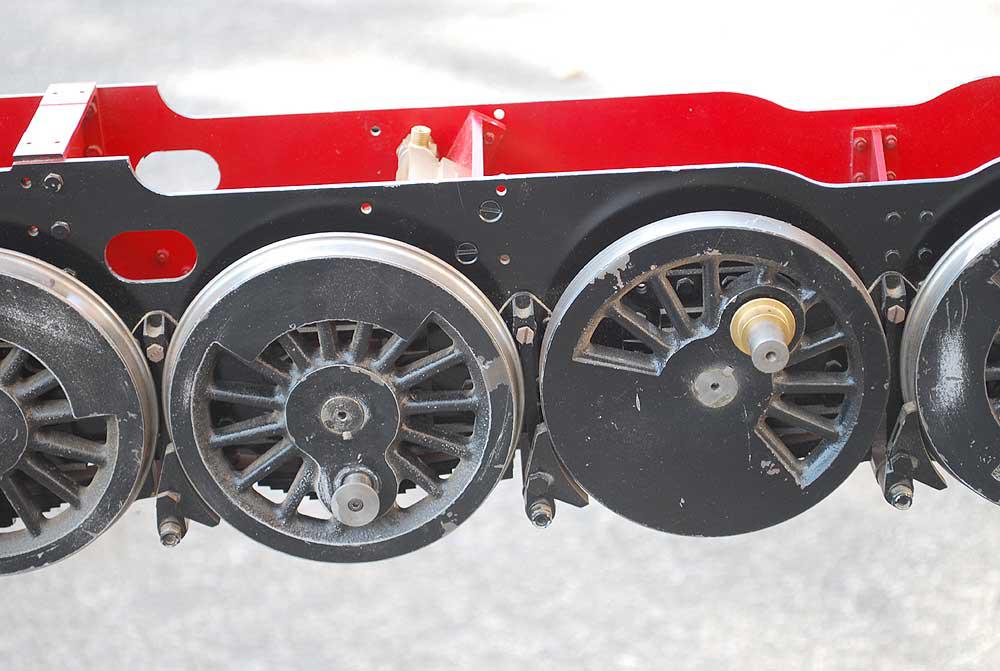 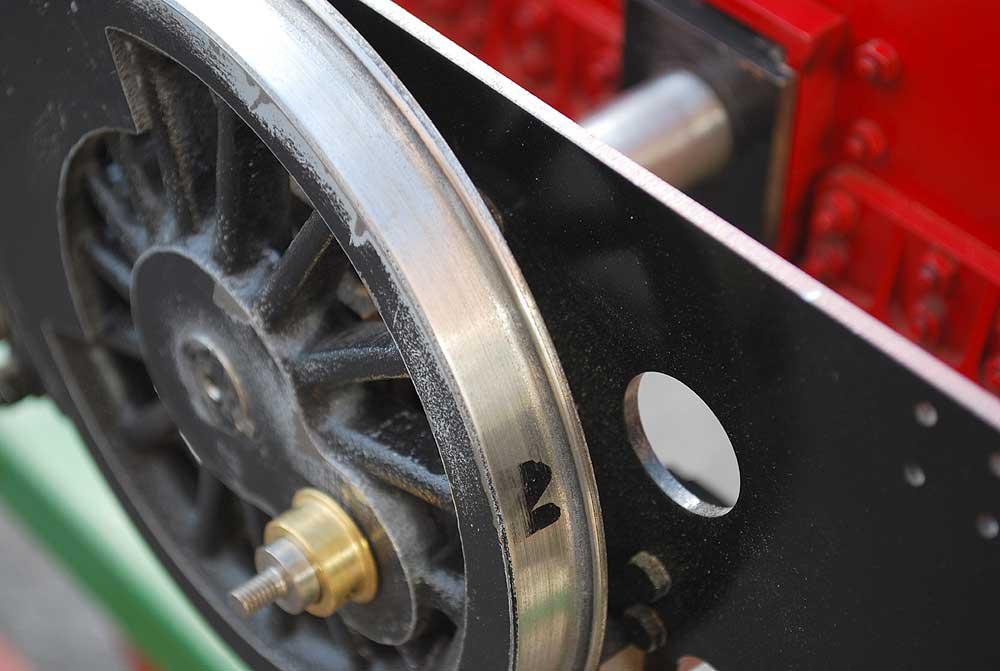 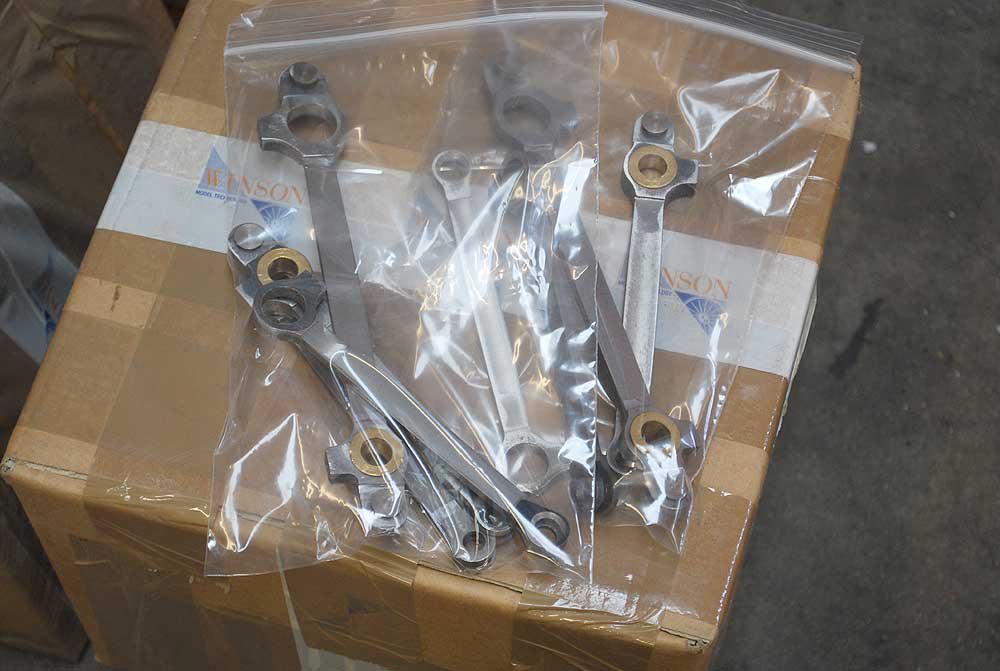 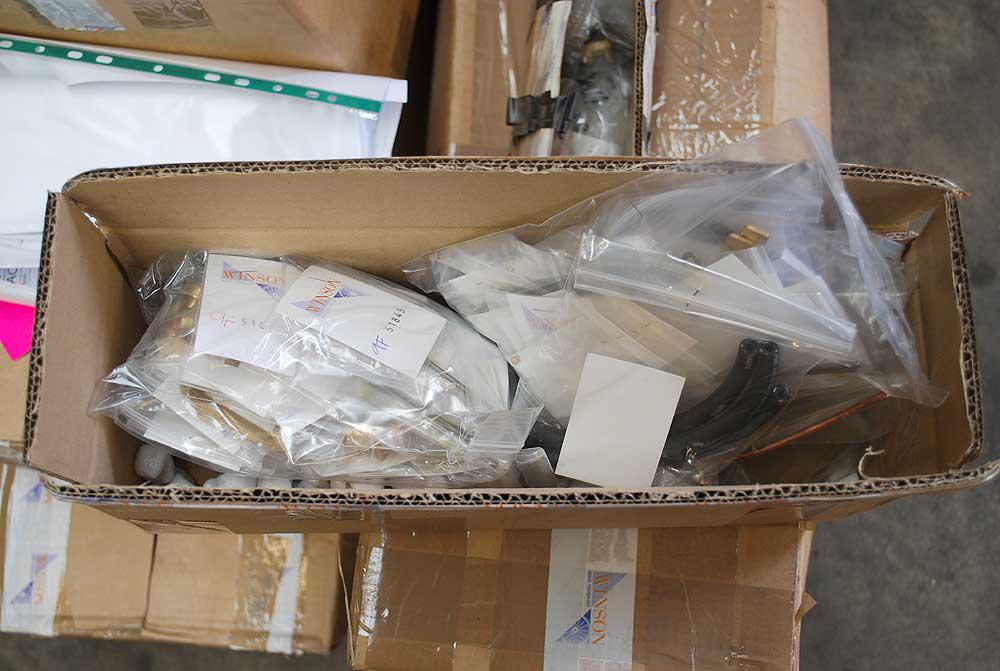 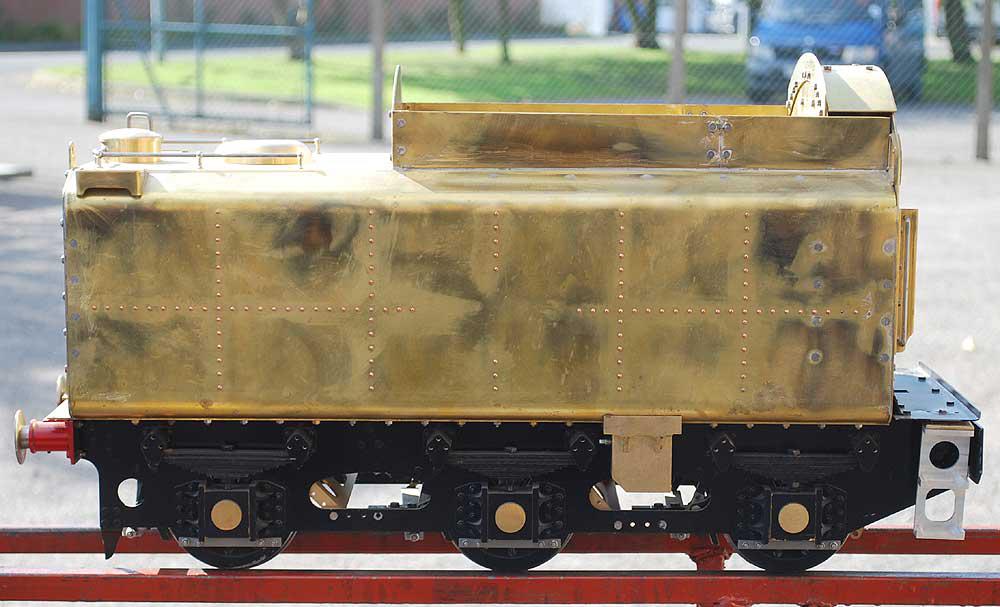 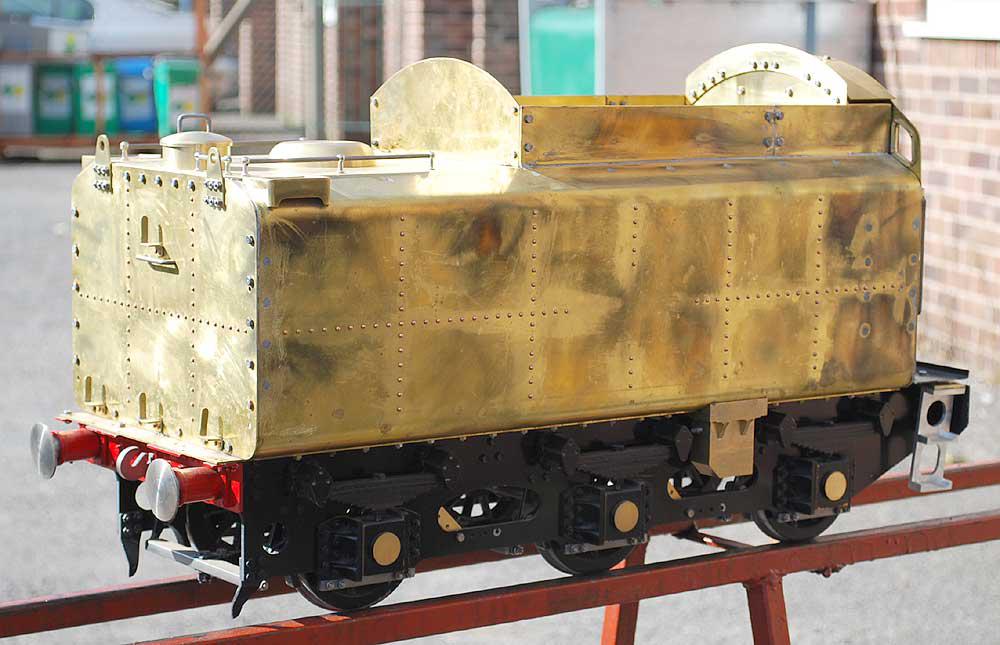 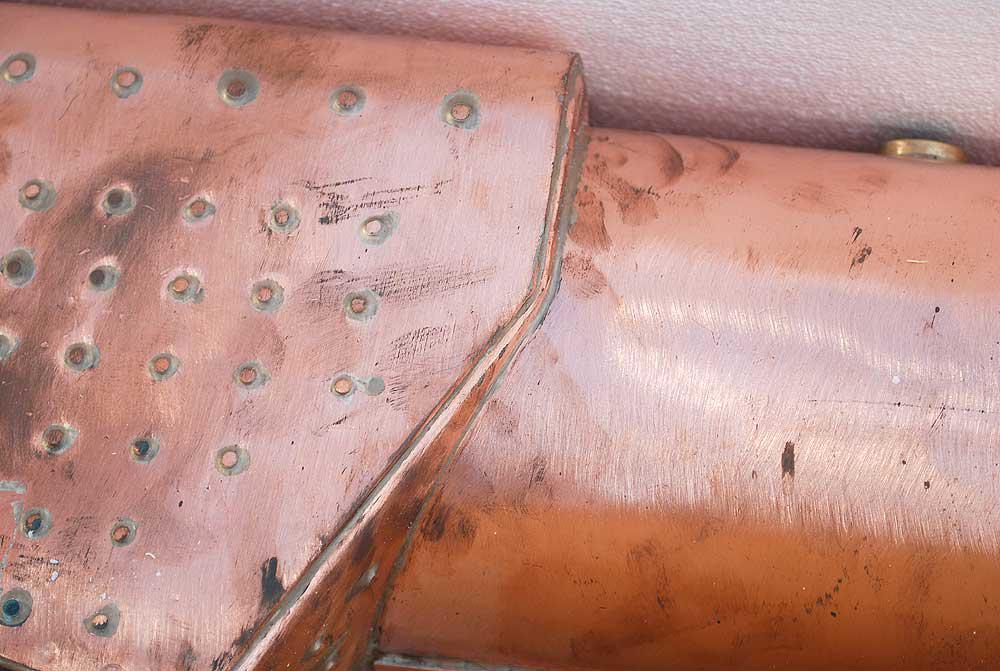 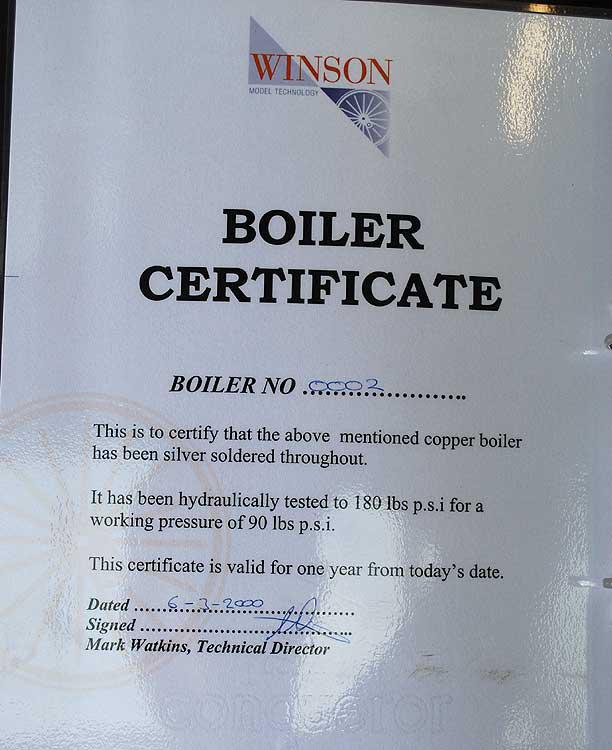 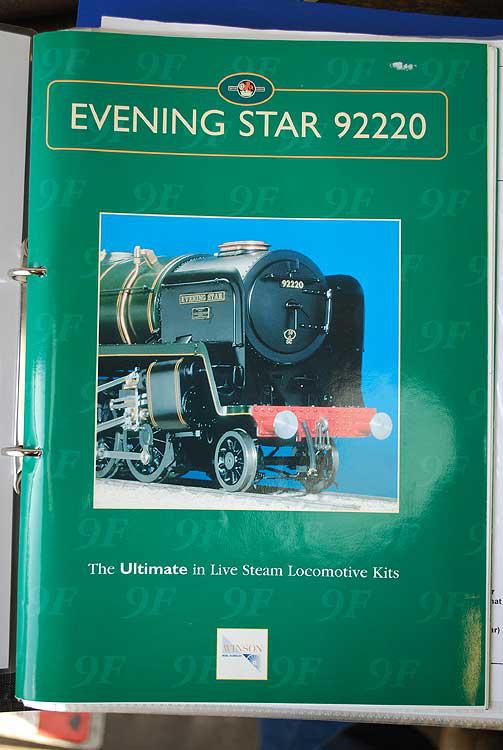 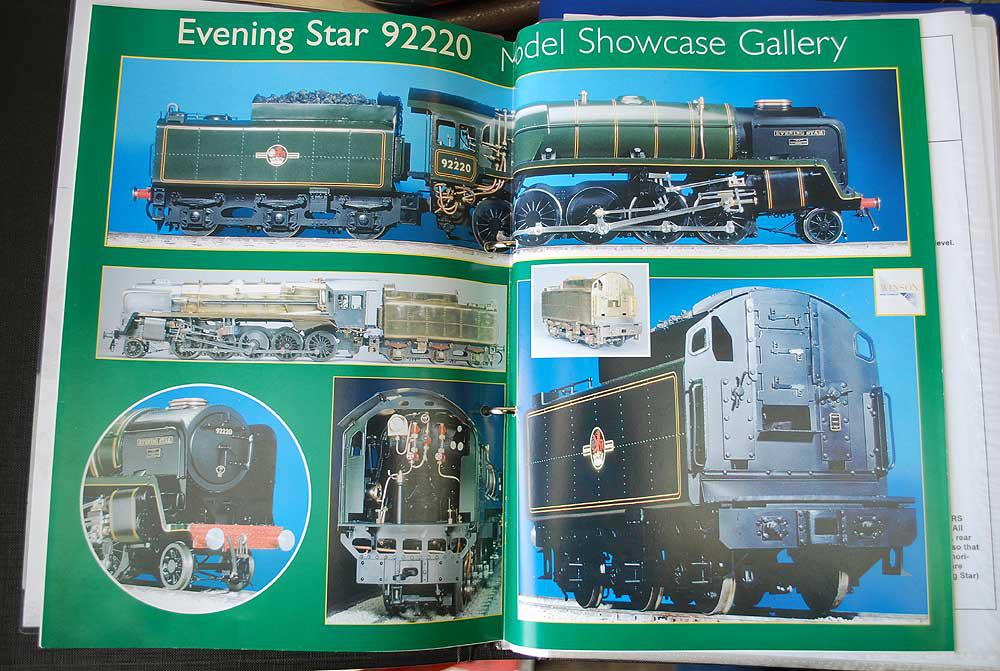 A complete set of kits for a Winson 9F, bought by a gentleman direct from the factory when they first came out. Living locally to Daventry, he collected each kit as they were produced, on one of his visits he saw their 7 1/4 inch gauge Britannia and made a start on that as well. Both engines progressed to a rolling chassis stage, with largely completed tenders, when a combination of anno domini and the loss of a friend who was helping him led to the project stalling. For the last few years both engines have been in in a heated workshop, the electricity bill to keep them dry and rust-free finally becoming one of the major factors in deciding to sell!

Theres not a great deal to be said about the Winson models in general and the 9F in particular that isnt already known. Produced as a kit over 18 instalments, the original cost was over 7000 ten years ago. Whilst CNC machining everything saved a great deal of time over scratch-building, selling the engines as bolt together with hand tools for beginners was probably not the brightest of ideas in retrospect. The Winson/ModelWorks engines I have had dealings with all need mechanical know-how, a decent workshop and, ideally, the ability if not the time to build from scratch if necessary.

Given these prerequisites, it is entirely possible to get a running engine from the bits supplied, given some work and a degree of cunning - it has to be said that as the years have gone by, much expertise has been gained and published on ironing out the wrinkles and getting things to work as intended which makes building the engines a good deal less stressful today than in 1999.

The majority of the parts are in good to excellent, ex-works condition, bar some of the platework which has surface rust (see the picture of the cabsides, which appear to have rusted gently in their original wrappings). The silver-soldered copper boiler is very nicely made - I believe that Cheddar made them at this stage in the company's history. The original owner had never opened the crate, the boiler saw the light of day for the first time in nearly ten years the day I collected it.