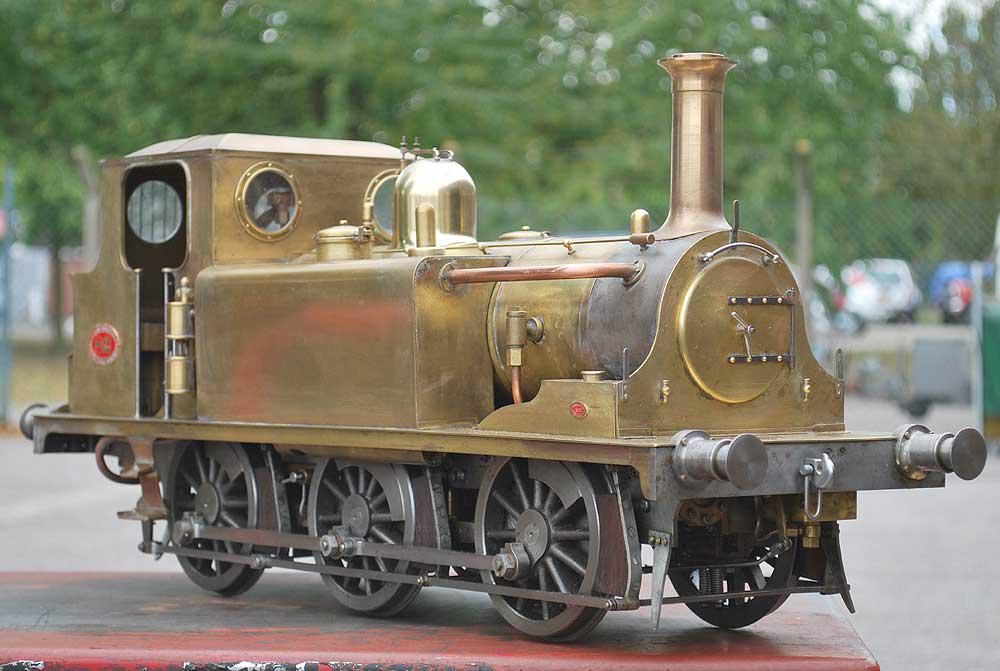 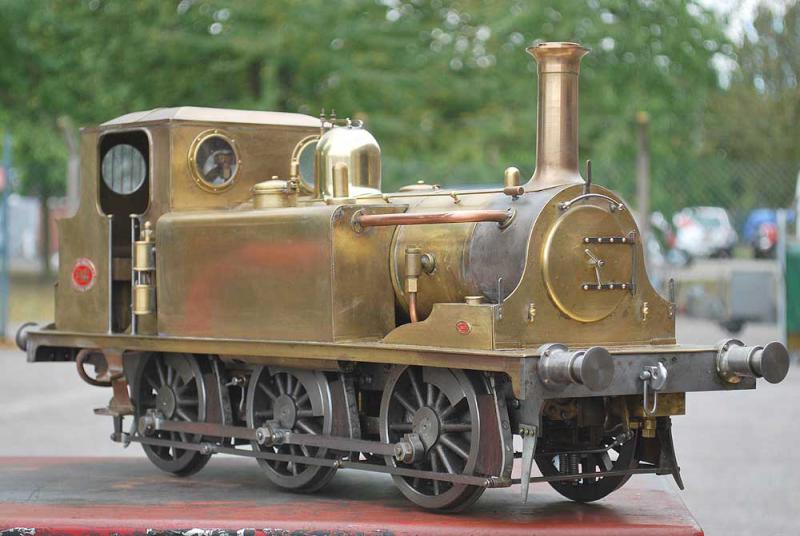 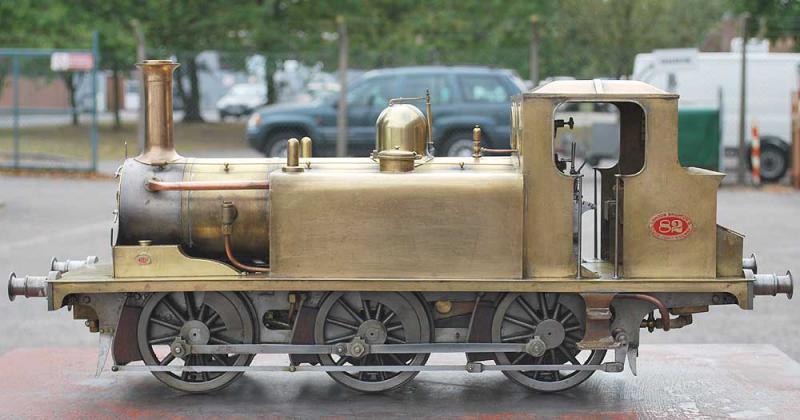 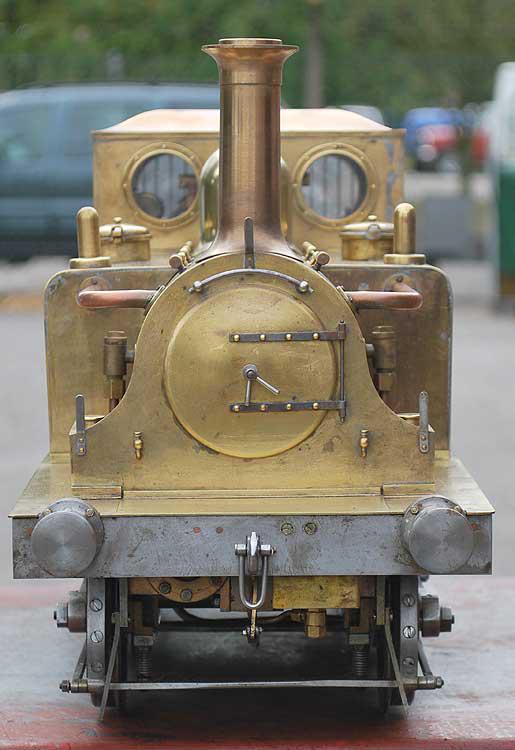 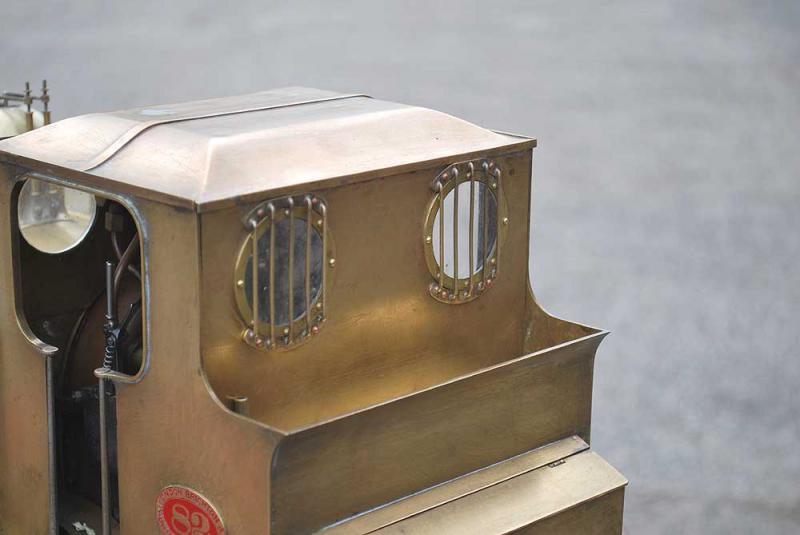 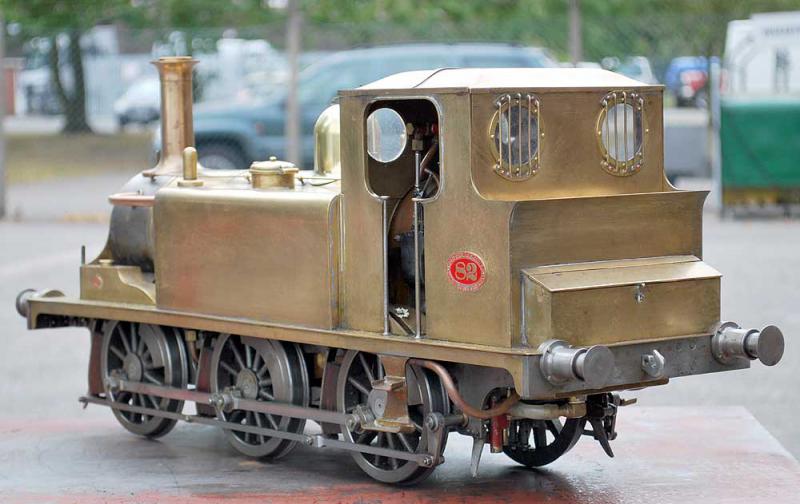 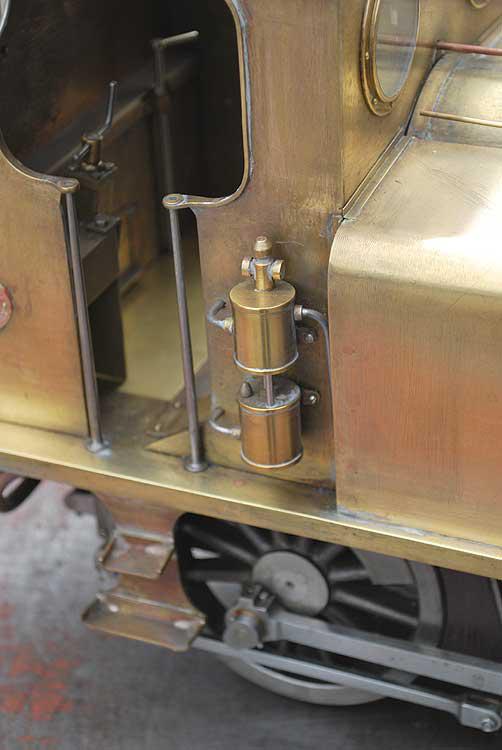 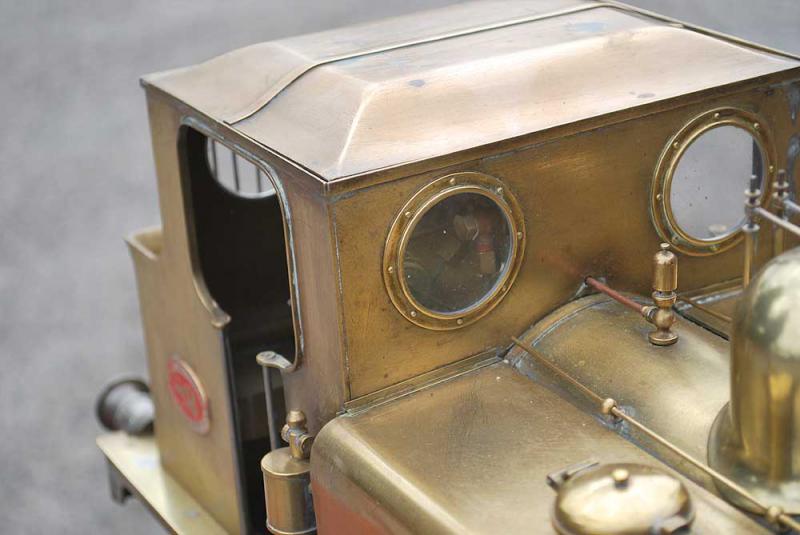 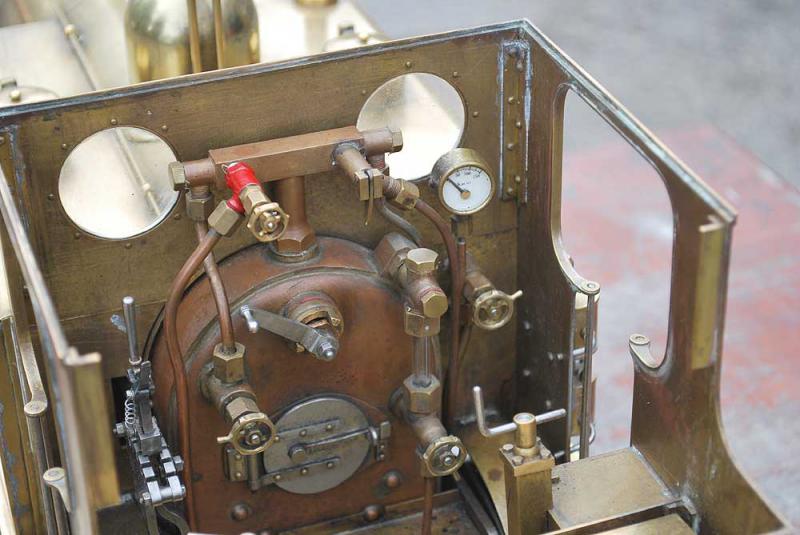 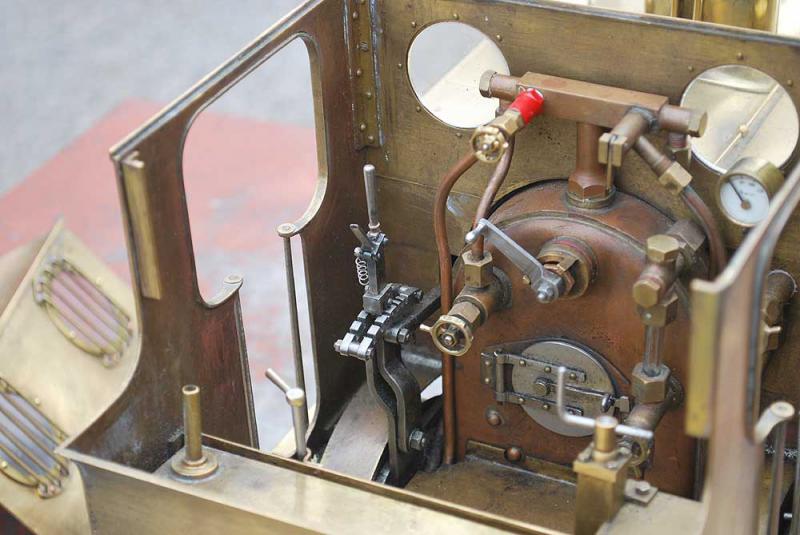 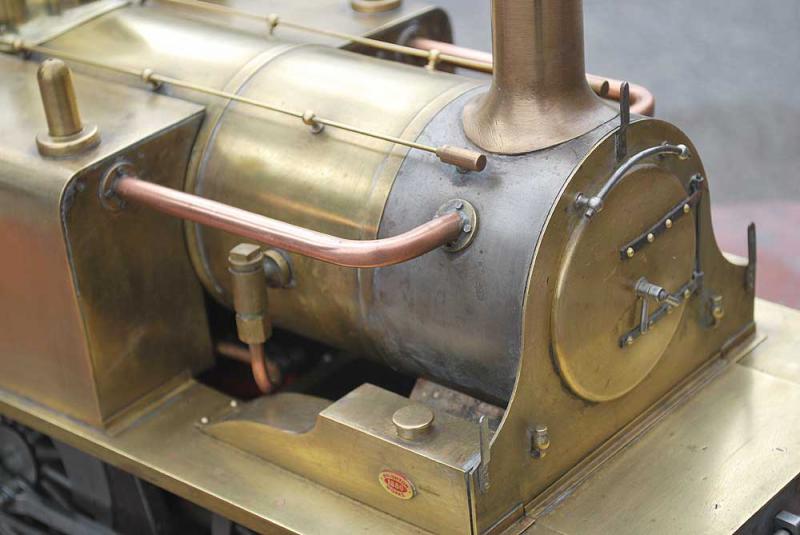 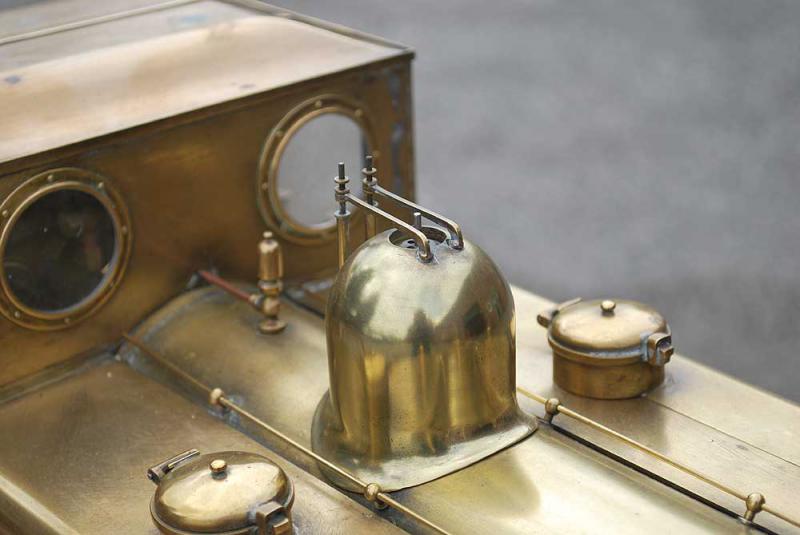 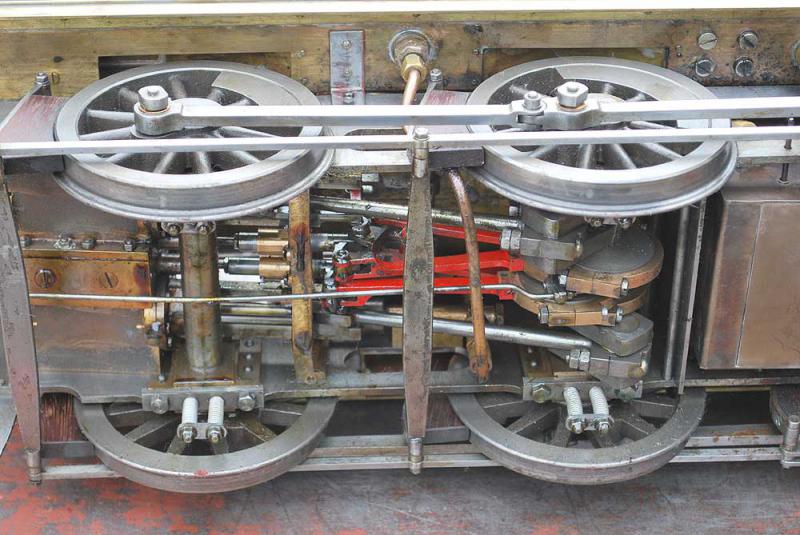 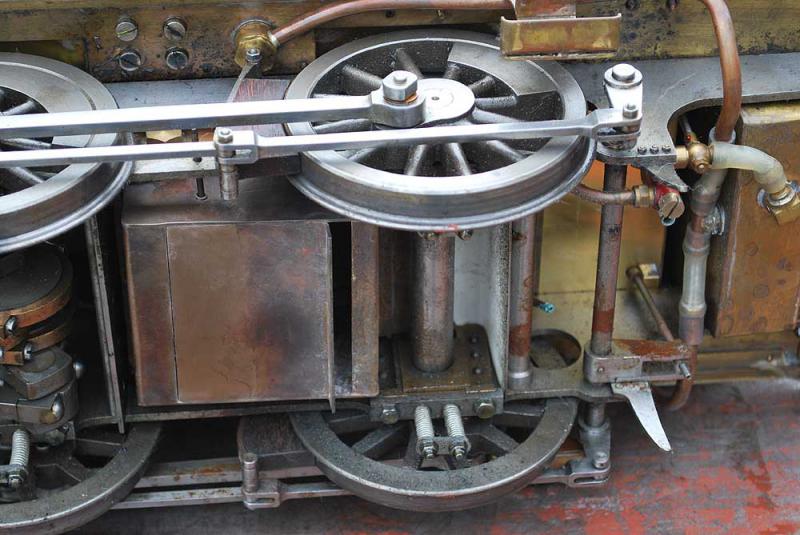 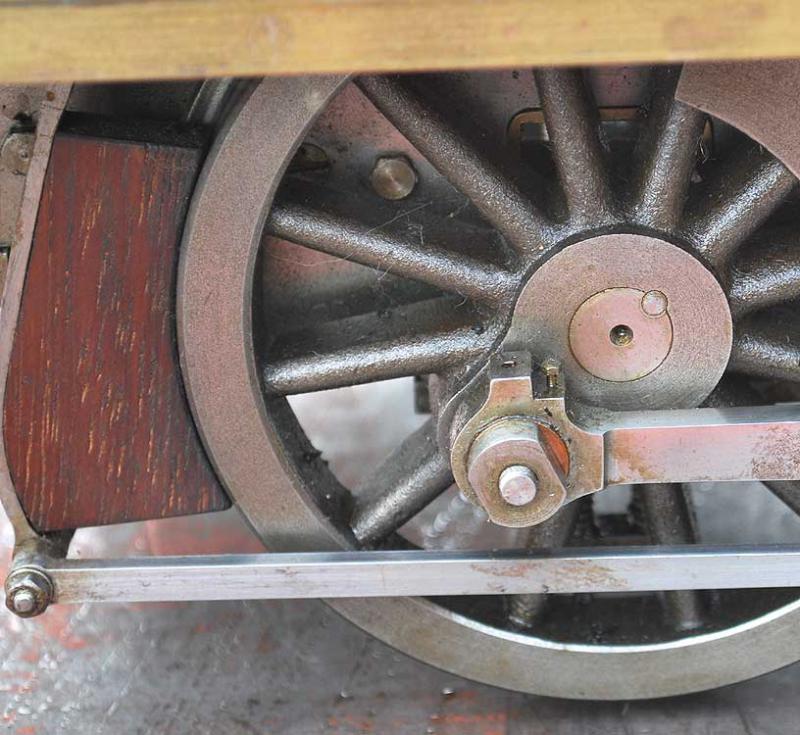 I first tried to buy this engine when it had just been outshopped new by a friend at Reading SME, where I used to run when living at Woolhampton. He was a prolific builder (and remains so, now retired to Devon) - on the day, I was beaten to this one by friend Gerald who had faster reactions and deeper pockets. All good things come to those who wait though, a year or two later it came in as part exchange against a traction engine, since when it's been living in company with the superb Standard Class 5 "Camelot" I sold back in 2003.

The engine was never painted by the builder, it has been run infreqently thus far and remain, mechanically, in as-new condition. Whilst it could continue to run around like this for the rest of its days, somebody with the patience and ability to strip, clean and paint it in lined out "Improved Engine Green" could produce an excellent model which would look as good on the sideboard as it would at the club.

I wrote up all the technical bumph back in 2005, it's still an 0-6-0 with a copper boiler so I'll leave you to look at the original words here.