Sold July 2007 Back to Archive 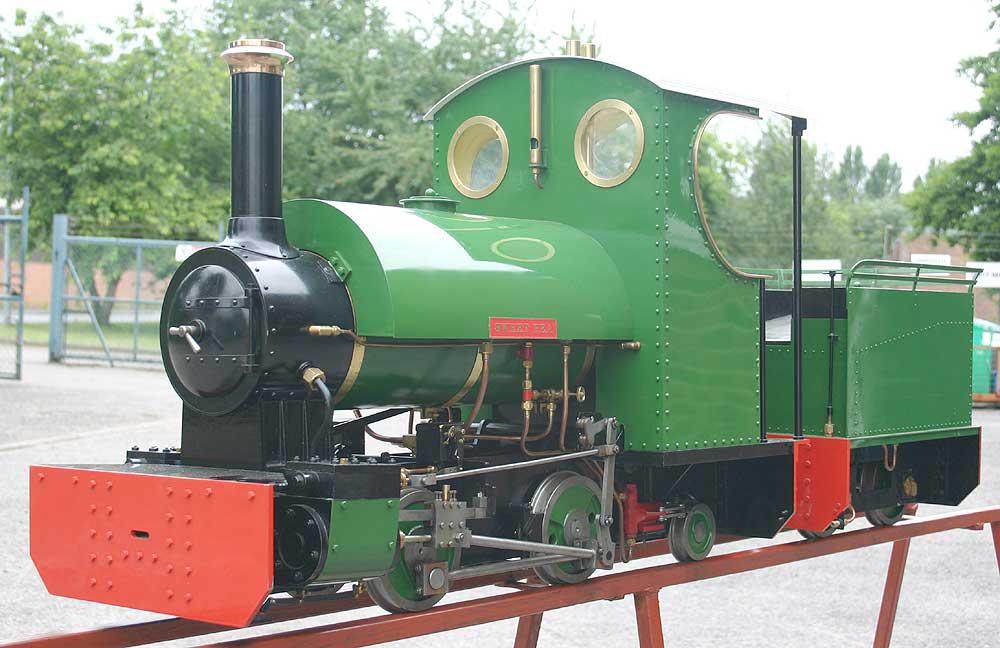 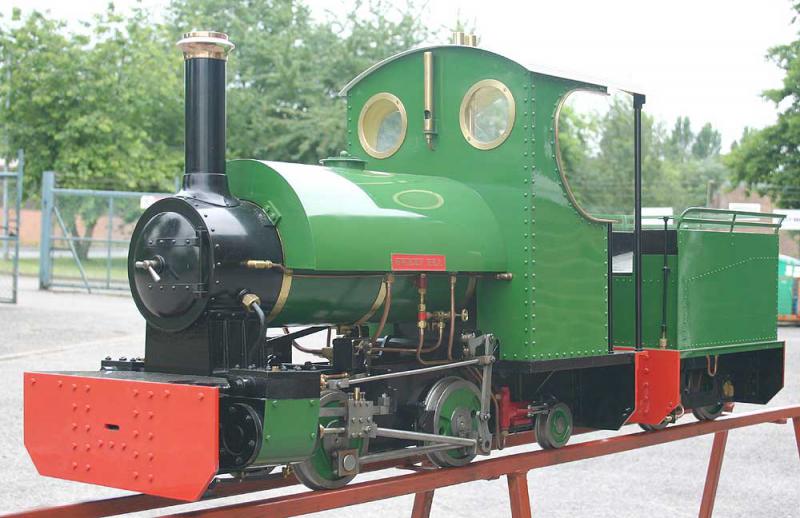 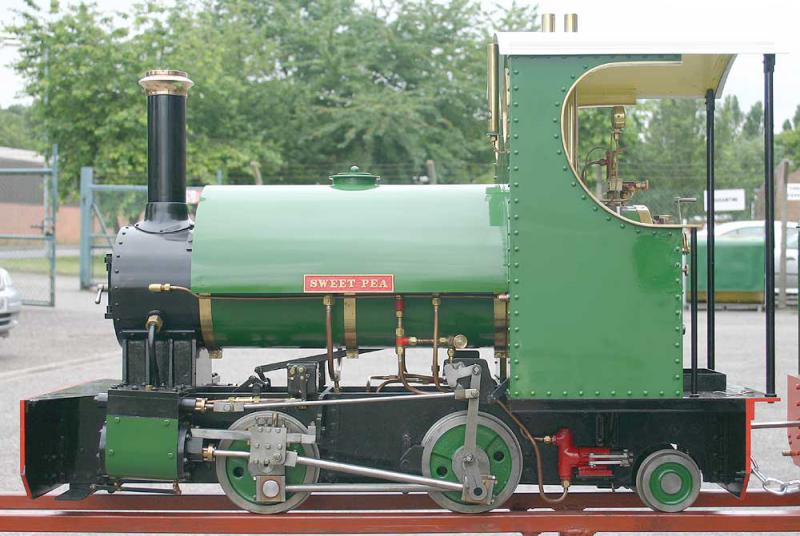 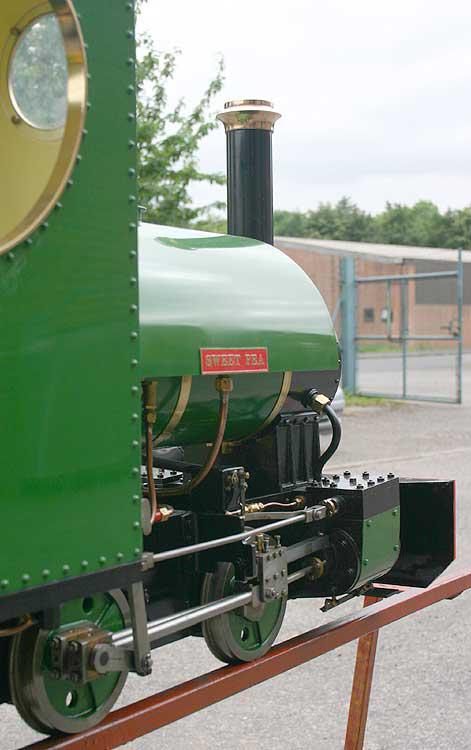 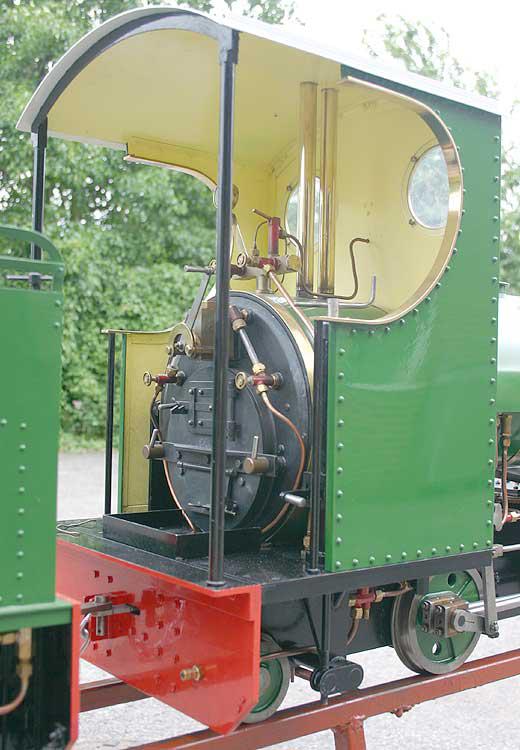 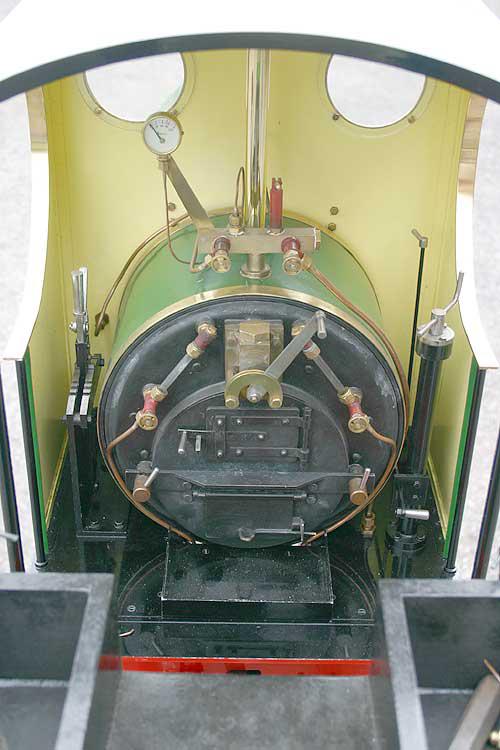 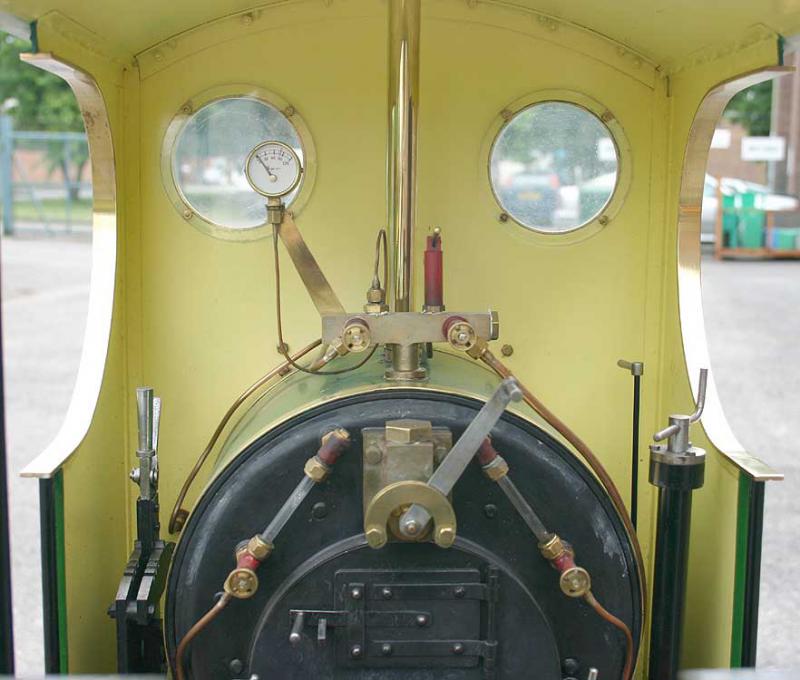 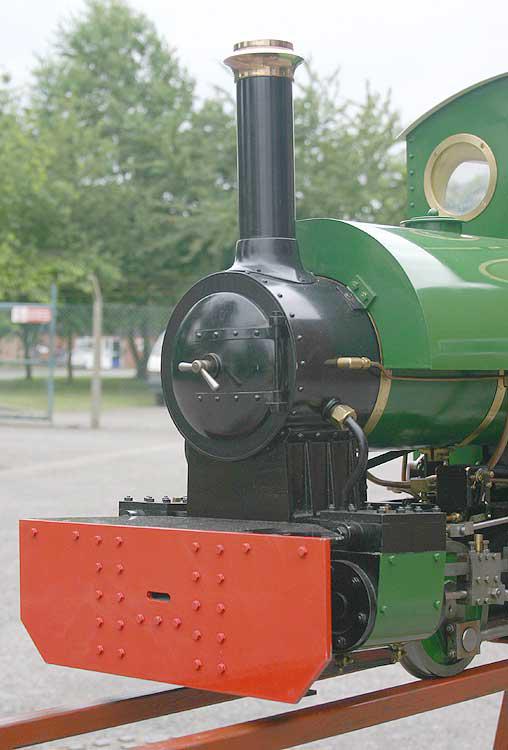 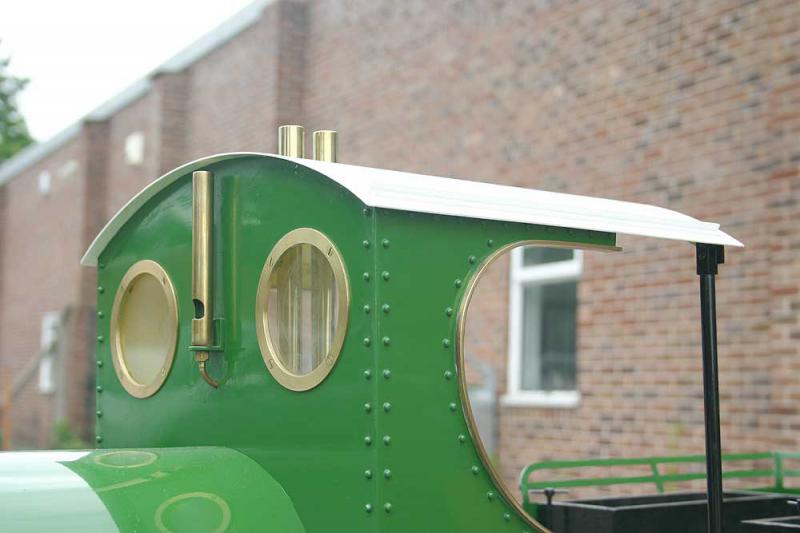 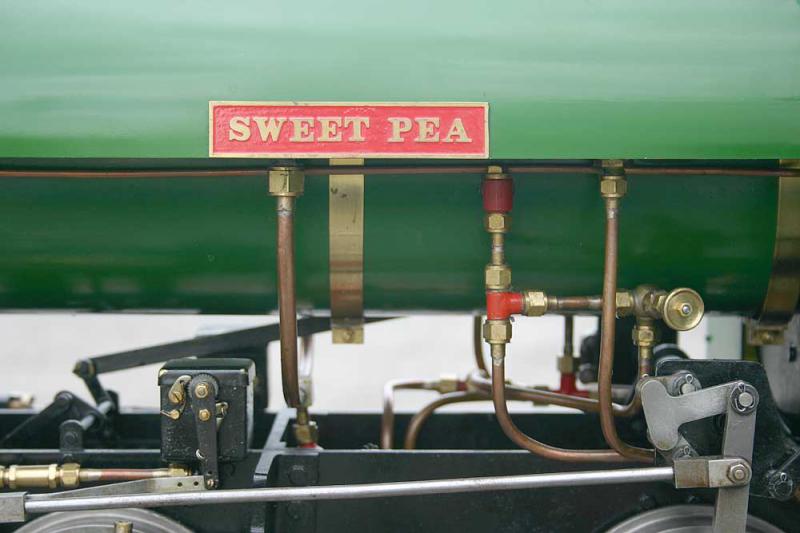 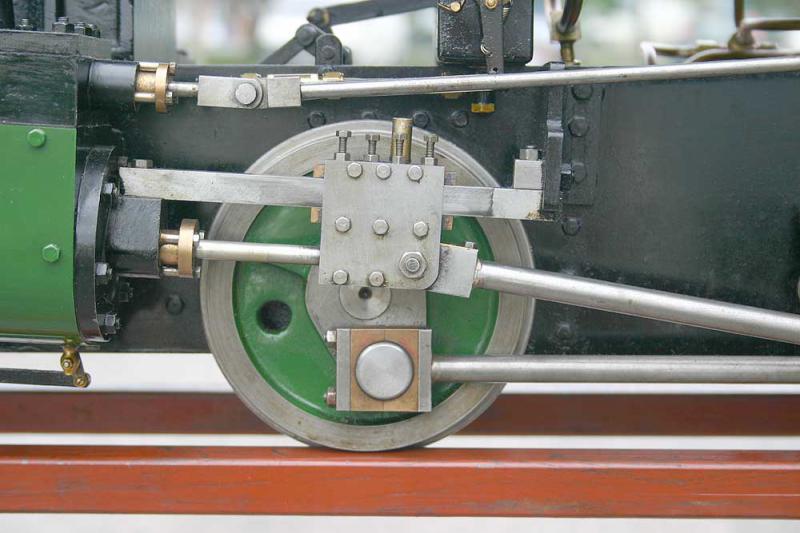 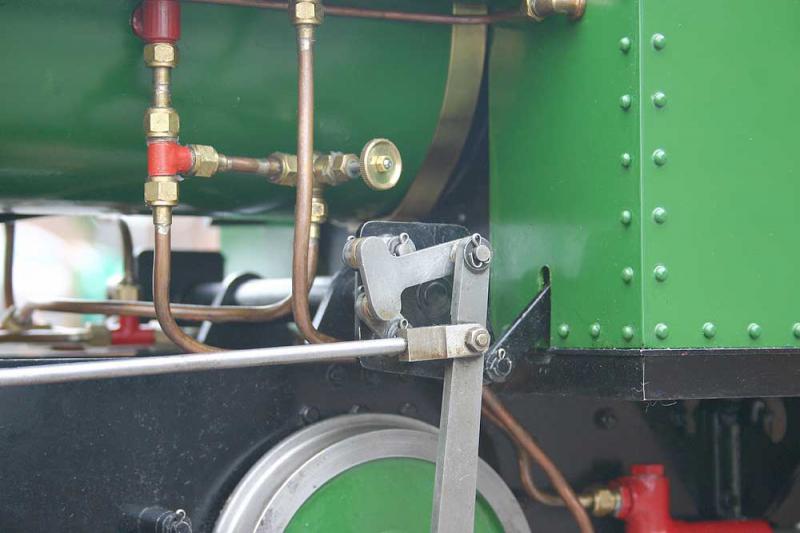 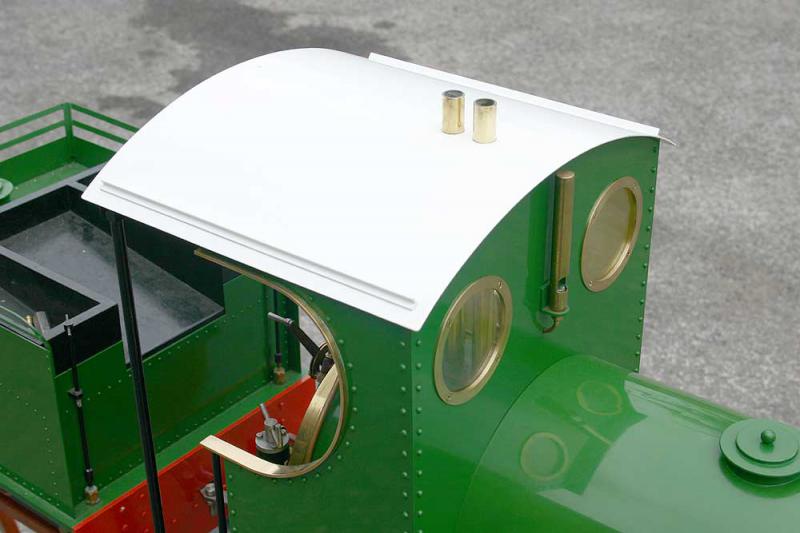 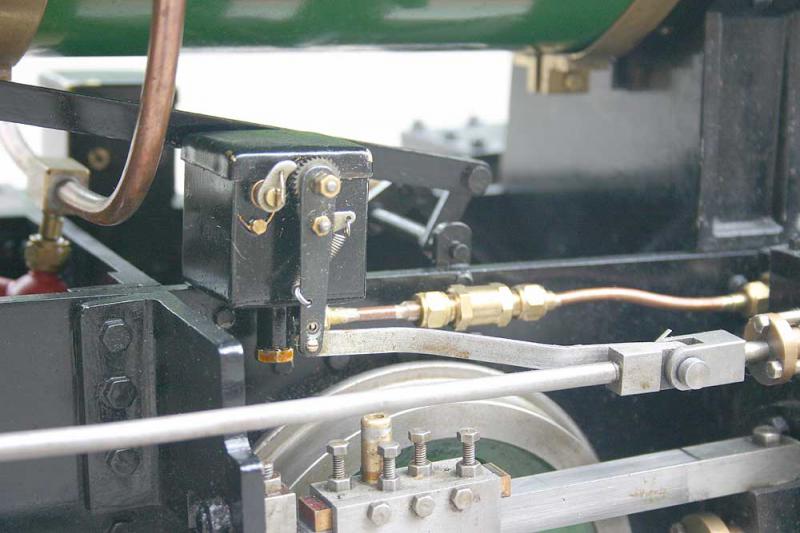 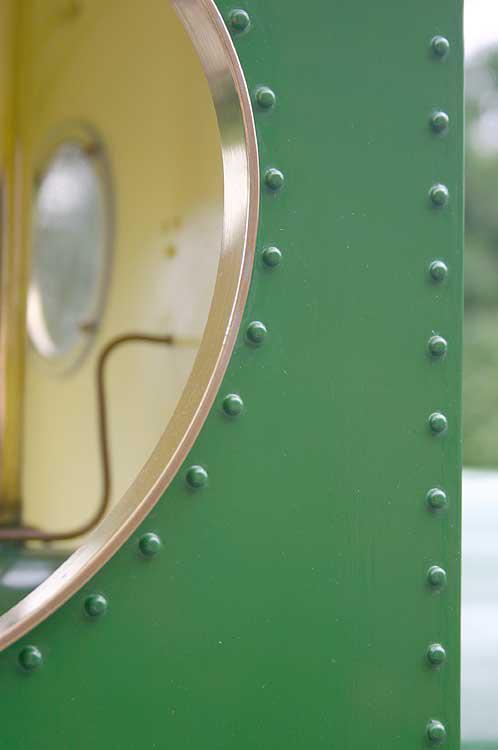 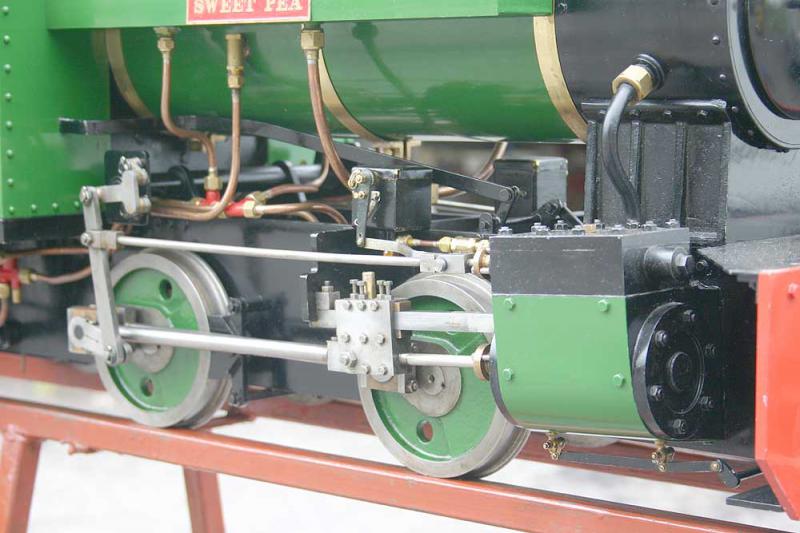 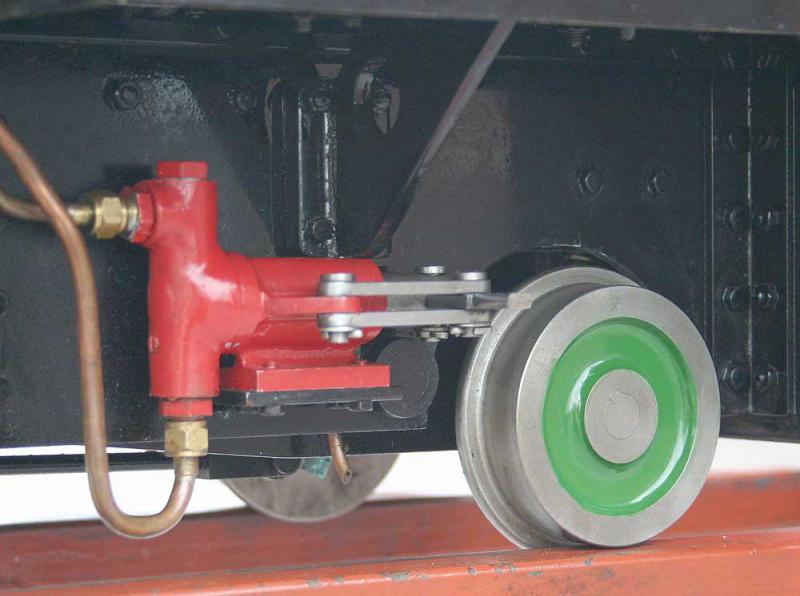 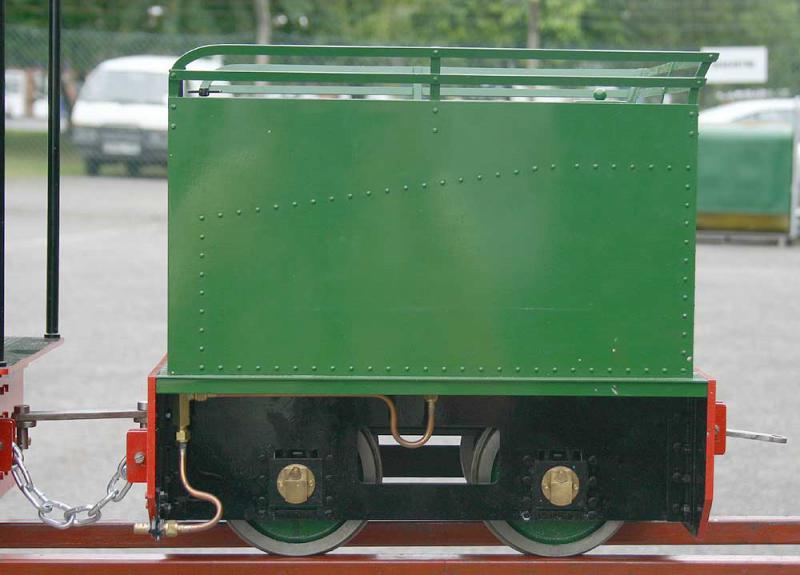 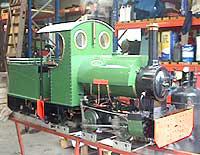 An exceptional "Sweet Pea", built by a fine engineer, the man also responsible for the "William" I sold recently. Completed in 2002, the engine has been steamed on a handful of occasions and is in as-new condition throughout.

Silver-soldered copper boiler, twin superheaters, feed by axle pump and injector with auxiliary hand pump beneath cab. The injector water is fed from the tender, the two pumps feed from the saddle tank.

Gun metal cylinders with slide valves actuated by modified Hackworth valve gear with pole reverser in cab. Twin mechanical lubricators. Drain cocks rod operated from cab. The design for the valve gear modification was published in "Engineering in Miniature" some years ago - the builder made the standard Hackworth slider and die block assembly as drawn (and which is supplied with the engine) before making and fitting the modified version. Resembling Marshall valve gear, it replaces the sliding block, a known wear point on Sweet Peas, with pivots. In operation it is impressive, the engine goes very well and notches up to give near-silent running.

Four wheeled tender with removeable coal box in top with water tank beneath. There are two taps from the tank, one supplying the injector, the other could be used as a feed for the pumps in addition to the saddle tank. In addition to a bar coupling, a check chain is fitted between locomotive and tender.