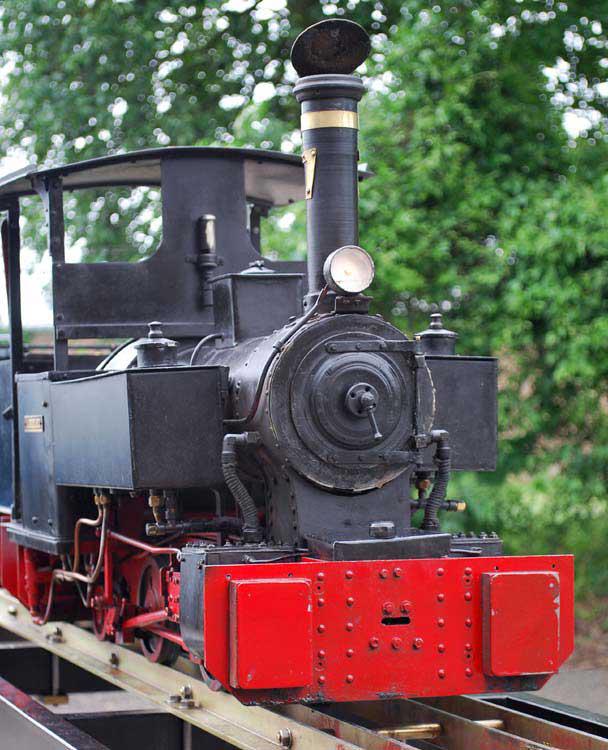 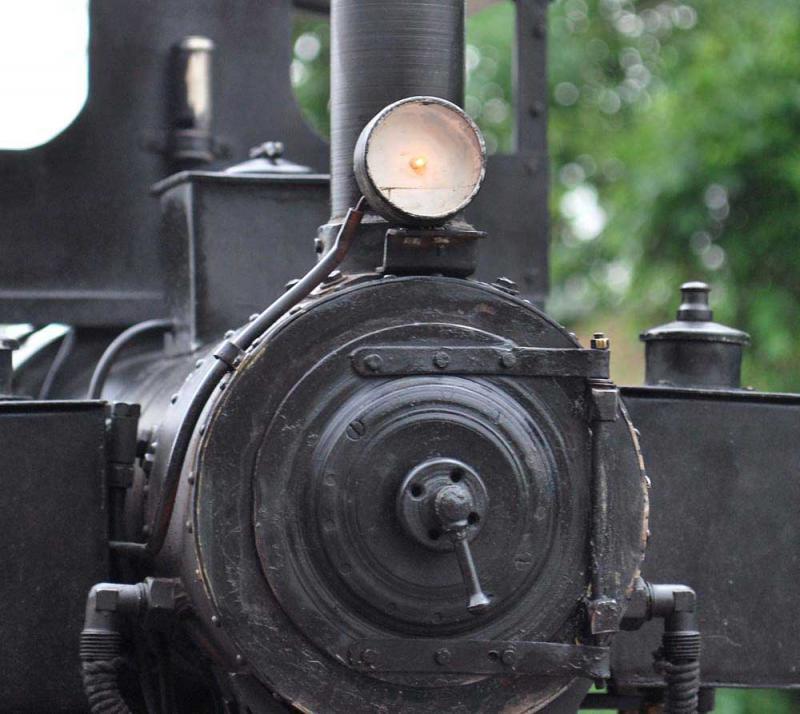 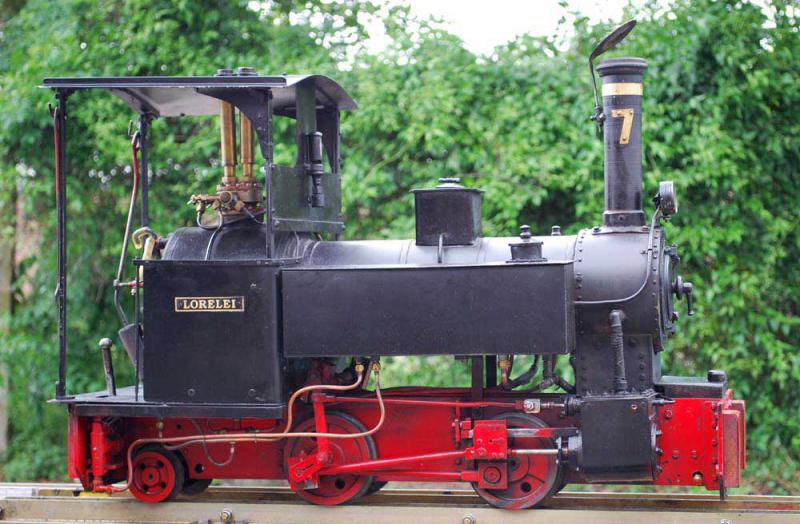 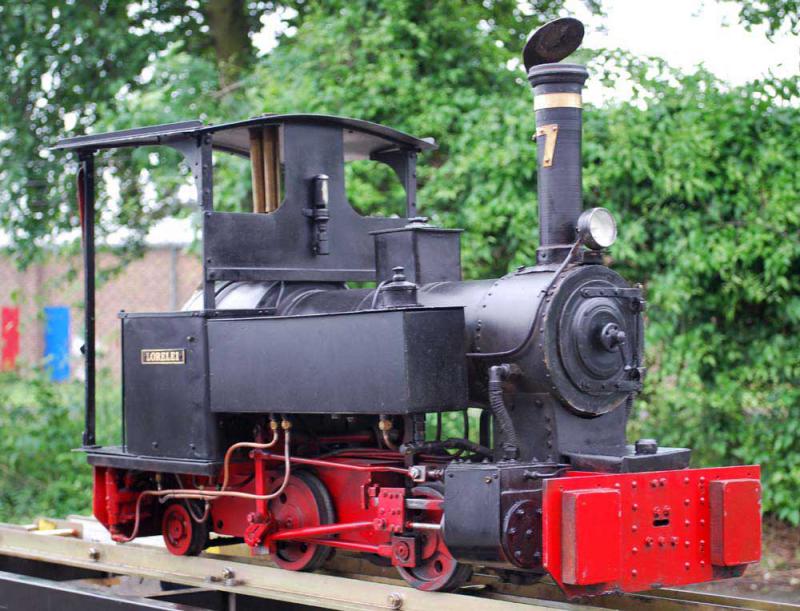 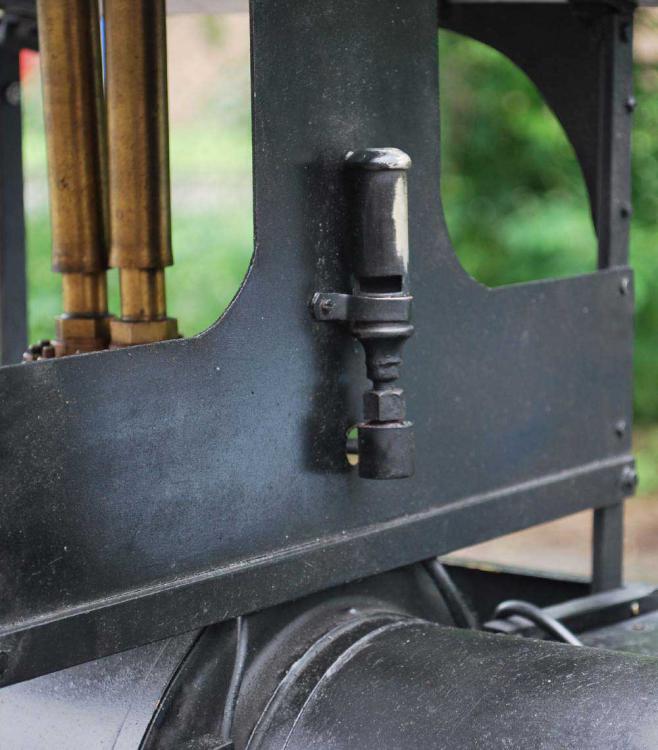 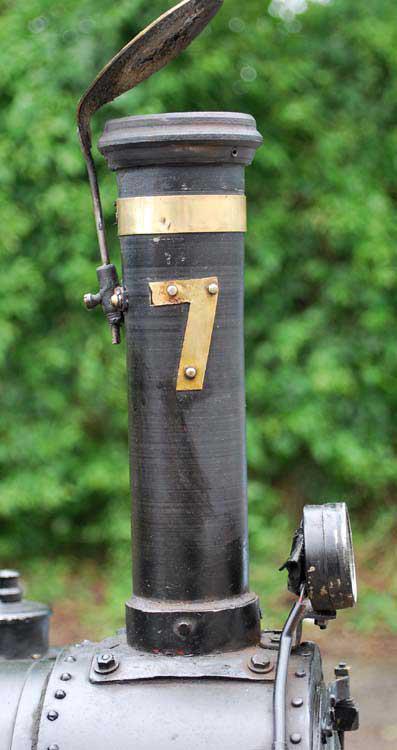 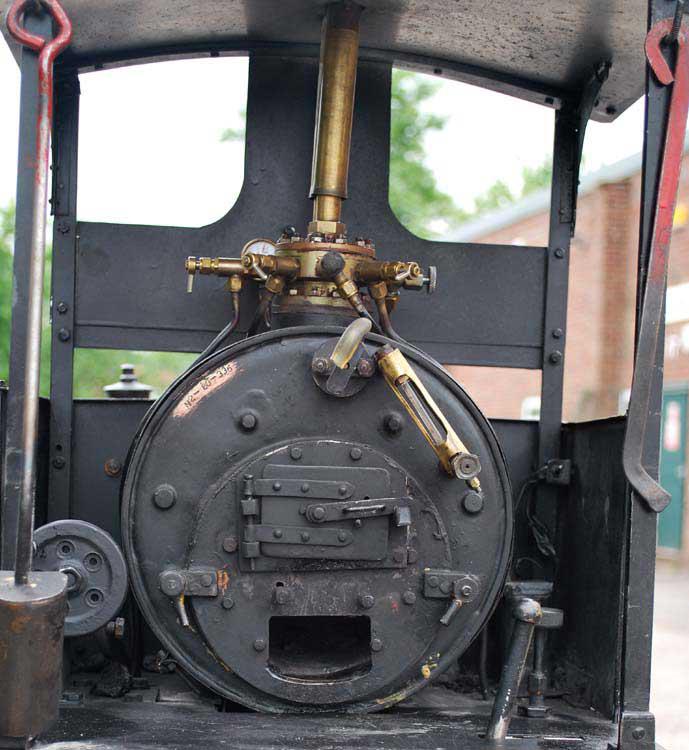 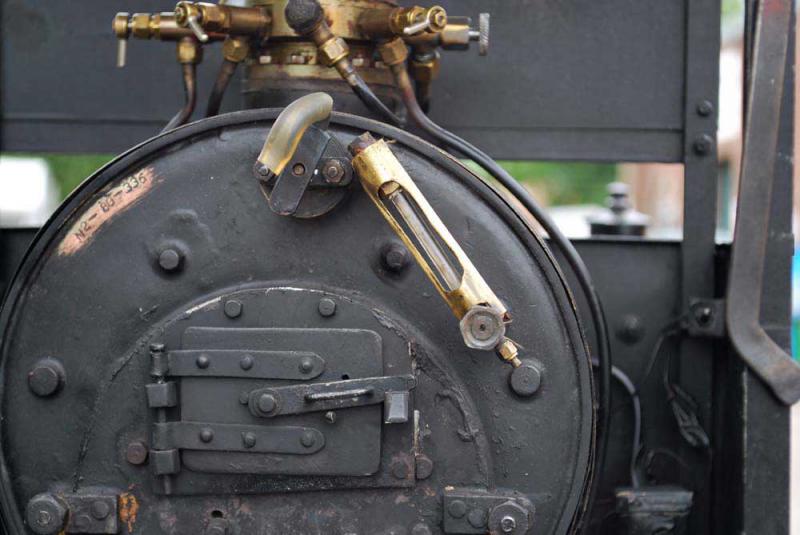 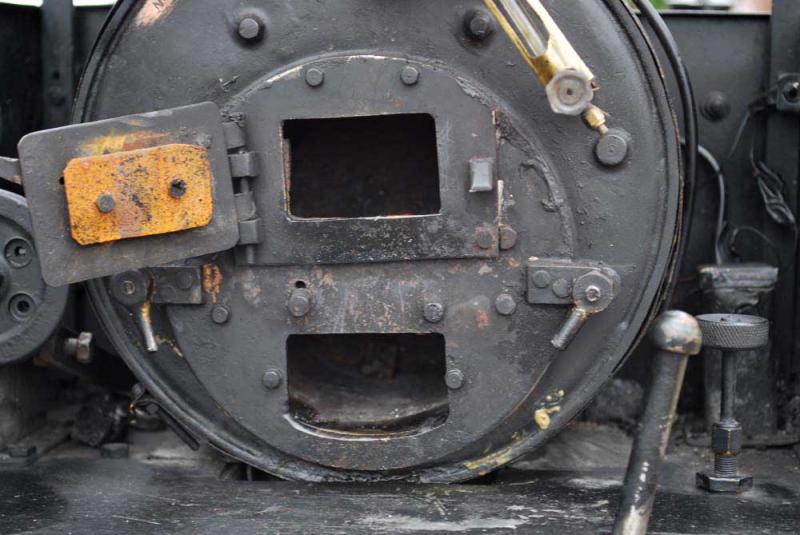 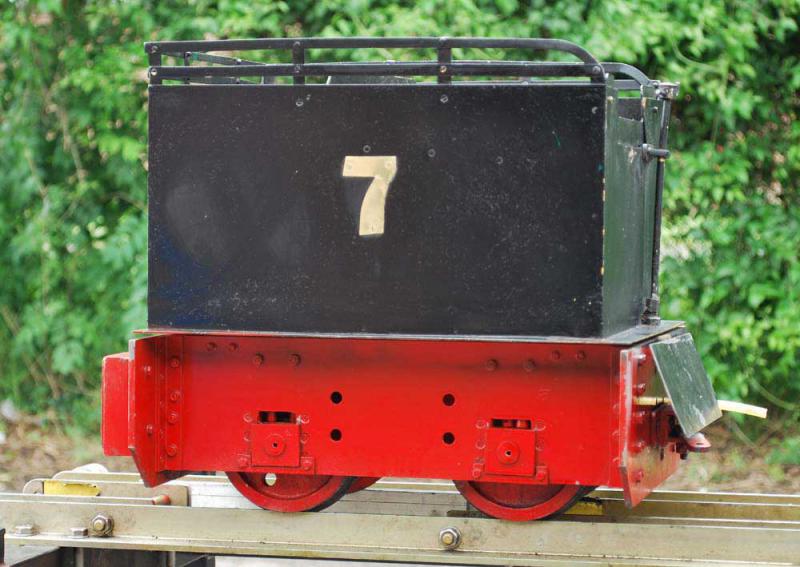 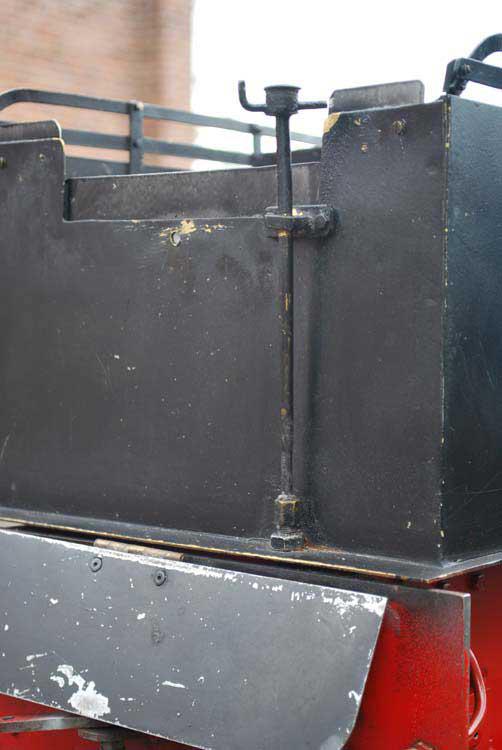 I've had this one in before, it's recently come back in part exchange against a large electric locomotive. Pictures are from before, it looks pretty much the same now.

The work of an experienced model engineer with a large number of locomotives, stationary and traction engines to his name, this "Sweet Pea" was completed in 2007 and has been little used since. Paintwork and detailed finish are not his strong points, machining is to a fairly agricultural standard, however his engines typically have sound boilers and run well.

This one seems to have come out in "Bushveldt" guise, I expect because a pot of red and black paint came to hand, complete with a rather charming, O&K-style tender. I rather like it.