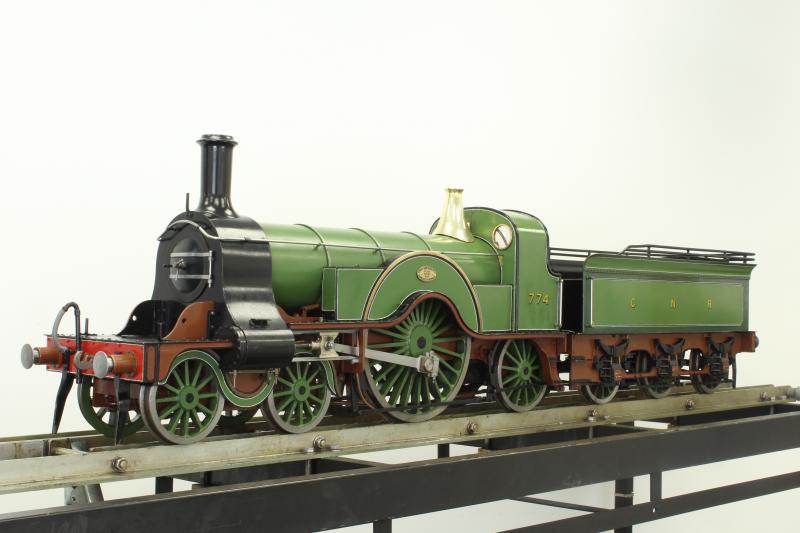 A 5 inch gauge model of Patrick Stirling's supremely elegant 8 foot single. Regular readers will know I keep a 7 1/4 inch gauge version in the library at home - to my eyes one of the finest looking locomotives ever built.

This one was well built - we believe some time in the early 1980s, from when its first boiler history dates. It appears to have had little use in the intervening years, motionwork and valve gear are in good order - it runs very well.

Boiler has been tested and is in good condition, feed is by axle pump with auxiliary hand pump in the tender. There is an injector fitted which works after a fashion, although more decorative than functional.

Regulator is of the push-pull type - leaking just enough to be annoying when the engine arrived. A new stainless steel bobbin was made and fitted, which sorted it out.

There's a short video of the engine running outside the workshop here.