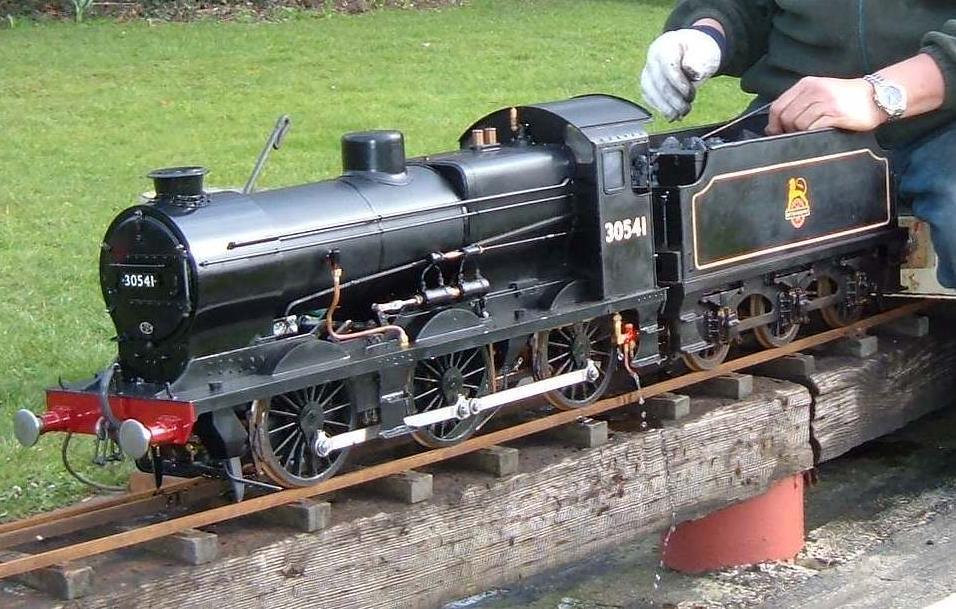 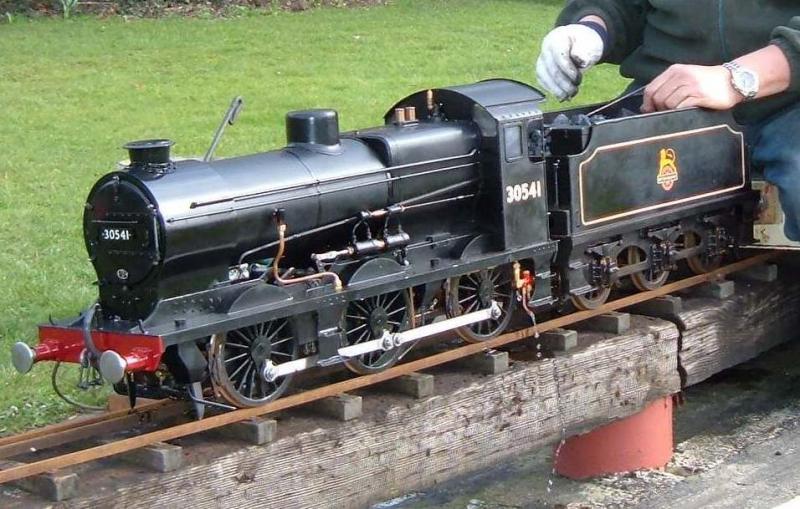 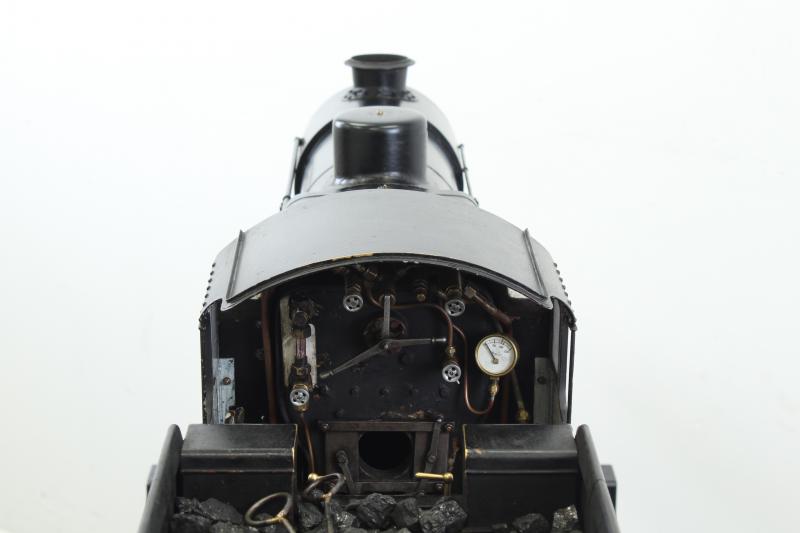 Not something we see every day - a 5 inch gauge model of the Southern Railway Q Class 0-6-0, designed by Maunsell and subsequently modified by Bulleid.

The model has come to us direct from the builder, an experienced model engineer with several other engines to his credit, including an S&D 7F and Southern River Class.

Drawings for the Q were produced by the builder who had access to 30541 preserved at the Bluebell Railway. The tender is the Maunsell 3500 gallon type, drawings were produced from a preserved example at the Watercress Line in Hampshire.

The engine has the Bulleid/Lemaitre 5 nozzle blast pipe with large diameter chimney - an original chimney in store at the Bluebell Railway was used for reference. The whole Q class were converted to this draughting, with several (including 541) converted back again later in life.

Boiler is based on LBSC's "Minx" design, the valve gear comes from Don Young's "Pom Pom" with balanced slide valves and straight through exhaust. Originally built with a steam reverser as per prototype, it has latterly been discretely converted to screw reverse, leaving the steam cylinder in place as a dummy, the new workings concealed within.

Built to work rather than as a glass case model, it steams and runs well - there's a clip of it in steam here. Paintwork is British Railways black in "working clothes" condition.

The model was winner of the Comben Cup at Guildford in 2011 - two of the pictures opposite show it at that event, the remainder were taken in the last few days.

Complete with a pair of carrying boxes.