Sold July 2017 Back to Archive 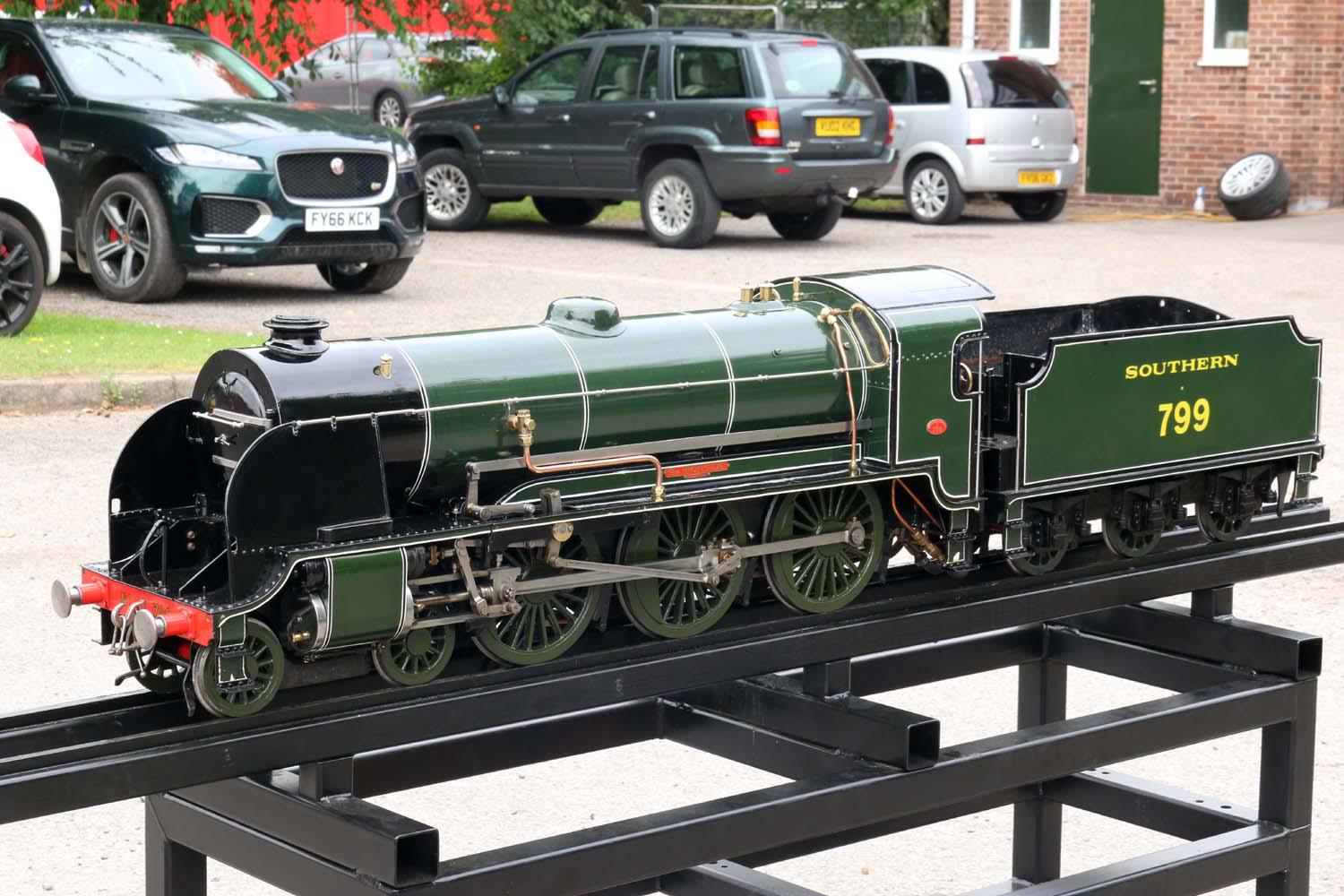 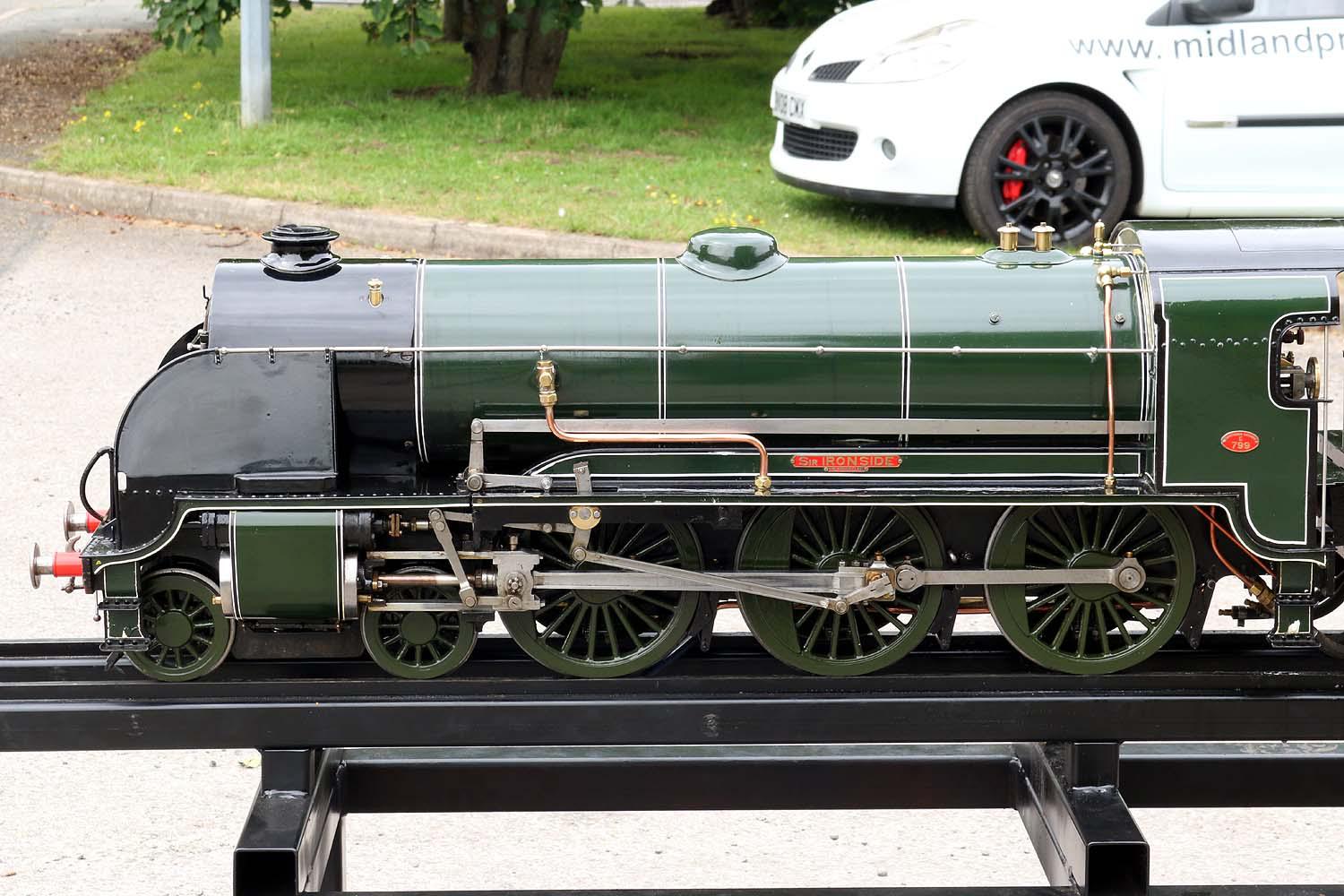 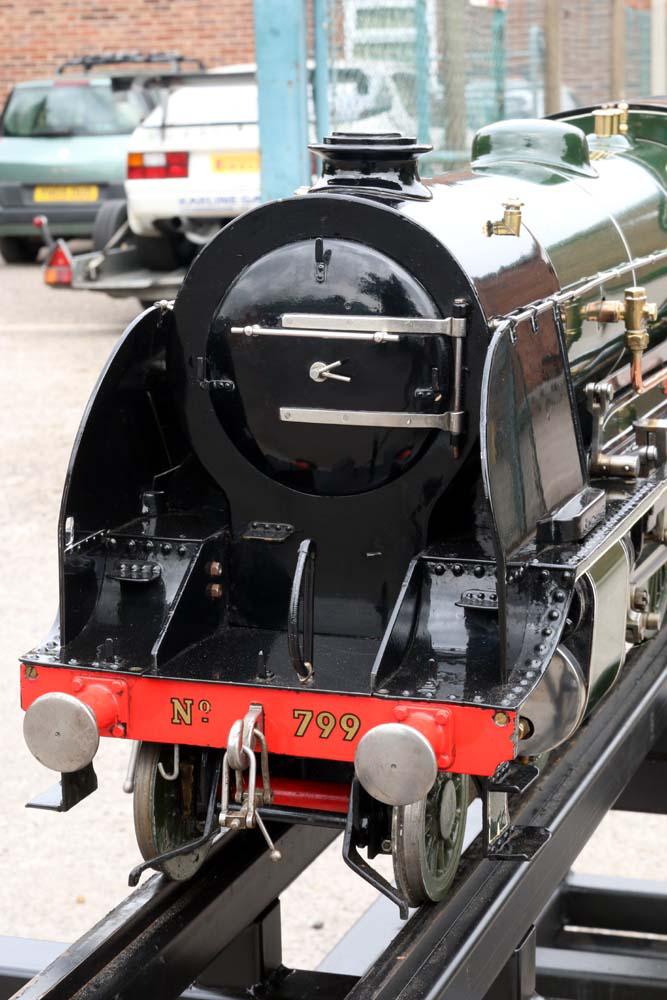 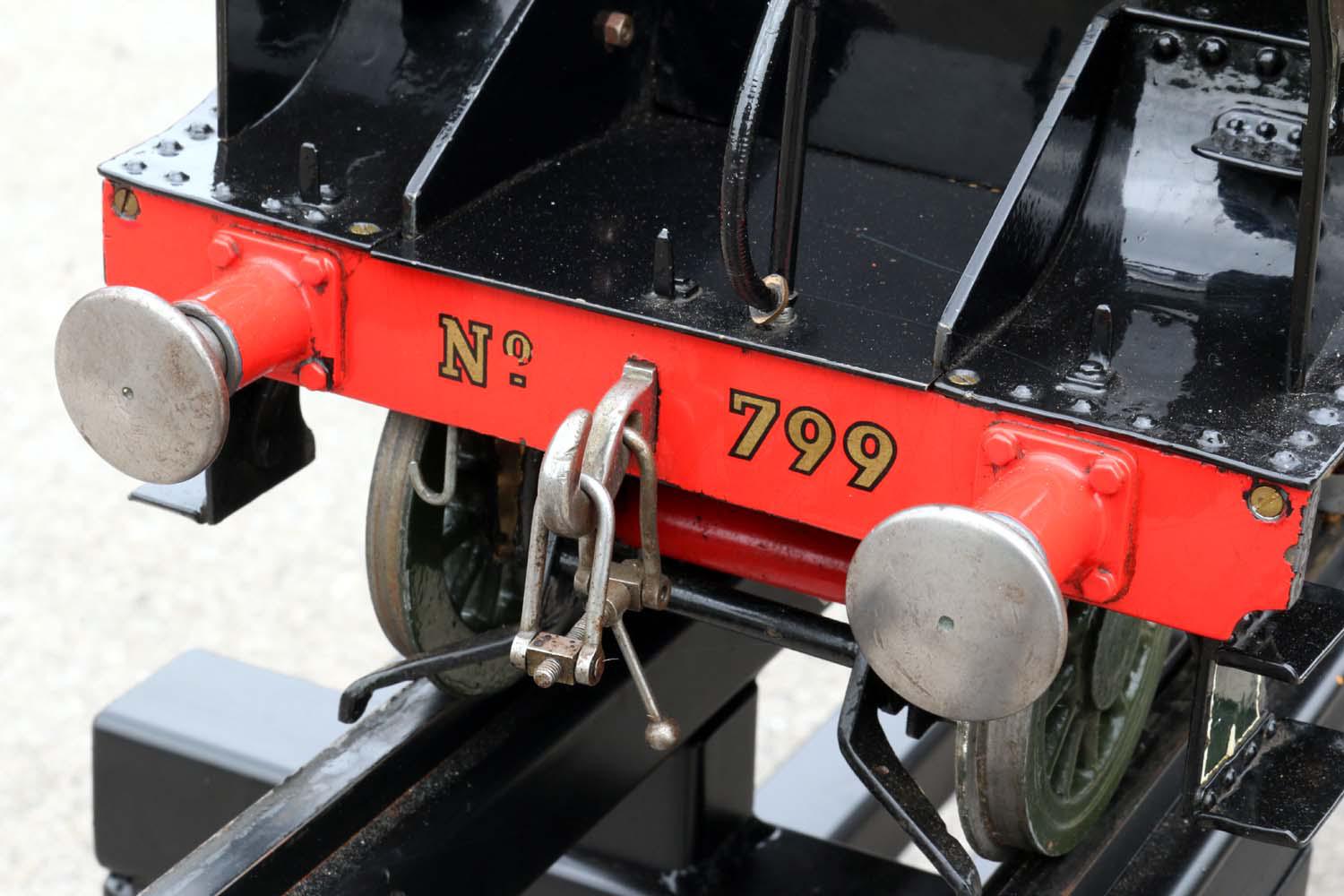 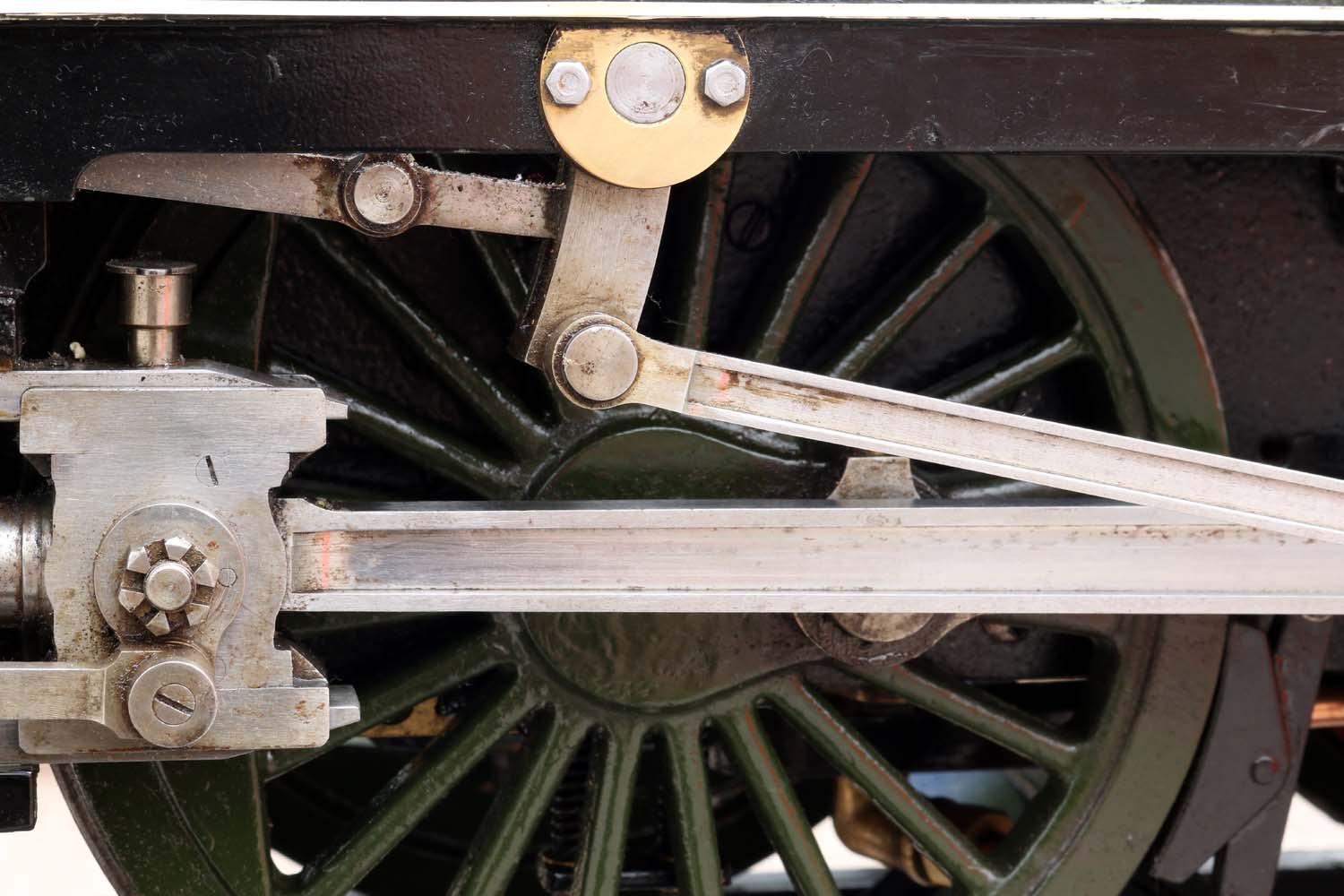 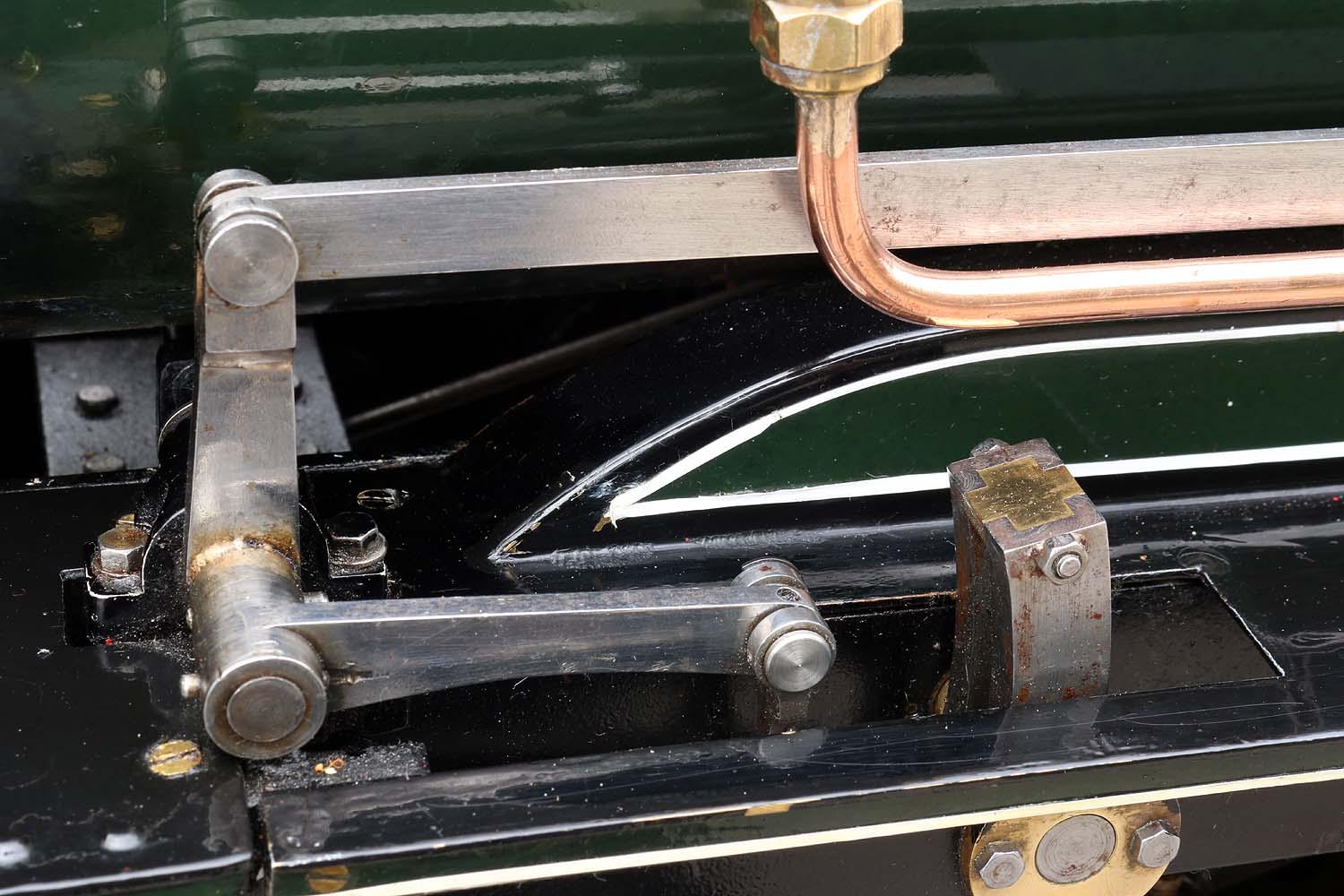 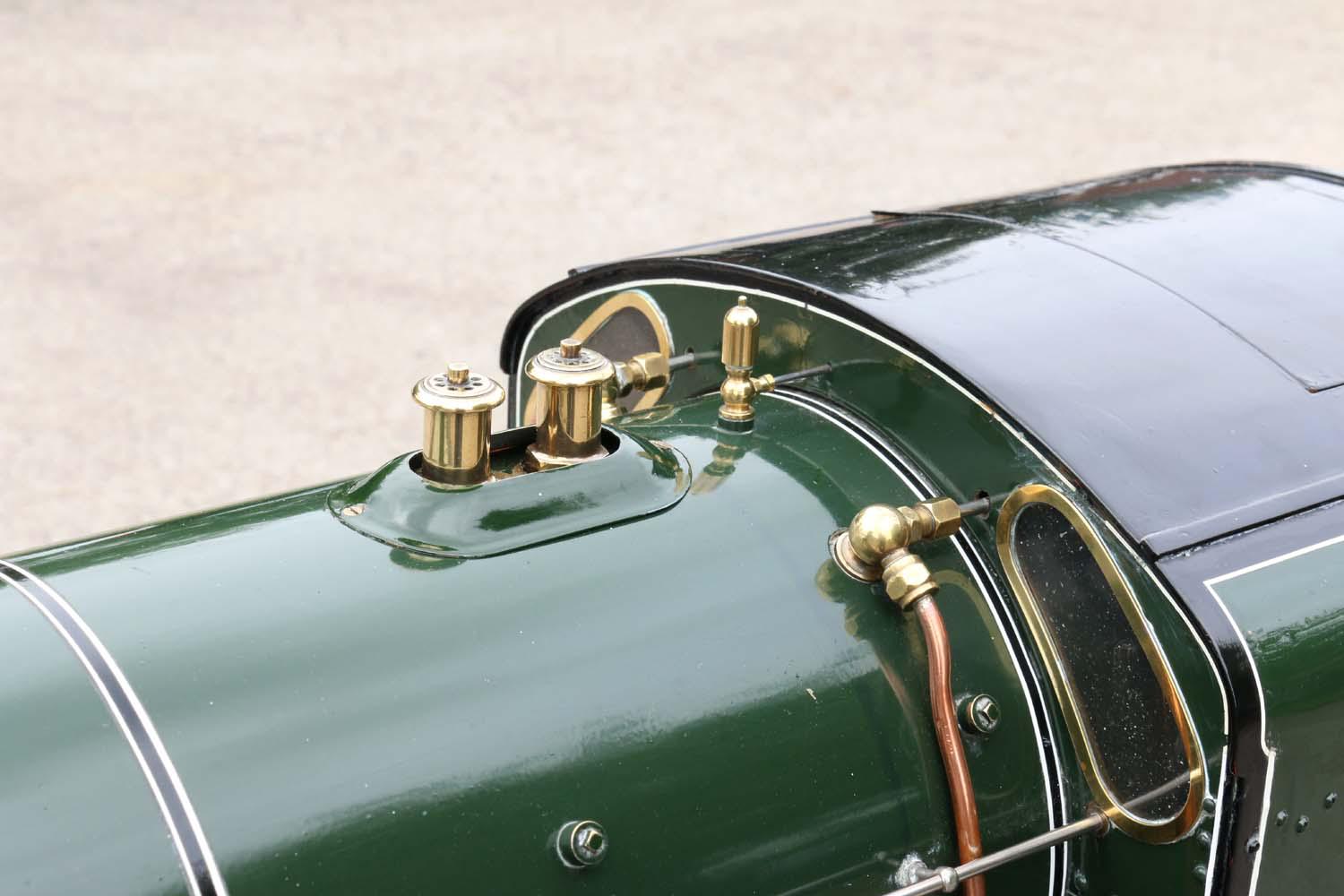 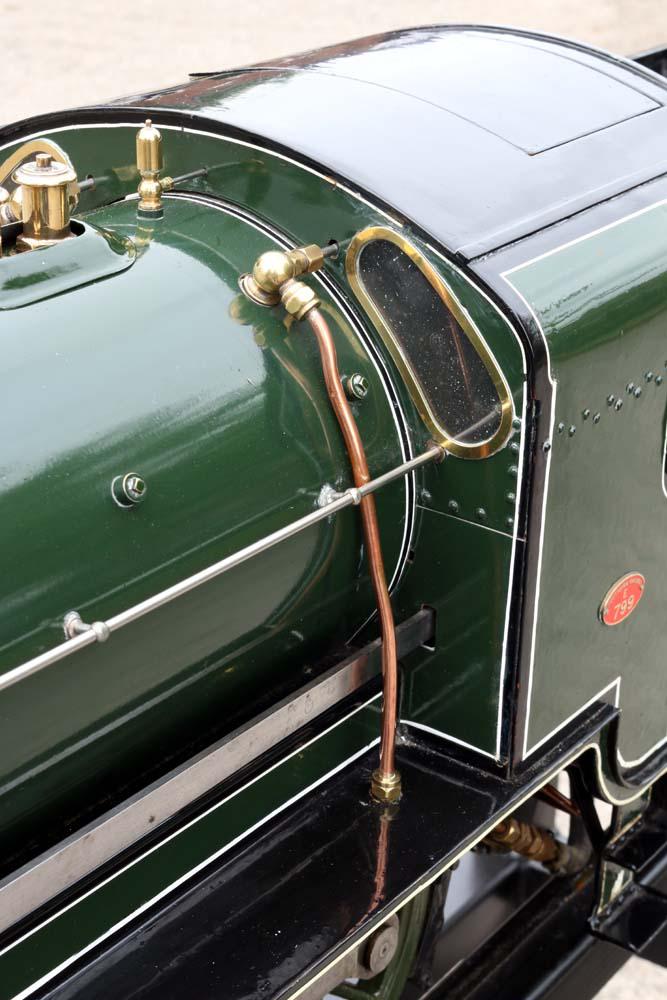 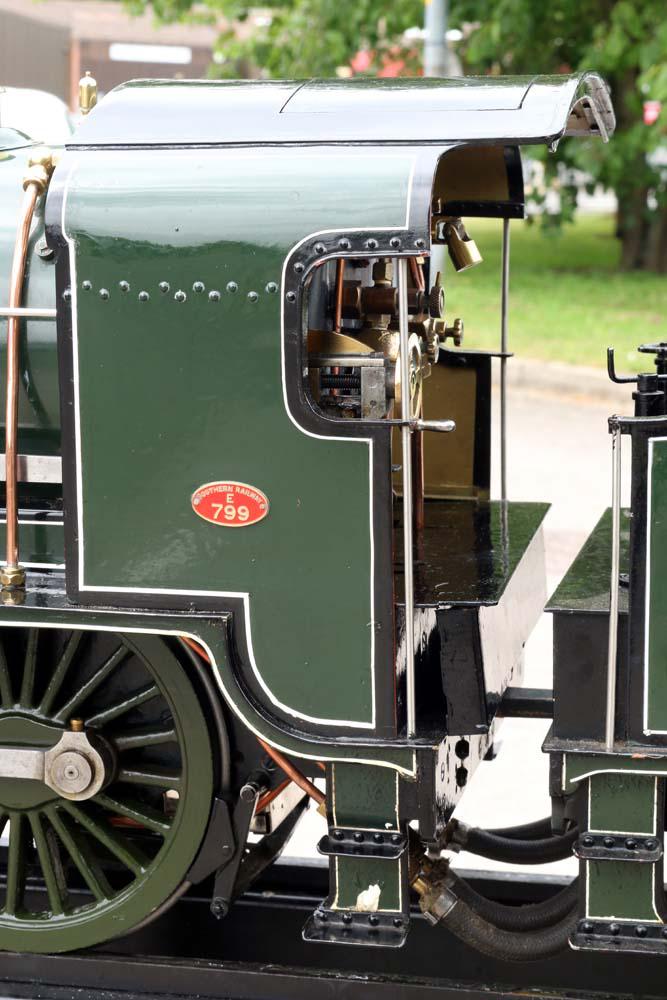 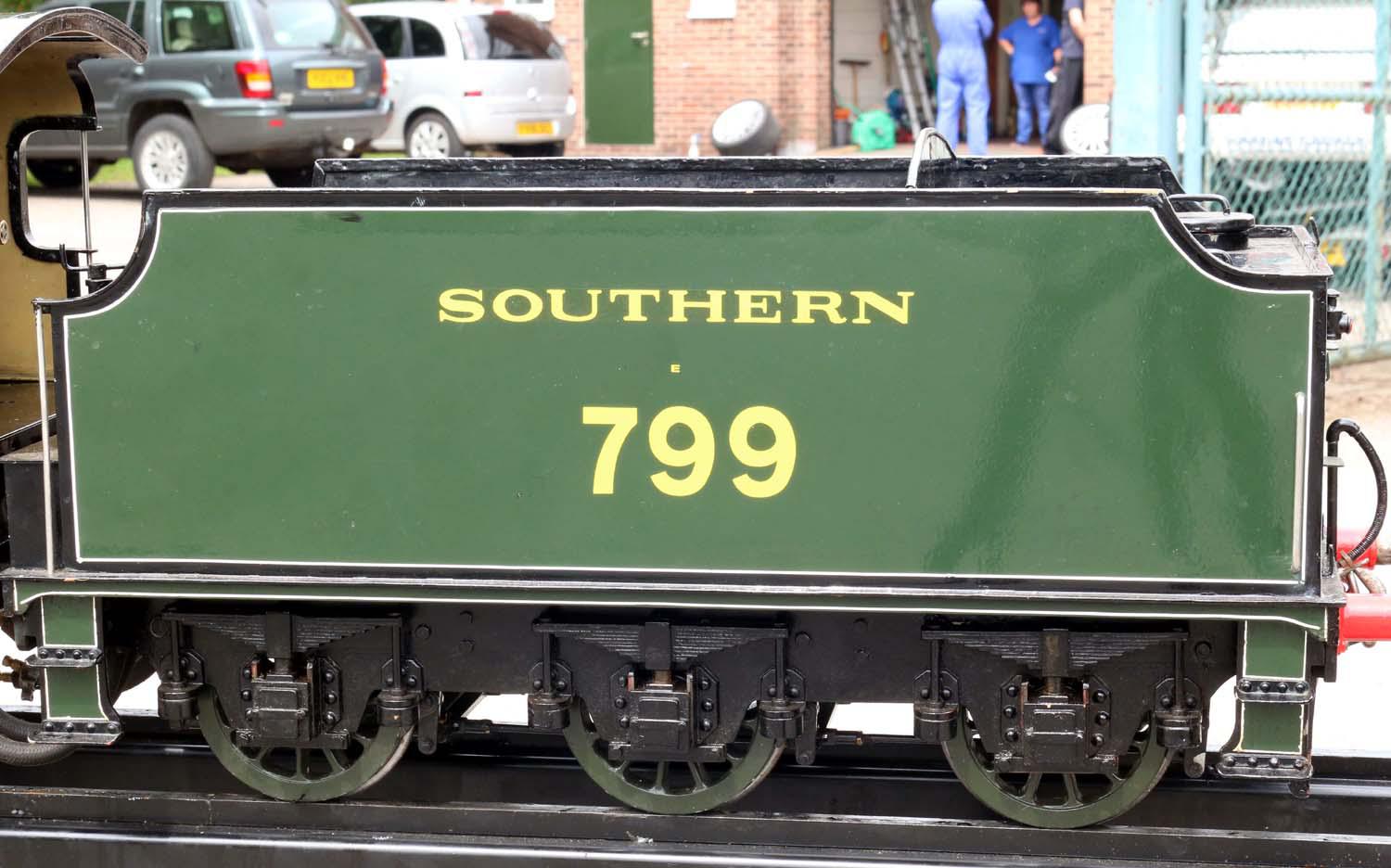 I bought this engine from a man in Middlesex back in 2003, an experienced engineer he had recently fitted a new boiler and was, at that point, on with building a batch of four 5 inch gauge Duchesses. It sold quickly to a friend in my own club, it's had occasional use in the years since on his beautifully landscaped garden railway, in company with a very fine (one could even say super) "Super Simplex". In recent years it's had little use - as his club boiler inspector I've tested it each year, sometimes the first time it's been steamed since the previous test.

It's recently come in (along with the aforementioned "Super Simplex") in part exchange for a new Feldbahn FC5 we're building him to run on the same 5 inch gauge layout (but affording a more comfortable driving position for those of us who, with advancing years, find ground level 5 inch gauge driving a bit acrobatic!)

Silver soldered copper boiler by Western Steam, 90psi working pressure, feed by twin injectors with auxiliary hand pump in the tender. Cast iron cylinders with piston valves actuated by Walschaerts gear, screw reverser in the cab. There is an extension regulator to allow driving from behind the tender - particularly useful (possibly essential) for ground level running.

I've driven this engine most years at its annual boiler test (usually followed by a good lunch at the pub next door). I rate it - a well-built, powerful, free-steaming locomotive.