Sold December 2015 Back to Archive 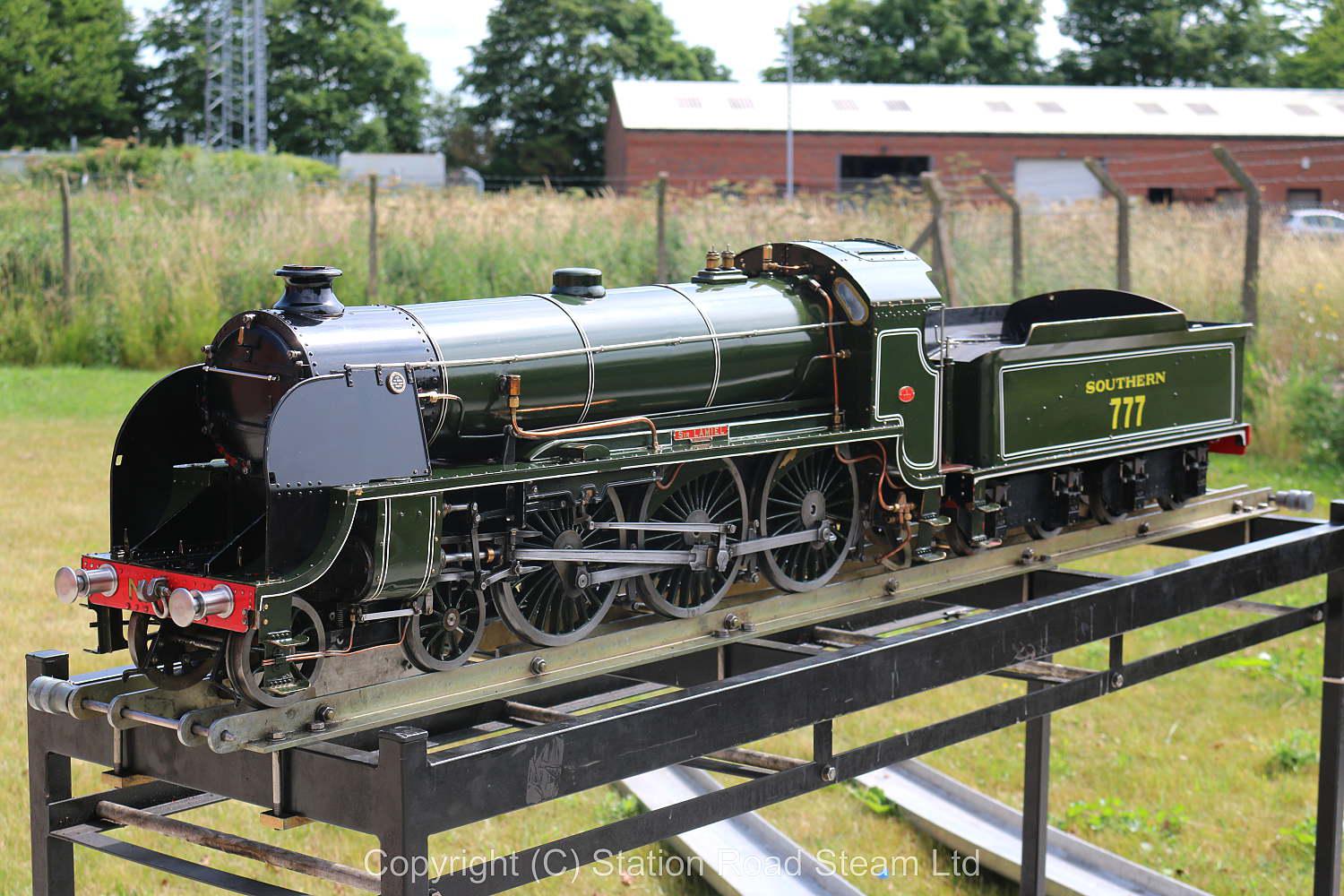 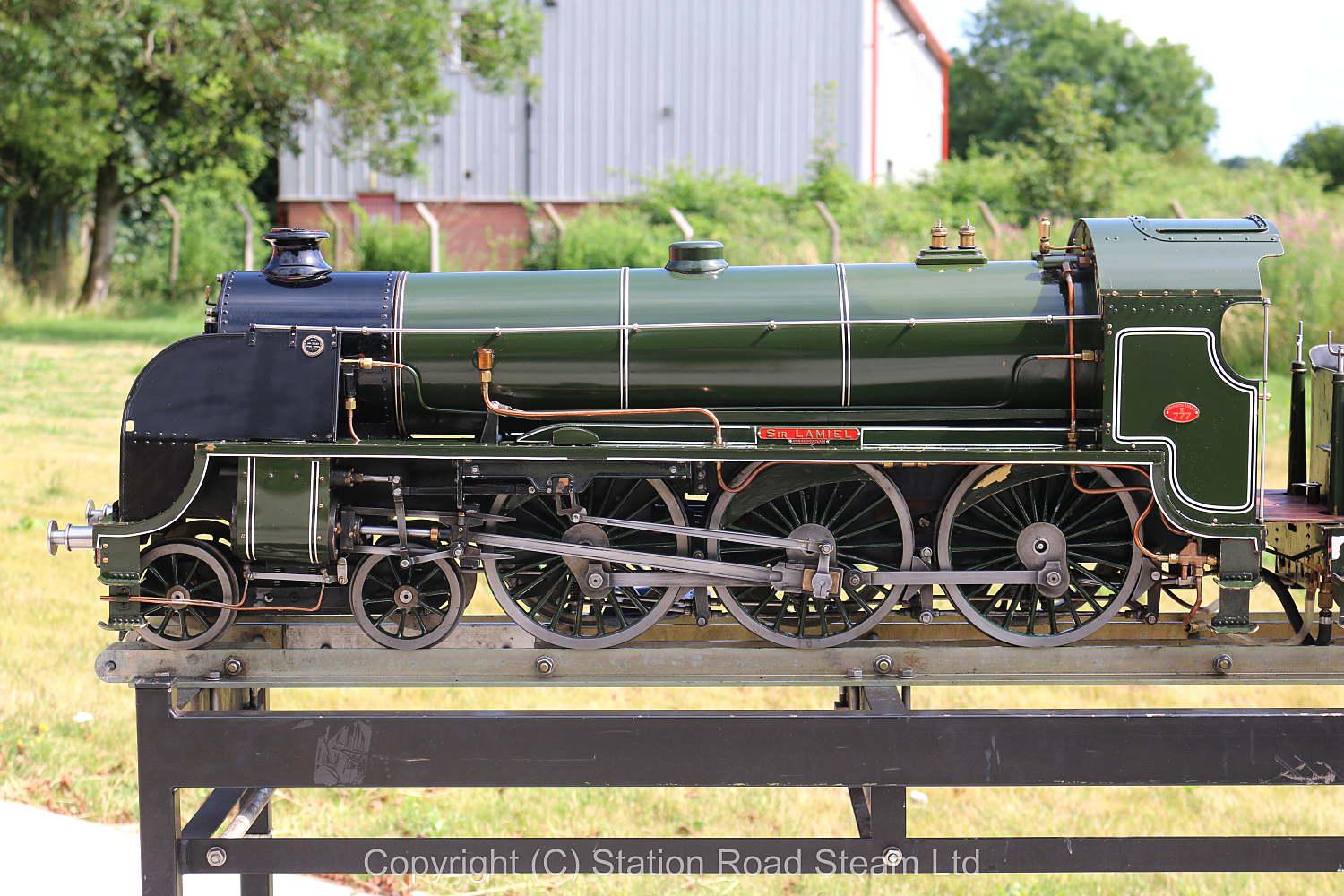 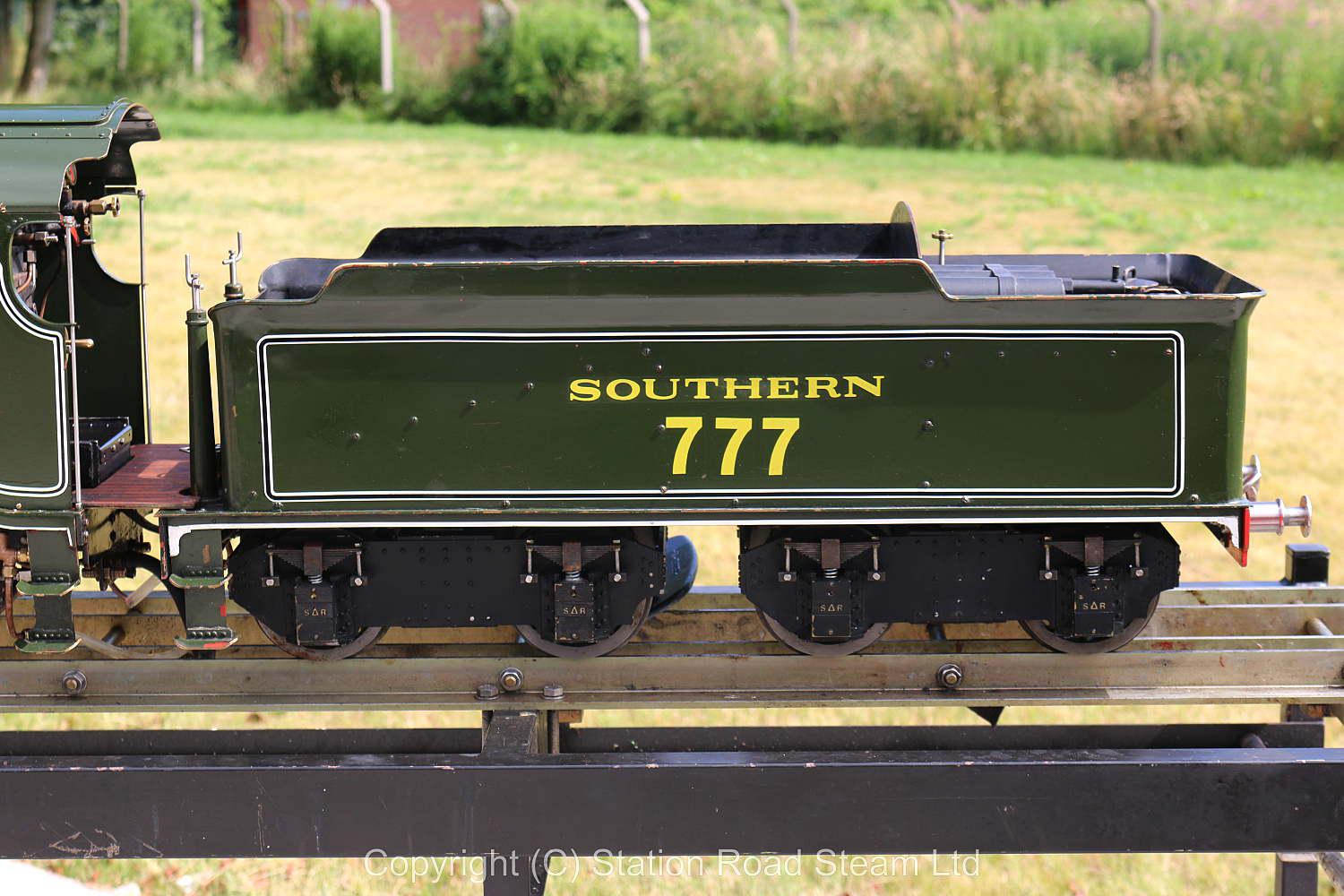 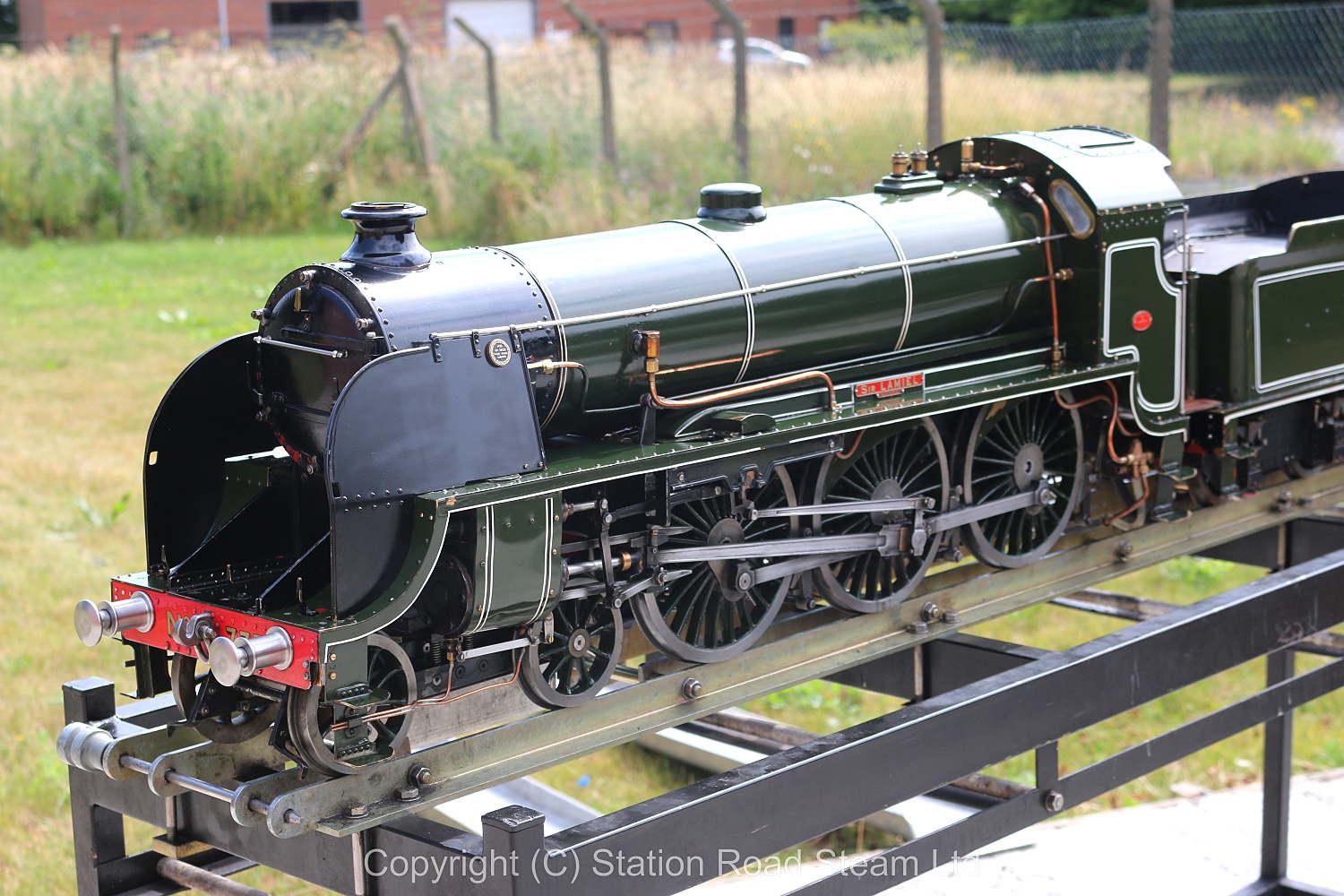 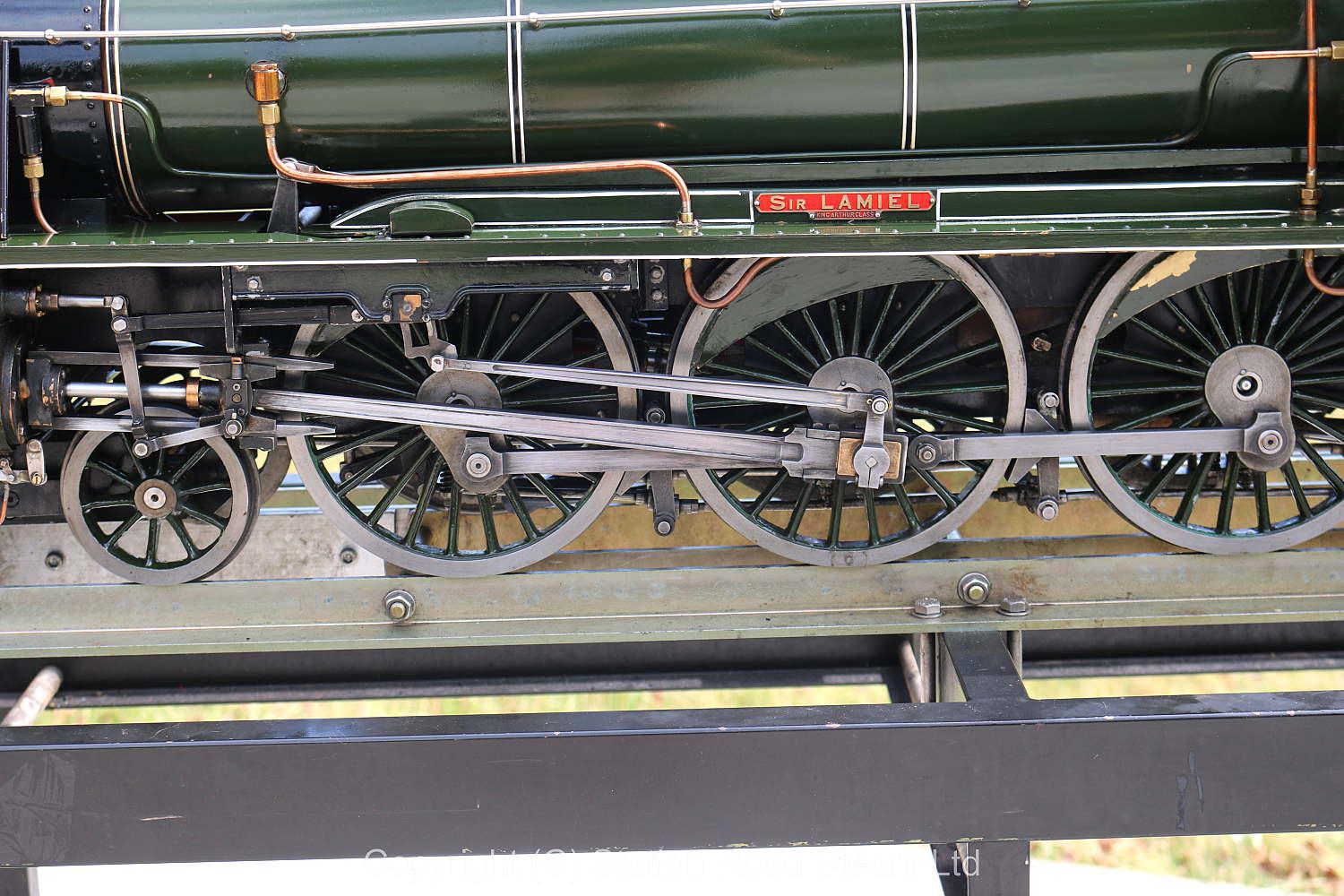 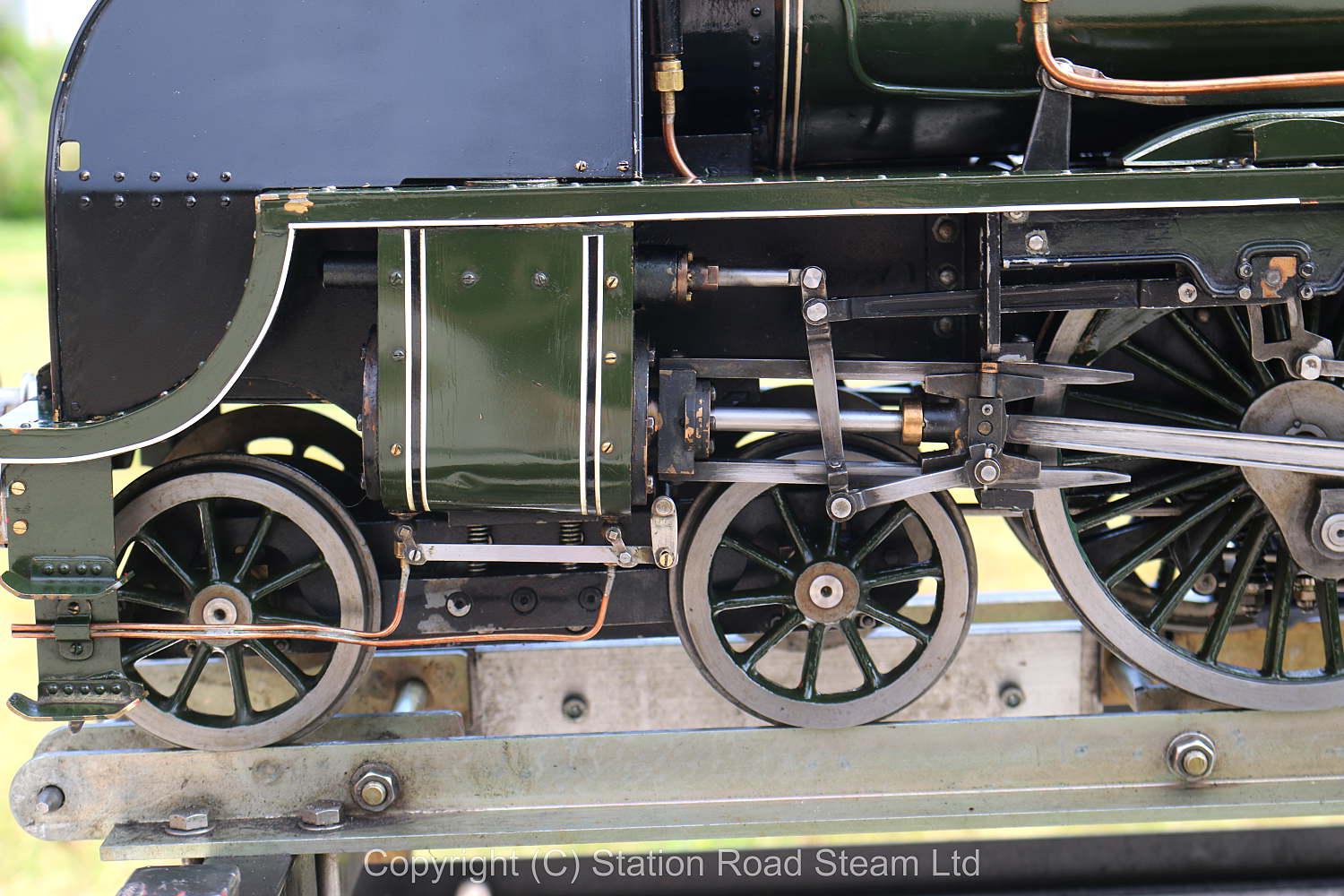 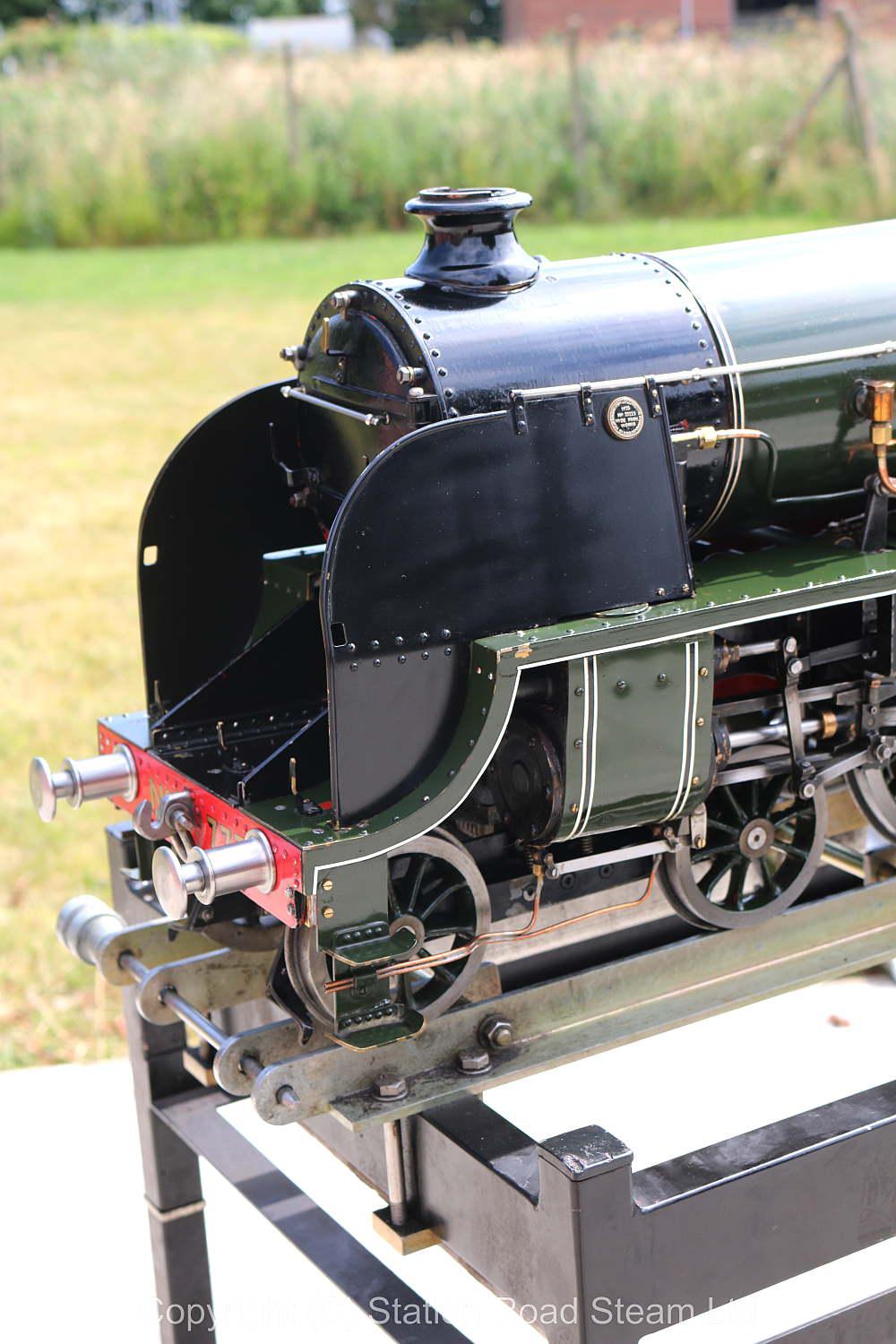 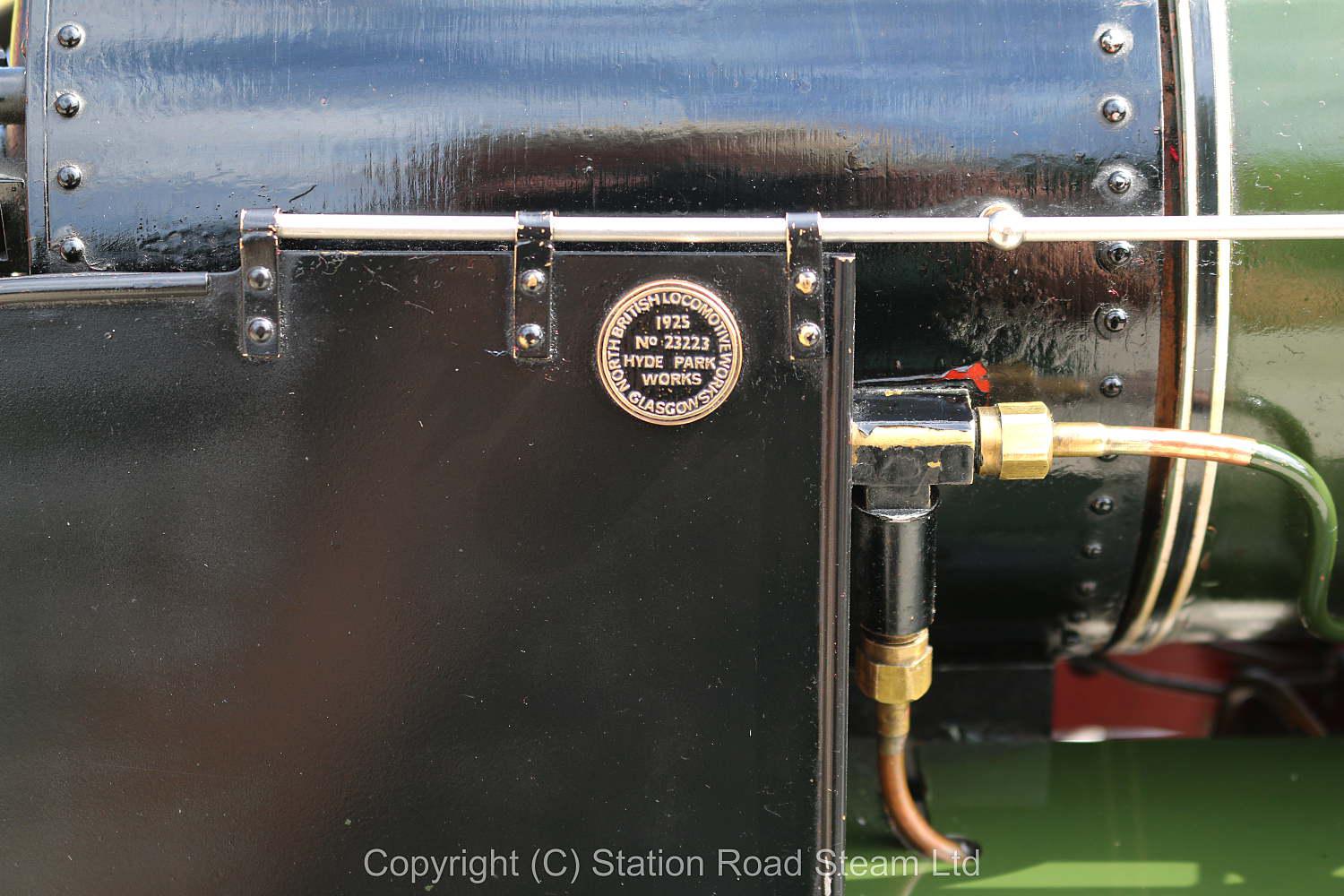 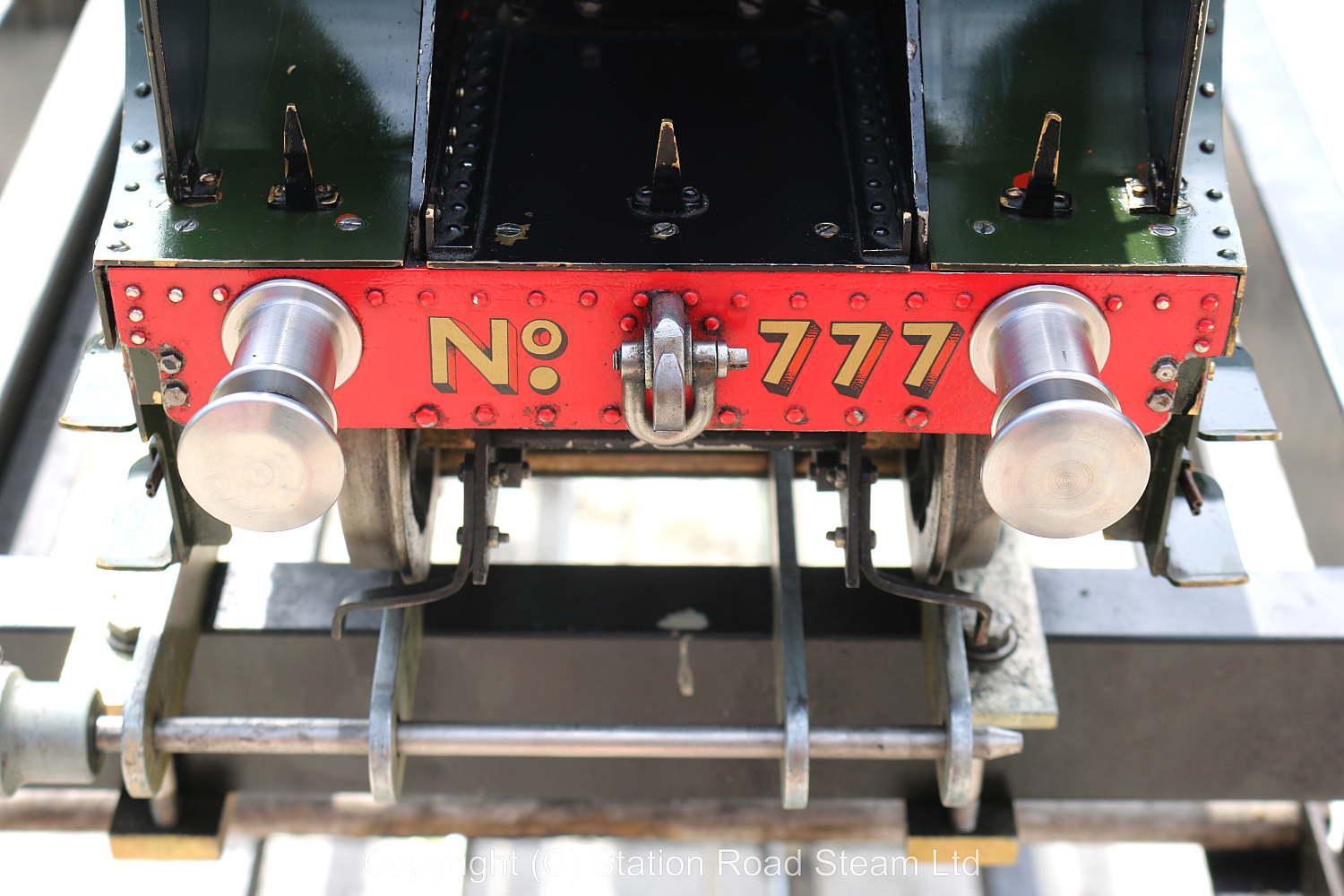 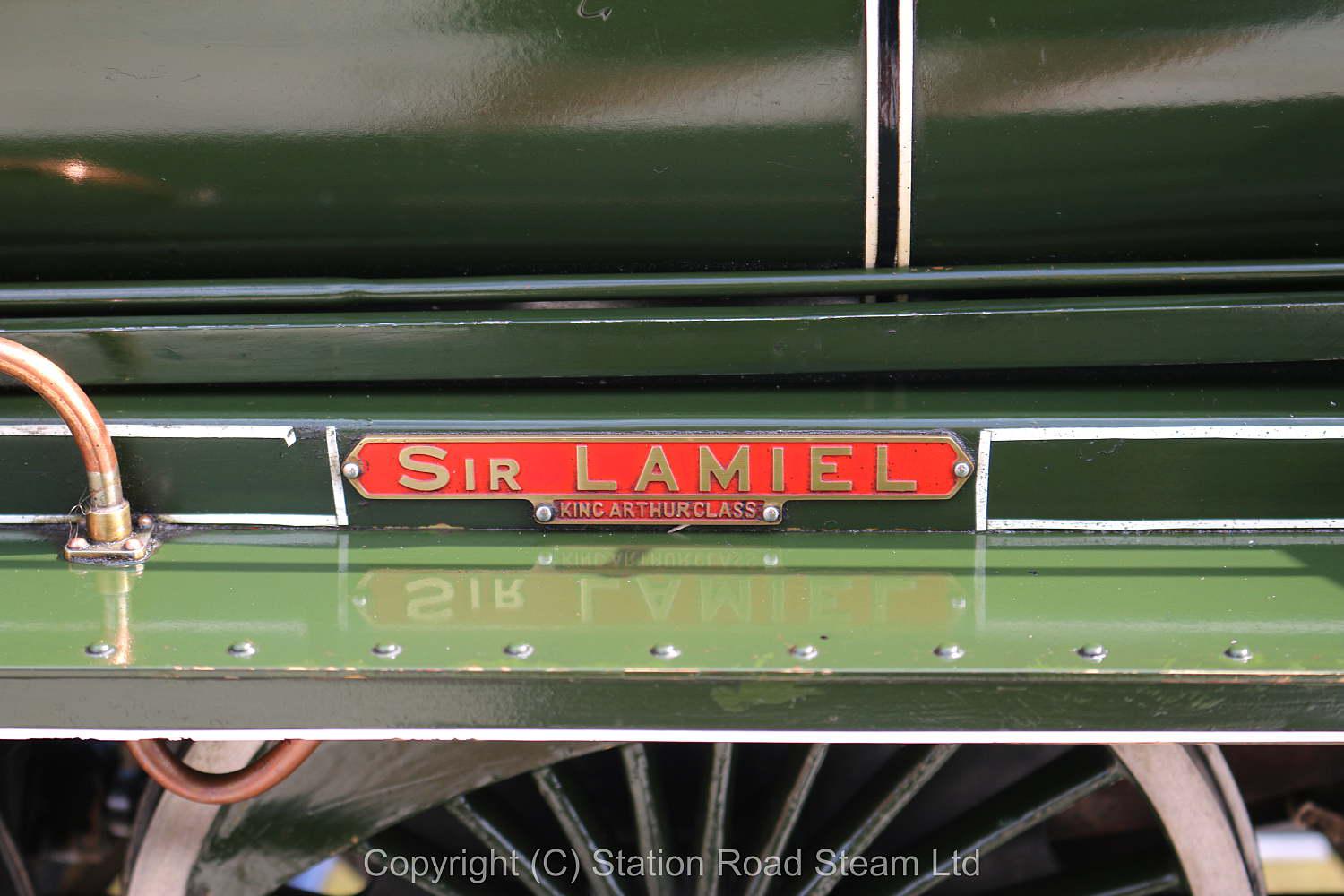 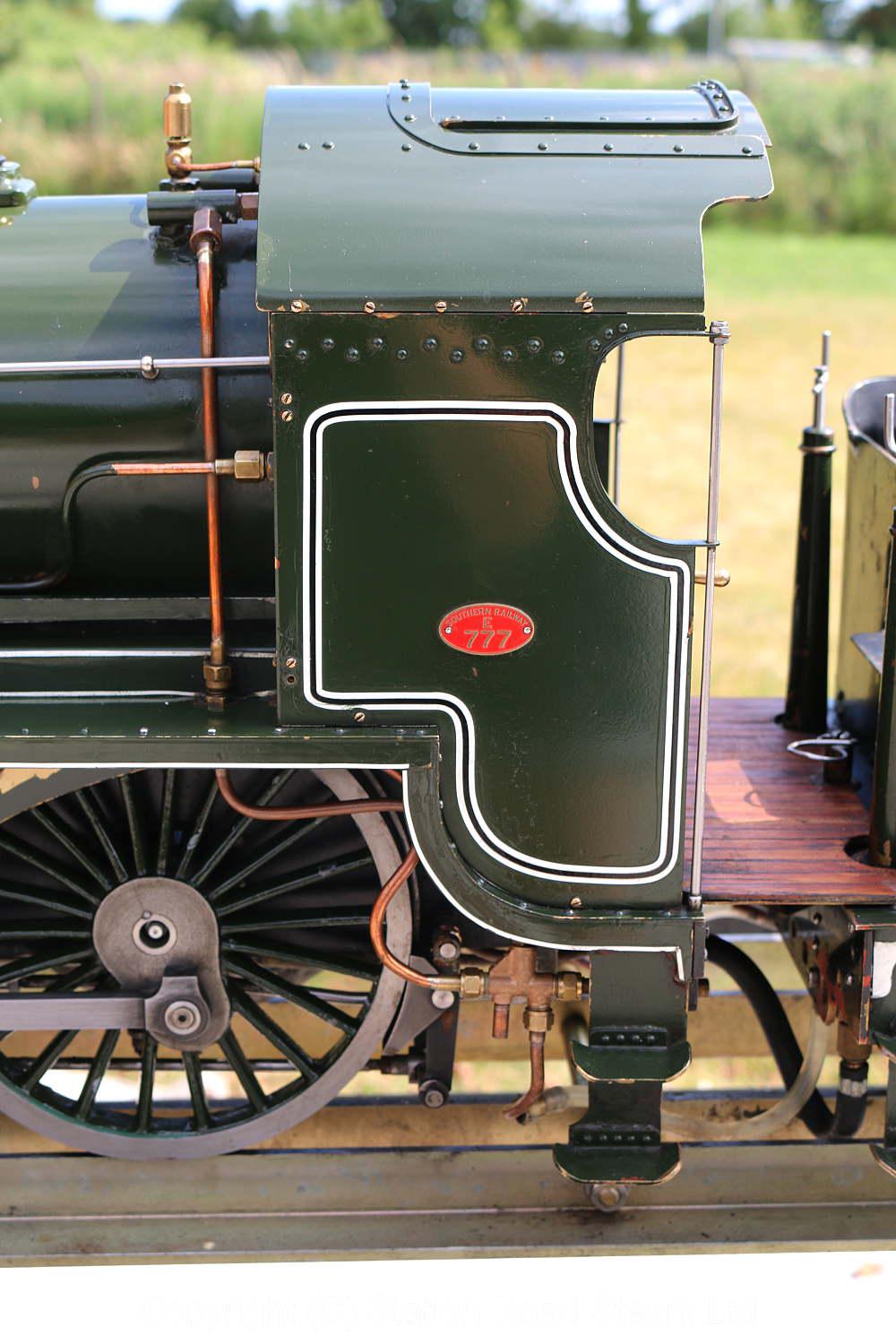 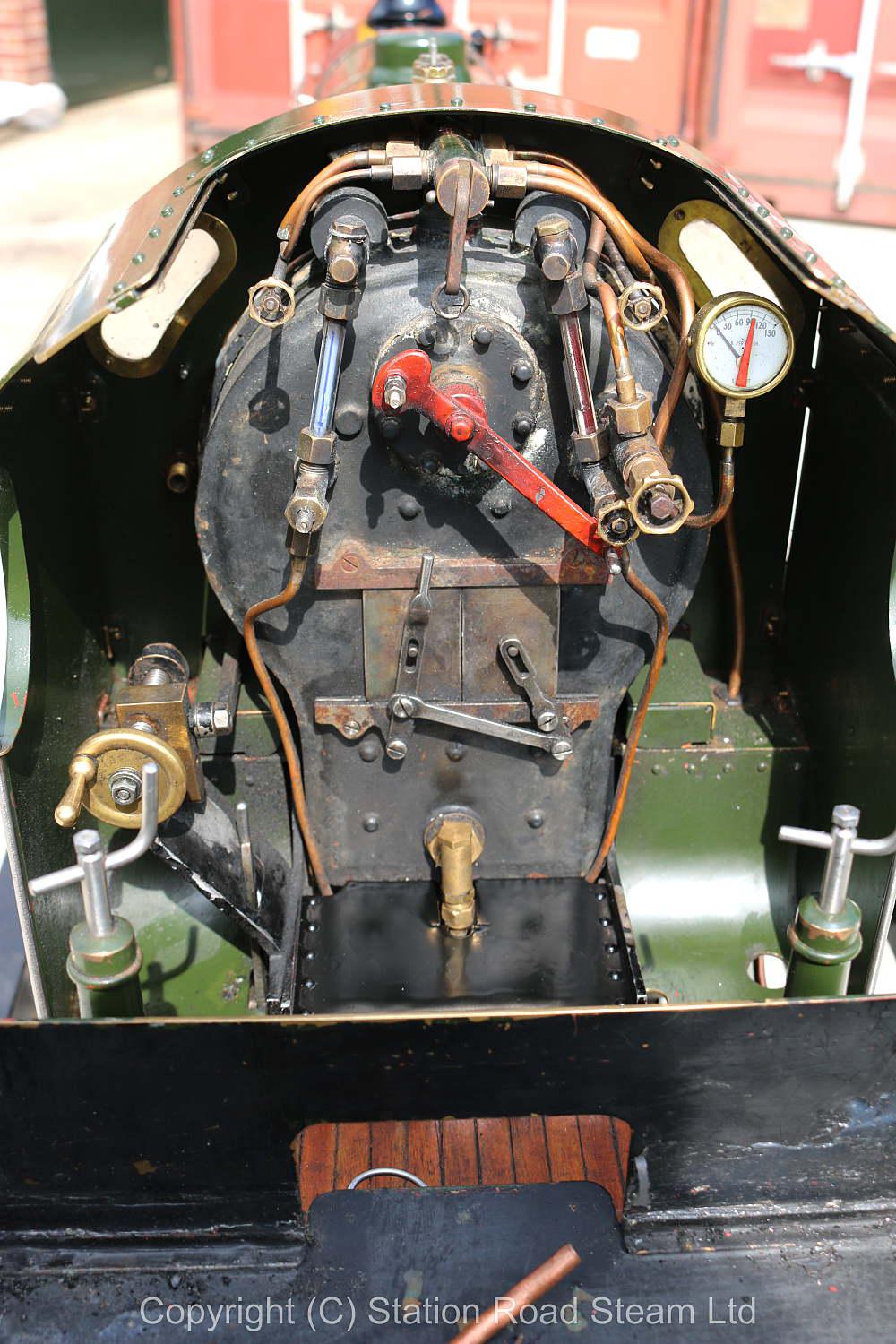 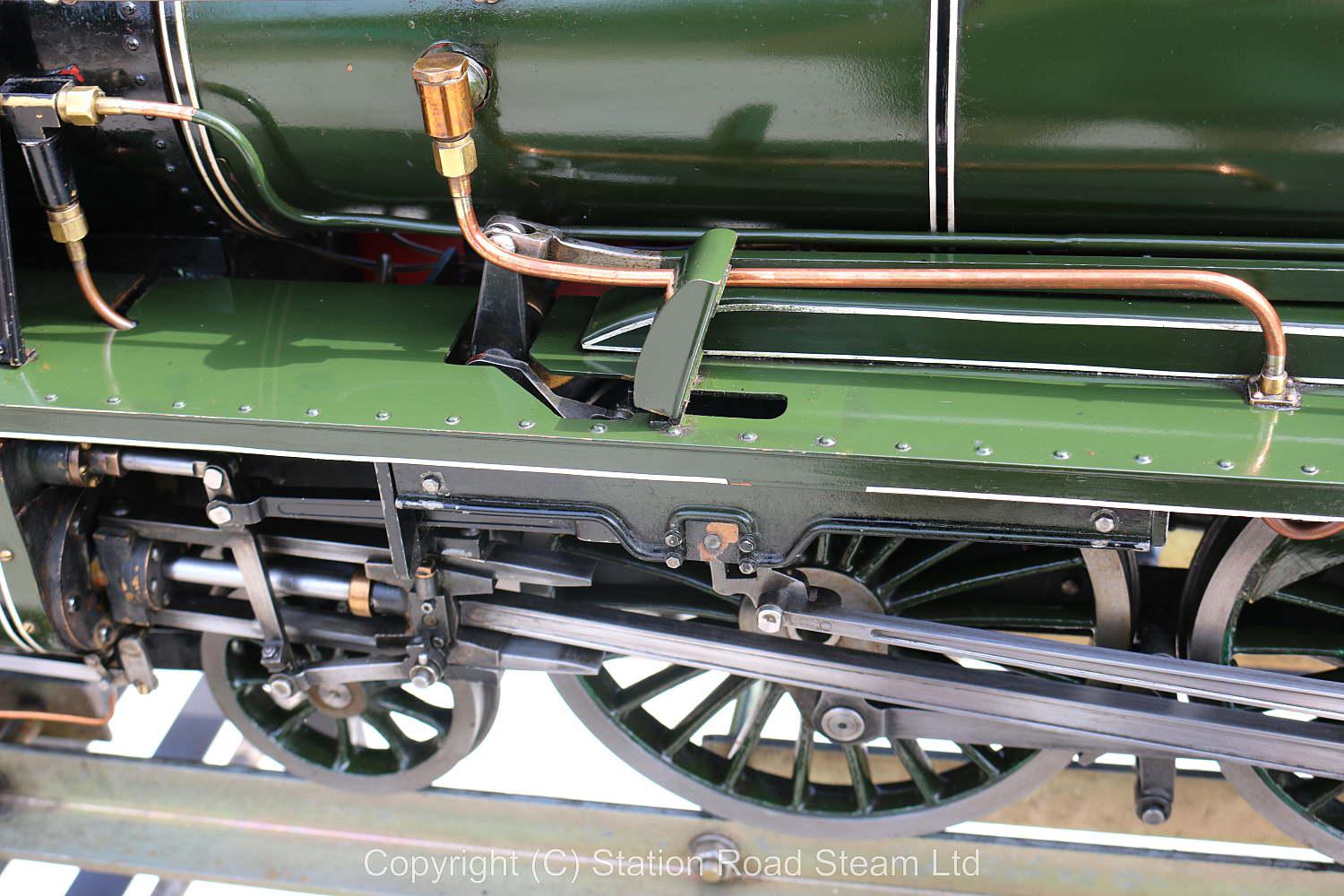 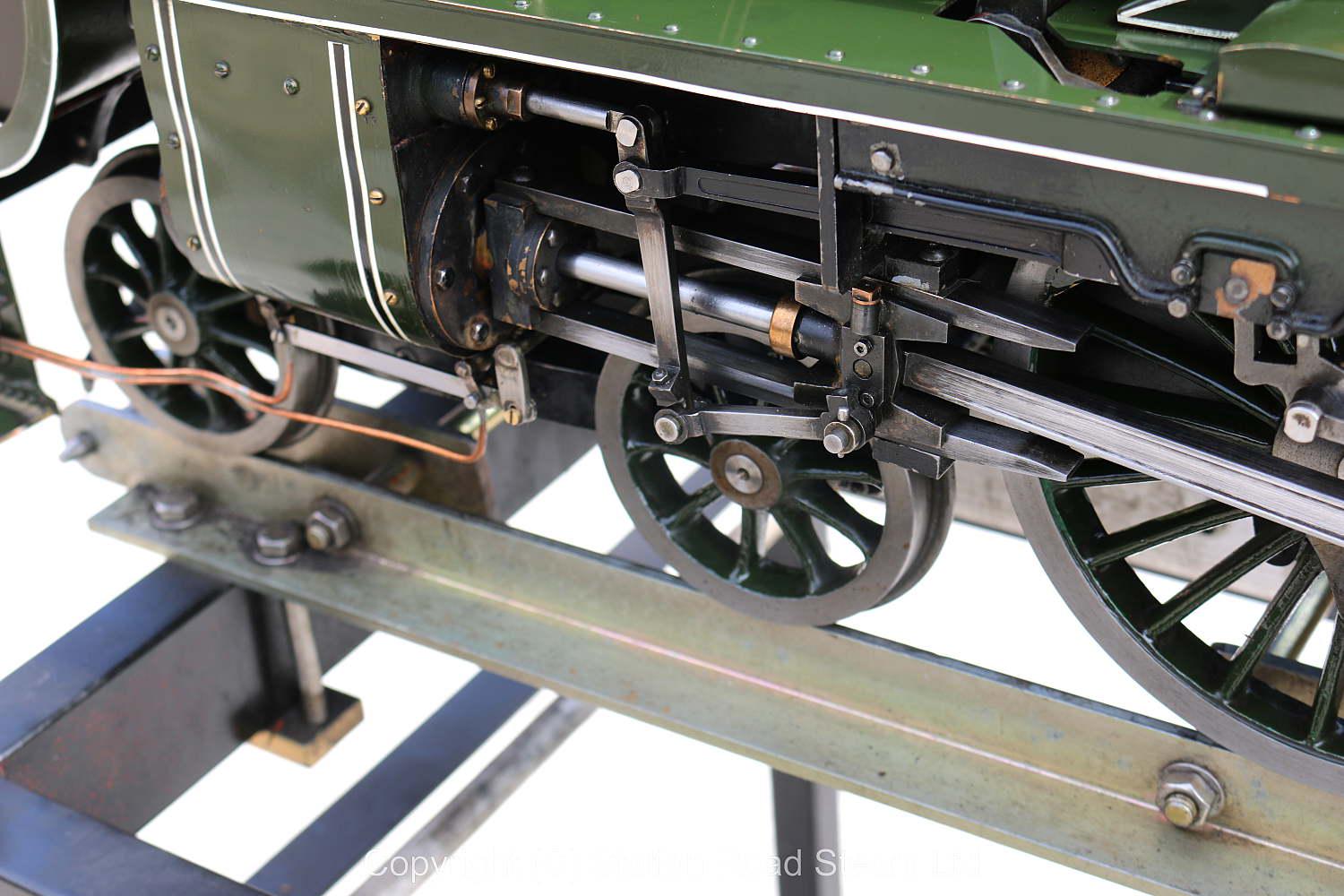 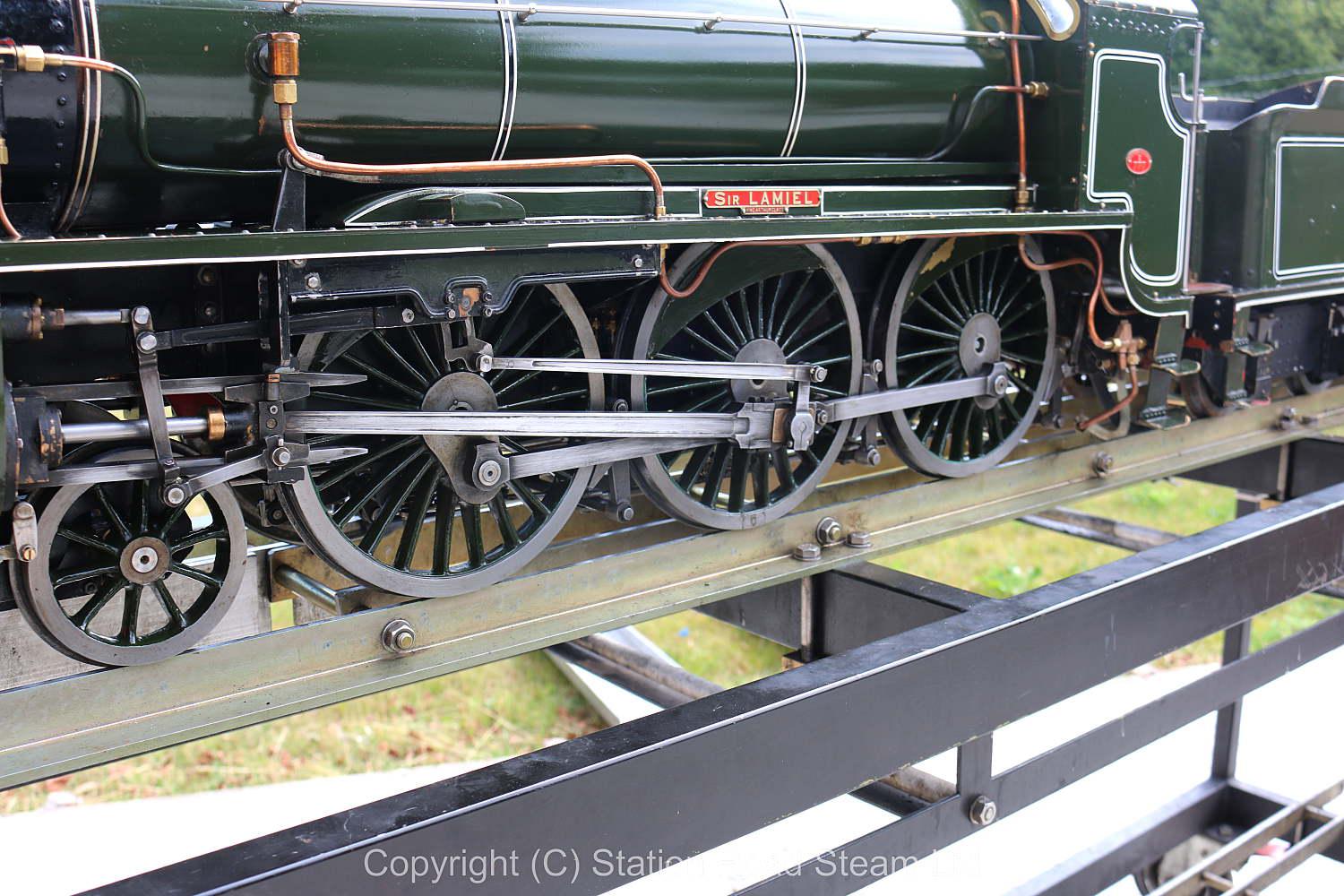 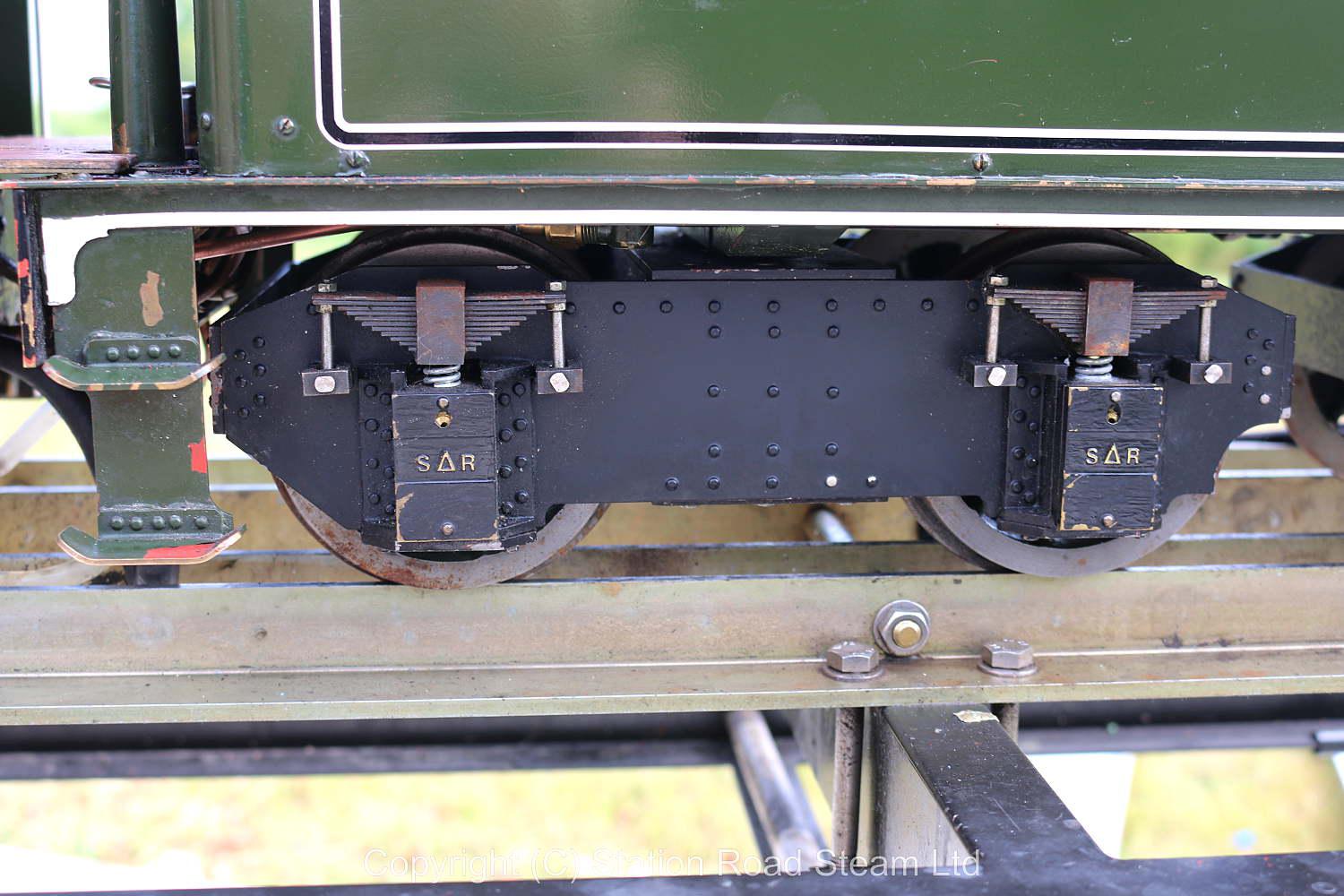 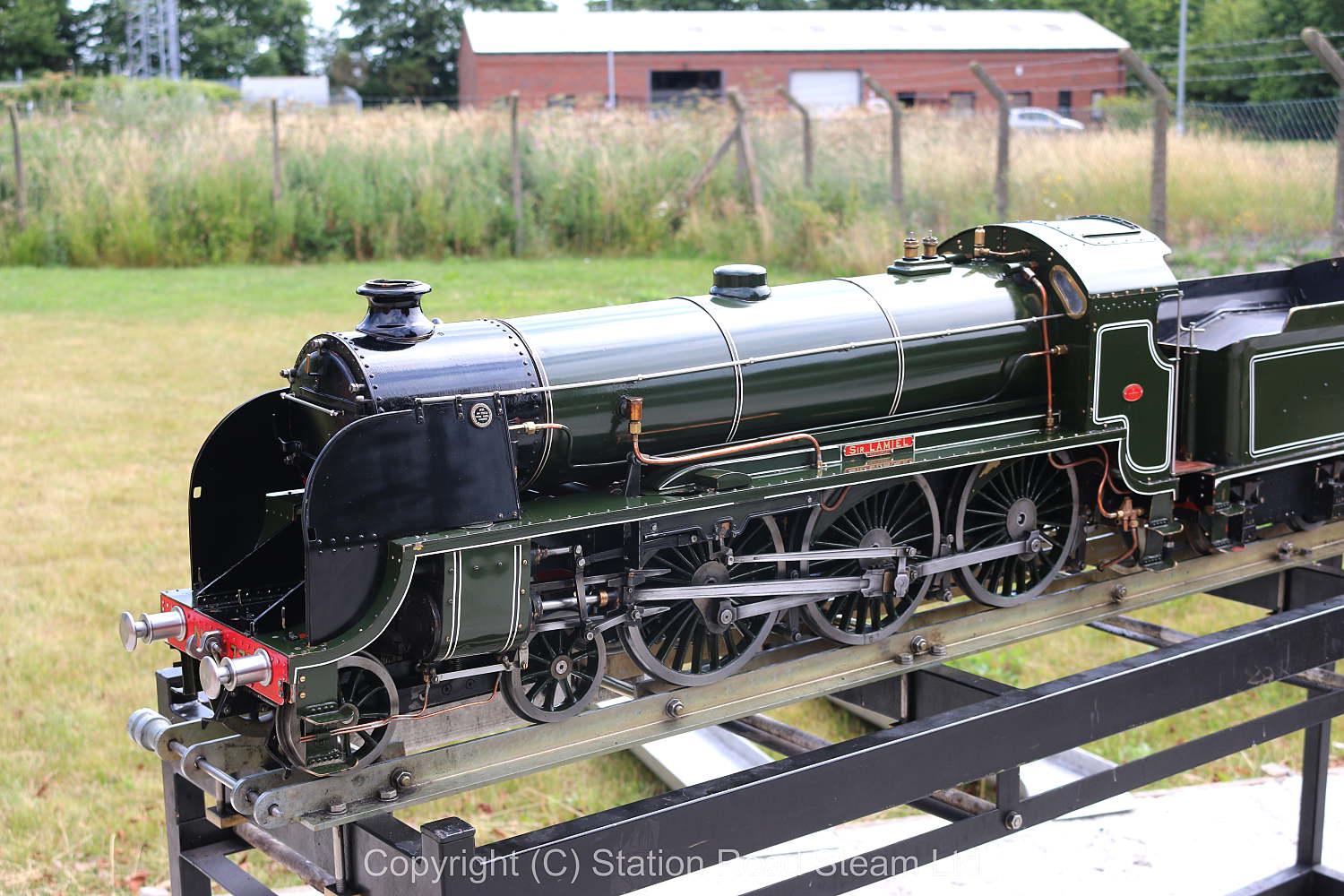 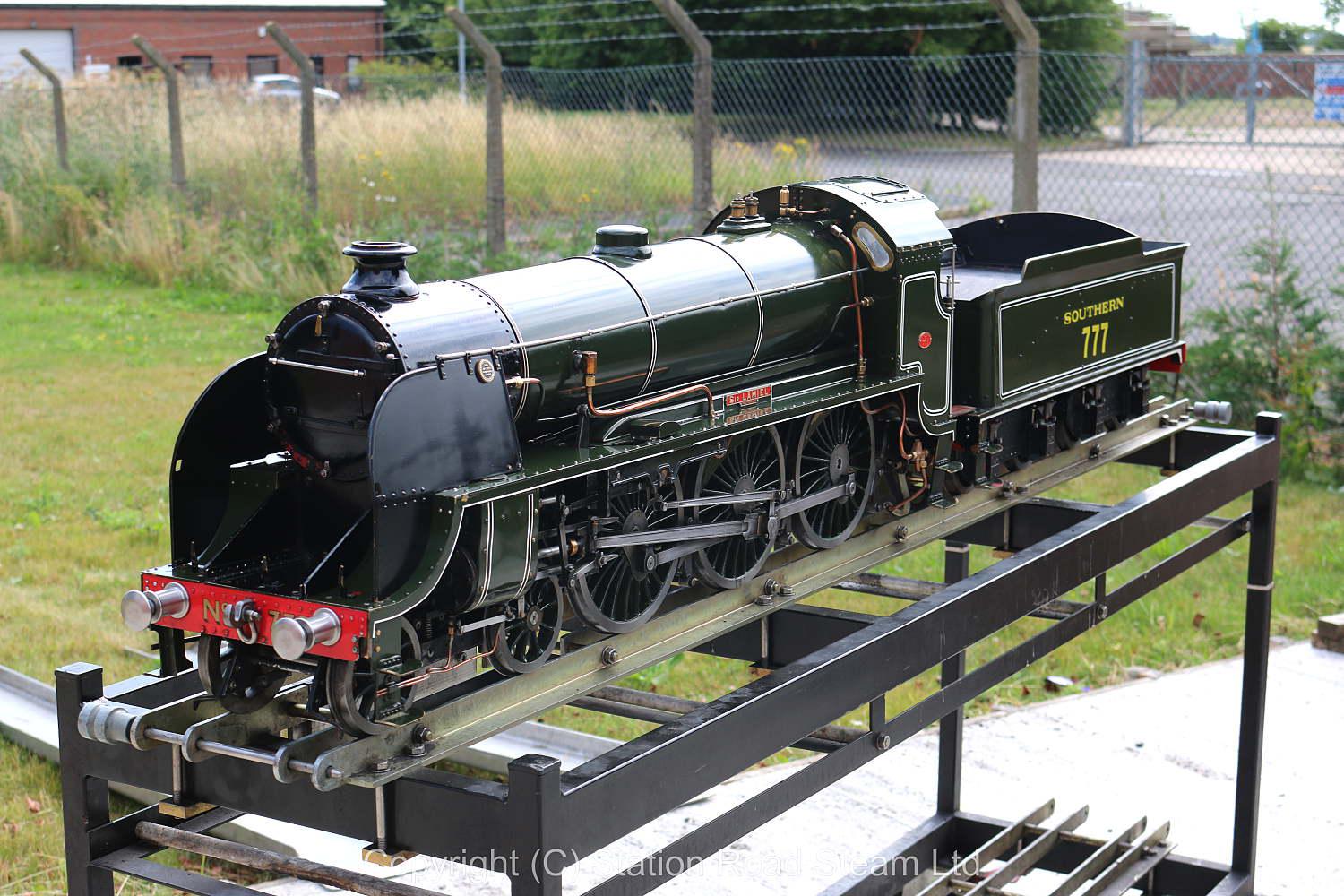 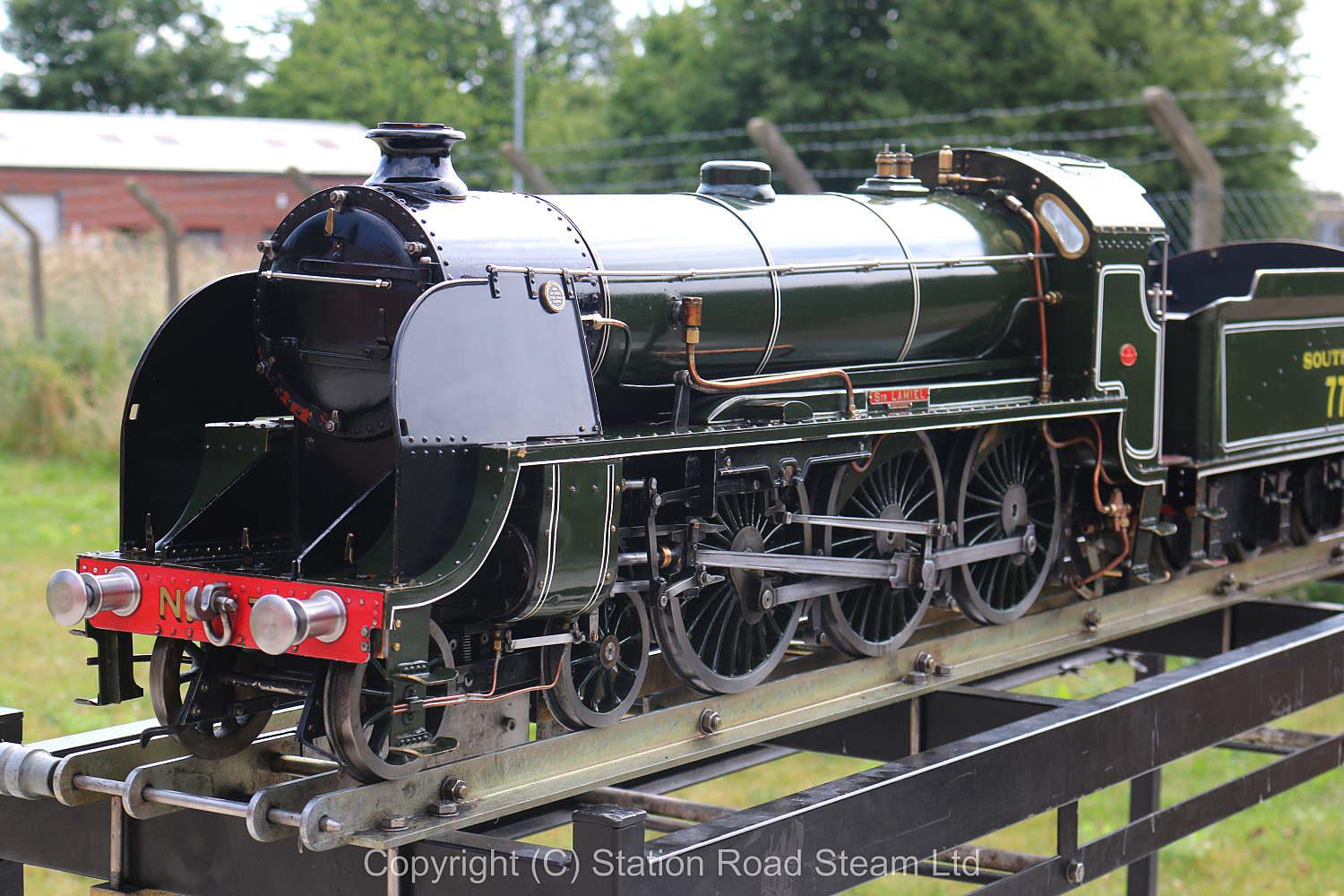 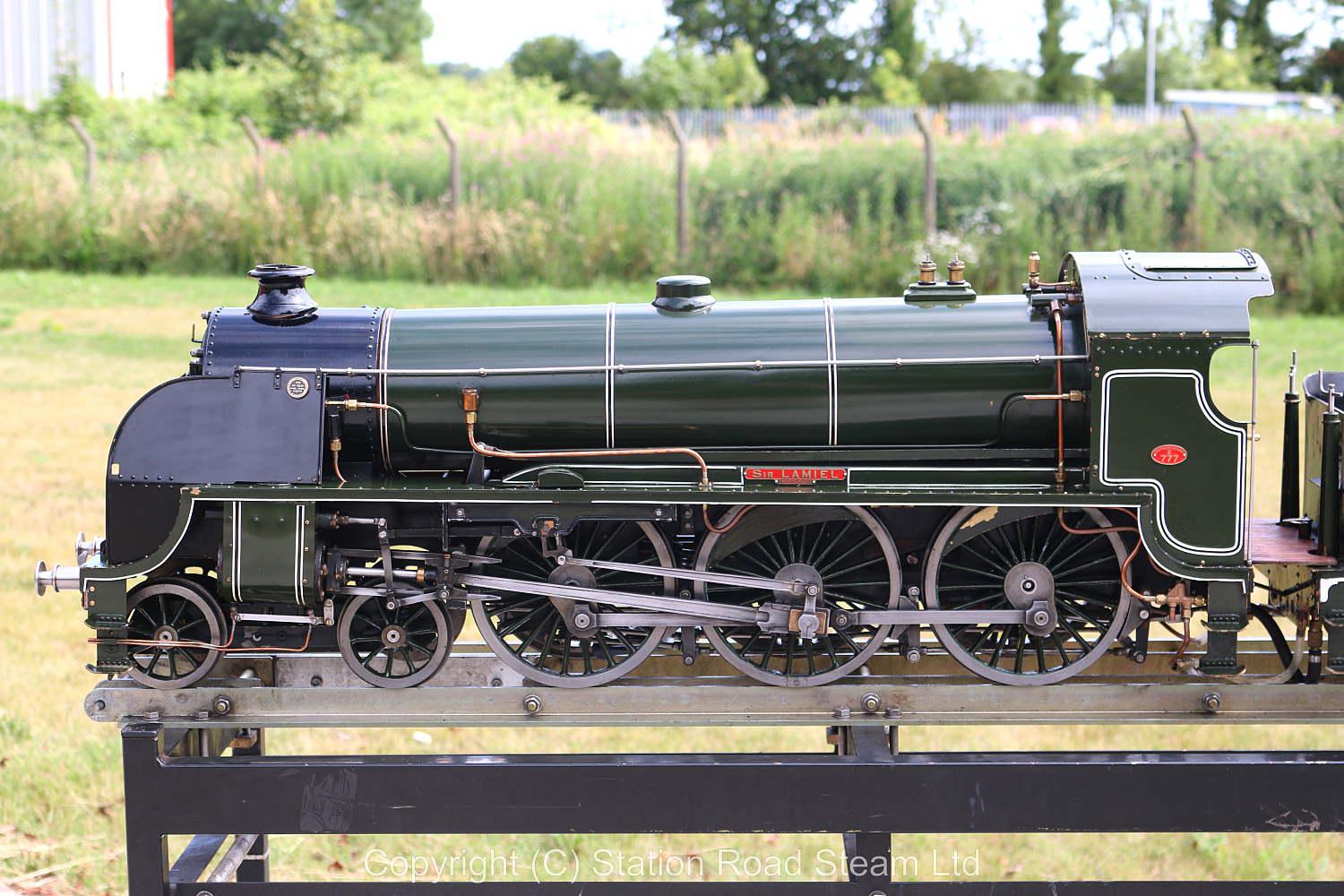 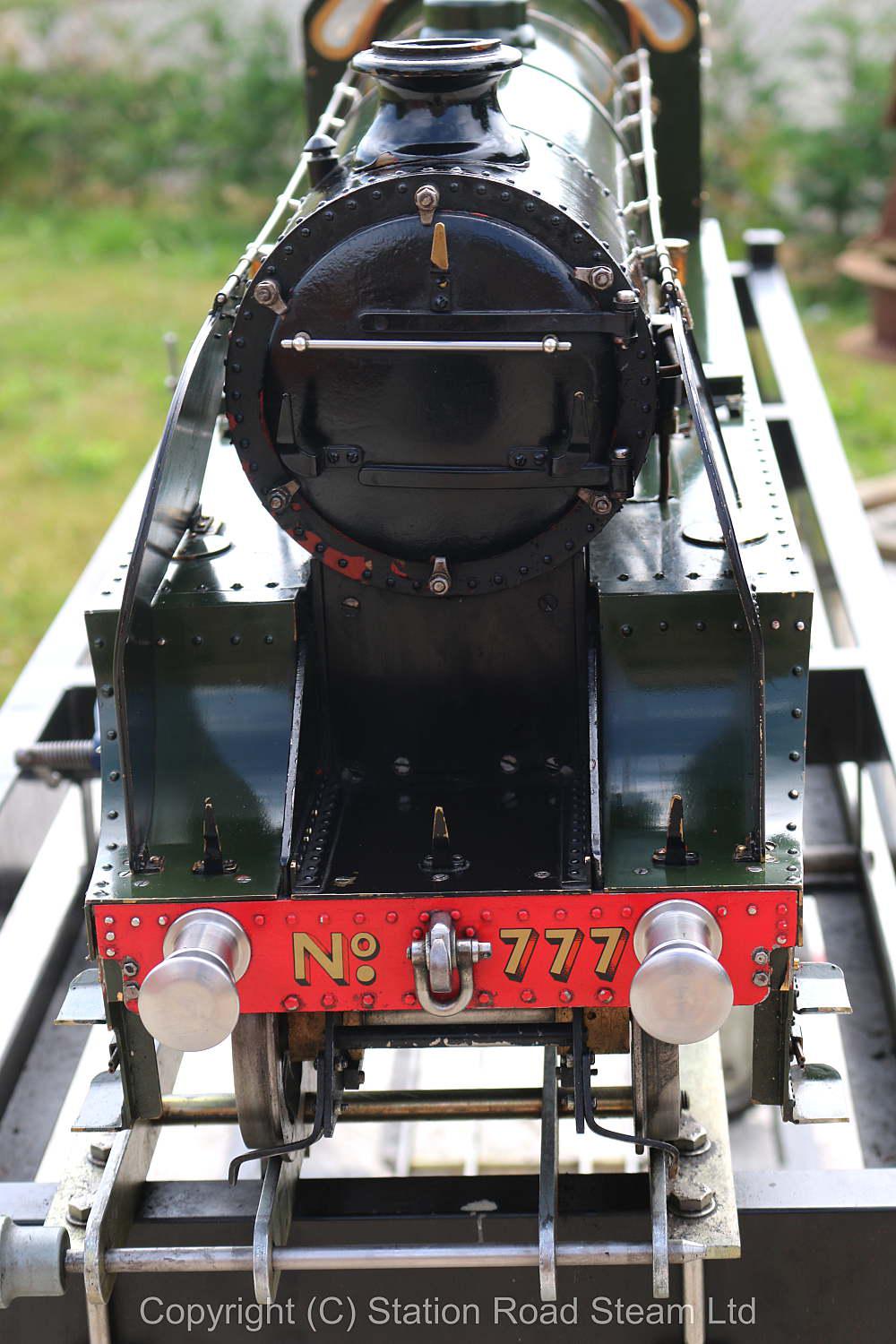 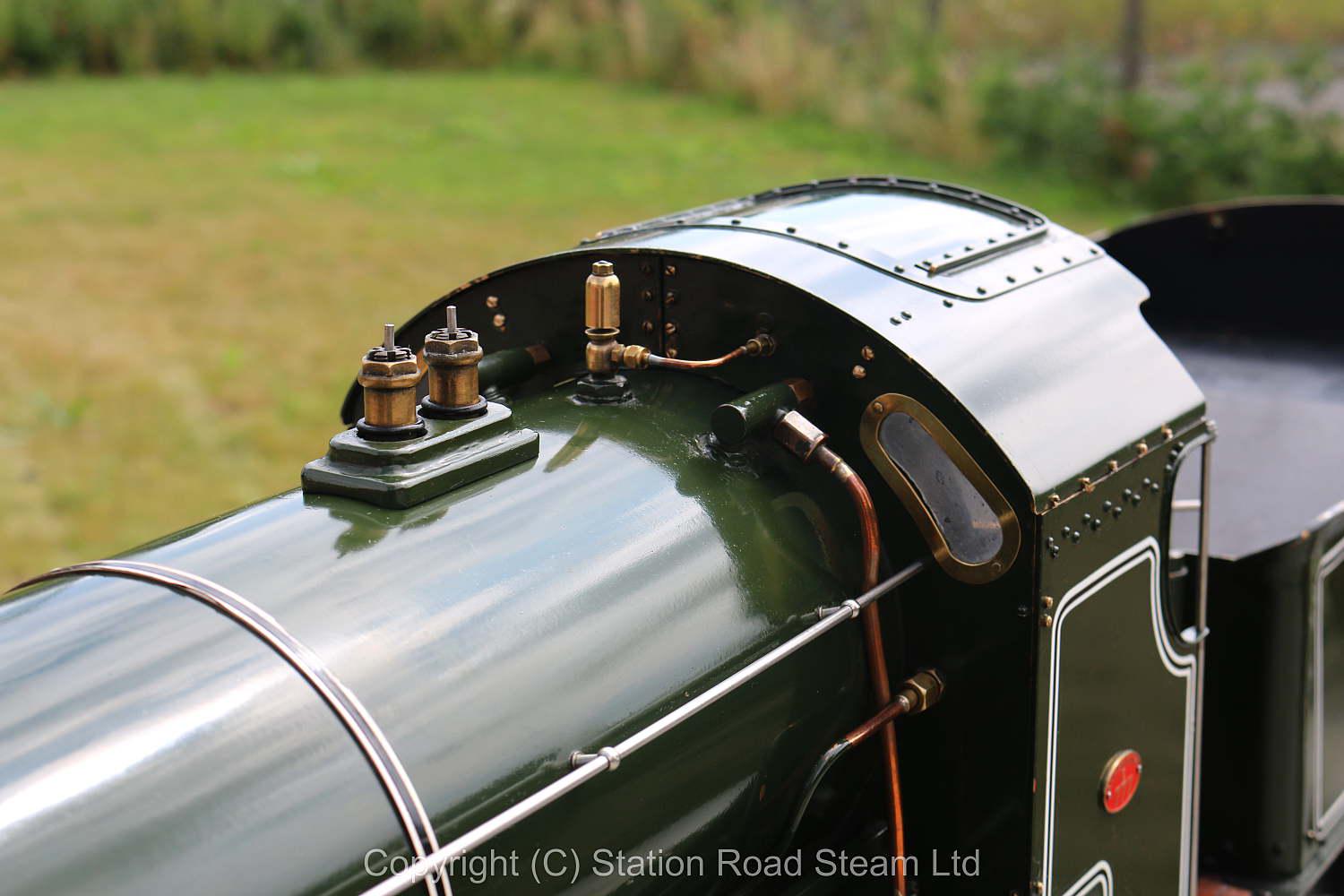 A 5 inch gauge Southern Railway "King Arthur" 4-6-0, turned out as "Sir Lamiel", now preserved as part of the national collection.

Commercially-built silver soldered copper boiler by Swindon Boilers with three element radiant superheater, 90 psi working pressure, feed by twin injectors with auxiliary hand pump in the tender - there is an axle pump fitted but no longer piped in circuit, although it could be reinstated. Cast iron cylinders with slide valves actuated by Walschaert's gear with screw reverser in cab, mechanical lubricator between the frames with extension pipe for filling it on the nearside running board.

No idea why so few Southern engines are modelled compared to the other three regions - they produced many handsome designs over the years with designs like the "King Arthur" providing a large, powerful prototype for a 5 inch gauge model.