Sold January 2014 Back to Archive 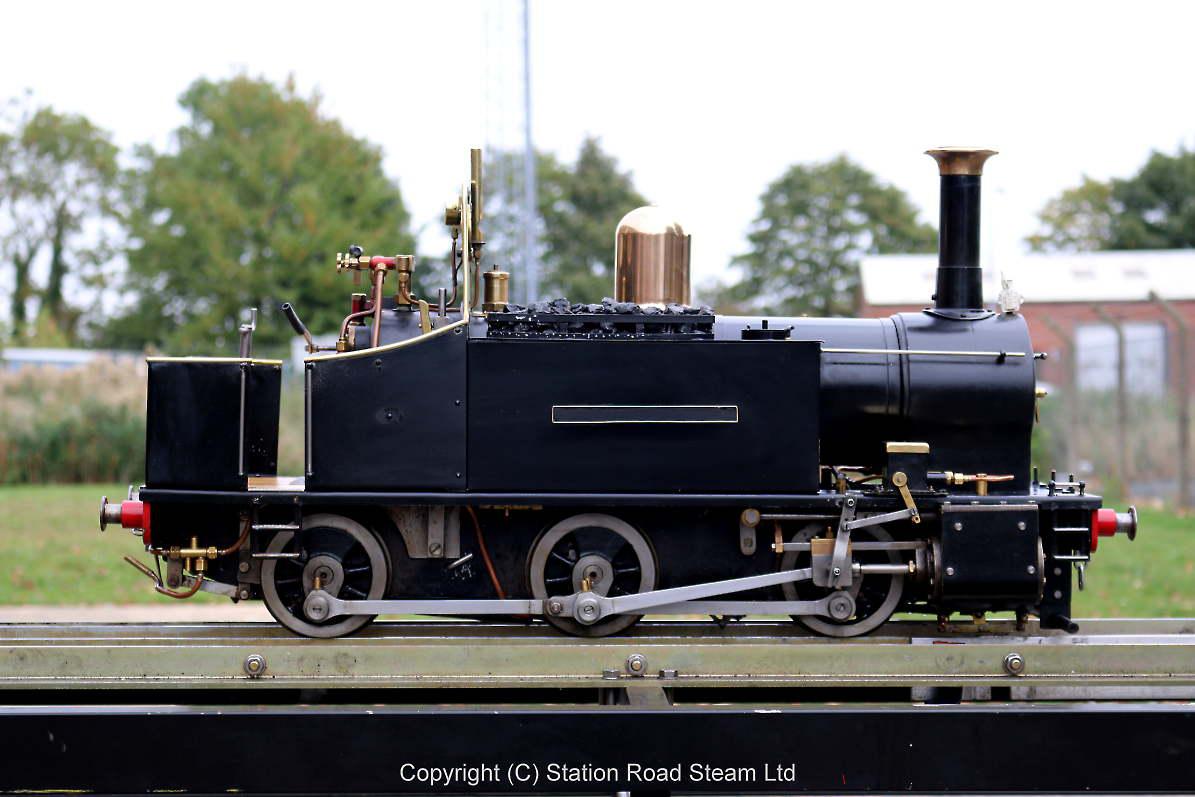 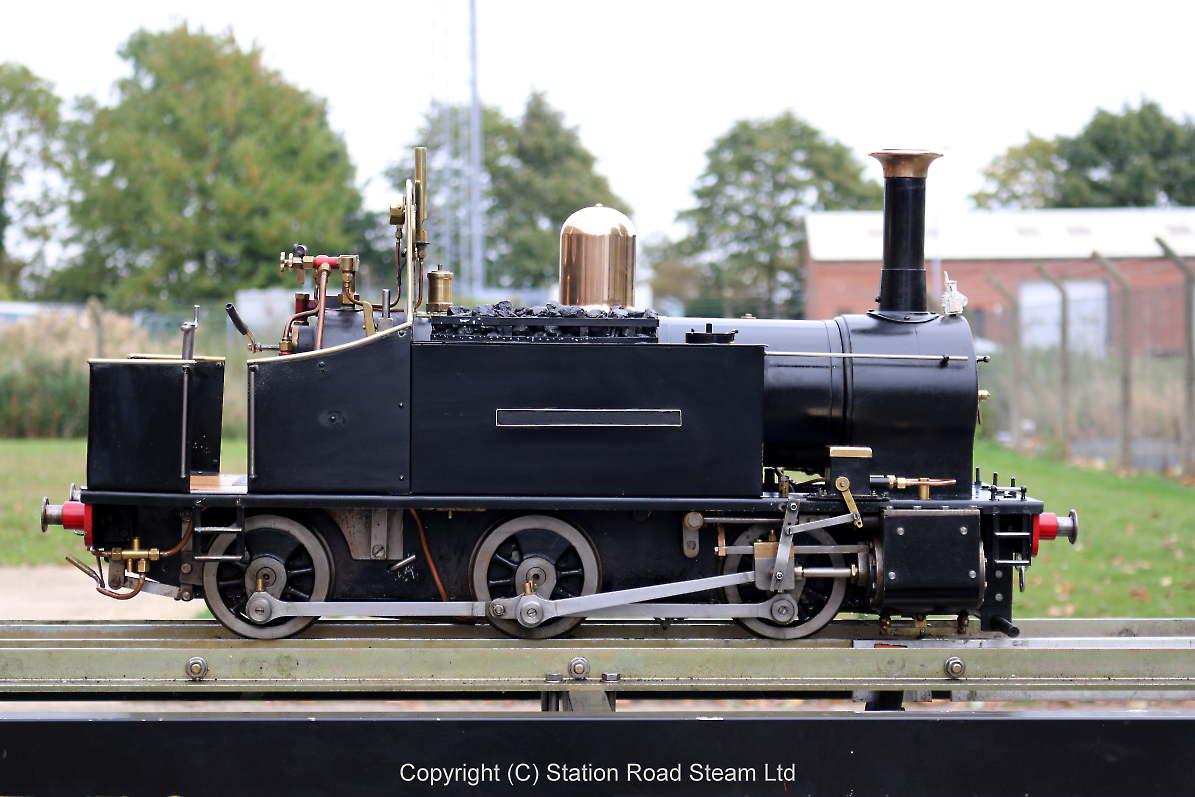 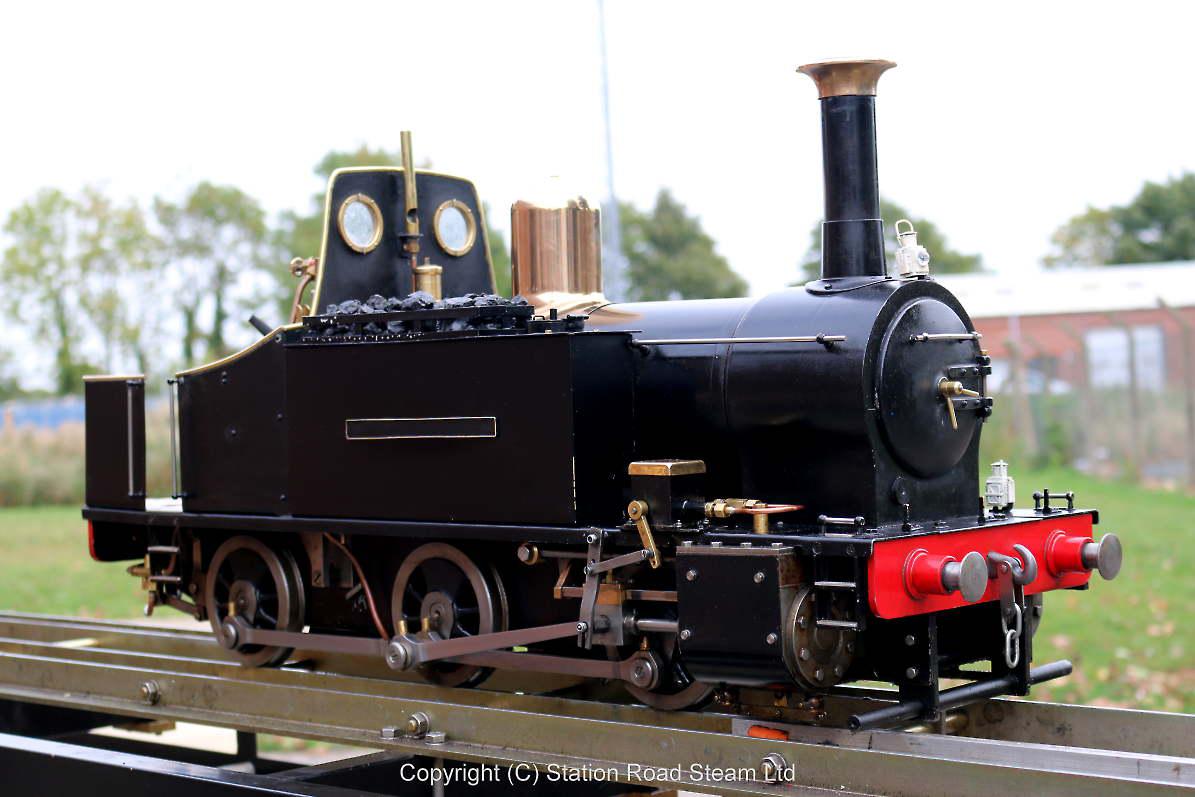 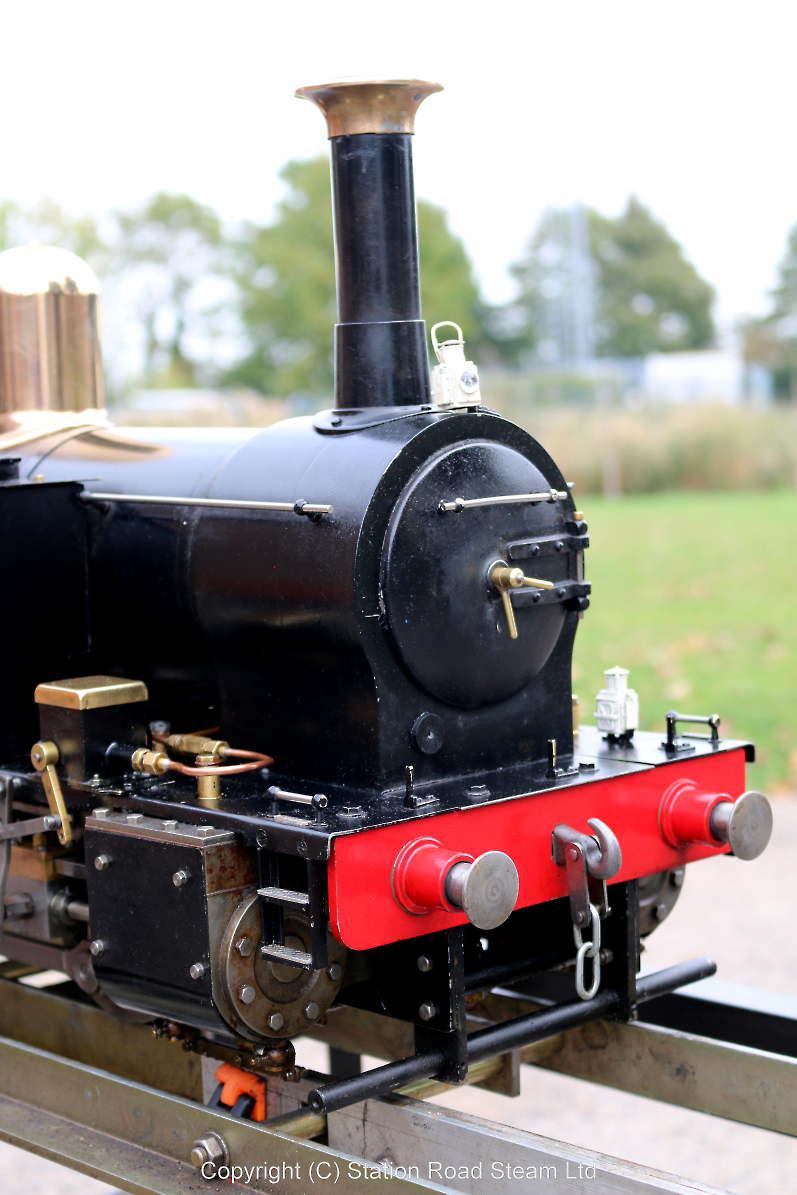 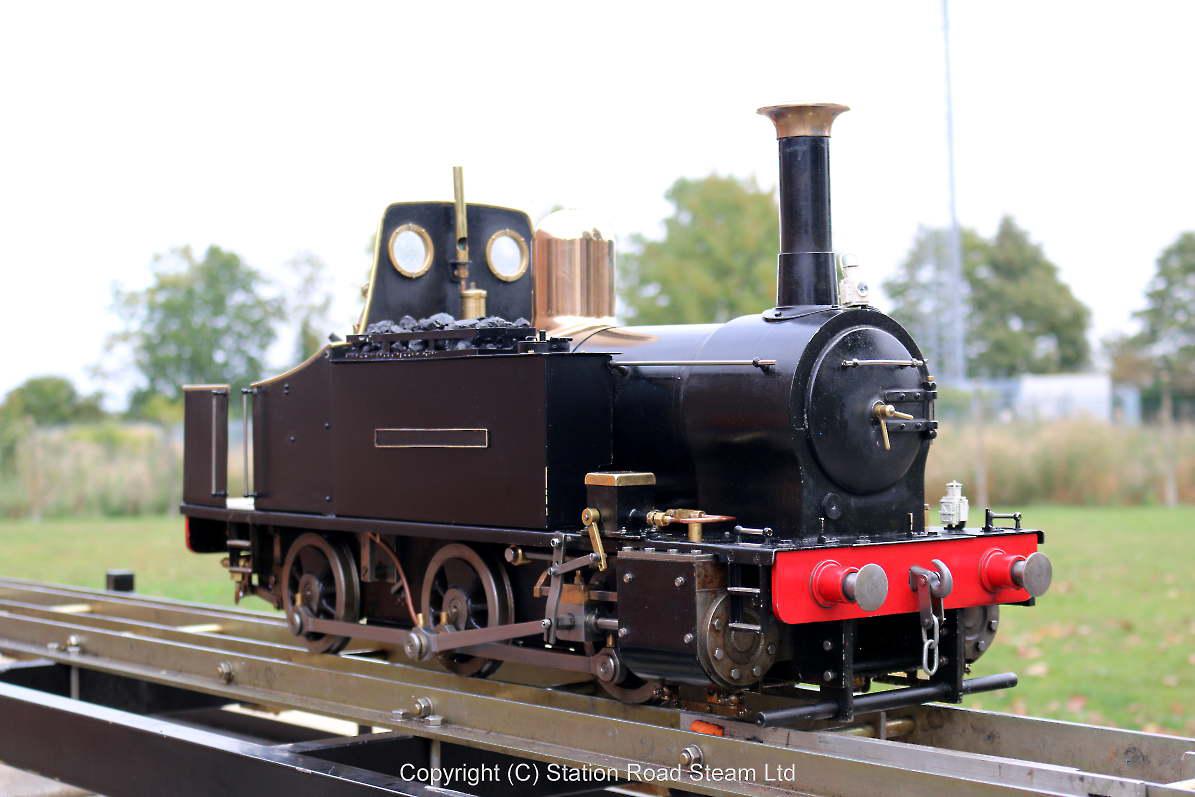 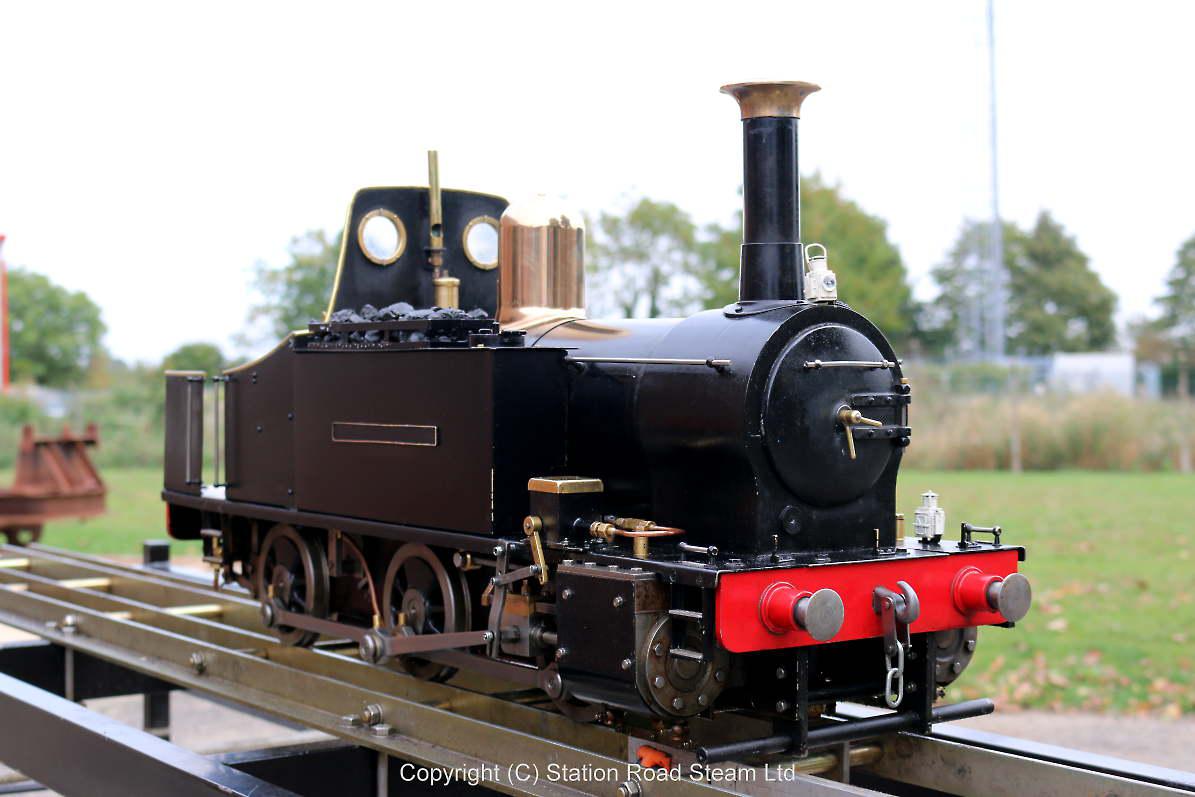 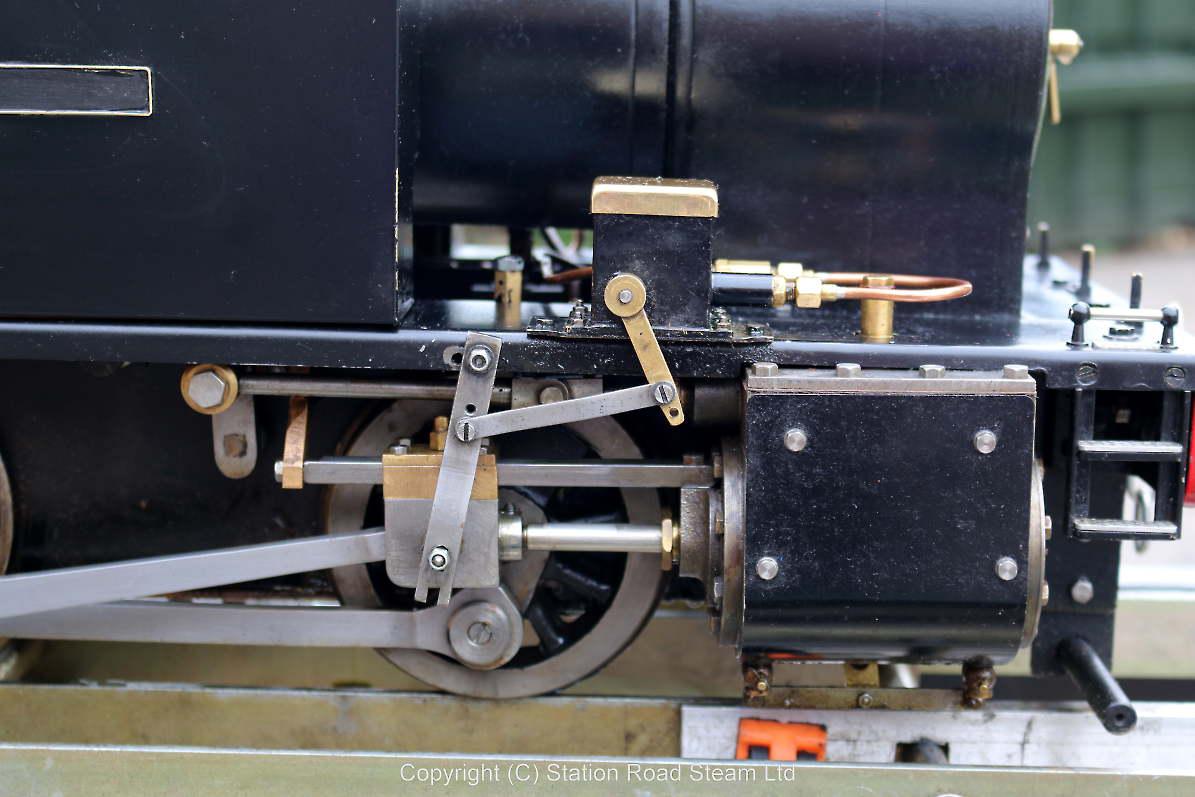 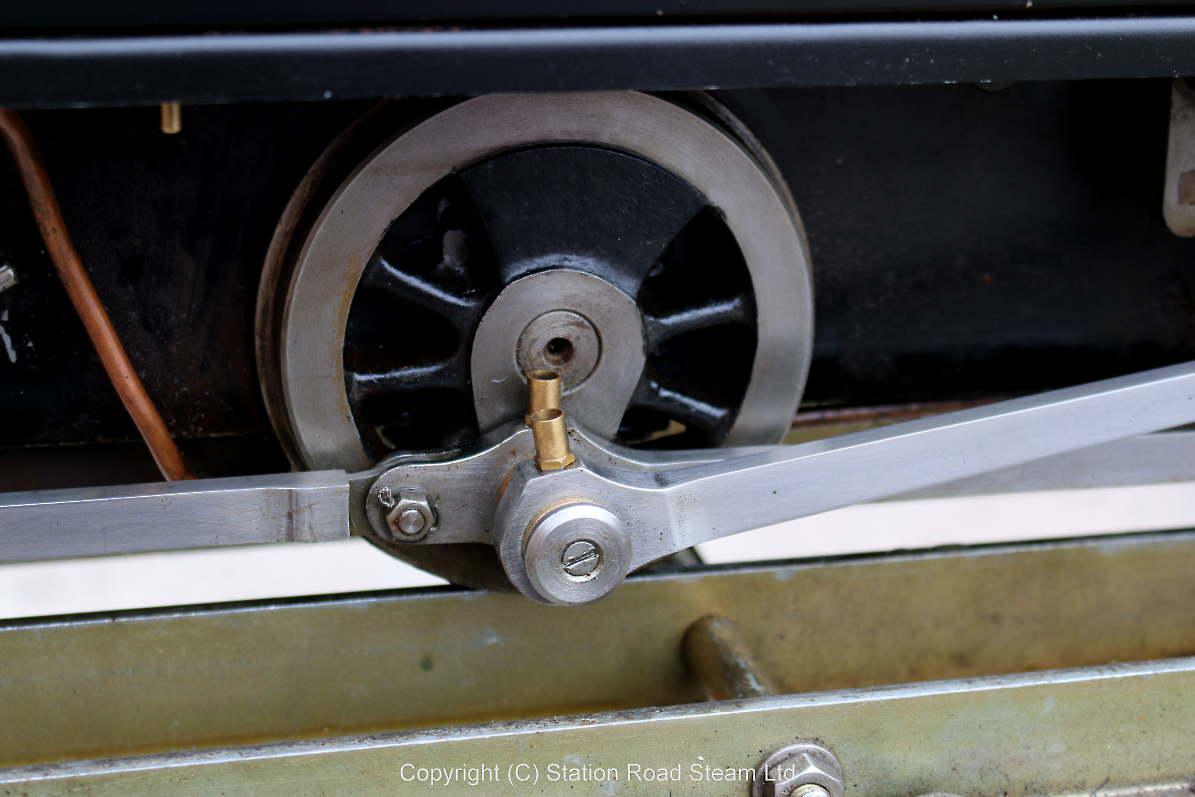 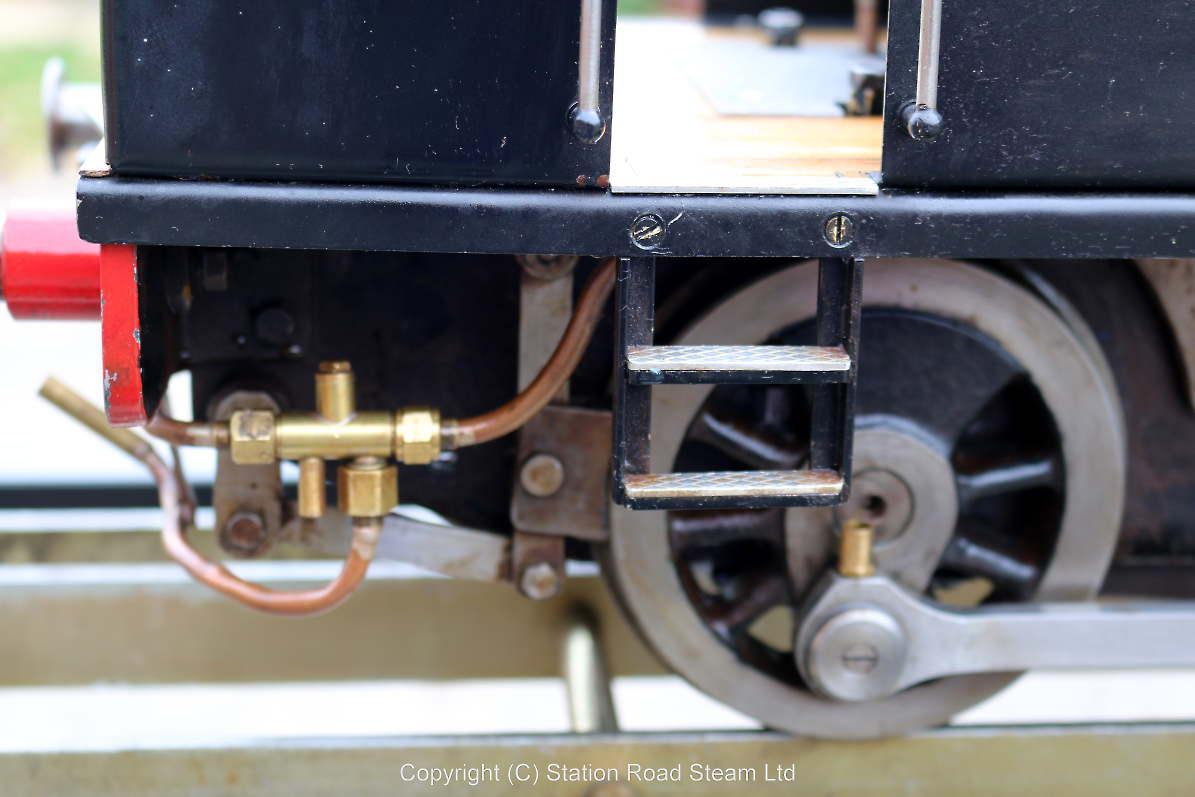 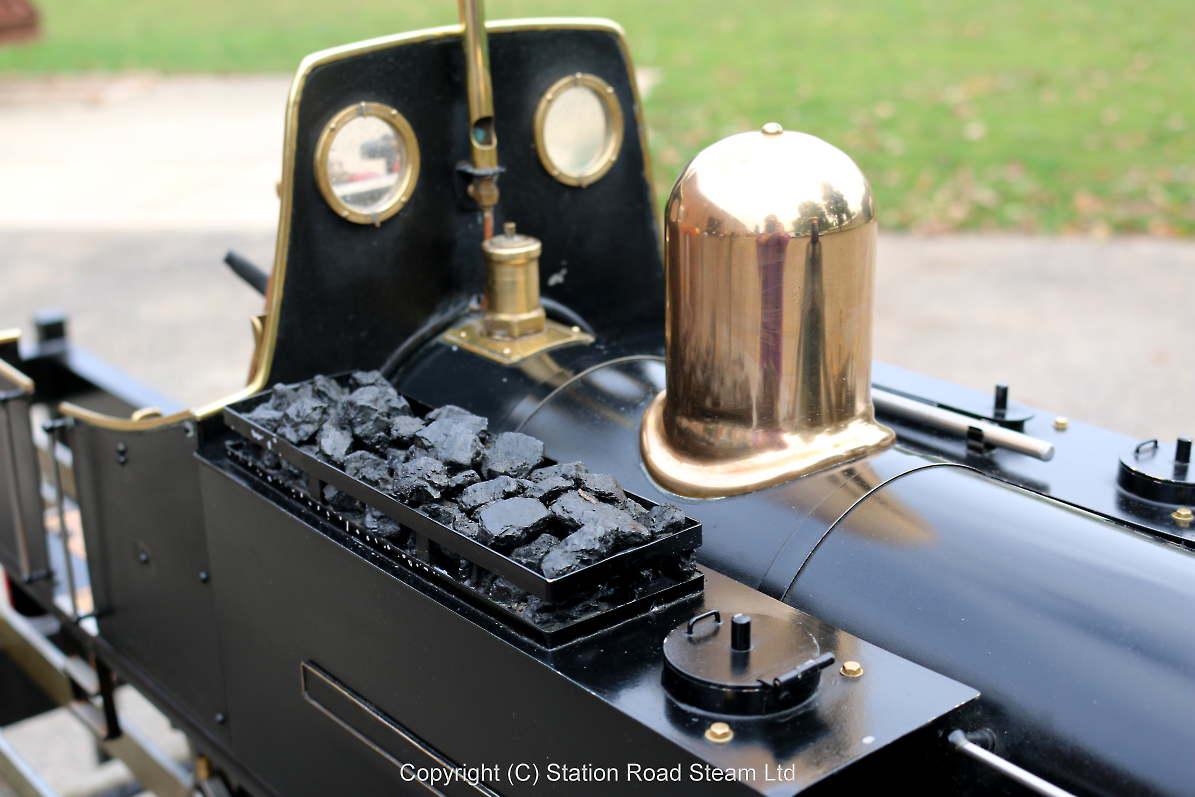 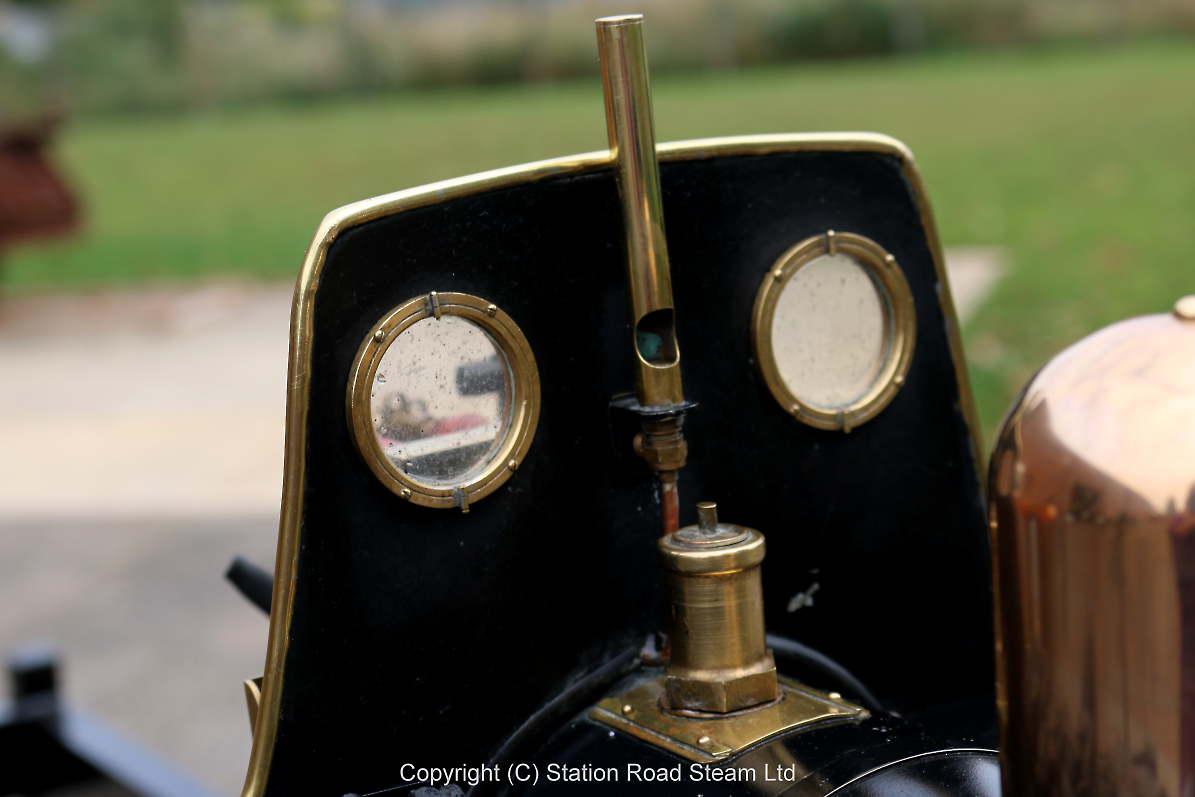 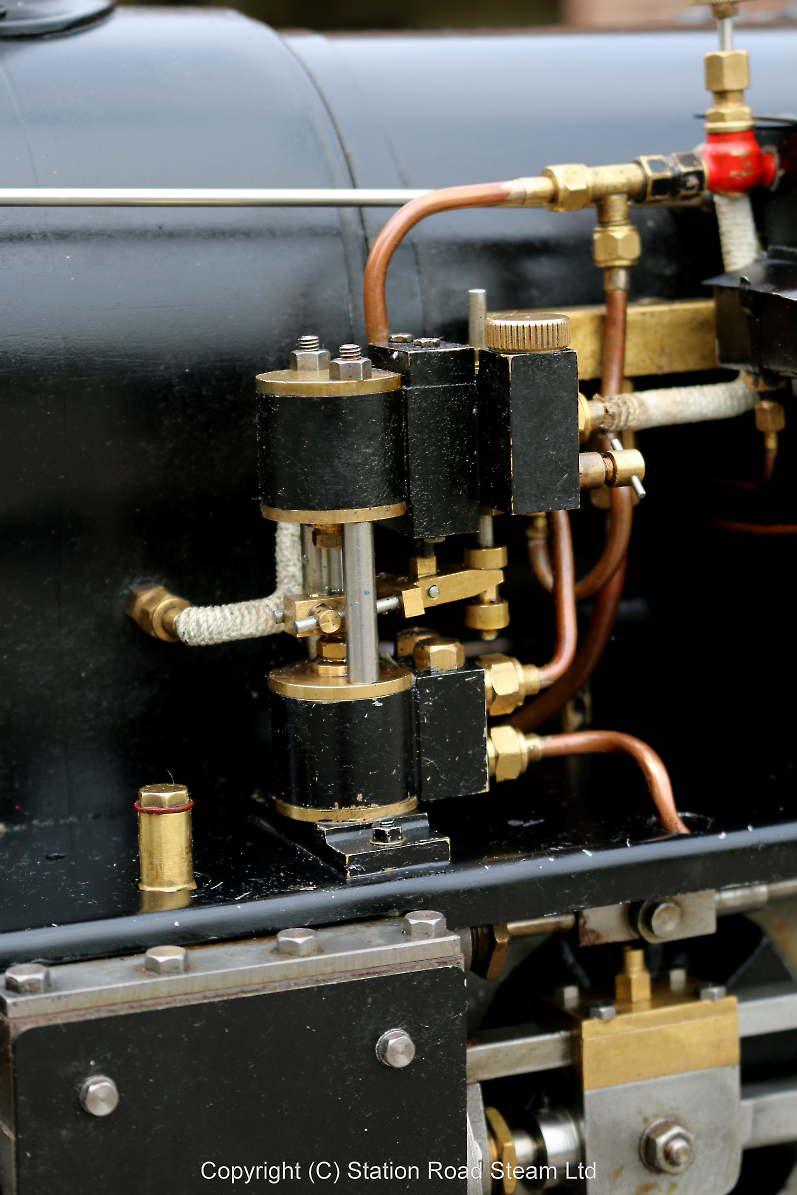 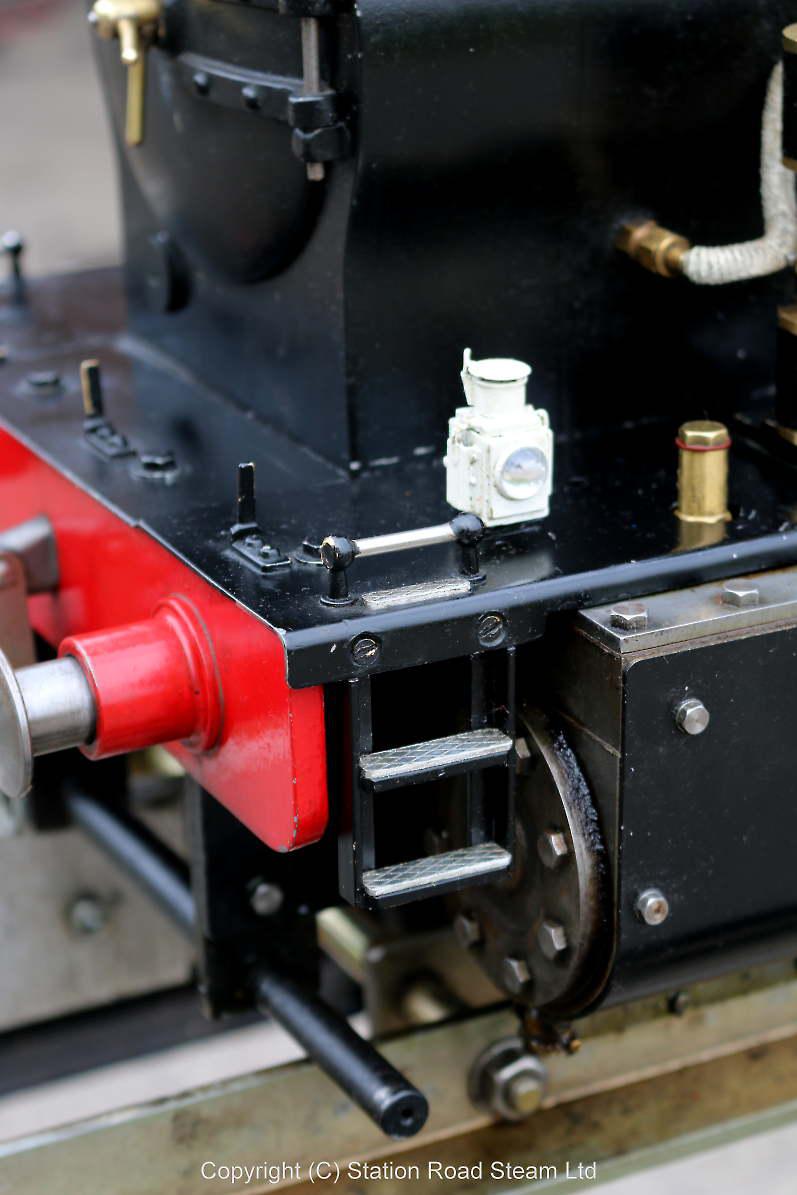 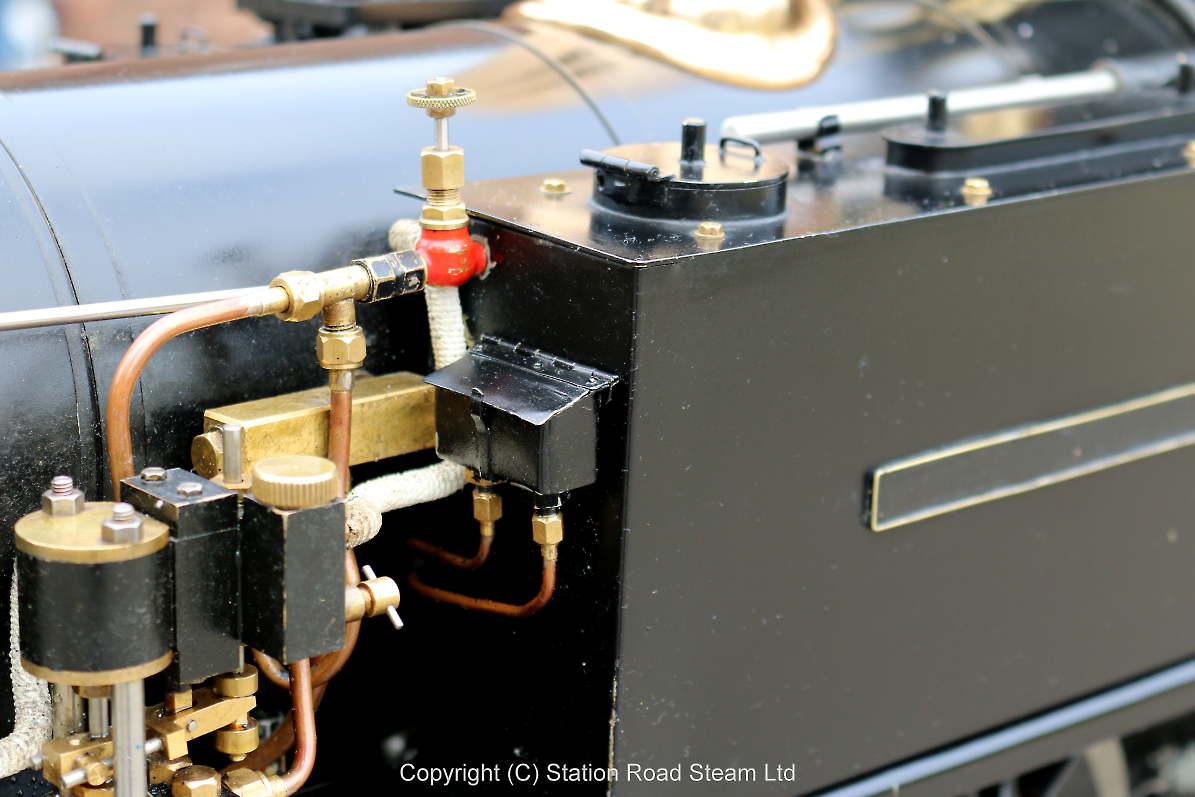 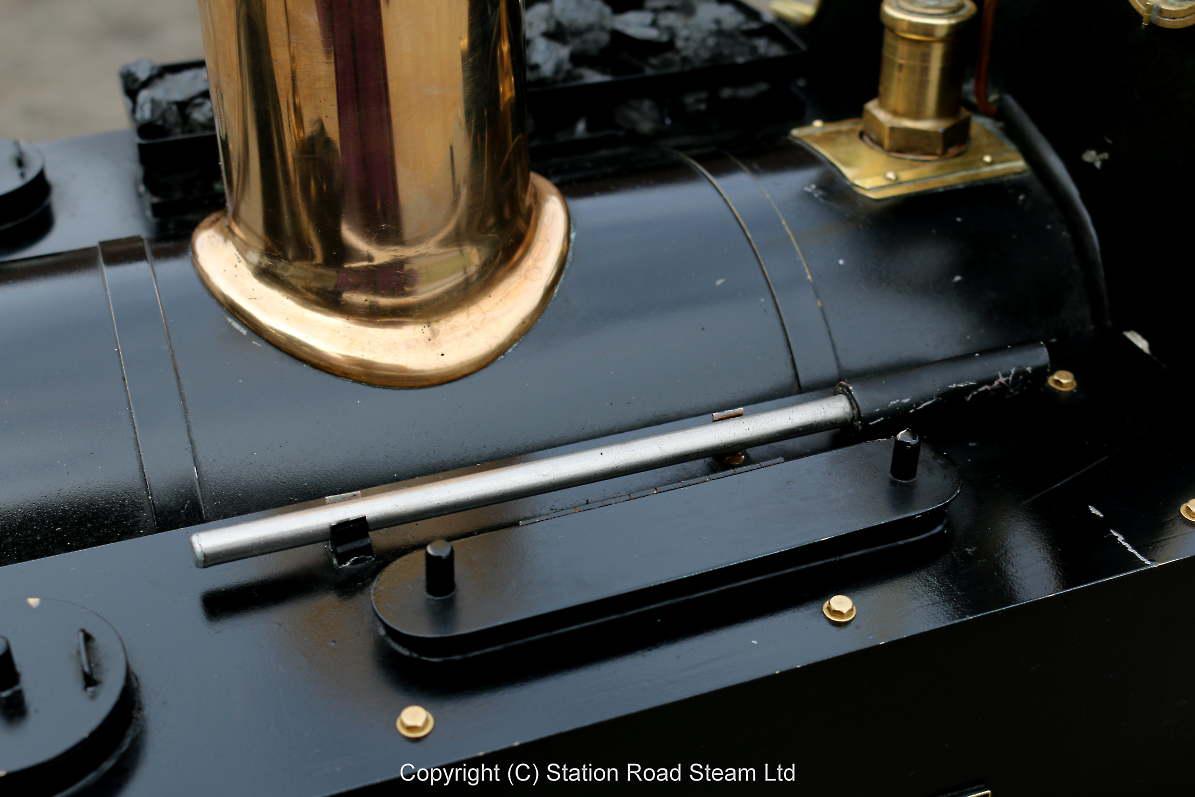 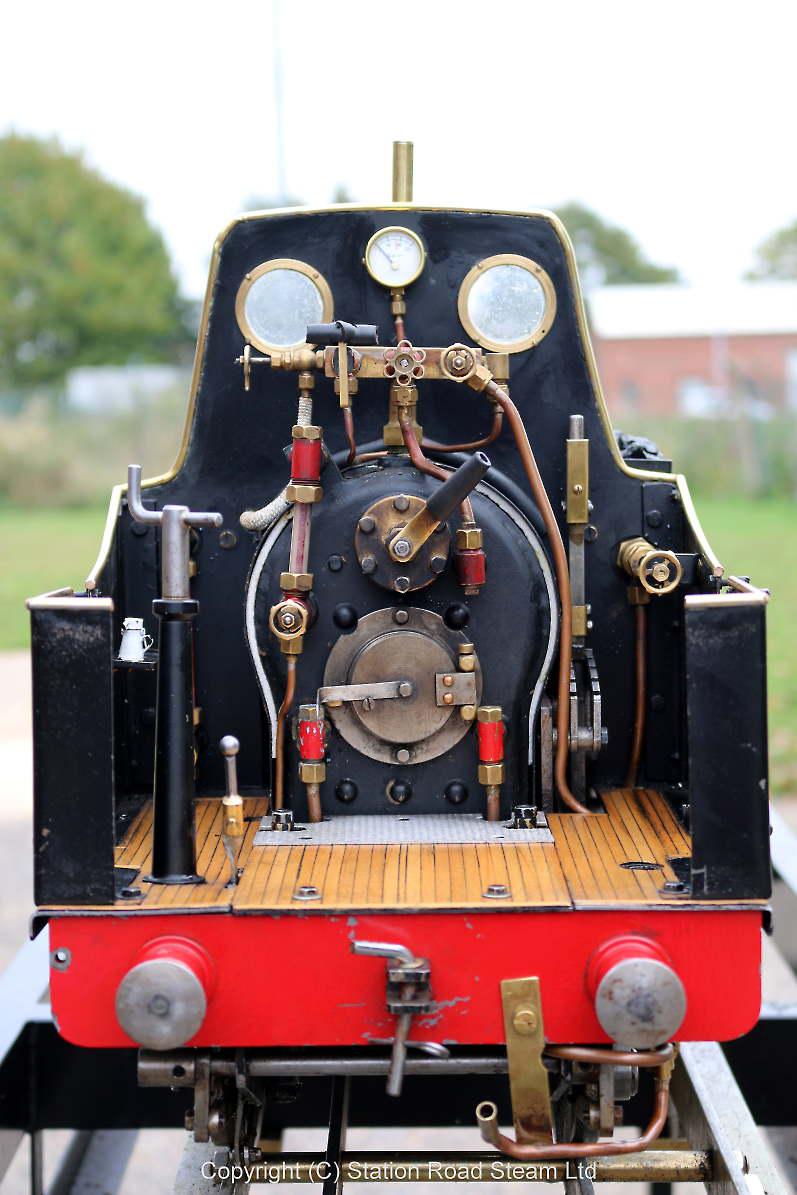 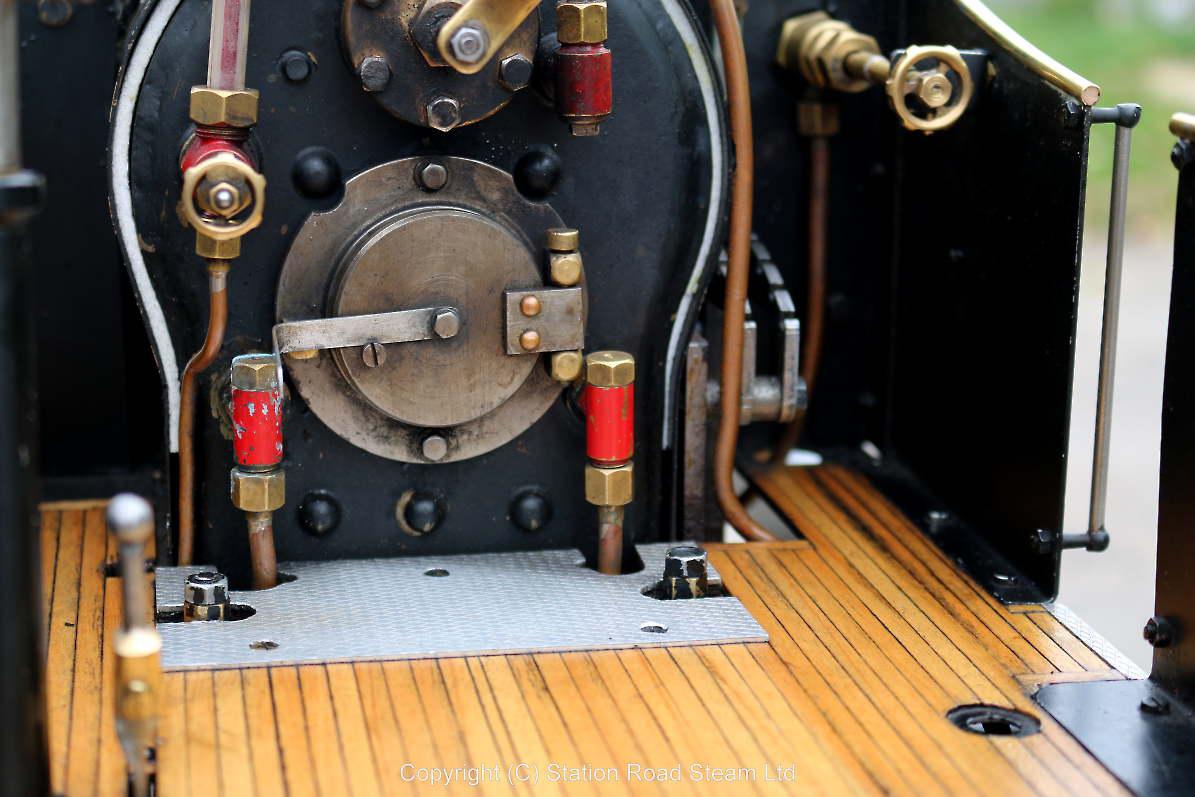 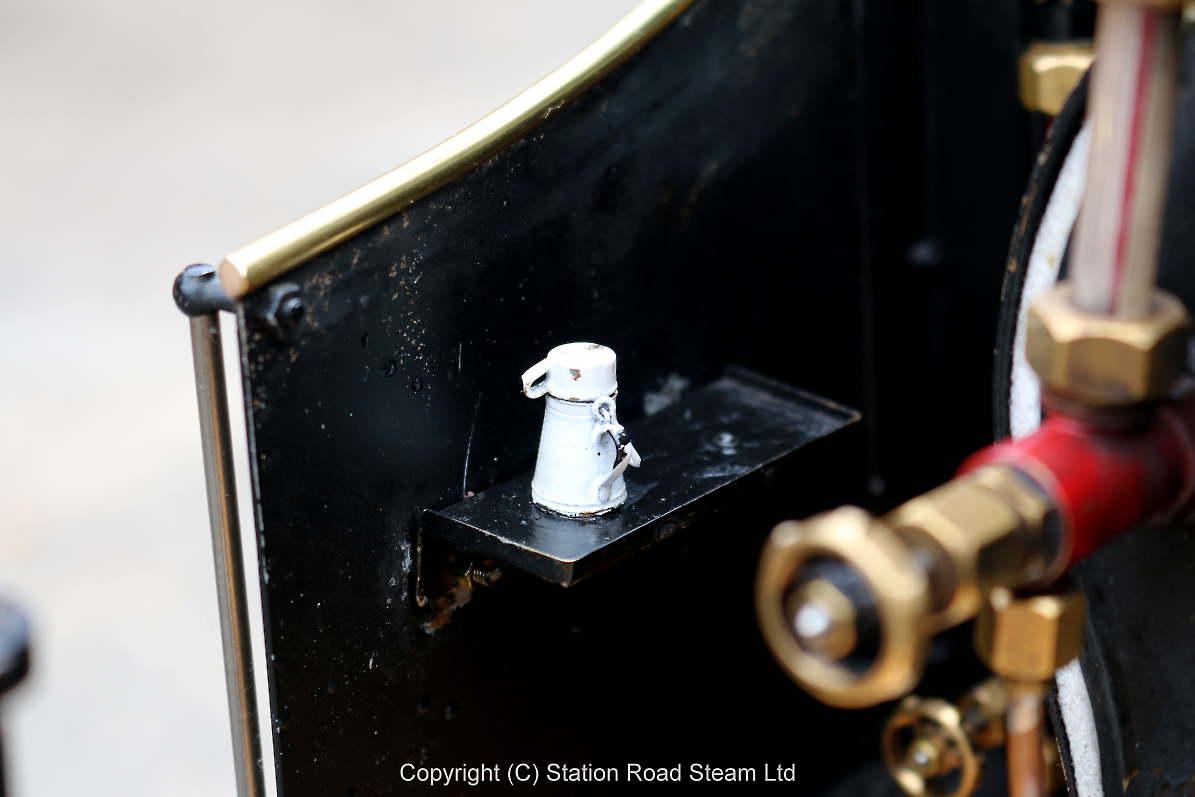 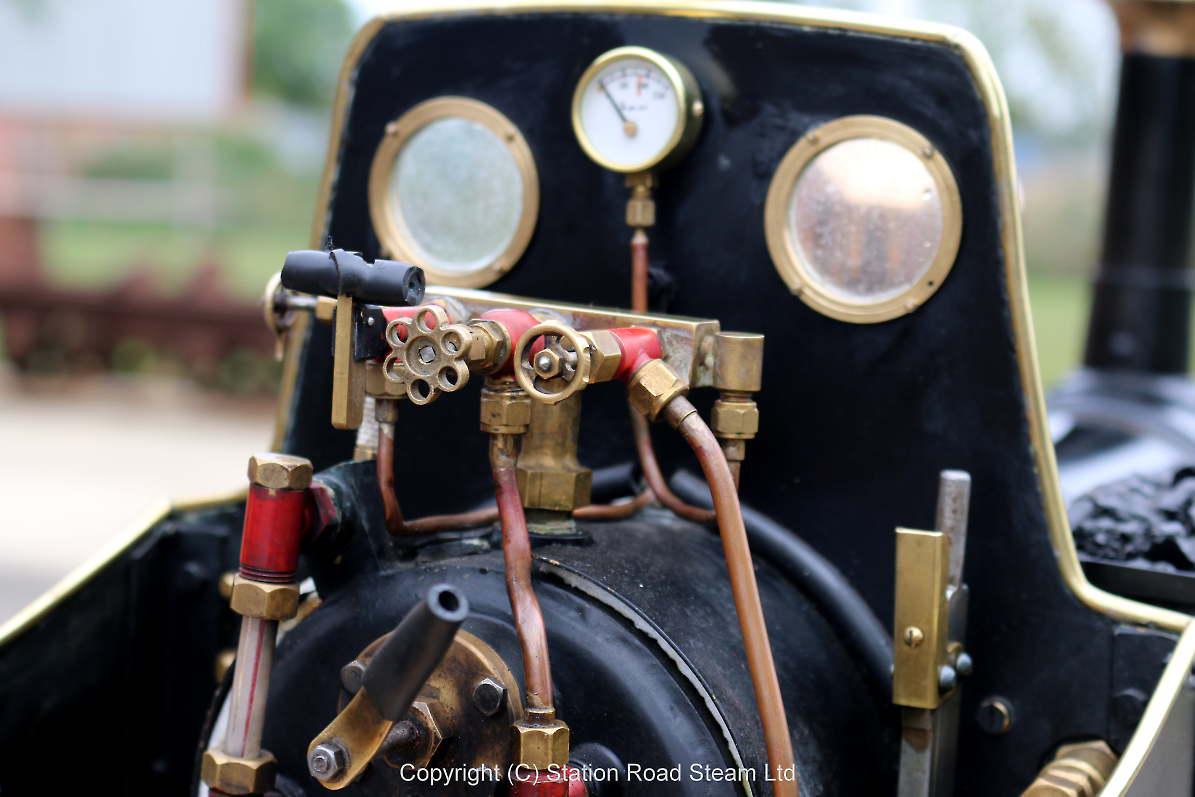 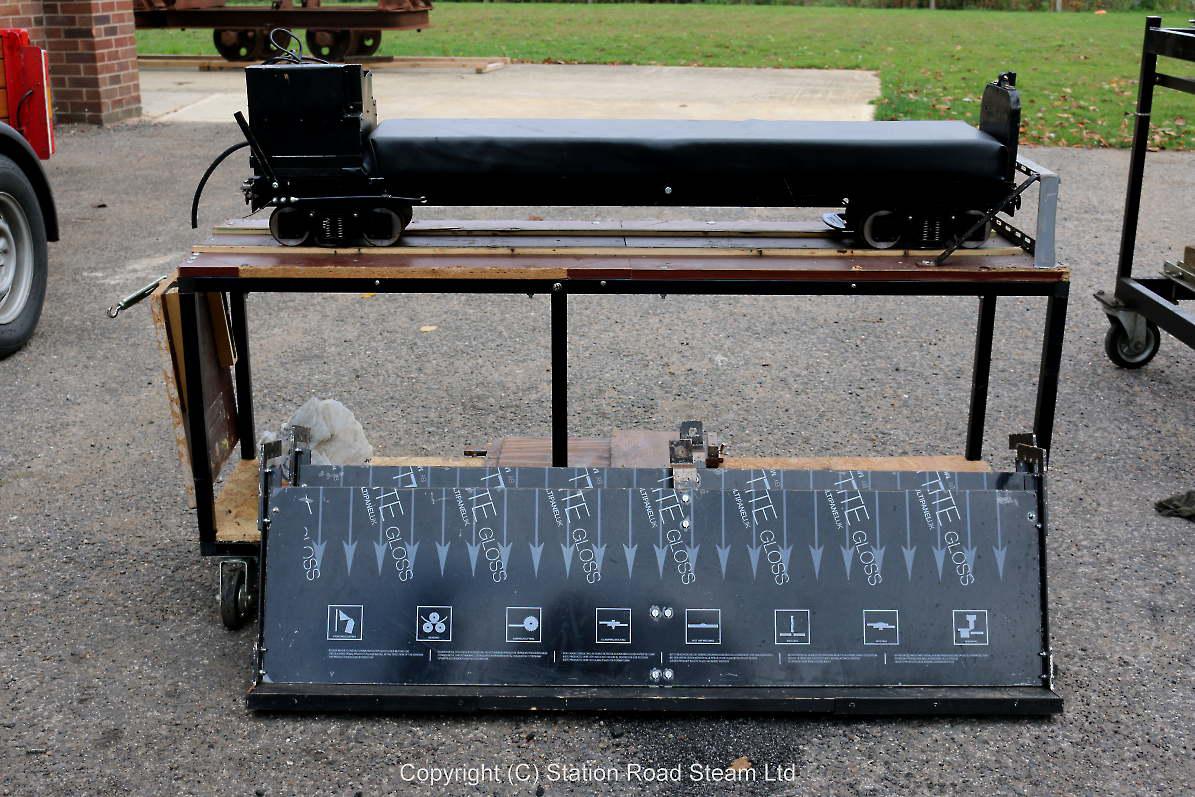 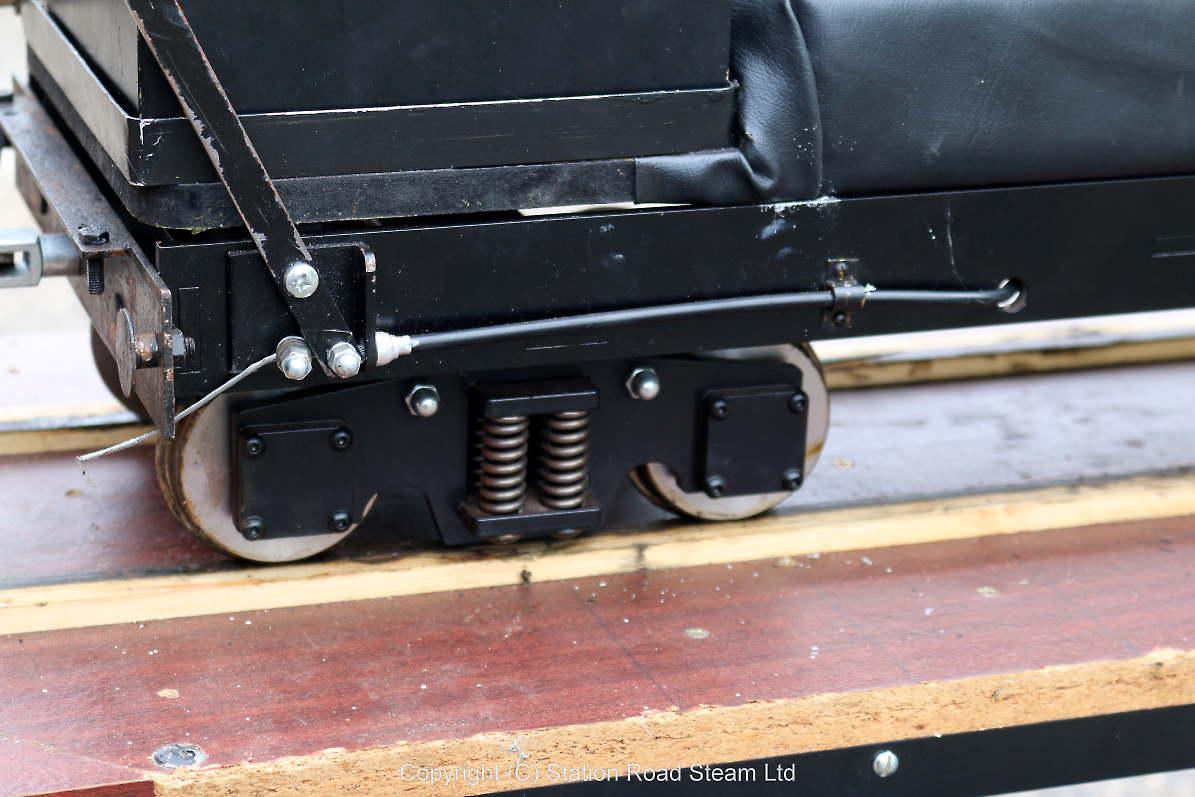 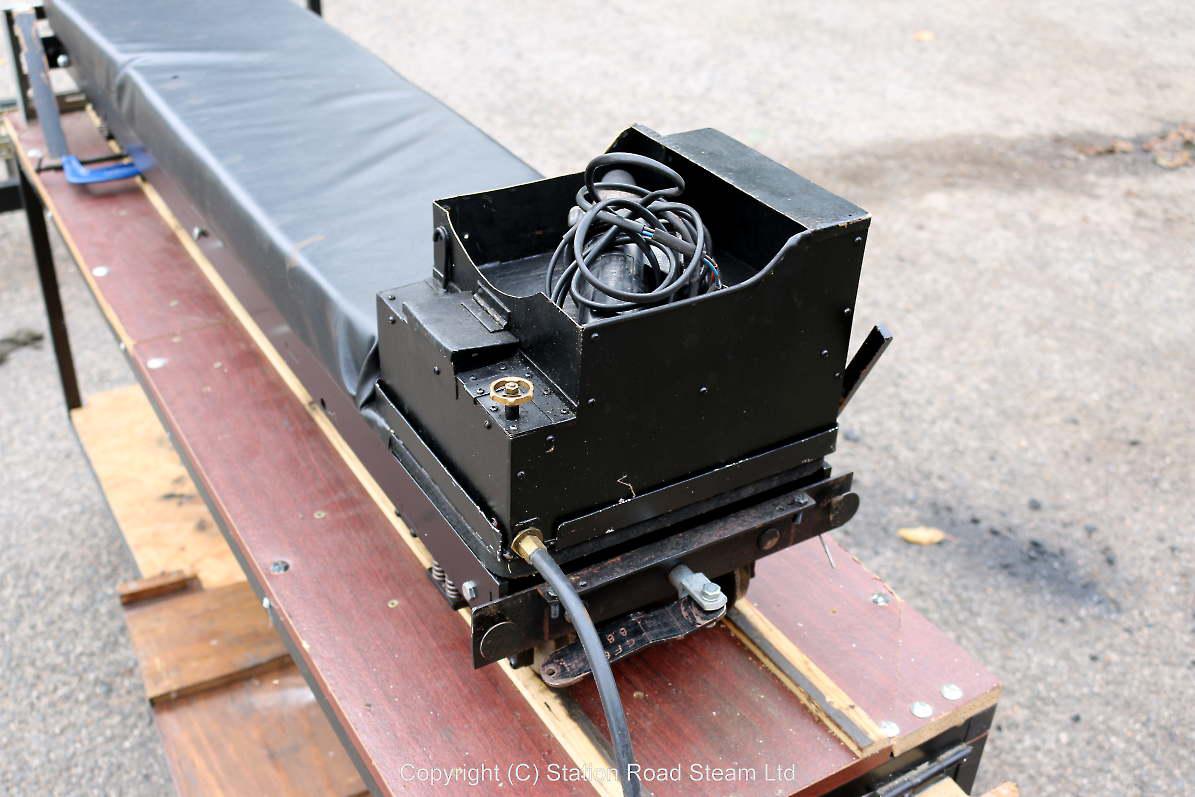 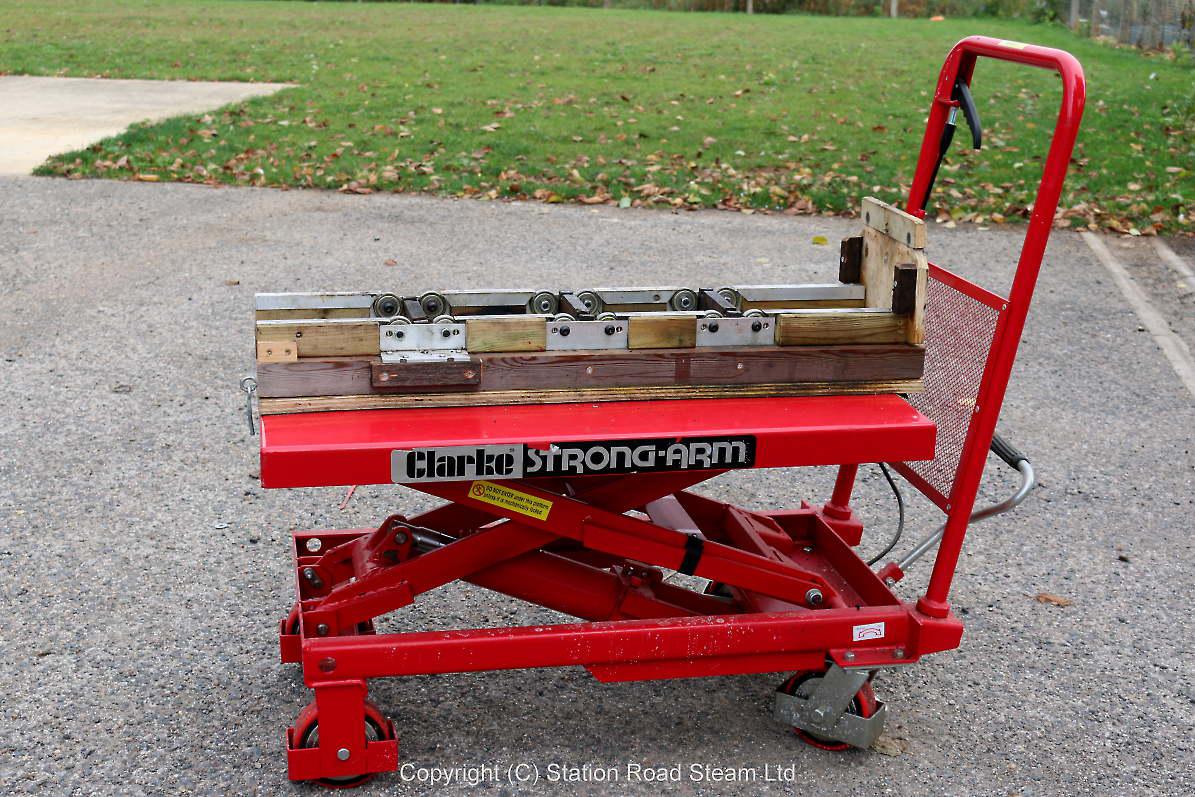 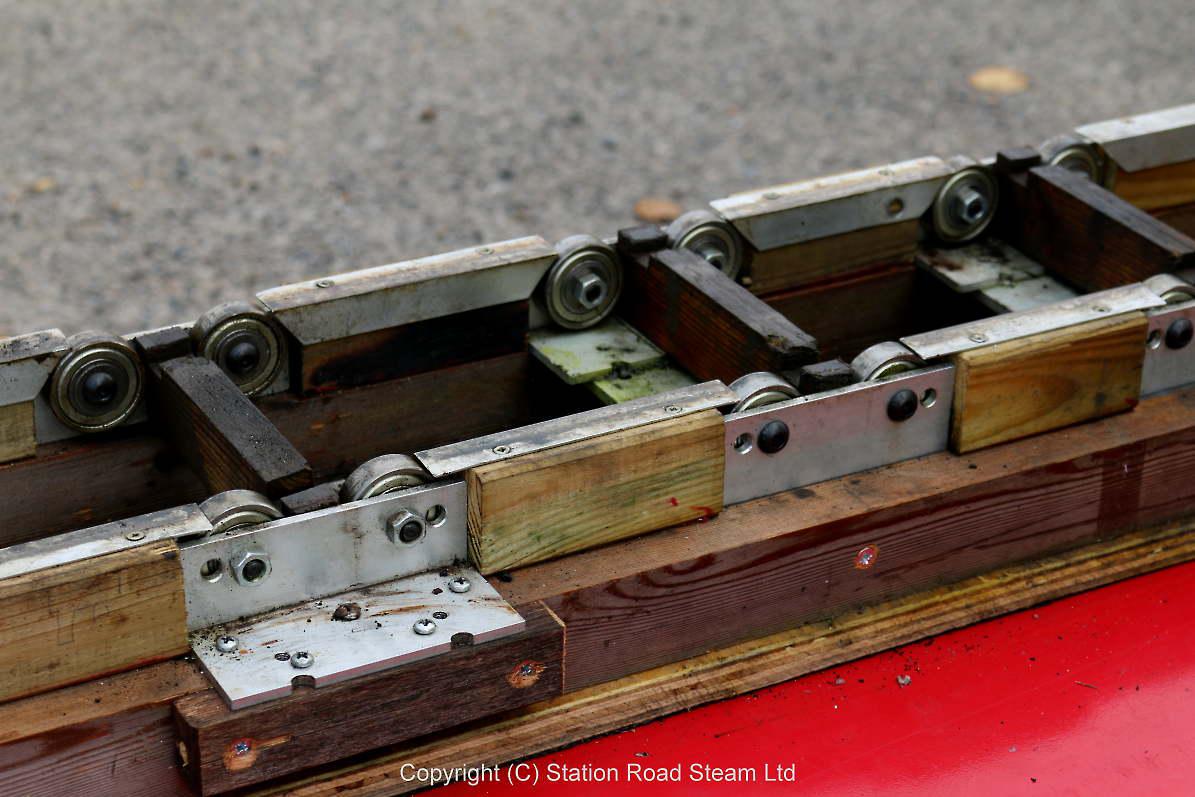 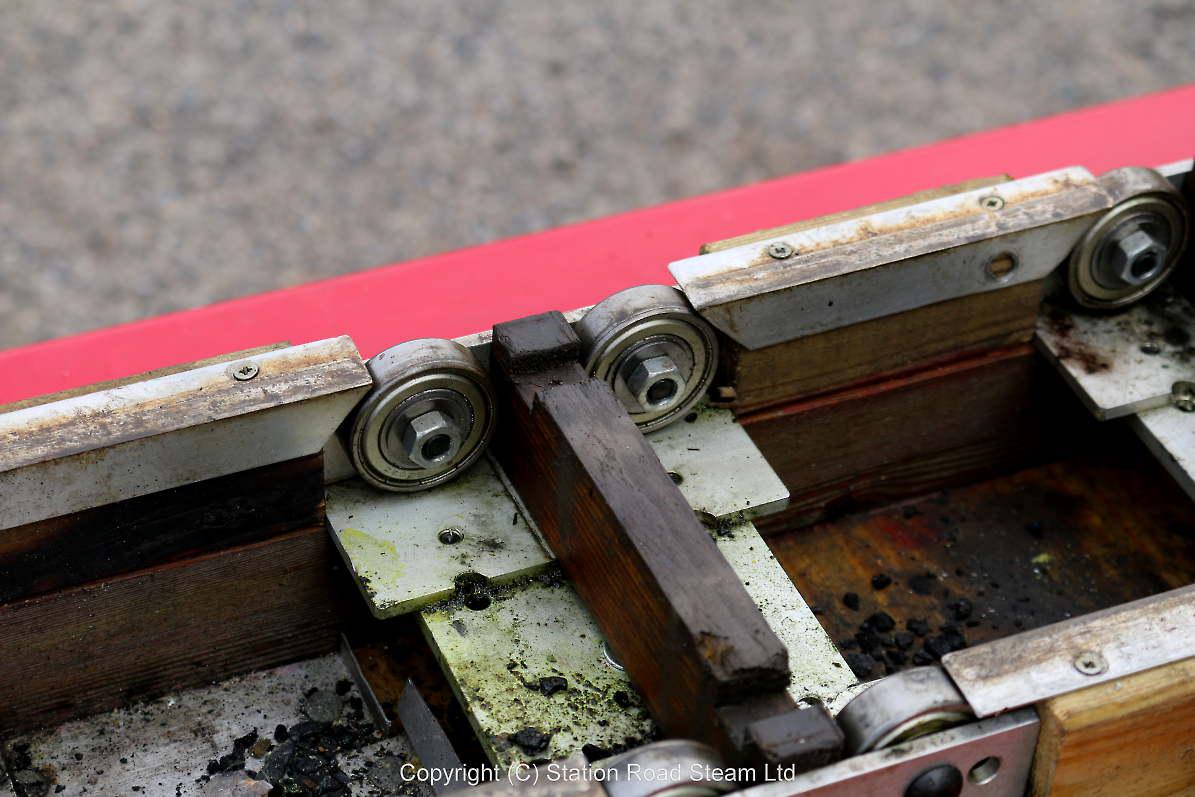 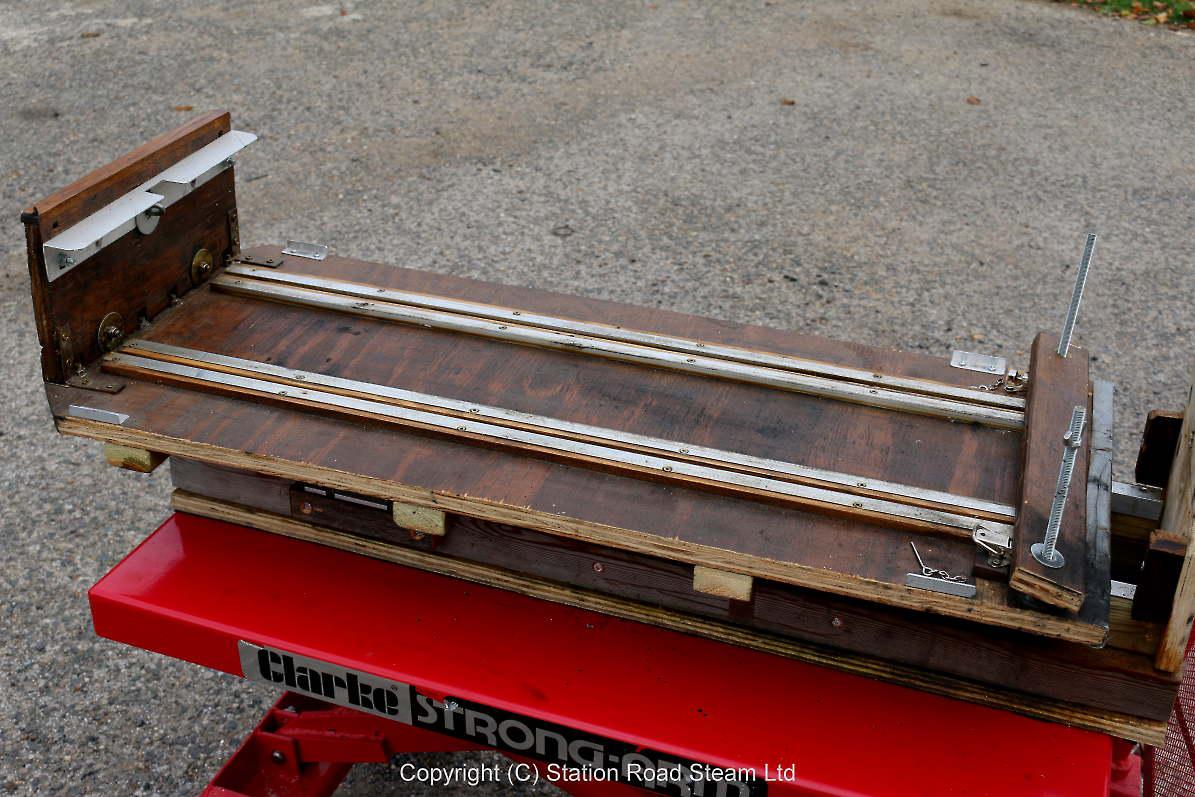 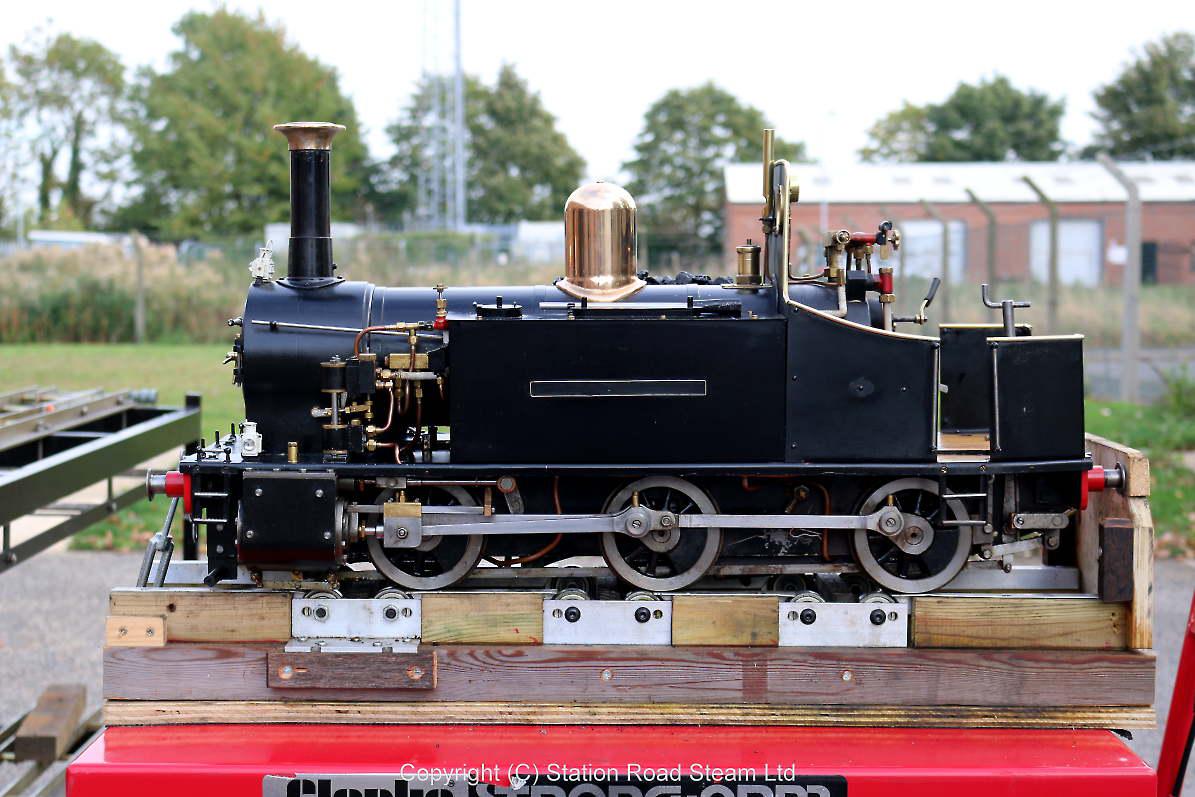 I bought this one newly assembled but unsteamed back in 2005. It went to a man who kept it for five years, unused, before it came back to us in 2010. It went out to a new owner who remodelled and painted it, the engine finally steamed for the first time in April 2011. It's had two seasons of occasional running at his local club (occasional only because much of his spare time is spent running 16mm scale live steam on a rather magnificent layout in his back garden), now back again in first class mechanical order, fitted with a rather rakish spectacle plate replacing the standard cab, a plamked footplate and one of our steam pumps on the nearside running board.

Complete with a rolling road installed on a new hydraulic pump-up bench for handling the engine, a two seat driving truck suitable for raised or ground-level track and a carrying stand.