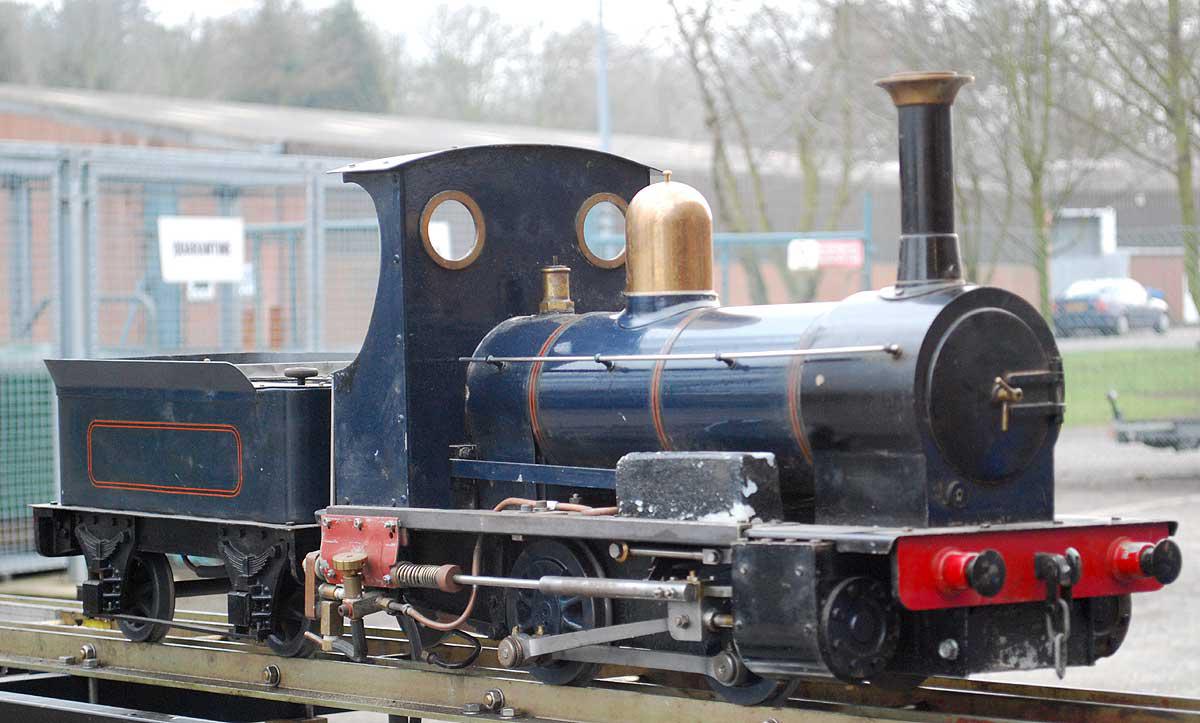 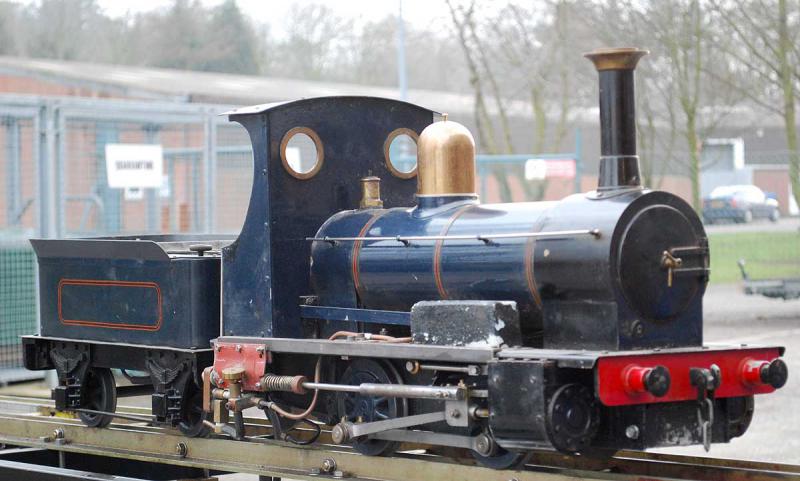 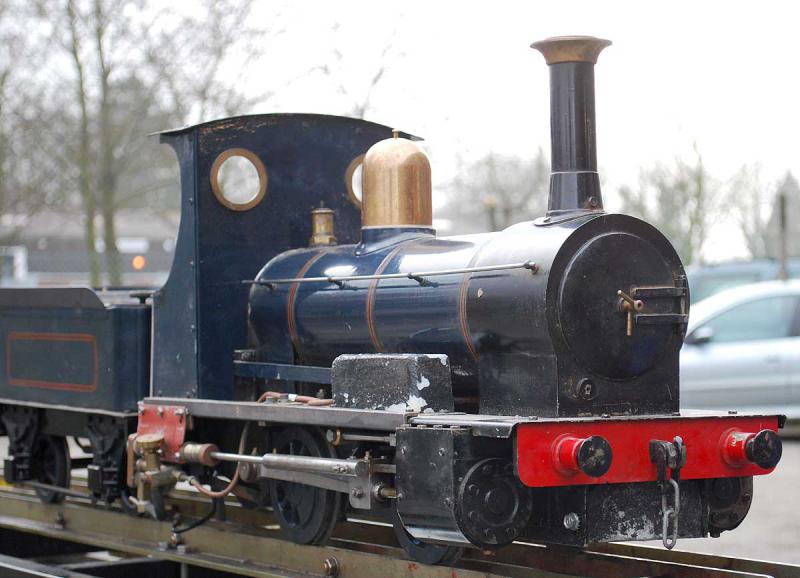 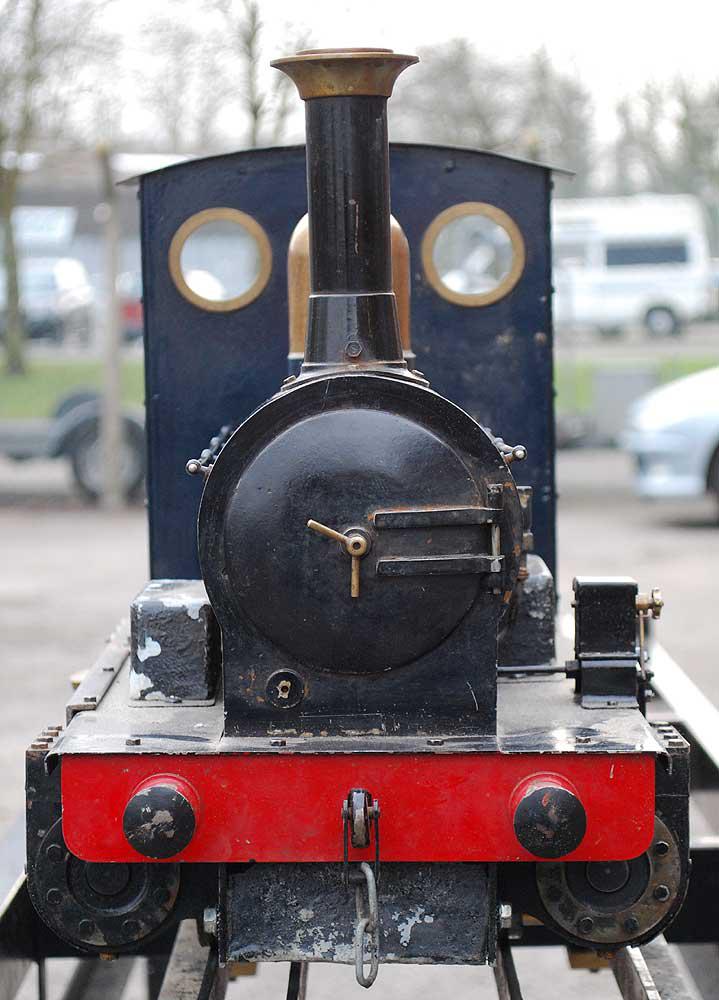 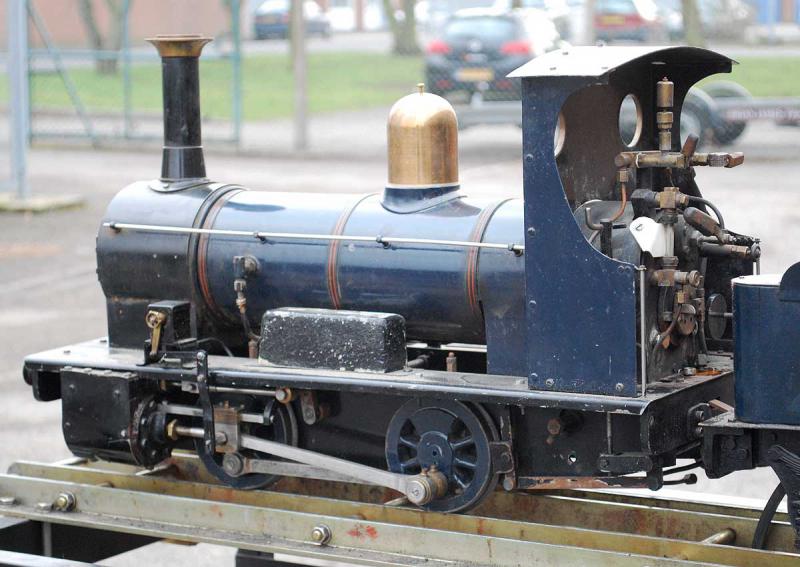 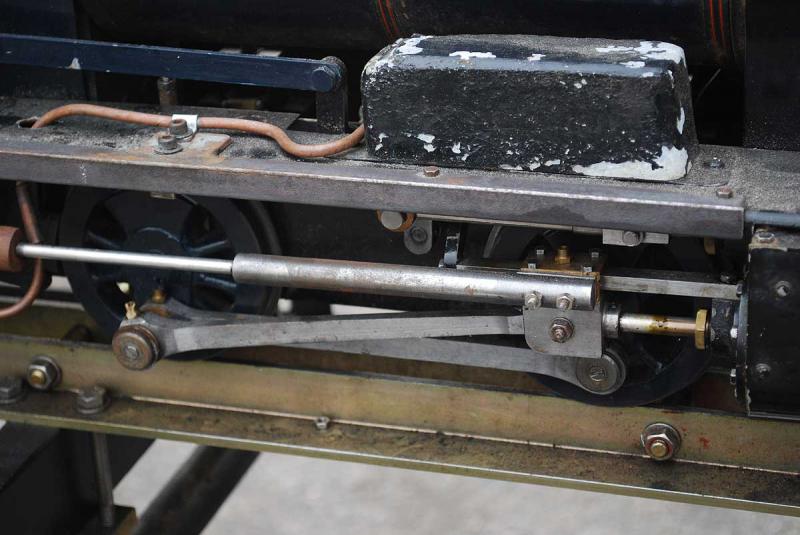 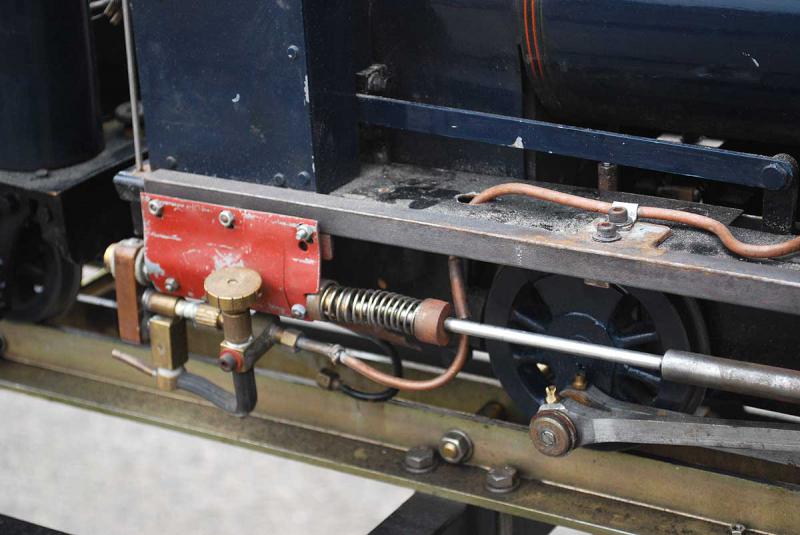 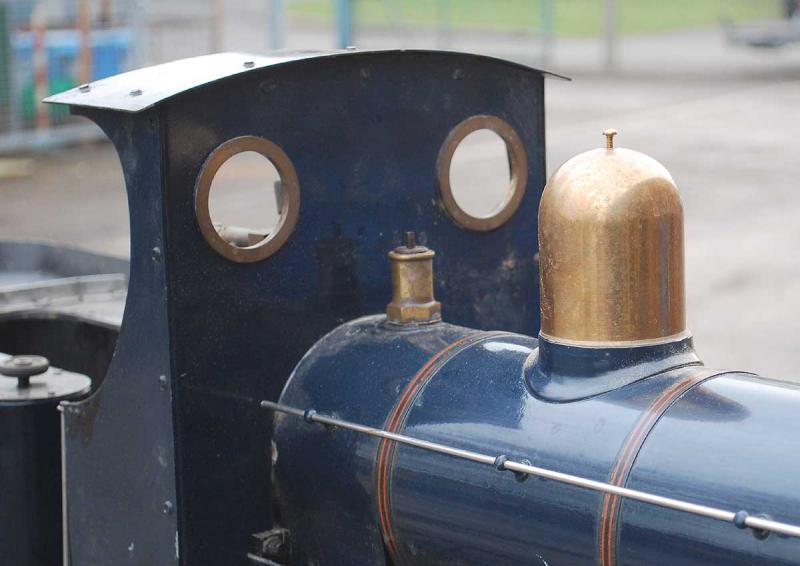 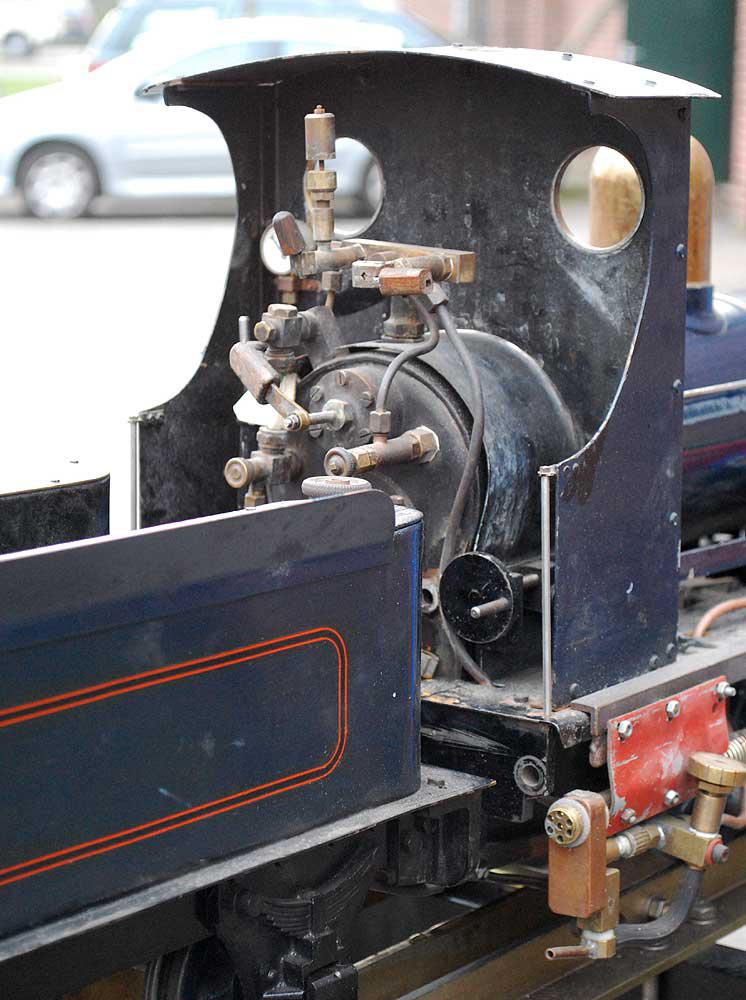 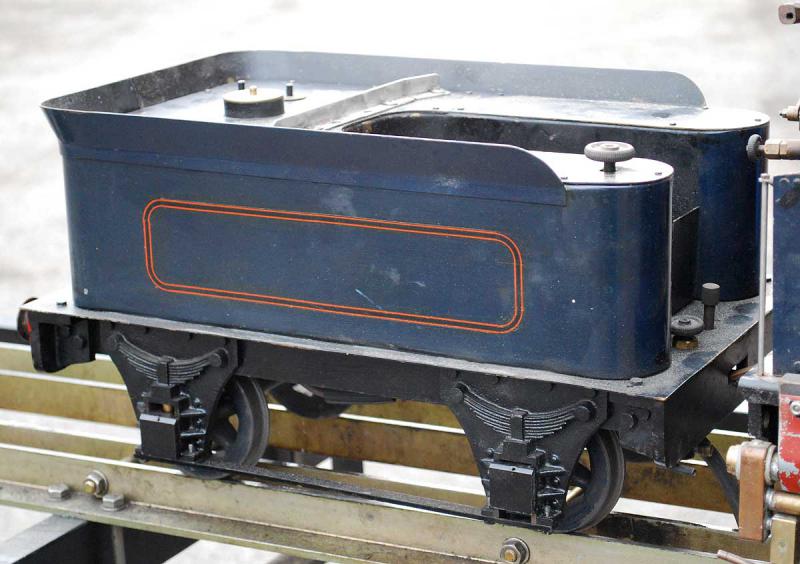 You’ll have to look beyond first impressions with this one, I’ve never before seen a Polly subjected to quite as many ill-conceived “improvements”, whilst basic cleaning and maintenance have been largely forgotten about.

This is a Polly II, ever-popular workhorse, a proven club hauler – they go well. This one has had large lumps of lead added wherever there was a space, so in addition to a block below the buffer beam, there are great bricks of it perched on the running boards as well - they do nothing for the looks of the engine, the weight did nothing for my back getting it onto our weighbeams this afternoon, where the locomotive on its own came in at 106 pounds (which is what Polly normally quote for engine and tender combined).

The original axle pump has been replaced by what looks like a bicycle pump, attached to a crude bracket beside the cab, the other end fixed to the crosshead. Looks like a deranged trombonist when working.

Rest of it is pretty grubby, although beneath the dirt most of the blue paintwork is reasonable. The running boards, footplate and cab interior need repainting, there are a pair of clacks missing from the backhead.

Boiler is ok on hydraulic test, chassis is fairly stiff to turn over simply through standing around for a long time – it would free up instantly given some oil and steam.

I think this would be a straightforward project, we had a similarly neglected specimen come in a year or two back which Geoff did a super job on – you can see the finished article in the archive here. This one could be similarly overhauled for little expenditure other than time and some paint.