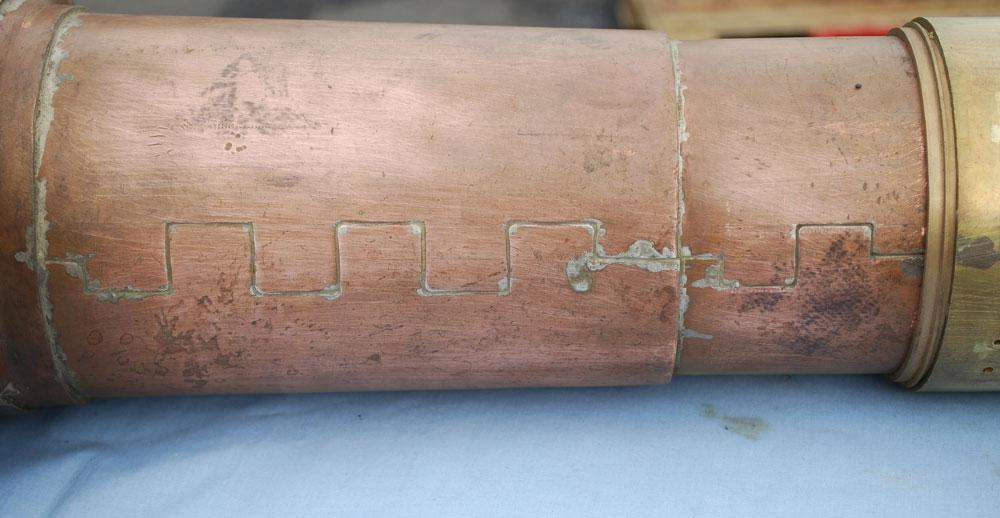 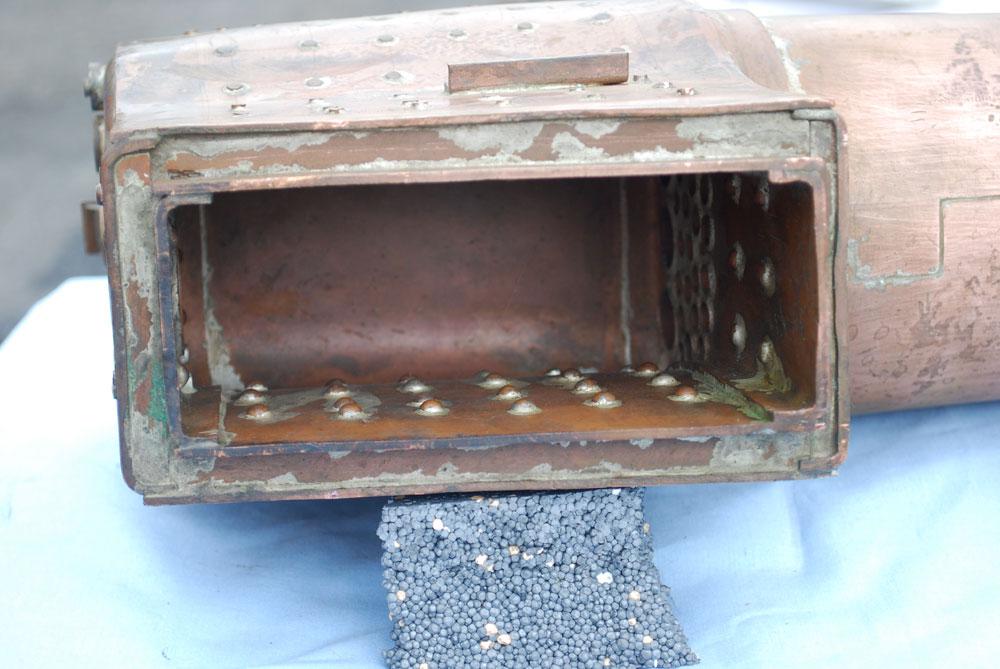 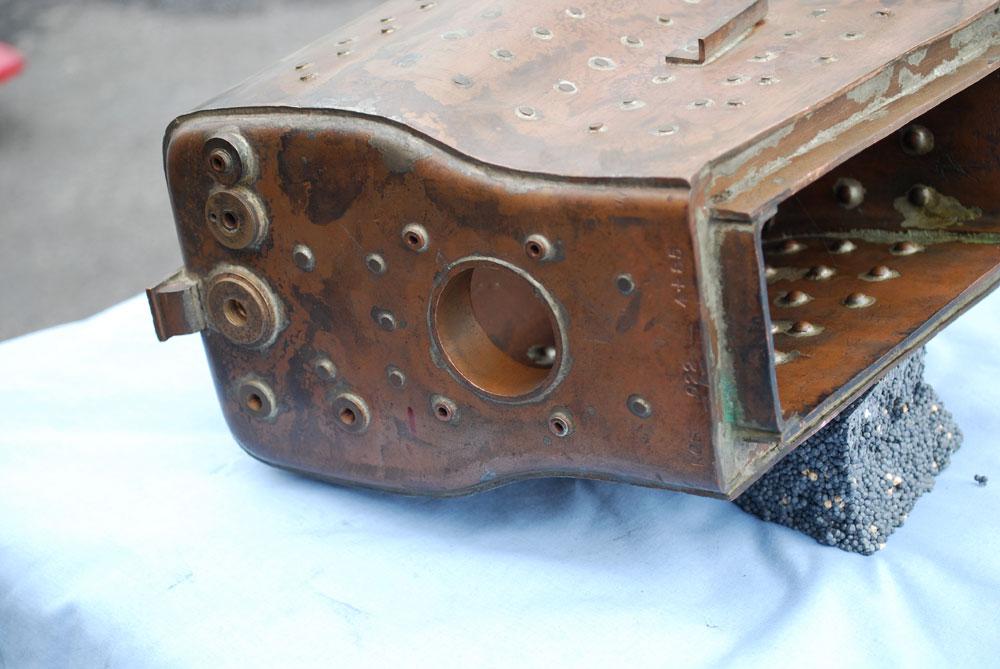 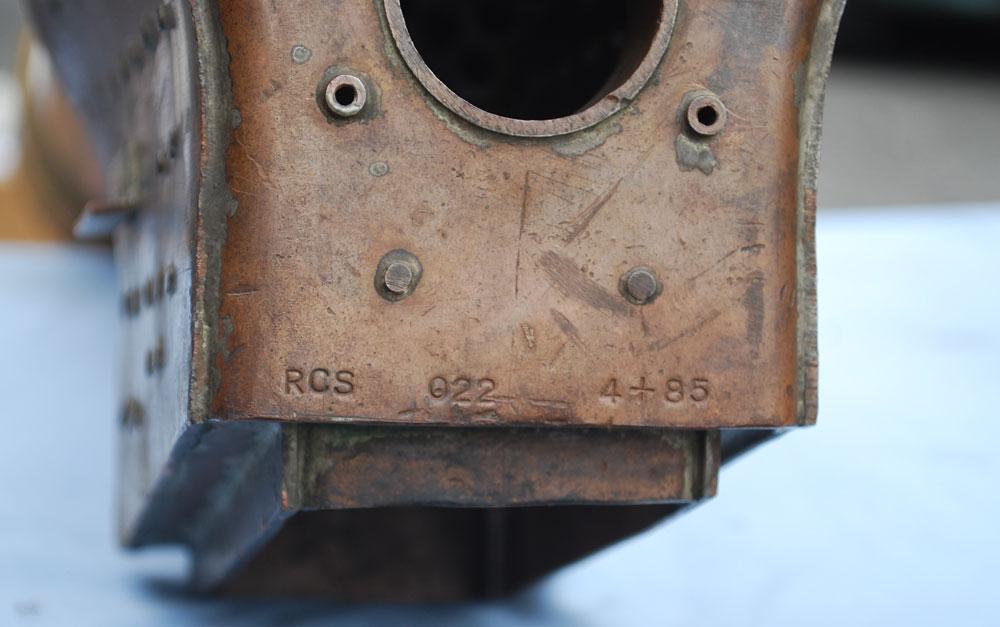 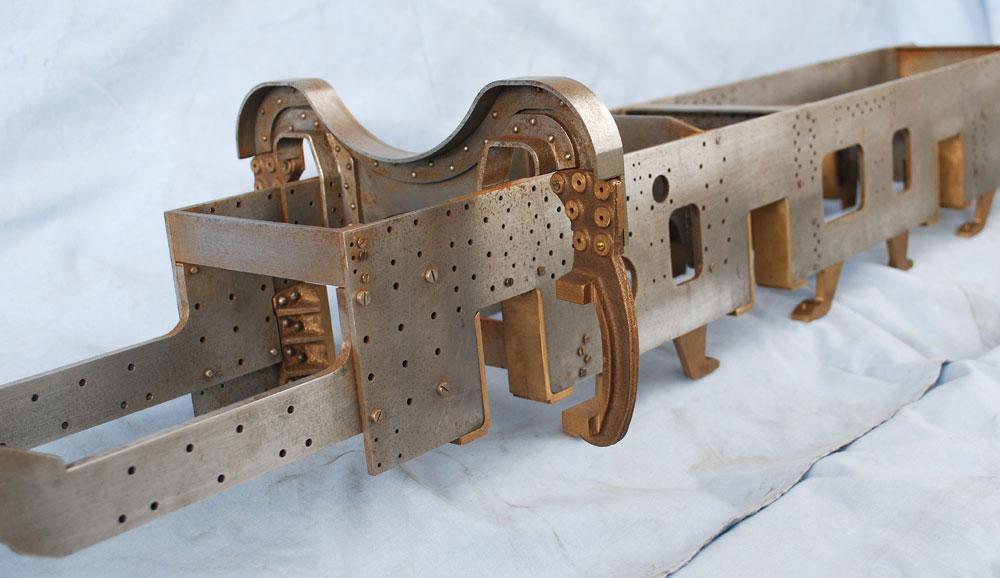 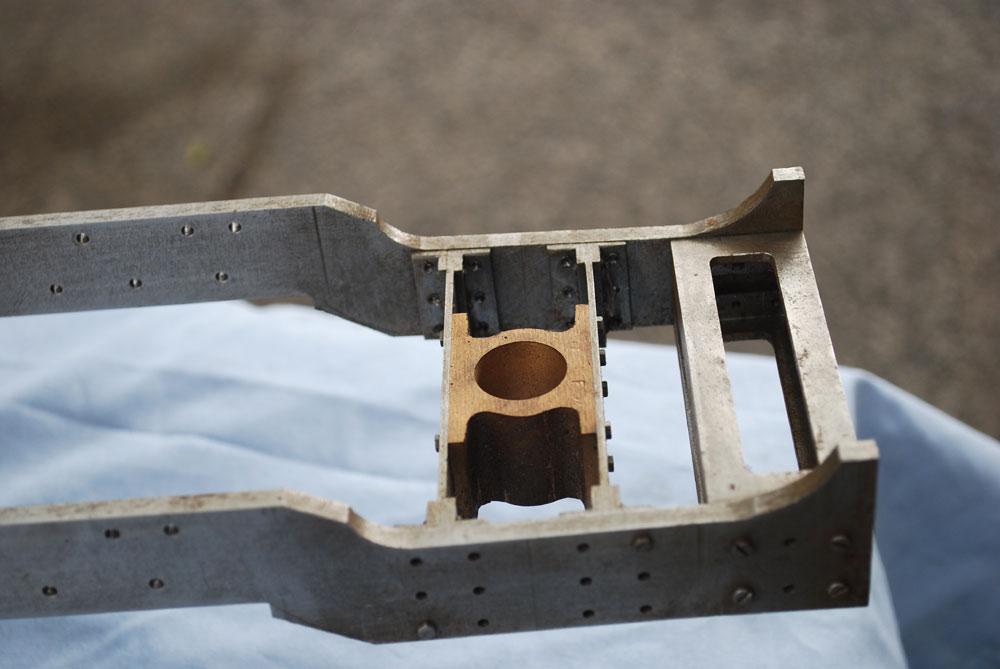 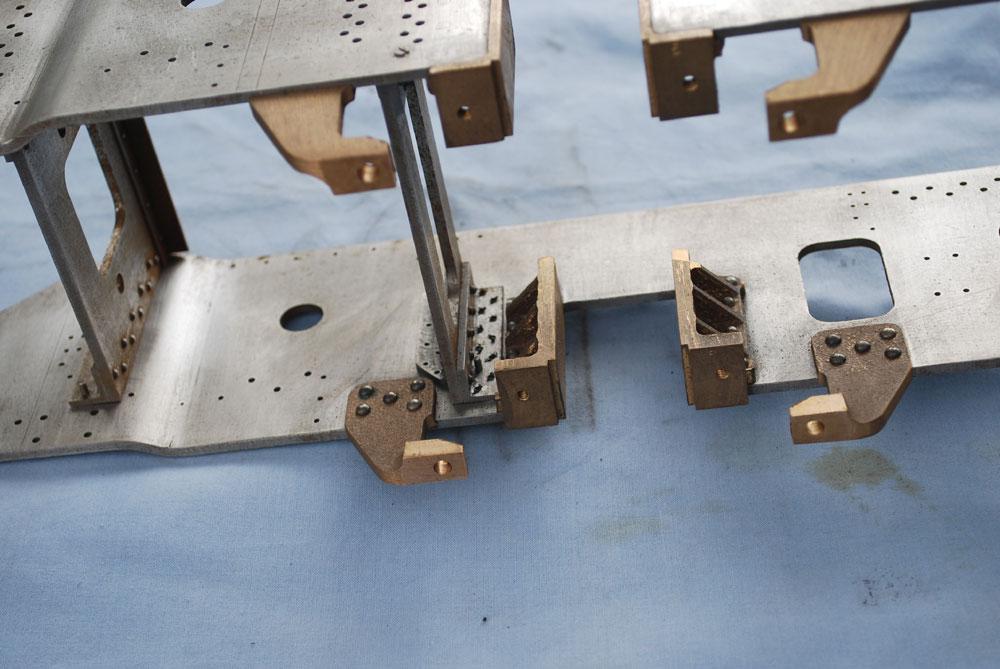 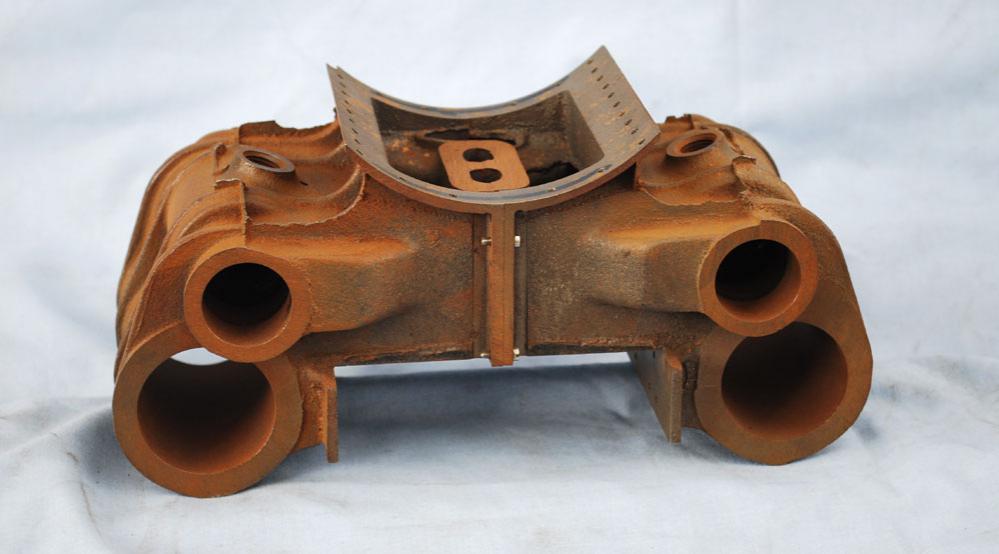 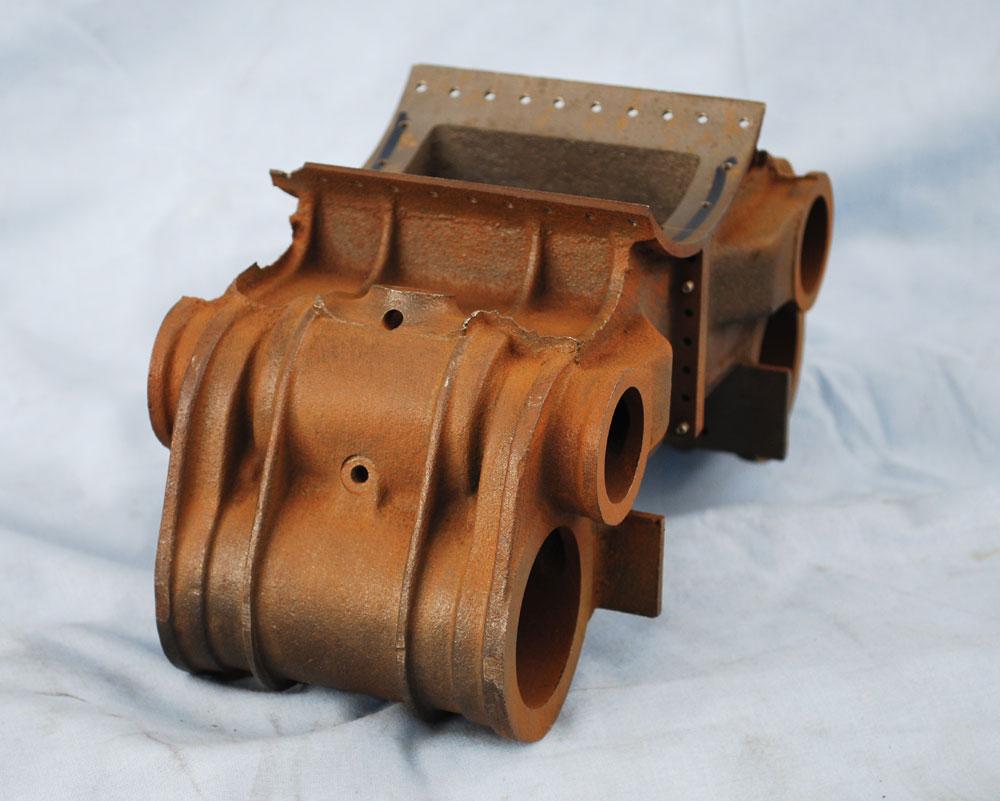 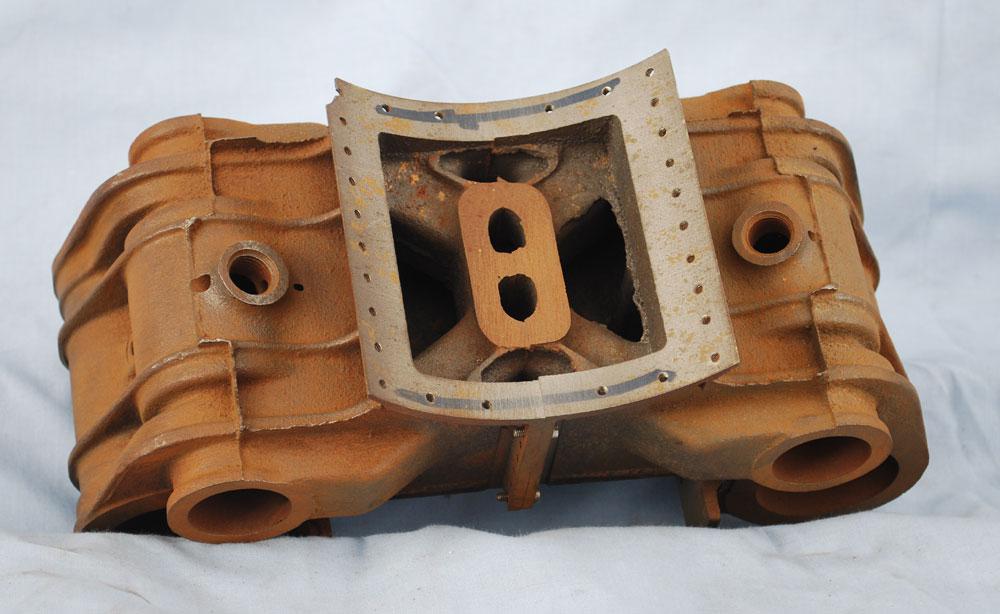 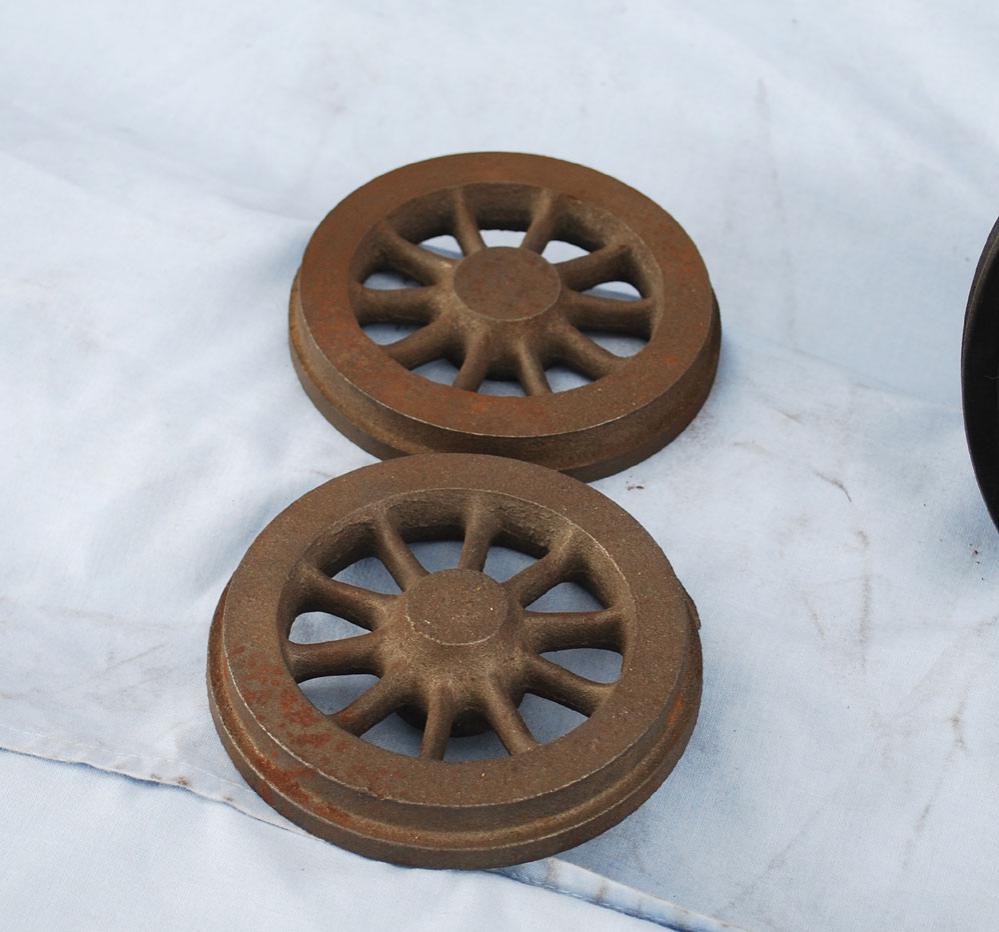 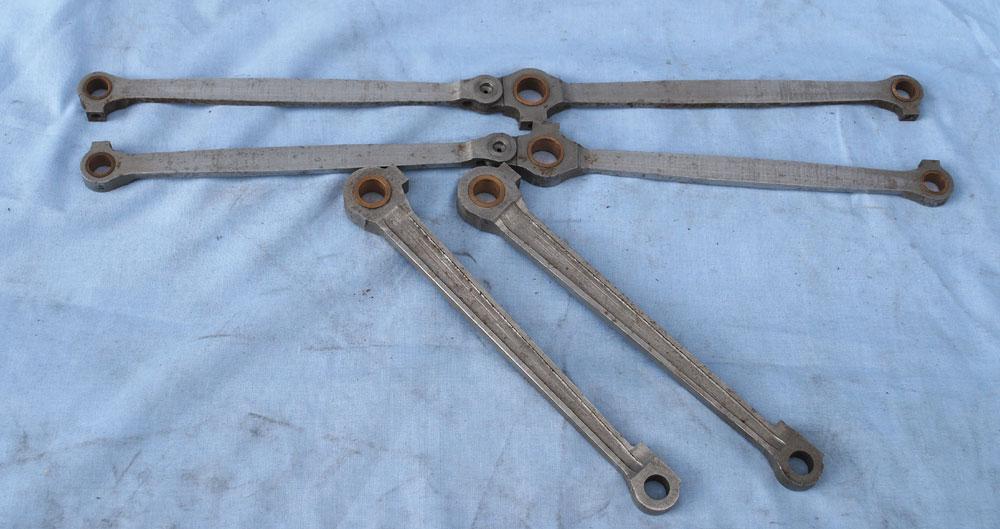 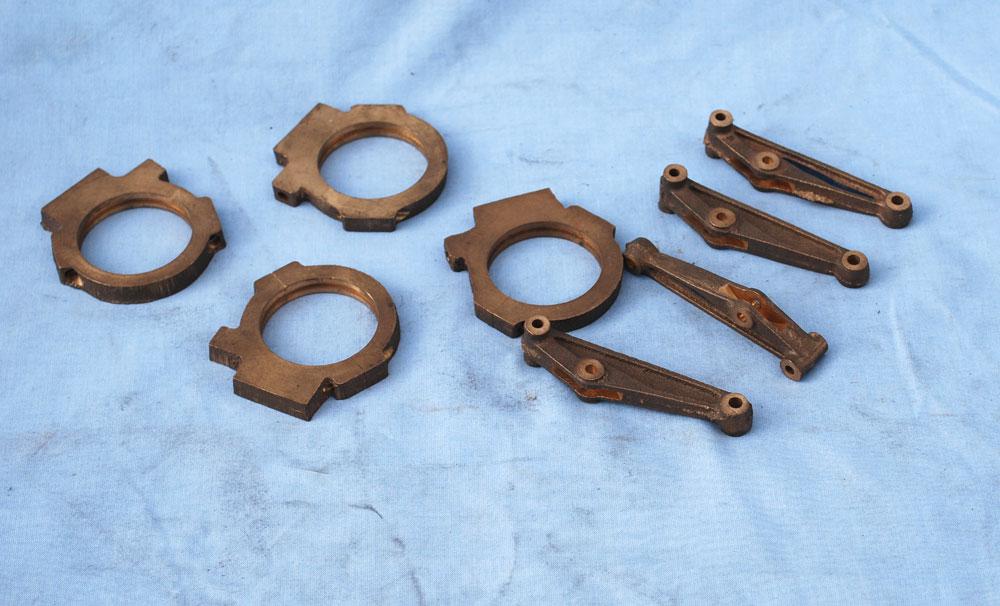 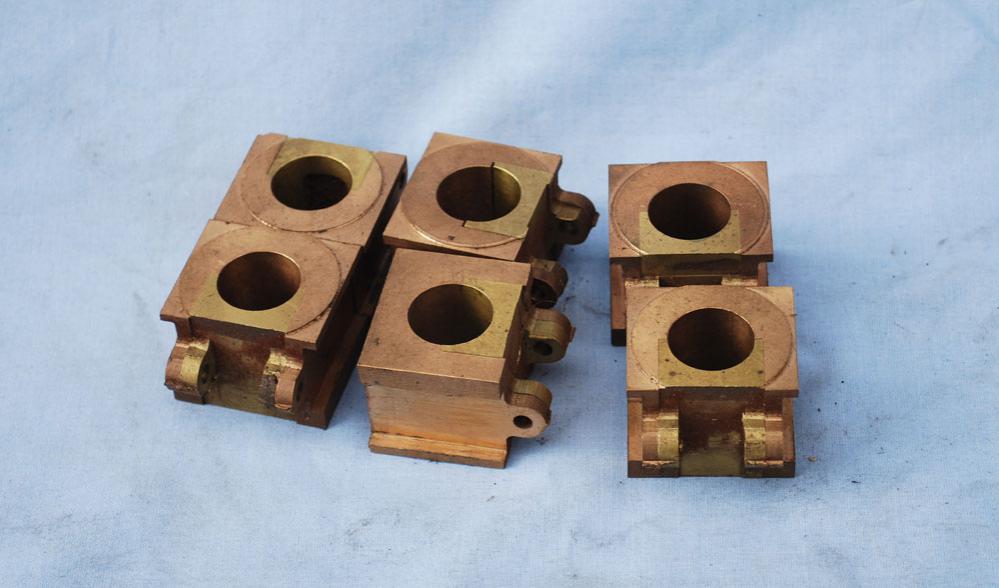 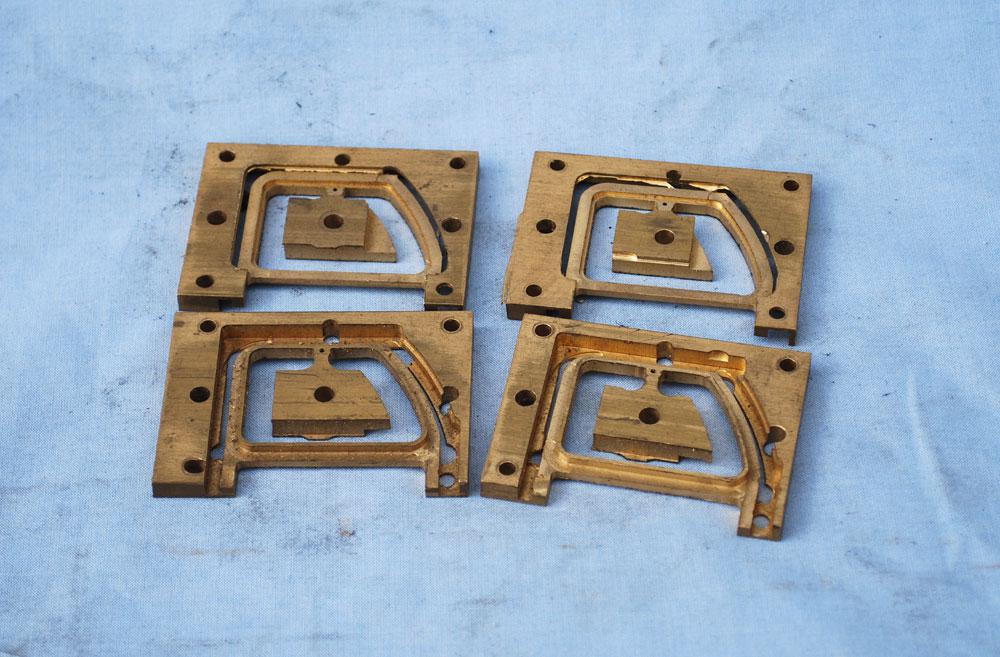 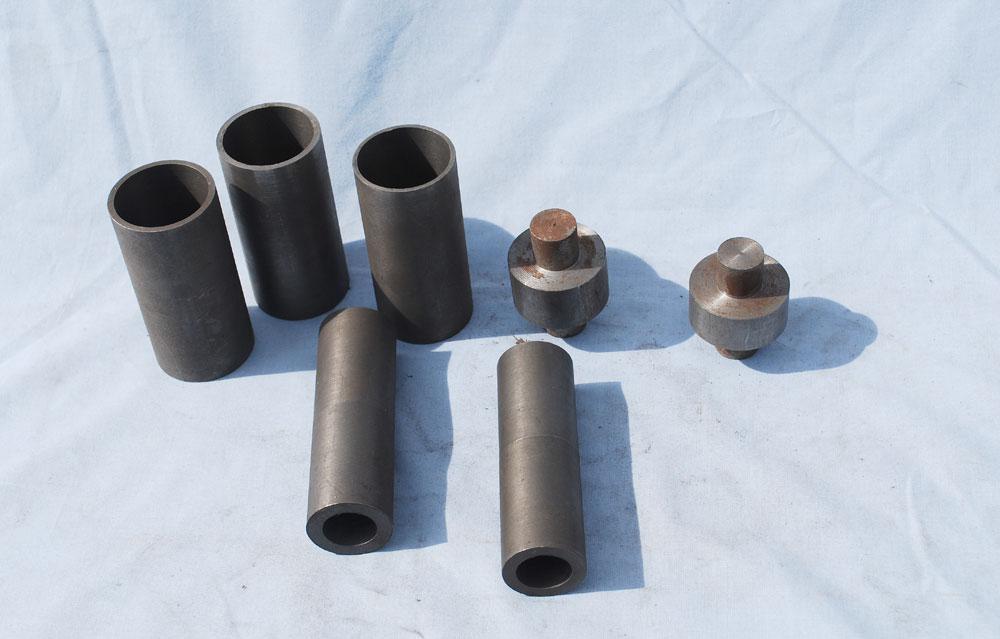 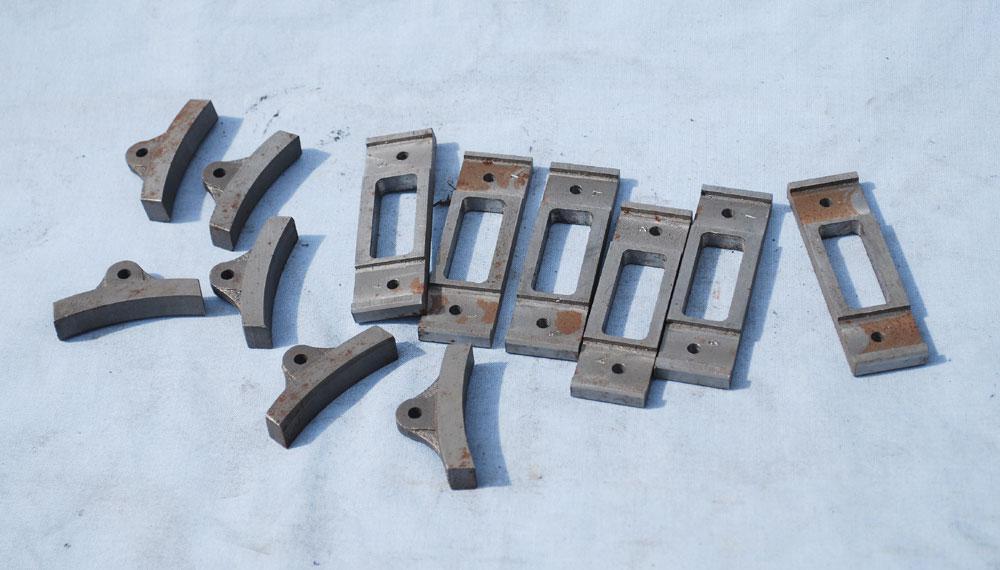 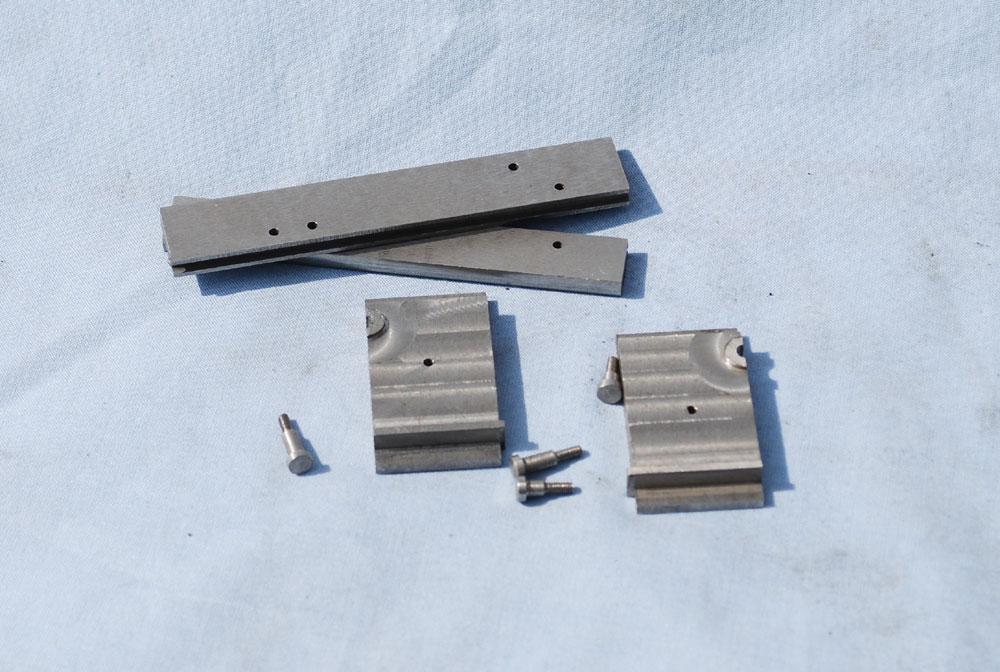 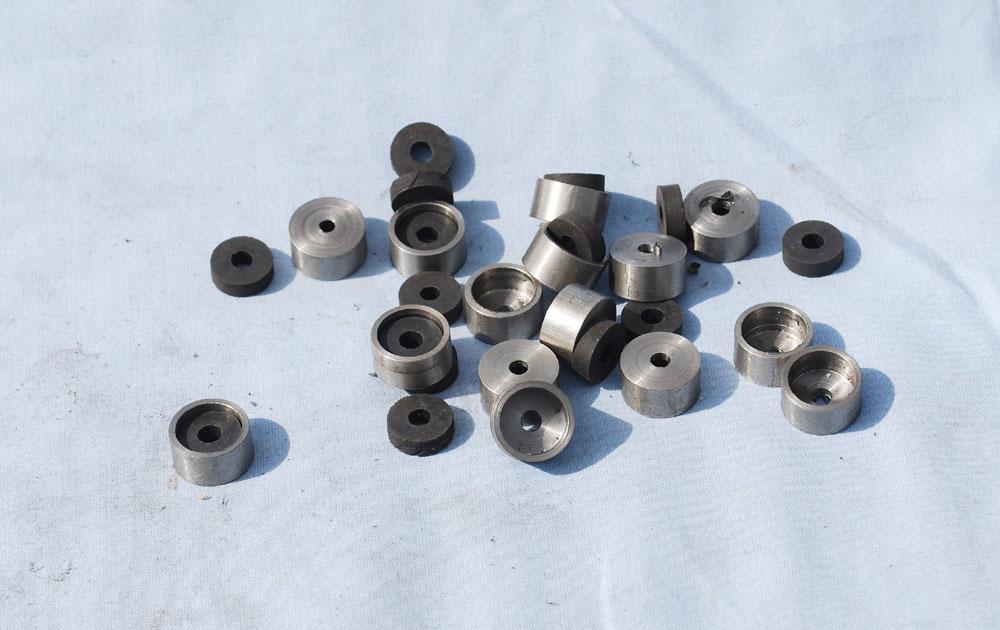 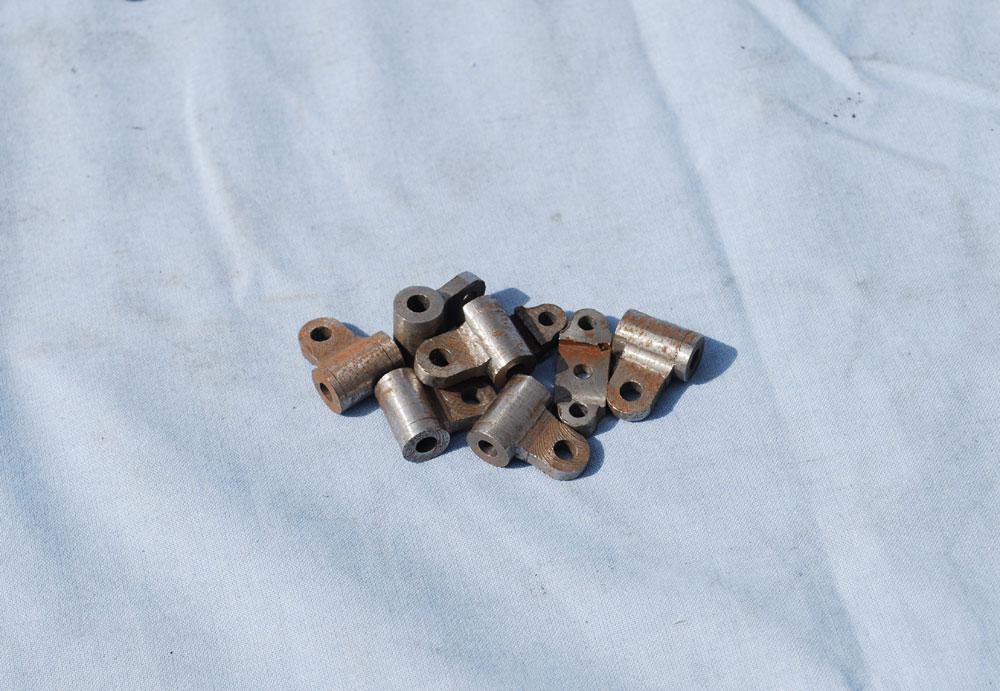 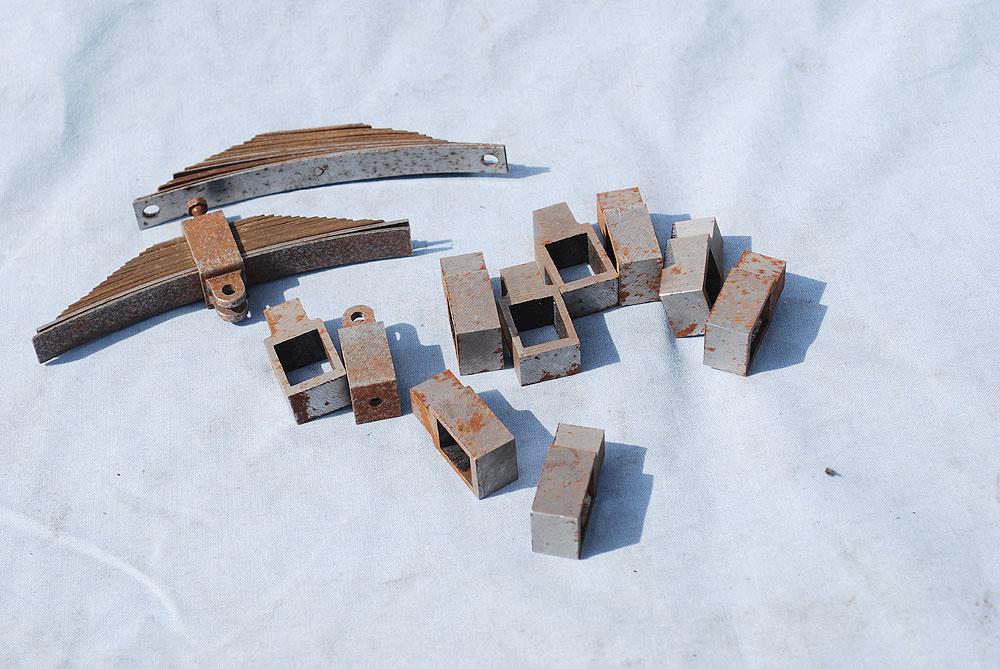 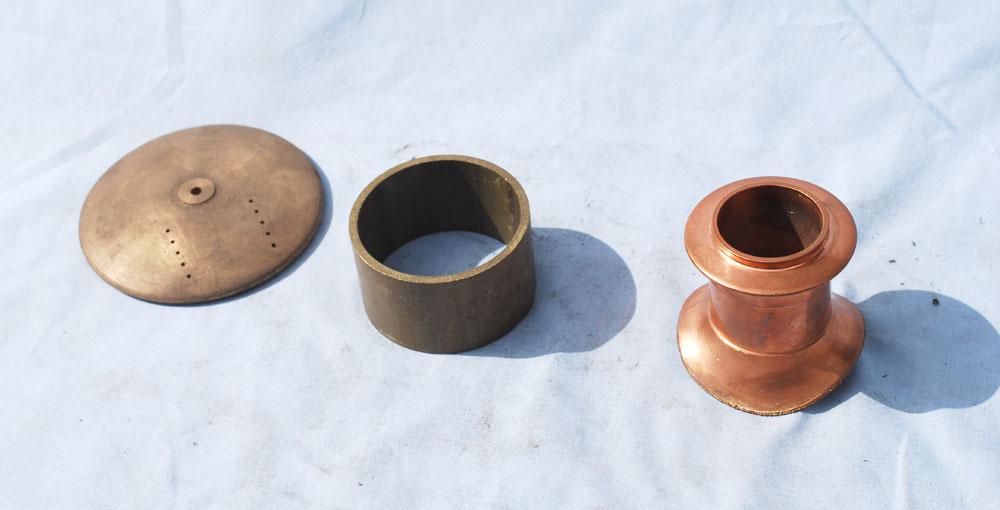 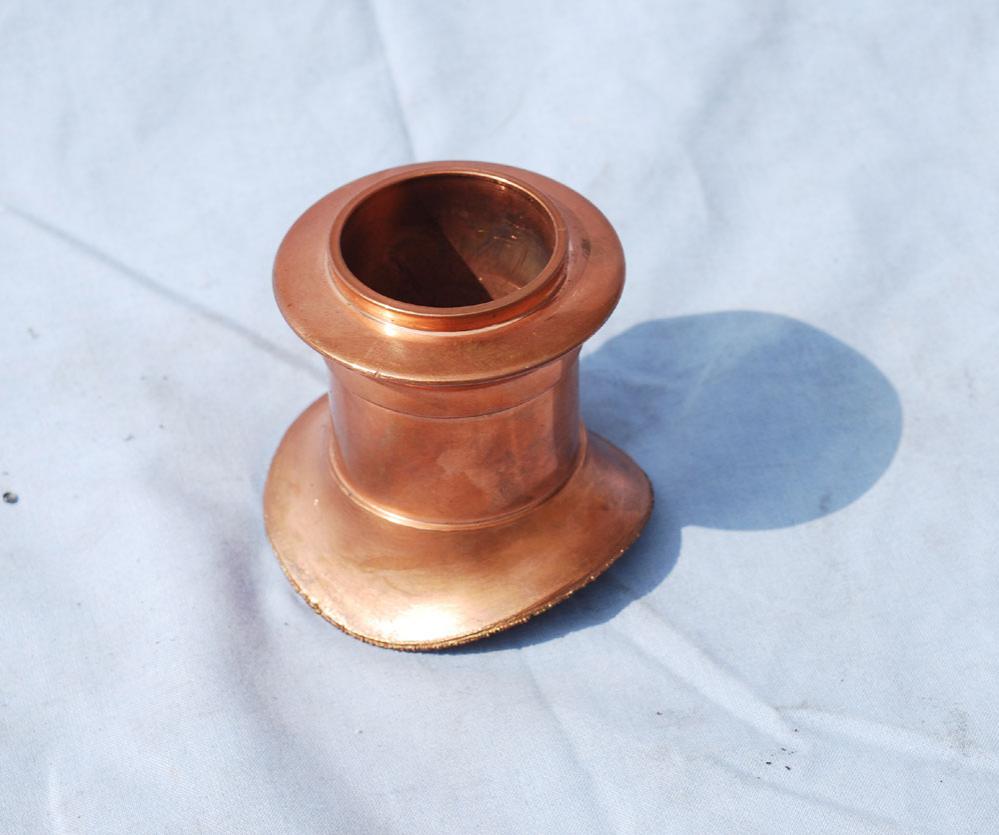 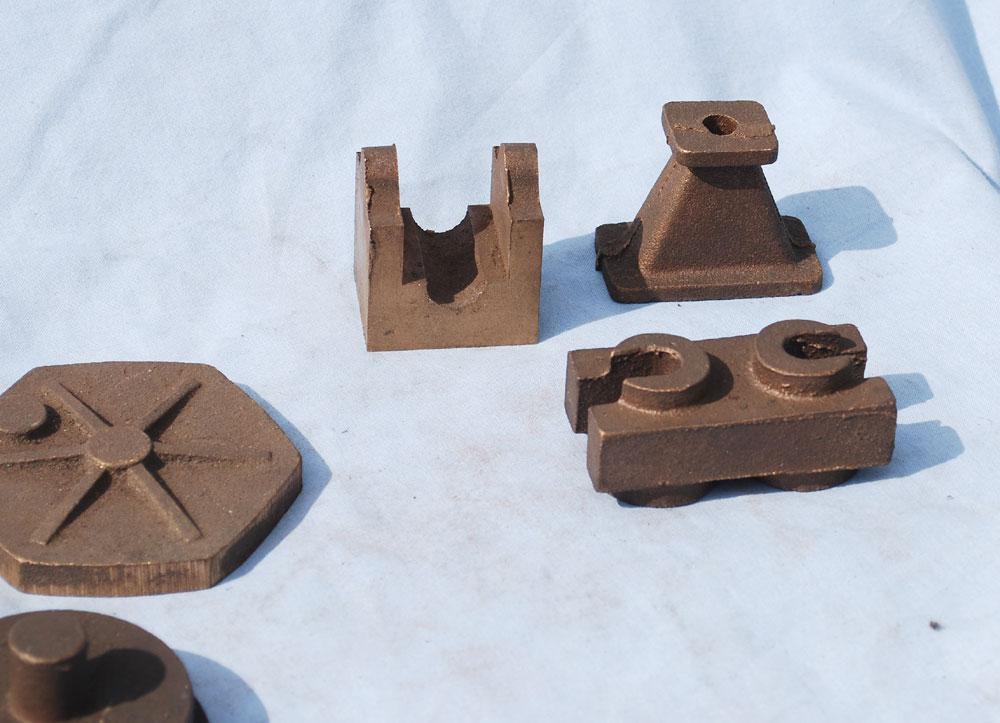 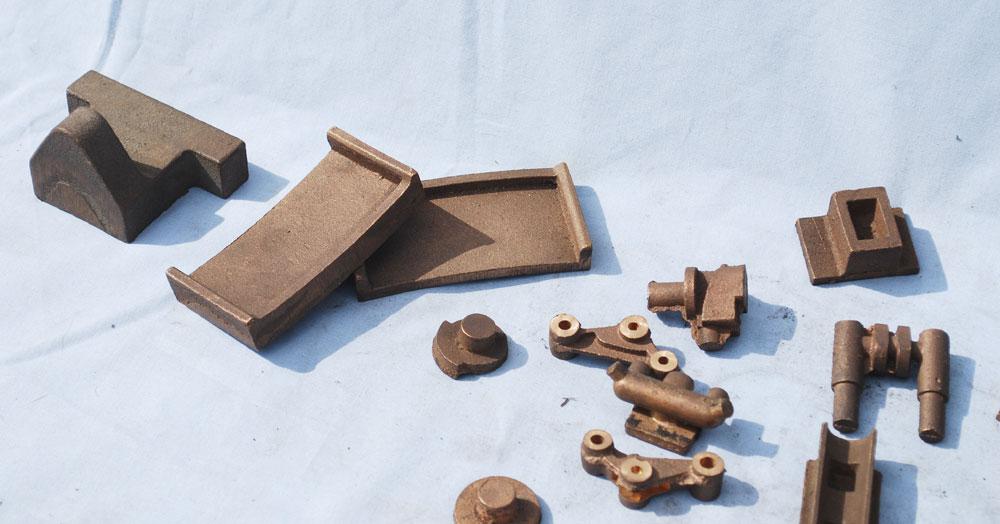 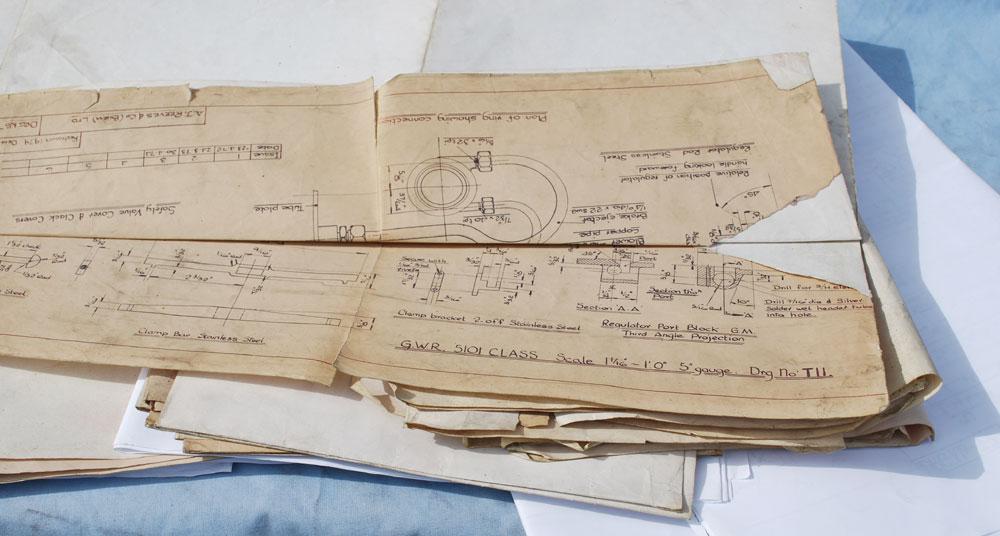 An early stage 5 inch gauge Great Western large Prairie to Trevor Shortland's design, built as one of a pair by a professional builder who had built many engines - work stopped on this one when he died in 1992.

Work to date comprises a set of erected frames with horns fitted, set of part-machined cylinders which require liners fitting, a large quantity of machined and unmachined castings and a silver-soldered copper boiler. The offside cylinder block has the lubricator drilling broken out through the top face - clearly shown in the photograph next to the main steam pipe flange - which needs to be tapped and plugged.

Not a simple build, but the design makes up into a powerful, finely-detailed locomotive - we've had several in the past, including the designer's own engine which sold back in 2005 and another which came through last year.