Sold August 2009 Back to Archive 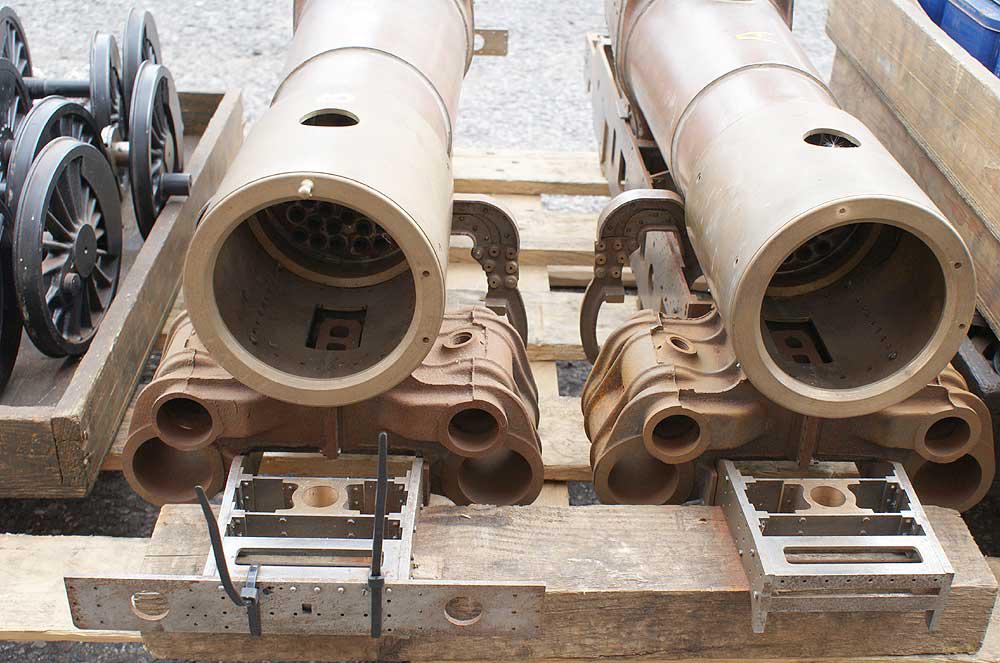 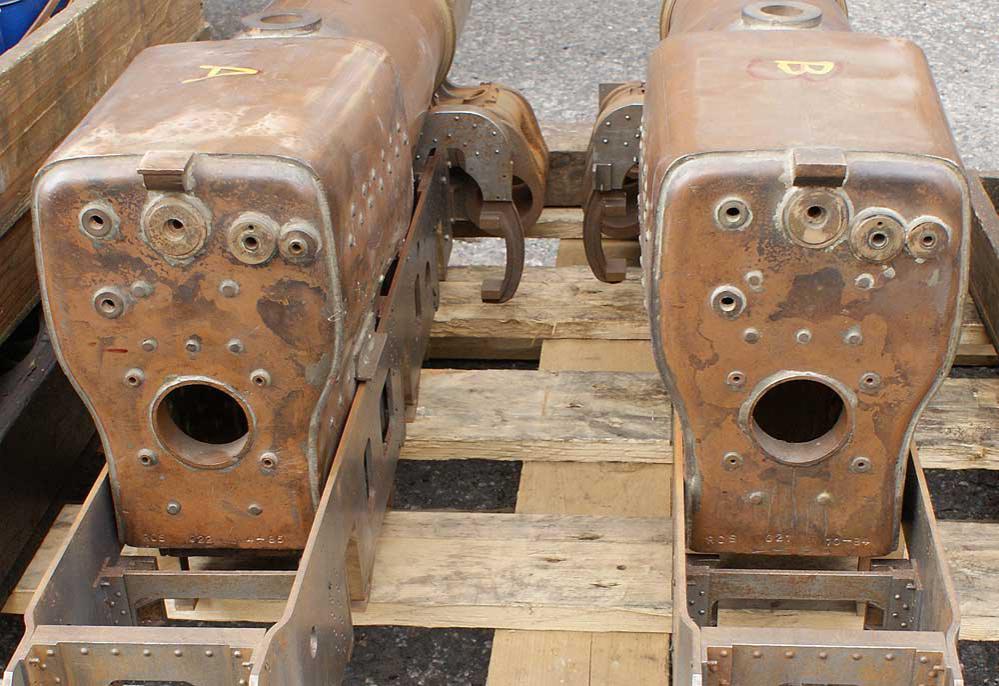 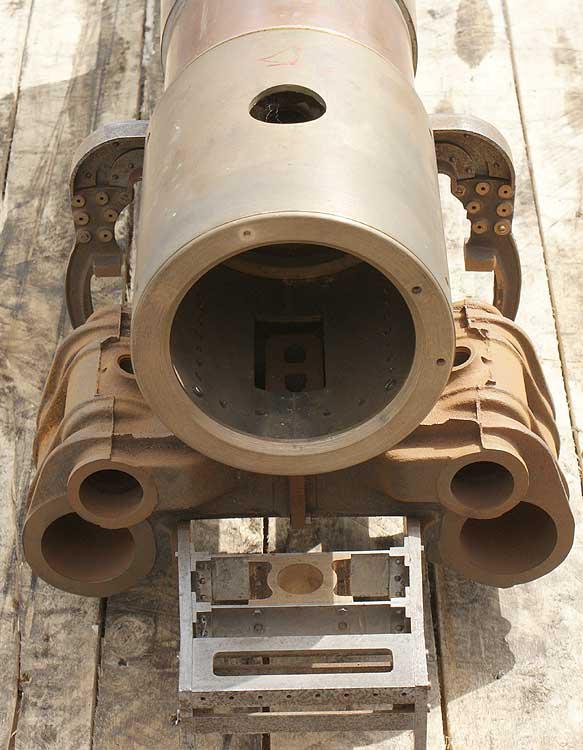 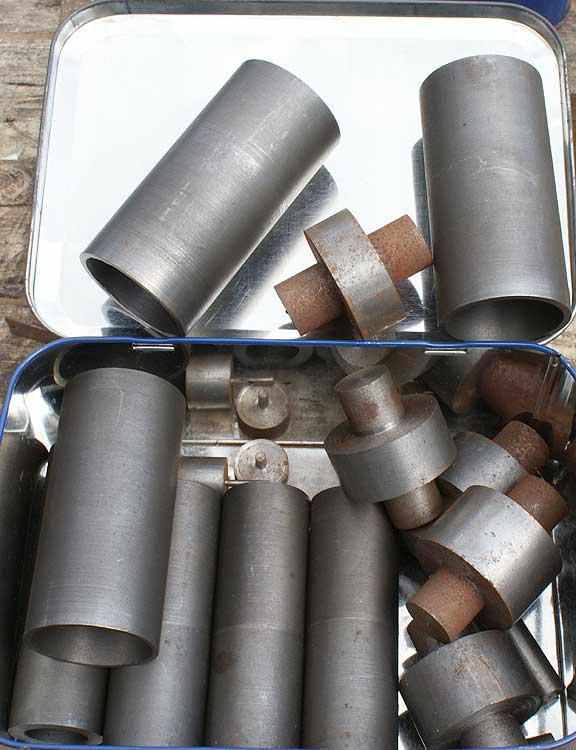 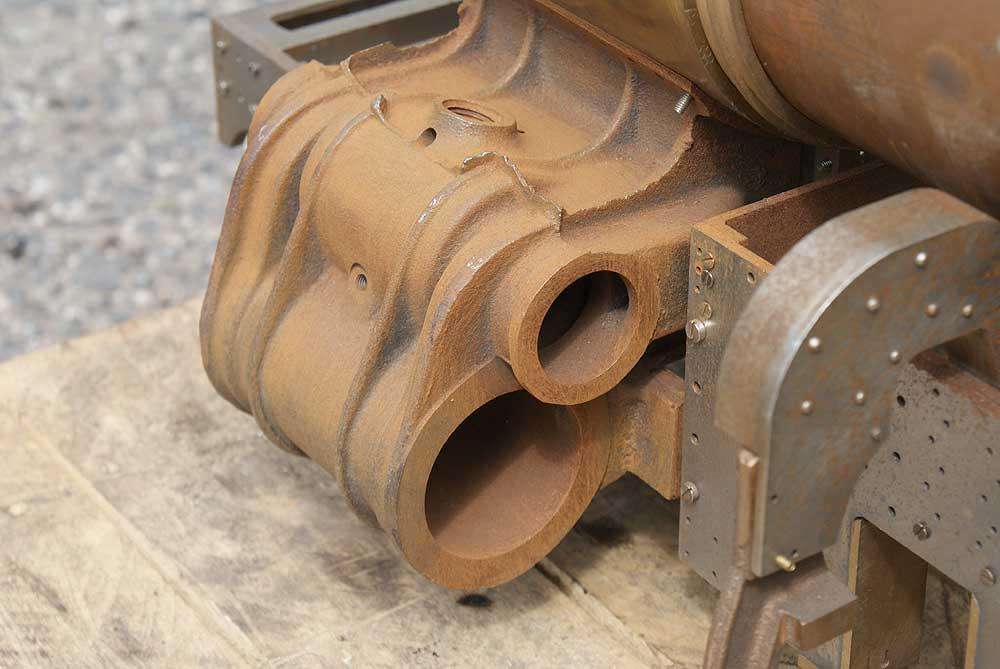 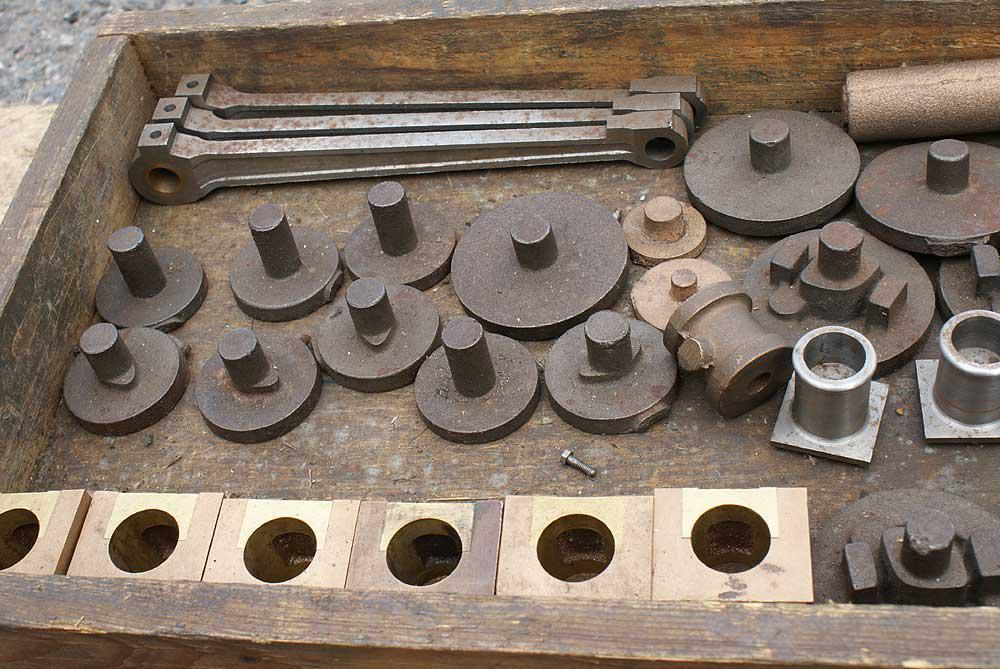 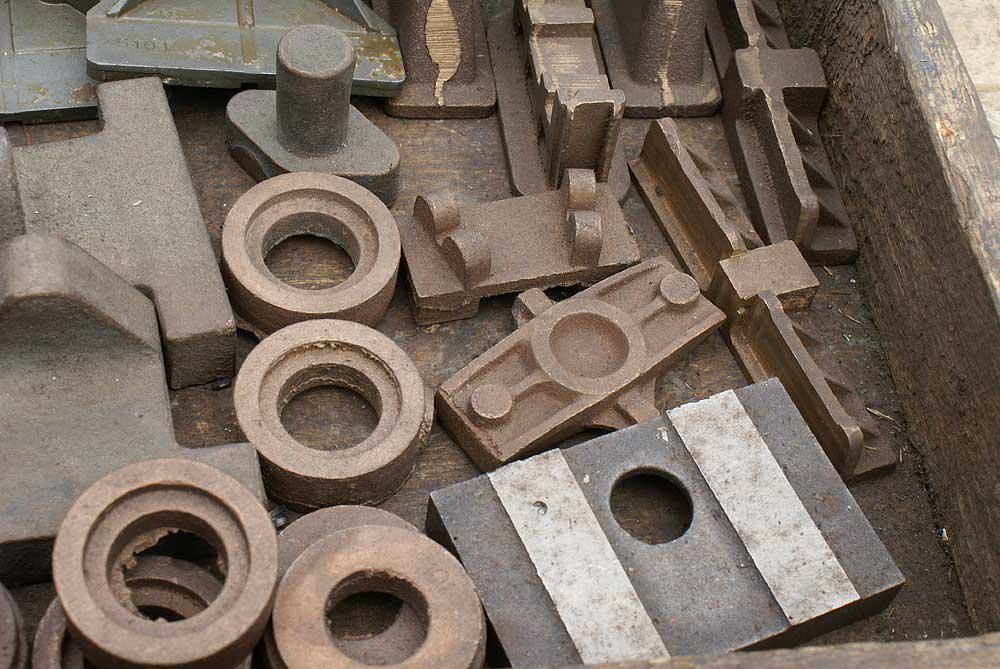 22 September - one of the pair has sold, I have one left (it's the one with boiler "A"). There is an oil gallery drilled up from the bottom of the cylinder block to behind the piston valve cavity - this has just broken through into the top face of the block (you can just see it in photograph "n", behind the main steam inlet boss).

Another pair of part-built engines from the estate of a professional model builder, the man responsible, amongst other things, for the pair of 7 1/4 inch gauge 15xx locomotives I sold recently.

This is a pair of fine scale 5 inch gauge GWR 51xx "large Prairies" to Trevor Shortlands highly detailed design derived from works drawings, built at 1 1/6" to the foot. As with the 15xxs, these engines were being built as a pair and are both at the same stage.

There is a large amount of work done, still a considerable amount to do. Work to date (with two sets of everything listed below) comprises:

There is a large quantity of unmachined castings which appear to be much of the remainder required to complete the engine, along with two sets of drawings.

A large, powerful engine when finished - I've recently sold a complete one, there are some pictures and a video of it running in the archive here. Castings are available from Reeves.