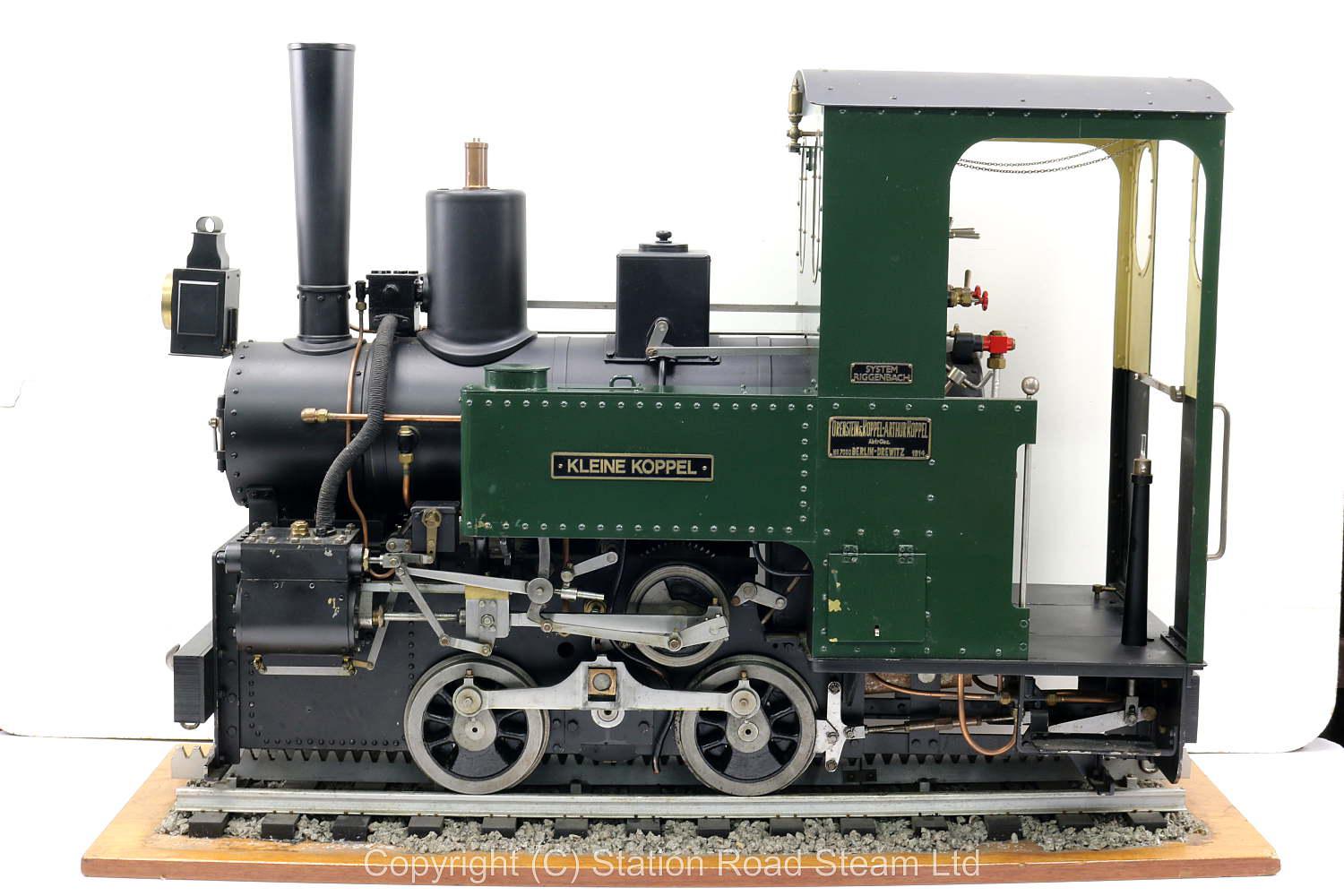 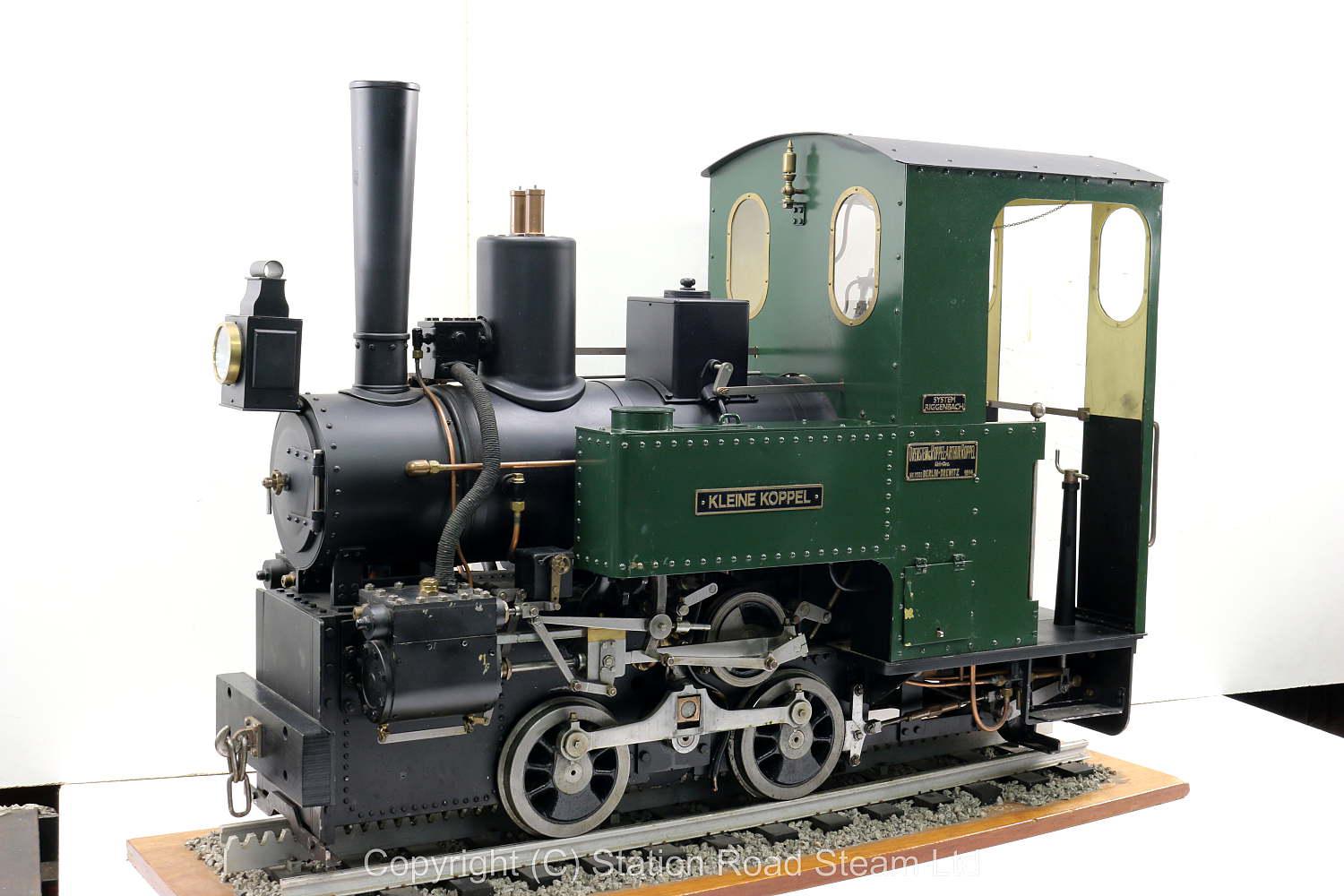 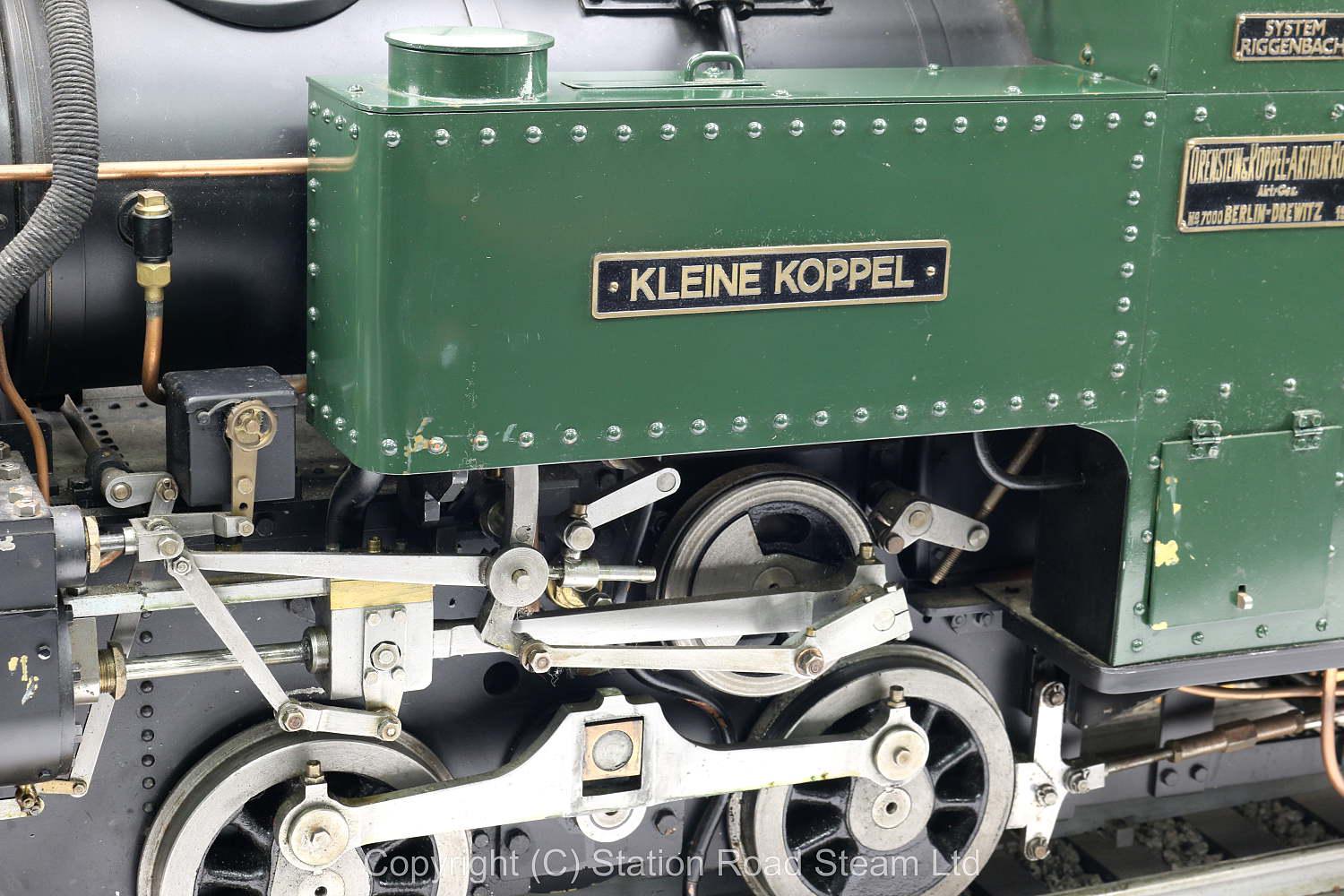 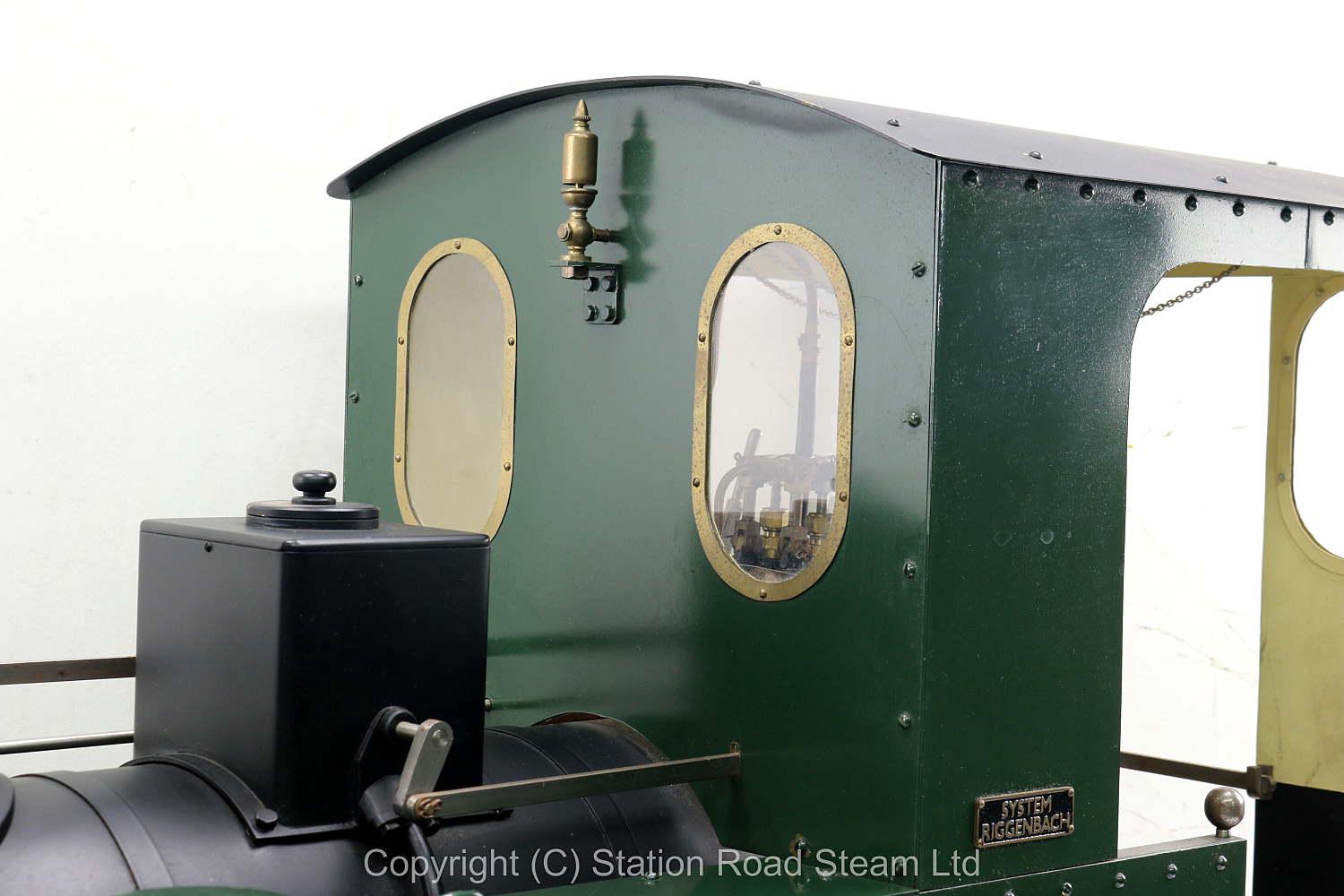 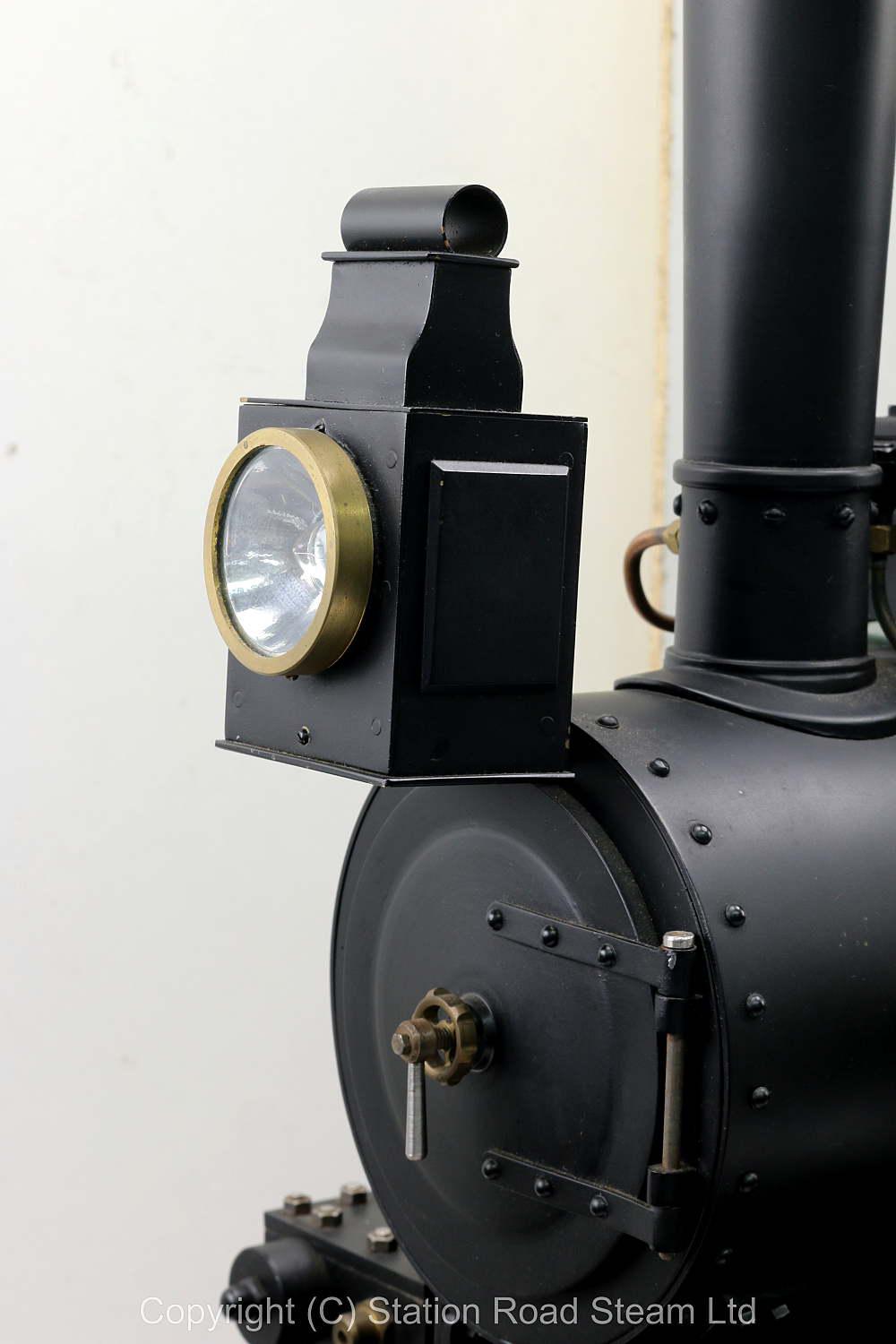 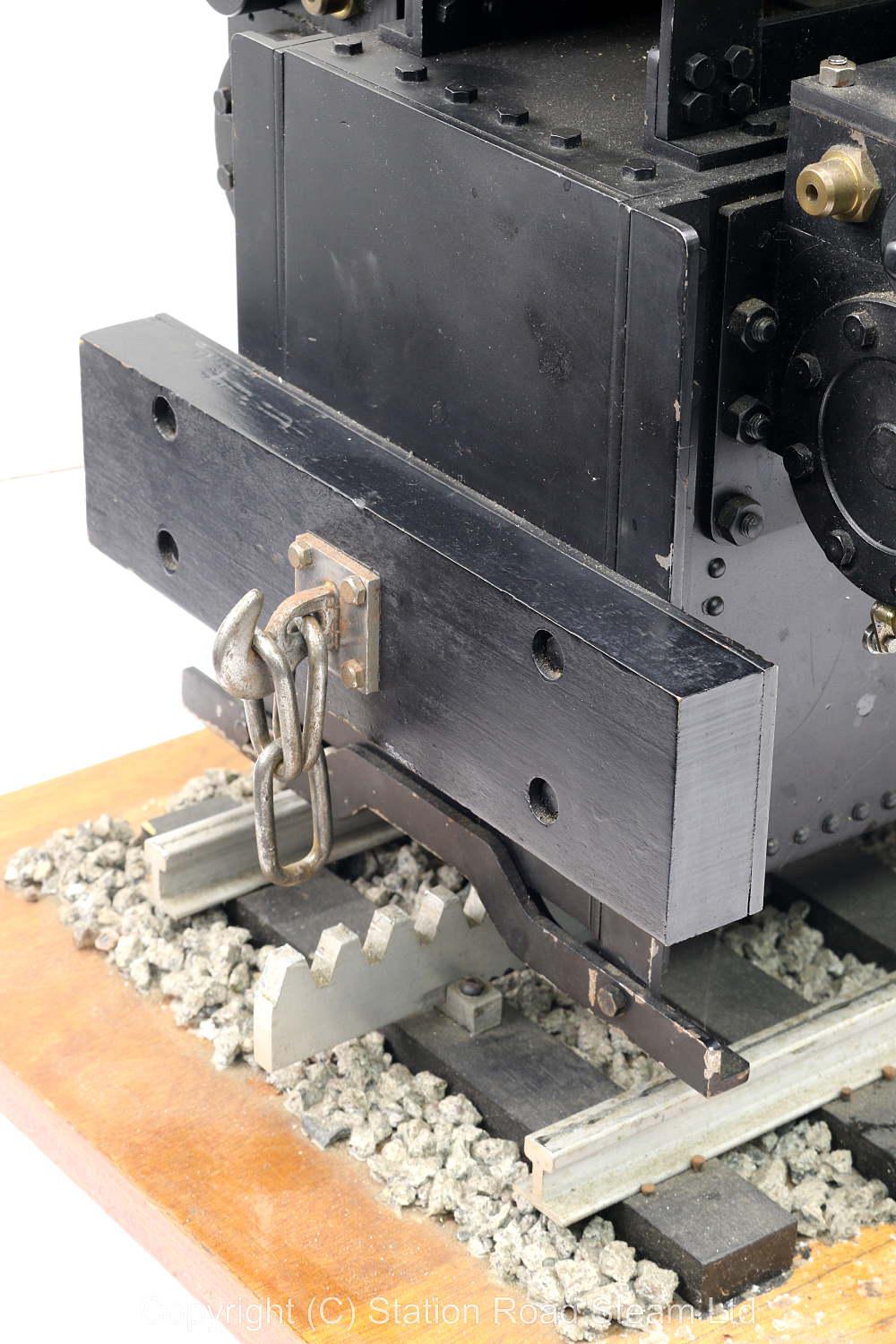 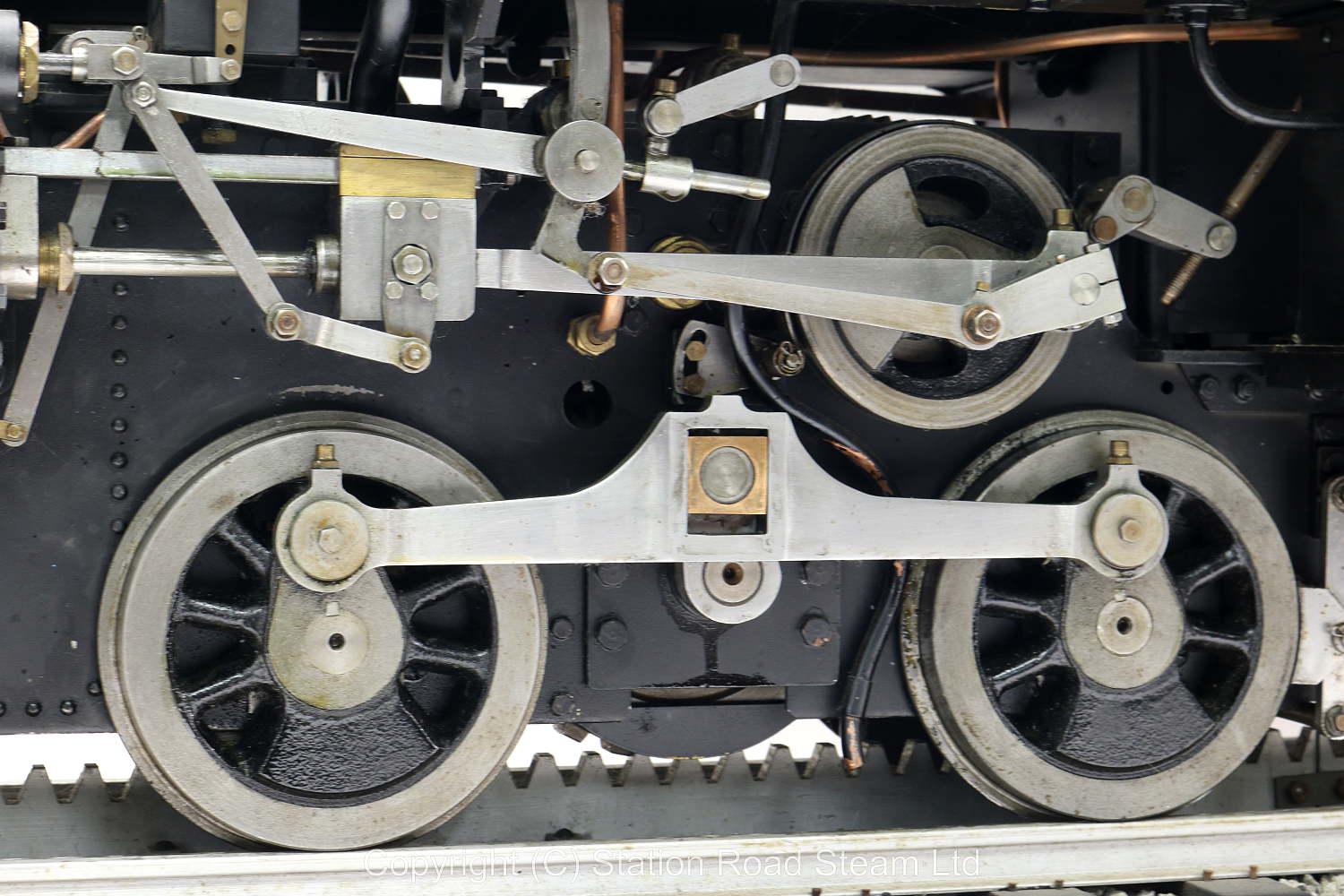 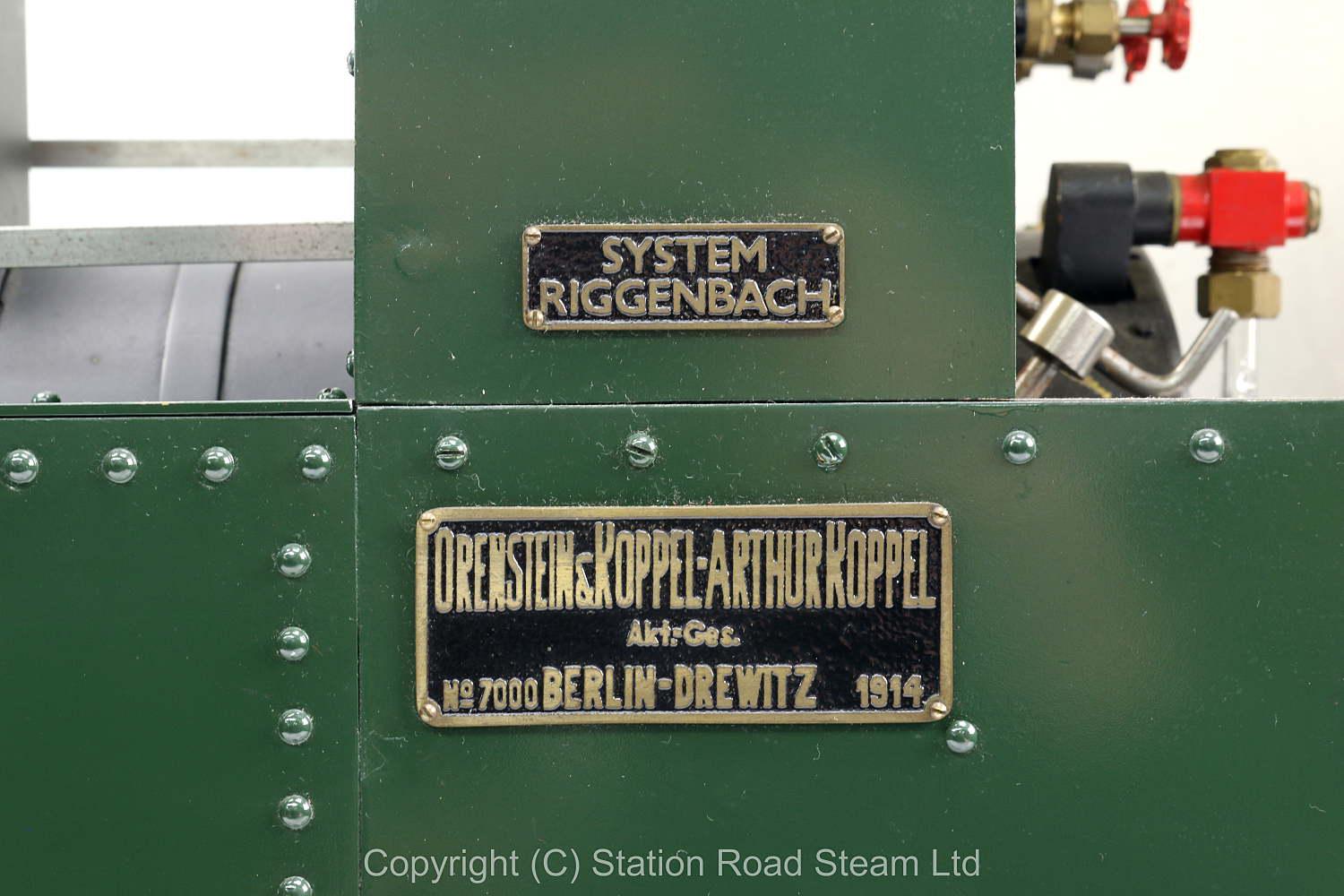 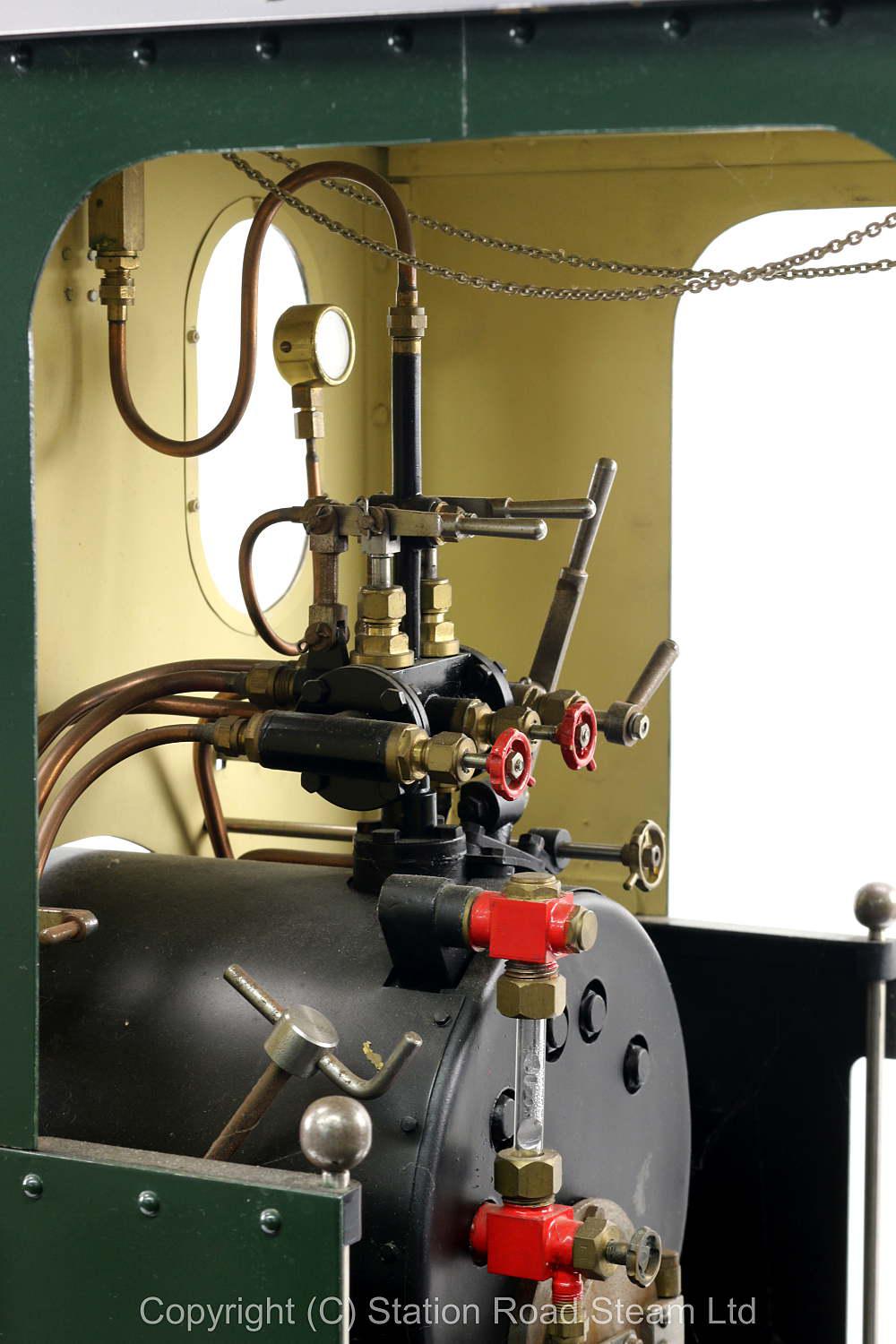 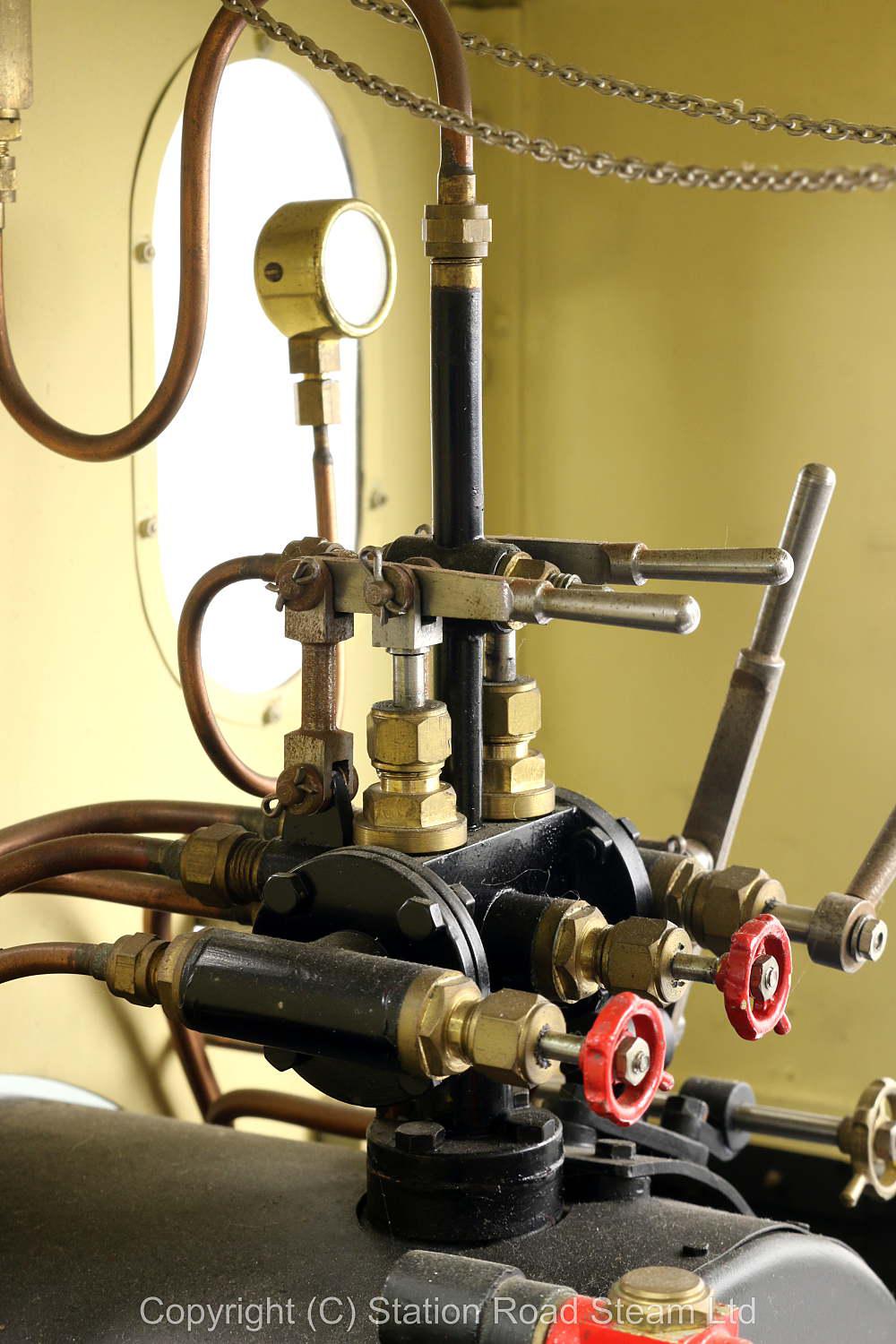 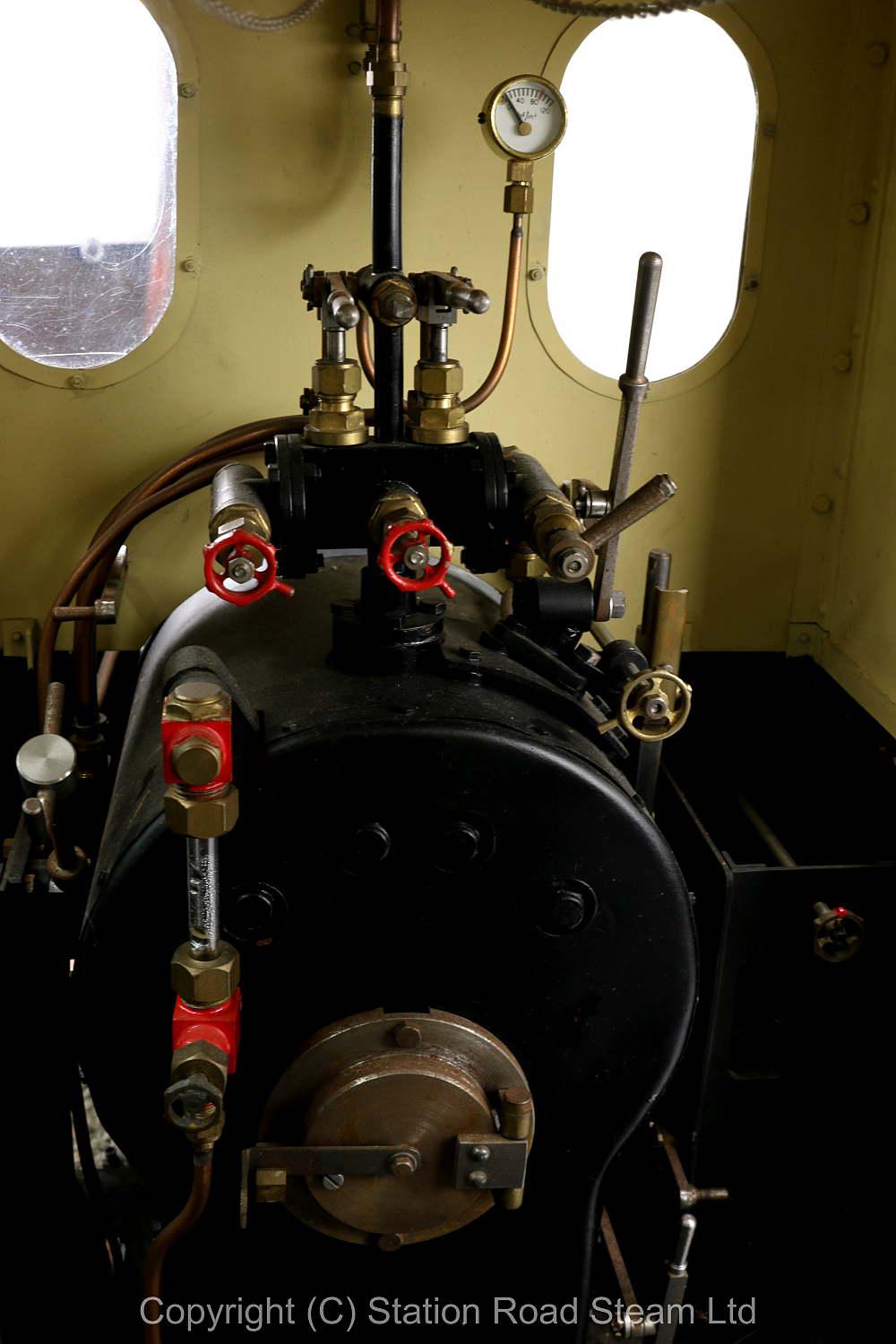 I bought this engine at the Alexandra Palace show a year or two back. Scaled down from Ken Swan's super "Koppel" design for 7 1/4 inch gauge, this is a 5 inch gauge version - I believe the only one (which means I'll get about two dozen pictures of others in the email by Monday). I've always promised myself a 7 1/4 version when a really nice one comes along, in the meantime this one has been sitting beside my desk on the library windowsill at home. Enjoyed it, but now something else narrow gauge has come in which necessitates a move around - there's only so many engines Mrs P tolerates in the house at once (and, sad to relate, narrow gauge specimens in drab green don't excite her interest quite as much as they do mine).

Unsteamed from new, the silver soldered copper boiler has had a twice working pressure hydraulic test and the engine has been run on air - it goes better forwards than backwards (or vice versa, depending on which bit of a Koppel you're looking at).

Just as fascinating as the larger version (and much easier to put on a windowsill) - if you're not familiar with the design, the countershaft runs in the opposite direction to the wheels, which looks mildly eccentric running to say the least. That said, one of my most memorable experiences last time I was at Beamish was a run up the rack railway there behind Ken's own Koppel which sounds like a motorboat racing up the hill with a driver and two passengers.

Complete with a length of display track - including rack.