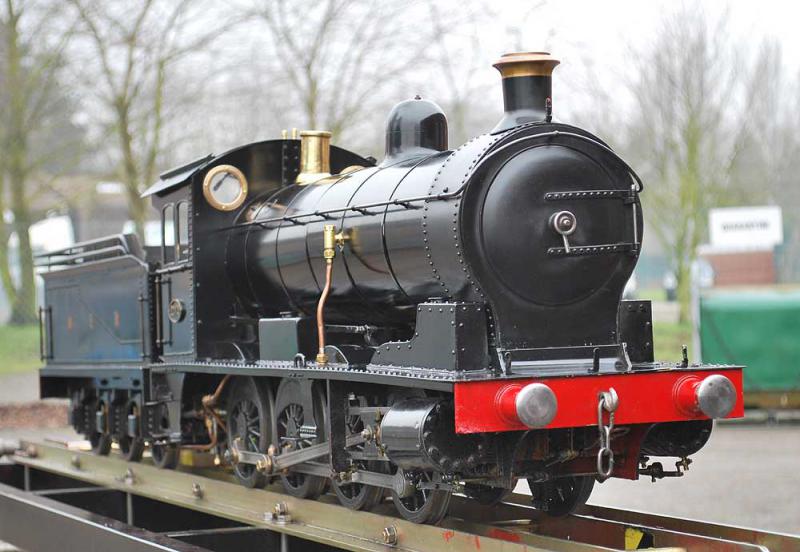 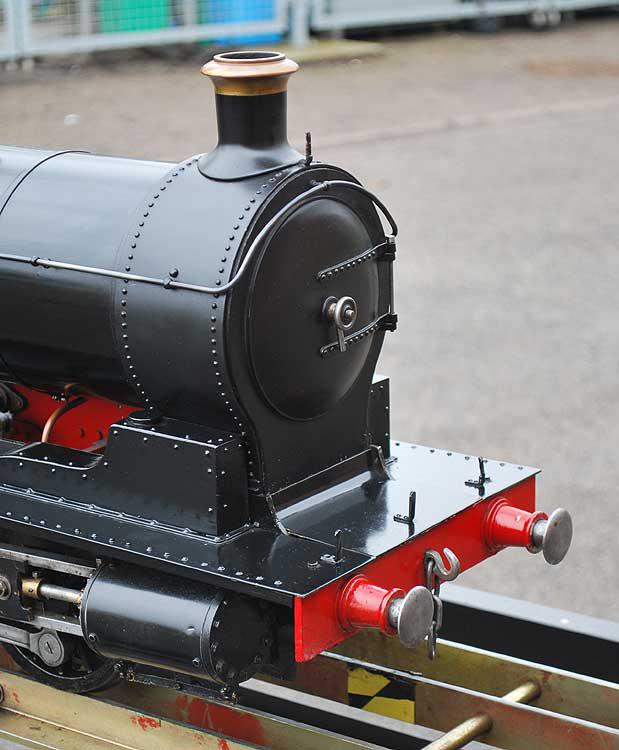 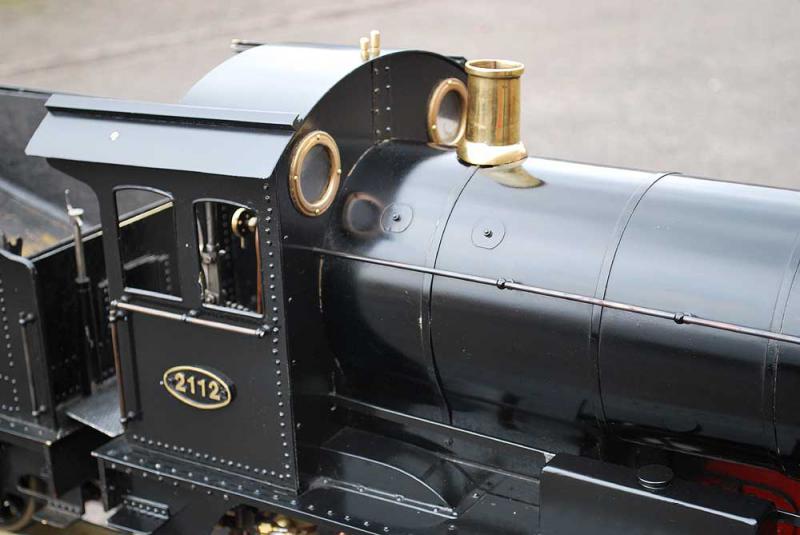 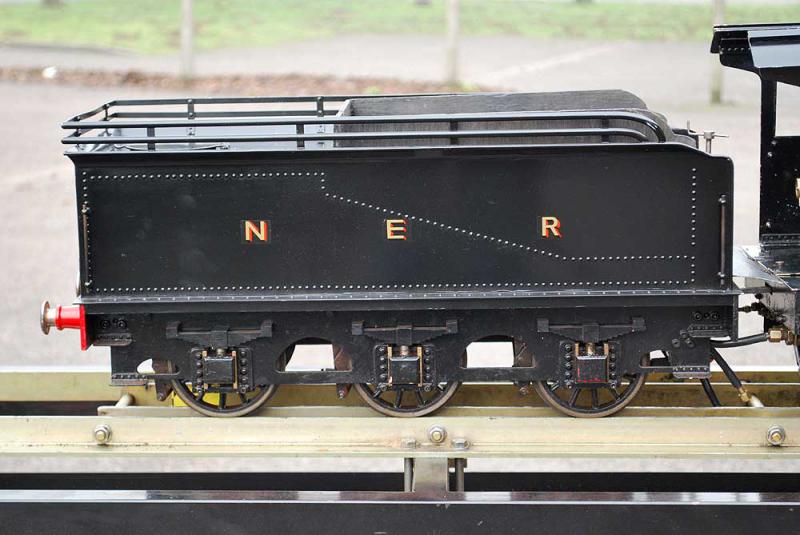 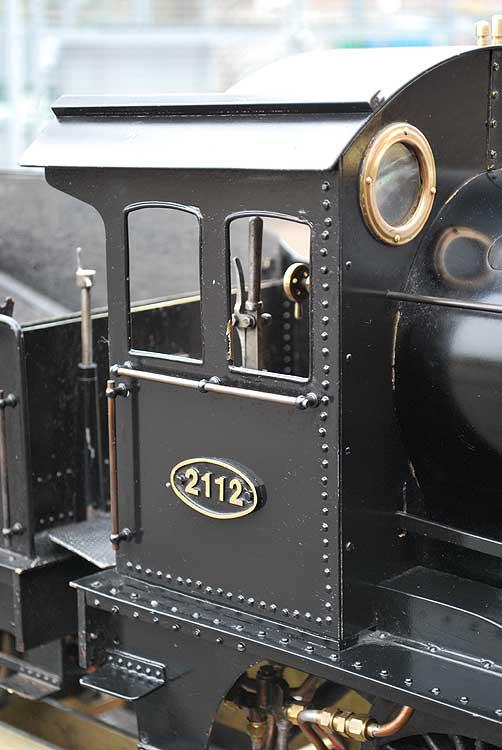 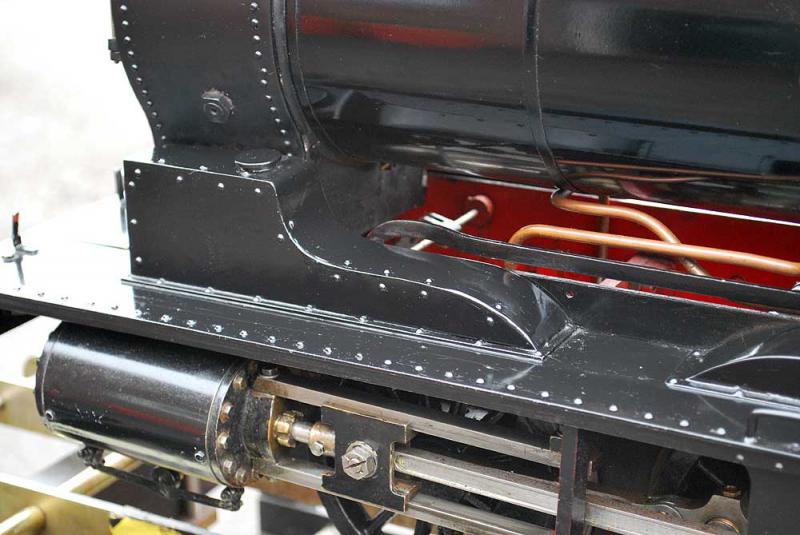 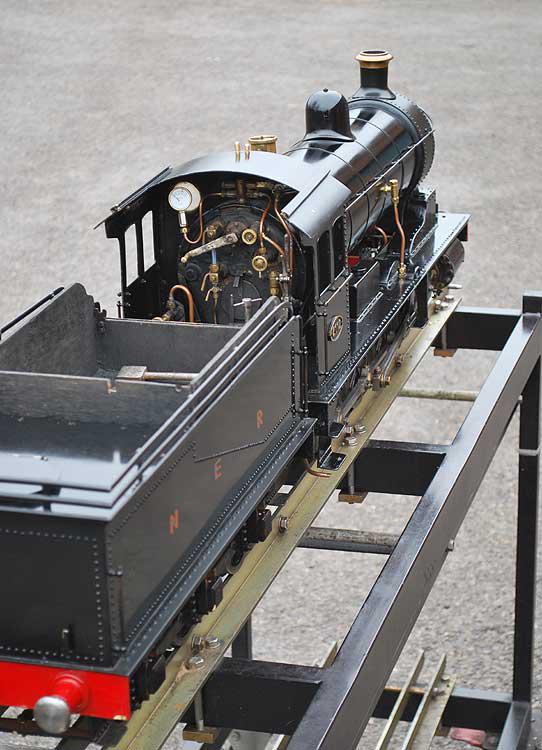 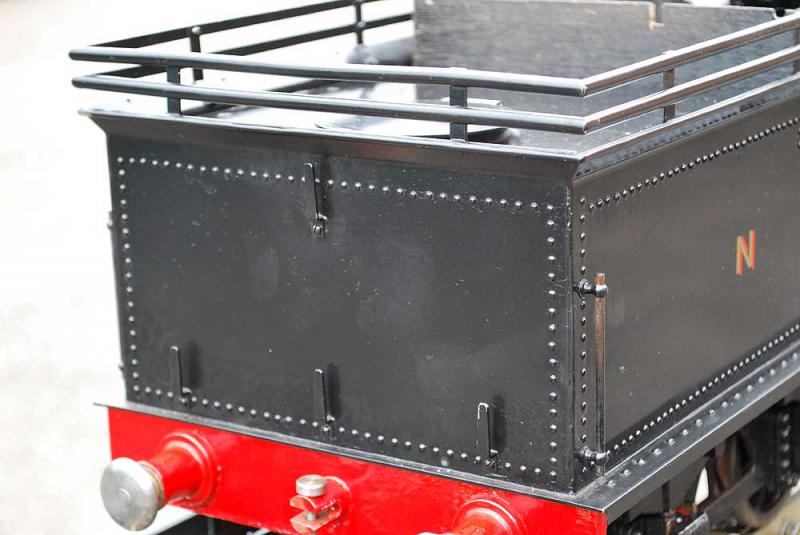 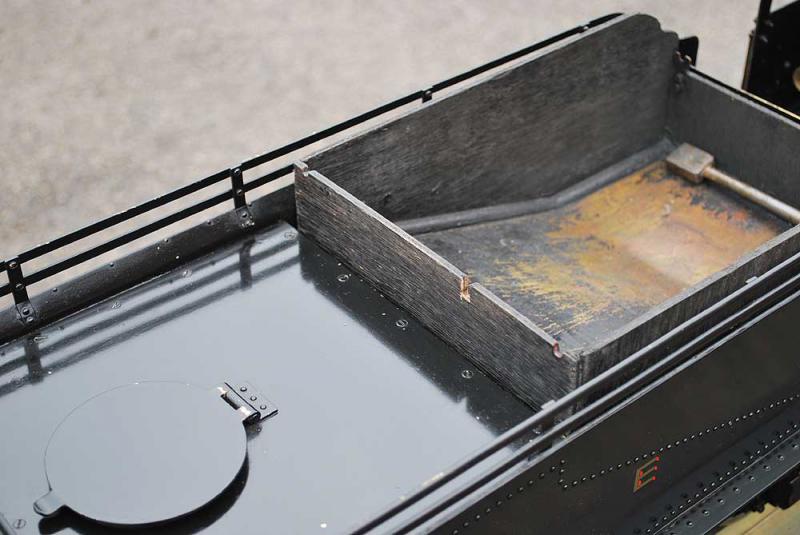 Every time a large 5 inch gauge goods engine comes in (which is rarely - the world is full of people who yearn to build Britannia and Duchesses, next to nobody who wants to outshop a J39 or Dean Goods) Steve and I comment what nice models they make. Indeed, with this engine, it had only been back from London five minutes (where it was much commented on at the Alexandra Palace Exhibition recently) before he took it home. It arrived back clean and polished the following Monday after a full day's public running over the weekend at his club, the great man declaring himself impressed with it.

It's been built to LBSC's "Netta" design, based on the NER T-class 0-8-0. He described its construction in "Model Engineer", causing something of a stir at the time as he provided drawings and build notes for the engine in five gauges simultaneously - I've often wondered if anybody felt inspired enough to build all of them. Designed by Worsdell, the class was introduced in 1901 - 90 built in total, most of which ended up in LNER ownership.

Paintwork is good, tidy, with a a working patina entirely suiting a heavy freight engine.