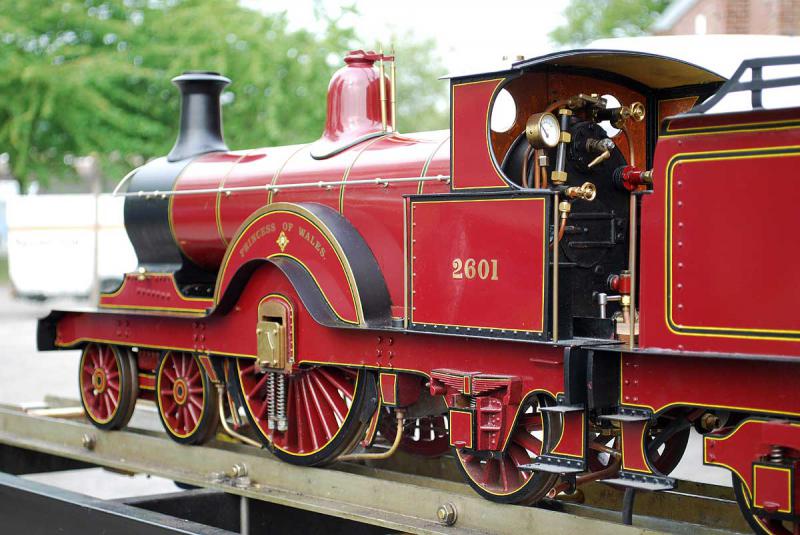 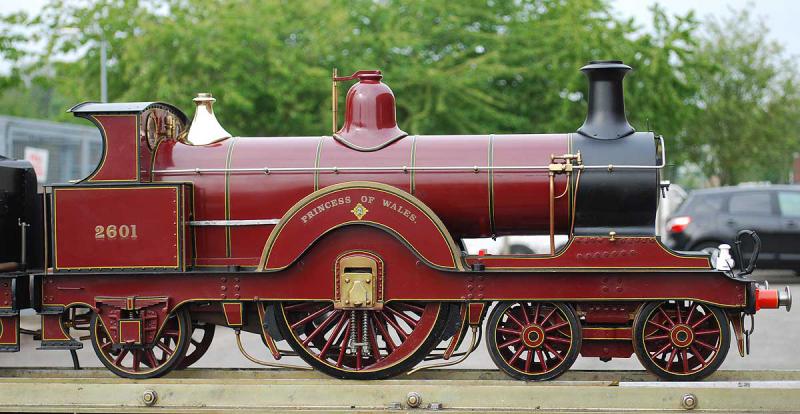 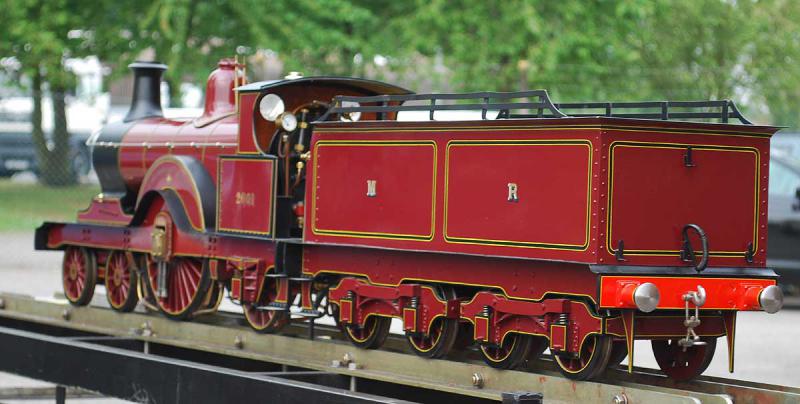 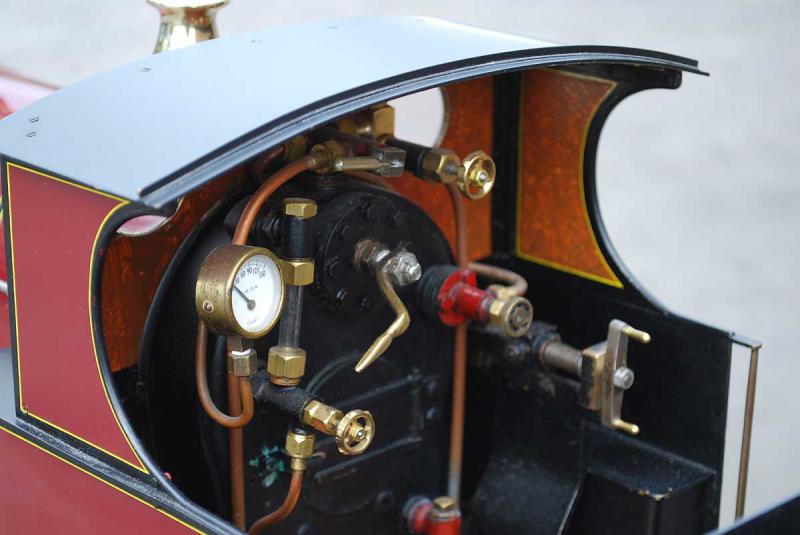 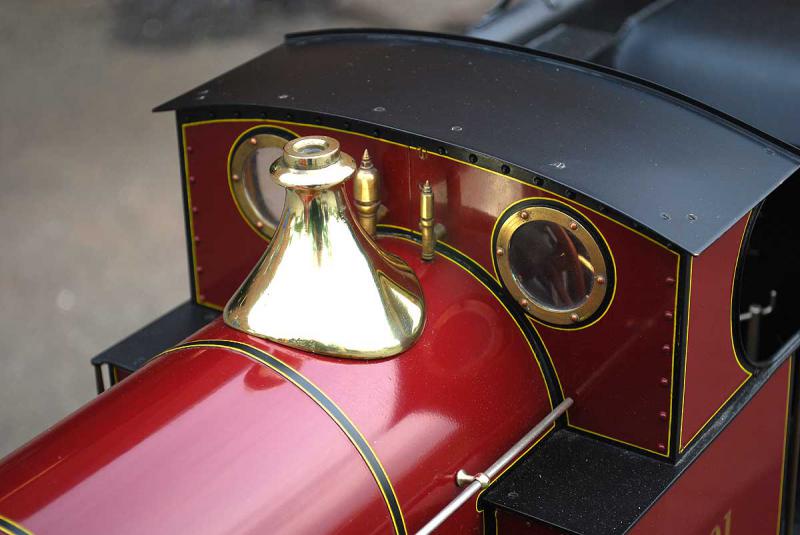 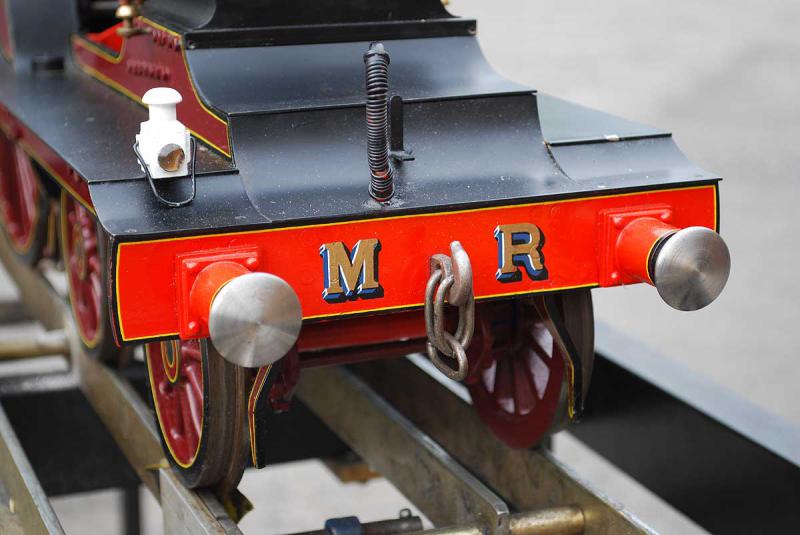 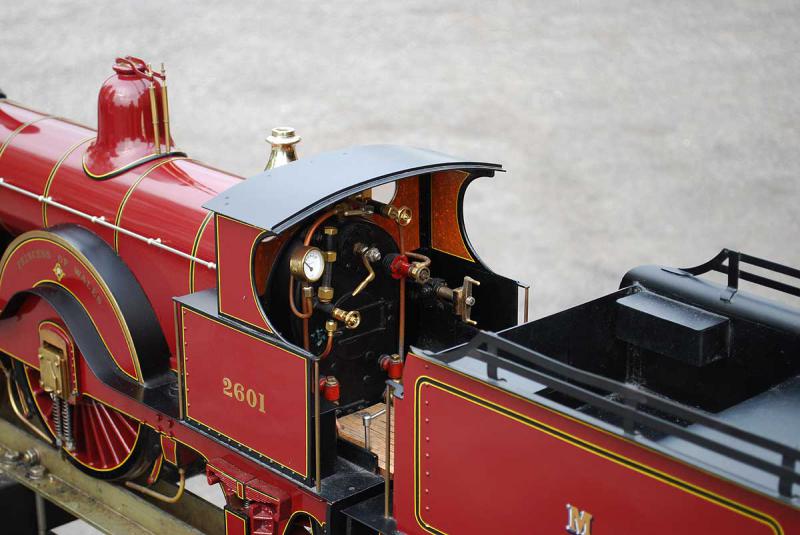 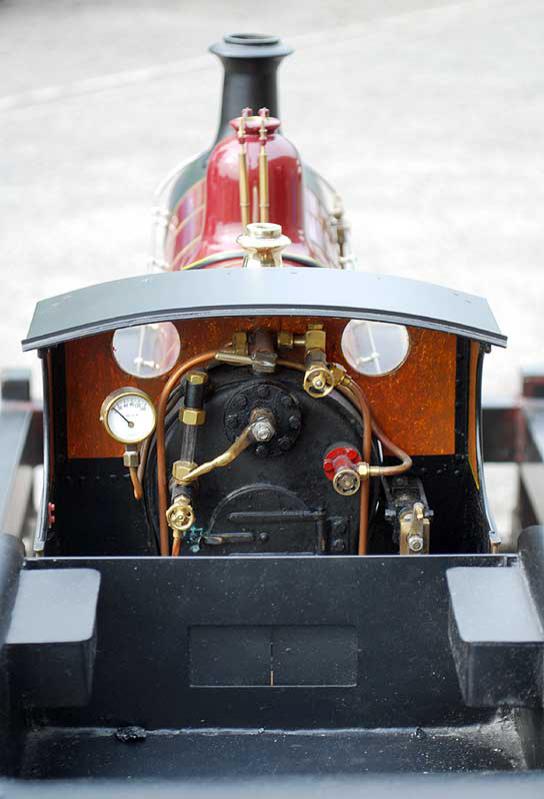 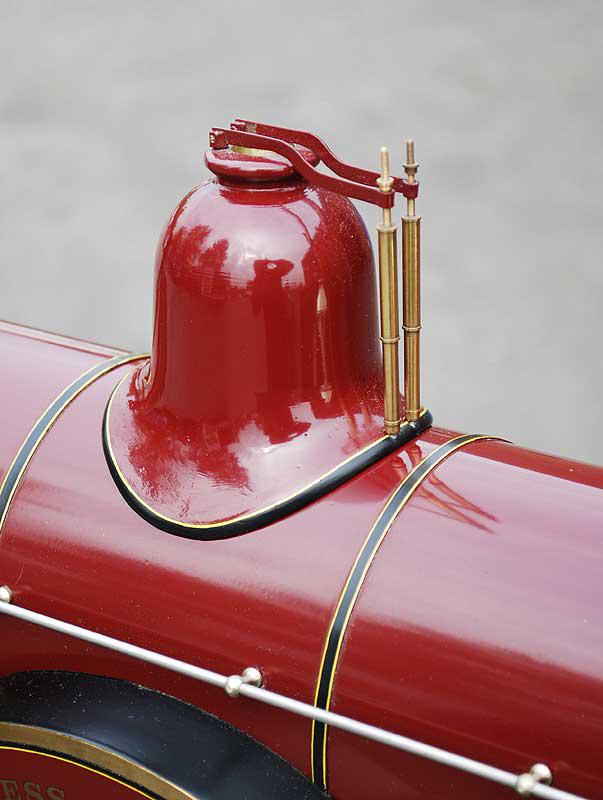 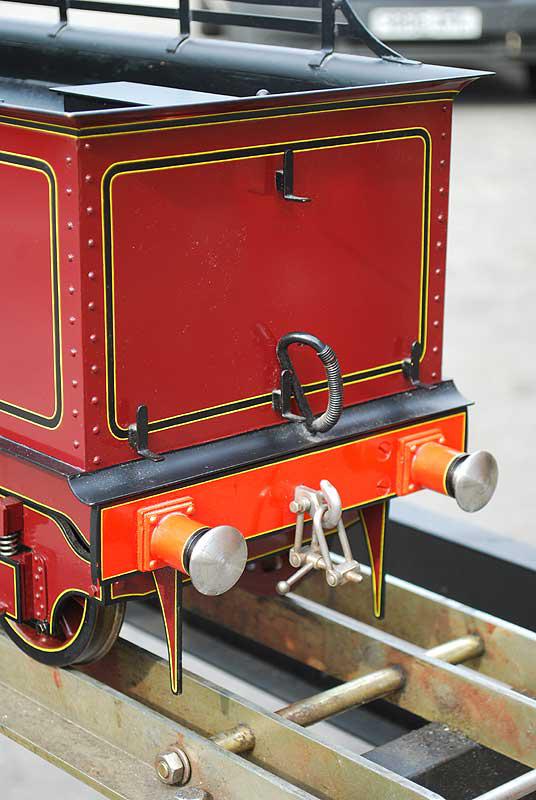 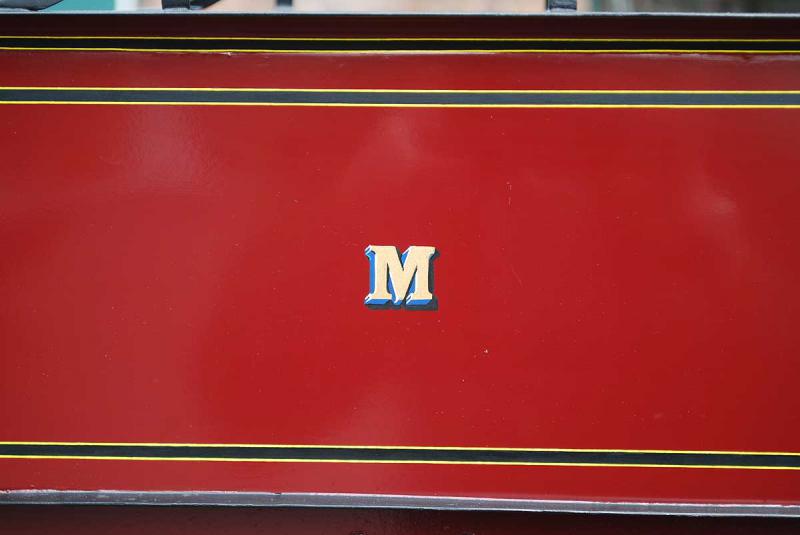 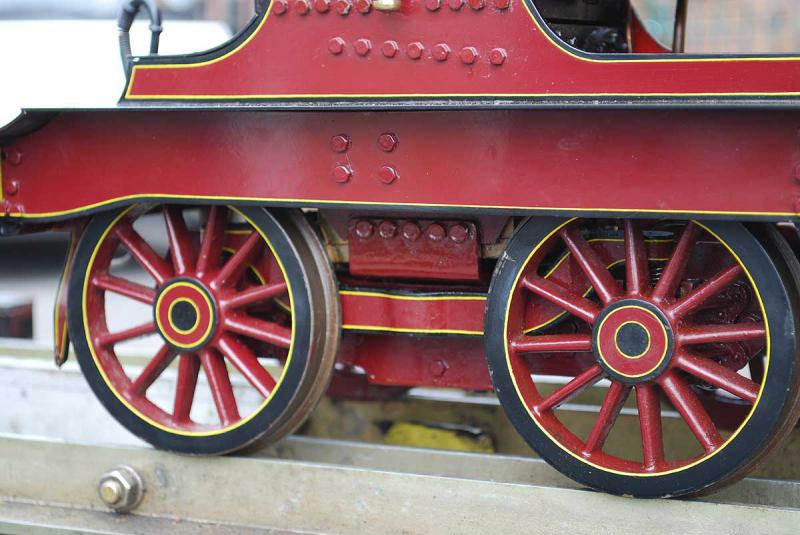 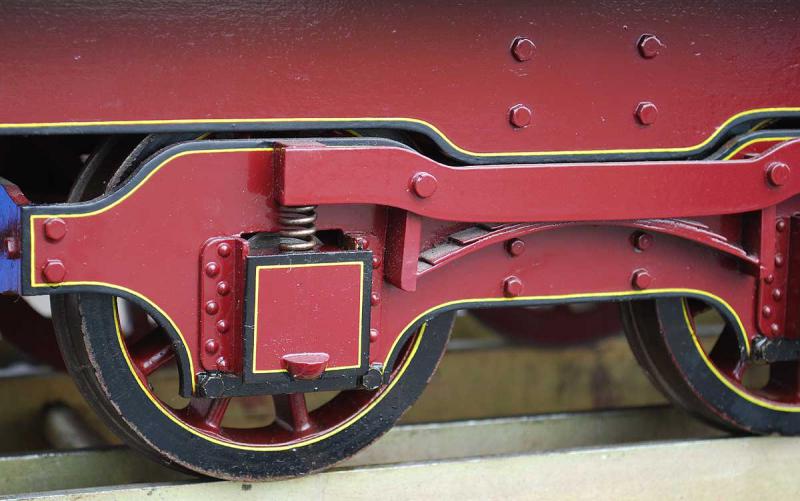 I bought this engine back in the summer of 2002, it sat on a bookshelf in the signalbox in our garden at Woolhampton for a long time before going off to pastures new. It's just come back, still in "ex-works" condition, lightly used by the last owner, spending the great majority of its time on display in his house. It's built to Martin Evans' "Princess of Wales" design, based on Midland Railway single designed by Johnson in 1899.

The engine was built in 1980 by a chap who, having test steamed it in his garden, sold it to his next door neighbour who had taken a shine to it. The new owner wasn't a steam engine man, just liked nice things, so sent it off to Cherry's of Richmond who produced, at considerable cost, the immaculate hand-lined and signwritten livery you see here. The engine then went into a glass case, where it stayed for nearly twenty years.