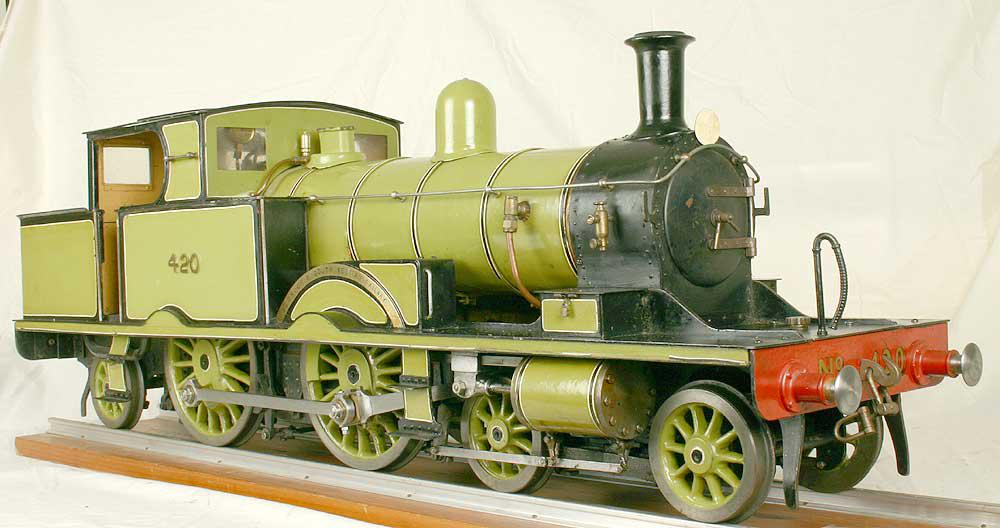 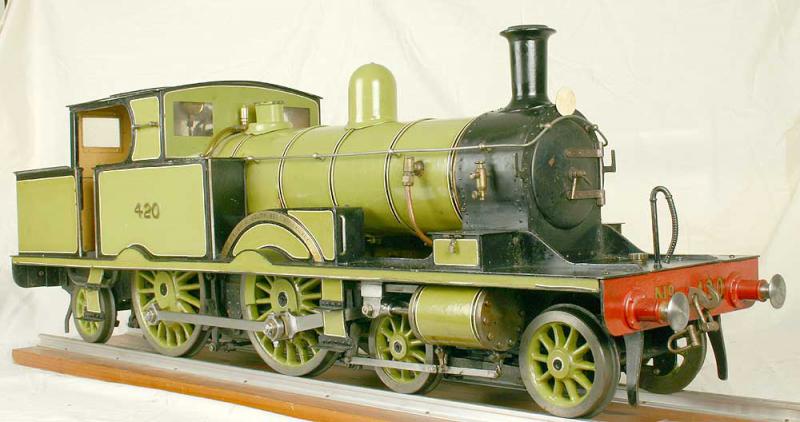 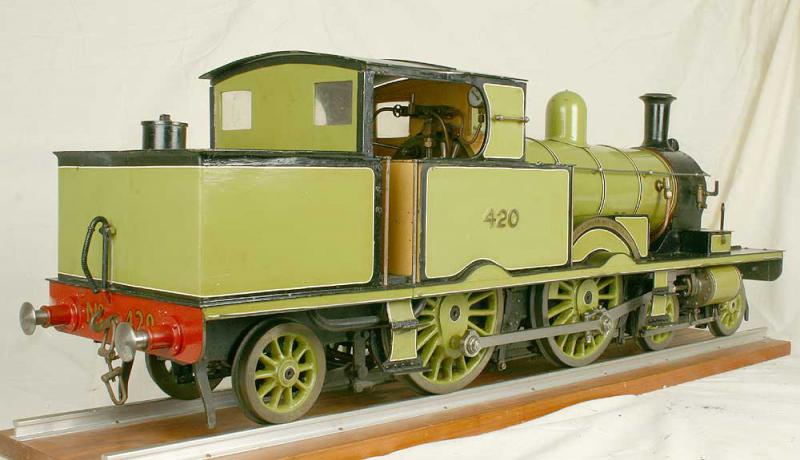 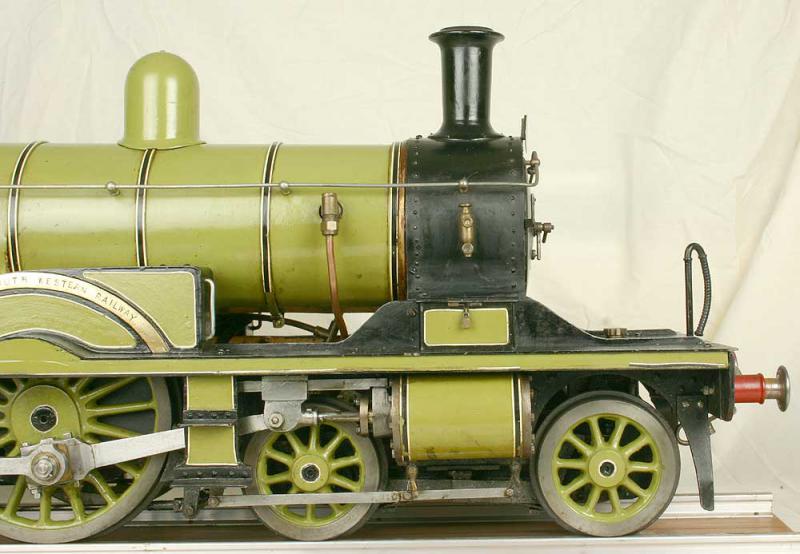 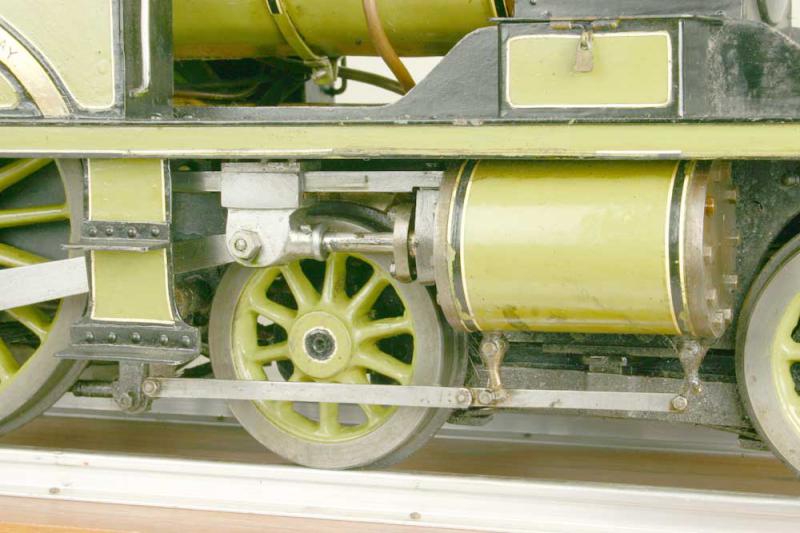 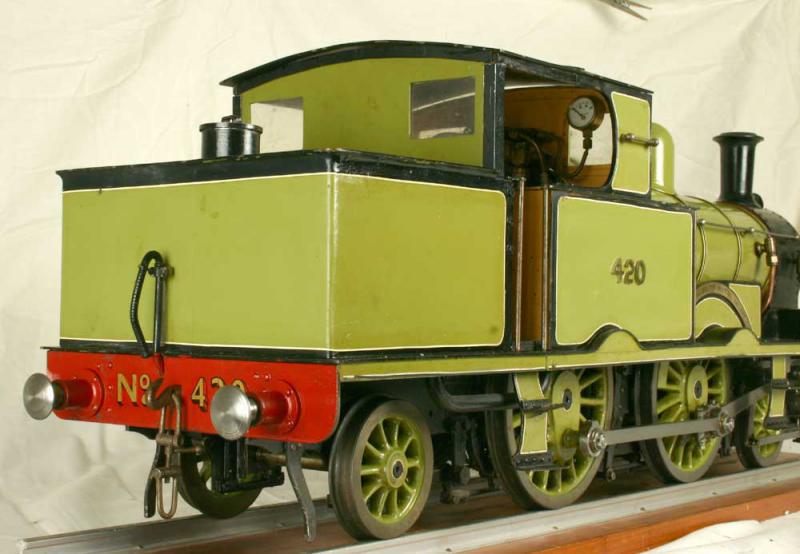 In 1882, with a severe shortage of passenger tank locomotives, William Adams introduced the 415 class 4-4-2 radial tank - the radial referred to the articulated pony truck, installed to support the weight of the large rear bunker. The first batch were built by Beyer Peacock, subsequent batches were fulfilled by Stephensons, Dubs and Neilson. So pleased was Adams with their performace that the earlier 460 class of 4-4-0 tanks were rebuilt into the radial format during the 1880s.

With typically Victorian lines, I think these are immensely elegant engines. This one has spent the last few years decorating a gentlemans house (along with the rather good 3 1/2 inch Royal Scot that I had recently), but after a cleanup in the workshop last week (which mainly consisted of de-cat-furring it) it burst into a life again with some degree of vigour. I was impressed by just what a nice thing it is to drive, the large wheels give a rather stately gait with a very dignified exhaust beat. As with all big tank engines, I think you get the best of both worlds - all the power of a large engine, controls readily to hand but no tender to lean across.

The paintwork is rather worn, however mechanically the engine was well made in the first place and is still in good condition. There are lots of nice little details, from the dummy displacement lubricator on the smokebox to the tiny padlock on the running-board toolbox. It steams very freely and runs well.