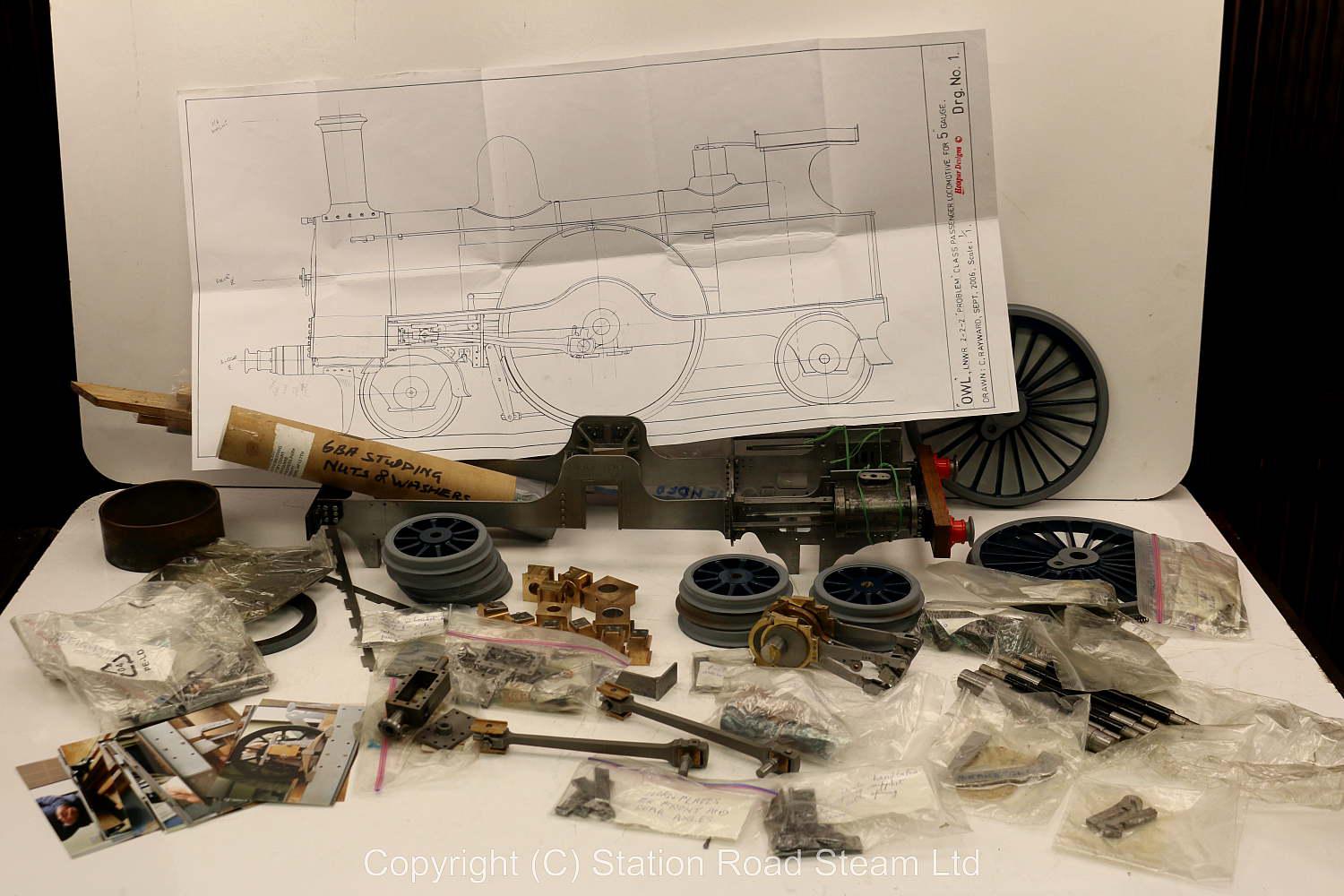 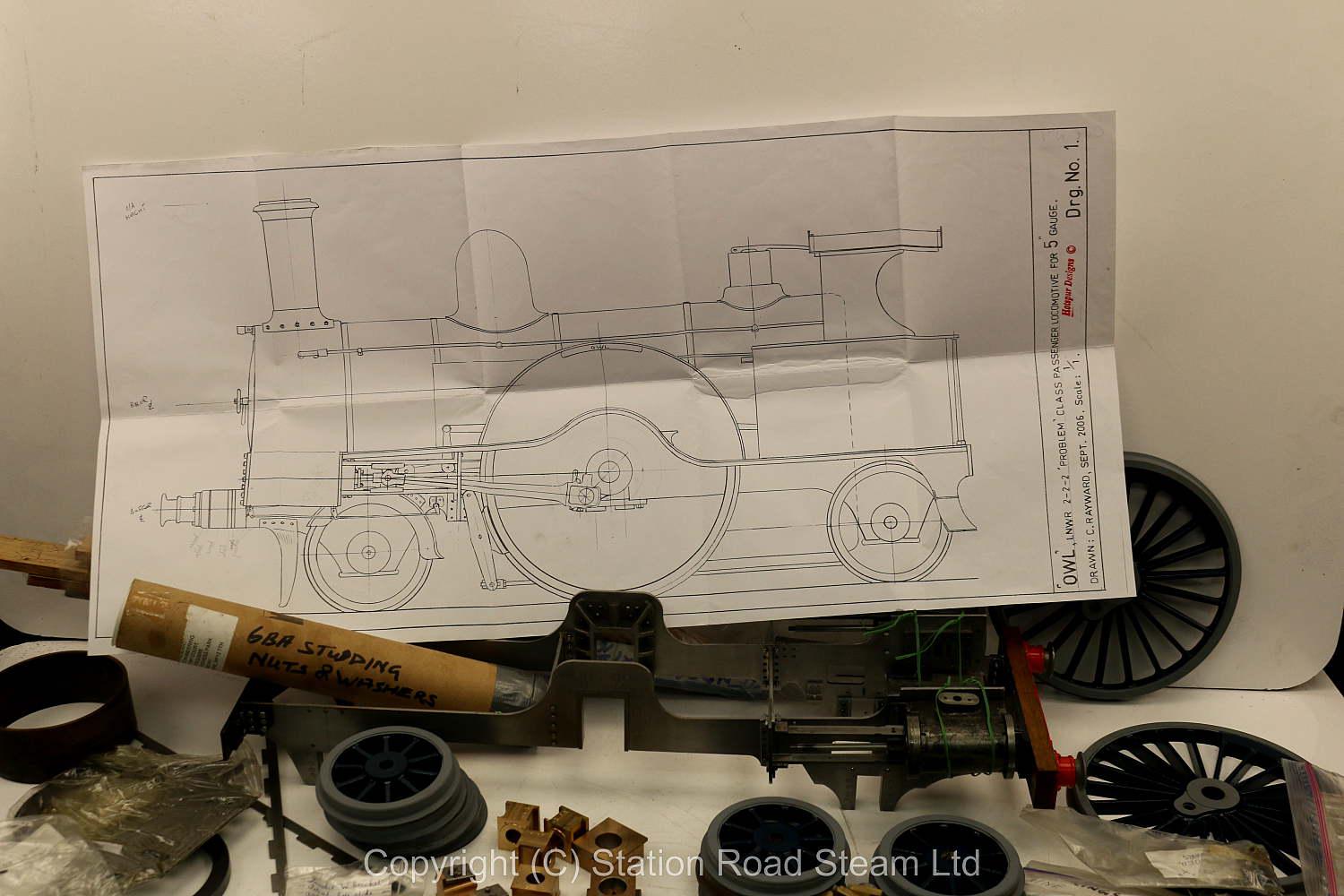 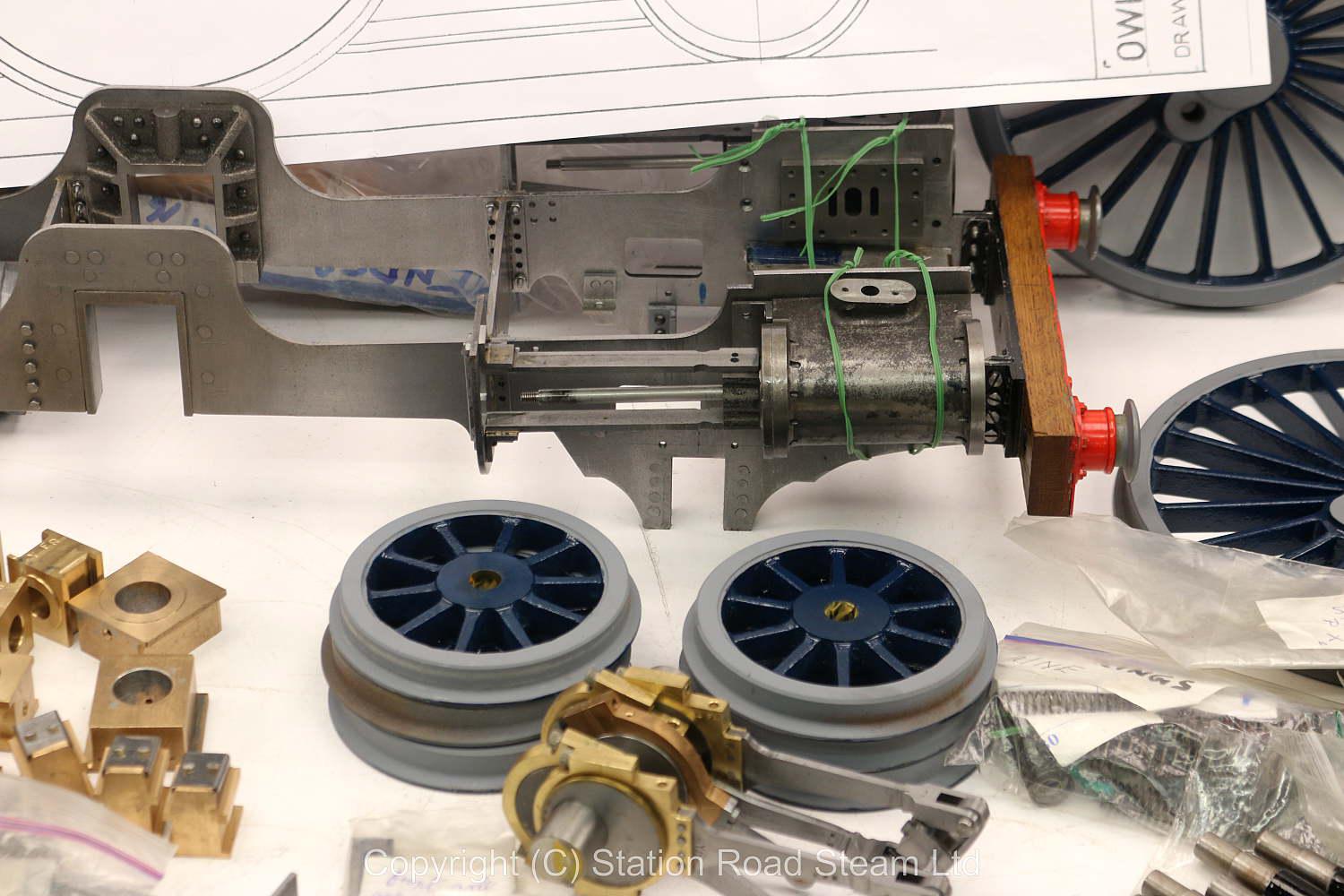 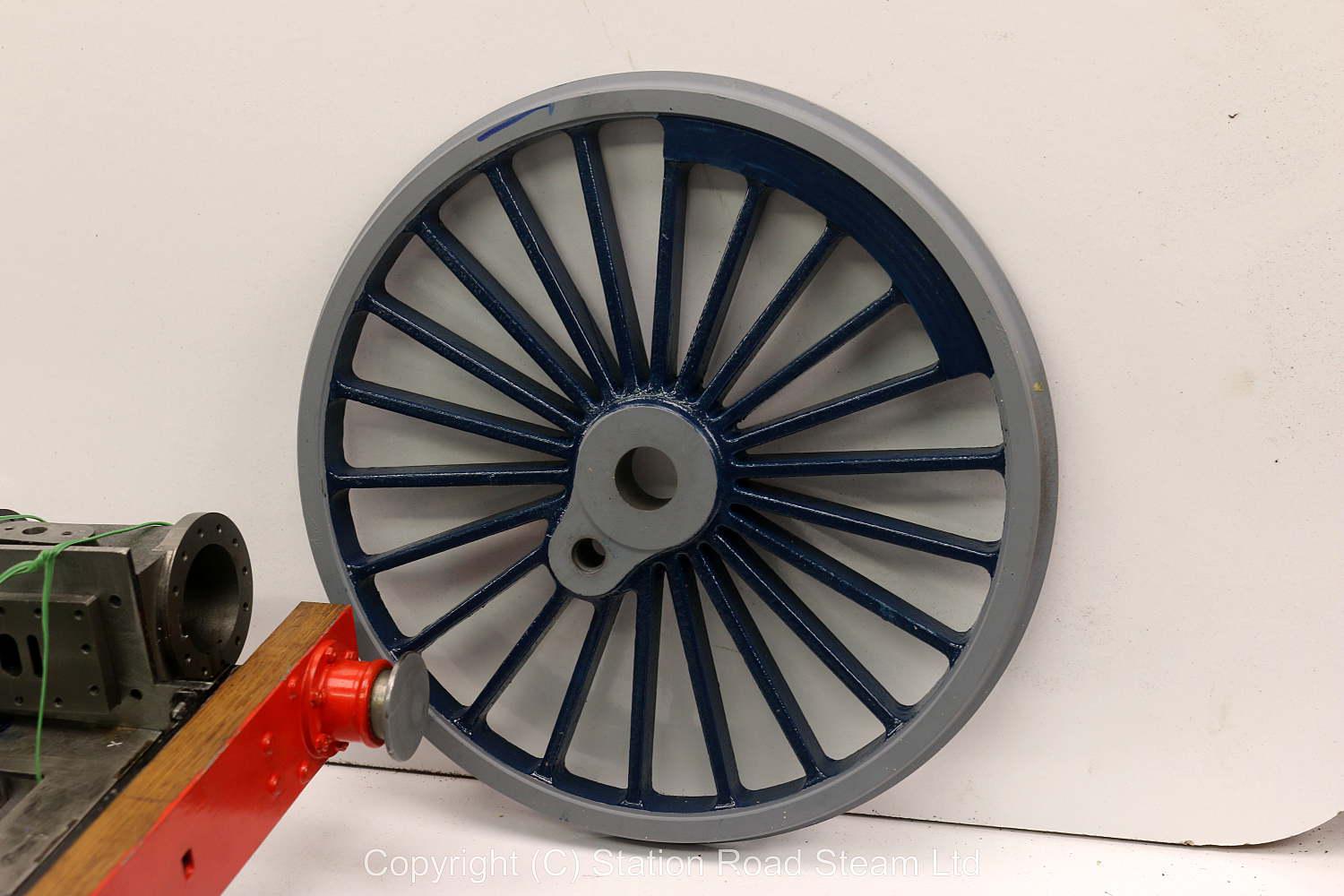 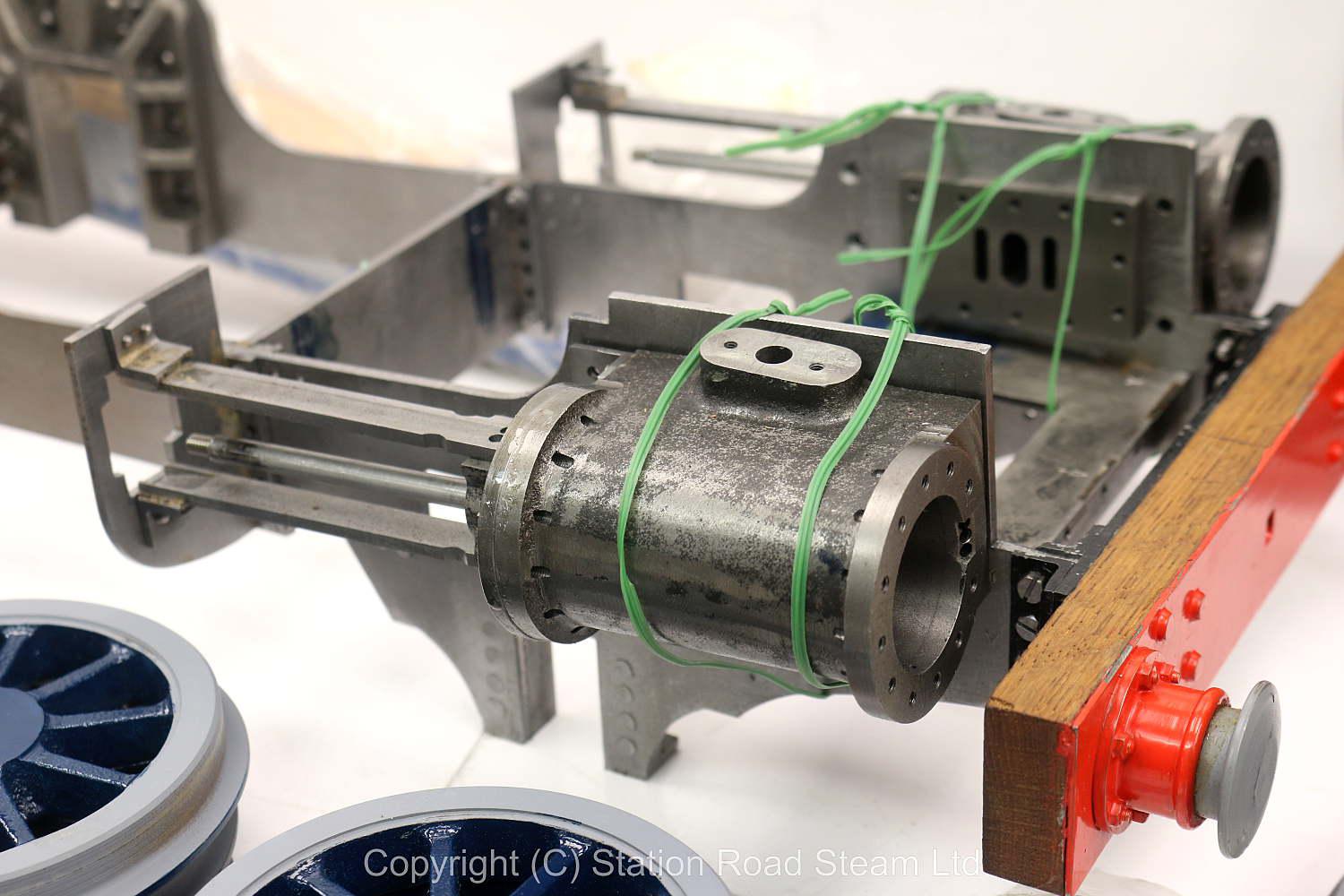 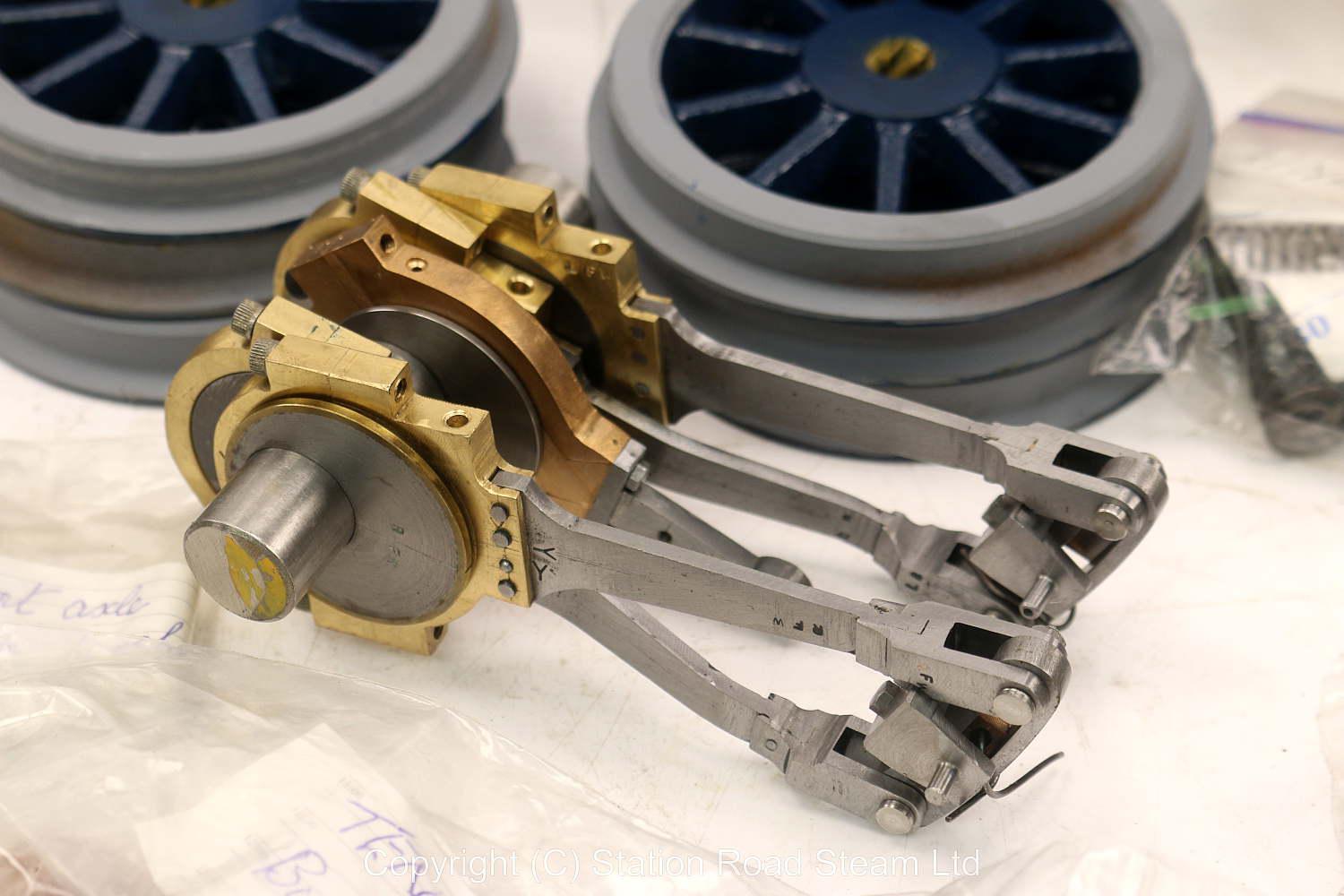 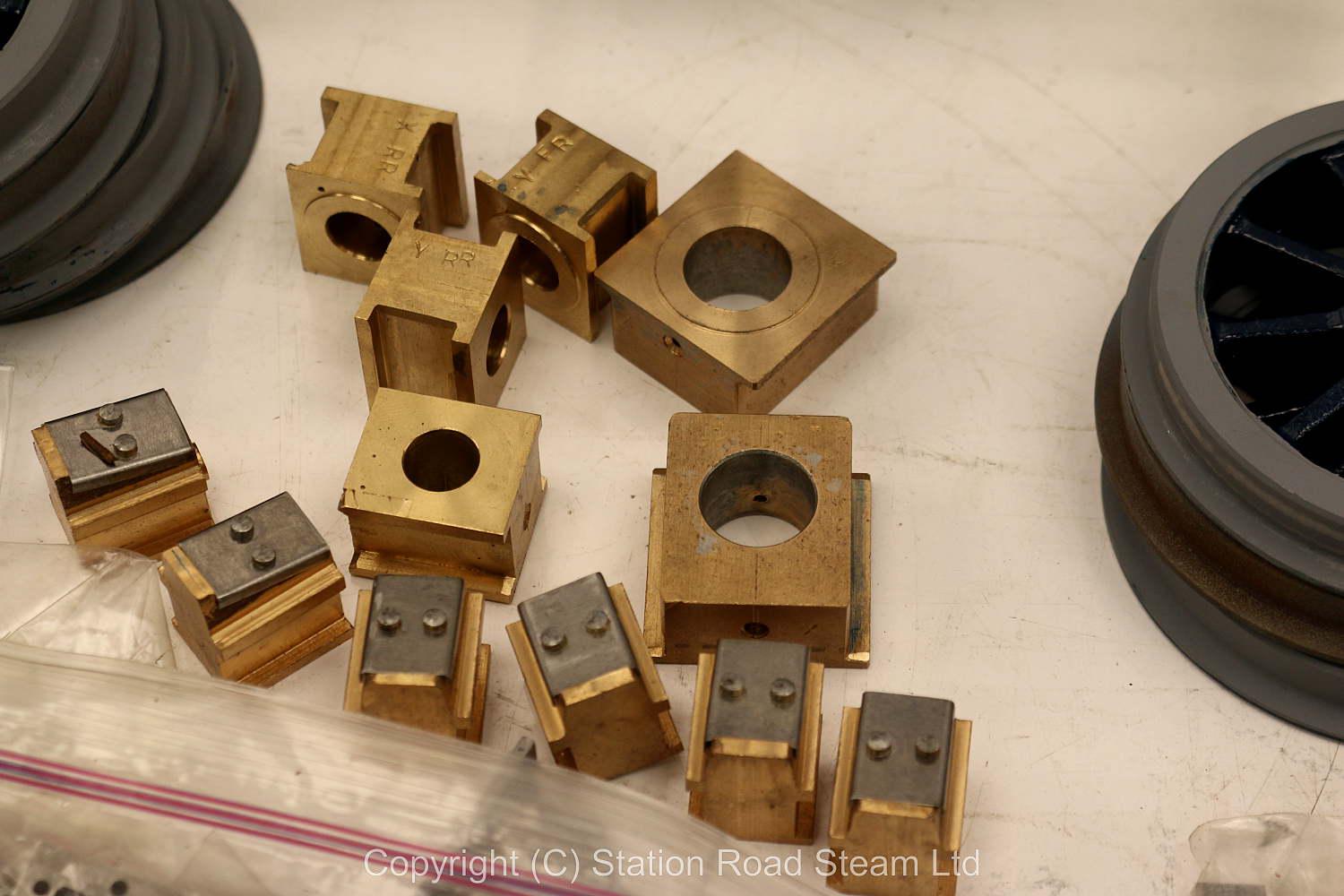 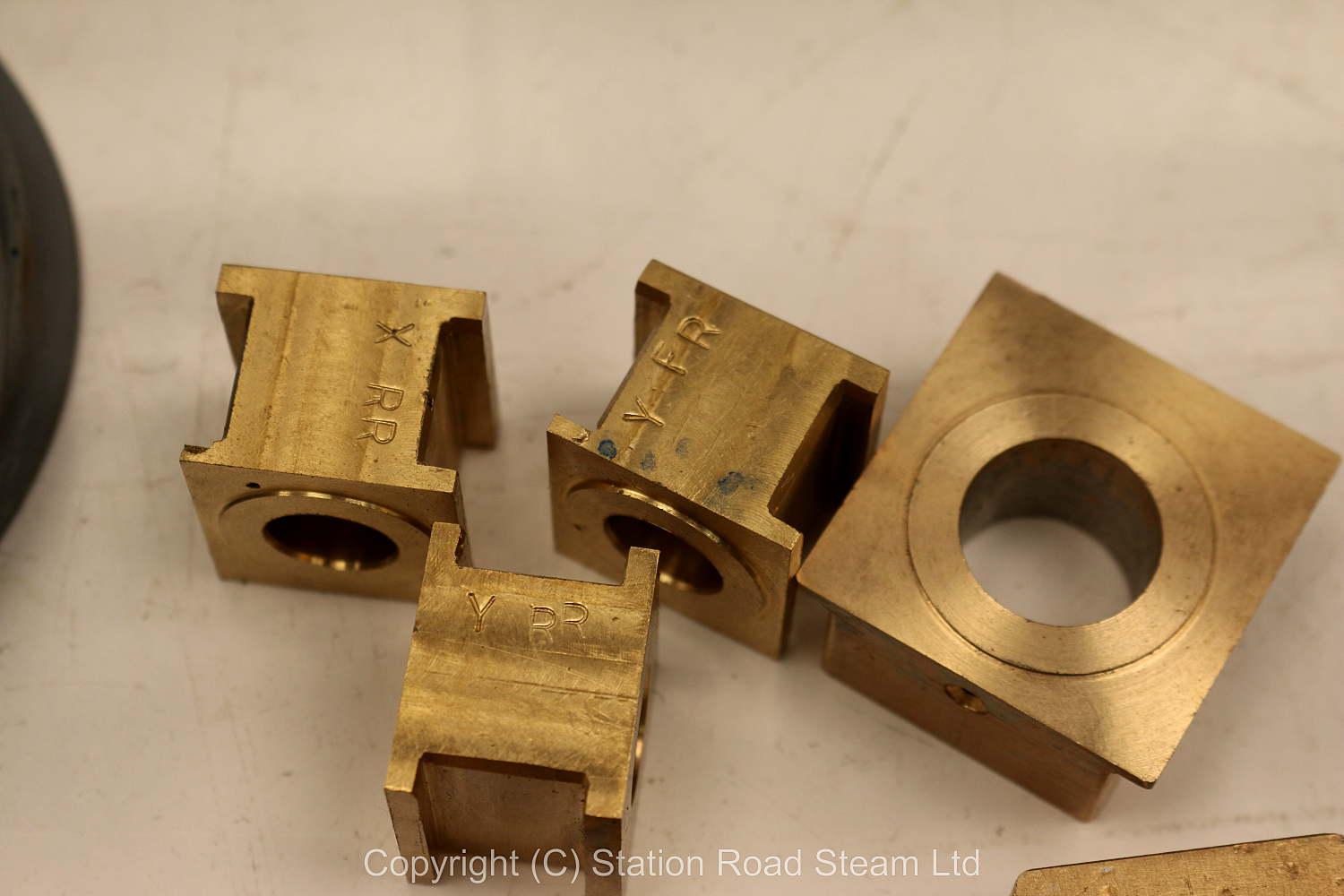 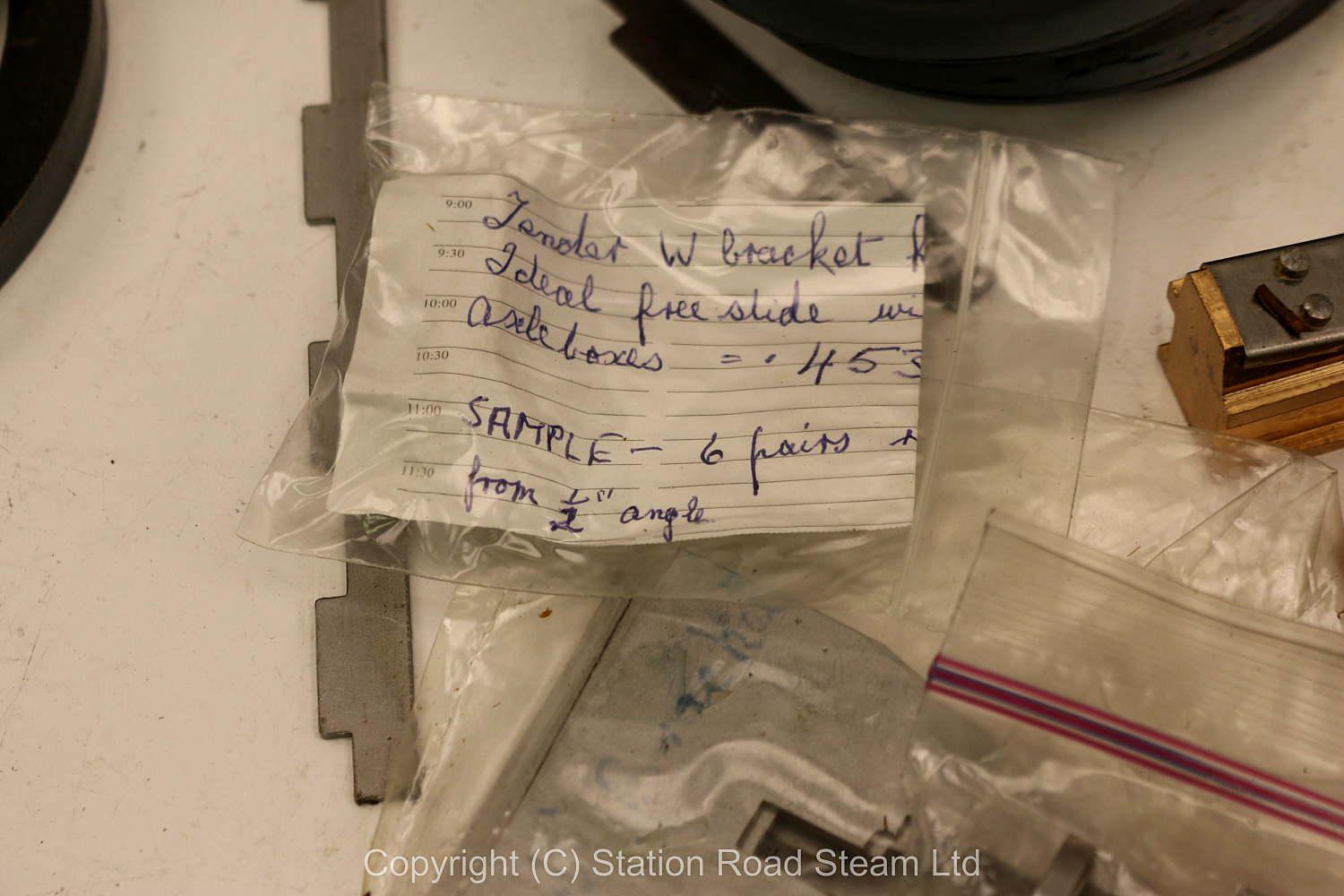 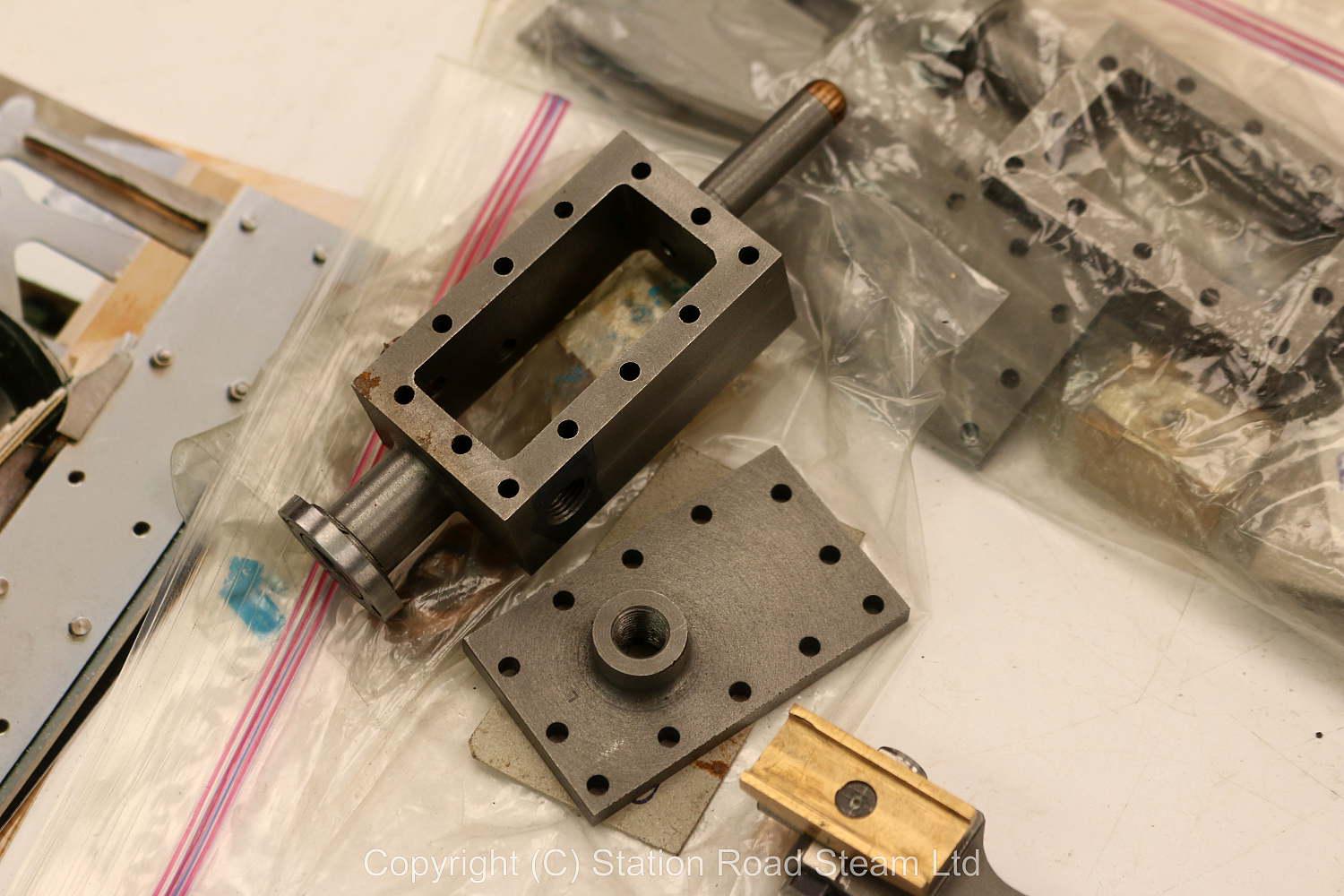 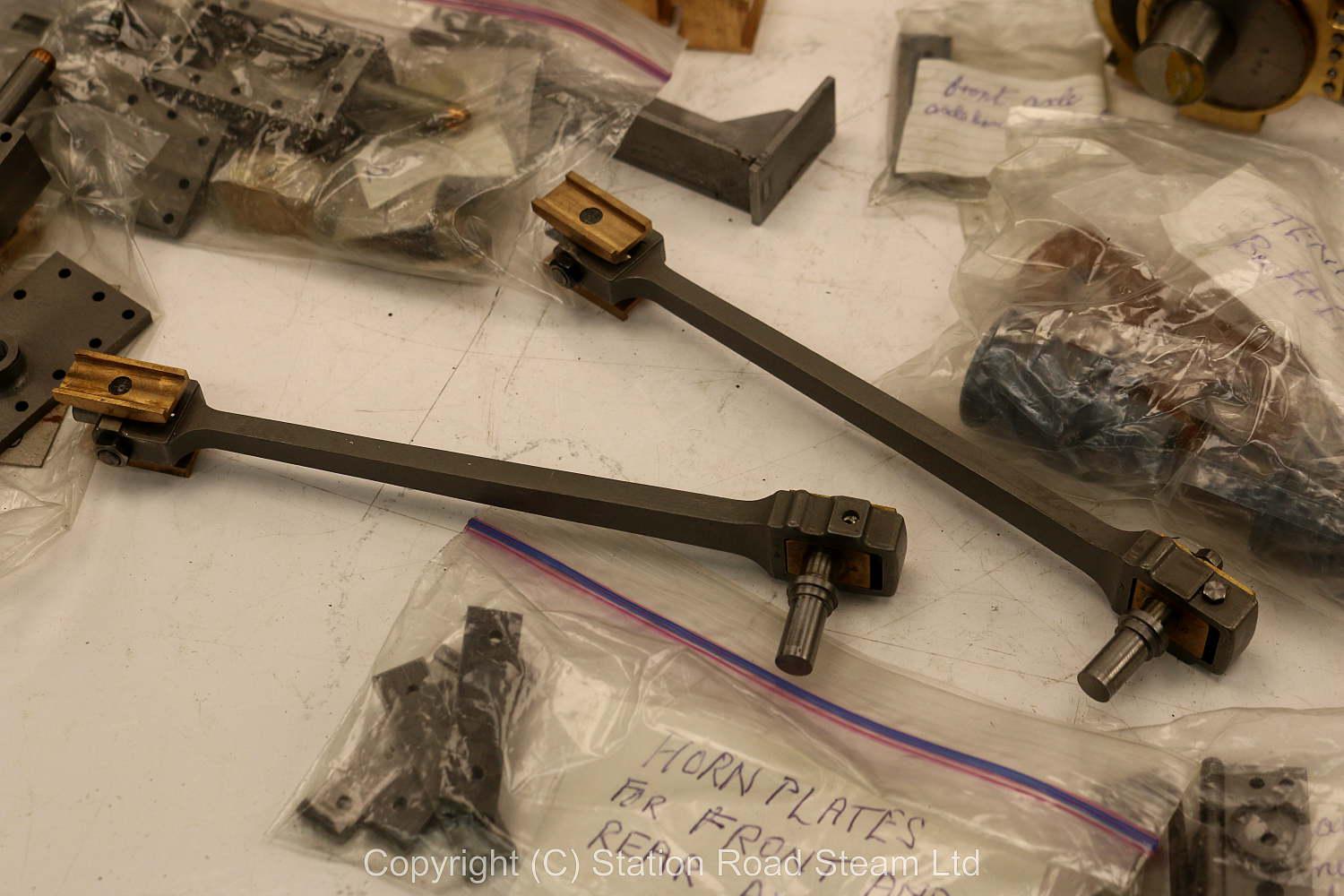 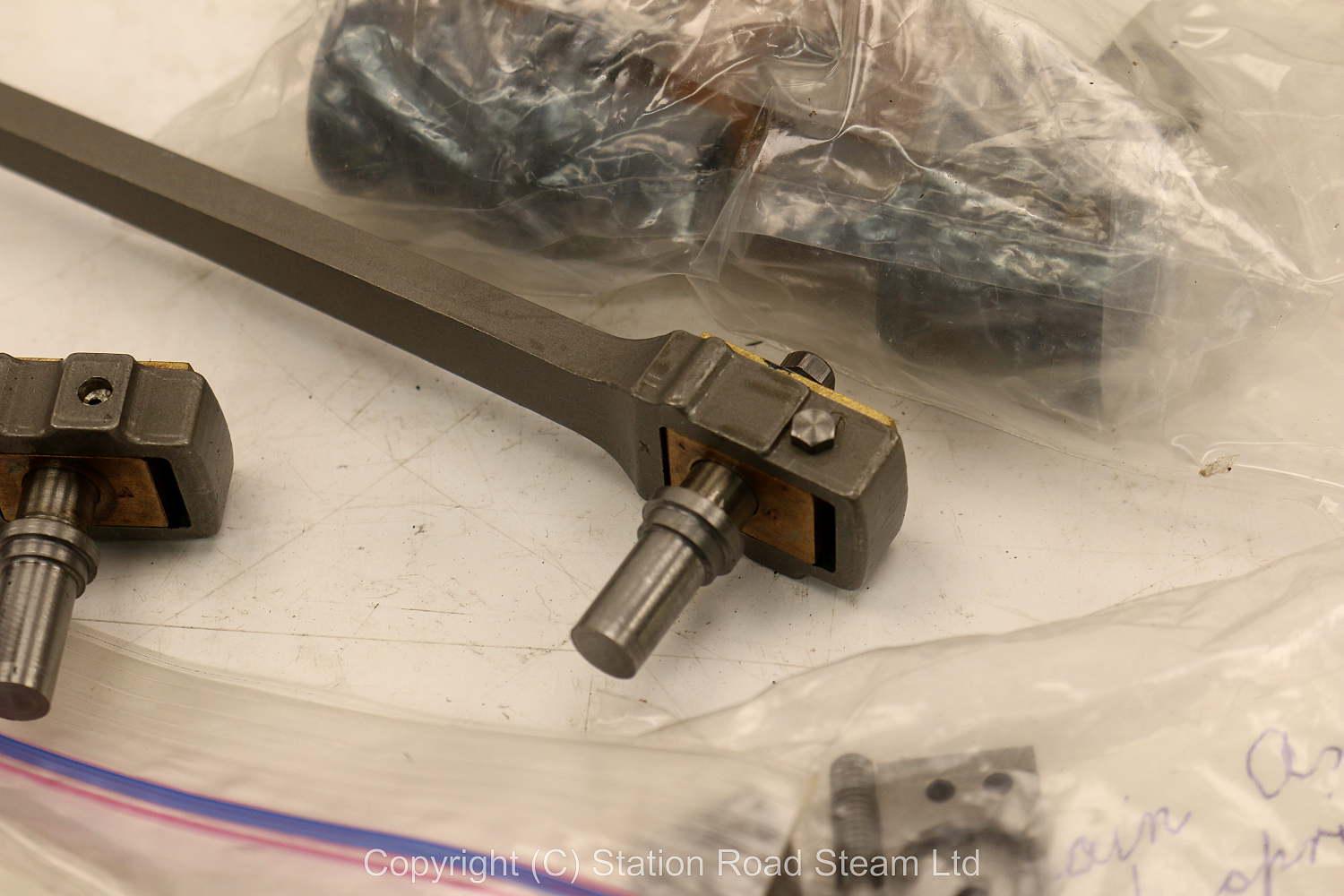 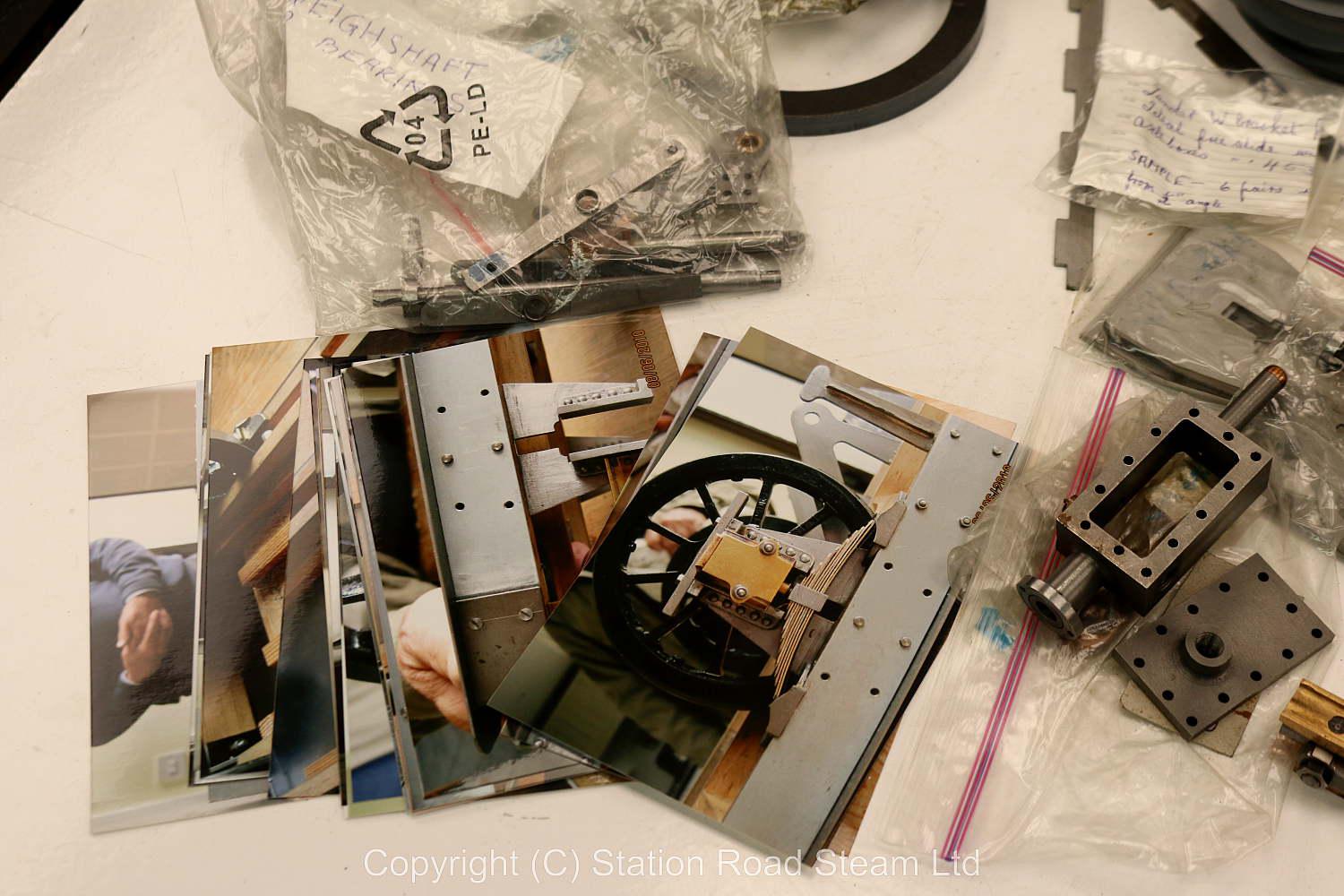 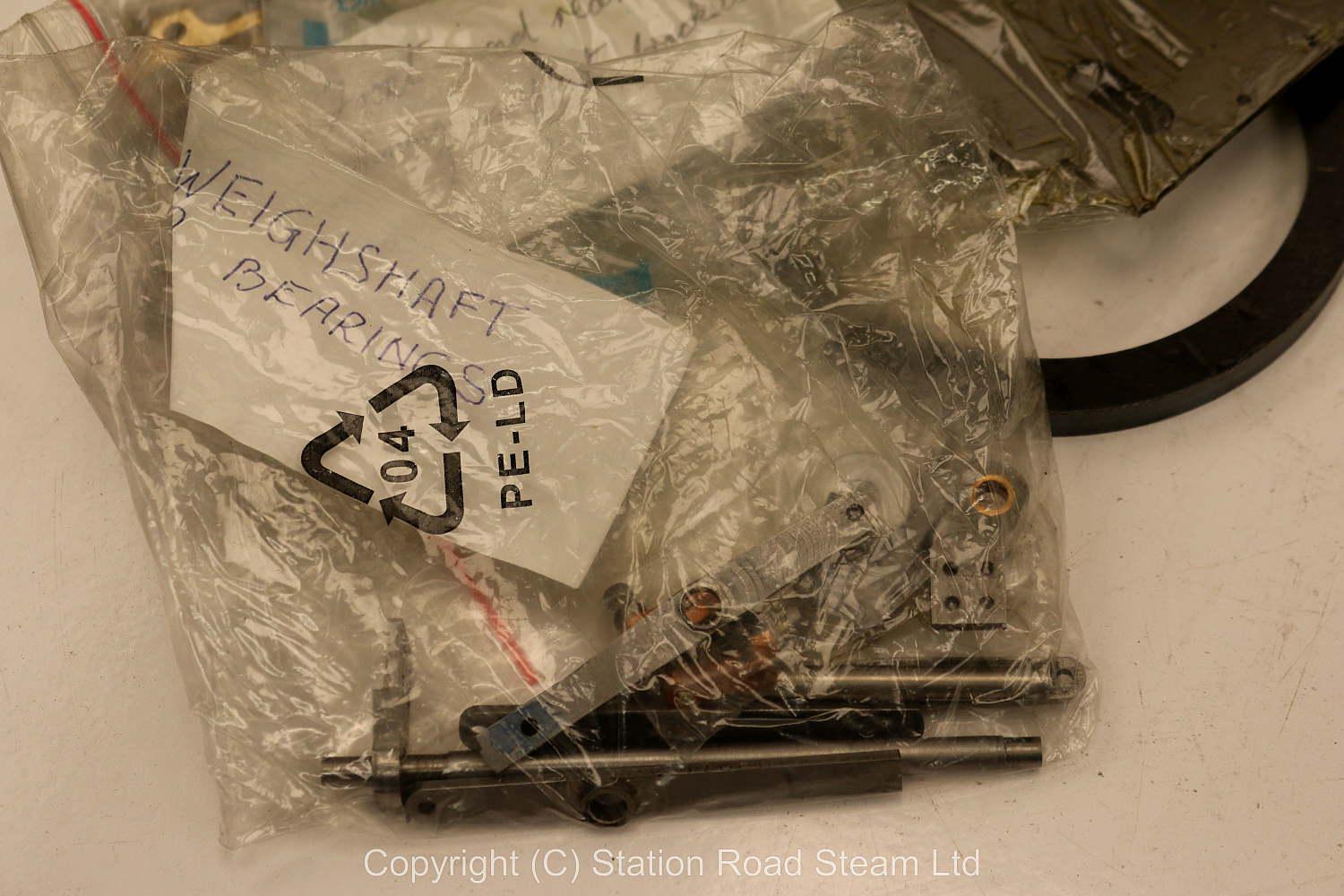 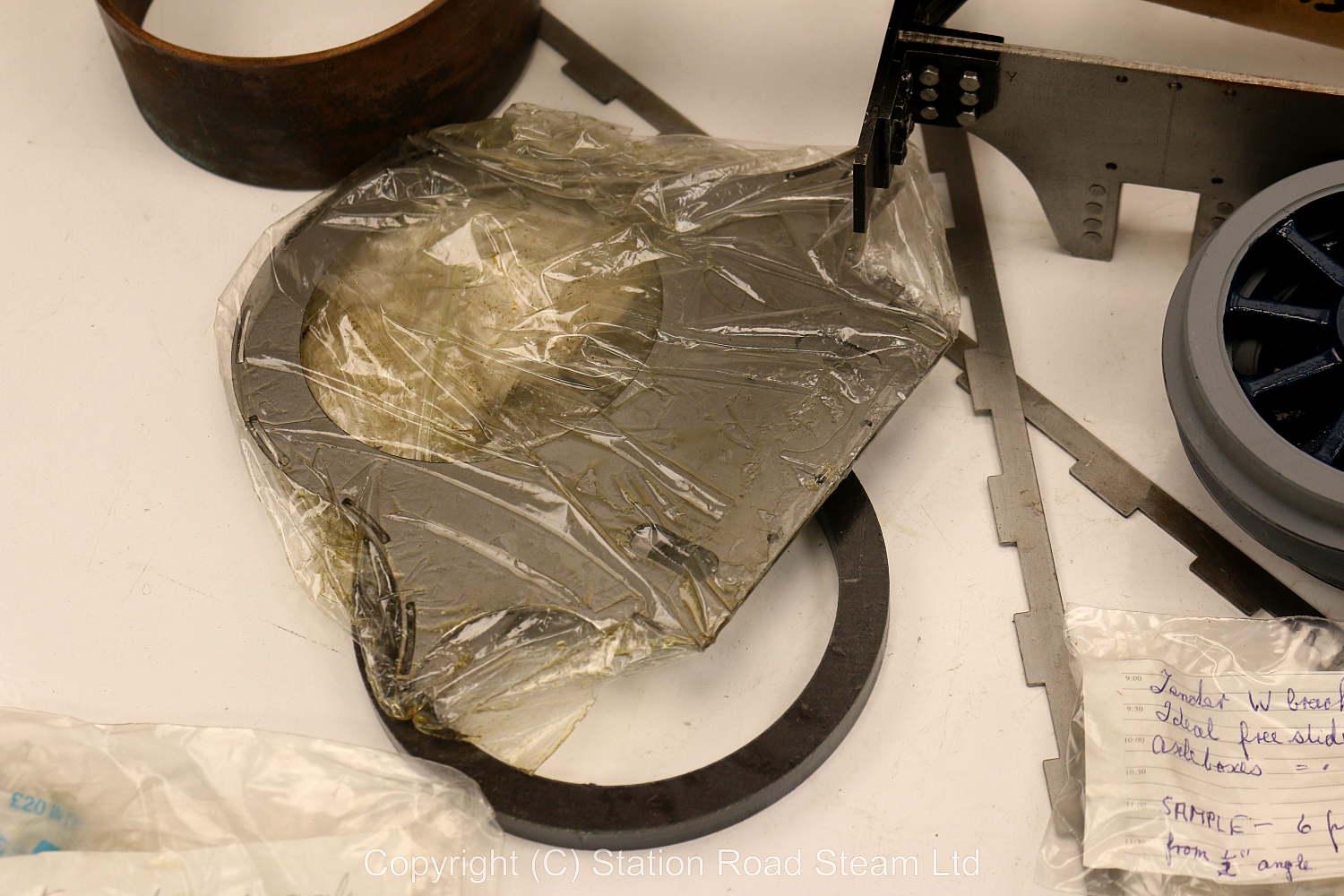 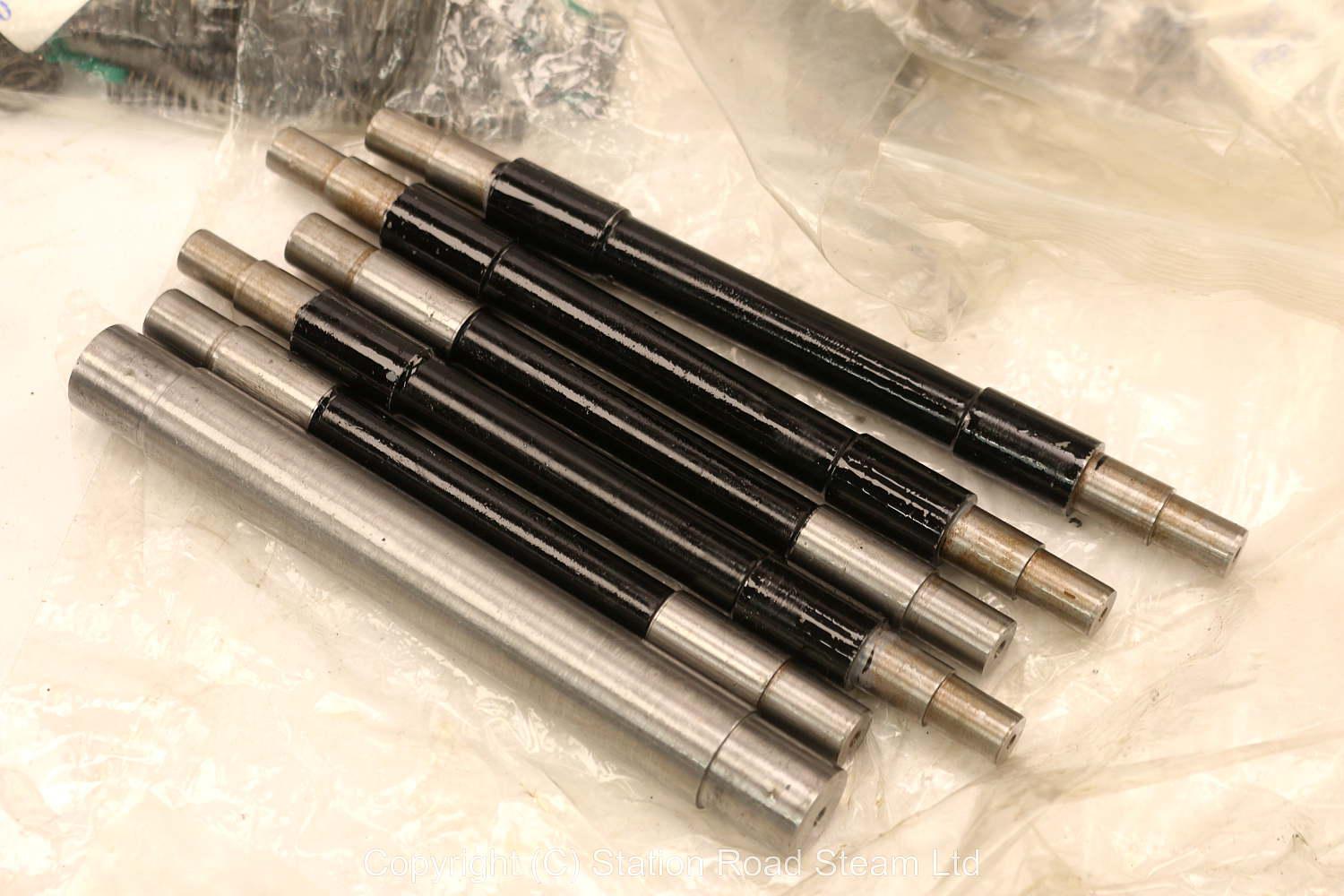 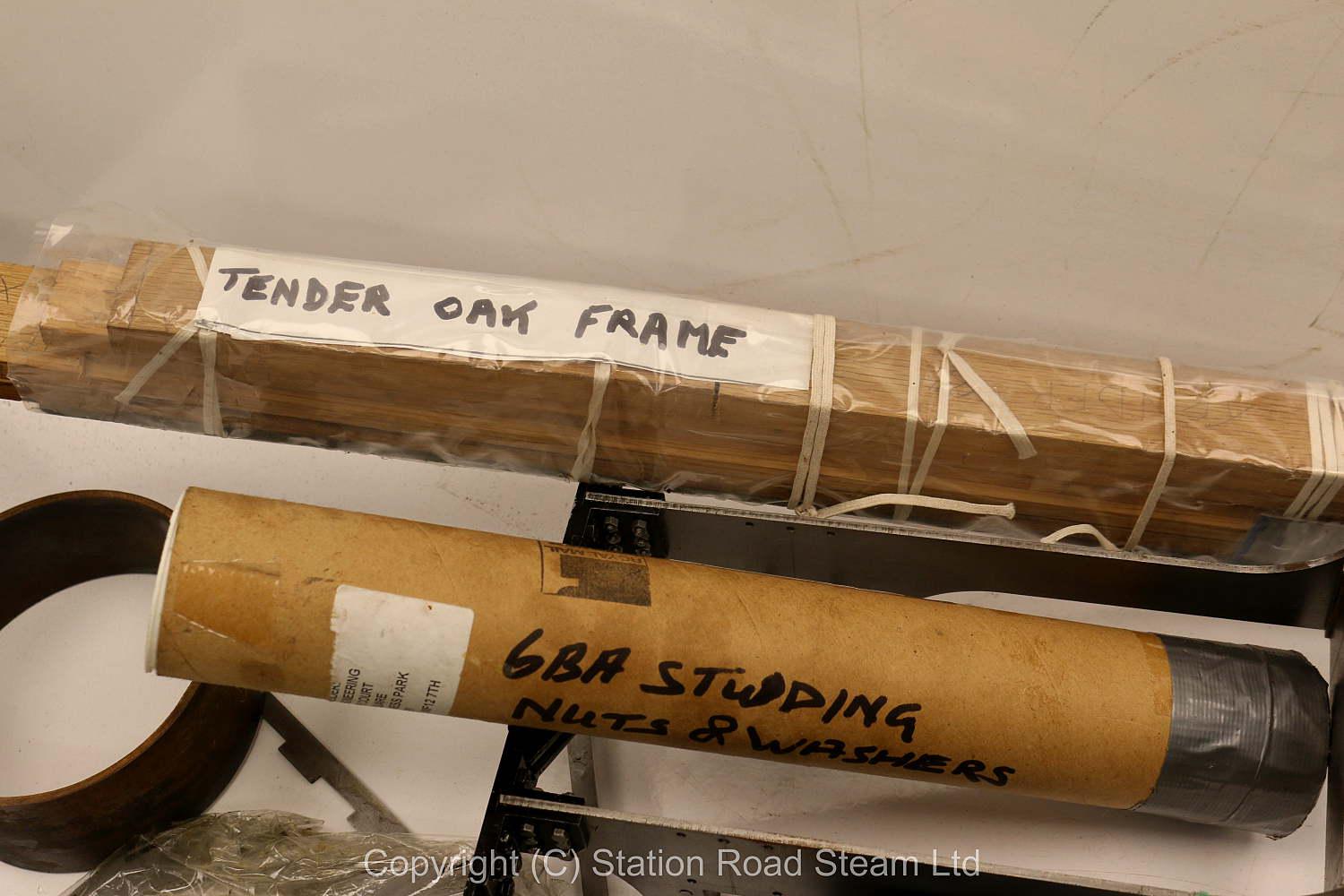 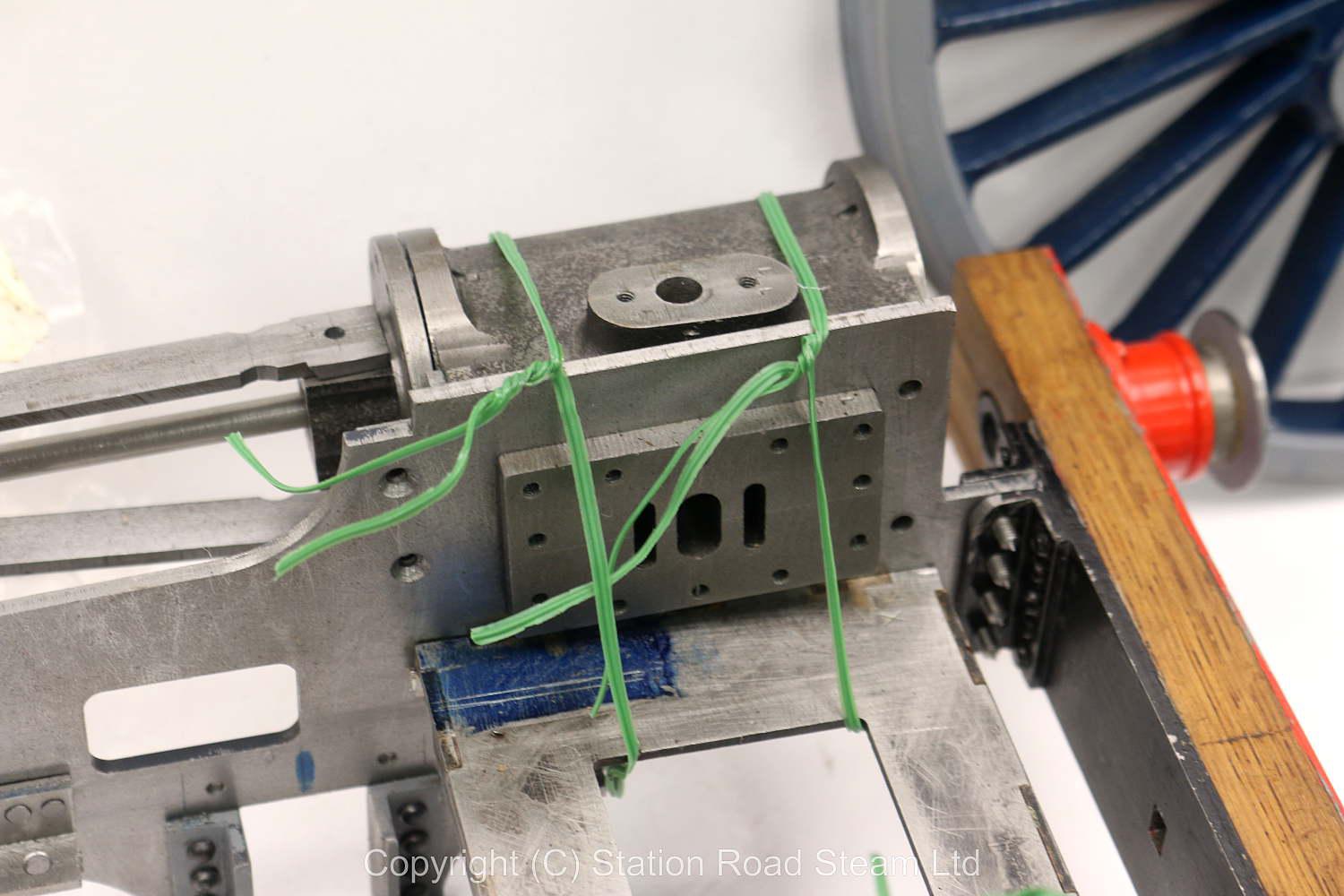 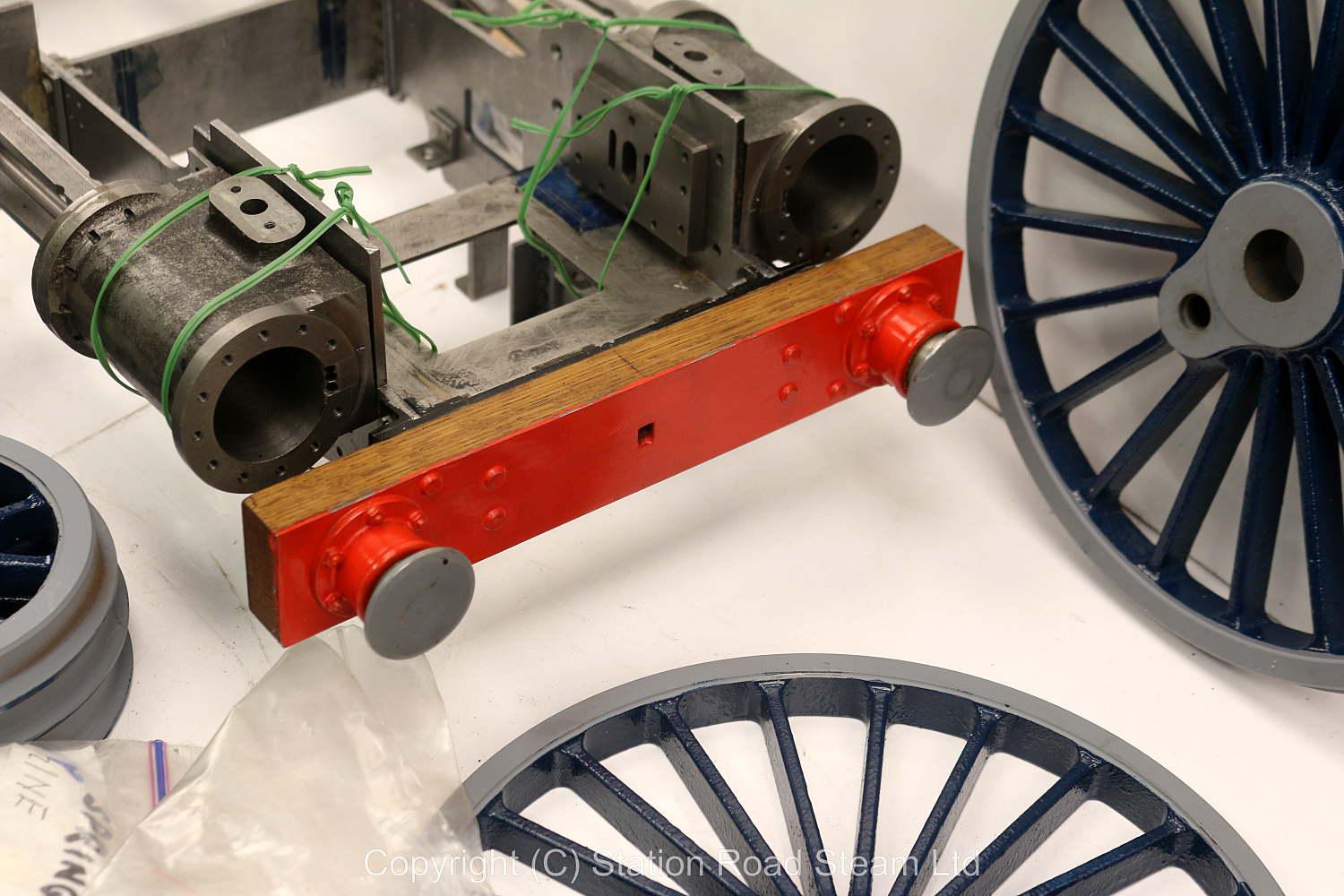 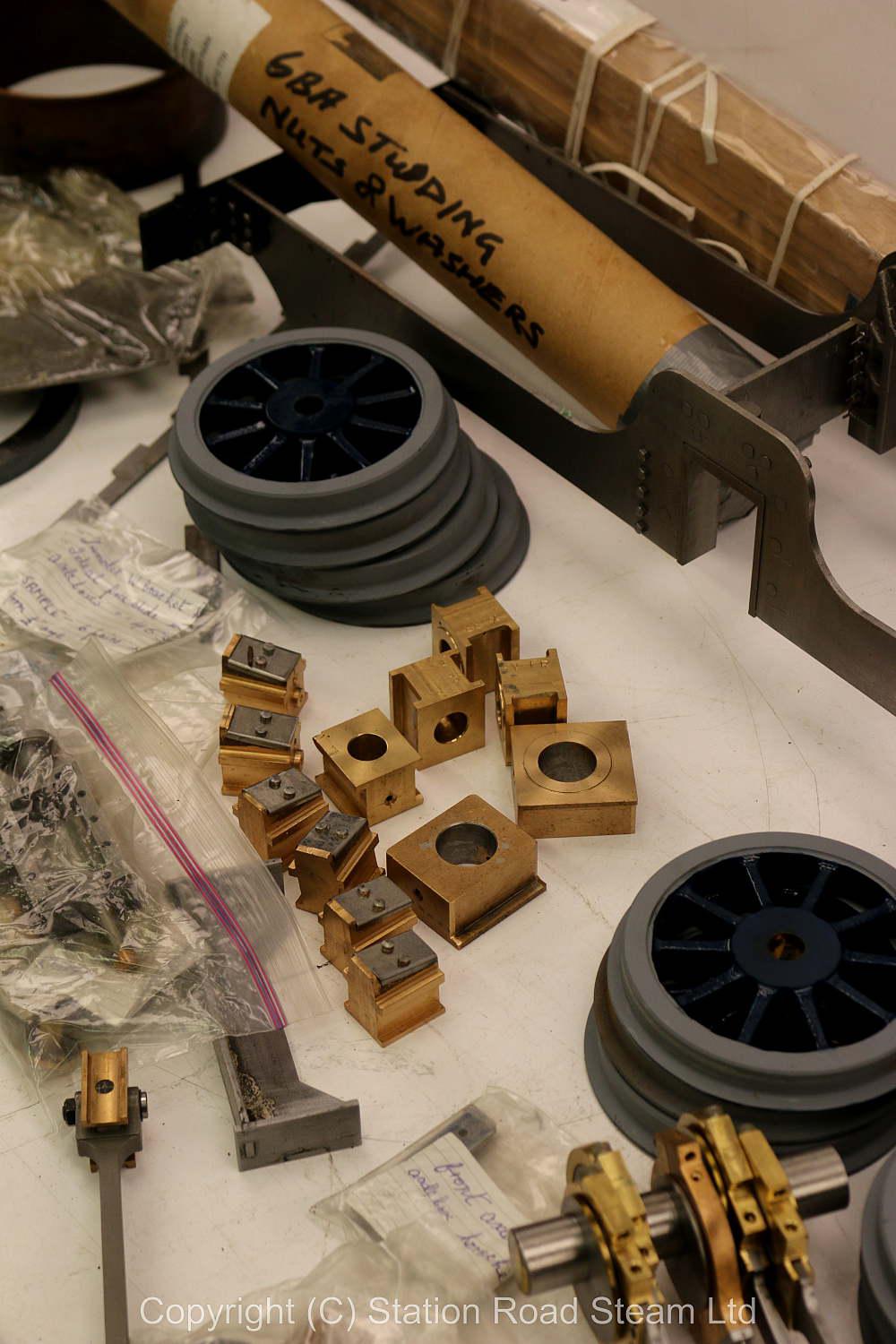 An 5 inch gauge LNWR "Problem" class 7' 6" single - a supremely elegant design, in common with most of single wheel locomotives of that era. The work of an experienced engineer now well into his eighties, anno domini have finally stopped this project in mid flow. His previous engine (which is in the workshop as I write), a modified Sharp, Stewart "Asia" has proved itself a more than capable club performer, characterised by a high standard of machining and finish throughout - the single wheeler looks like it will follow in the family tradition.

Work has been completed to a high standard to date, the parts all neatly bagged and tagged - there's a complete set of the "Hotspur" drawings as well as packs of photographs of other builder's engines and building stand, allowing the engine to be rotated. In all, a good deal of information allowing the next builder to take up the baton.