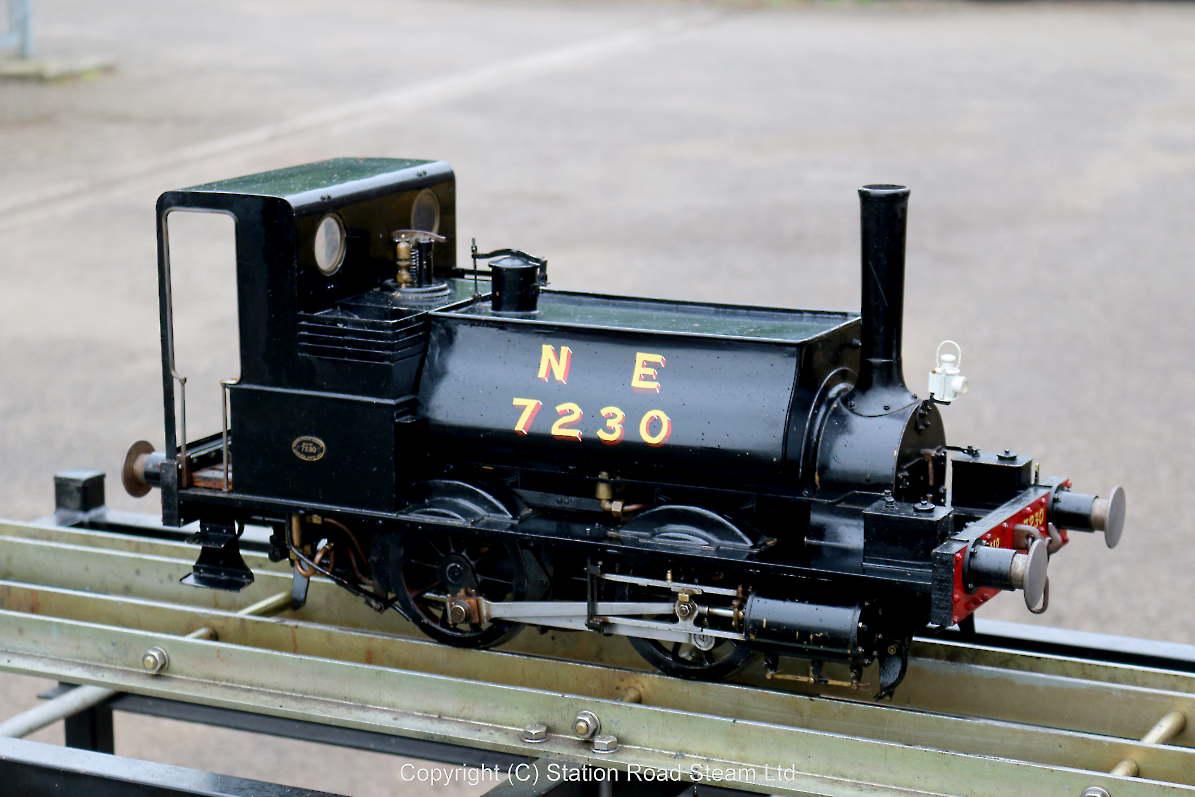 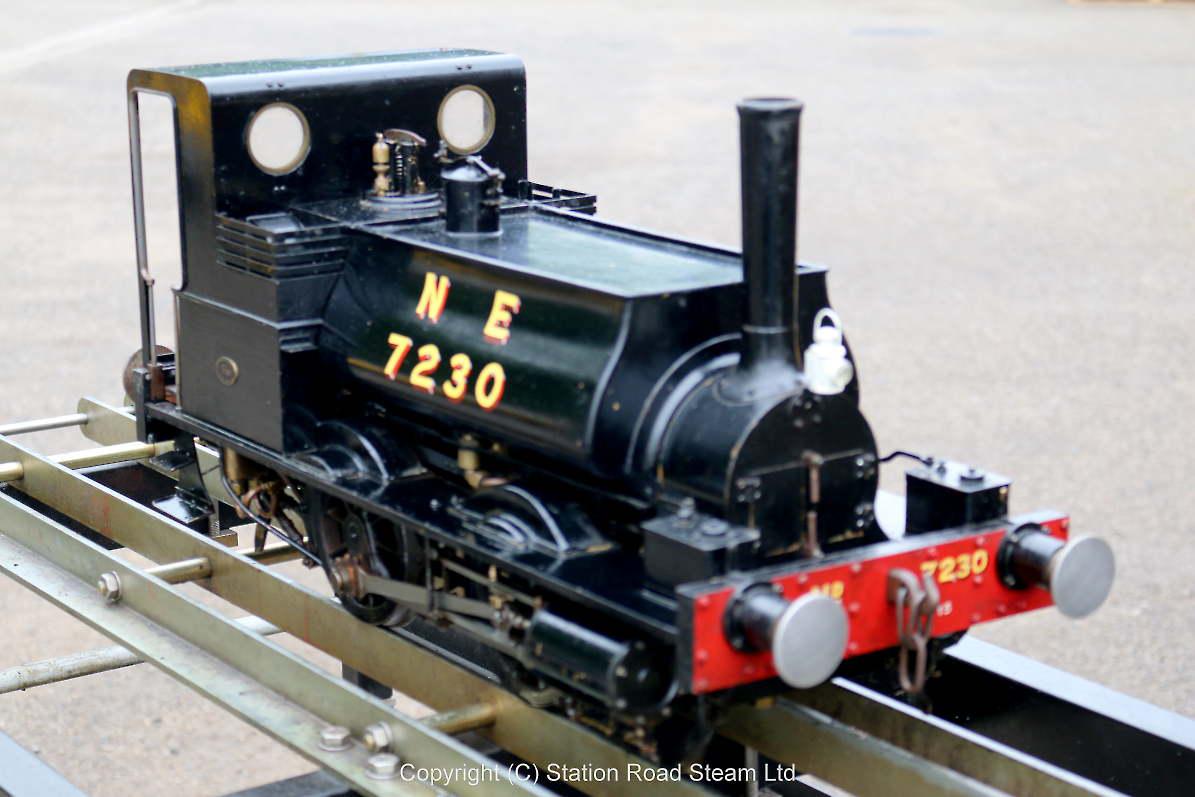 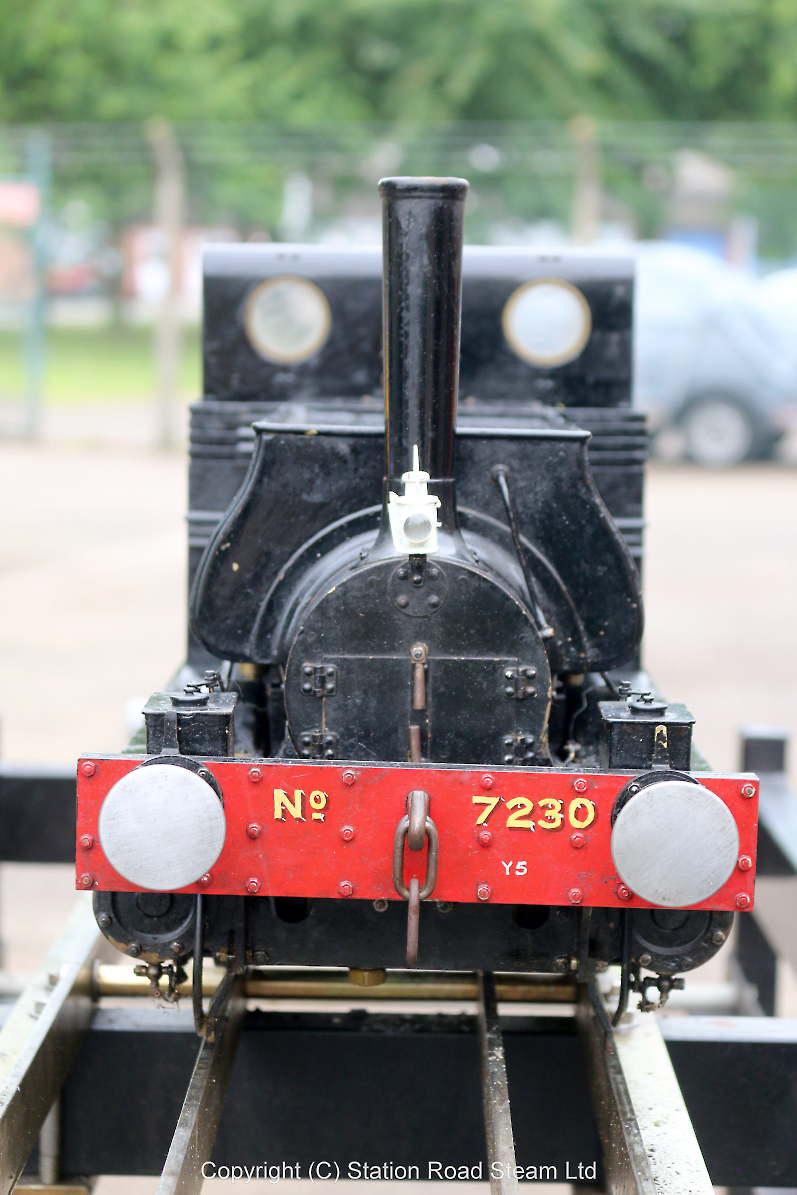 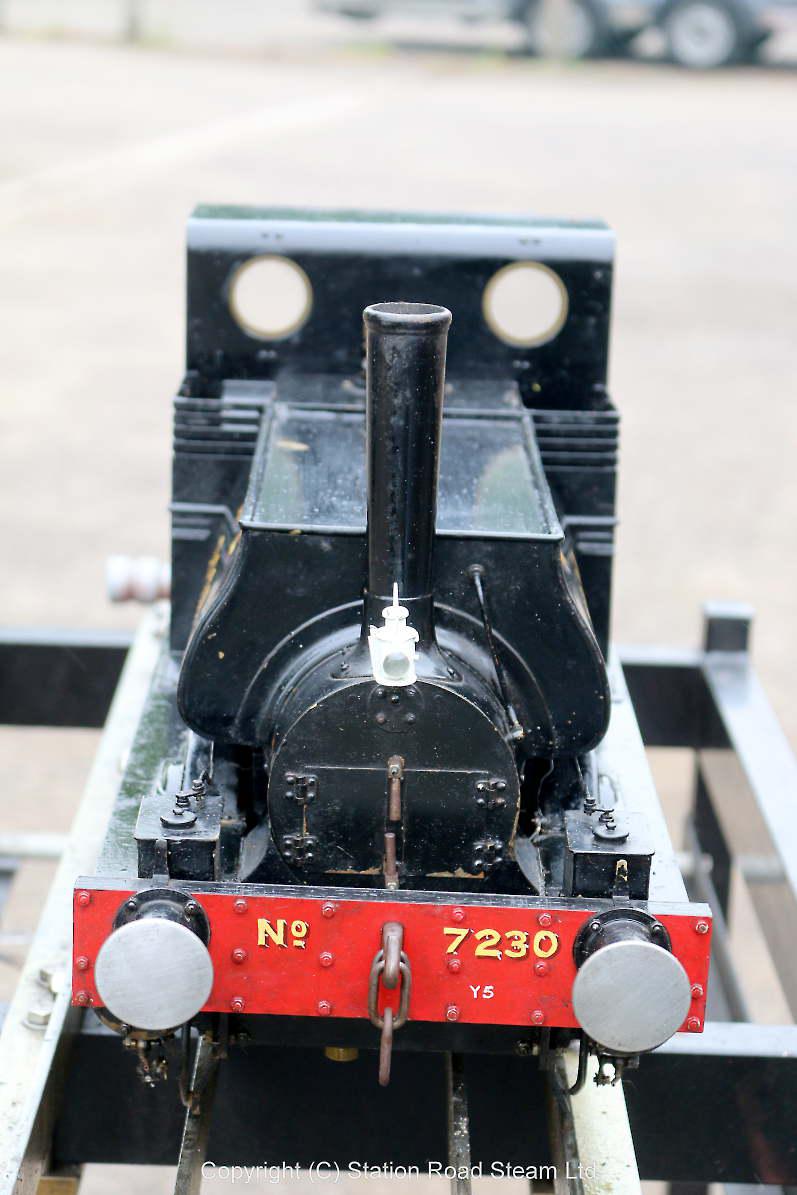 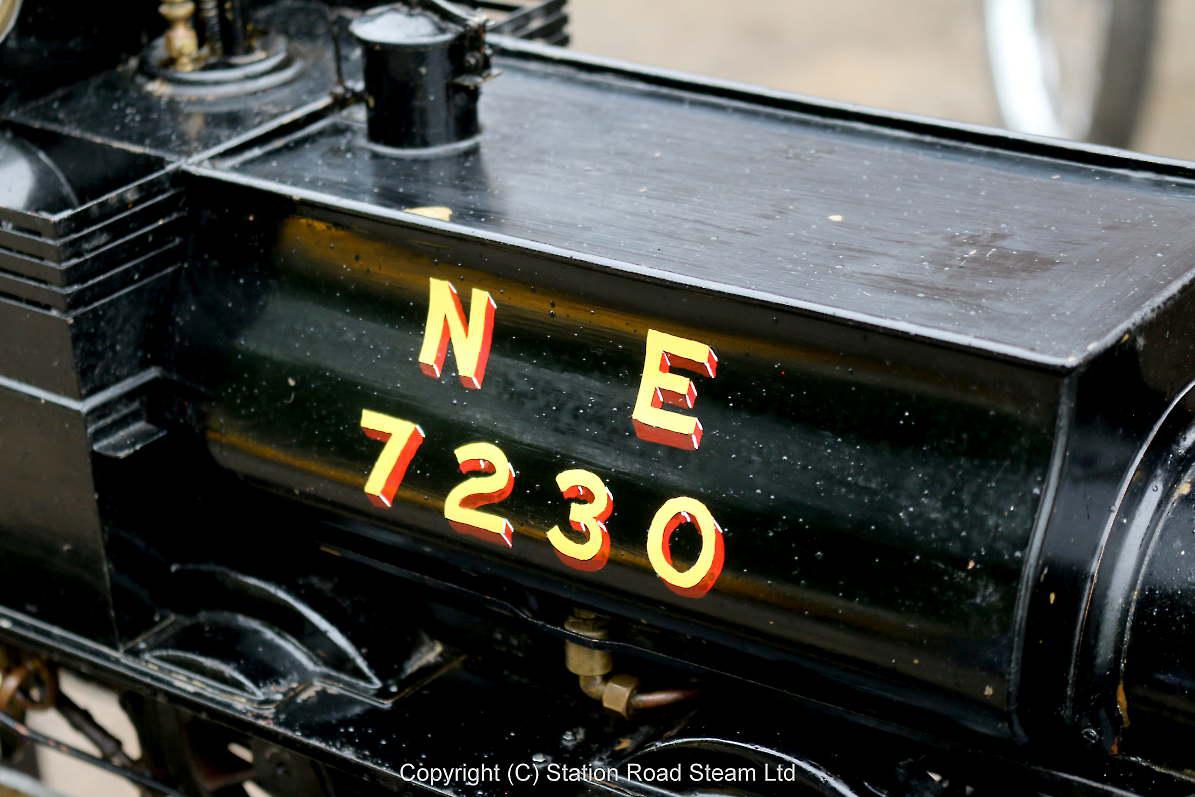 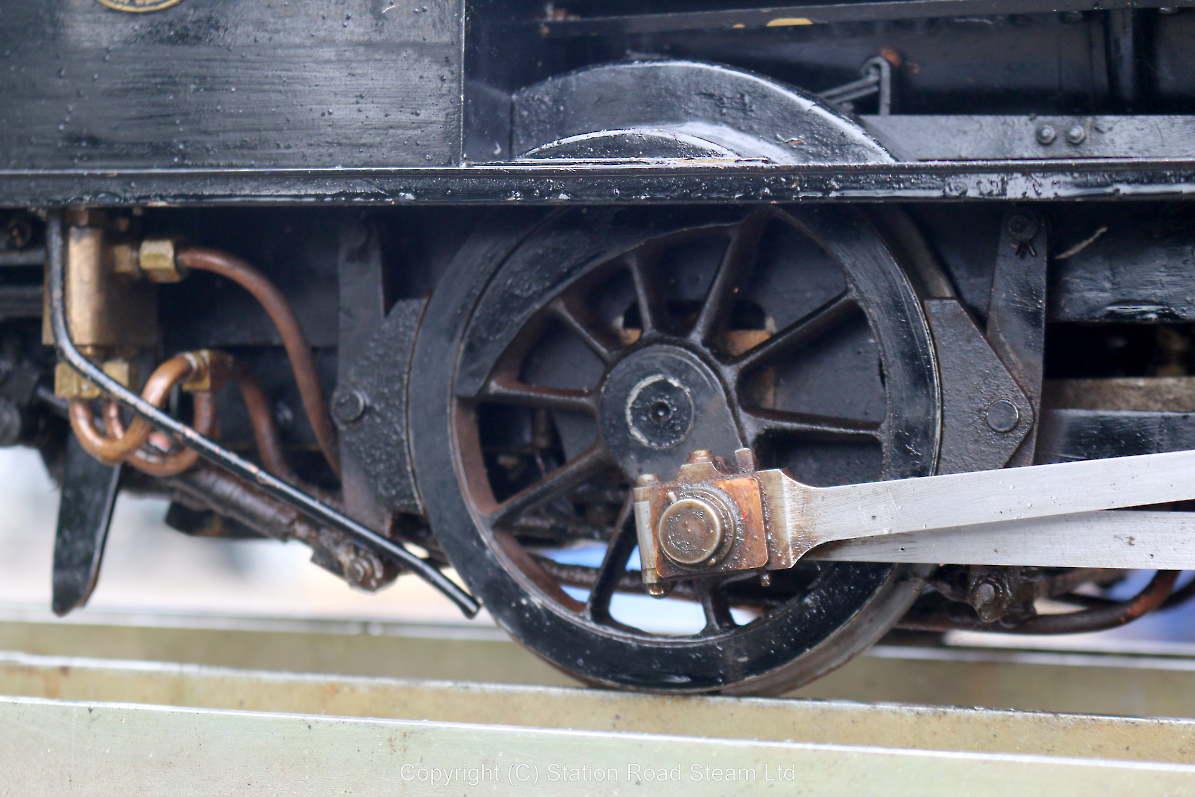 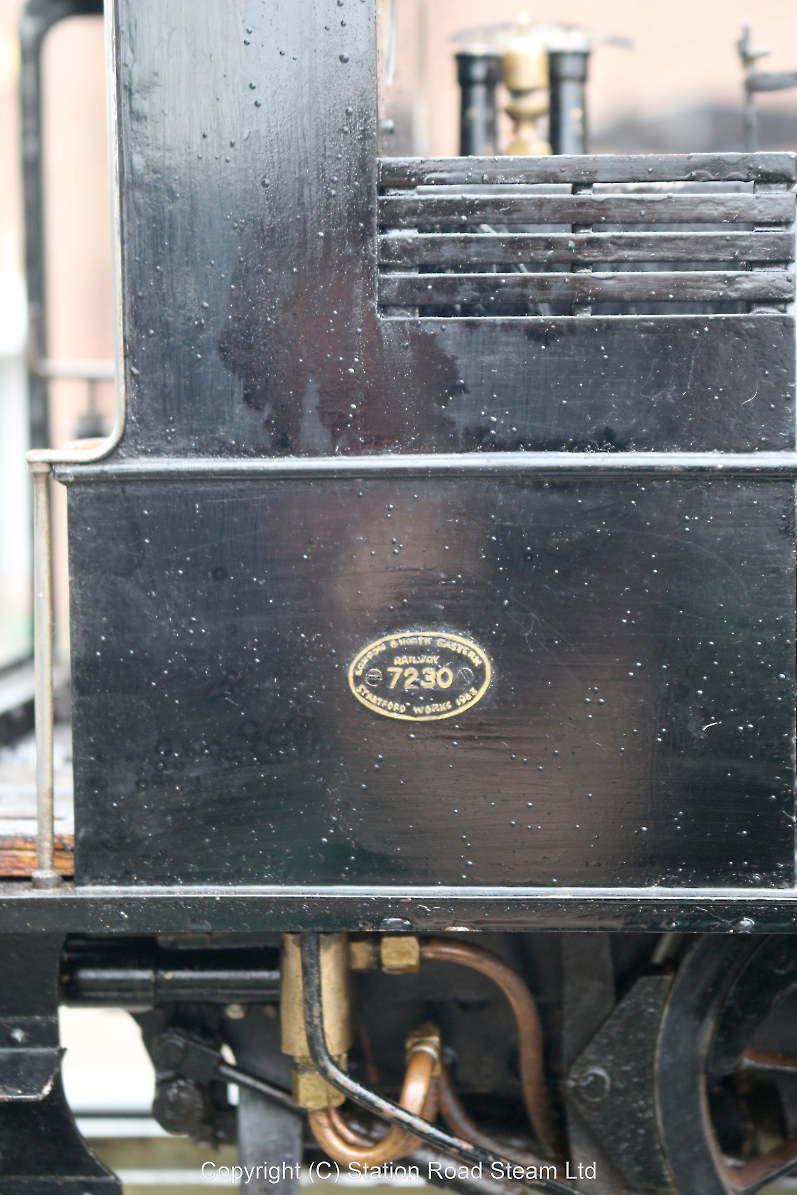 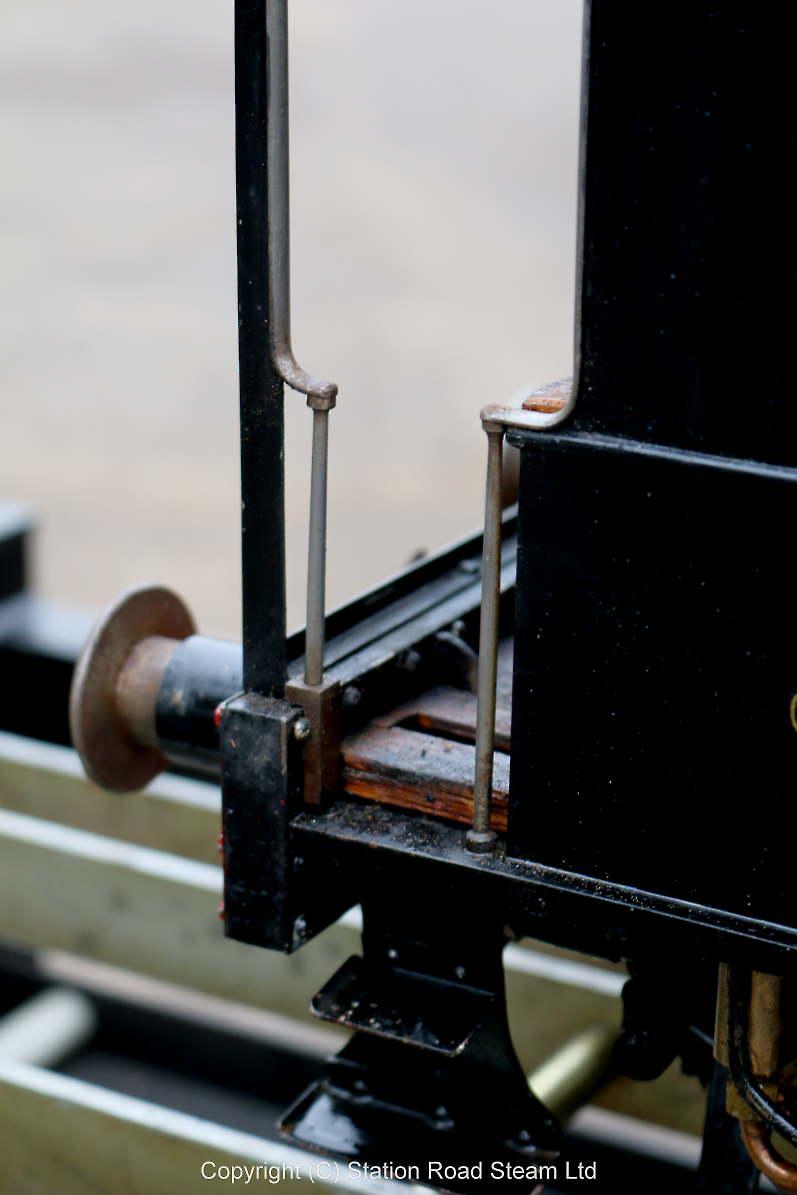 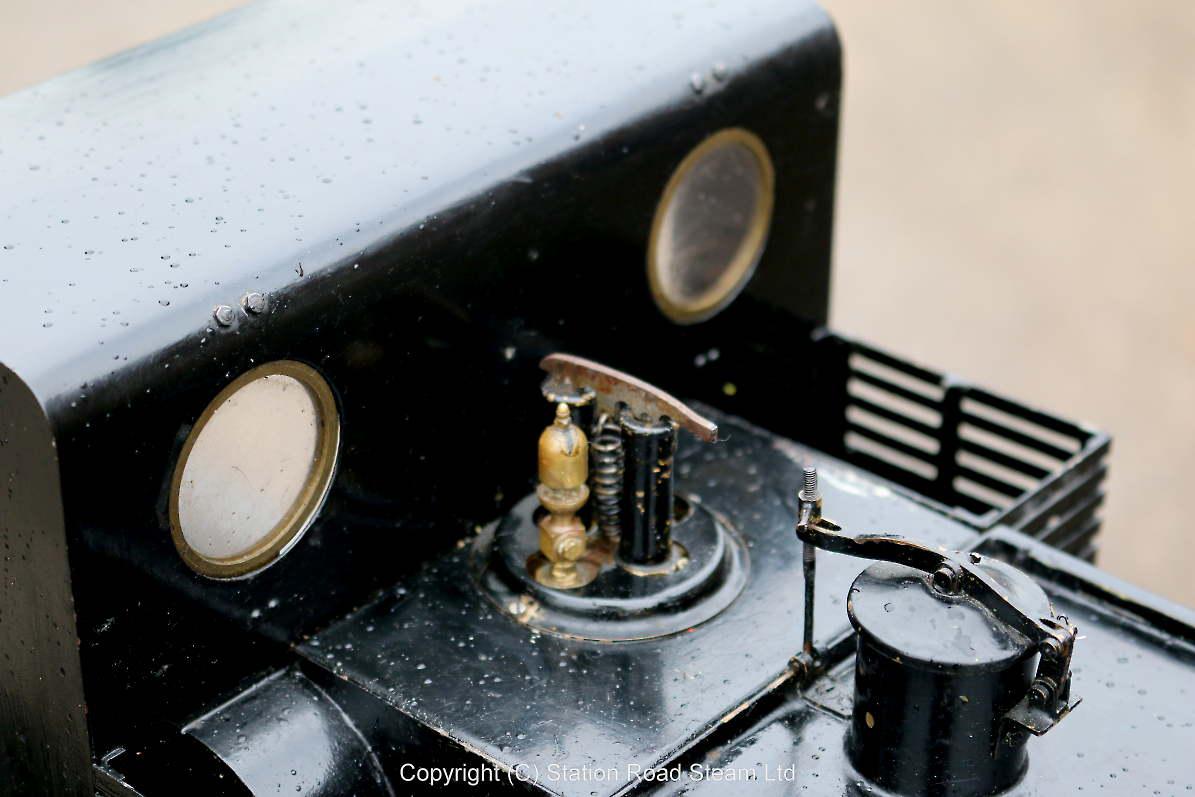 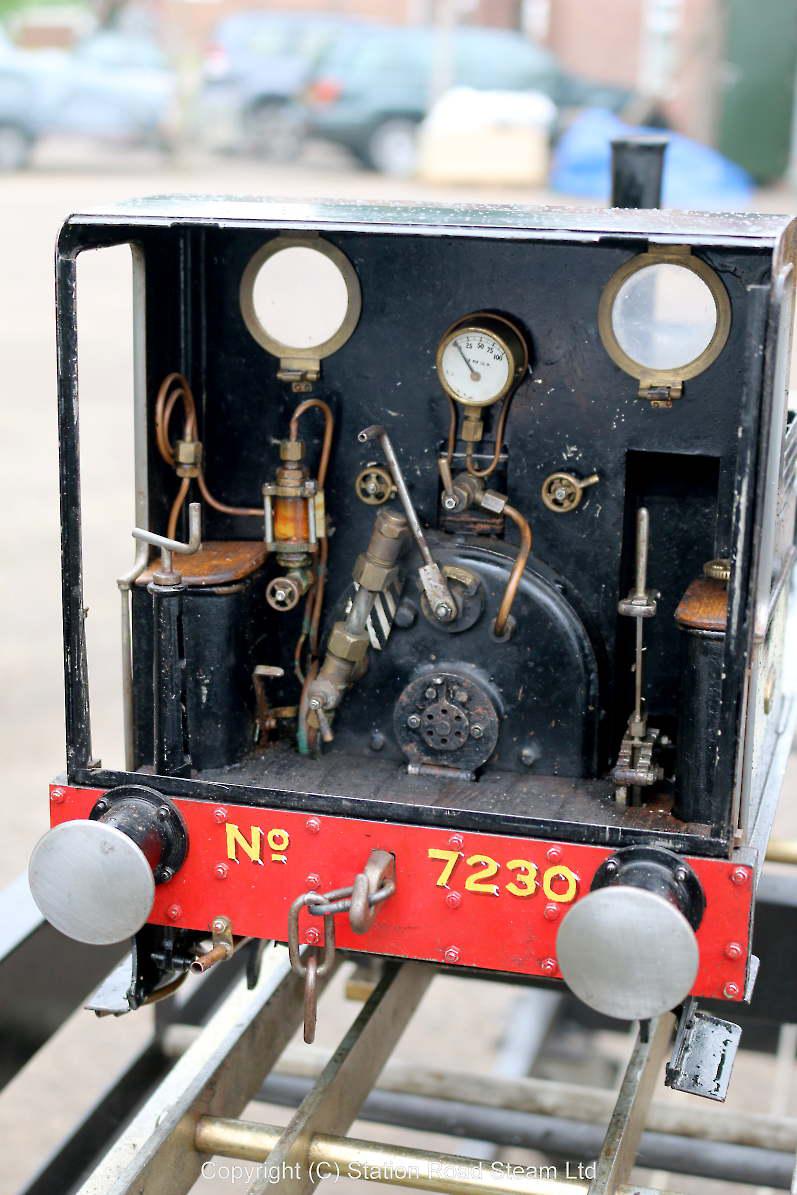 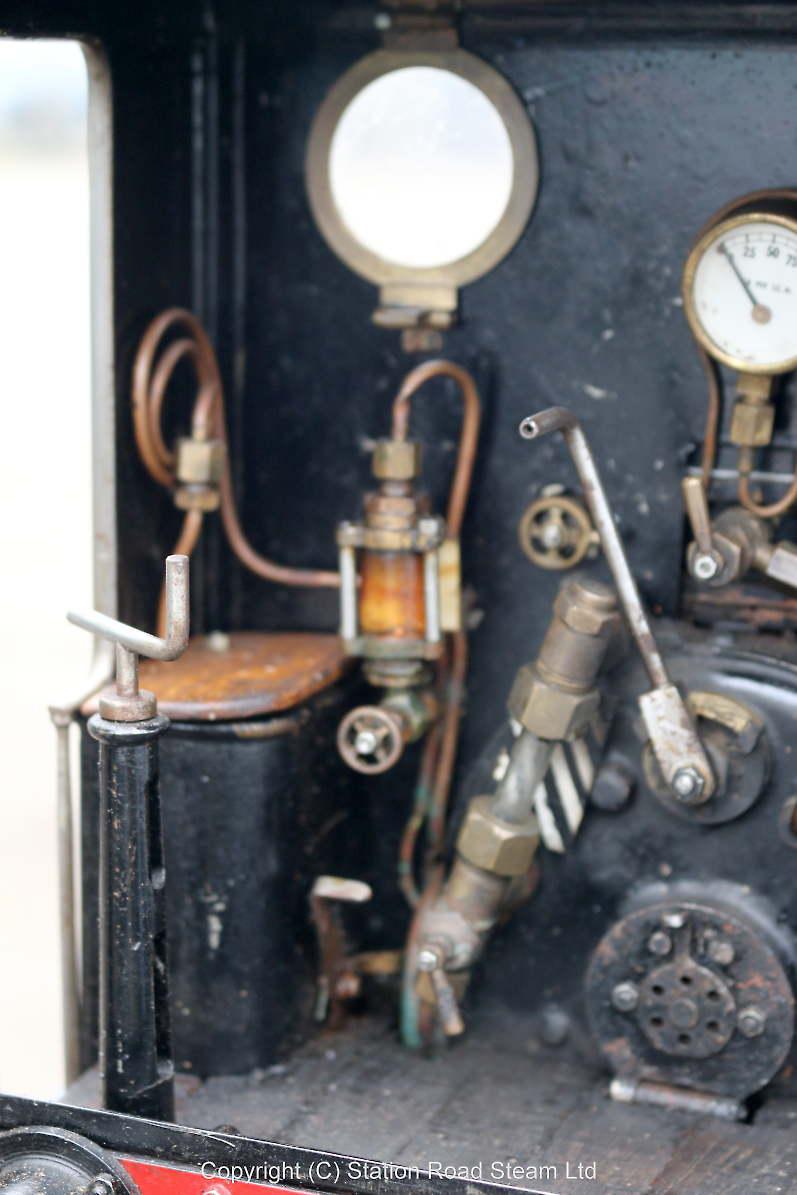 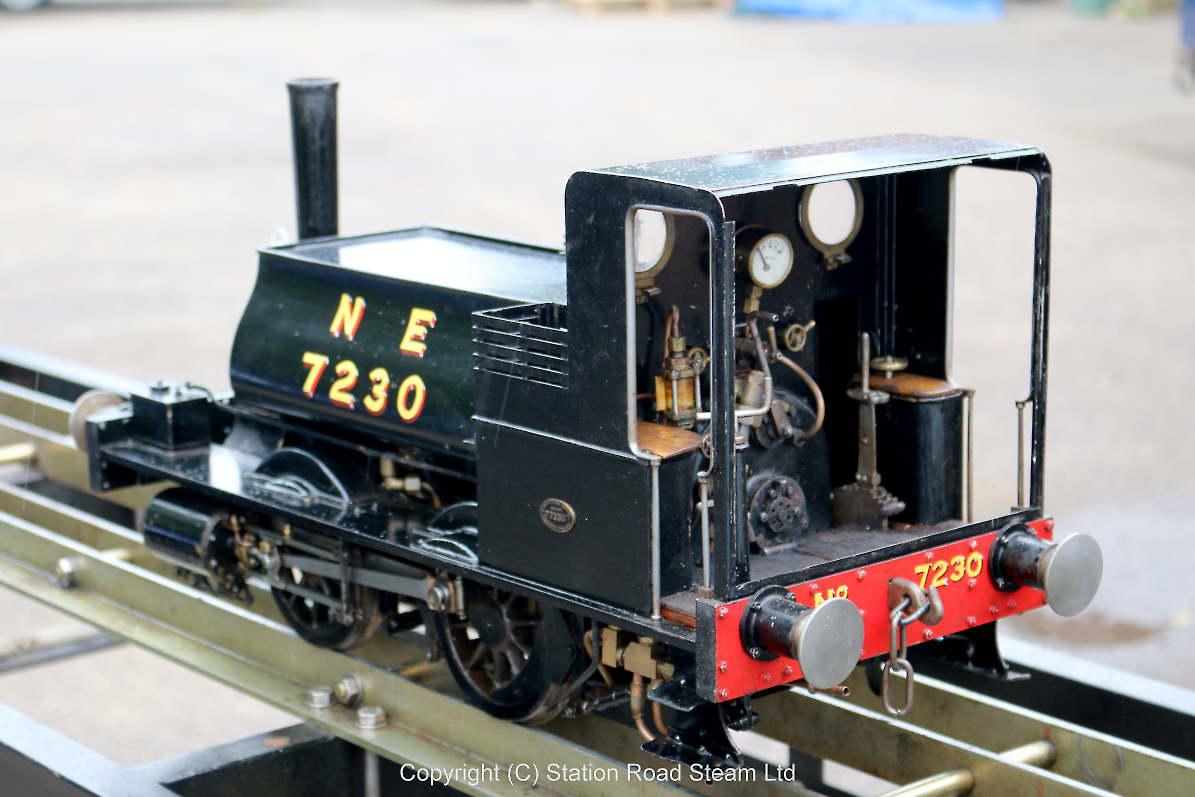 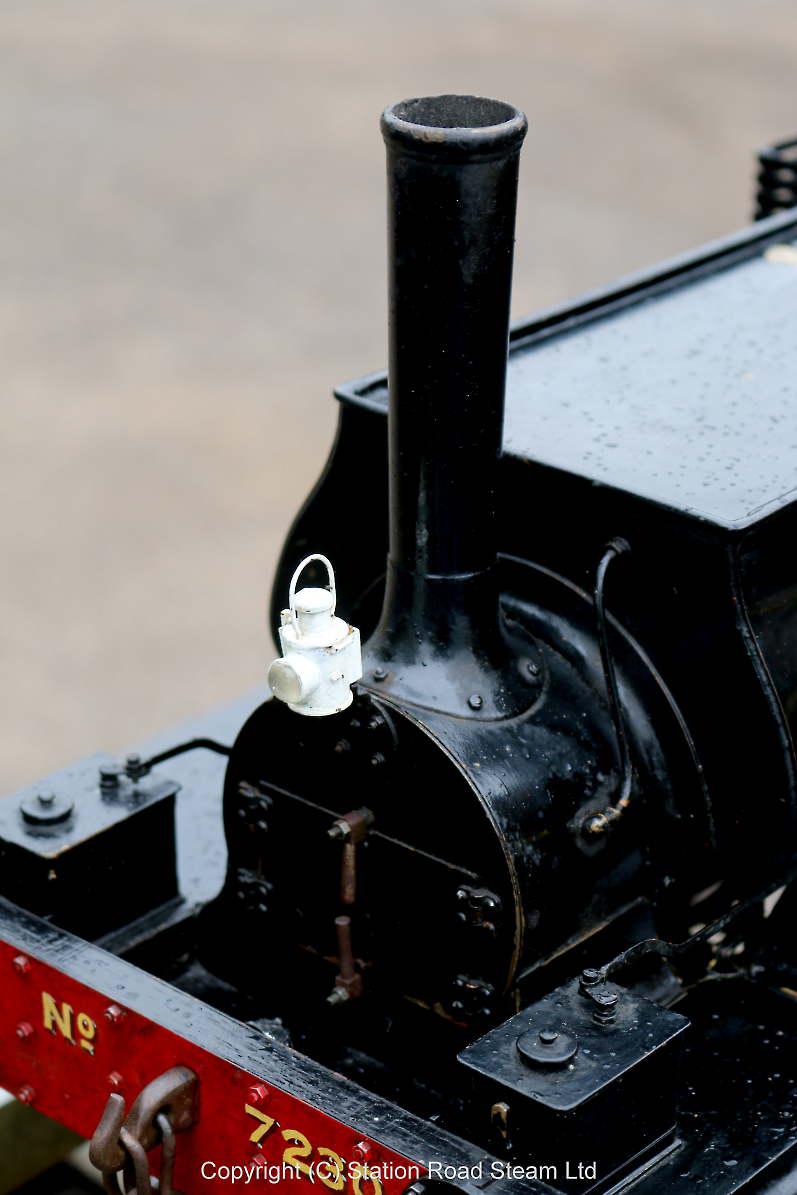 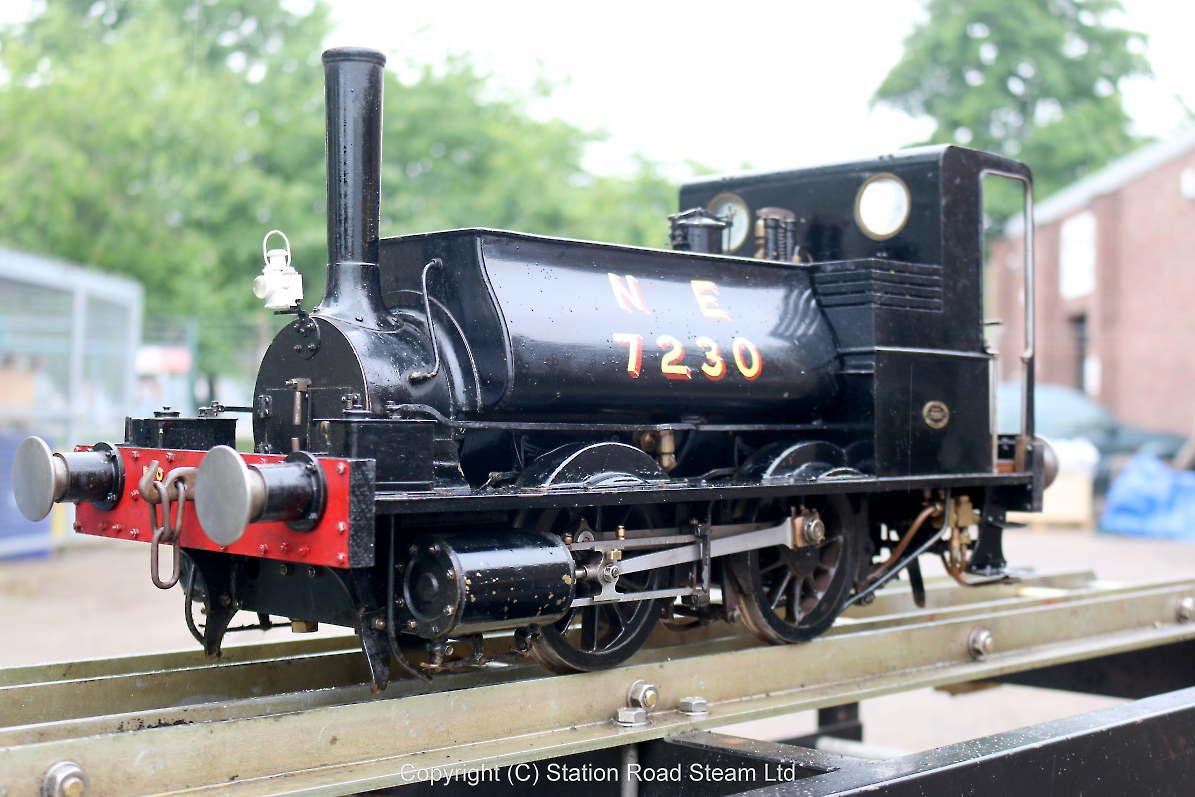 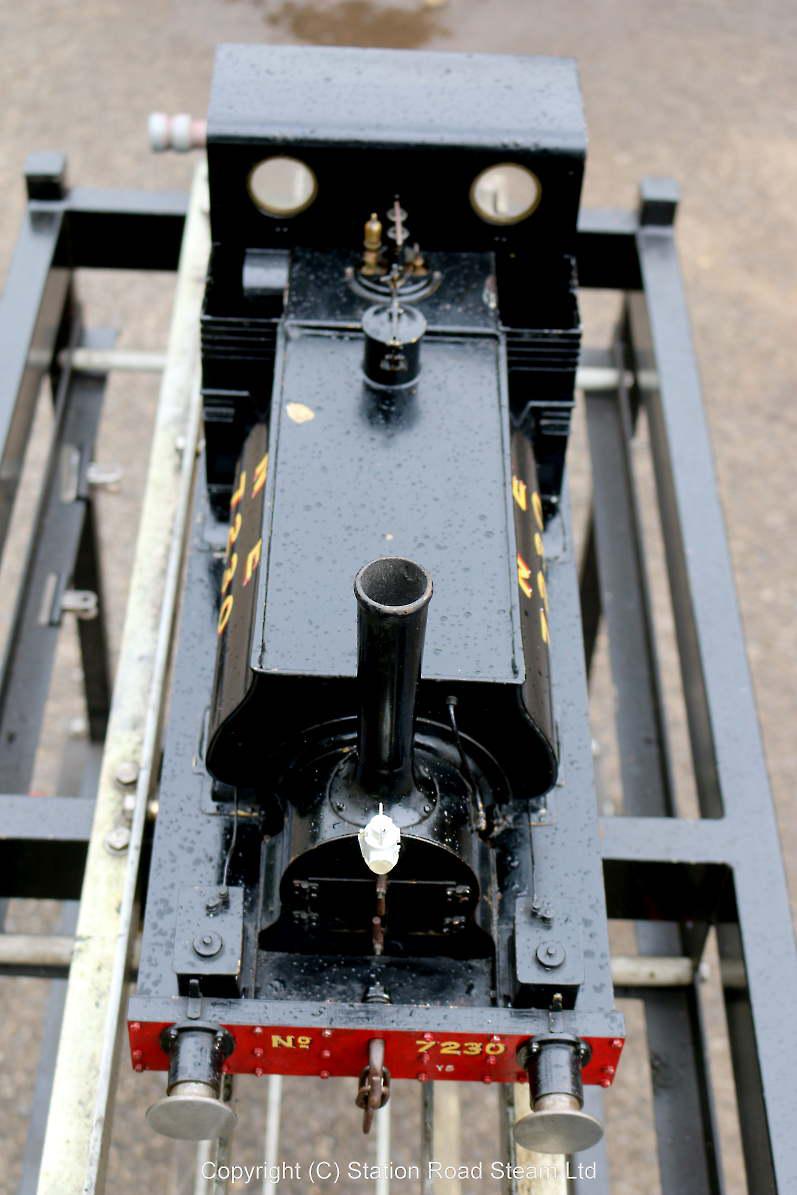 In 5 inch gauge, engines don't get much smaller than one of the little Neilson 0-4-0 saddle tanks - a class of eight engines built in the nineteenth century, four by Neilson, four at the Great Eastern's Stratford works. This is an older model which has, until recently, been running around on the owner's ground level garden railway (makes my neck ache just thinking about it). The engine has been well used and the paintwork is tired, however underneath is a well-built and finely detailed locomotive which, barring a completely obtuse injector, impressed us with the way it ran (albeit requiring very small fingers).

Silver soldered copper boiler, 80psi working pressure, feed by injector (which has a mind of its own), axle pump and hand pump (which happily don't). Cast iron cylinders with slide valves actuated by Stephenson's gear with pole reverser in cab. Sight feed lubricator. There's a detachable back sheet for the cab which avoided being photographed, but it's similar to the front sheet, with a pair of brass-framed spectacles.

I think it's a lovely design - we all gathered around it thinking what a nice thing to build scaled up, until you realise that even in 15 inch gauge it would only come out the size of a medium-sized coffee table.