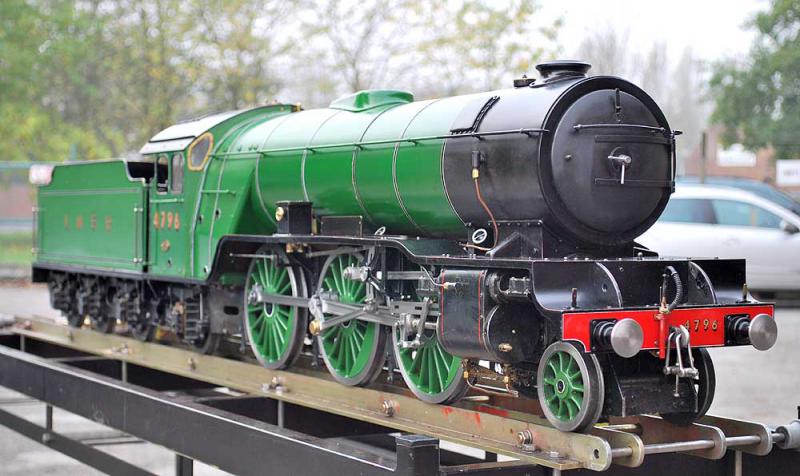 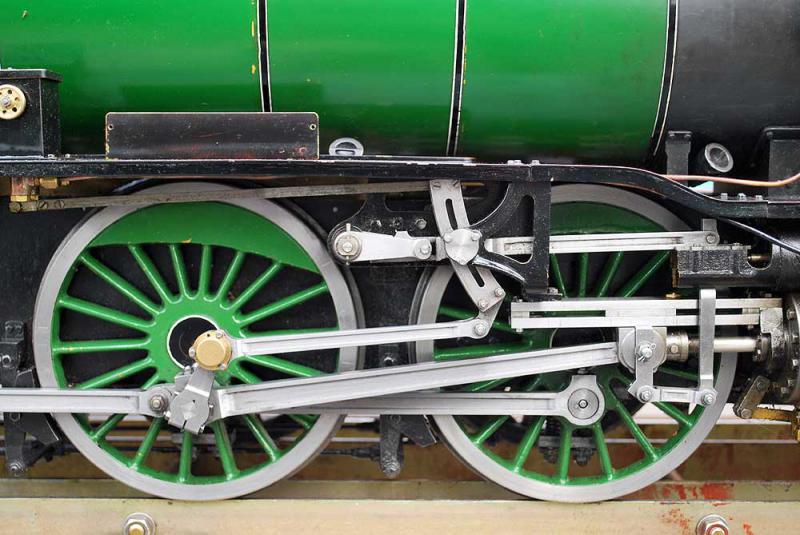 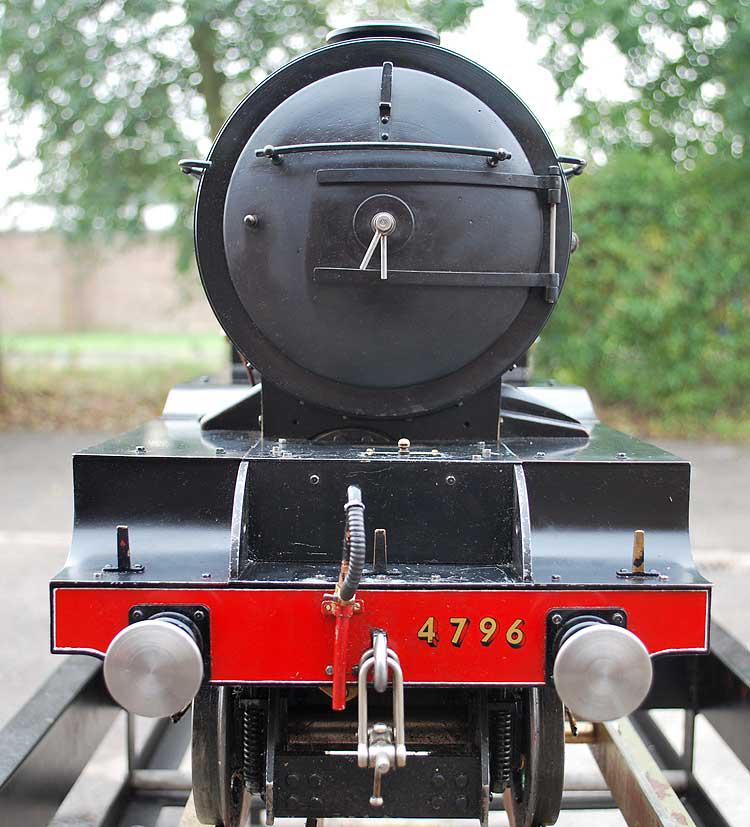 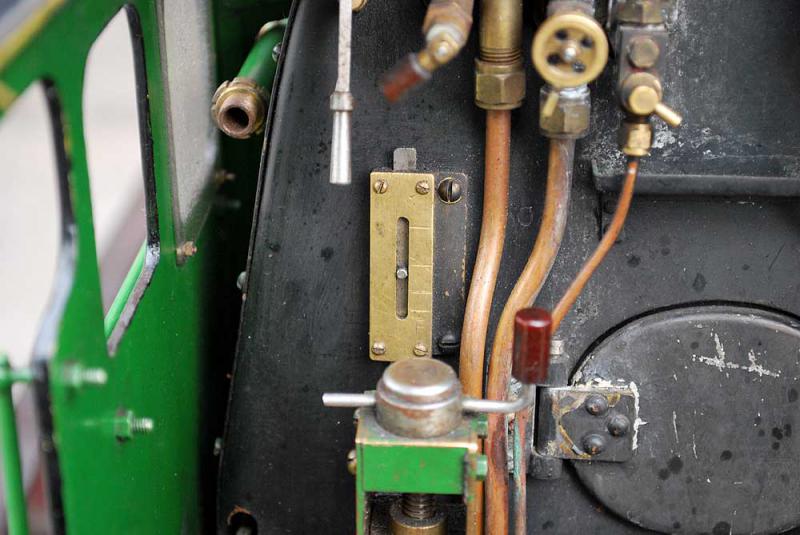 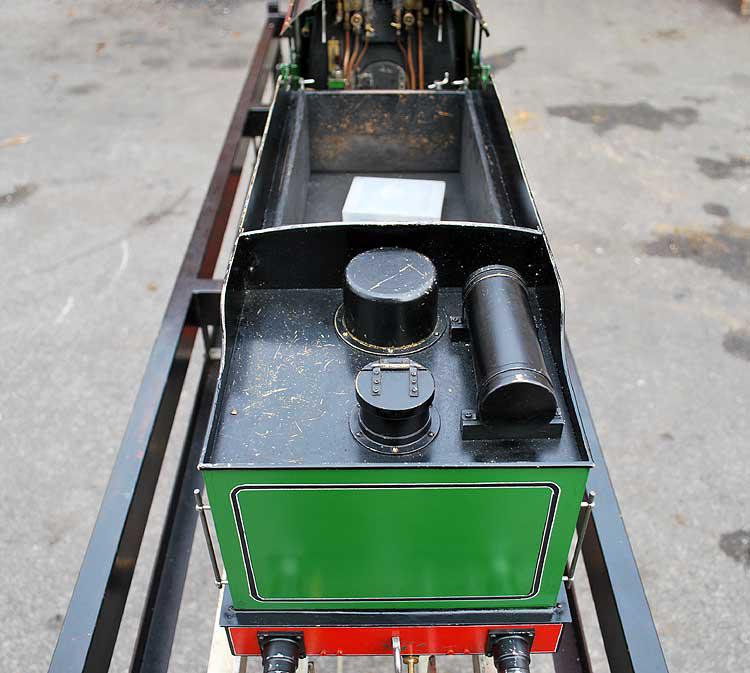 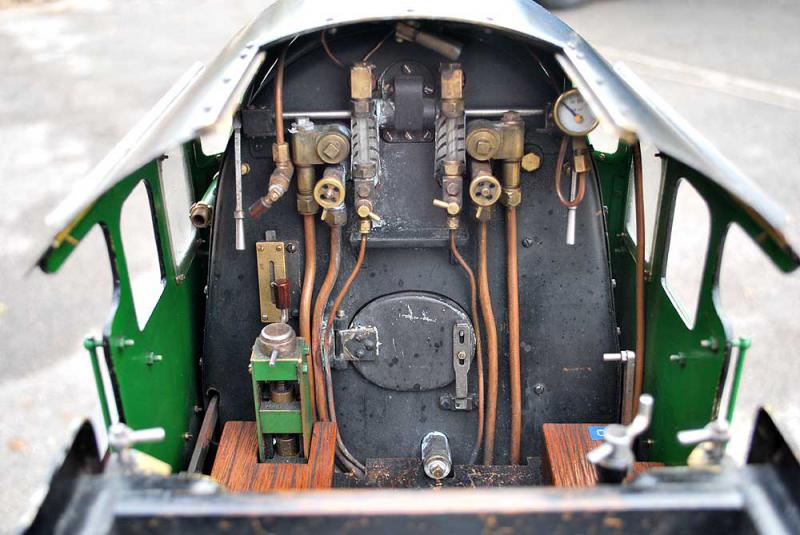 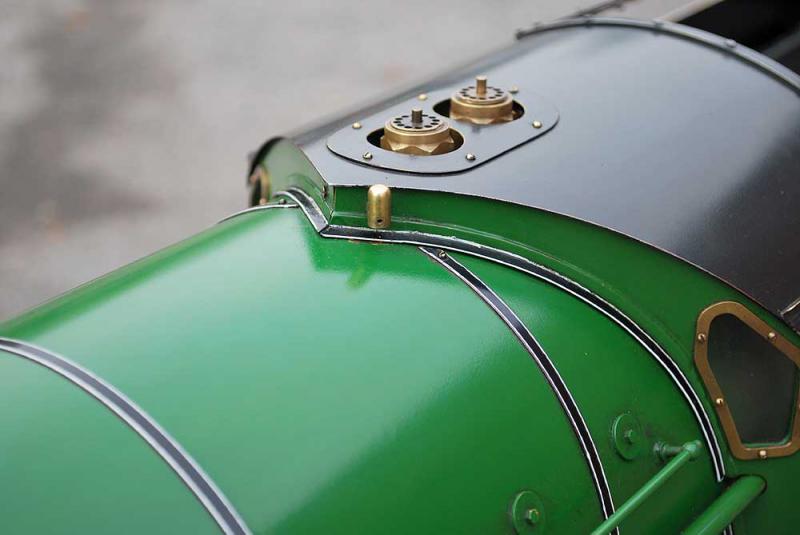 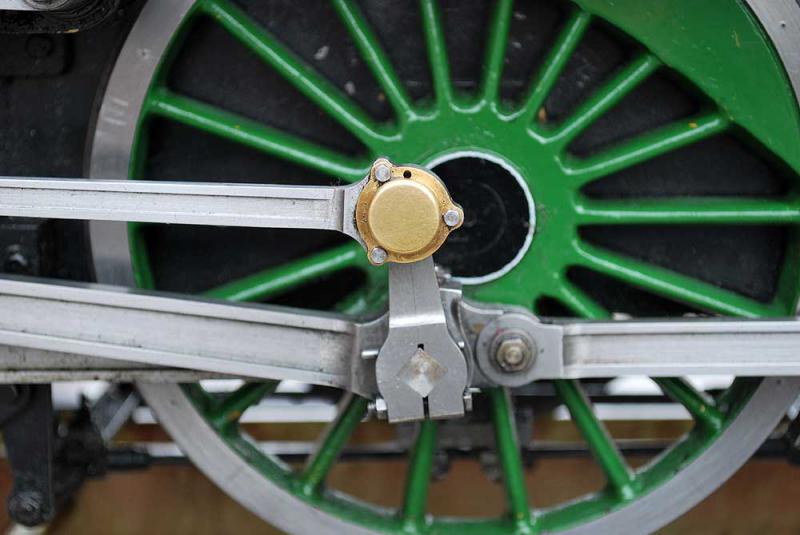 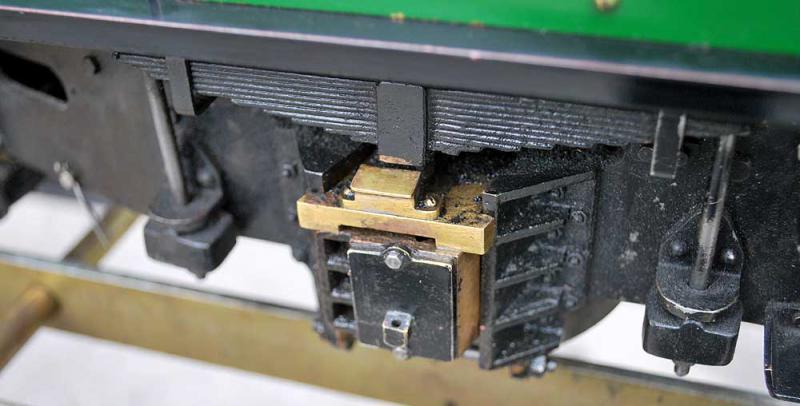 I sold this engine back in August 2006, having bought it from the builder. Since then its had occasional use at Gilling, whilst sharing a stable with the Britannia Lord Hurcomb, Percy Woods IMLEC-winning J39 and a beautifully-made L&Y tank. Its now come back South, in exchange for the 7 1/4 inch gauge B1 Mayflower I had in a couple of month ago.

Condition is much as it was back in 2006, with new hydraulic and steam tests done yesterday when the boiler inspector was here (on what, it must be said, was the most miserable day weve ever tested on it bucketed down with rain for the afternoon whilst Steve dashed about outside trying to keep engines sheeted own).

In the intervening three years, the builder parted with the Ajax he had just finished at that time, has built a 3 1/2 inch gauge 9F and is now working on a radical re-work of a GR Metro. Steve, who those who have visited the workshop here will have met, is current owner of the GWR Hall a bautiful engine which he keeps in A1 order, Sam and I were lucky enough to have a drive of it when we visited the club a couple of week ago (and had a chance to chat to the builder again as well).

Words below are from the 2006 listing, photographs were taken last week.

Designed by Sir Nigel Gresley in 1935, the LNER V2 went on to become a highly successful design, working both freight and passenger services throughout the region until withdrawal in 1960 186 in total were built, the first, Green Arrow, was presented to the National Railway Museum and has, until recently, run on the main line. Coming nearly ten years after the first A3s, the V2s had the same three cylinders and conjugated valve gear layout of the Pacifics and similar lines.

This engine was four years in the building, the work of a skilled modelmaker who built his first engine, a Maisie, over forty years ago since when he has completed many engines (including a fine GWR Hall). Completed in 1999, the V2 has seen little use its sheer size has tended to deter the builder from taking it out (which was largely the reason for going on to build an Ajax, his current club drive). Intended as his magnum opus, a high note on which to finish, he has now decided to clear the decks in the workshop and get cracking on a Standard Class 4.

Copper silver-soldered boiler with superheaters, feed by twin injectors, working pressure 90psi. Twin soft-pop safety valves. The builder has used a great deal of ingenuity to allow removal of the grate and ashpan from beneath, the grate coming out in a single piece which is unusual for these wide-firebox engines (which are usually a swine to clean out after a run). Refitting when cold is easy, the grate latches over a fixed pin and is retained by a removeable pin.

Three cylinders, piston valves actuated by Gresley-Holcroft valve gear with screw reverser in cab. Two mechanical lubricators mounted on running boards the offside pump is a twin ram unit feeding one outside and the centre cylinder, the nearside feeds the other outside cylinder. Axleboxes have extension oiling tubes running up the inside of the frames, making chassis lubrication much easier. Cast iron driving wheels with steel tyres, rear wheels working in Cartazzi truck as per prototype. Axleboxes are spli bronze with felt pads beneath.

It runs very well, similar to drive to the A3s I have had, which is probably unsurprising. The exhaust note is distinctive with its six beats per revolution, the large firebox carries a deep fire and the boiler makes steam quickly. After a couple of laps of the club track to warm through, the pressure gauge sat around 90 pounds for the rest of the afternoon - getting an injector on before coming into the station kept the safety valves under control. The engine is steady on its feet pulling away and, with slightly smaller wheels than the A3, accelerates well.