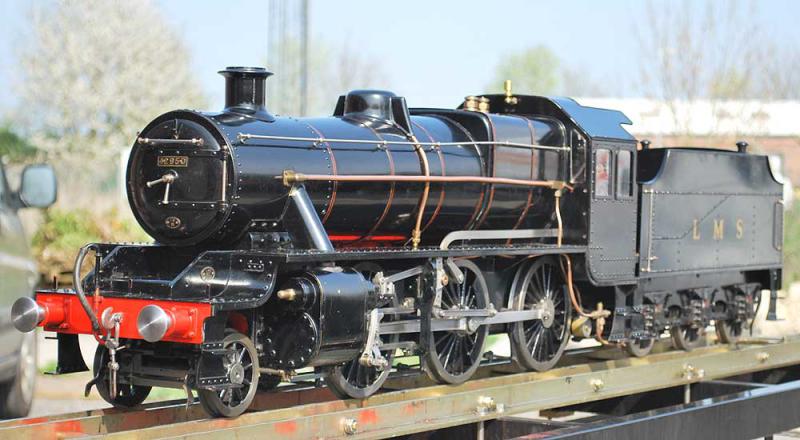 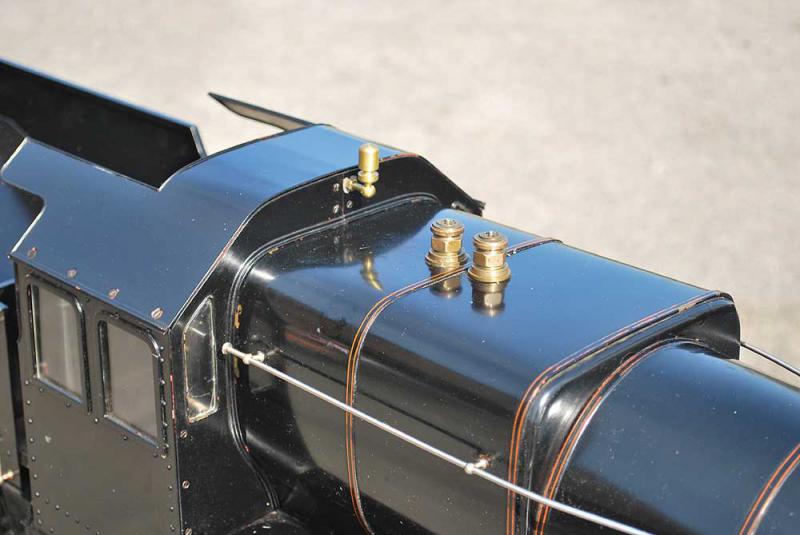 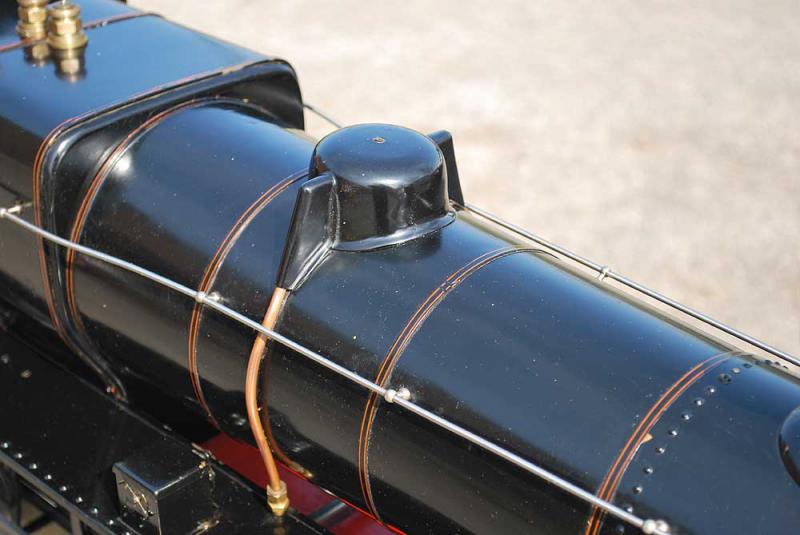 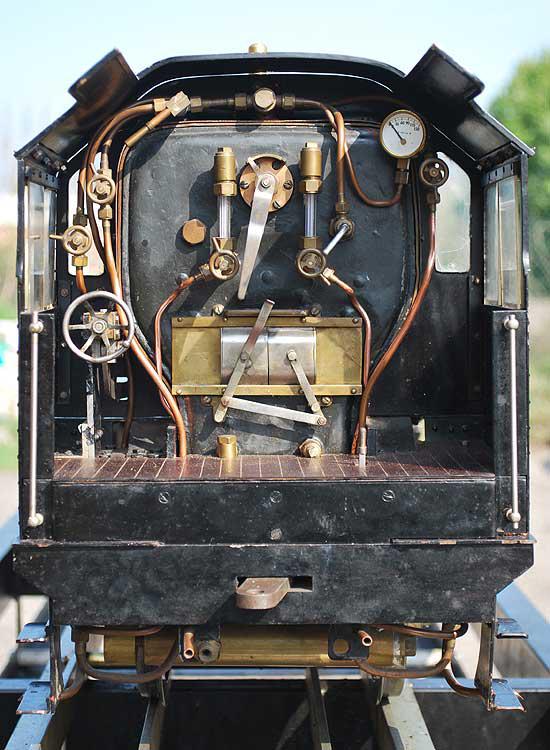 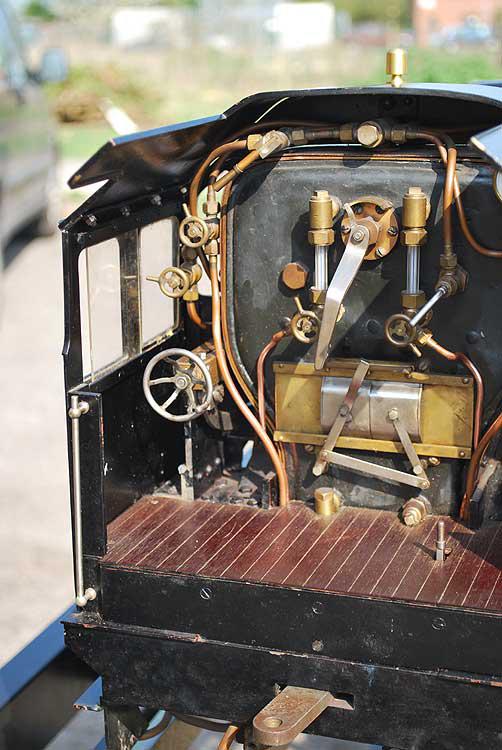 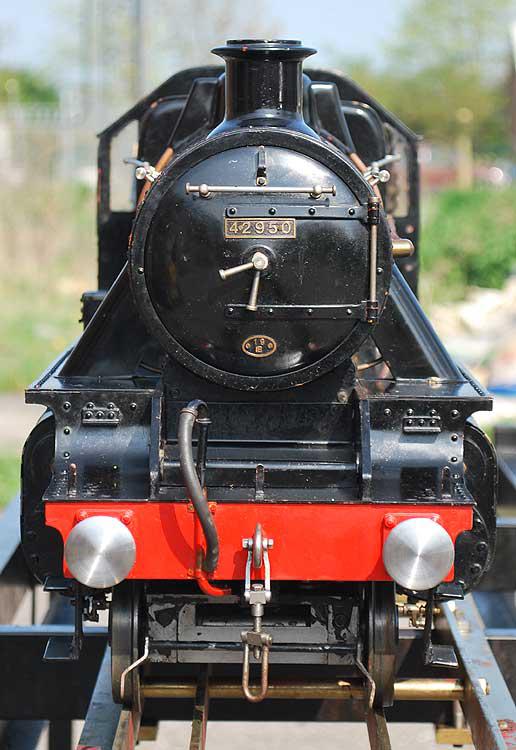 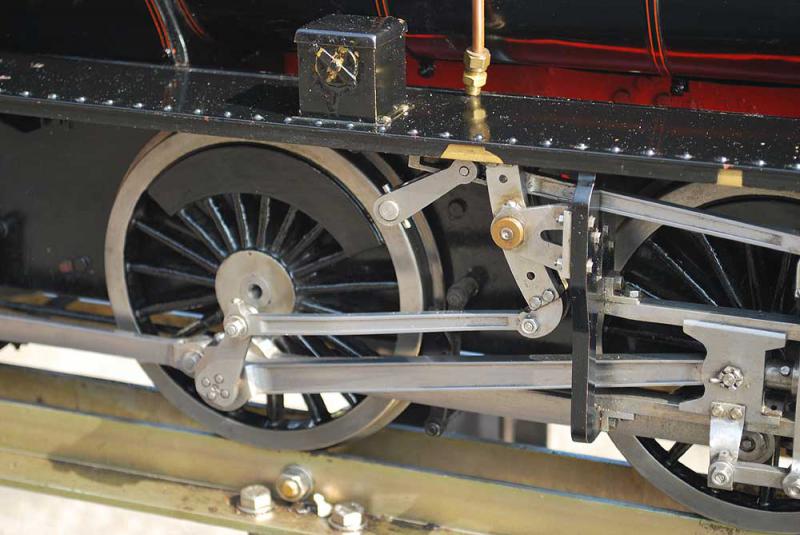 I've been nagged half to death about why this was listed as a project rather than a warrantied, running locomotive - as explained to virtually everybody who's called about it, pressure of work rather than some sinister failings of the engine have prevented us getting it in for a service and boiler test. Having had a day or two spare before the show, it's now done, we had it in steam for the boiler inspector a couple of weeks ago. Goes well, it's only been steamed three times in its life, paintwork is getting a bit tatty in places, build quality is good.

A Stanier Mogul, built in 1983 by John Horsfield, a talented and prolific builder - regular readers will remember his Manning Wardle "Taw" I had in a few years ago (which at the time was one of the heaviest 7 1/4 inch gauge engines I'd had in the van - it was a long, slow haul back up from Bristol).

Silver soldered copper boiler with superheaters, working pressure 100psi, feed by twin injectors with auxiliary hand pump in the tender - the tender vents at the rear are actually cunningly-disguised injector water valves, which puts them conveniently to hand. Piston valves actuated by Walschaert's gear with screw reverser in cab. Mechanical lubricator on offside running board.

The chassis has been plated out in steel underneath to increase adhesive weight - the locomotive weighs 155 pounds without the tender.

The boiler was hydraulic tested to 200psi when new, the engine was then steamed once using a gas burner for the initial club test. It was then stripped and painted, since when it has been on display indoors. It was built to a high standard, mechanically it is, obviously, in ex-works condition. Paintwork has some marks and flaking in places although entirely presentable as-is.

Half term this week so Sam has been in the workshop, he has cleaned the engine and run it on air - it goes beautifully, there's a clip of it here. Complete with a set of drawings and original club certificate.