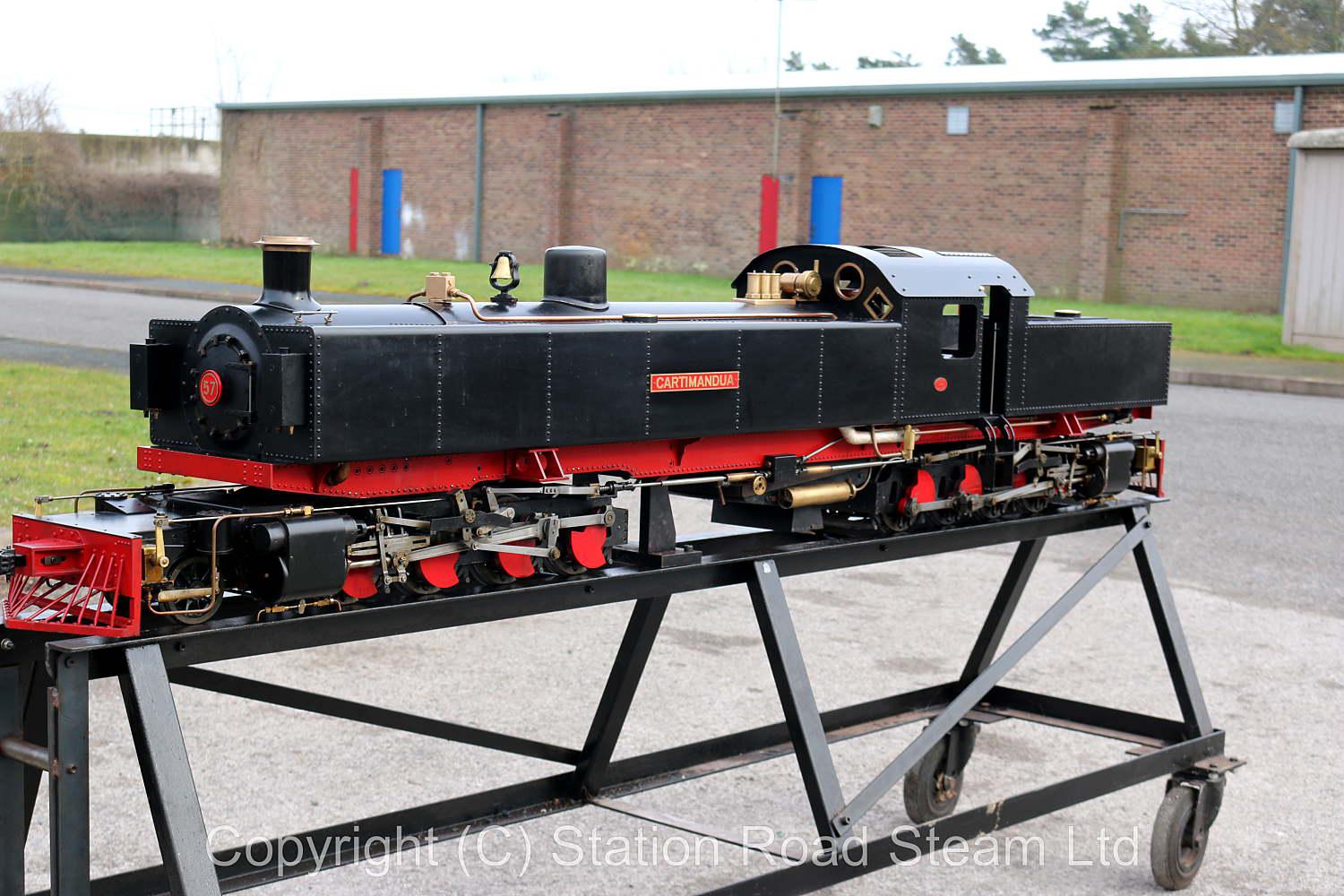 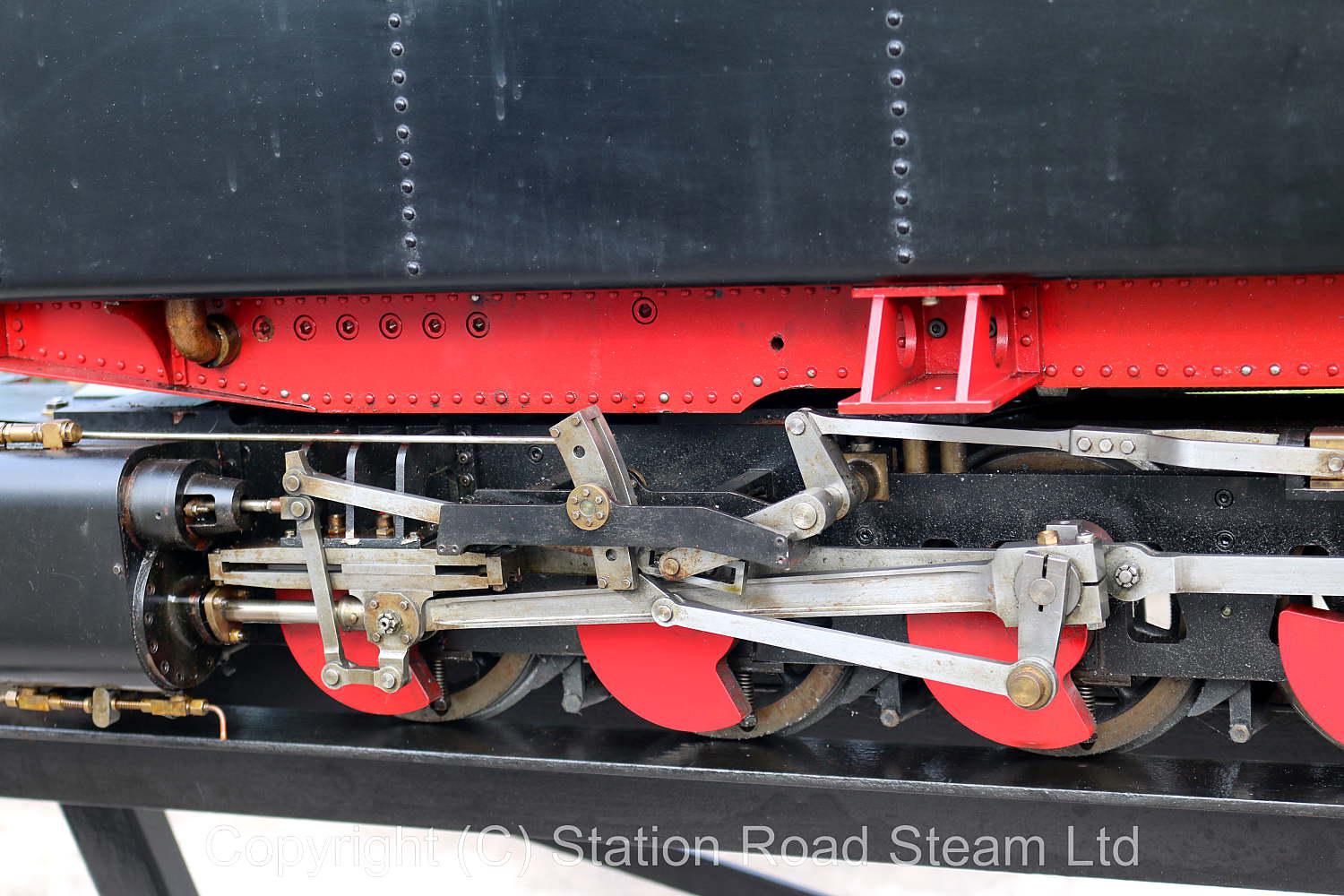 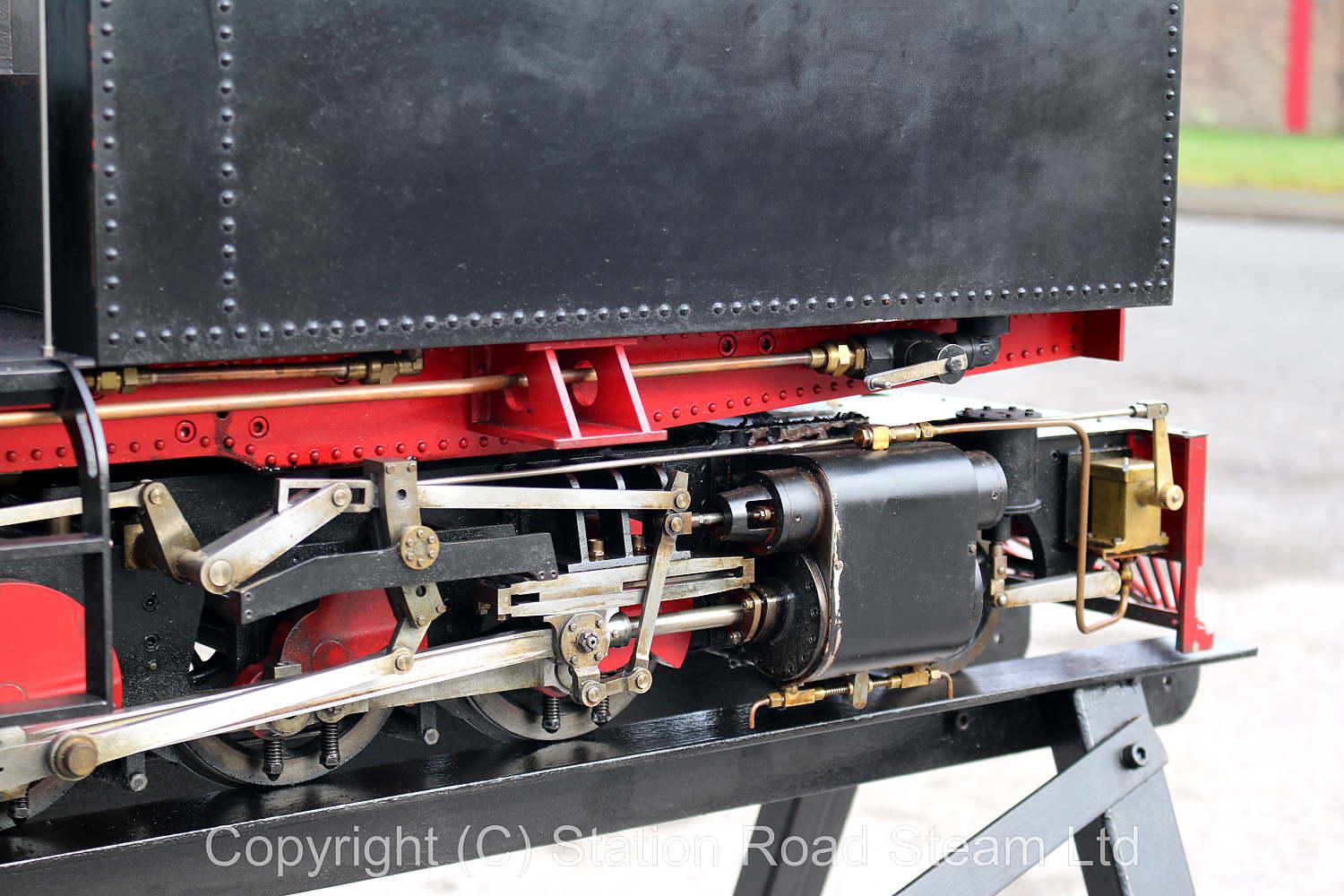 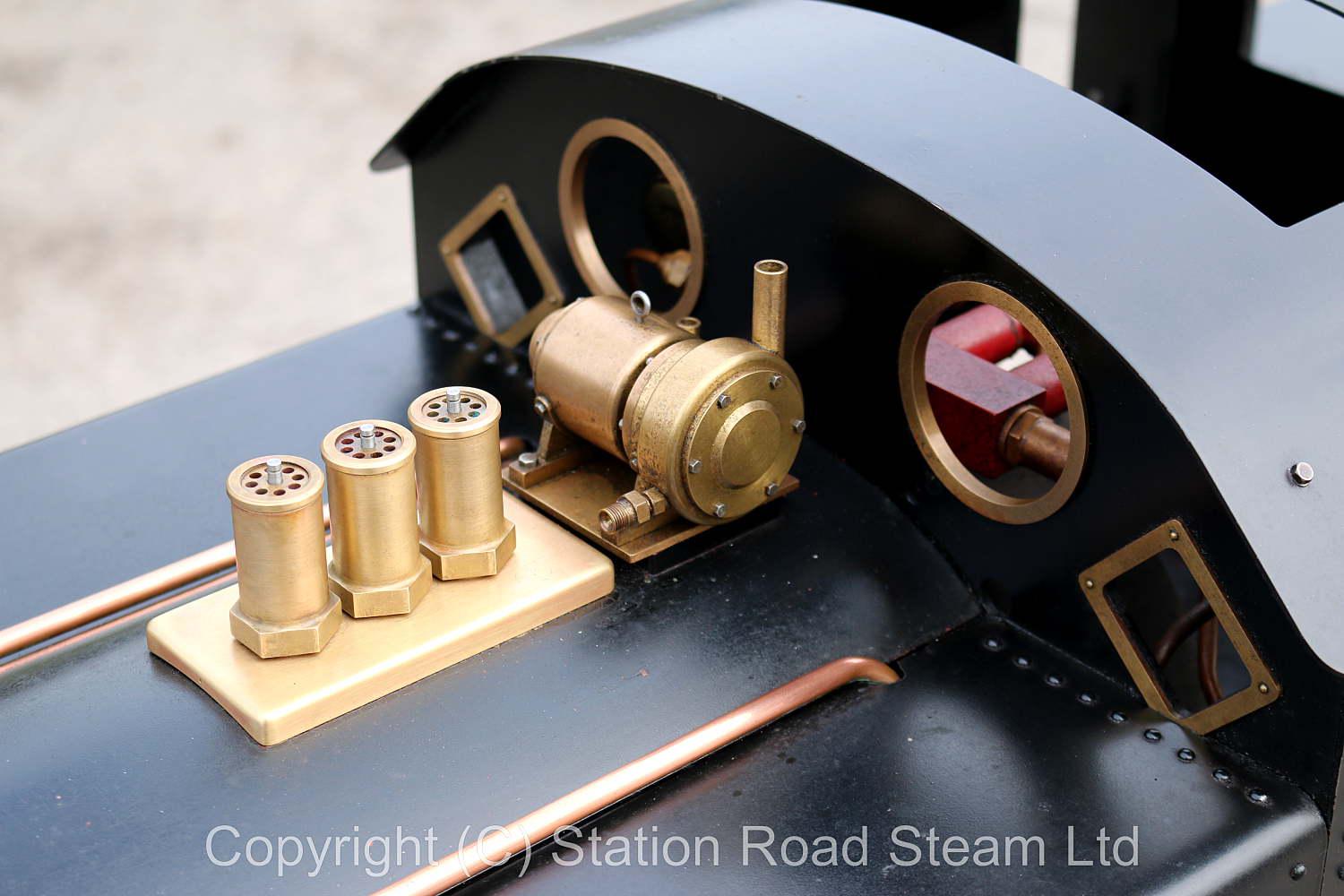 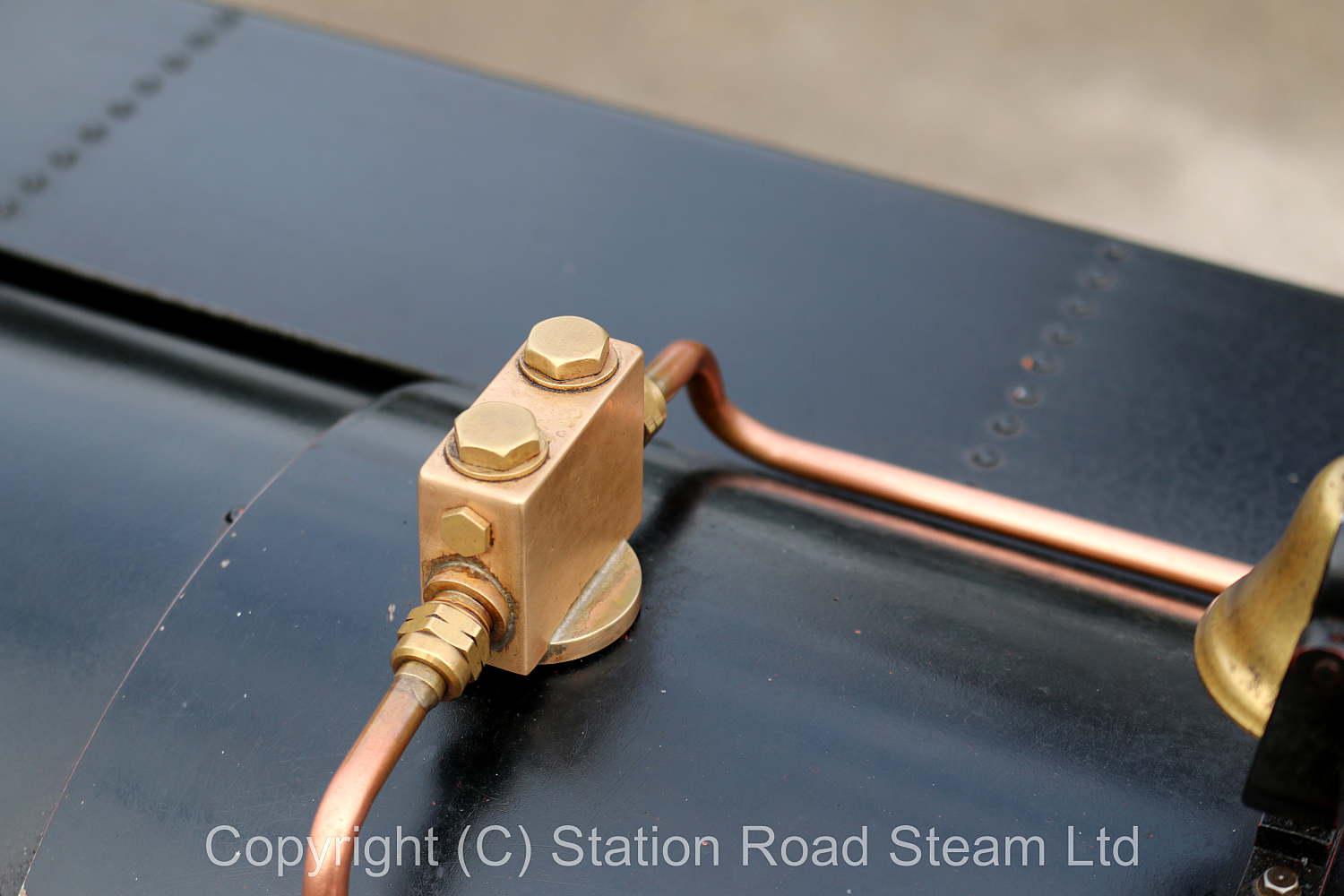 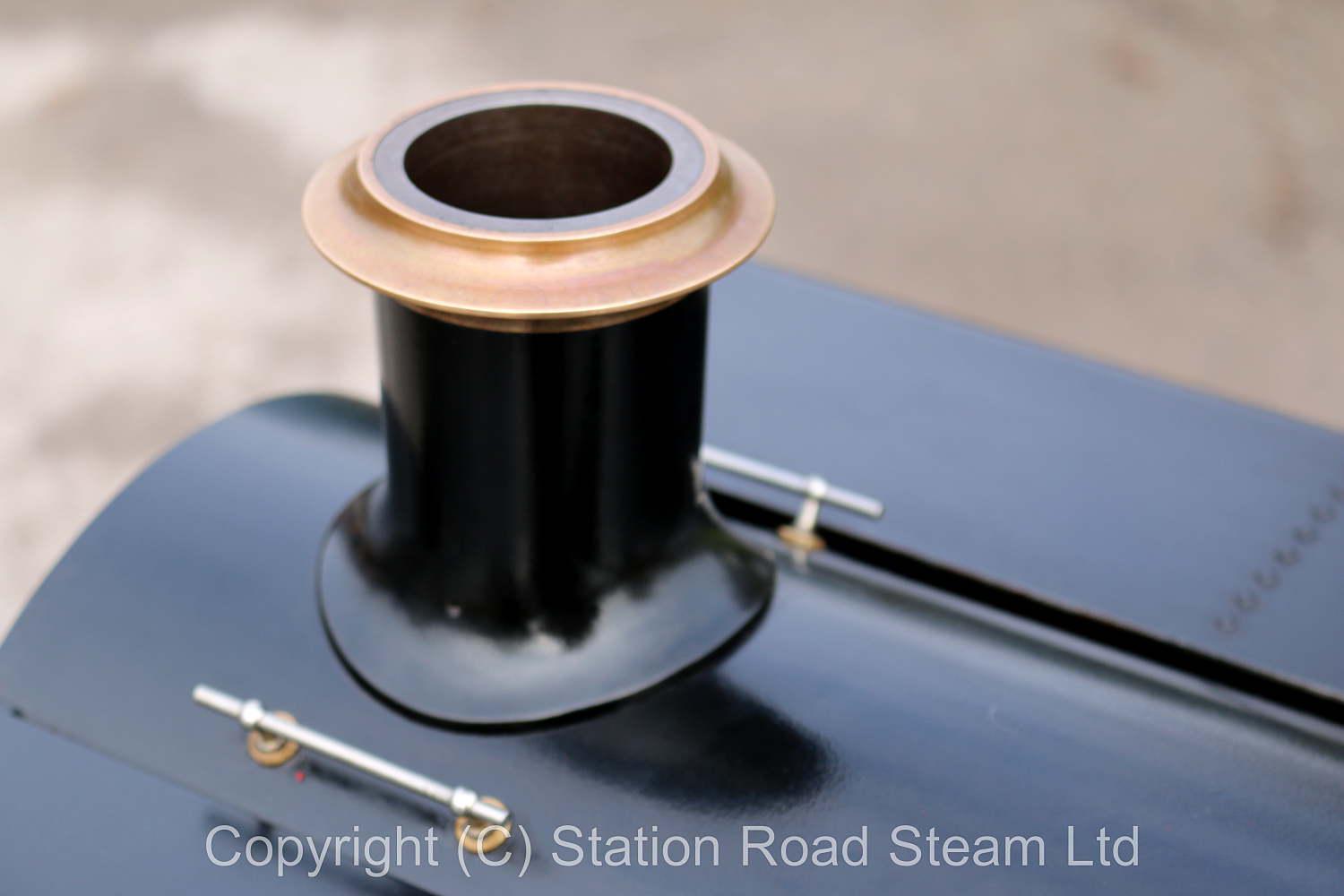 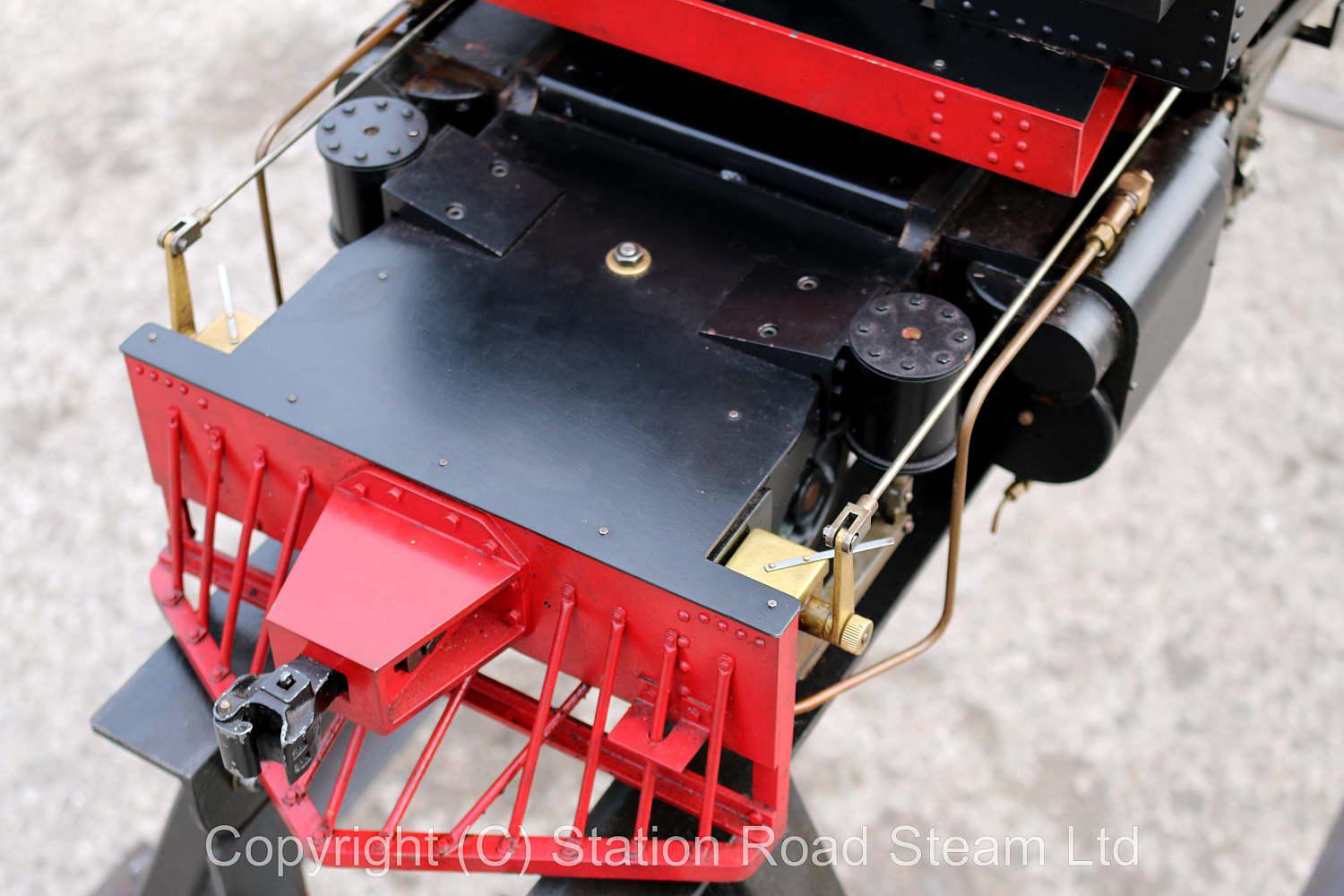 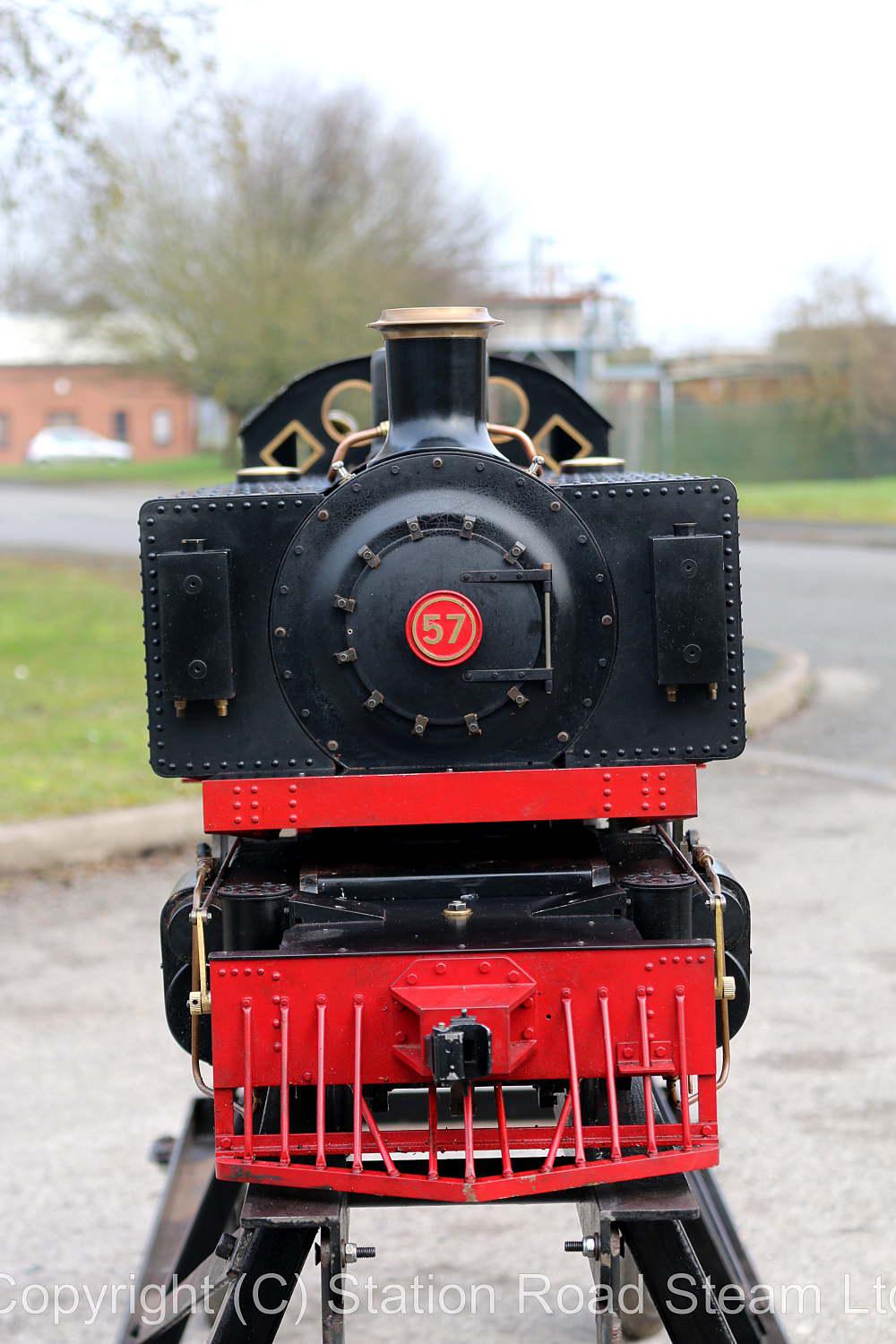 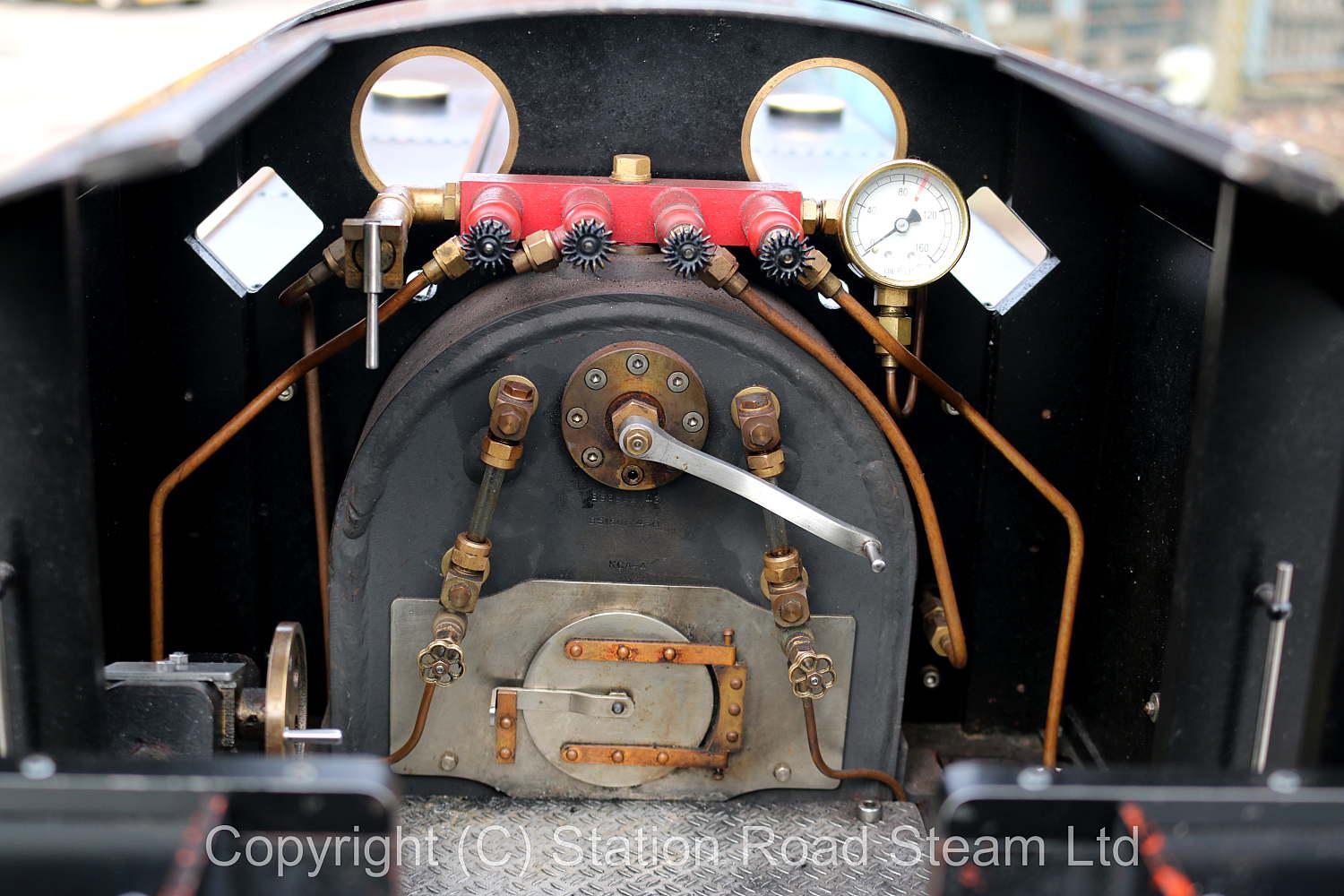 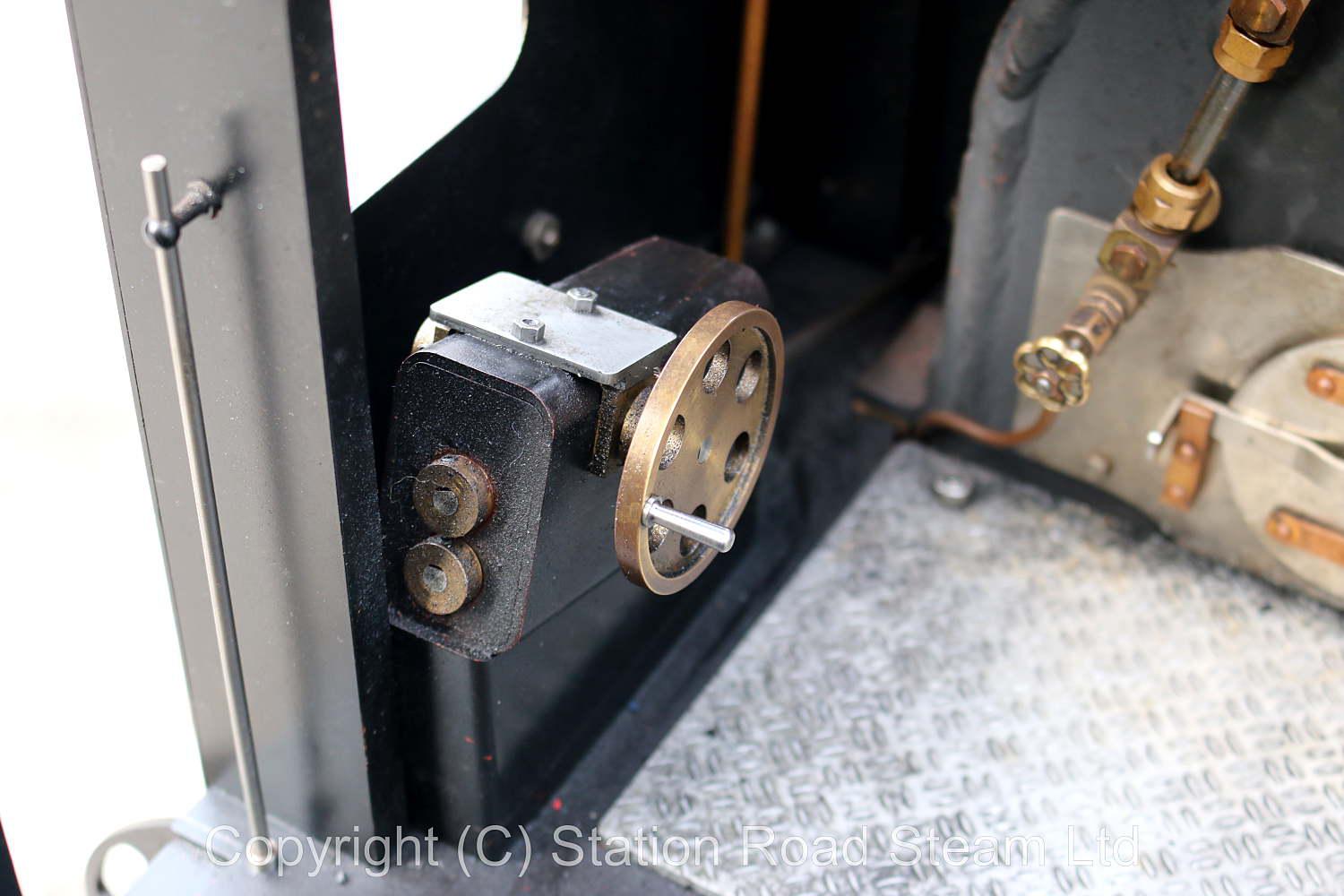 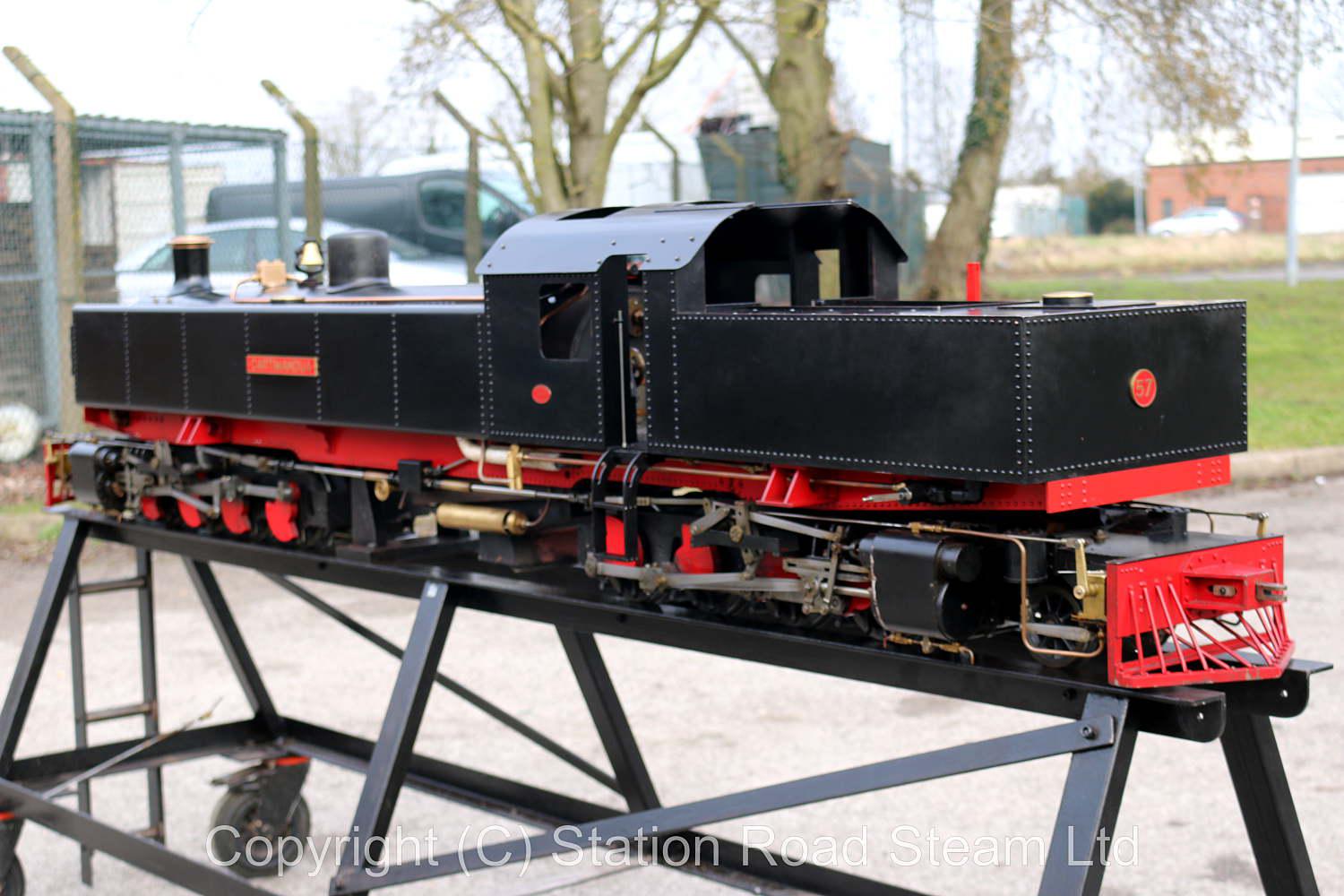 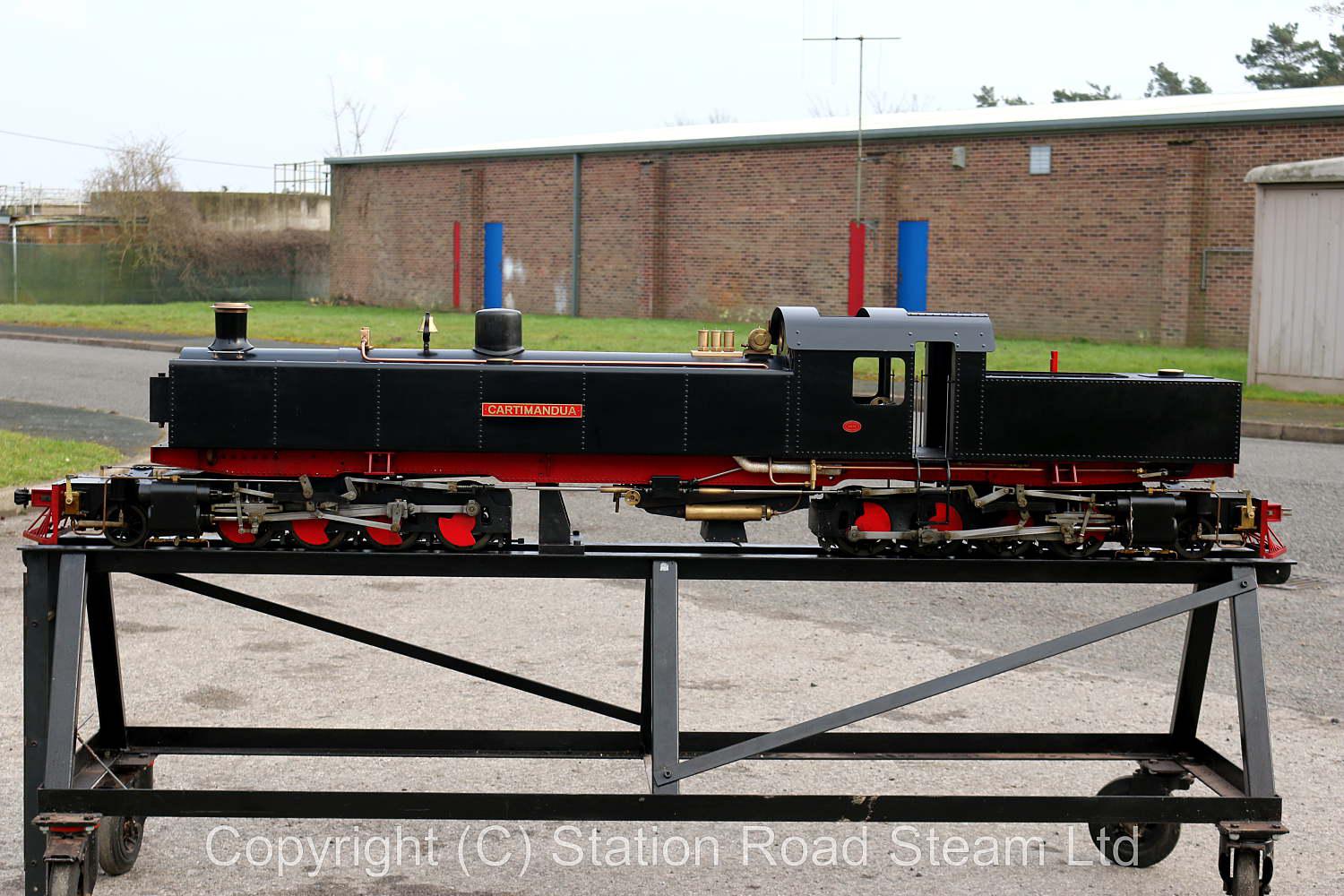 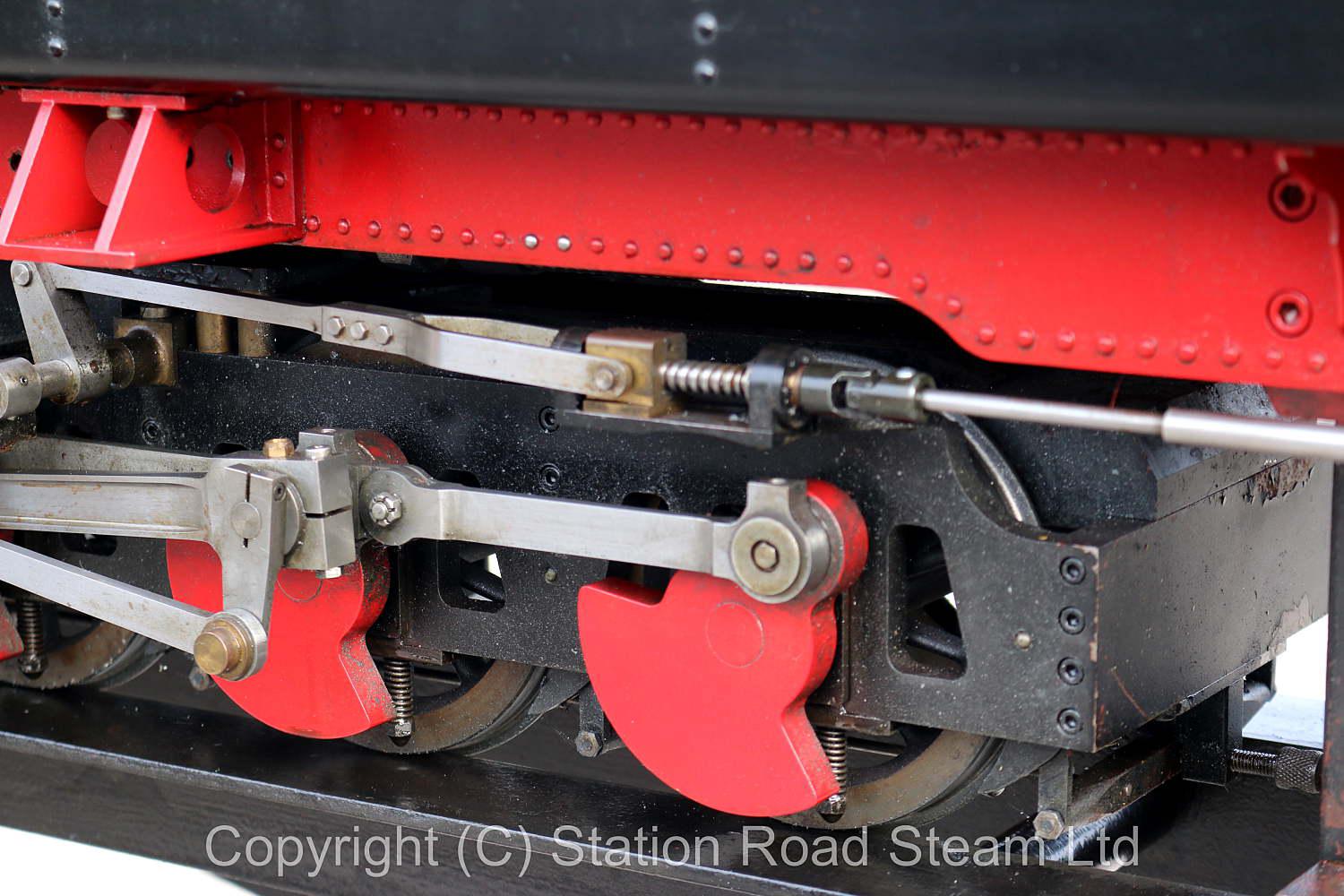 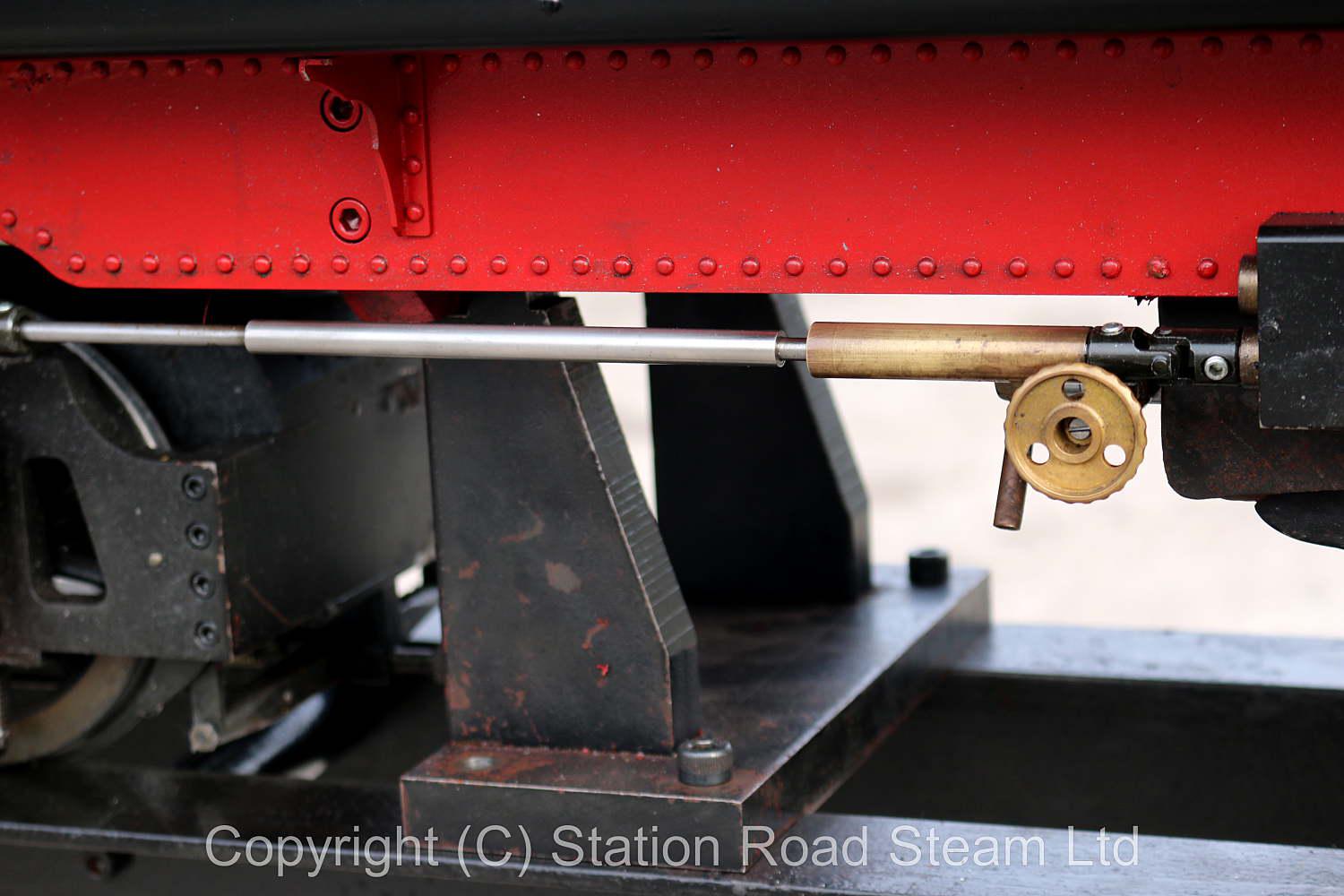 A Kitson Meyer 2-8-0 + 0-8-2 articulated locomotive, based on one of the two three foot gauge prototypes built by Robert Stephenson's for the Ferrocarriles Nacionales - in 5 inch gauge it comes out at eight feet long, weighing in at over 700 pounds. The work of a highly experienced builder, a long time IMLEC competitor (and winner in the past, with a superb 2-8-2 of his own design), the model took twelve years to research and build. Now retired from locomotive building - in addition to this locomotive and his 2-8-2, a 5 inch gauge Bulleid "Leader" is in his shed, again built from his own research, drawings and castings - he has moved onto traction engines, currently halfway through a 4 inch Foster which is shaping up to be a very fine engine.

Superheated steel boiler with expanded tubes, 100psi working pressure, feed by twin injectors with auxiliary hand pump in the tender. Three safety valves. Side tanks are dummies, water is carried in the rear bunker tank. Cast iron cylinders with piston valves actuated by Walschaert's gear, screw reverser in the cab, four mechanical lubricators. The cylinders were machined from 9F castings - with a working pressure of 100psi and slightly smaller wheels than a Class 9, limit of its tractive effort or adhesion has yet to be found. That's not to say the builder hasn't tried to explore its capabilities, there's an impressive video of it performing at IMLEC 2013 here - we were there on the day providing technical support for our dynamometer, it remains the only IMLEC run where we've recorded over one million foot pounds of work!

The engine was first steamed in 2008, it is in fine condition throughout. It comes complete with its own purpose-built stand, with a bracket which bolts it down for moving about. There is a similar steel frame which fits in the floor of a trailer or van for transport to the club, again with provision for bolting the engine down. For an engine of this size and weight, I was surprised how easy it was to load and transport.