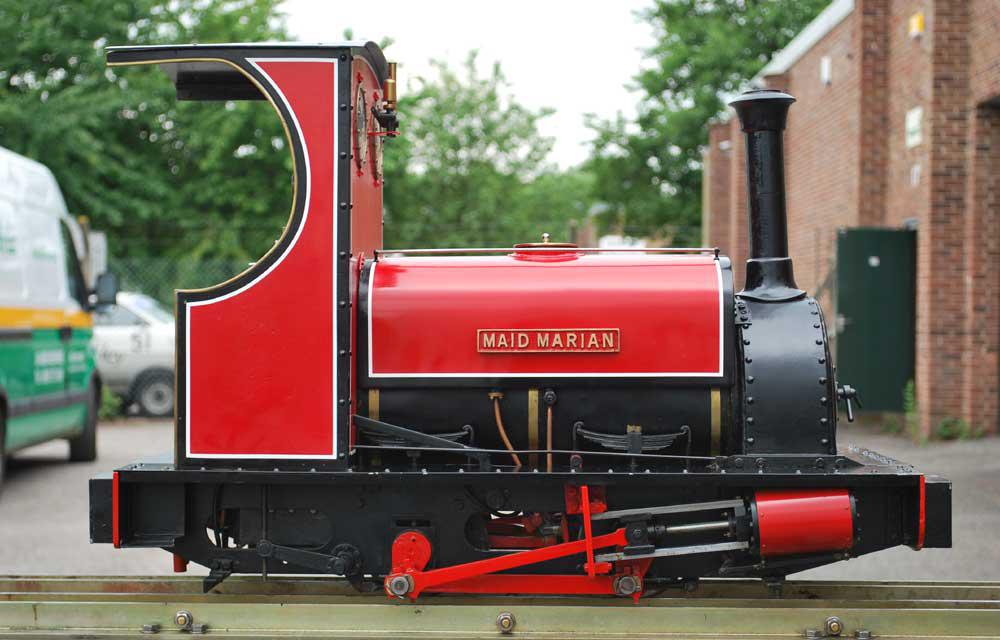 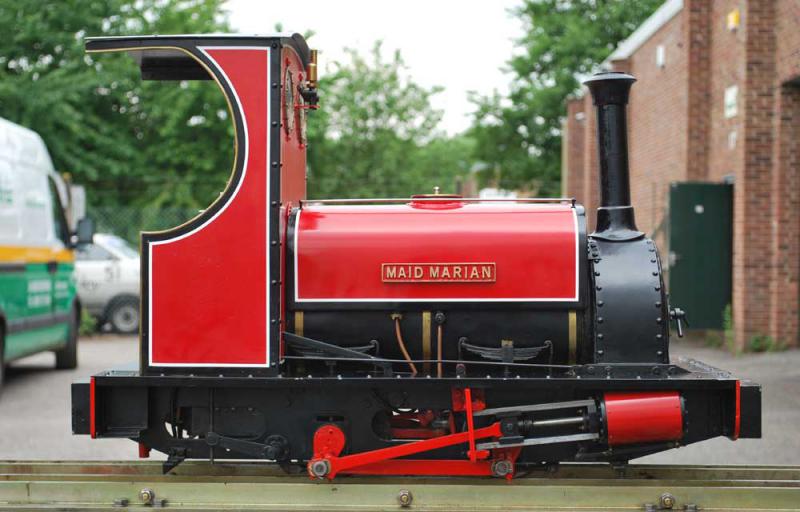 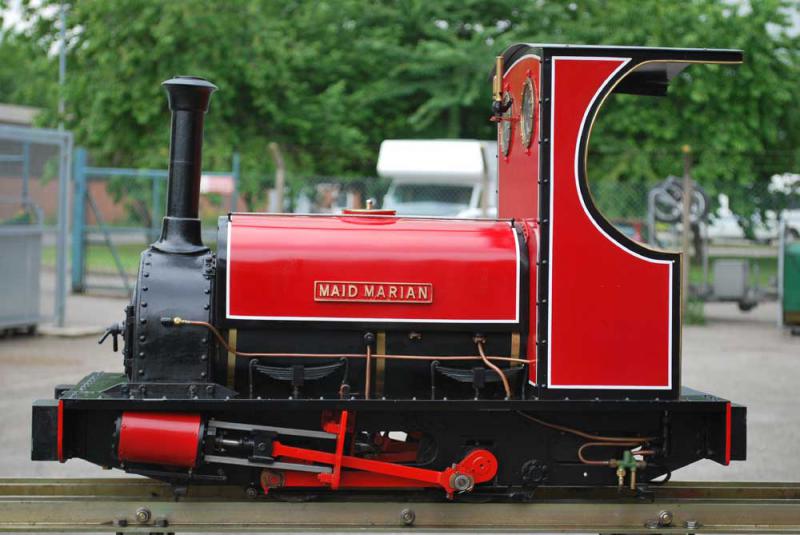 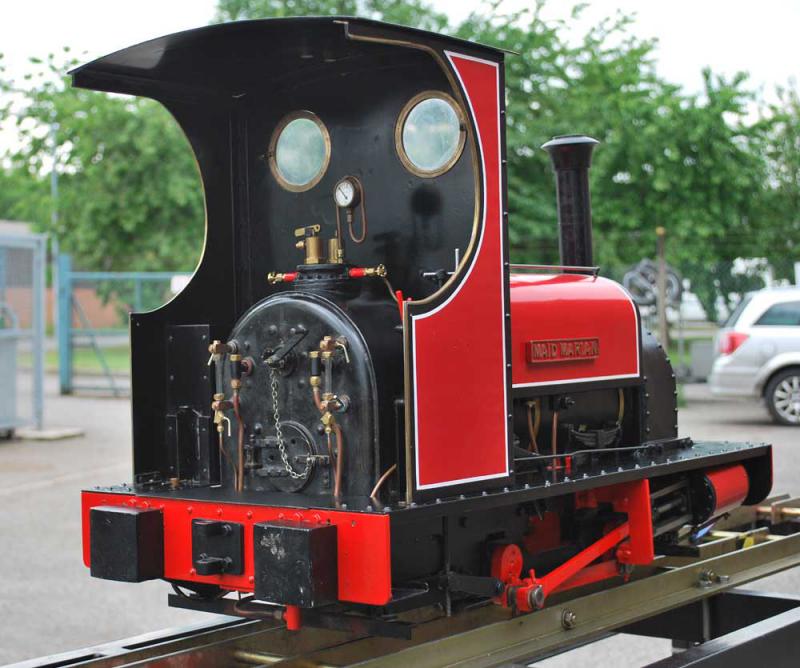 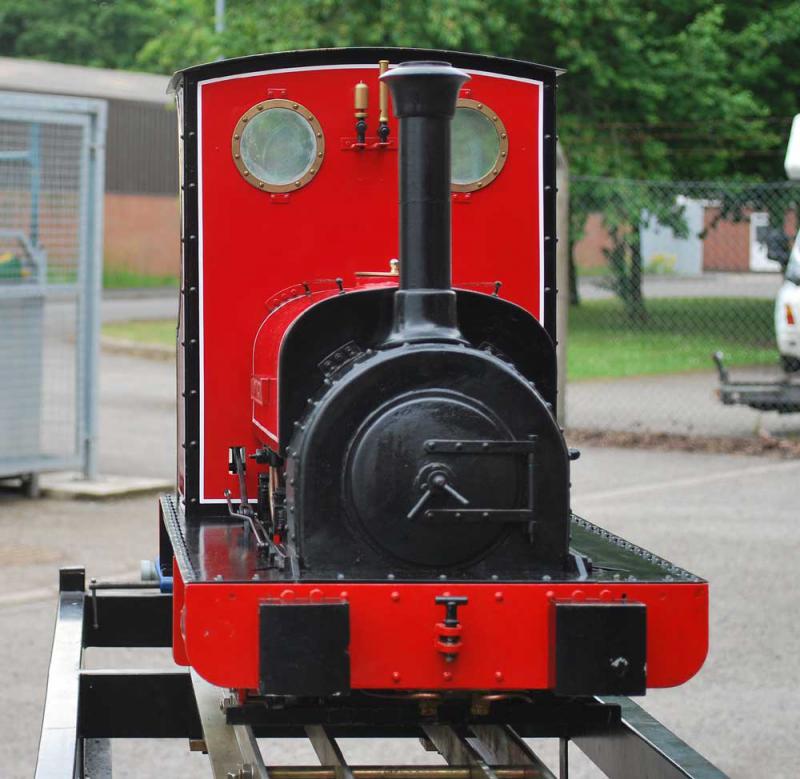 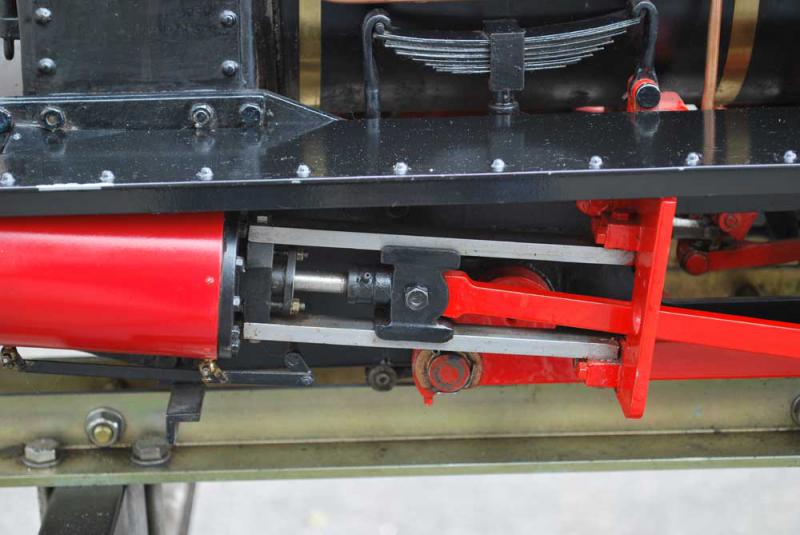 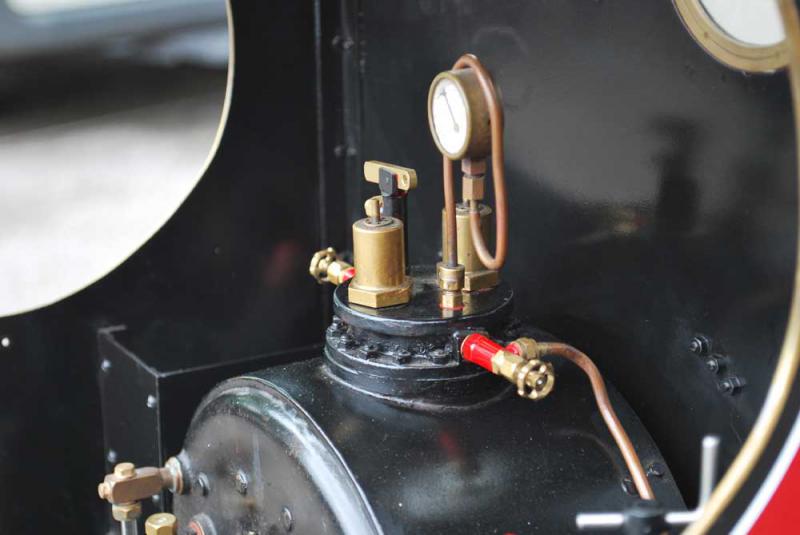 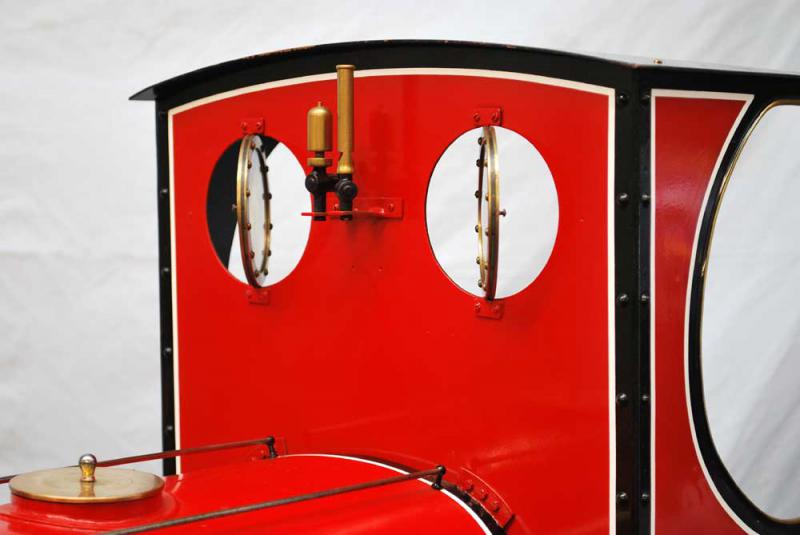 A 5 inch gauge quarry Hunslet to Don Youngs design - it's an attractive design, strangely they come up far more often in 7 1/4 and 3 1/2 inch gauge versions, I rarely see a 5 inch gauge one.

The engine has had a recent boiler test, it goes although sounds as if permanently running at a large cutoff I suspect one eccentric sheave needs resetting. Other than that it's in good order, paintwork is in decent condition although the funerally drab cab would look ten times better repainted into the pale cream and black seen on the prototype engines.