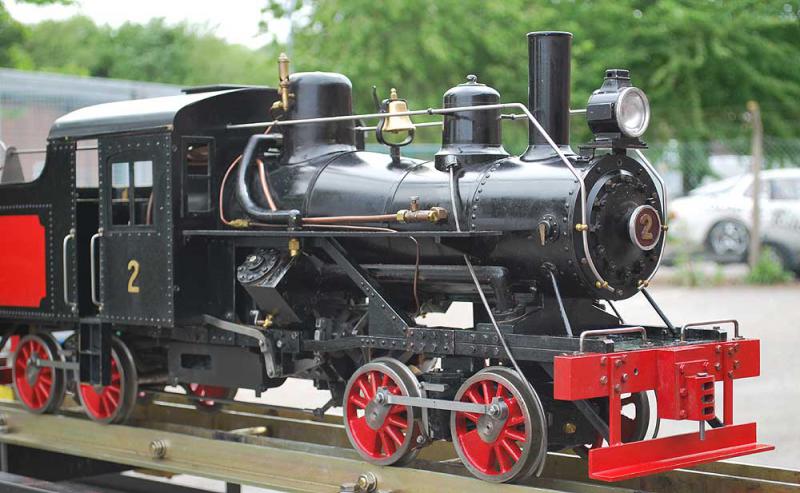 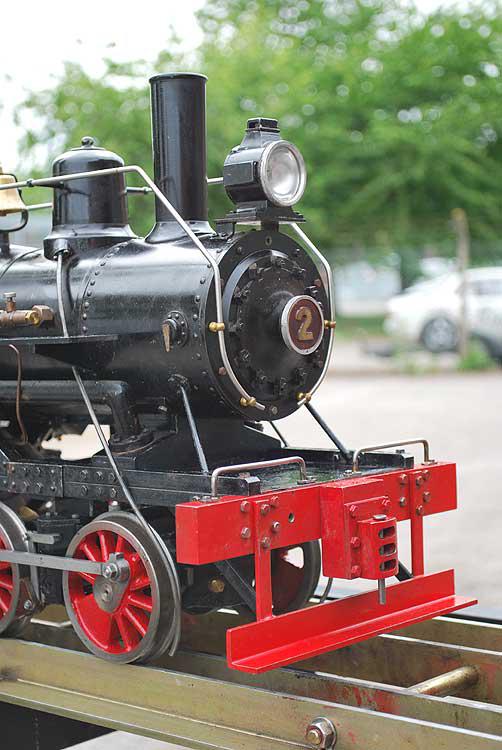 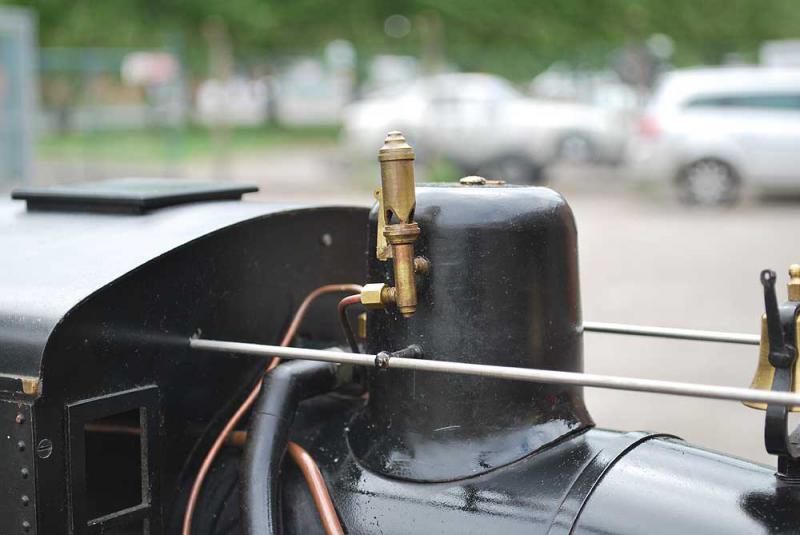 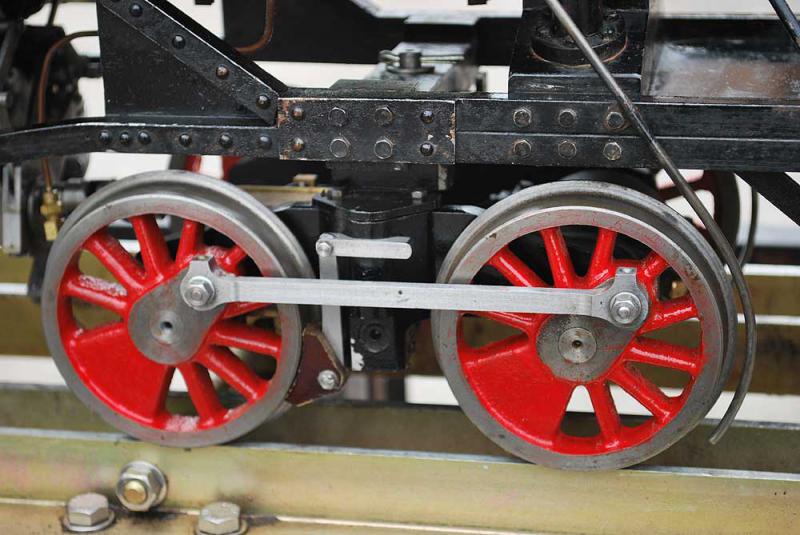 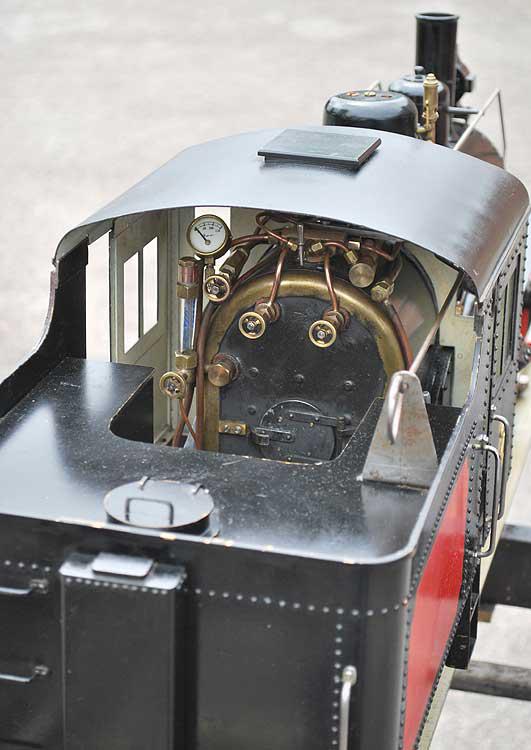 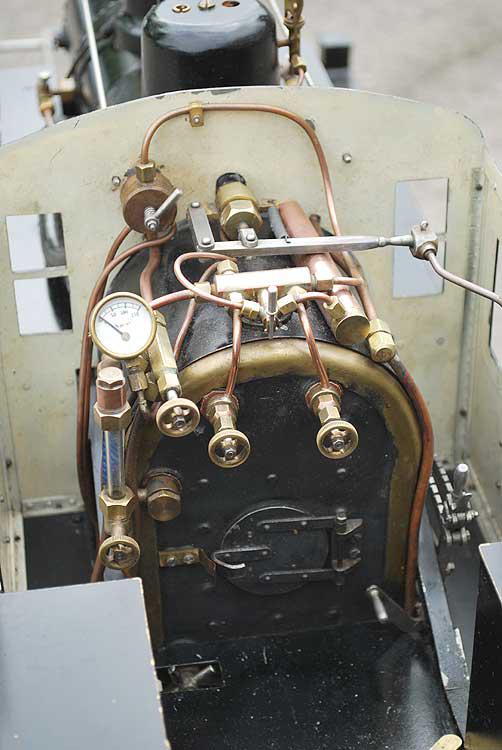 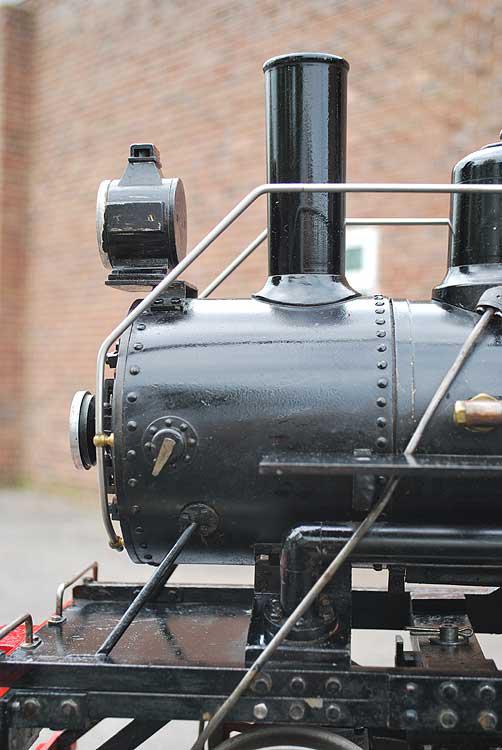 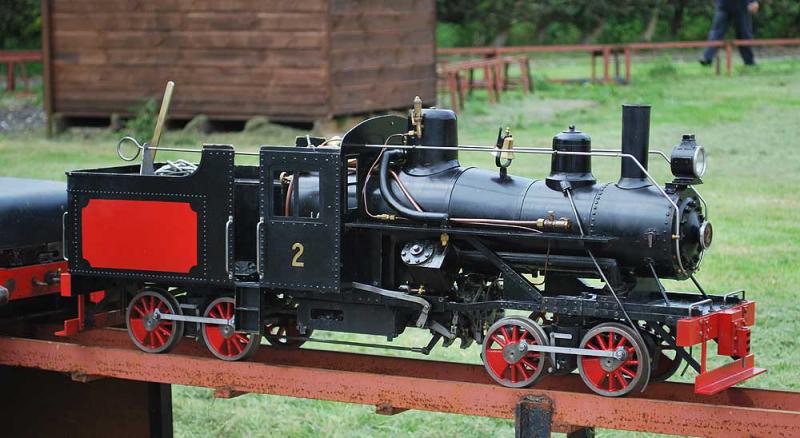 A 5 inch gauge Heisler, built to the design published by Kozo Hiraoka as part of his seminal series on American geared locomotives which also included the Shay and Climax. Normally seen in 3 1/2 inch gauge, the builder scaled this one up to produce a useful-sized 5 inch gauge engine.

Another engine from the builder of the Jessie, Port Class Hunslet and Standard Class 2 I have in at the moment, finely built and full of well-thought out details like axleboxes oiled from the outside through hollow axles, a bunker drain plug with extension shaft allowing the water to be drained at the end of the day in a few seconds and a multi-spoked boiler blowdown valve which can be operated from the cab. Dropping the fire is simply a matter of sliding the flat grate out and washing out the fixed ashpan from either side - it would be difficult to come up with a quicker, cleaner method.

Silver soldered copper boiler, 100psi working pressure, feed by axle pump fitted to rear bogie with a hand pump in the bunker. V-twin engine mounted transversely in the frames, gunmetal cylinders with slide valves actuated by Stephenson's gear with pole reverser in the cab. The mechanical lubricator is mounted on the front bogie. Drive is led to each bogie via shafts and gears with universal joints accomodating the rotation and up-and-down motion.

I hadn't driven one of these Heisler's before so, given that we had a Tinkerbell to deliver to the club yesterday, Steve and I loaded this and a Standard Class 2 in the van and had a couple of hours driving on a glorious sunny afternoon. To say that we were impressed by this one's performance is somewhat of an understatement - it's one of the nicest 5 inch gauge engines I've driven this year, very free steaming, instantly responsive to the light, spring-loaded regulator, powerful and - most unexpectedly - easily able to keep up with the Class 2. Setting off from the station with 50 pounds on the clock and four shovelfuls of coal on a black fire, it was blowing off by halfway round the track. A remarkable design, particularly well executed - there's a clip of it running here.