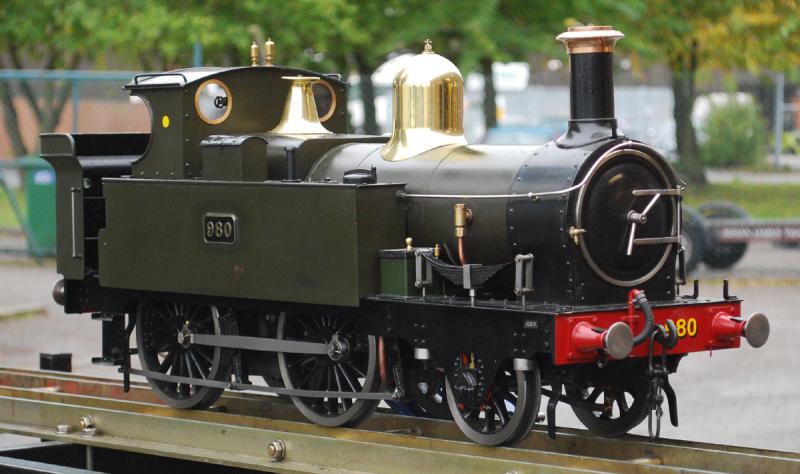 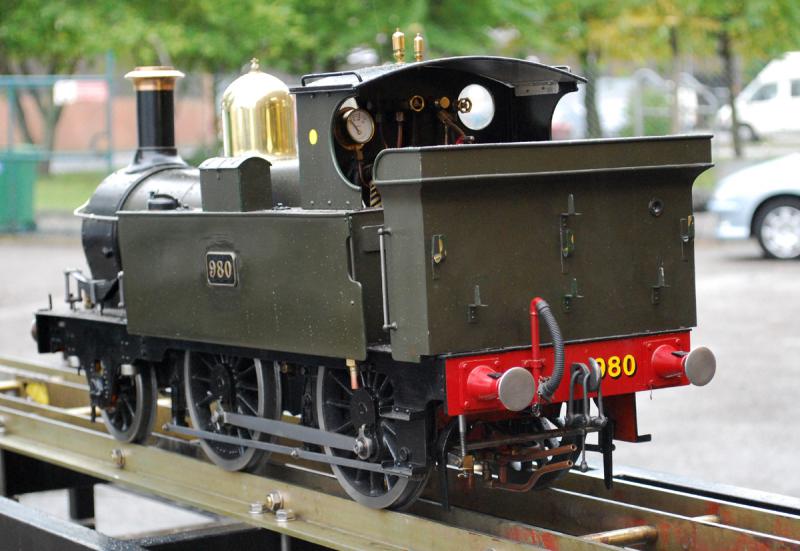 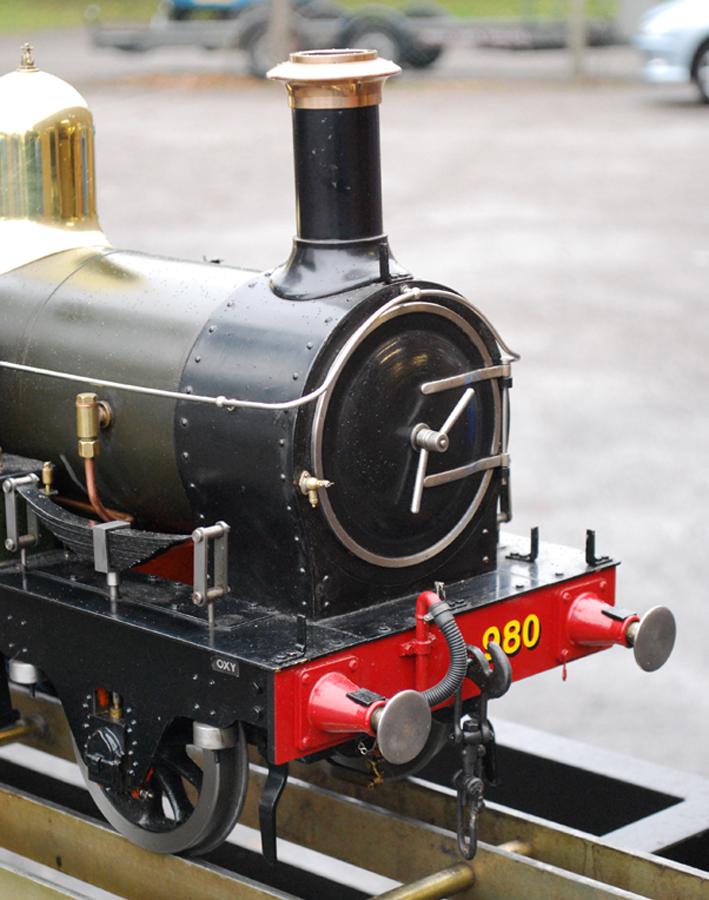 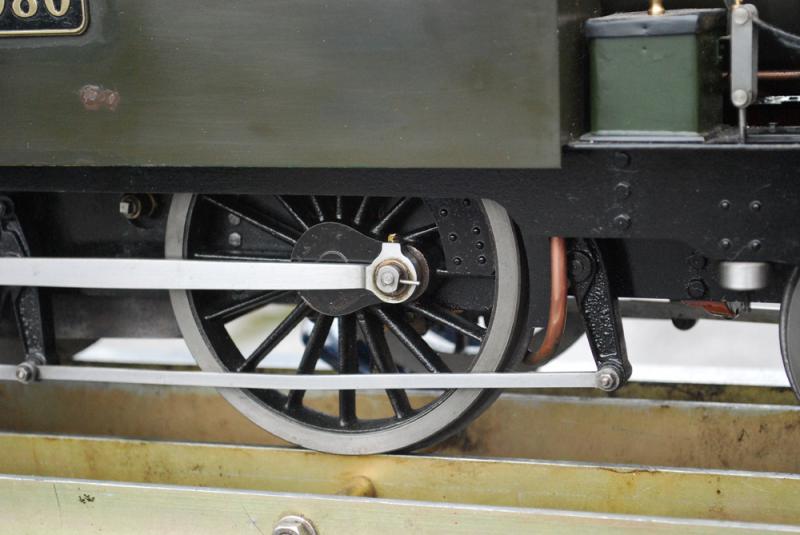 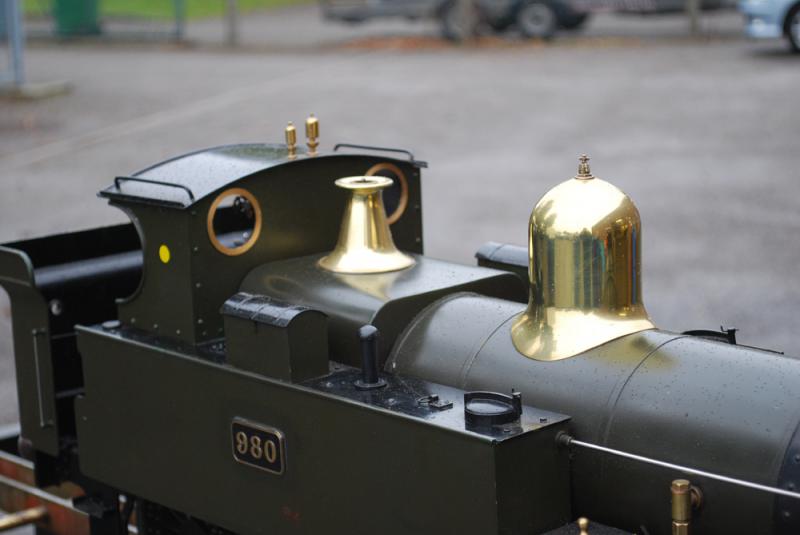 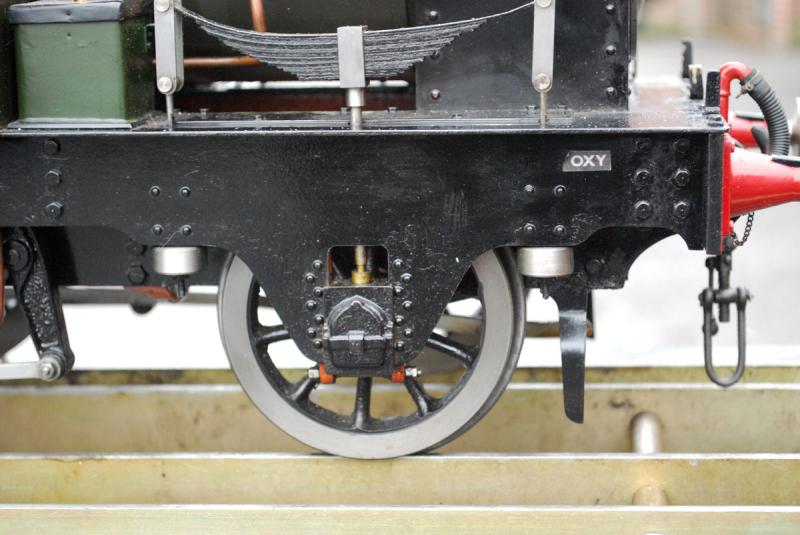 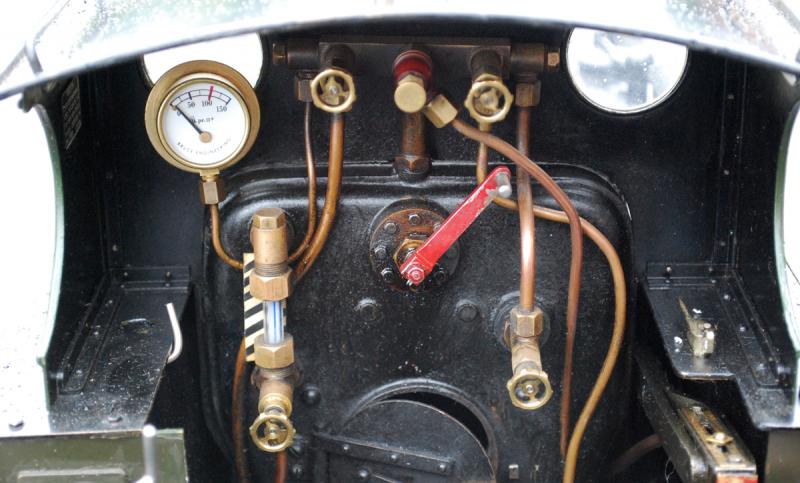 I sold this one in 2011, it's recently come back in part exchange for a new "Stafford". Looks if anything even more polished now than when the pictures below were taken, it still runs particularly well.

A well-made Great Western Metro tank, built to the Martin Evans elegant design and completed in 2001 - the original engines were built at Swindon from 1871.

About the same size as a 14xx tank, a Metro is easy to handle and will fit a small hatchback. This is a particularly nice one, in good mechanical order - the engine appears to have had little use and came in recently with a Manor, both having run on the same railway. In steam for the boiler inspector earlier this week, it steams freely and runs well - I was impressed by how quiet this one was, the lack of mechanical noise only accentuating the crisp exhaust beats.