Sold April 2007 Back to Archive 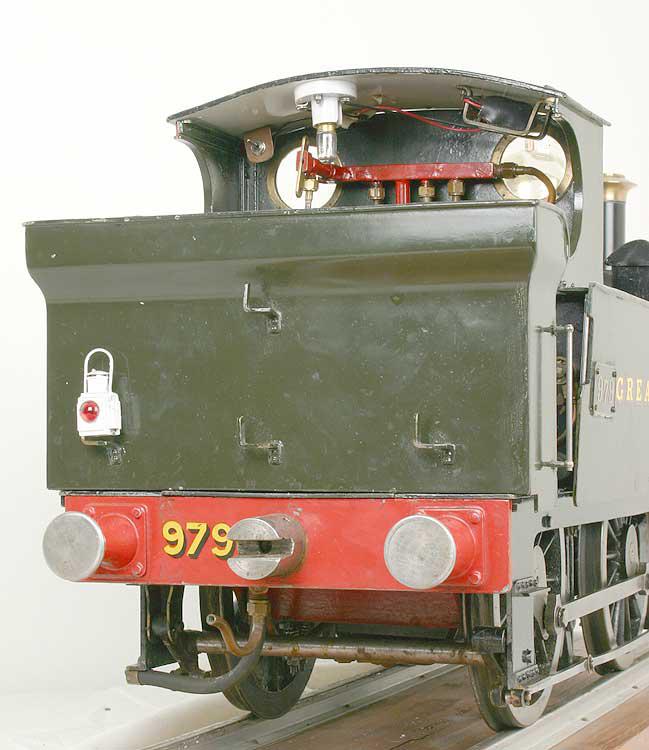 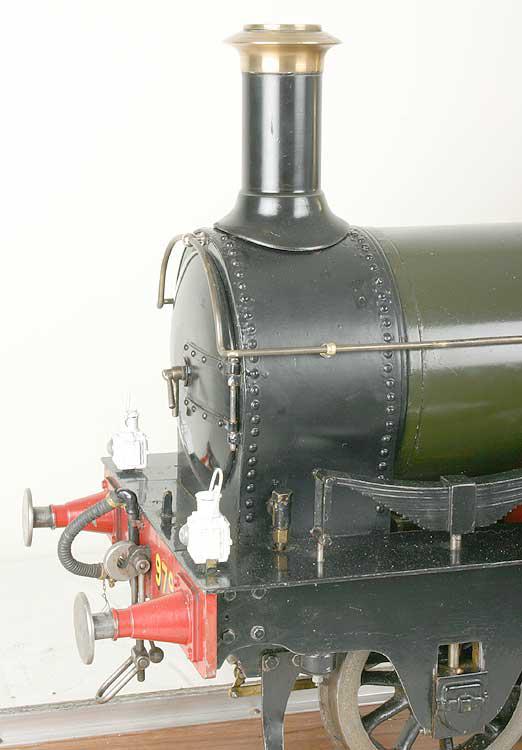 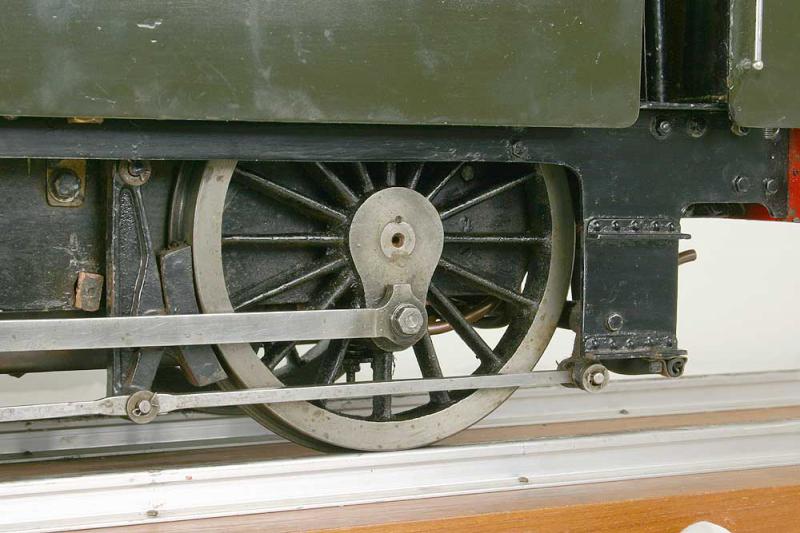 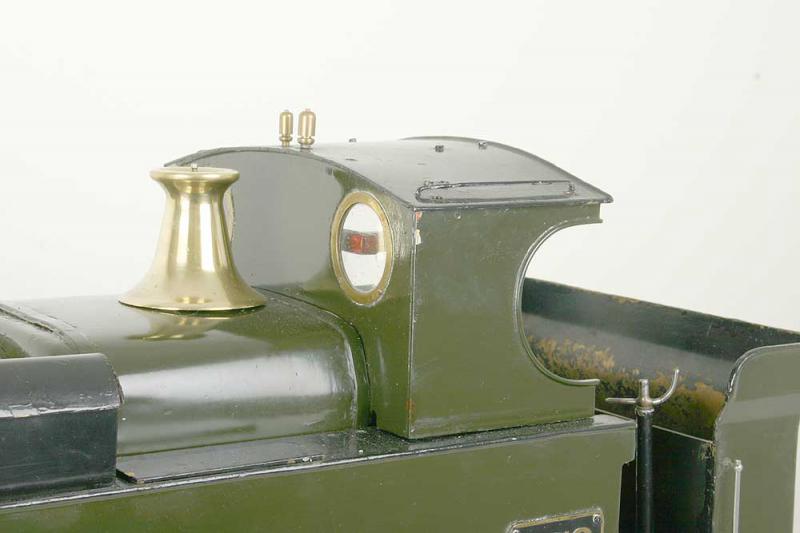 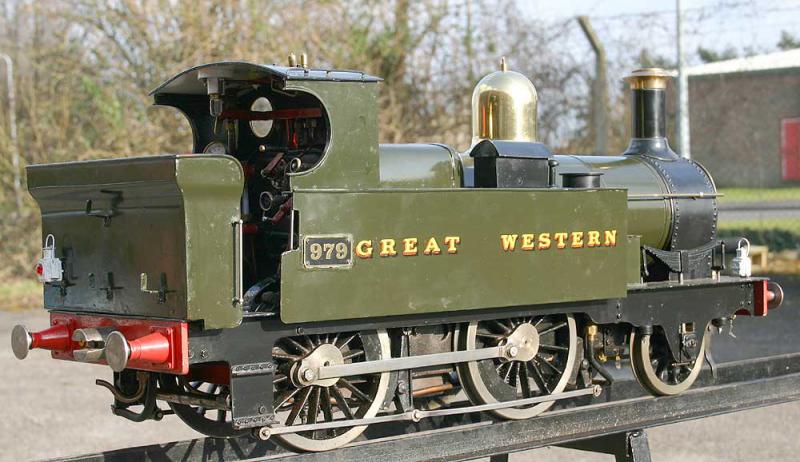 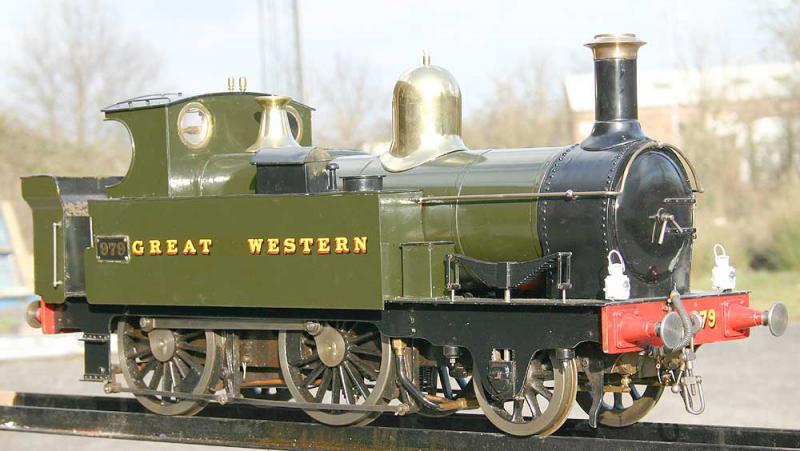 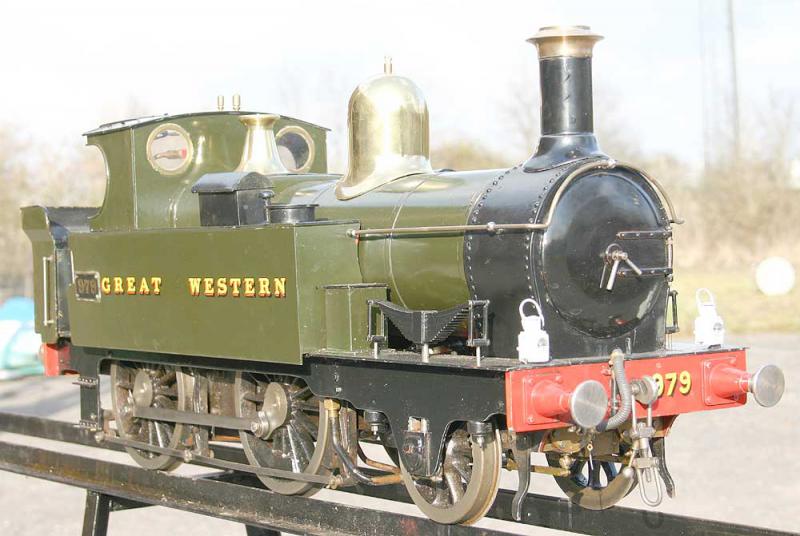 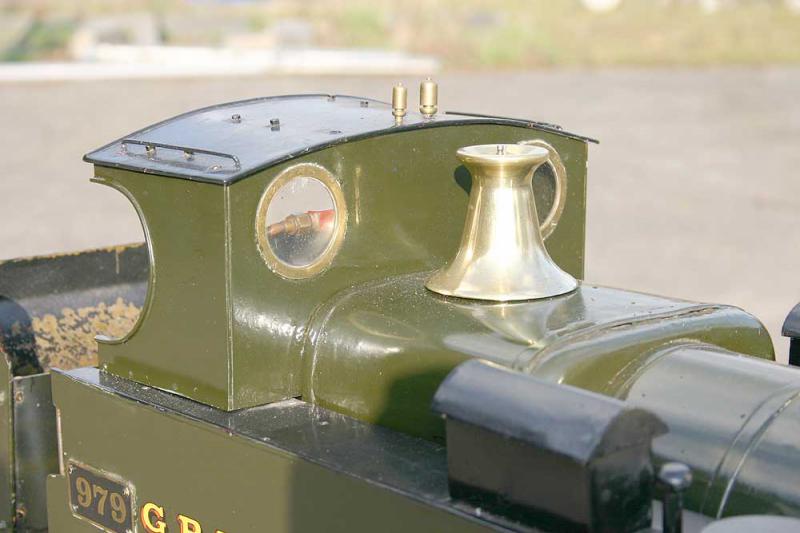 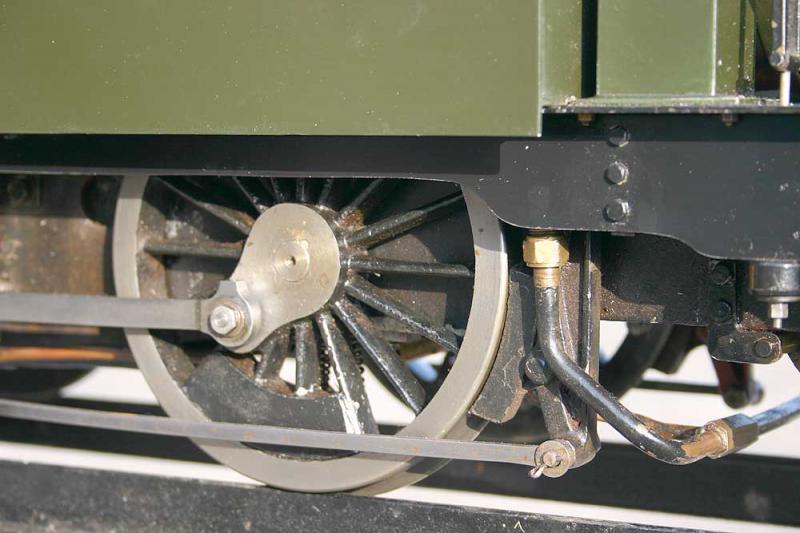 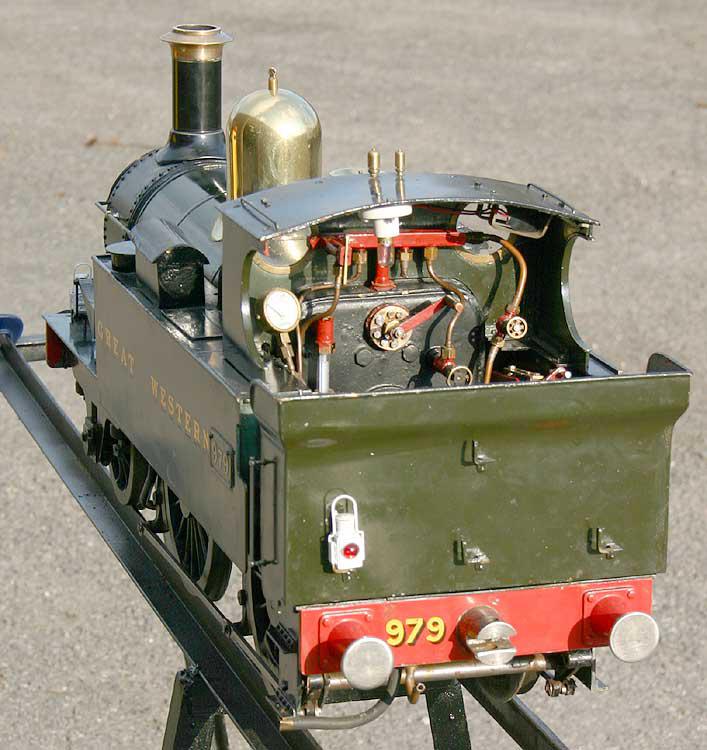 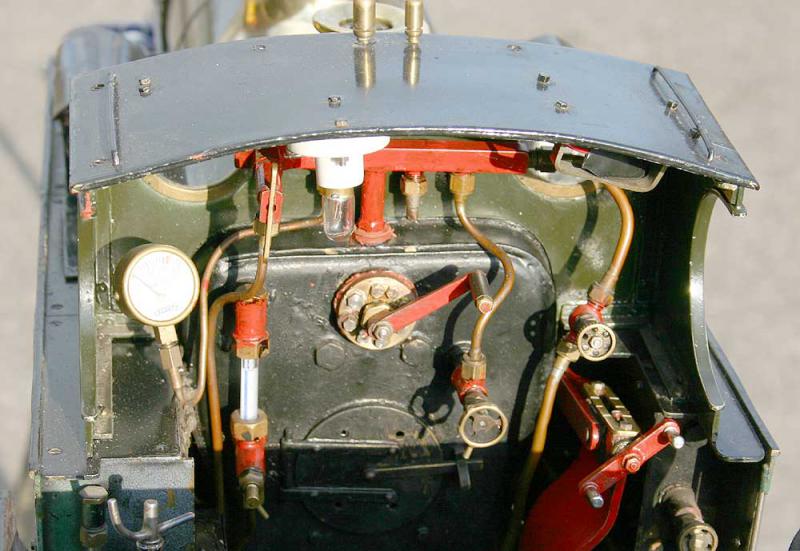 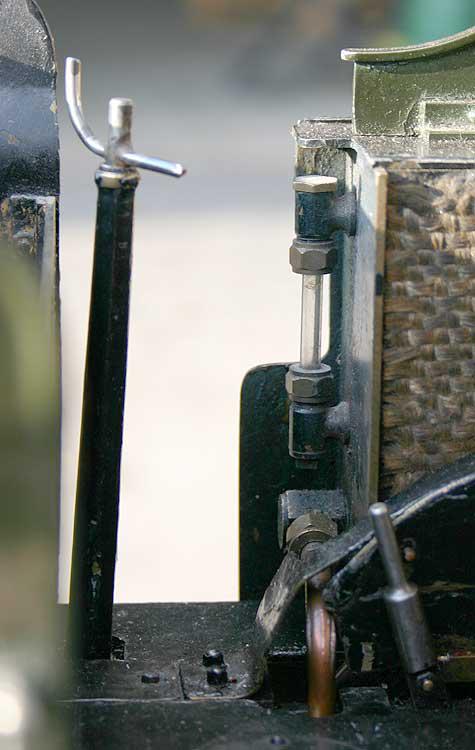 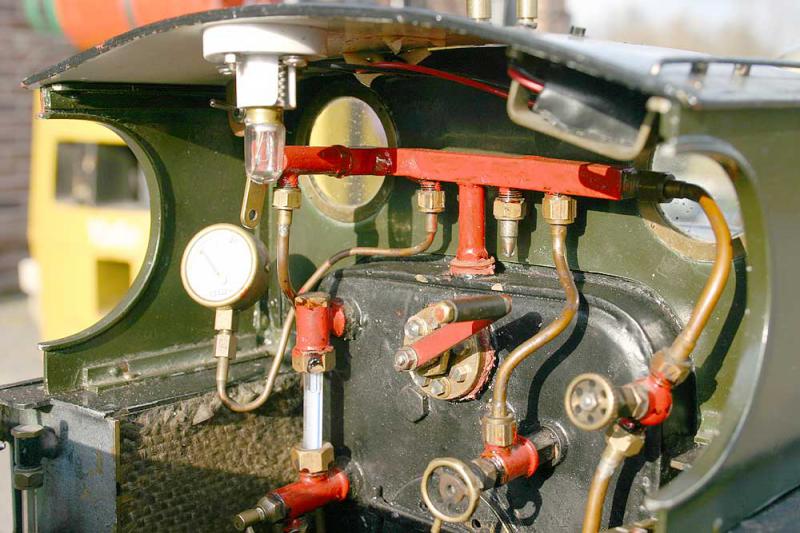 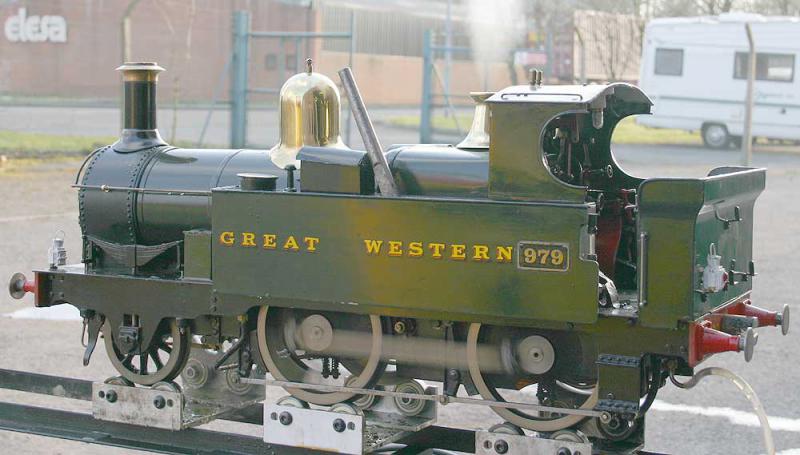 A well made example of Martin Evans' "Metro", a 5 inch gauge version of the GWR small Metro tank locomotives which were built from 1871 at Swindon. Known for their brisk performance on fast suburban services around London, they regularly hauled six coach trains.

With the typically nineteenth century double frames and trademark Swindon copper capped chimney, large dome and safety valve bonnet, I think the engine is particularly good looking (sort of a Dean Goods' little brother). Based on a modest-sized prototype, the model is easily handled by one man yet is still a decent passenger hauler.

This engine was completed in 1990 and has been in the ownership of its builder since. It's goes particularly well, very easy to fire and drive, it makes steam like it's going out of fashion. Silver soldered superheated copper boiler, working pressure 100psi, feed by injector, mechanical pump with bypass and auxiliary hand pump in the side tank. Inside cylinders with slide valves actuated by Stephenson's reversing gear with a screw reverser in the cab. Mechanical lubricator.

There are loads of nice little practical touches on this engine, from the remote rear axlebox lubricators on the footplate to the electric cab light powered by a PP3 battery for night running (or long tunnels).

I've put a couple of video clips on the page, the one that's worth looking at features the injector, which on this engine is plumbed to take water from a remote tank. Now you all know that the proper way to work an injector is water on, steam on and, finger's crossed, that wonderful clonk, hiss as it picks up. What you don't do is put the steam on first - it heats up the injector rapidly and things tend to go downhill rapidly from there.

I'd noticed with this engine that the injector picked up instantly as soon as water hit it. I tried dropping the feed tank a few inches below the engine (as a decent injector will normally lift water a bit), no problem. Kept dropping it until the water tube was in a two gallon bucket on the floor, three feet below the engine. Steam on, mighty hissing and gurgling as it shot out the overflow, thoroughly overheating the injector but pulling the water up until, a few seconds later the water arrived at the combining cone and... clonk, hiss - instant feed. Probably one of the nicest injectors I've used, even when abused mightily - if you can't make this one work, you probably need to take up Scalextrix instead.

Complete with all boiler history from new and the complete set of "Model Engineer" magazines covering construction.