Sold August 2011 Back to Archive 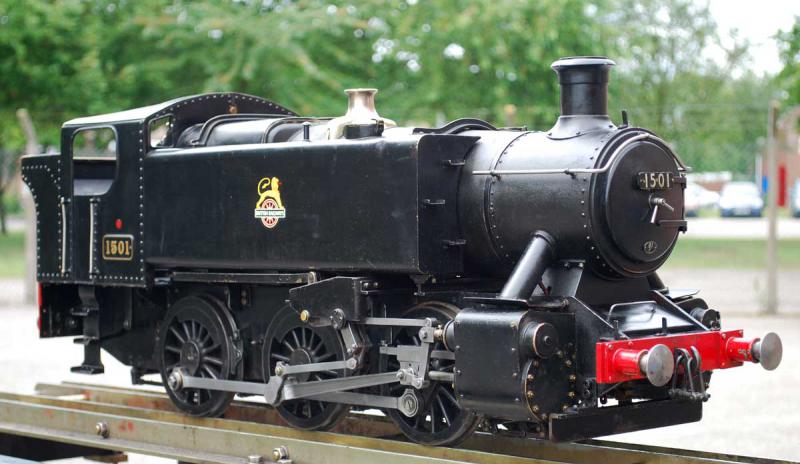 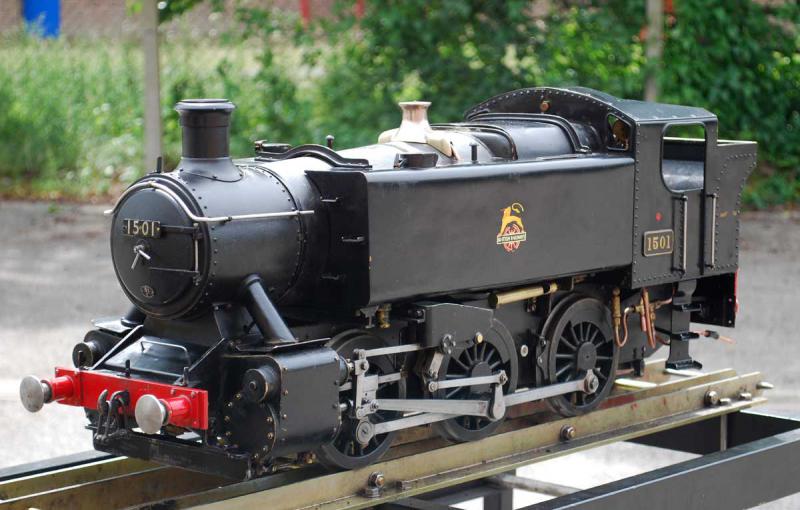 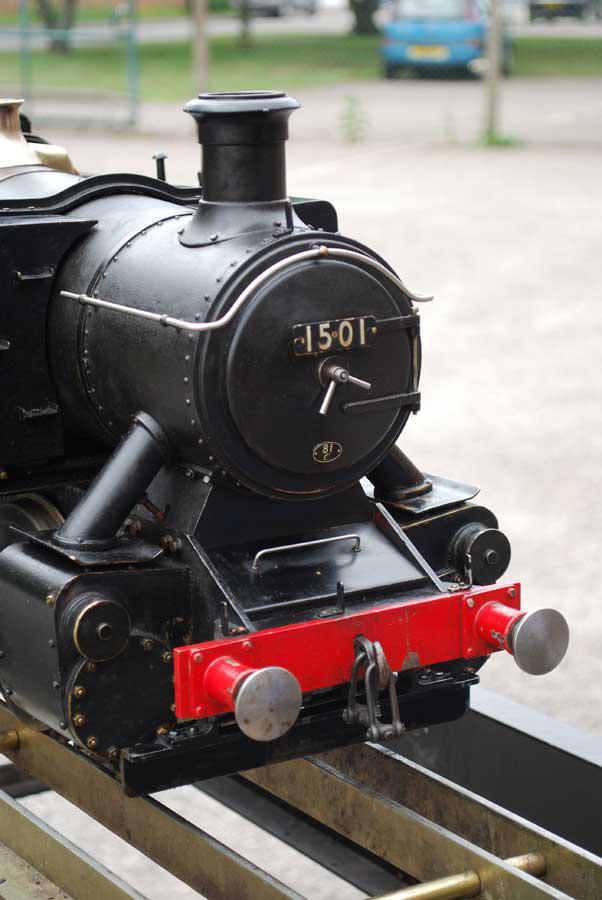 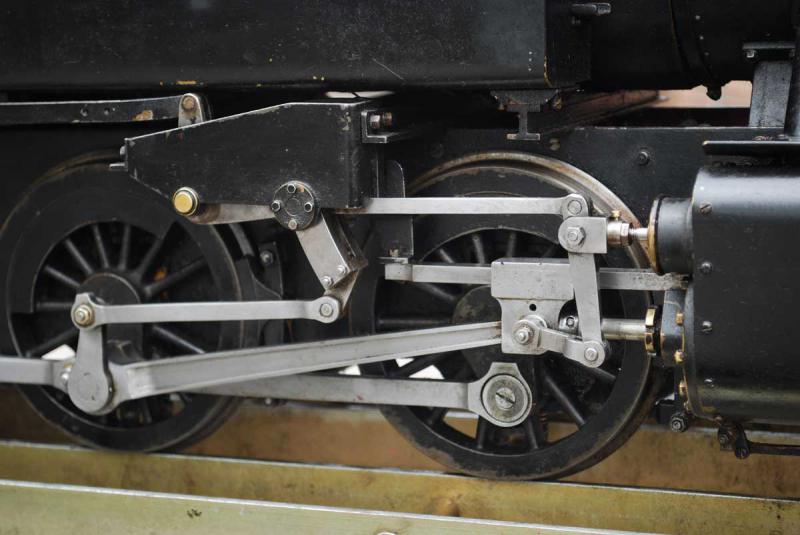 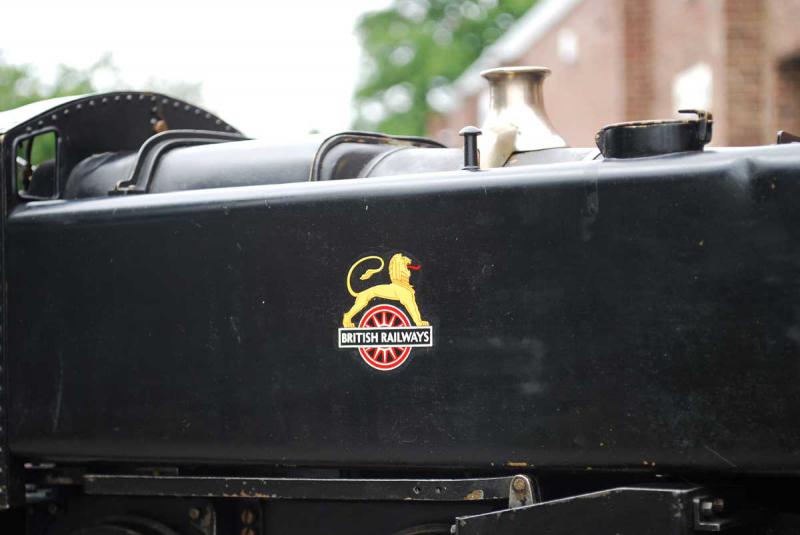 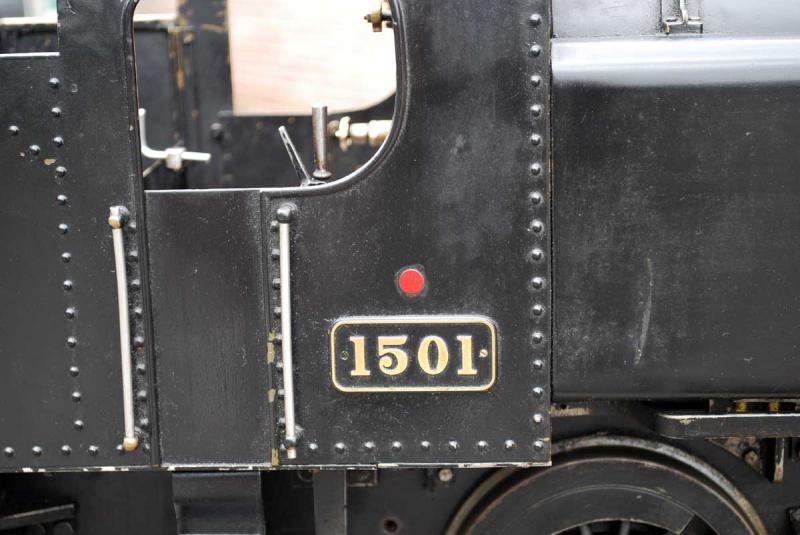 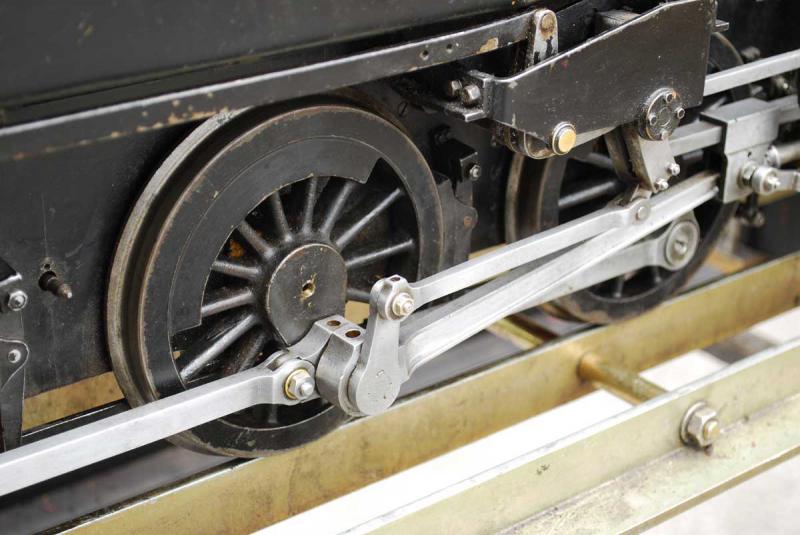 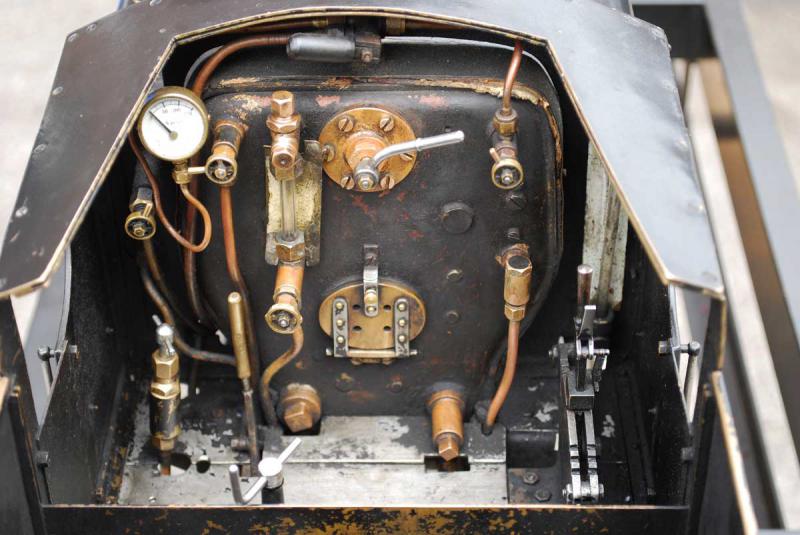 A 5 inch gauge GWR 15xx built in the main to LBSCs Speedy design, but with modified valve gear as required to get the best out of the great mans design (OK then, to get anything out of it the original valve-gear was completely useless, not one of his best moments on the drawing board). As a result, this one runs well and notches up nicely.

Originally built in 1993, it was overhauled by John Shawe in 2002 when it was fitted with PTFE piston valve seals and new piston rings. It runs well, paintwork is used but usable probably no worse than they looked running around Paddington in the 1950s and the blowdown valve leaks slightly.