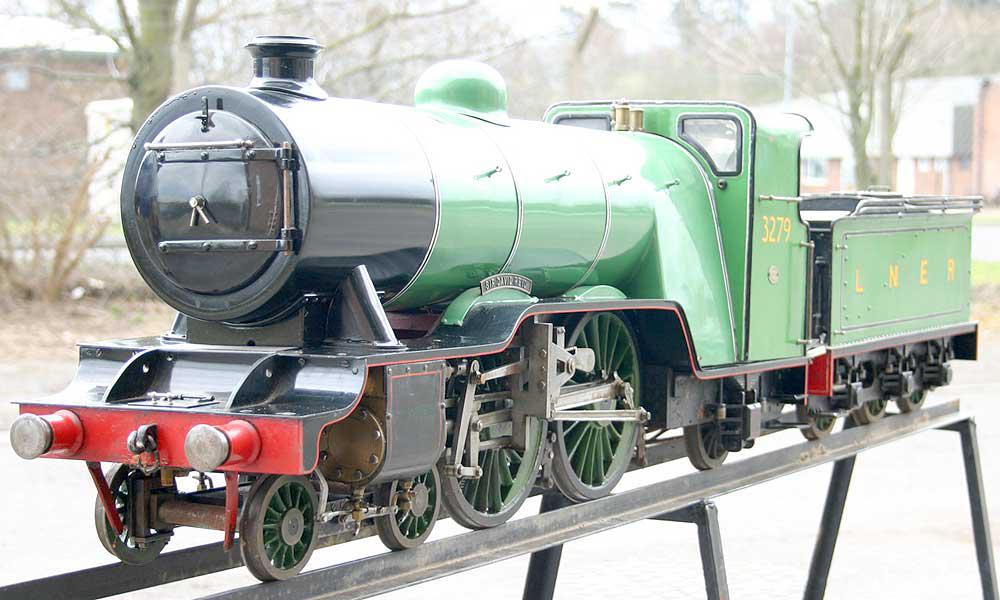 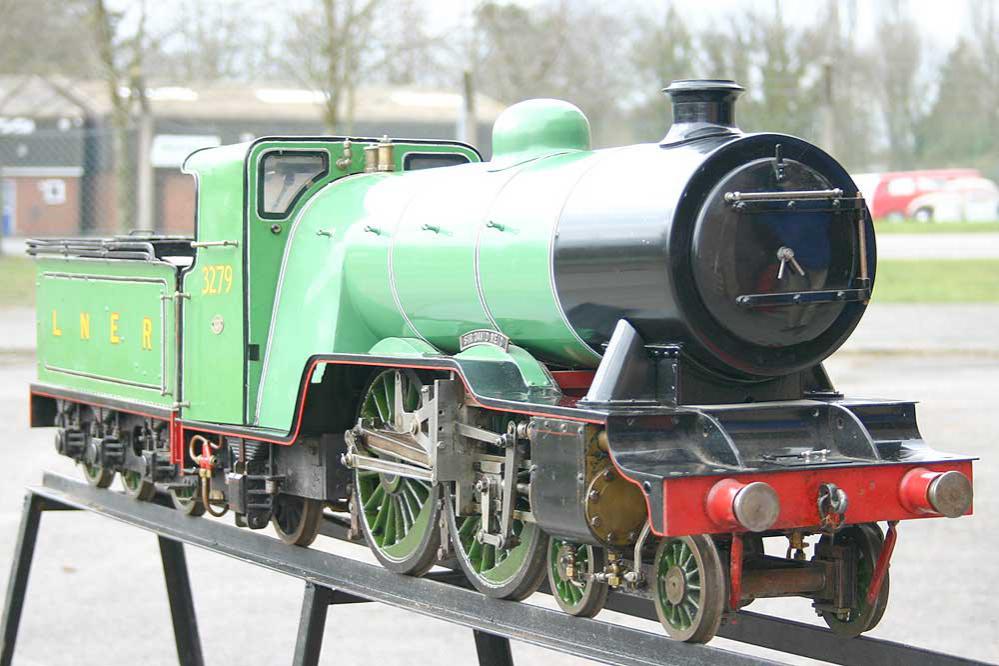 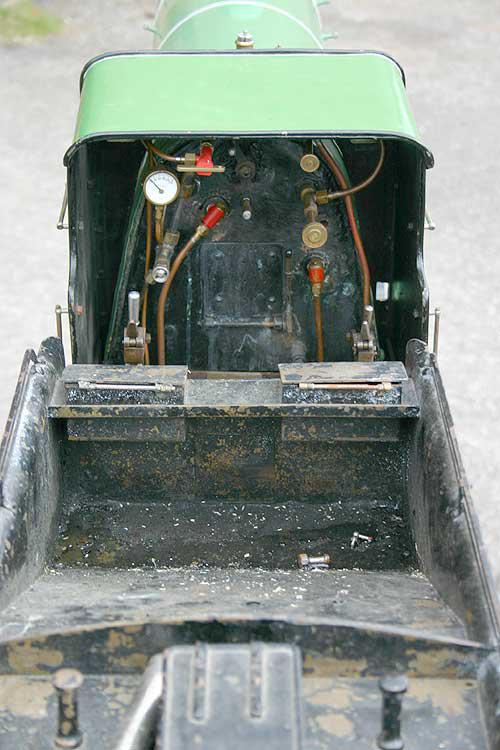 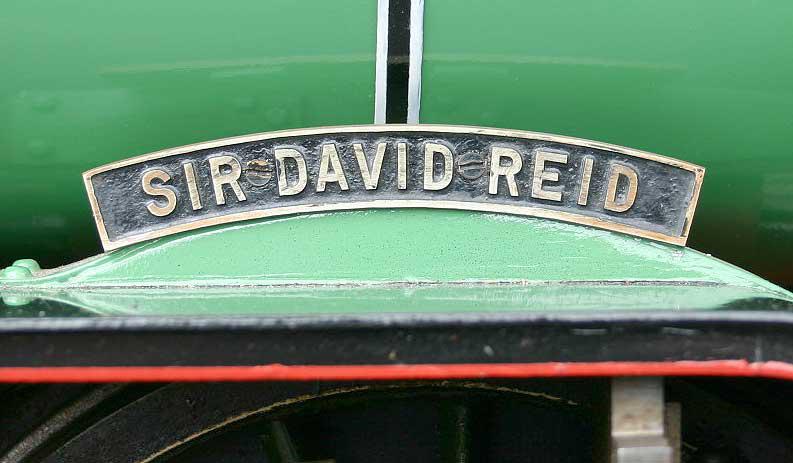 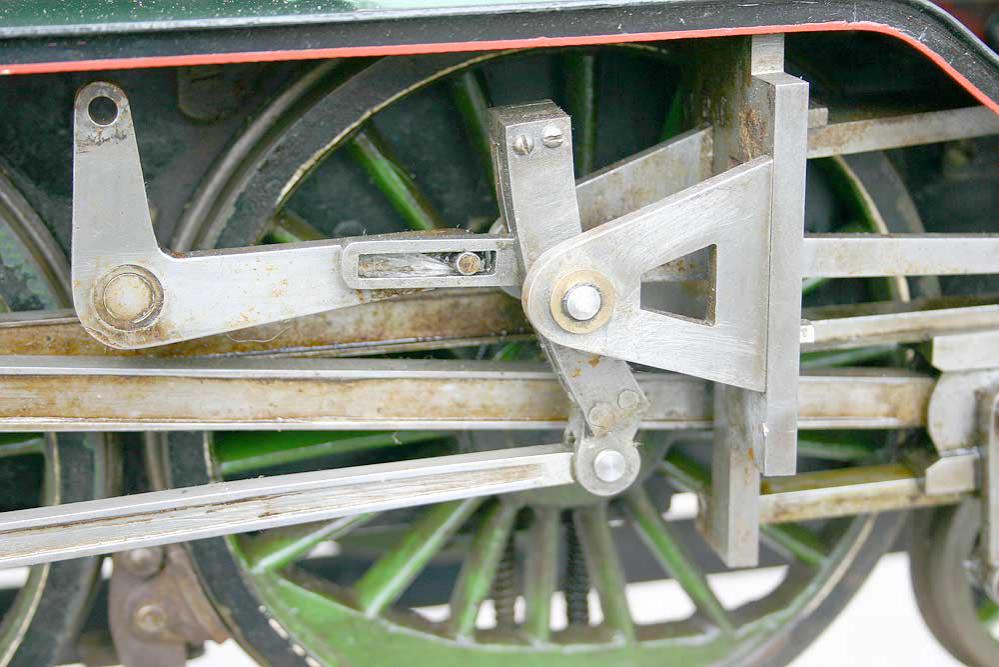 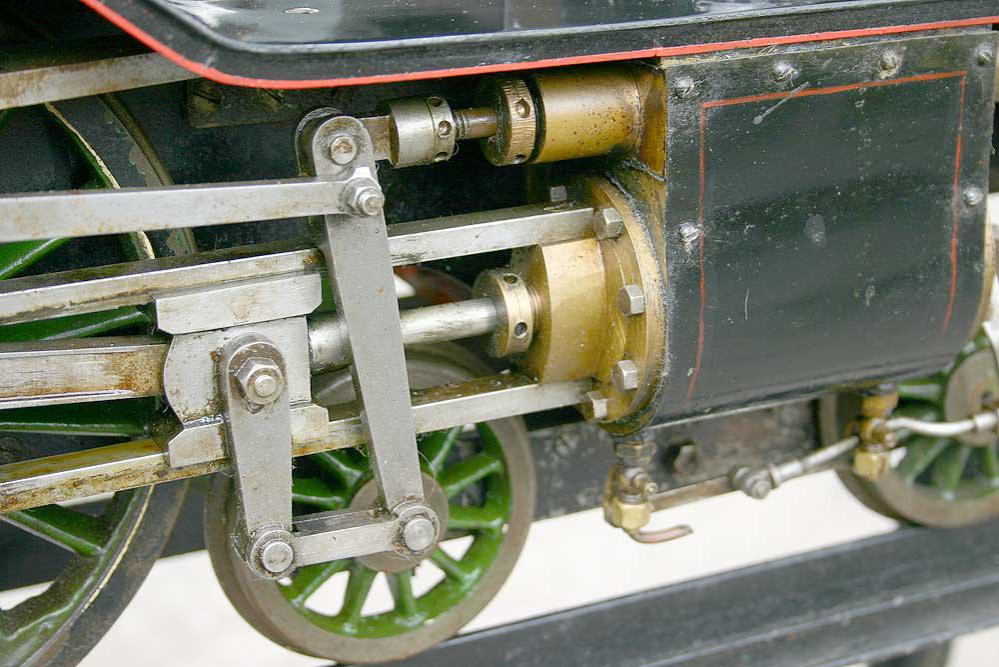 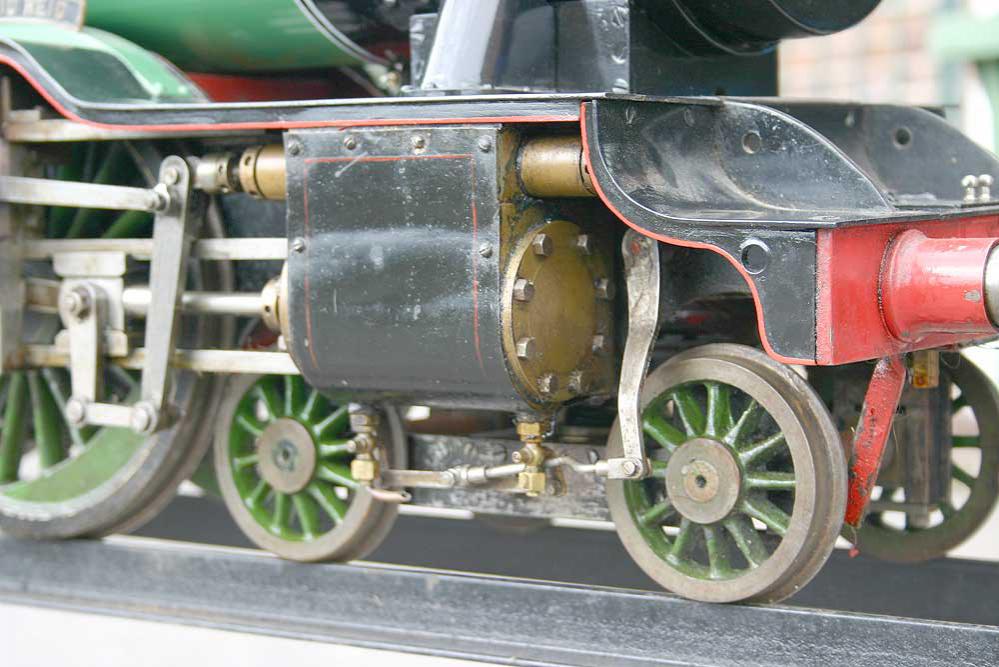 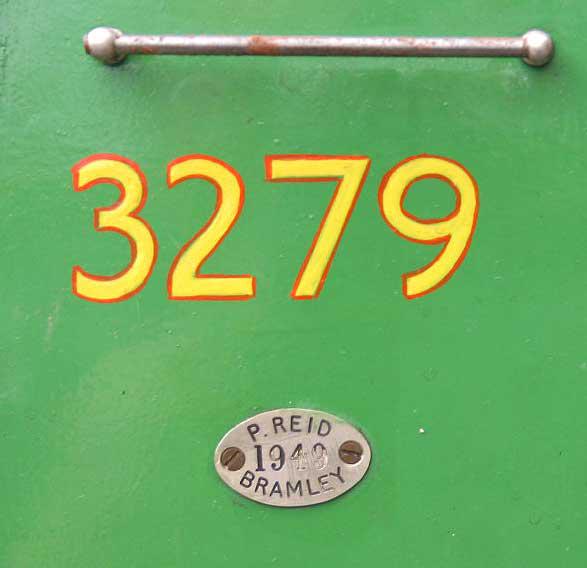 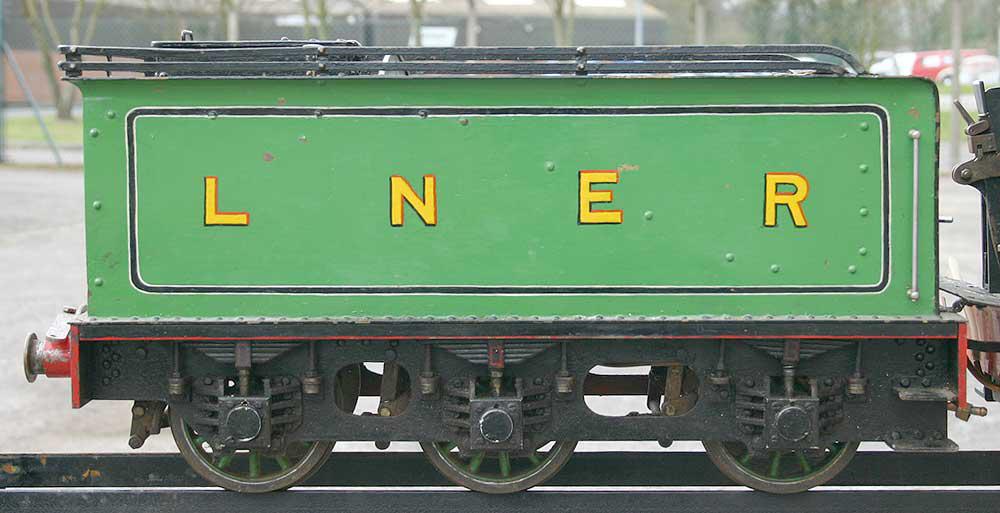 A venerable old engine, built in1949 although probably to a pre-war design - the simple backhead and robust, rather over scale valve gear with generous bearings is reminiscent of 1930s garden railway practice.

Copper superheated boiler with expanded tubes, fed by injector, twin axle pumps and auxiliary hand pump in the tender. Gunmetal cylinders with slide valves actuated by Walschaert's valve gear with pole reverser in cab. Mechanical lubricator behind front buffer beam. The locomotive is braked with, unusually, a ratchet type operating lever on the footplate - it can be seen on the left hand side of the cab in one of the pictures, looking like an extra reversing lever.

The motionwork is in surprisingly good order for the age of the engine, well made in the first place and showing only light wear. The original paintwork survives only on the wheels, the rest has been more recently repainted in a lighter shade of green.

The regulator boss on the backhead has one stripped thread, which allows it to leak, the hand rails are missing on the boiler.

Another interesting old survivor, rather like the GWR Hall I had recently.