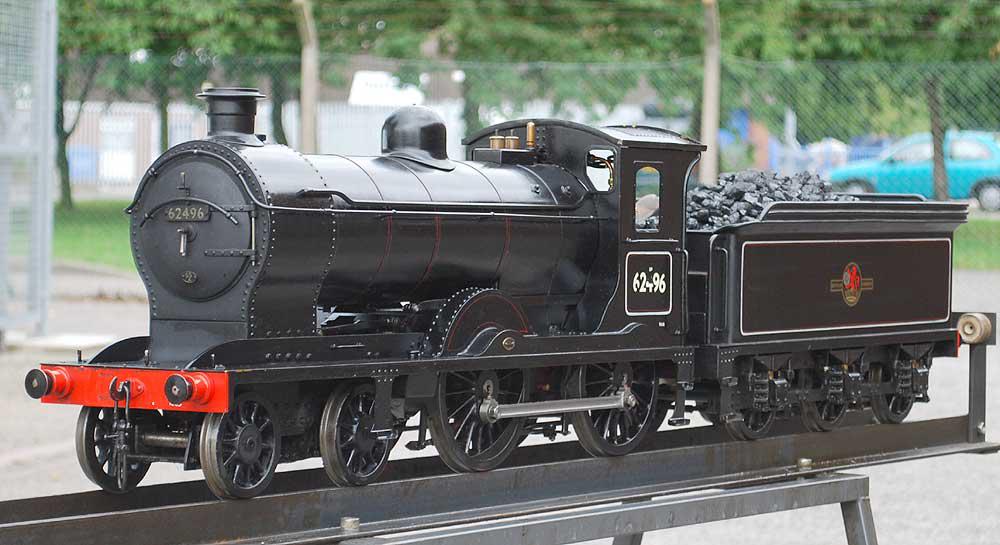 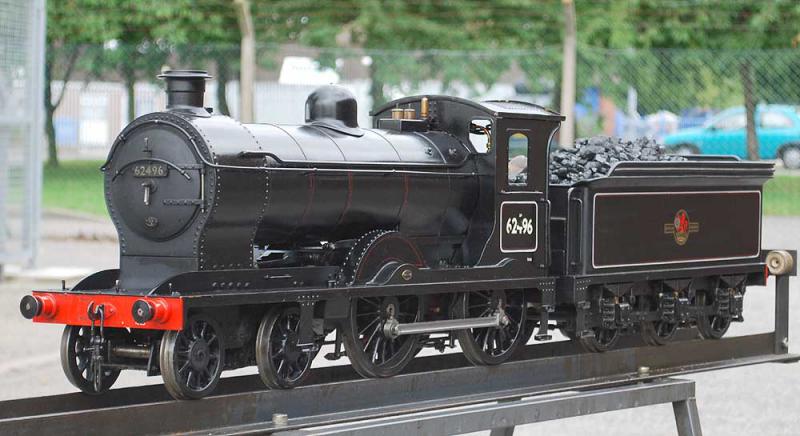 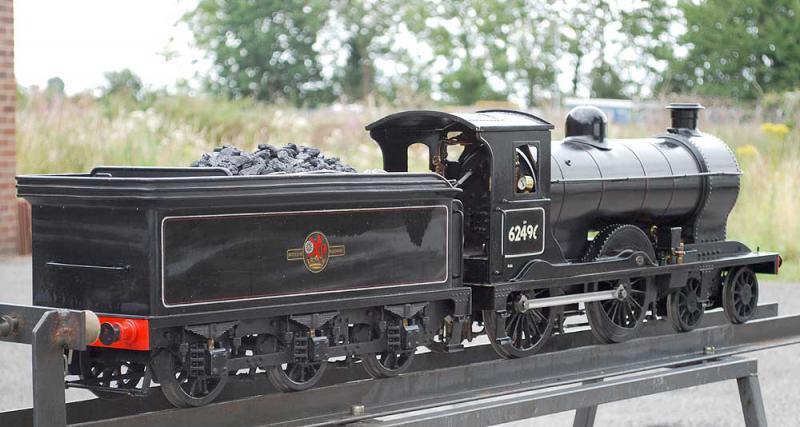 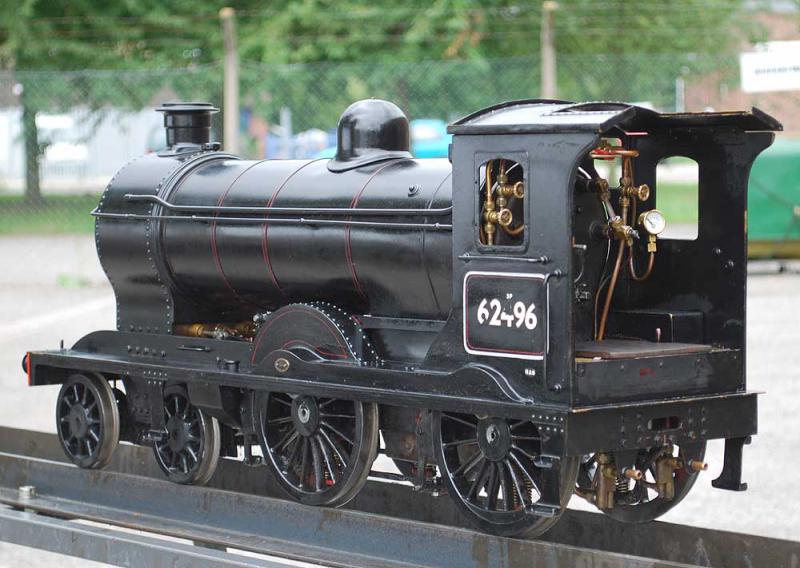 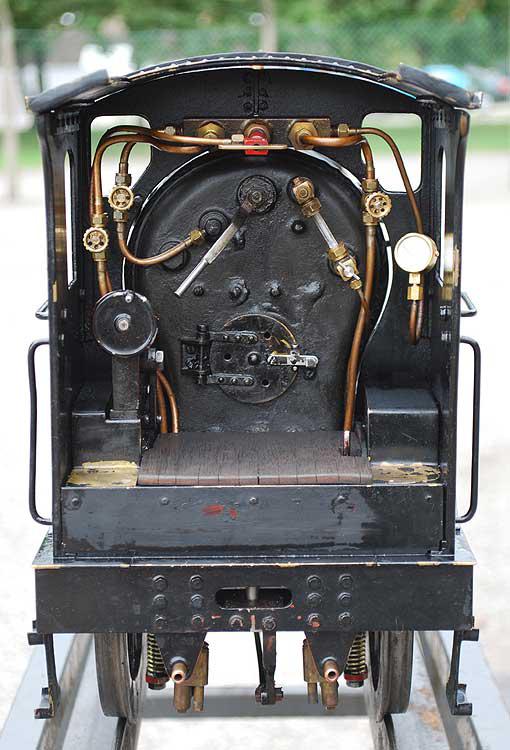 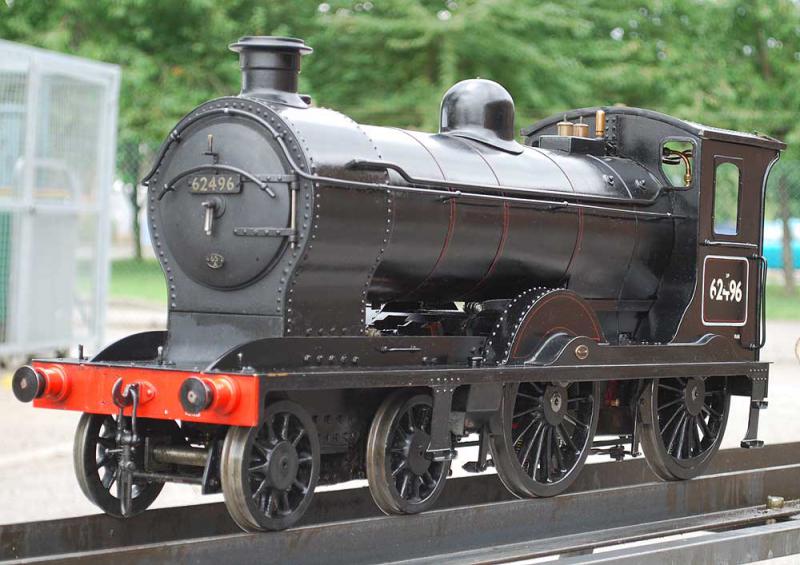 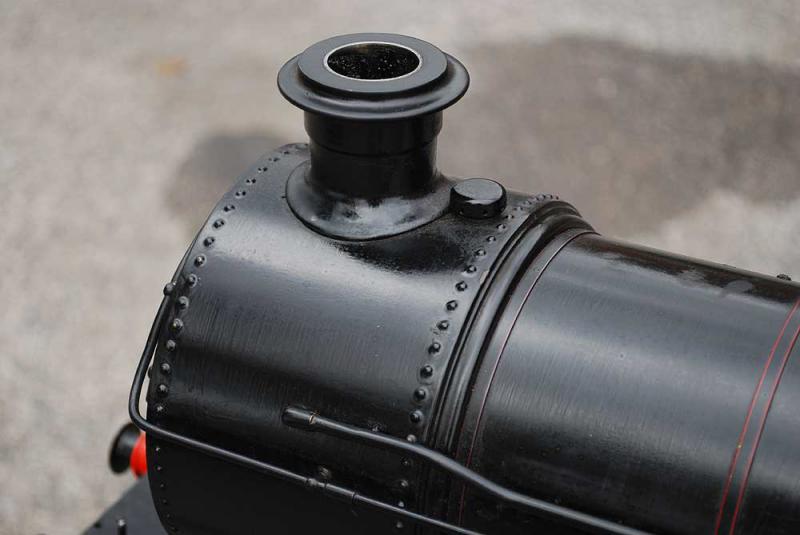 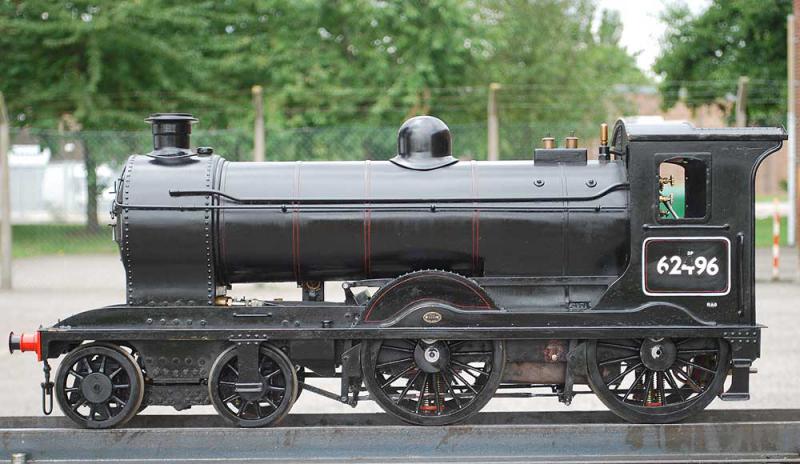 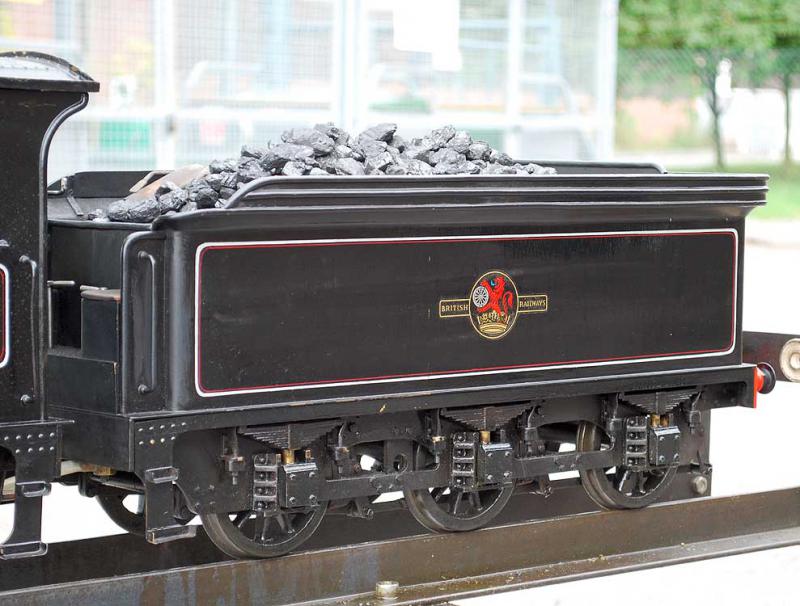 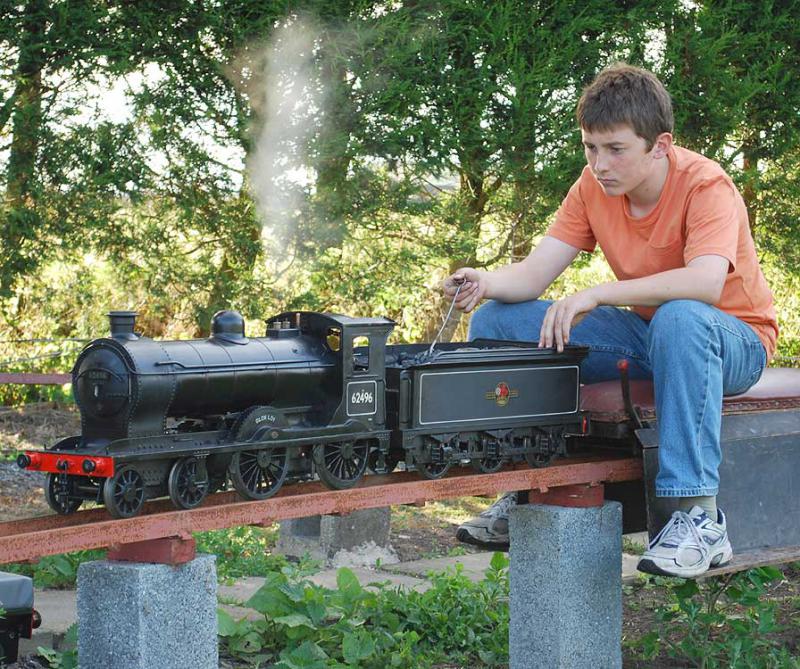 I bought this engine from the builder back in 2002. I was impressed with it at the time, since then it's been living in illustrious company as the new owner's stable included the A3 "Doncaster", "Duchess of Abercorn" and the Standard Class 5 "Camelot" which you can see in the archive.

He's recently gone all nautical and bought a steam boat, so the Glen has become surplus to requirements. I had a very enjoyable afternoon down the club yesterday afternoon where Alan and Sam battled it out for "smoothest takeoff" honours (which I think I won in the end), Alan as always was undisputed champion in the "fastest man down the back straight" competition - there's a video here (it's a large one, so YouTube seem to have wound up the video compression to compensate which means quality is pretty dire).

It goes very well, free-steaming, light-footed like all 4-4-0s which need a practiced hand for a slip-free getaway (as shown by, ahem, the master at the end of the clip. I had taken a deal of ribbing from the boy earlier in the day, but check out his monumental slip - he claims it was Alan's weight on the back. Yeah, right). Once on the move it is fleet-footed, easy to keep in steam and water and runs well notched up.

The engine is in much the same the condition as when I last drove it six years ago (mainly, I suspect, because its more illustrious stablemates got the lion's share of the running), which is ample excuse to use the same description as last time, the photographs reflect its current condition, taken this morning.

A finely-built 4-4-0 to Don Young's well-regarded design for the NBR "Glen" class. The original engines were built at the Cowlairs works from 1913 to 1920, originally turned out in LNER green, subsequently in lined black. One of the class, Glen Douglas, survives in preservation at the Glasgow Transport Museum.

Silver-soldered copper boiler, feed by twin injectors. Inside cylinders with Joy valve gear and screw-reverser in the cab. Cab-operated drain cocks. The engine is nicely detailed with lamps, vacuum pipes and works plates.

The whistle is mounted beneath the cab floor, along with a valve to allow blowing down the boiler at the end of a run without either getting burnt or muck all over the engine! A similar attention to detail is shown by fitting the rear axle with cannon boxes to avoid ash and grit falling into the bearings. Recently overhauled with new piston rings, axle box bearings and boiler fittings, the engine has a recent certificate and is in first class working order.