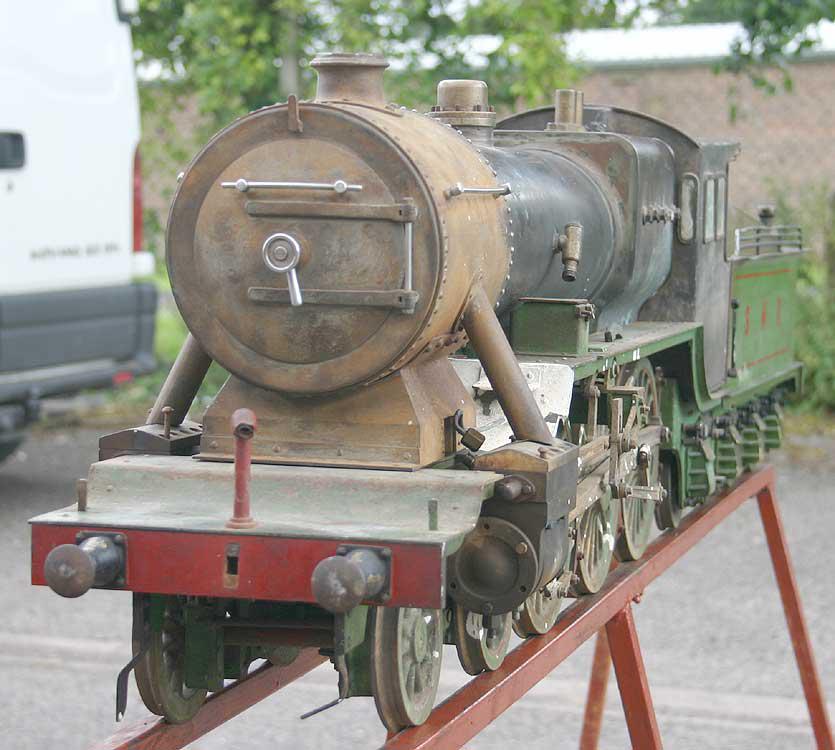 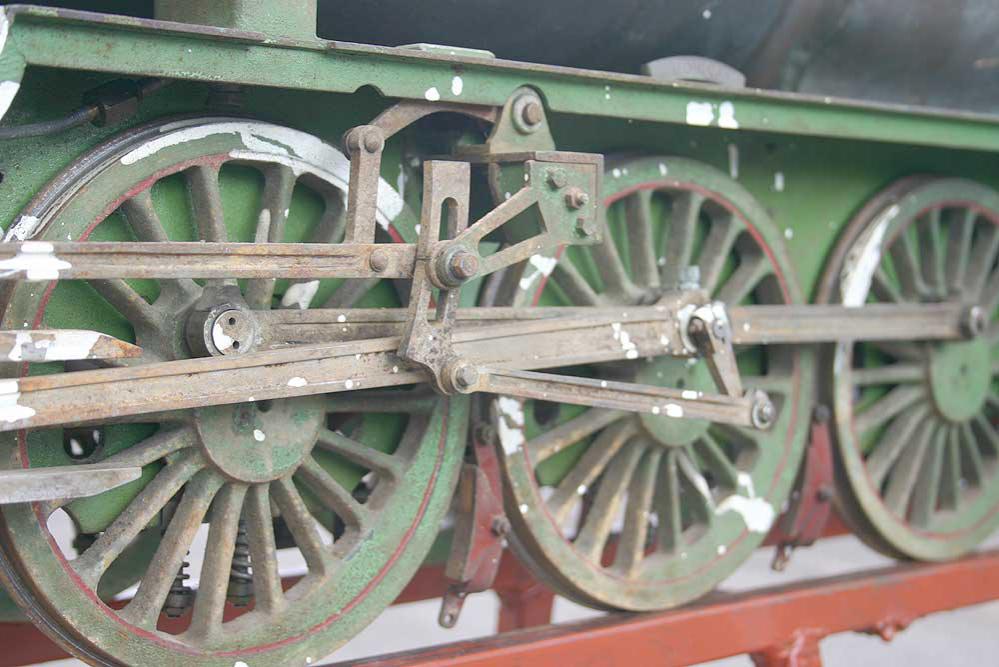 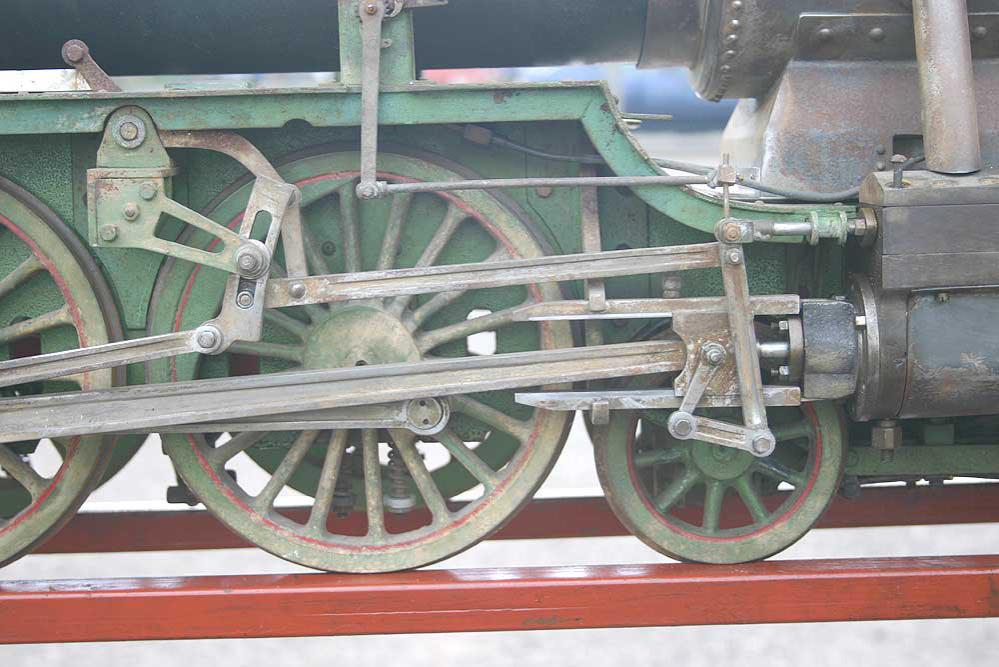 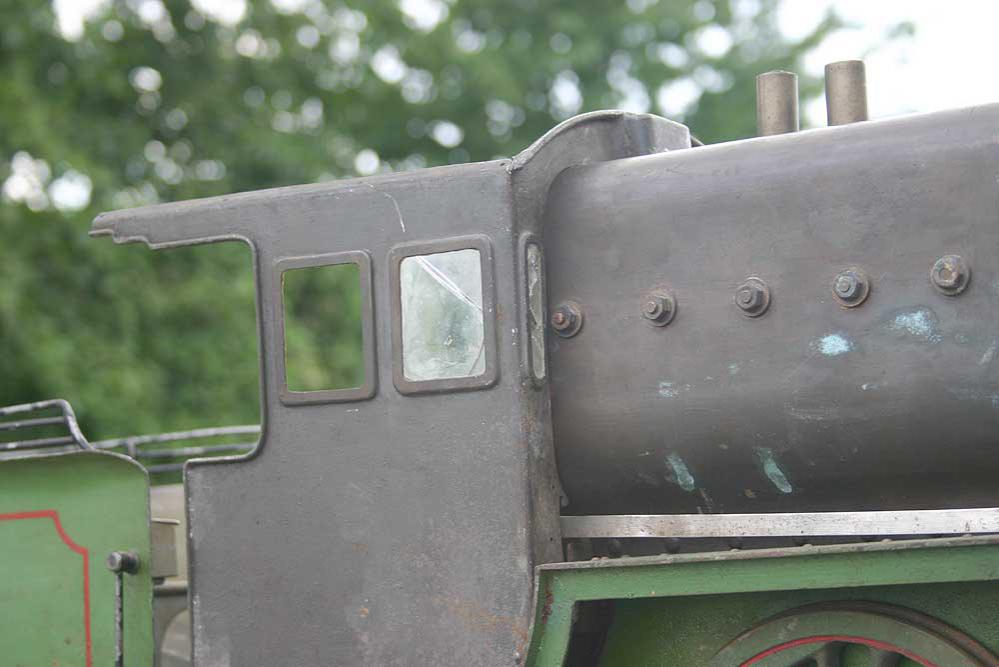 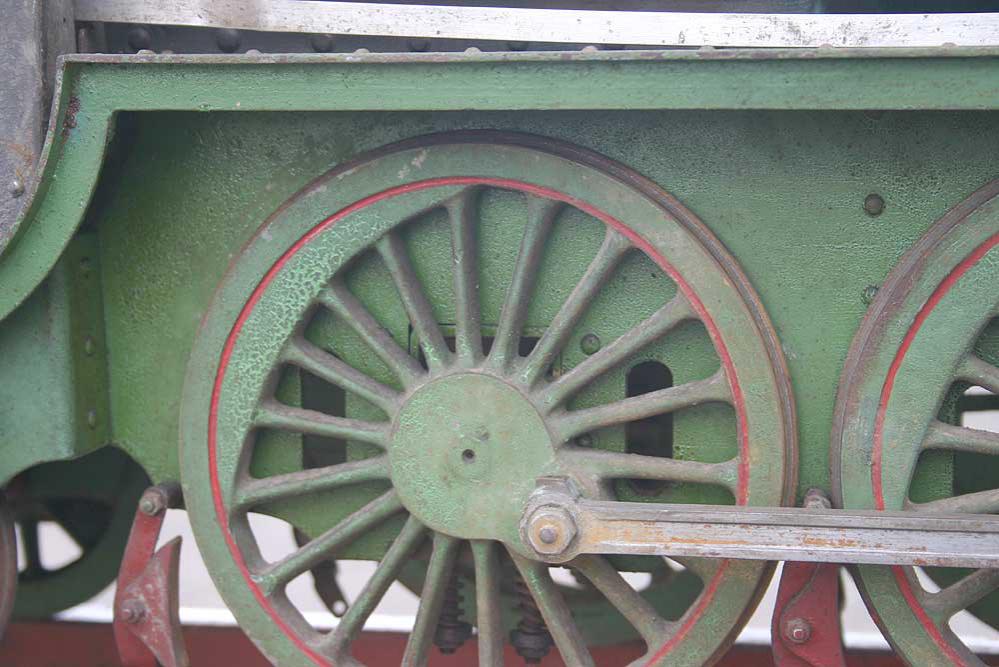 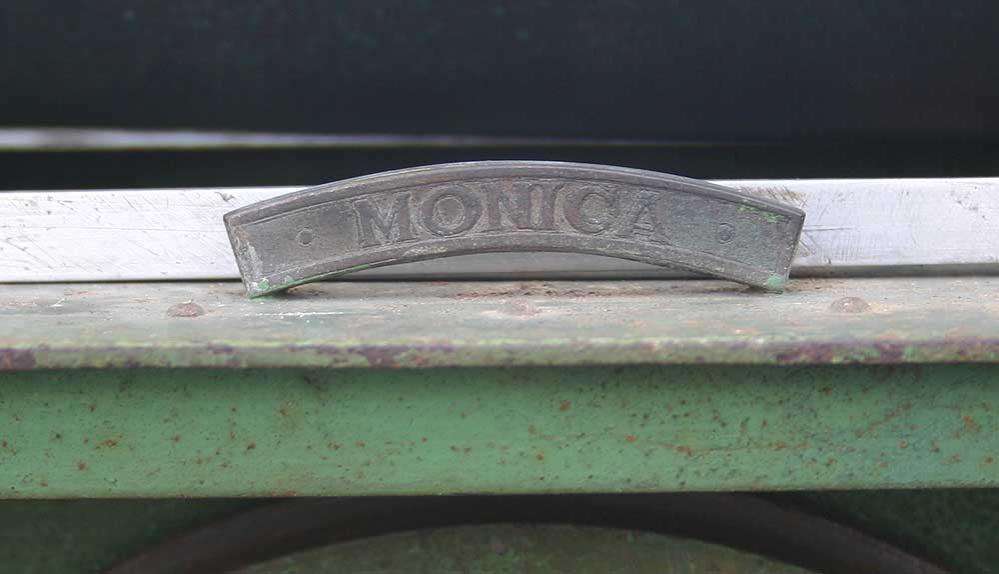 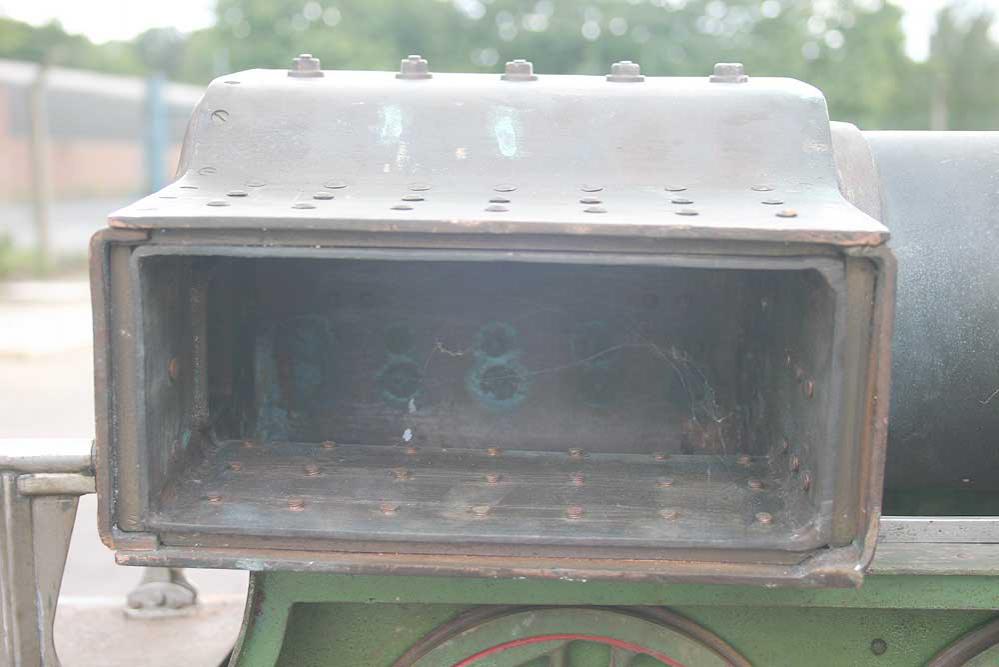 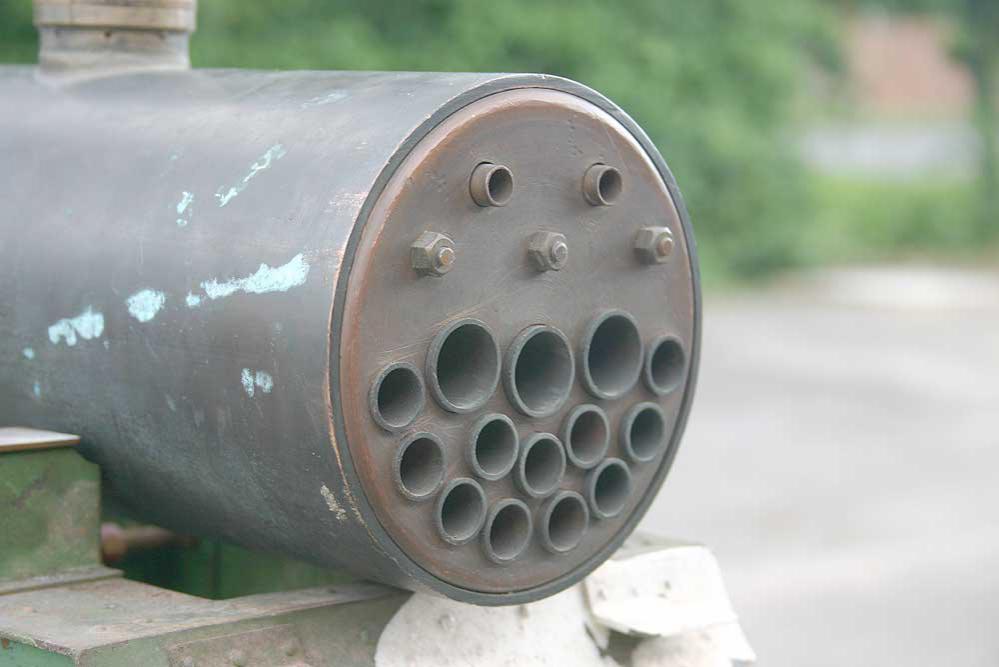 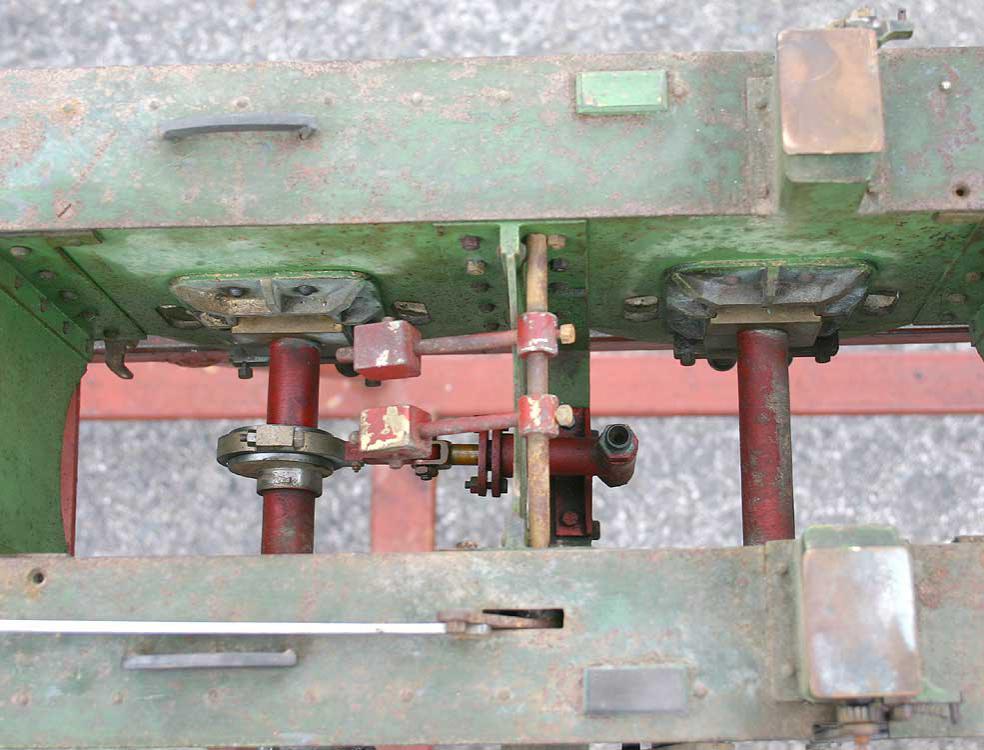 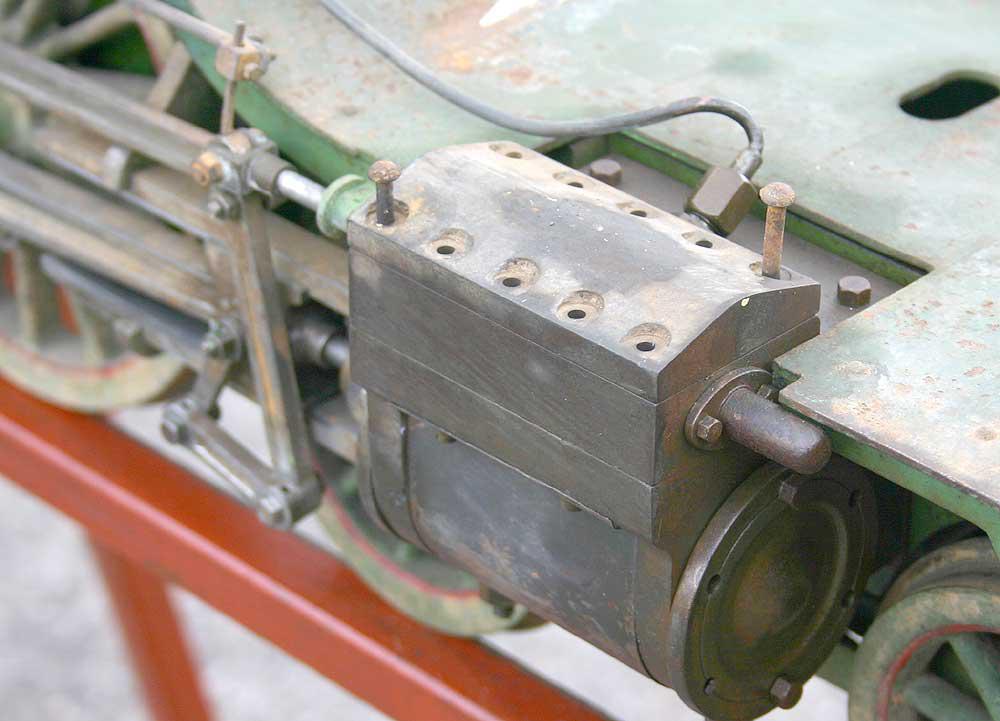 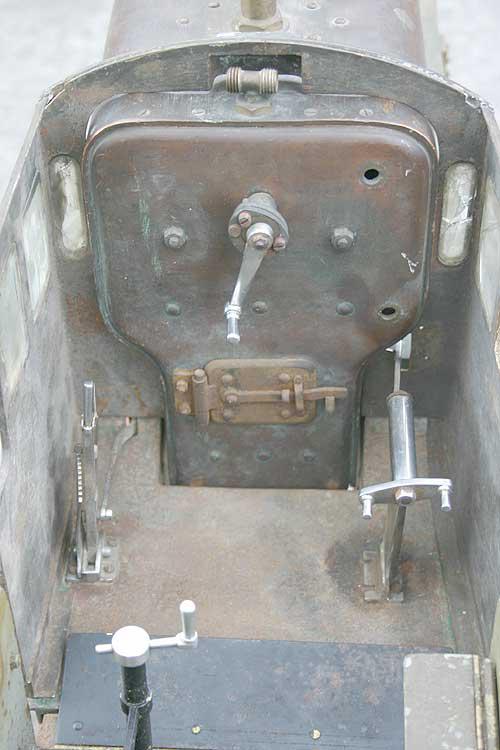 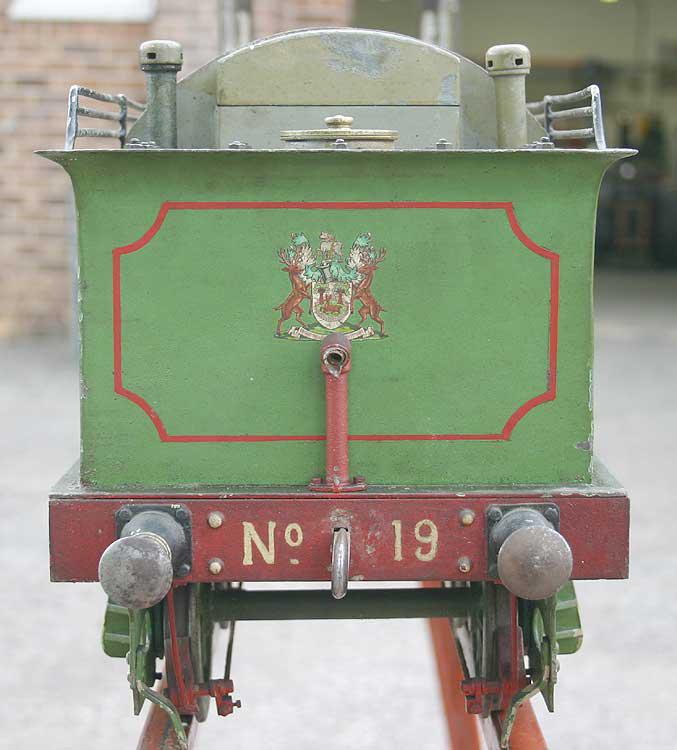 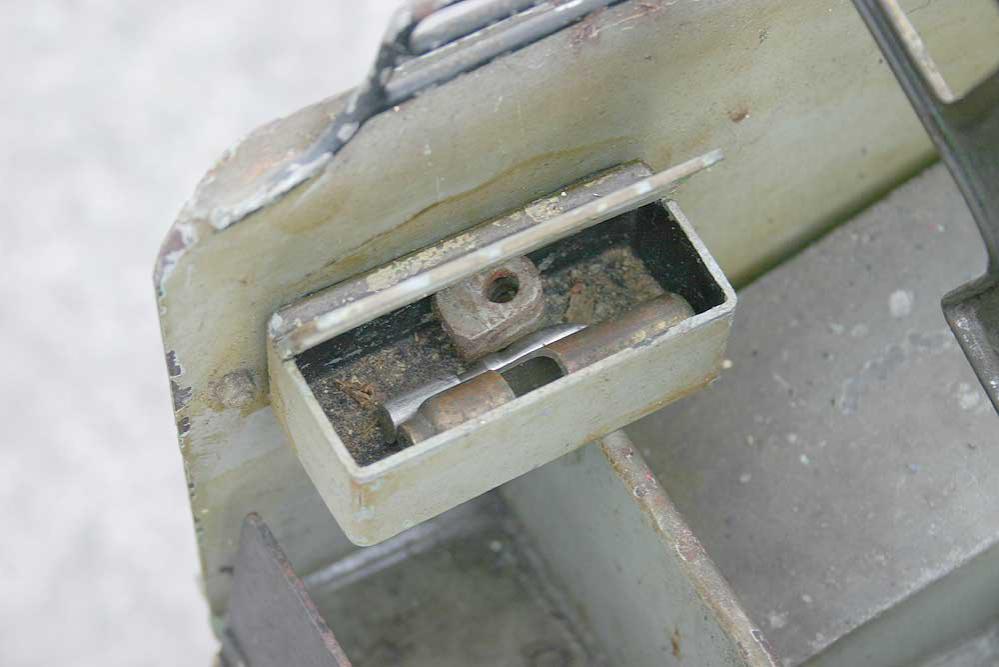 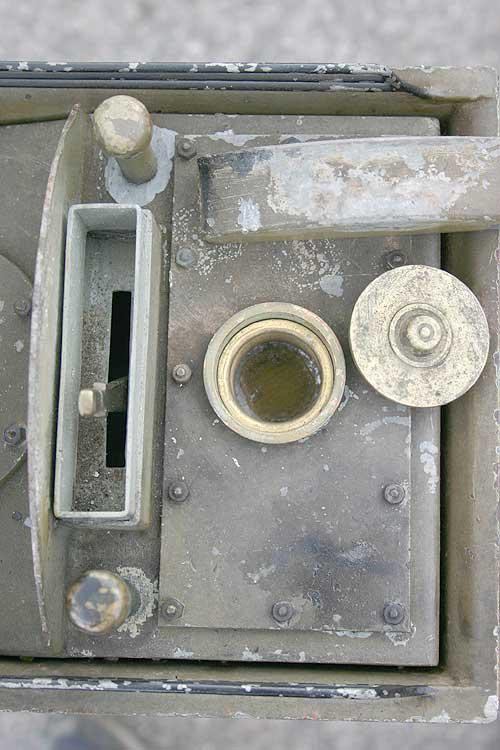 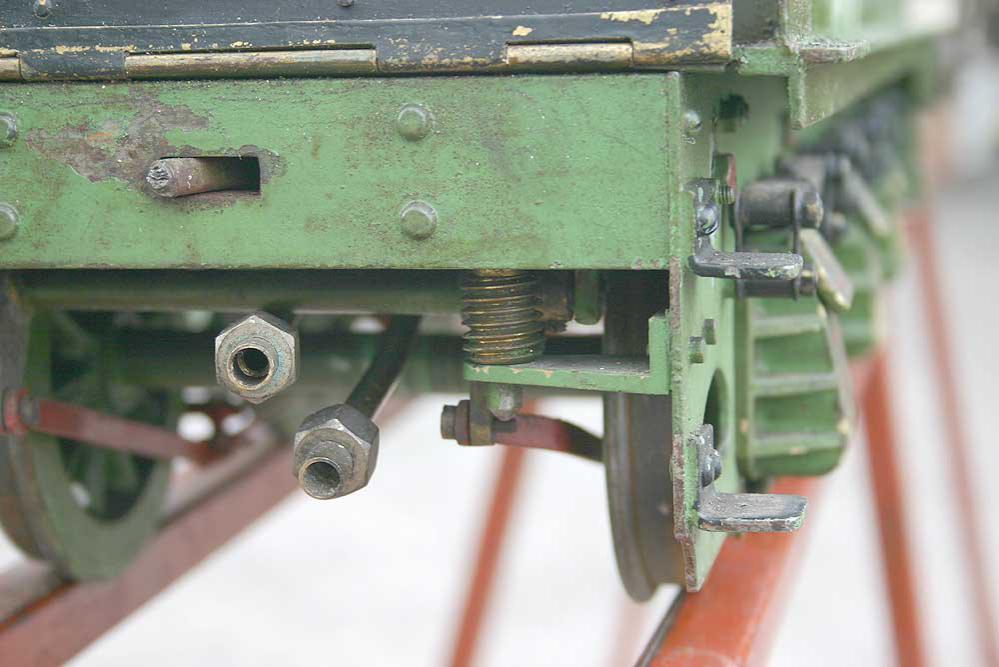 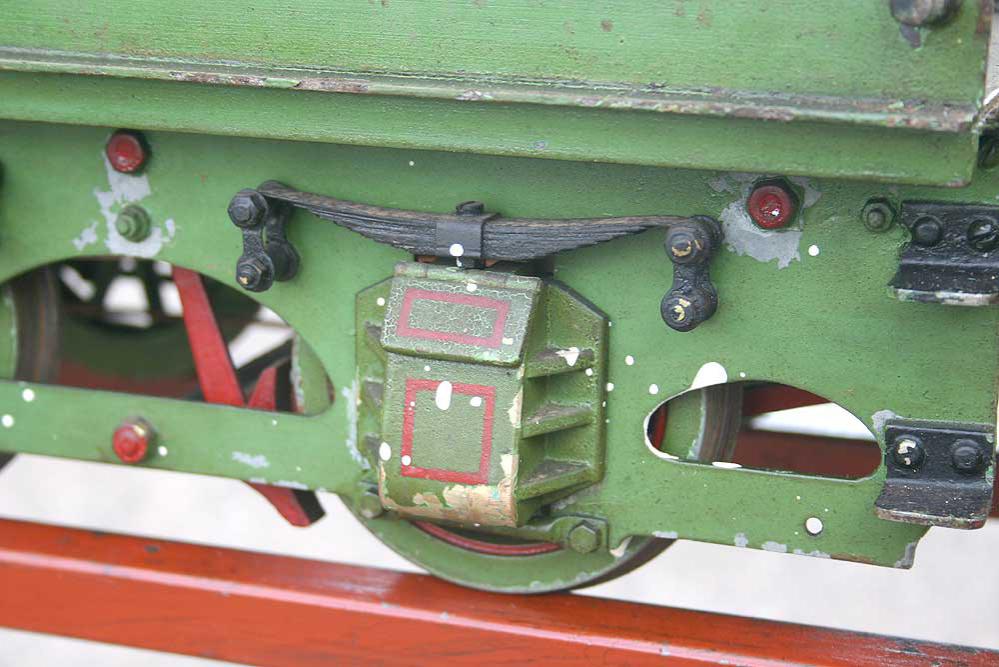 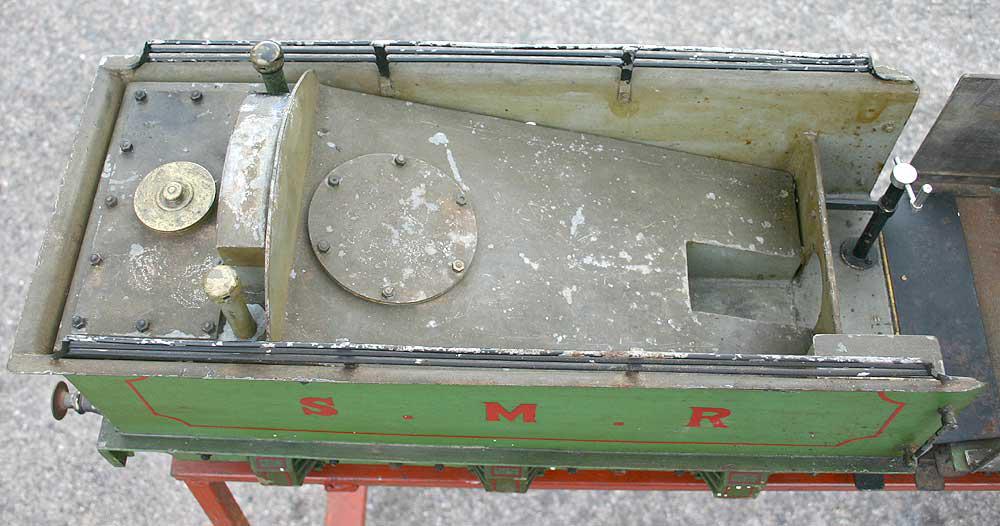 A large, well-proportioned Pacific that probably qualifies for the most protracted build award. It appears a) ancient and b) unused - I think it's been sitting around accumulating rust, muck and (apparently) the contents of a tin of emulsion for at least the last sixty years.

The chassis is largely complete and, with the addition of a couple of pins and some slide valves looks as if it would run on air - it turns over freely. Cast iron cylinders, slide valves actuated by Walschaert's valve gear, counter-balanced weighshaft, screw reverser in cab. Twin mechanical lubricators. The wheels are coil sprung from beneath, the tender has working leaf springs.

Boiler is copper, 90% complete, of substantial construction and nicely made. It requires the front tubeplate and foundation ring soldering in.

A great deal of nice quality work has already gone into this engine, it would be well worth completing. Another one of those projects that requires time but little by way of extra expenditure.