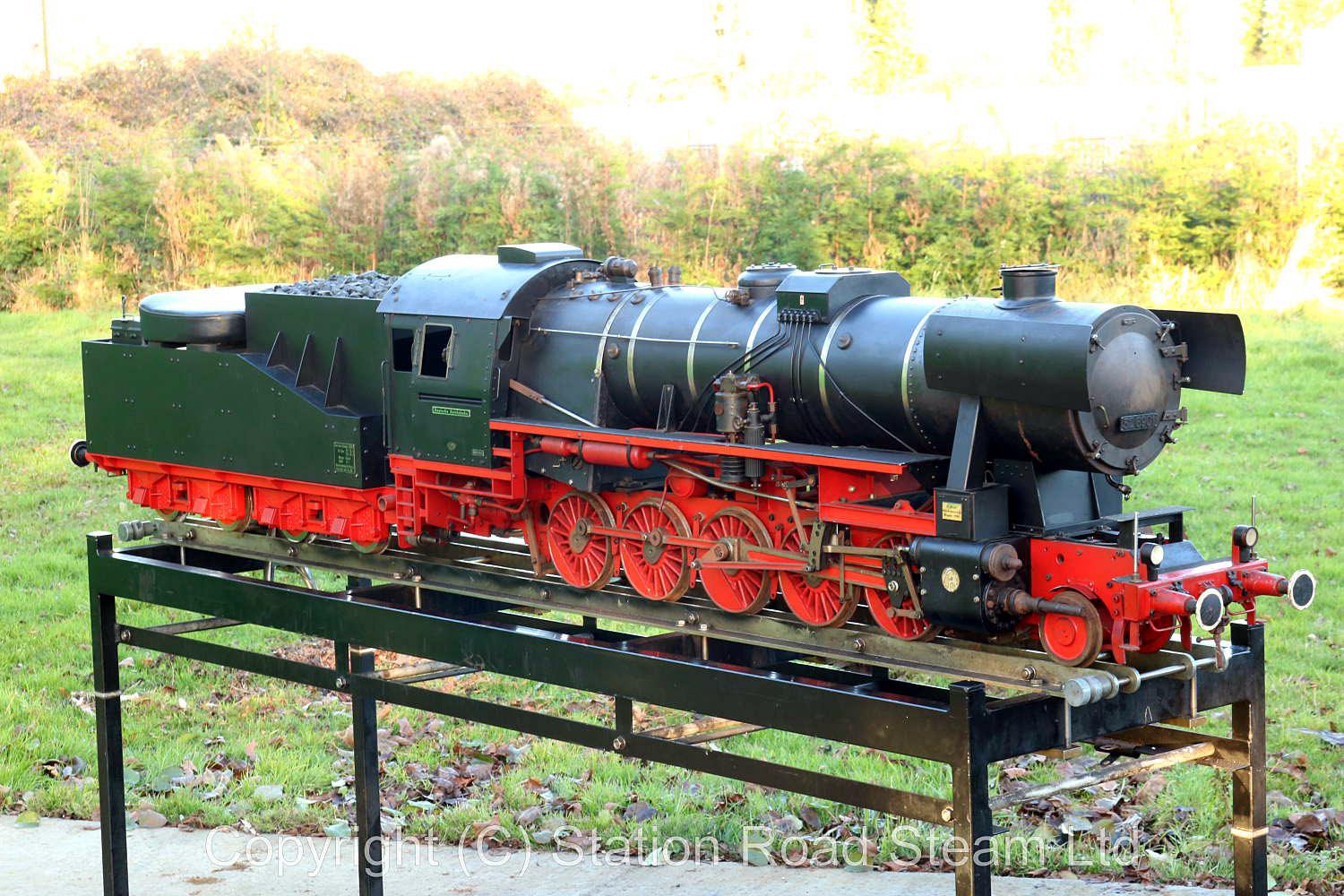 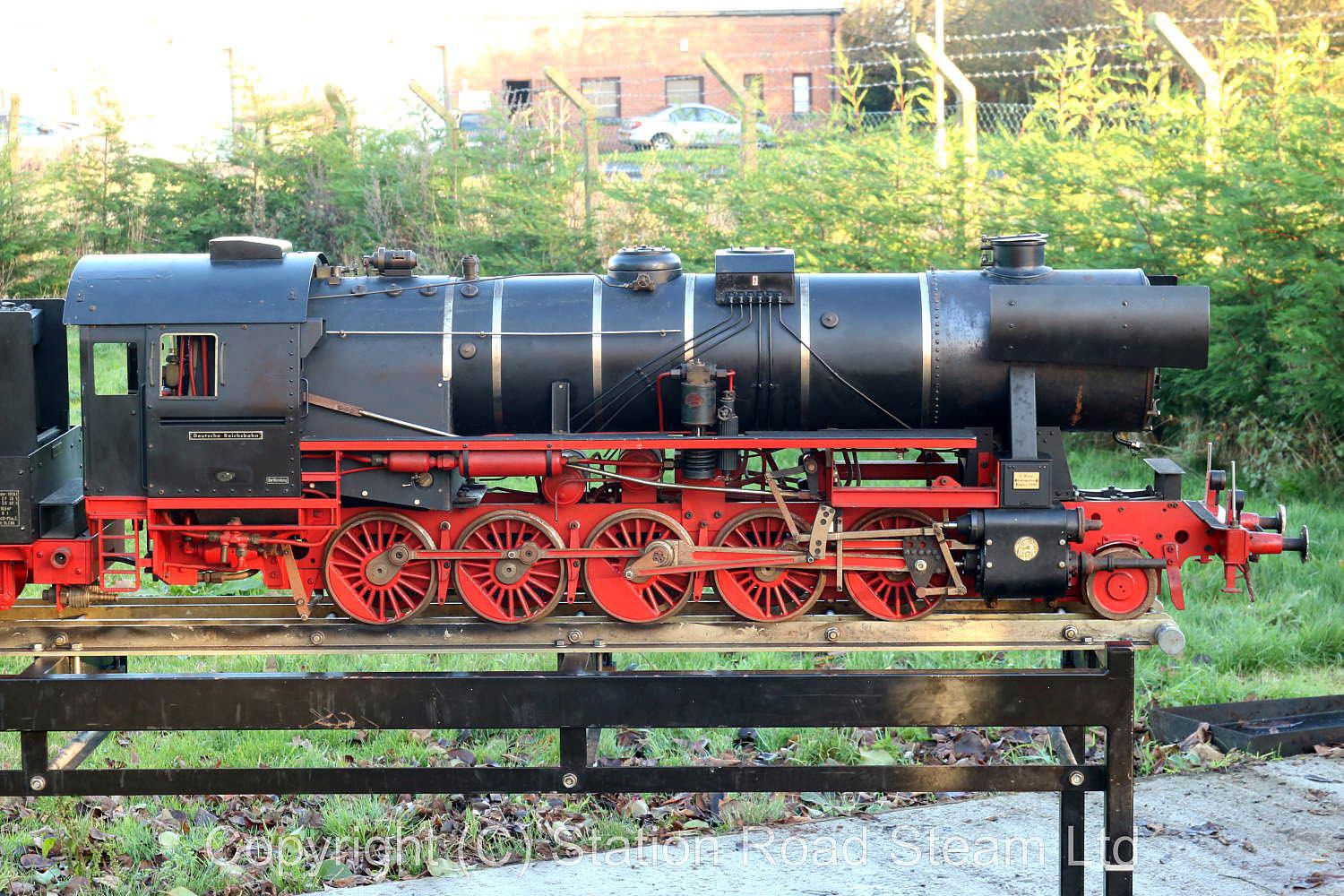 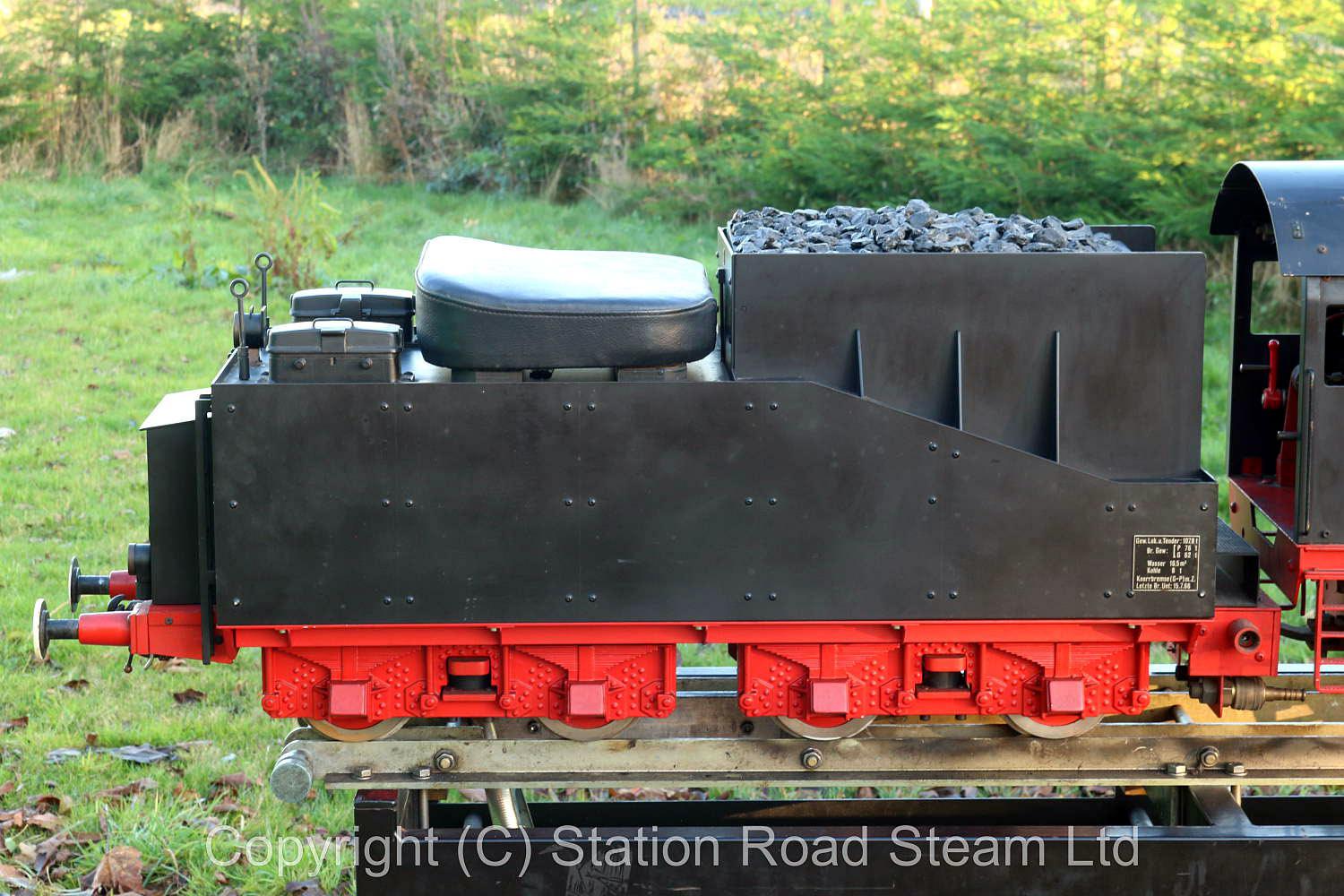 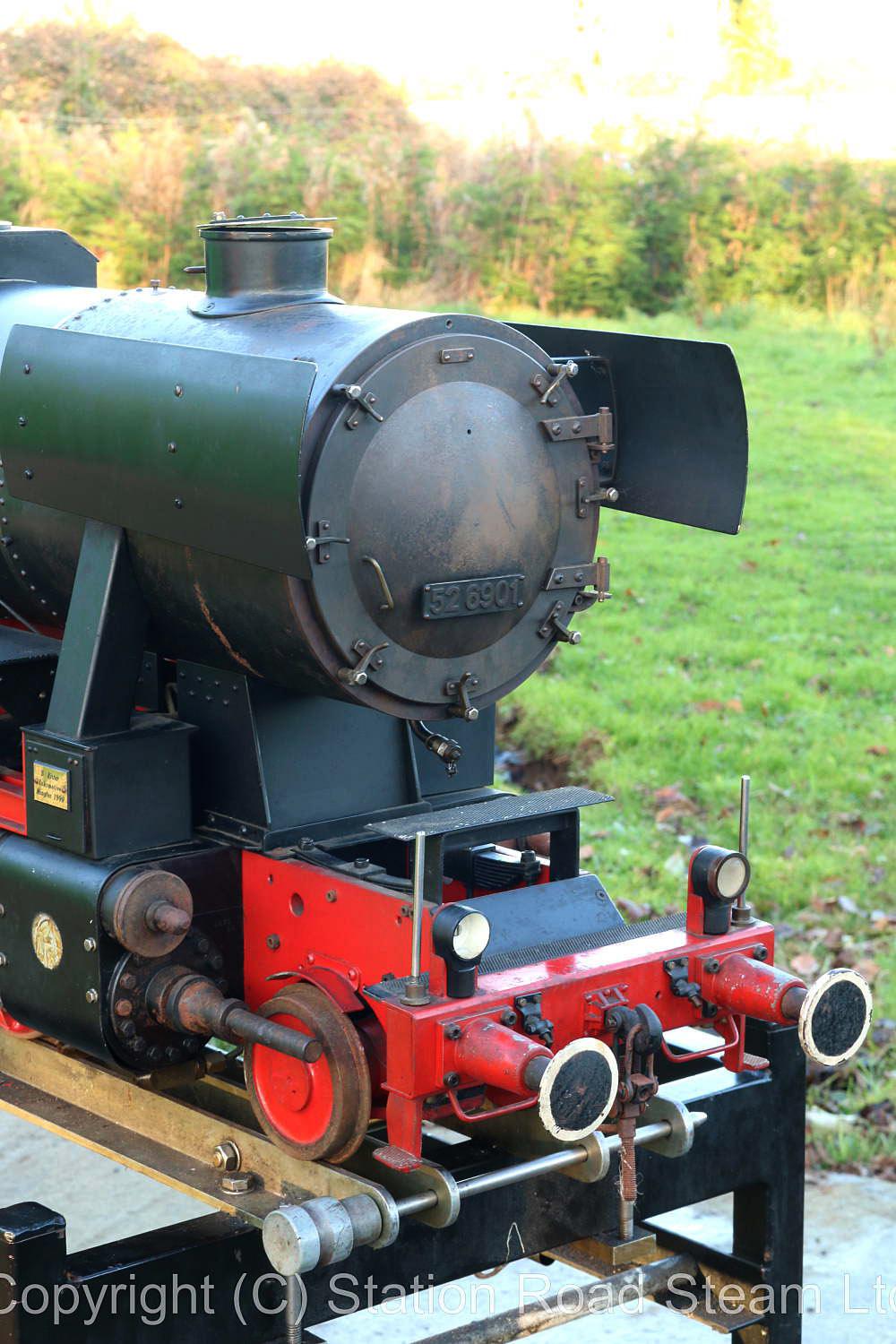 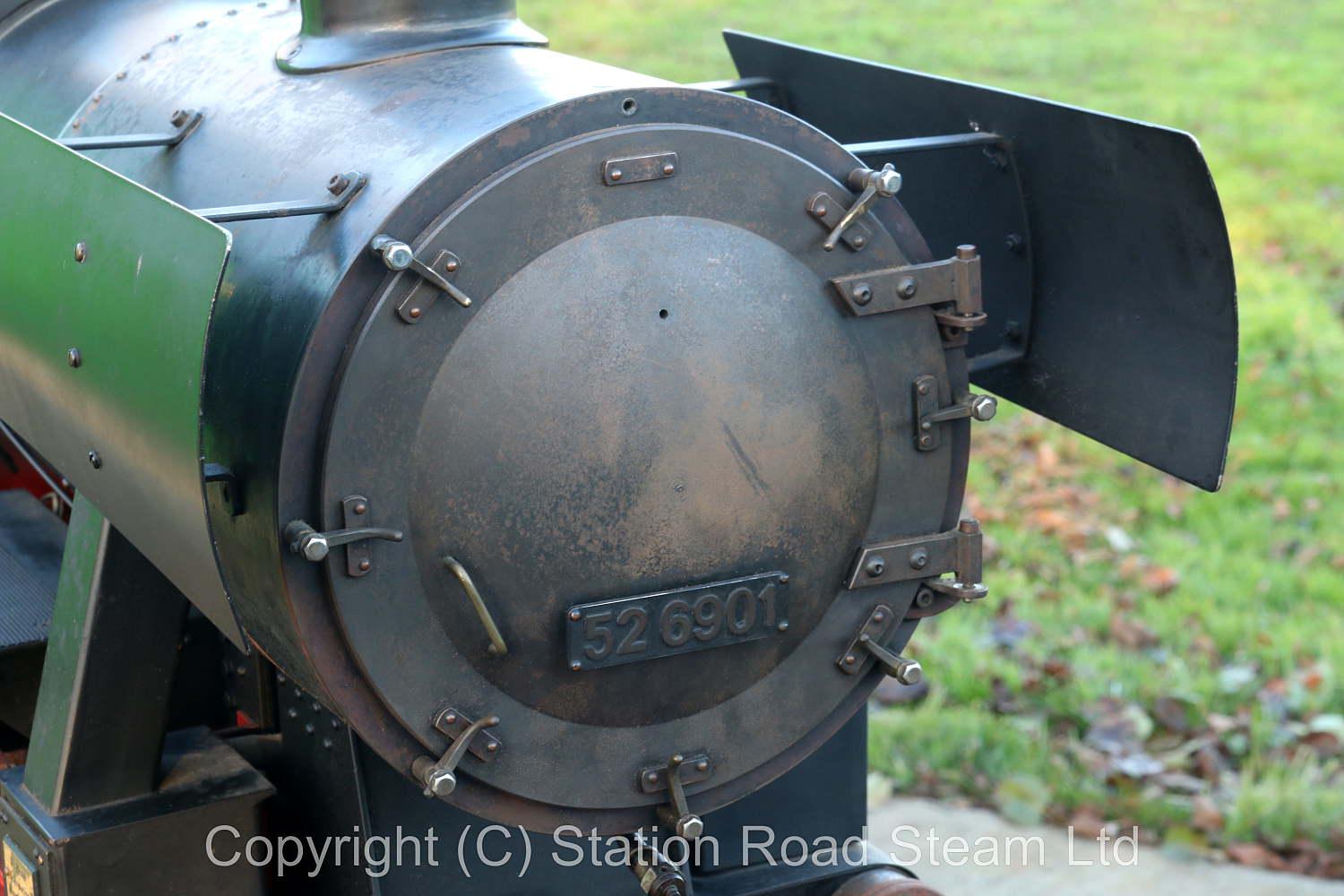 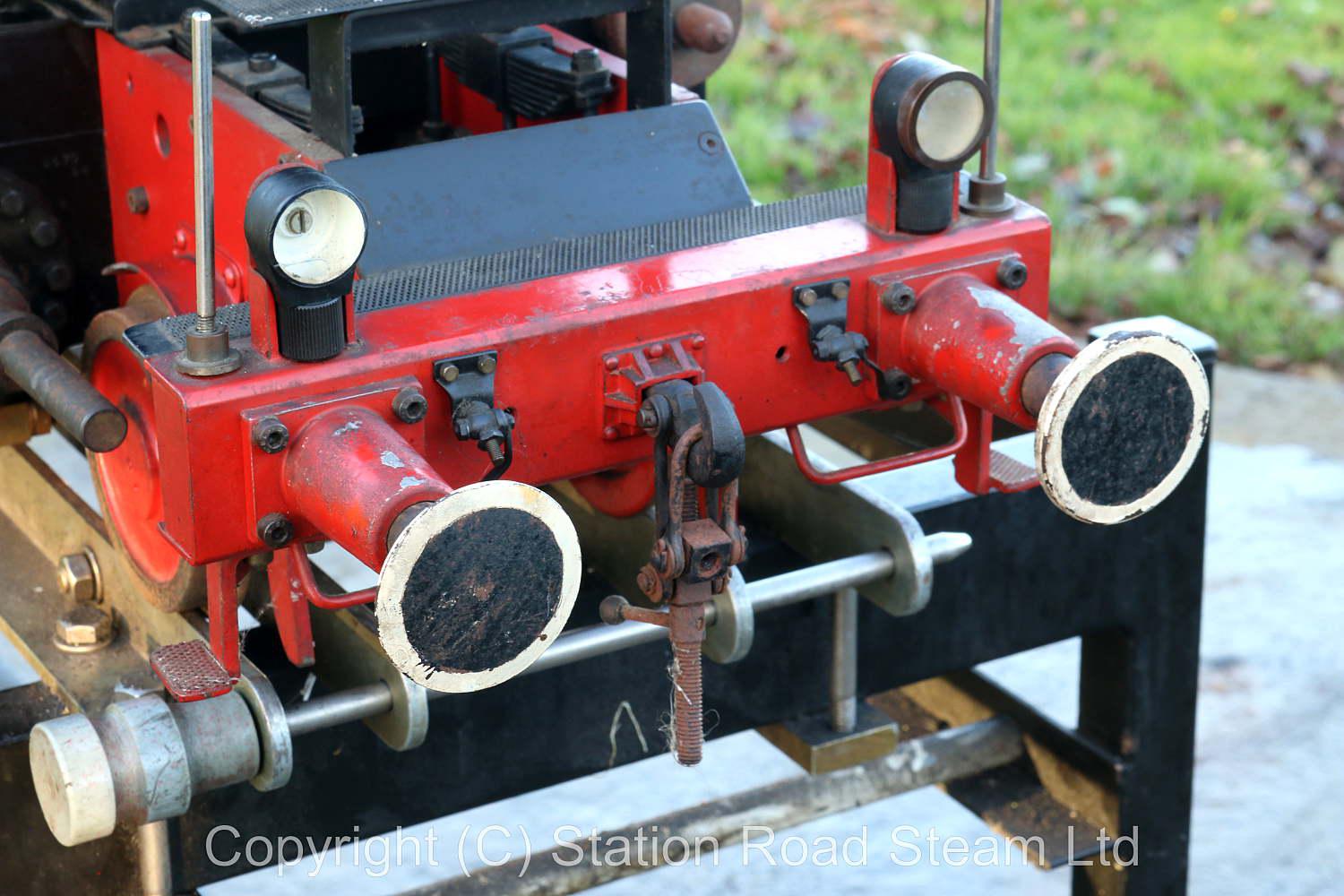 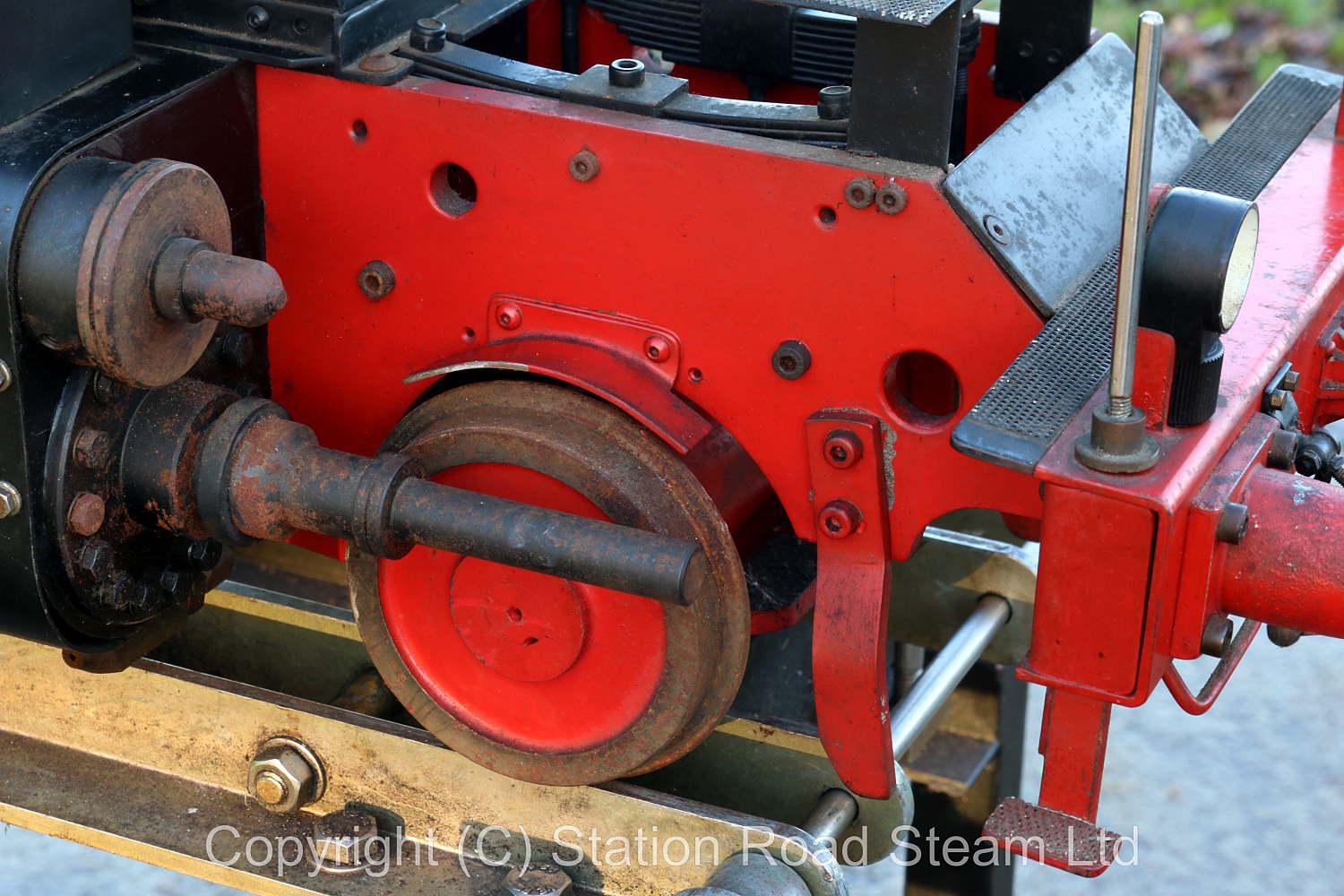 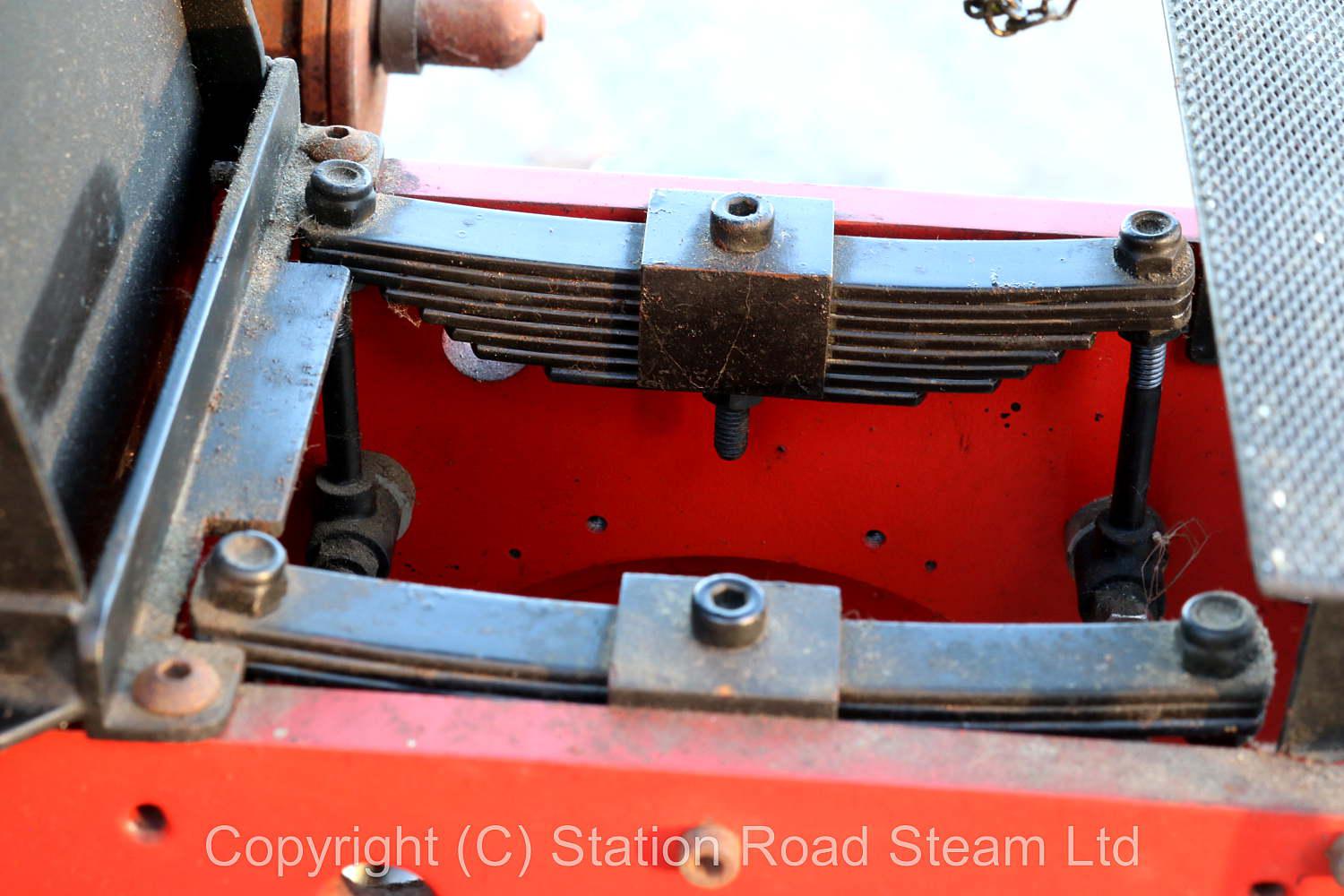 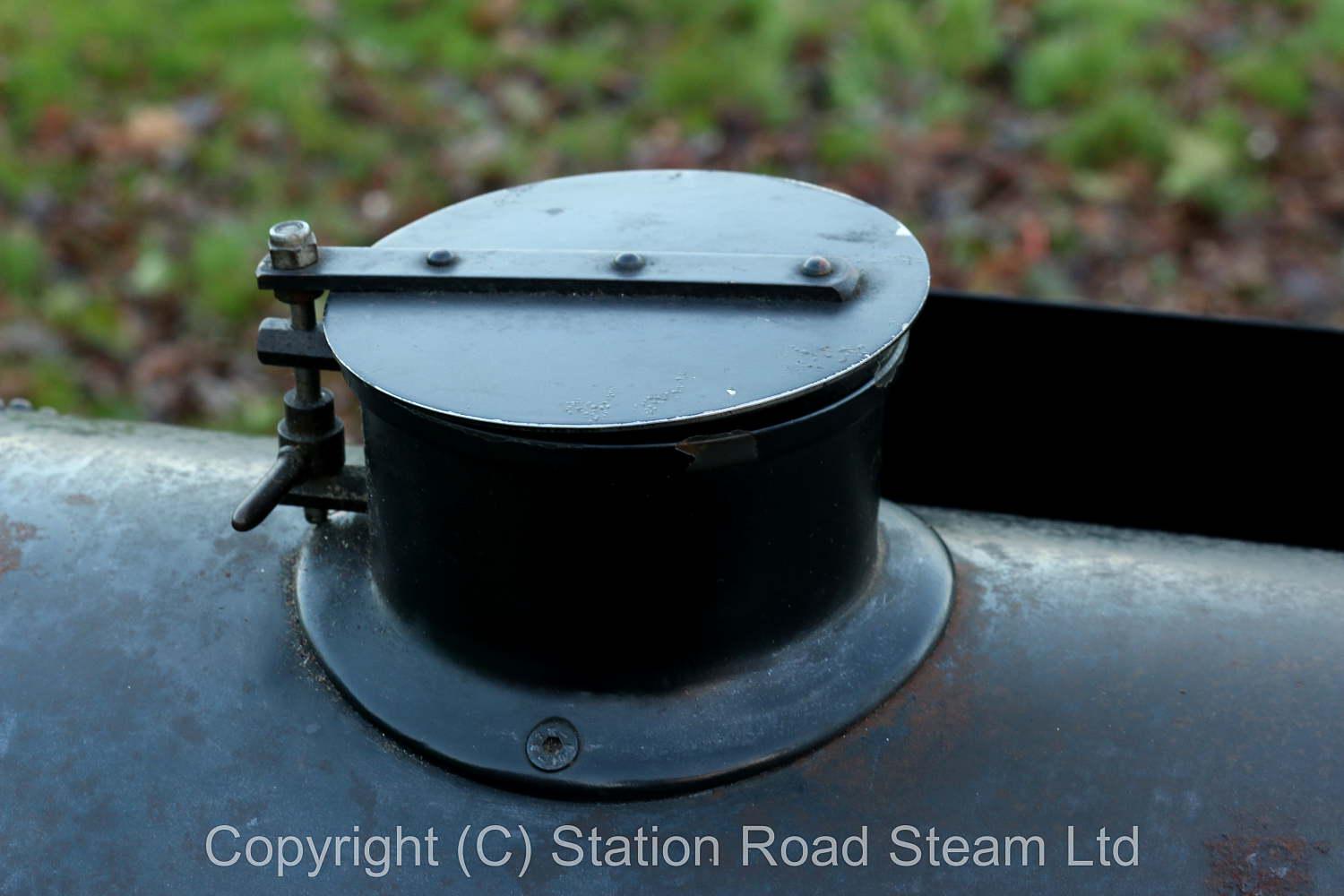 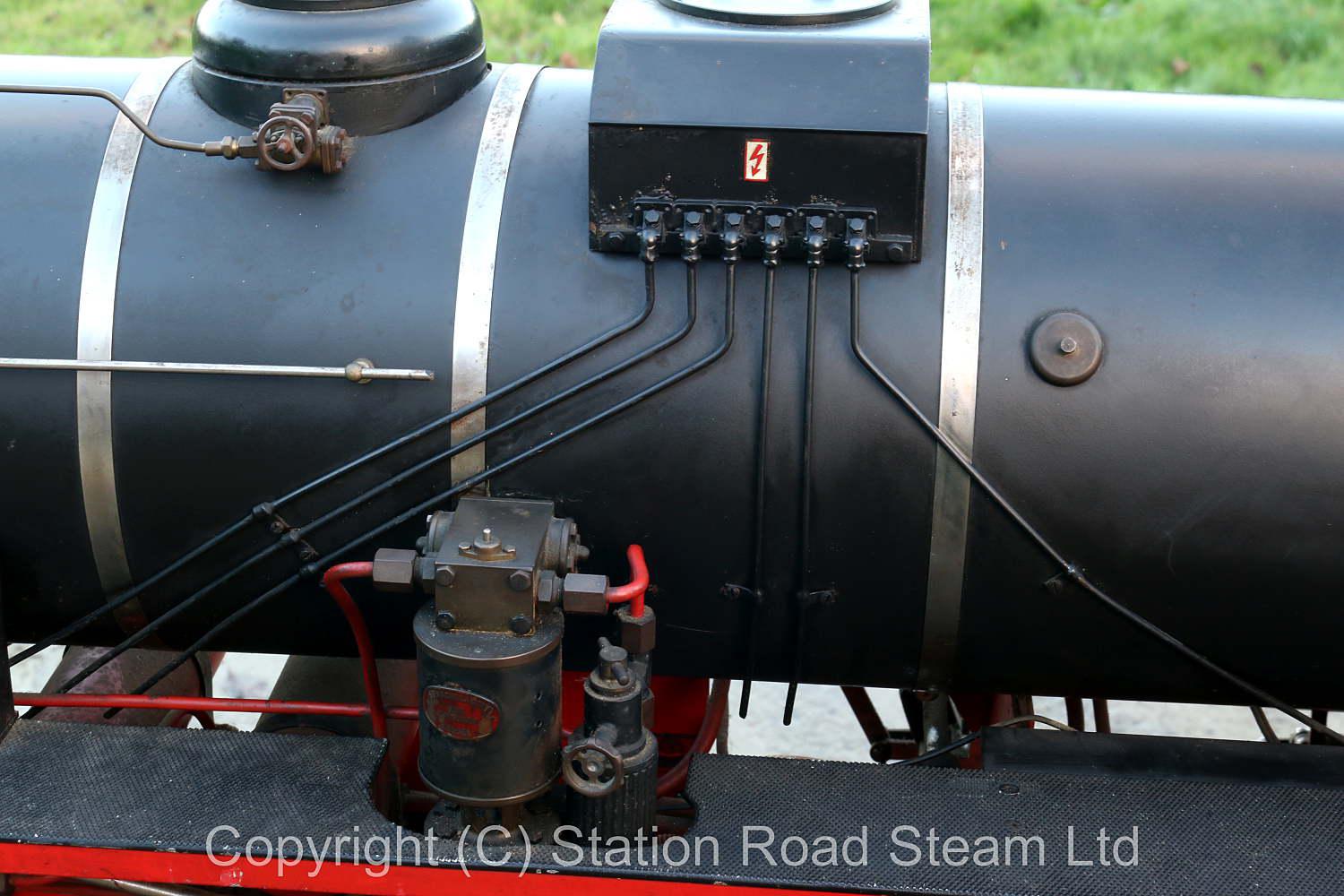 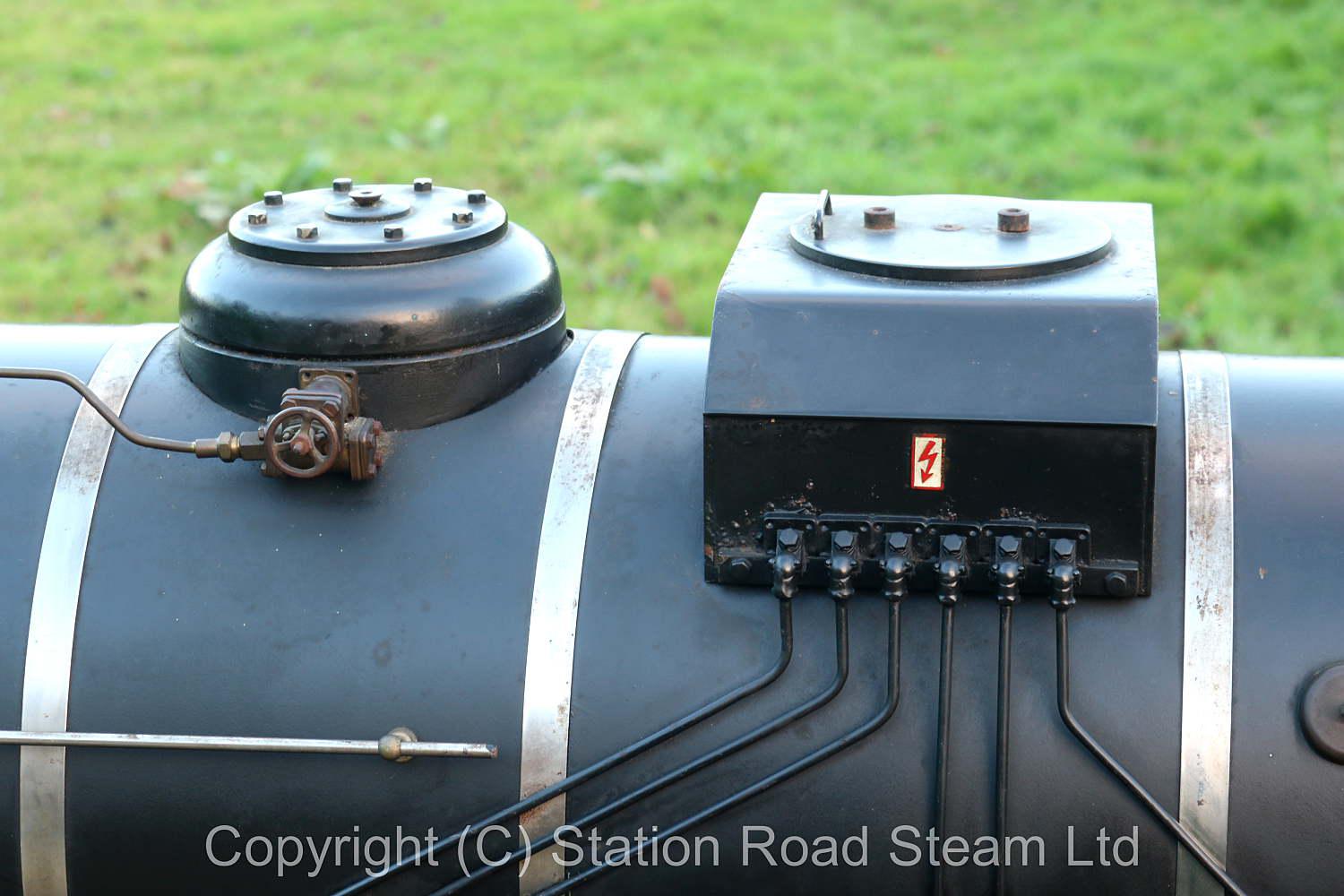 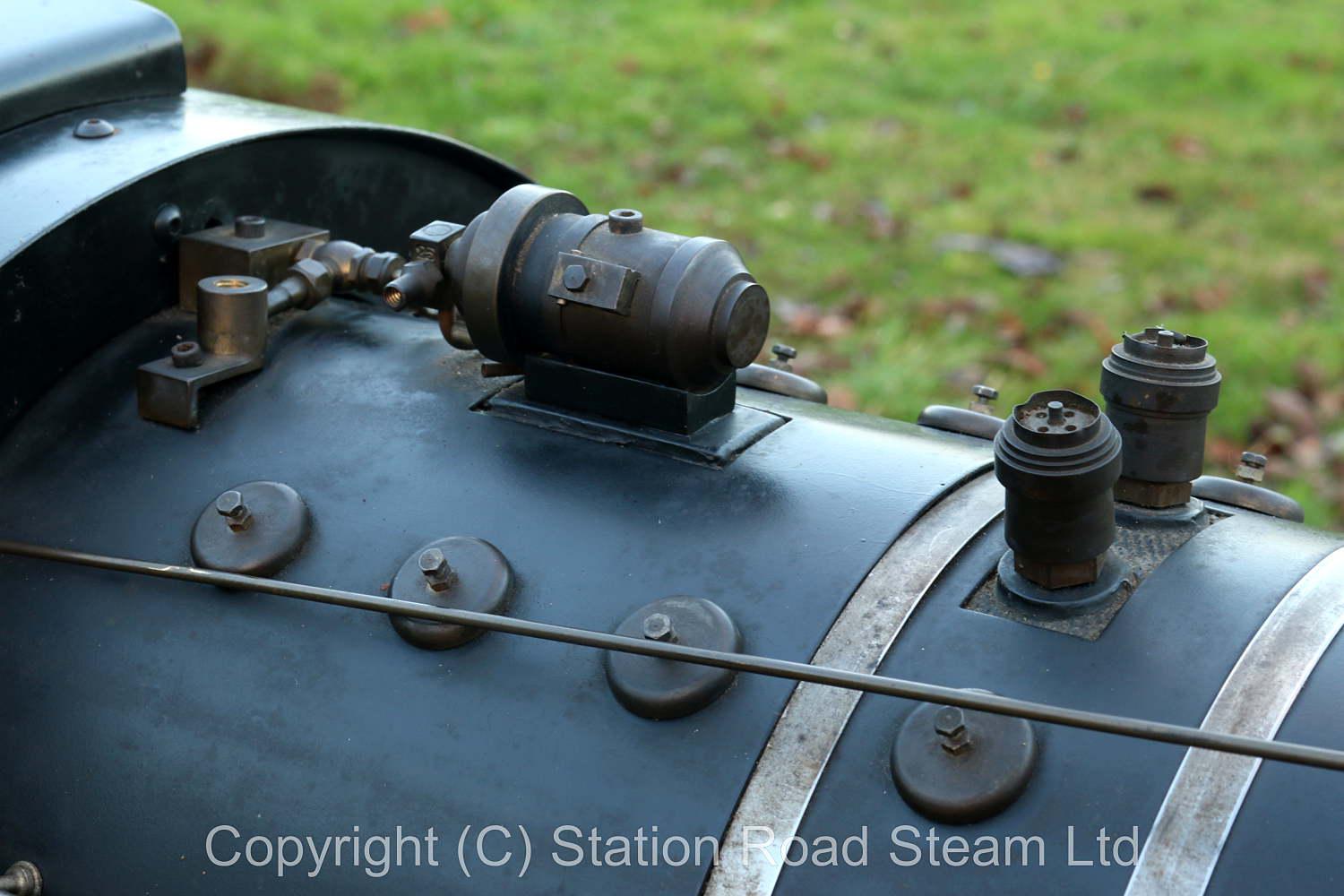 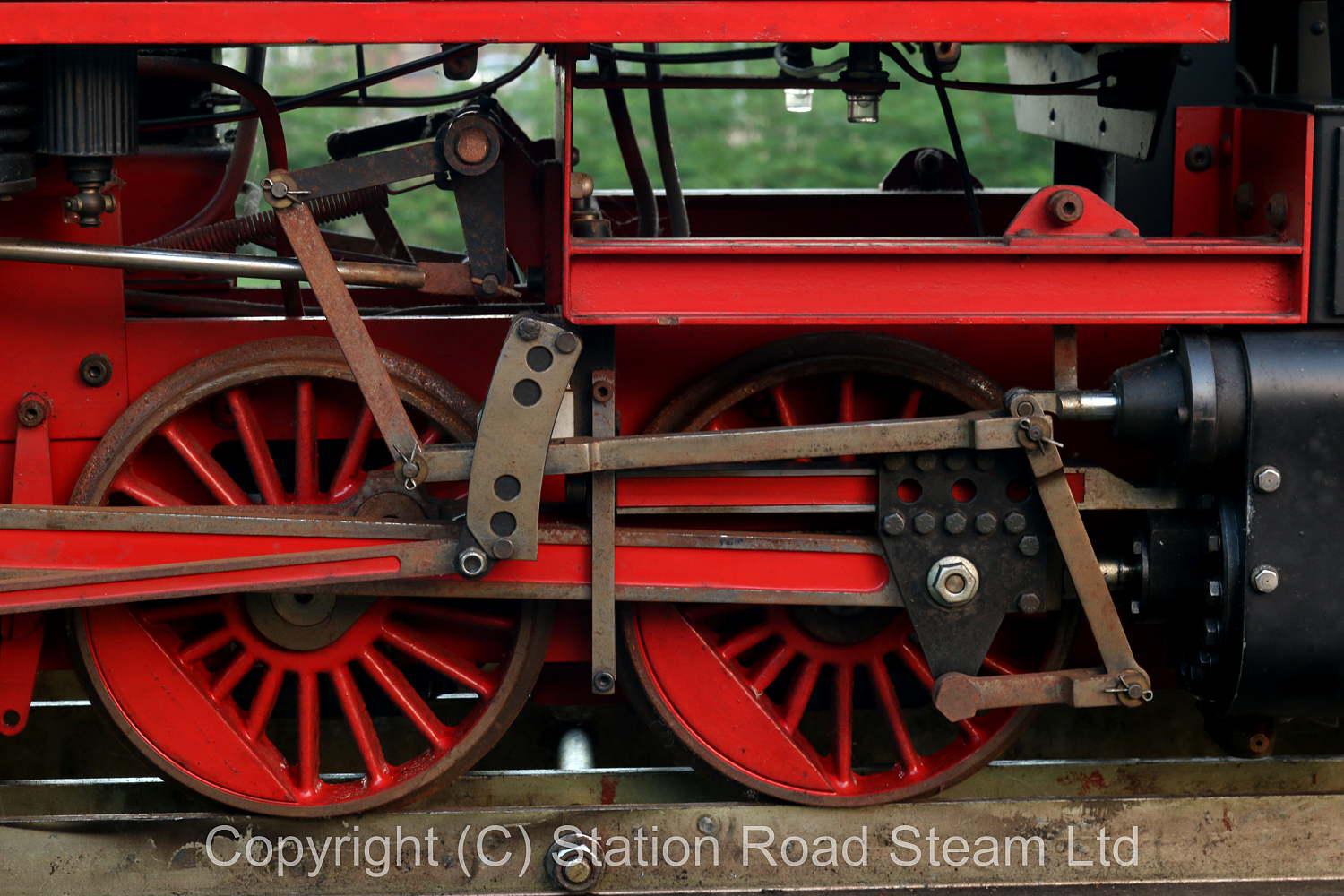 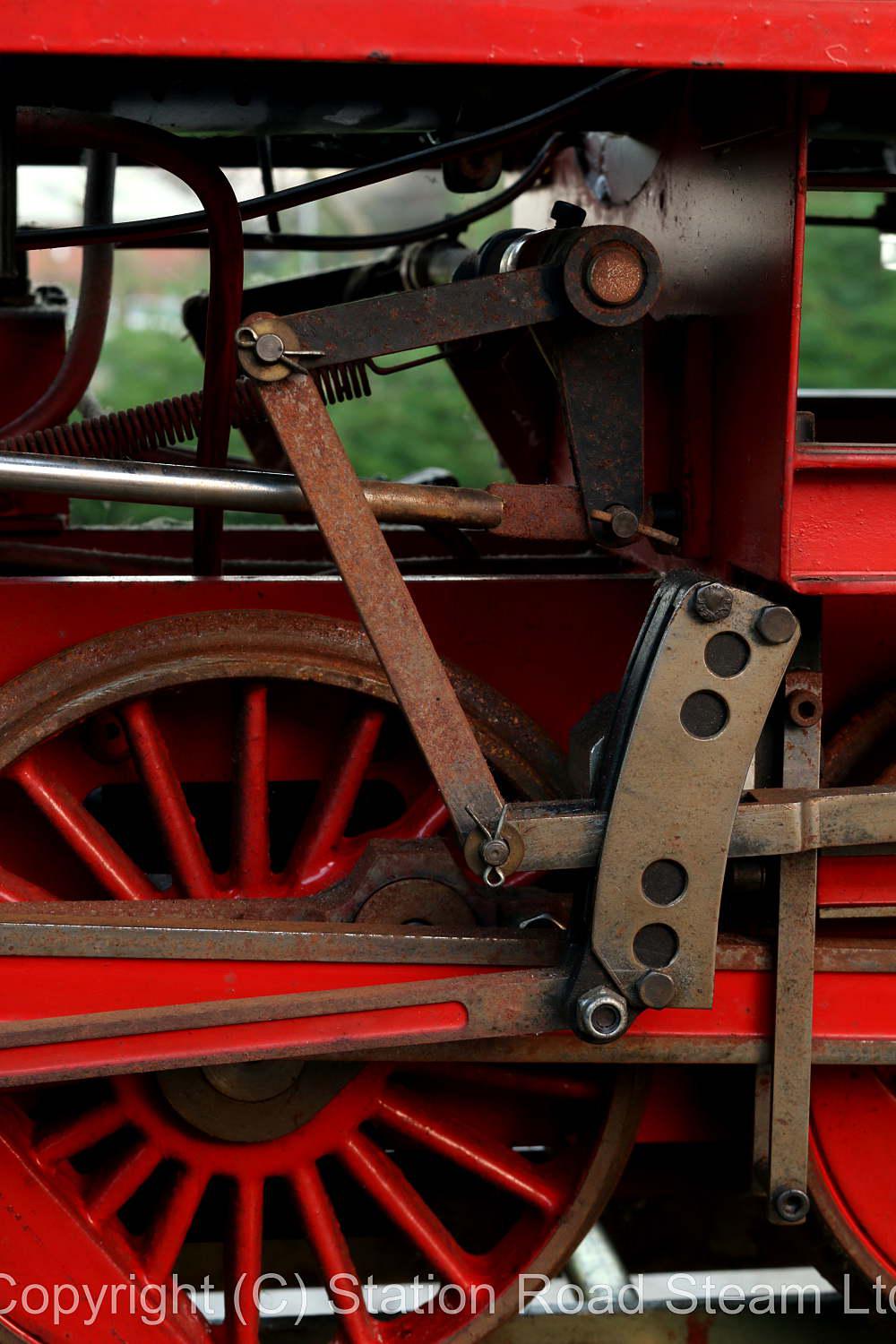 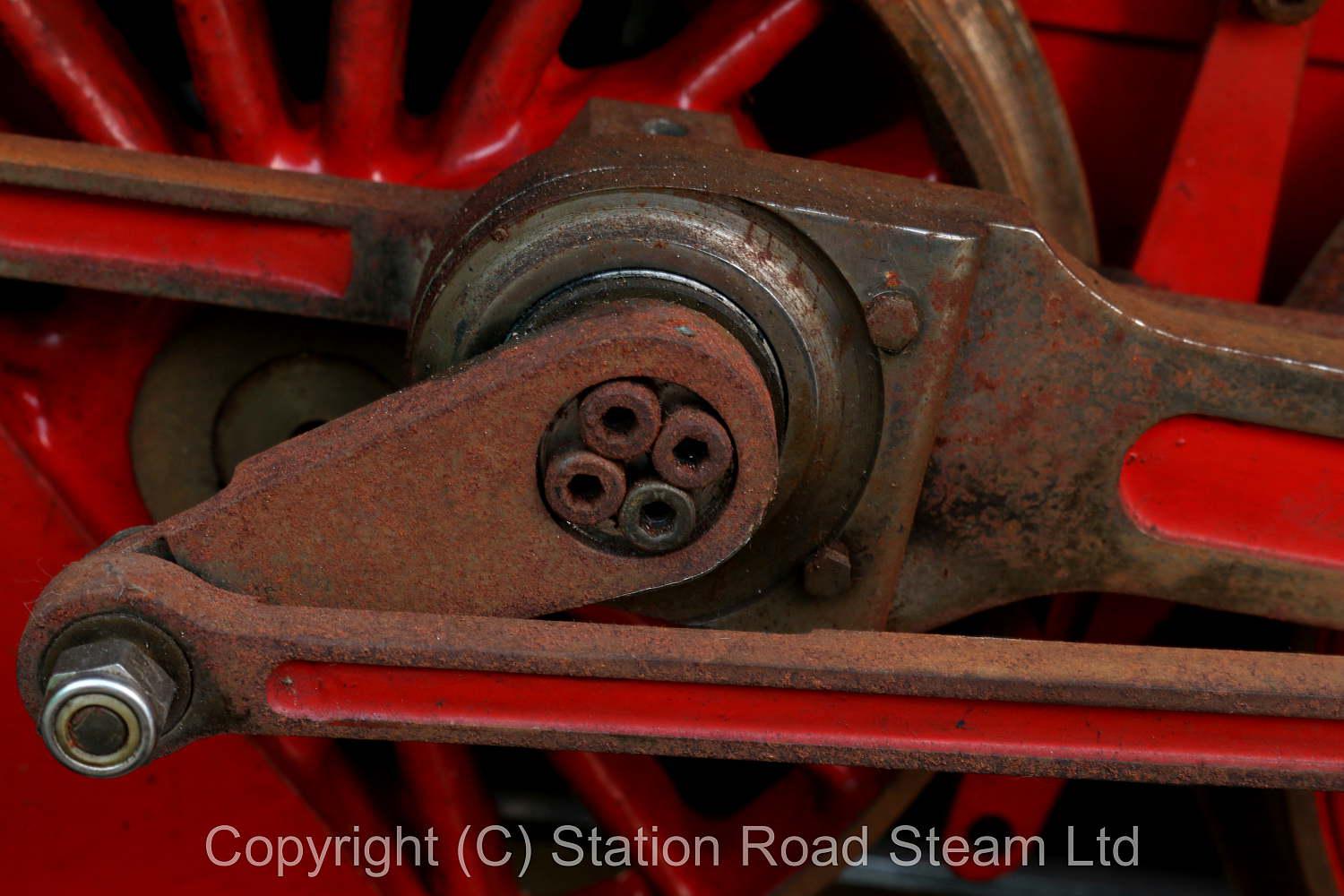 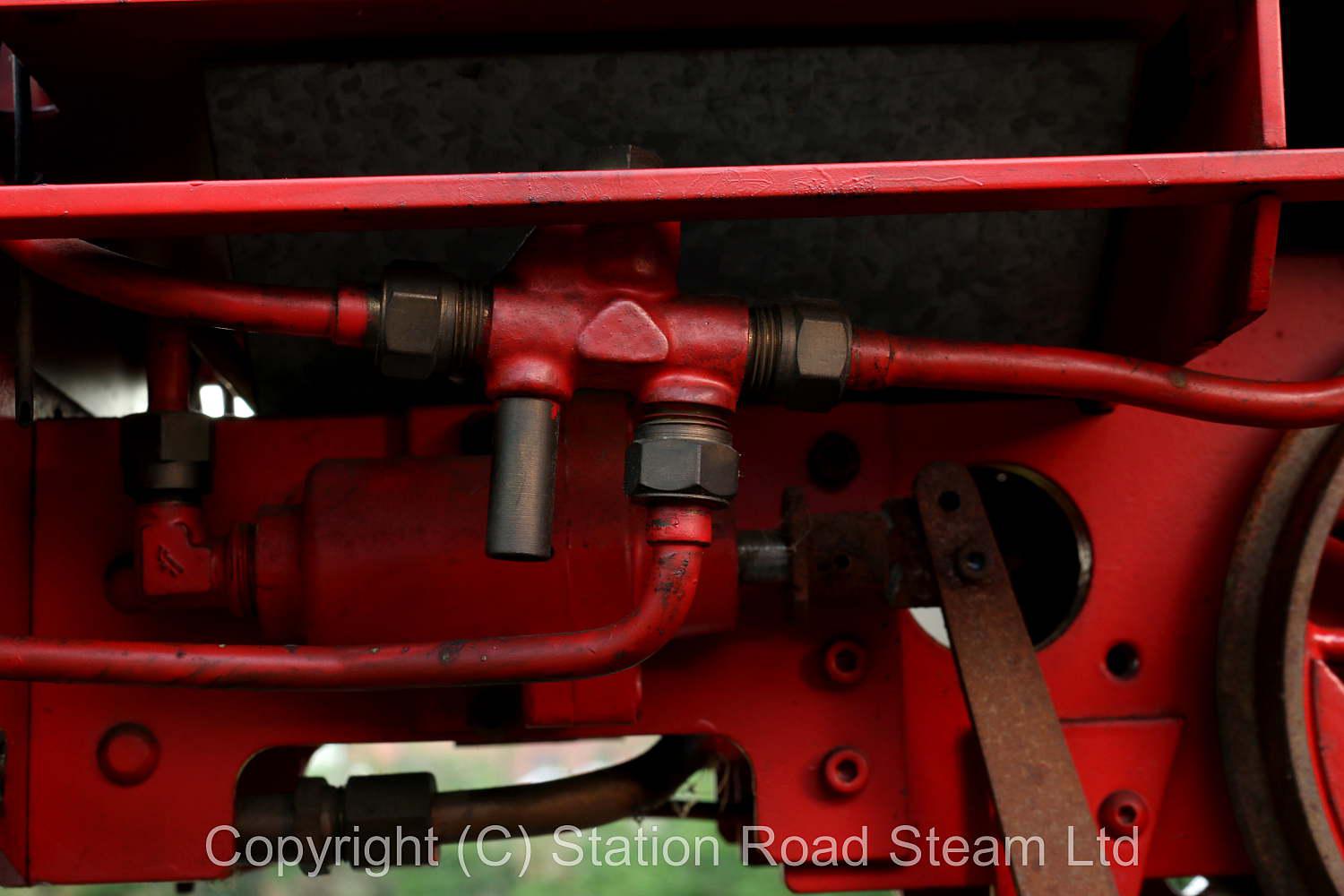 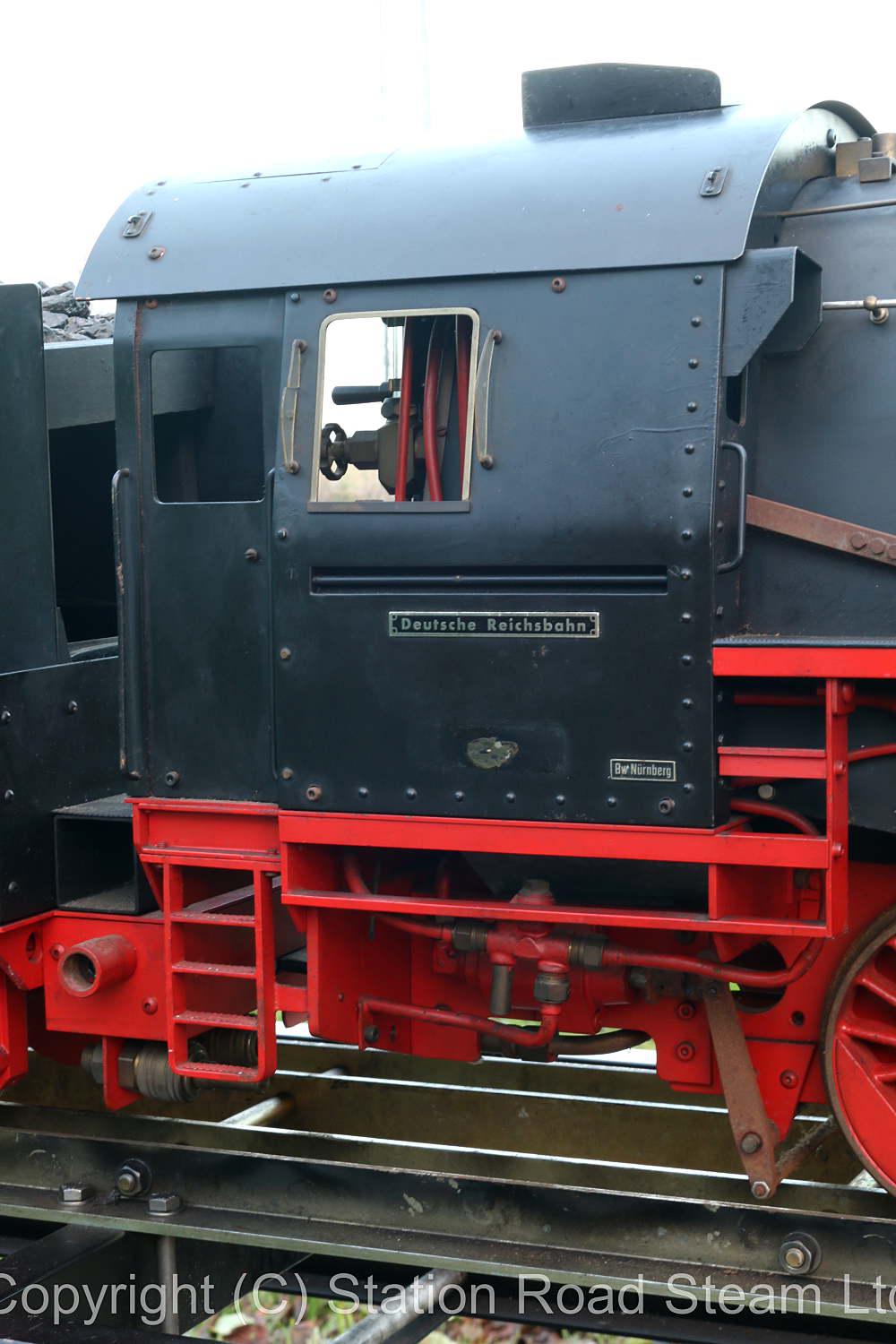 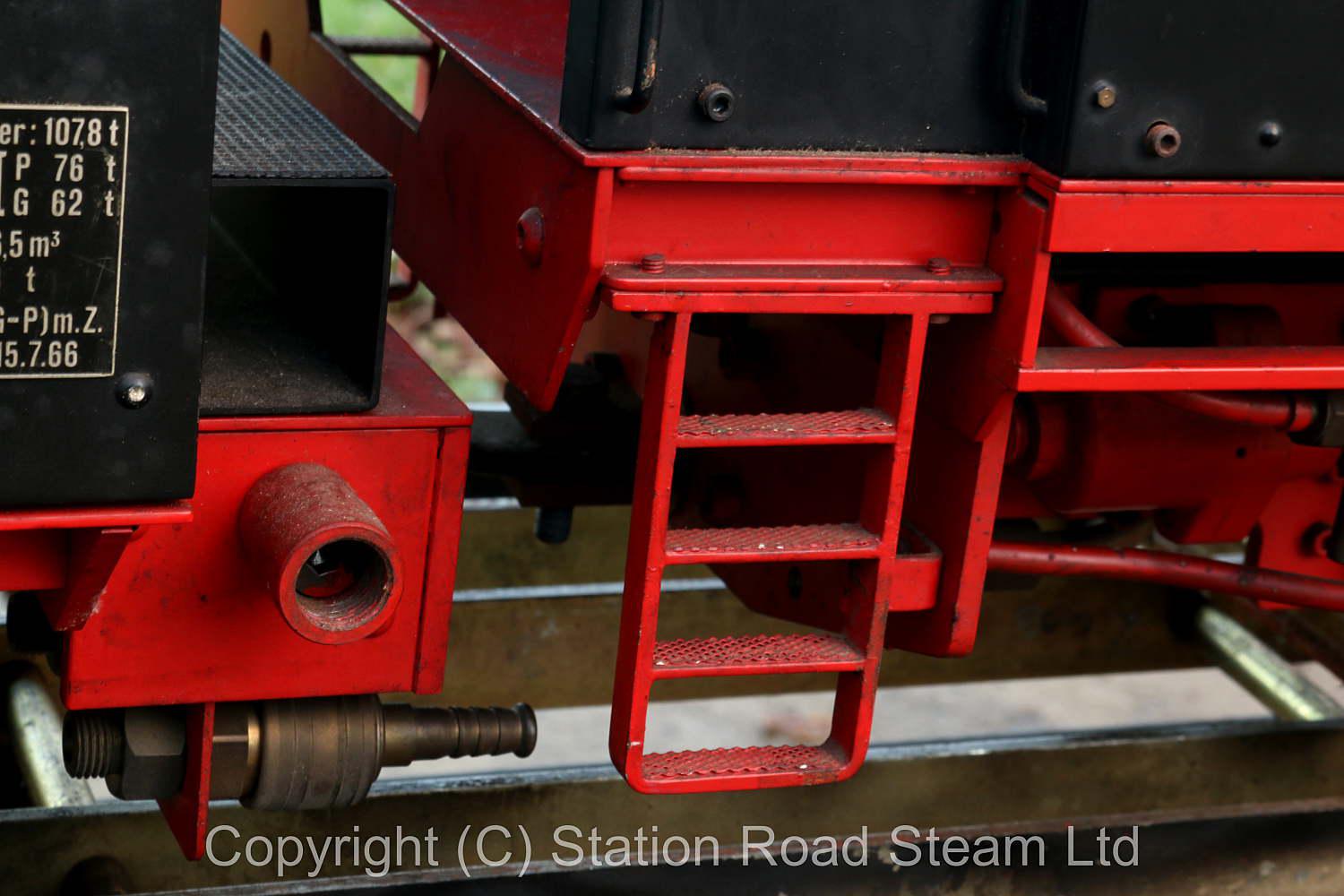 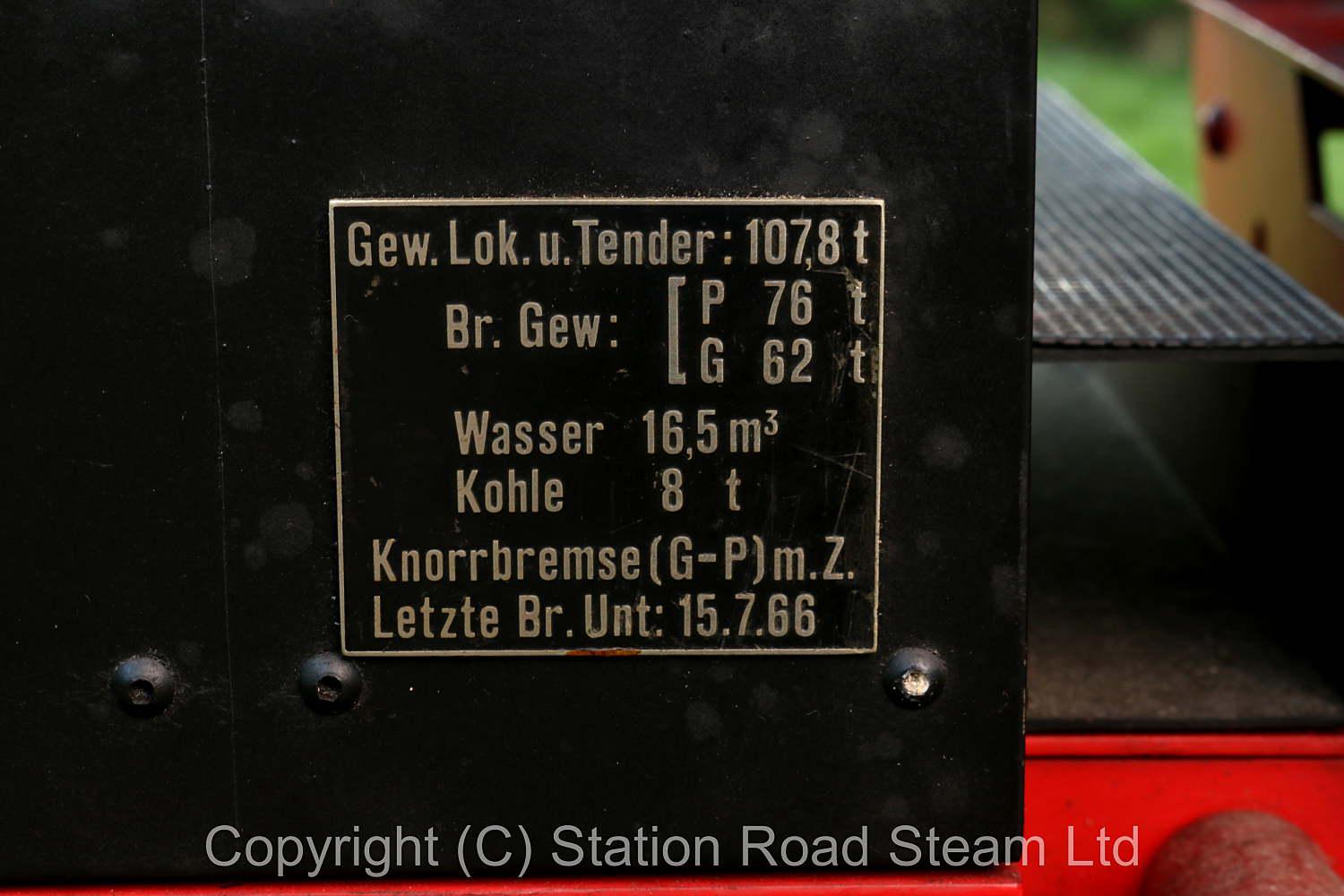 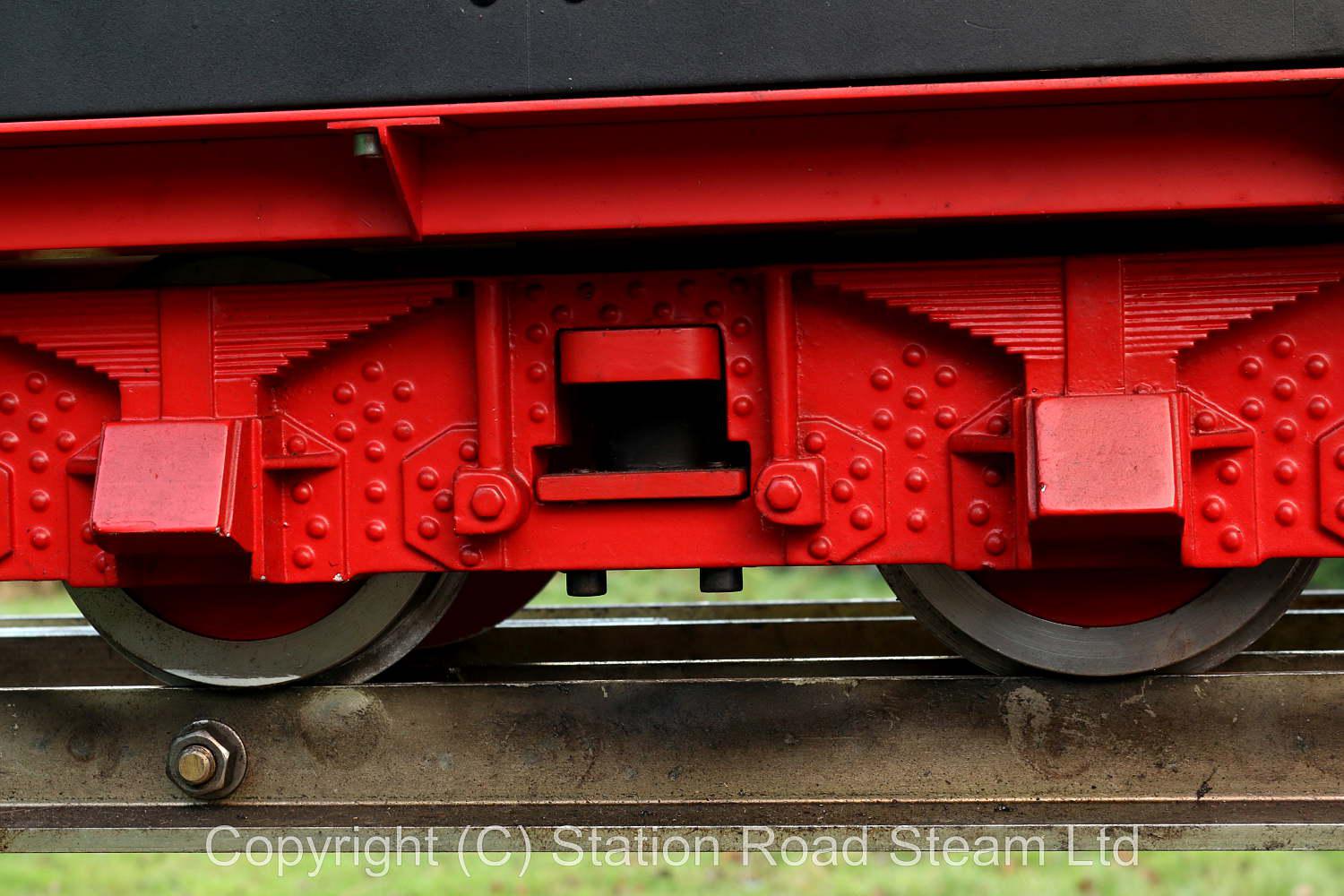 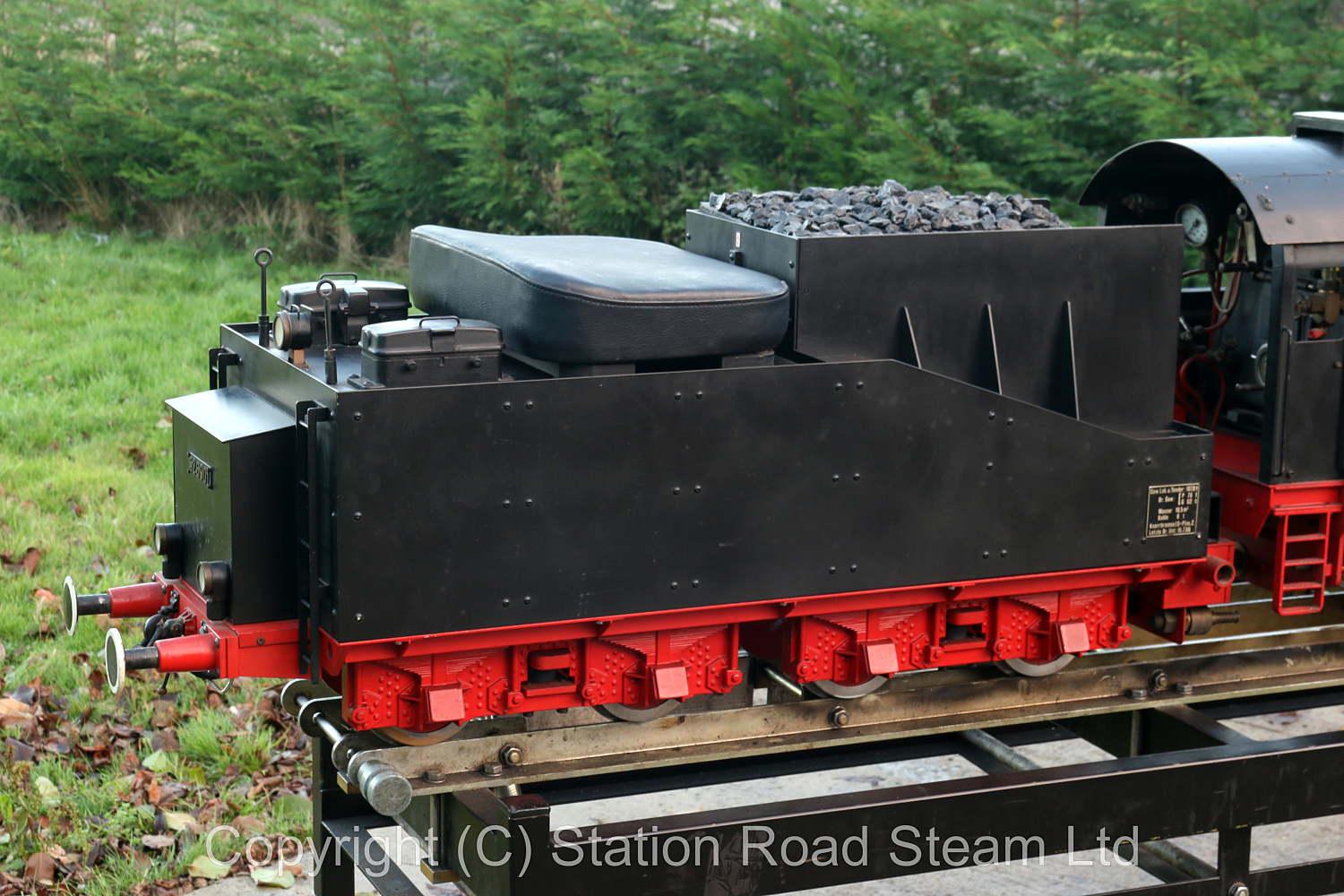 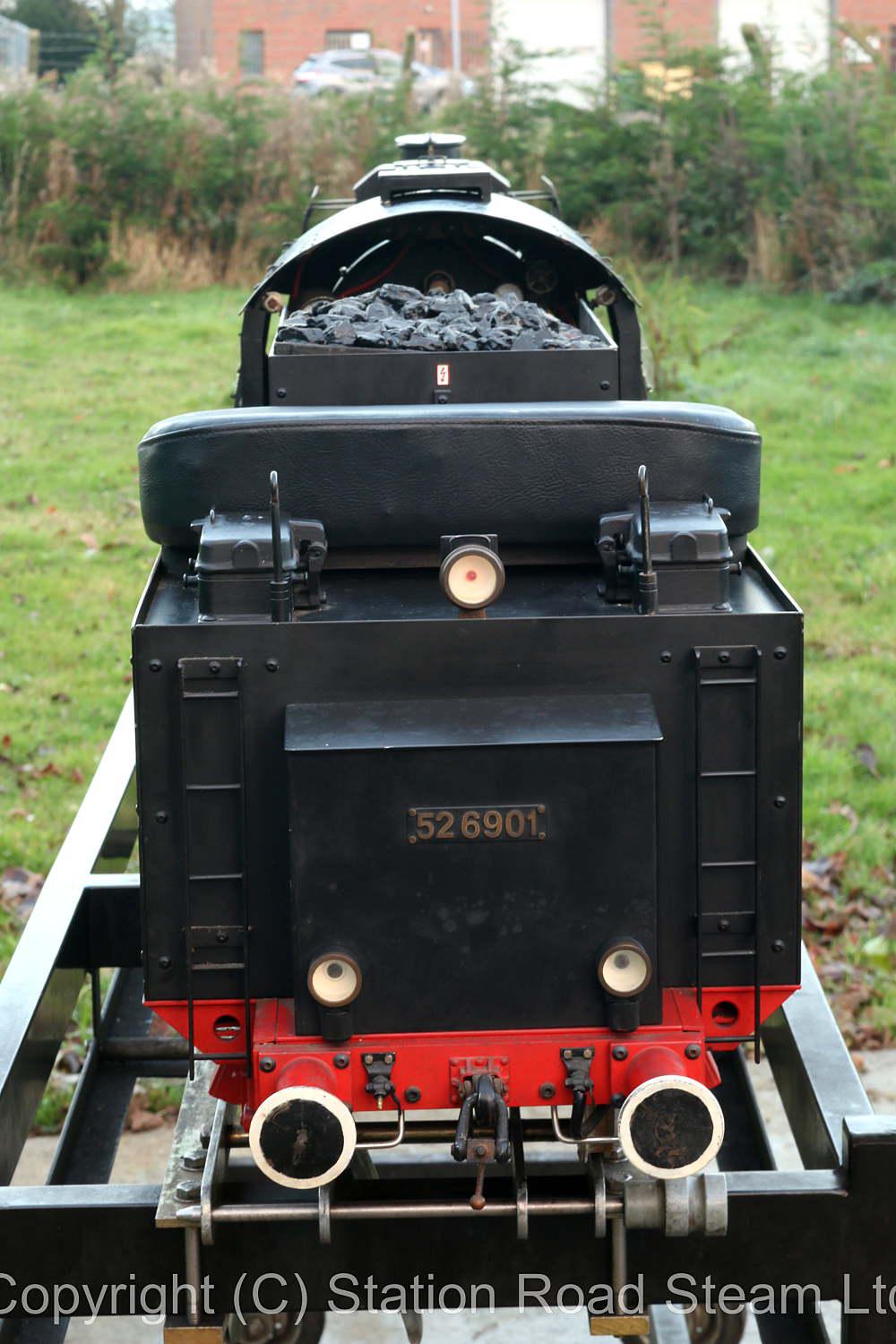 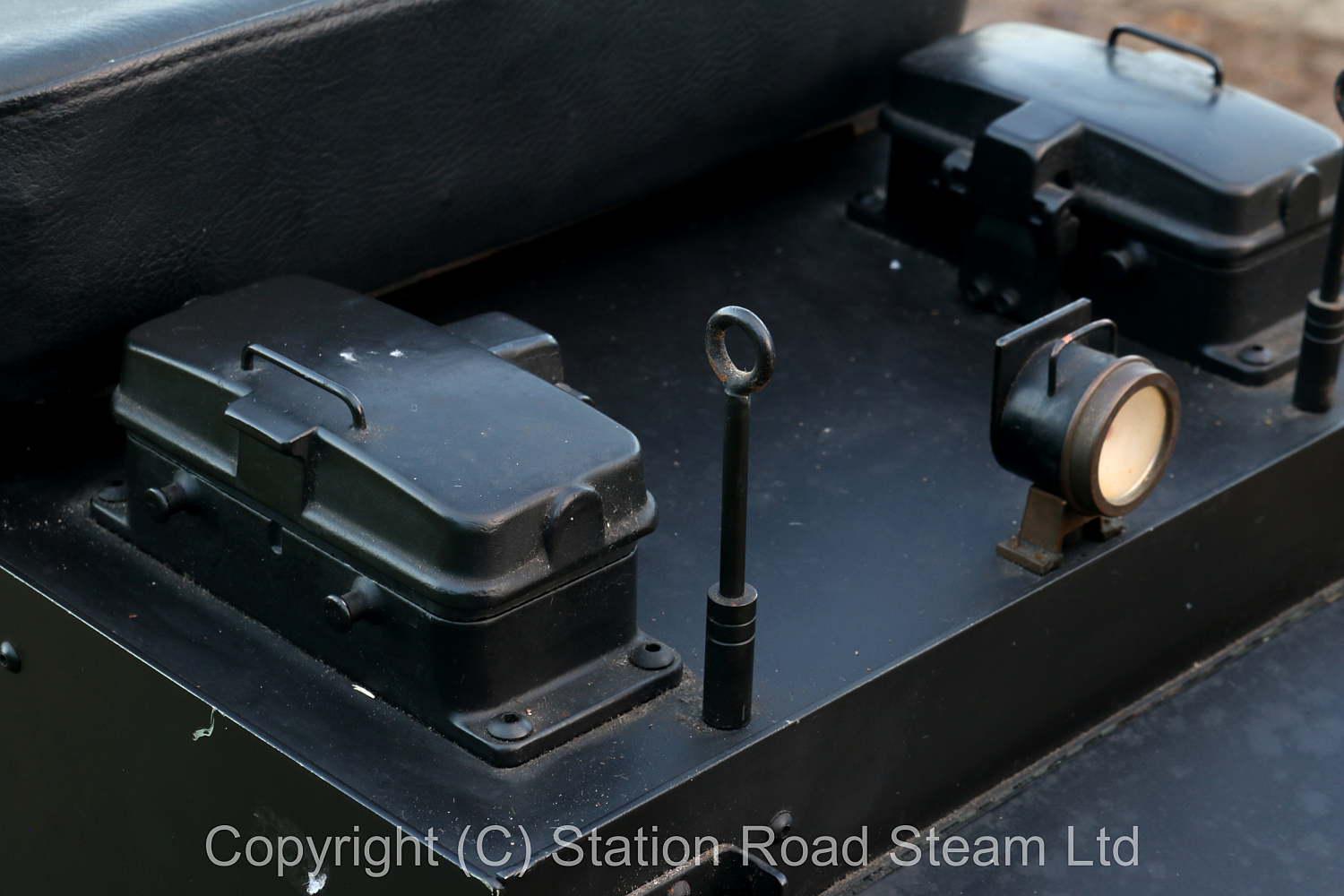 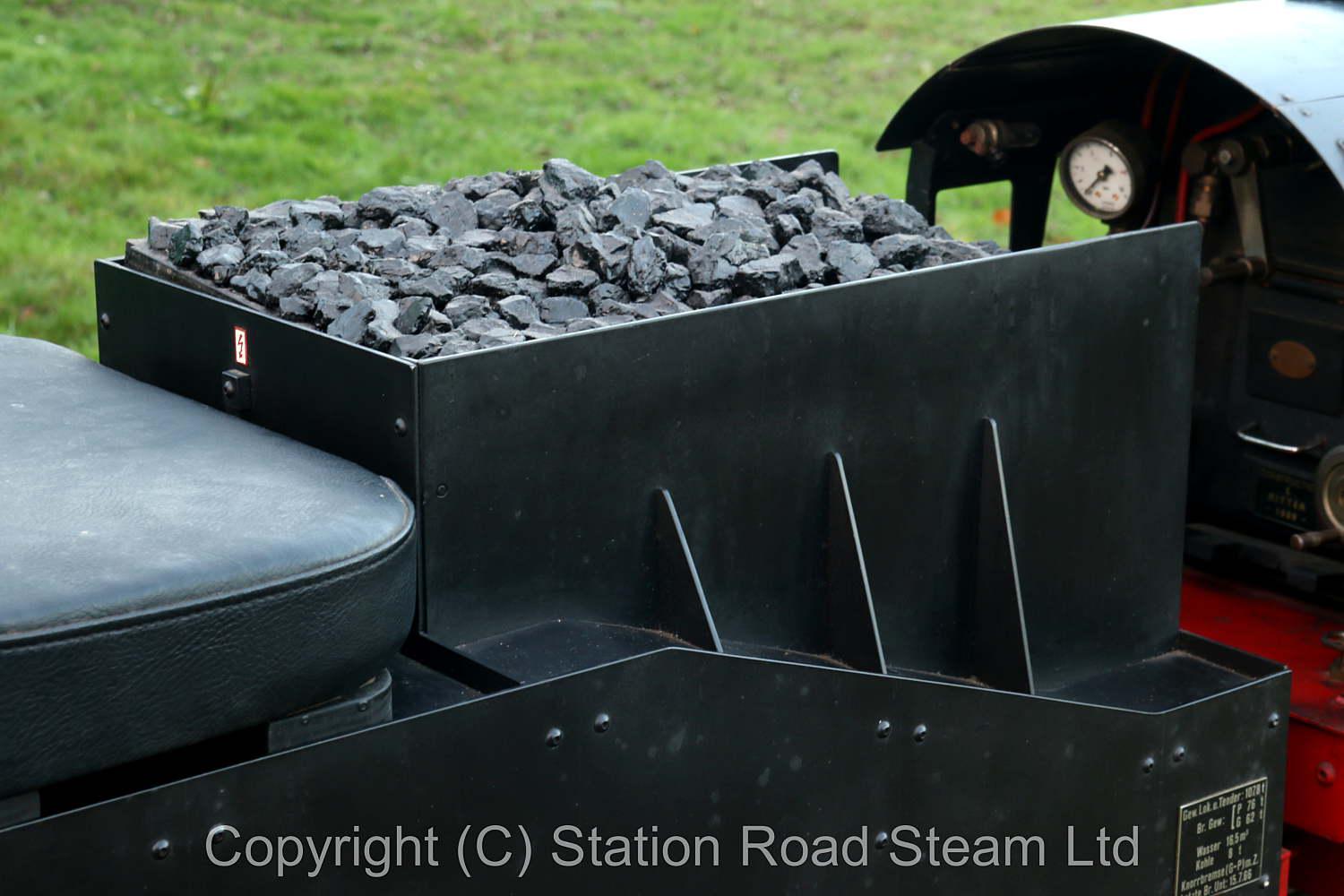 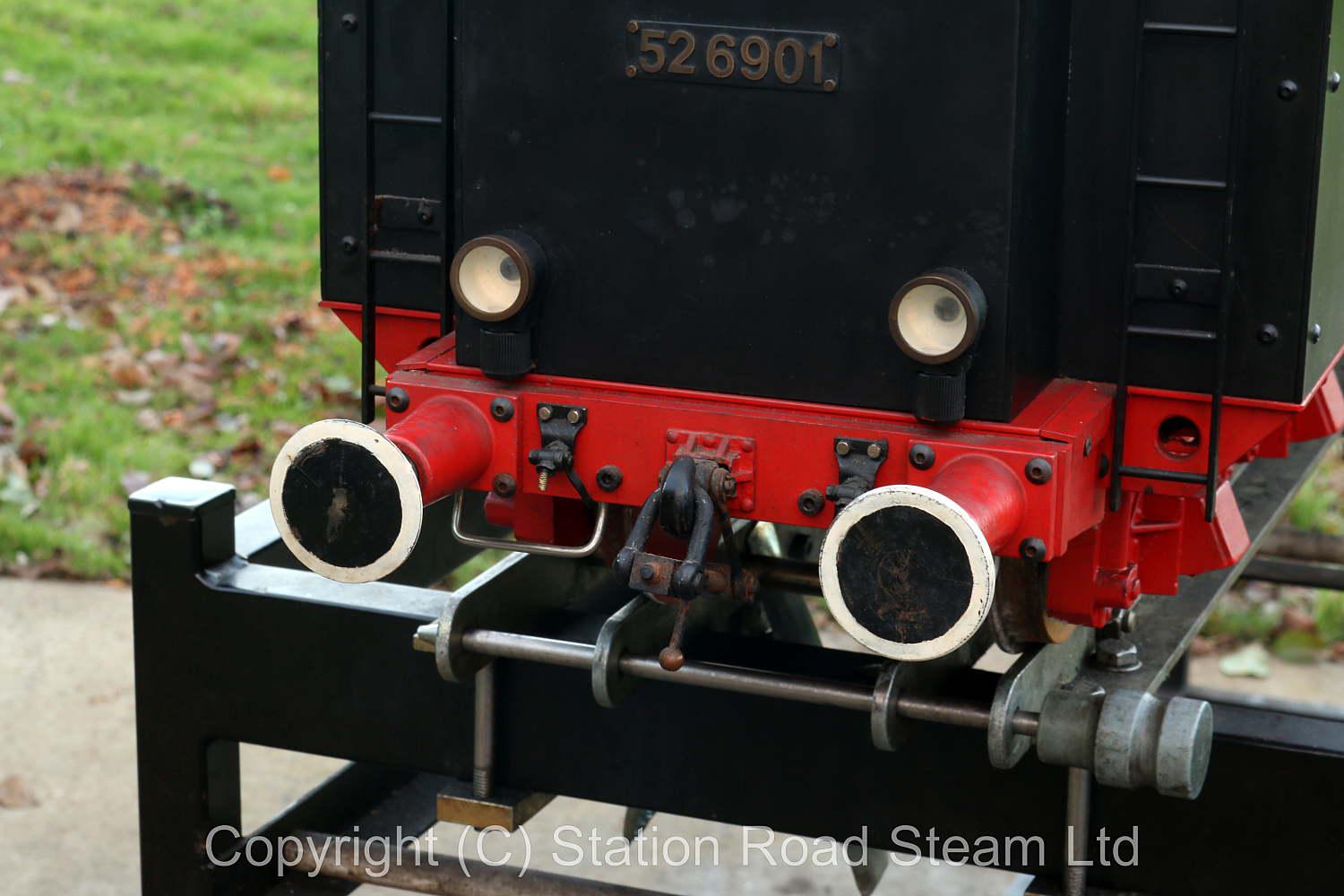 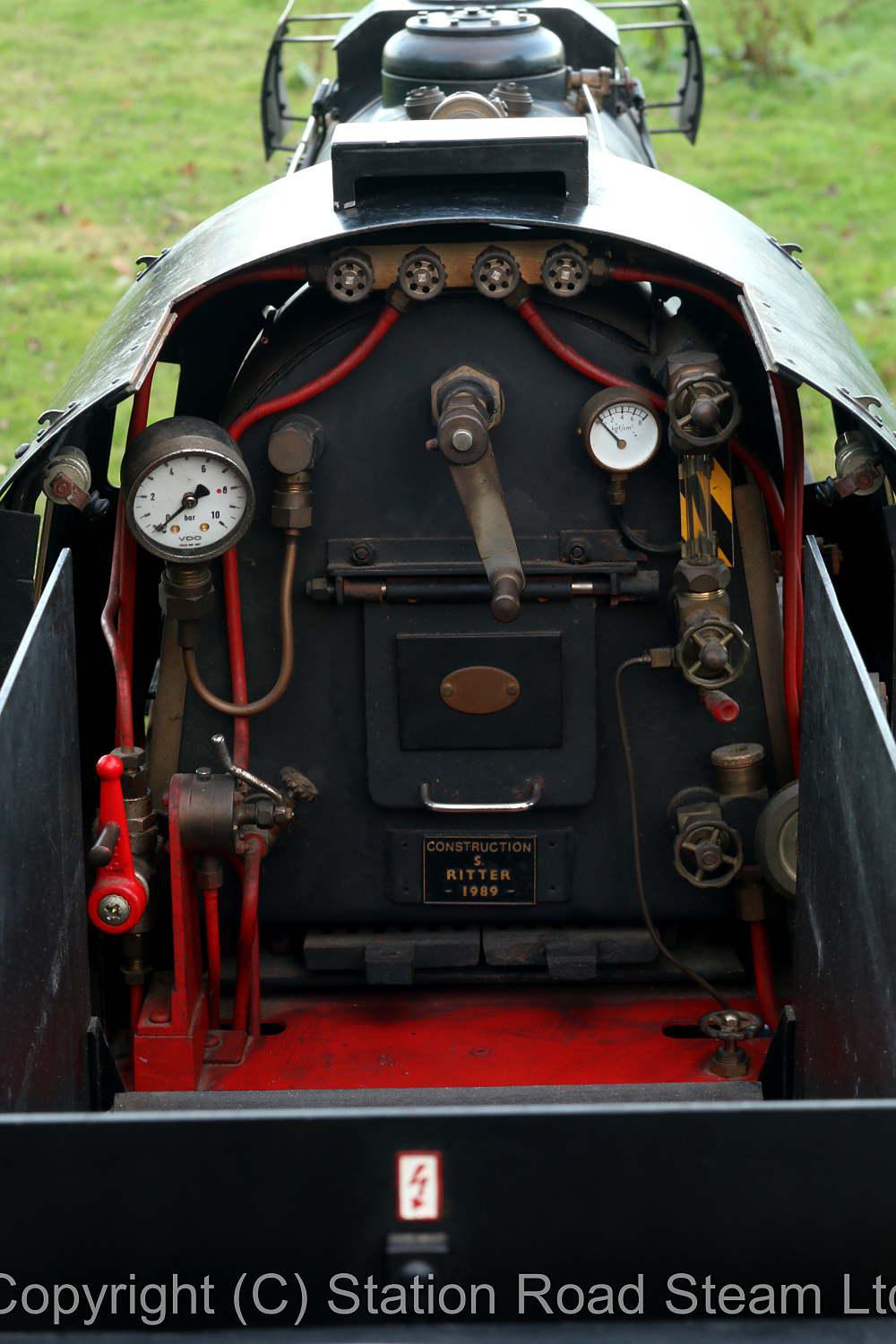 A German DB150 2-10-0 built in the 1980s using, we believe, some commercial parts from Zimmermann of Germany (including cylinders, wheels and valve gear - all similar to those fitted to the Zimmermann BR80 we had in last year). The engine has been stored in a rather grand house in France for five years since the owner died - unsteamed from new it has suffered from damp storage and has surface rust over the wheels and motionwork, although it still runs along freely.

Designed for ground level running, the locomotive with tender is nearly eight feet long (or, in round figures, about a foot longer than the 5 inch gauge Duchess we have and a foot and a half longer than the 9F that was in recently!) There are threaded holes in the tender frames for footrests, with a riding seat that mounts over the coal space.

Welded steel boiler with welded tubes, feed by injector, axle pump and steam pump with auxiliary hand pump in the tender. Boiler may be a commercially-made item - it certainly has Zimermann cast grates and the same method of removal by sliding out from the rear - however we have no history for it. Cast iron cylinders with piston valves actuated by Walschaerts gear, screw reverser in the cab. Steam operated drain cocks, steam brake to locomotive.

Built originally to a good standard, the locomotive is well detailed with dummy leaf springs, steam and sanding pipework, down to working inspection lamps under the running boards.