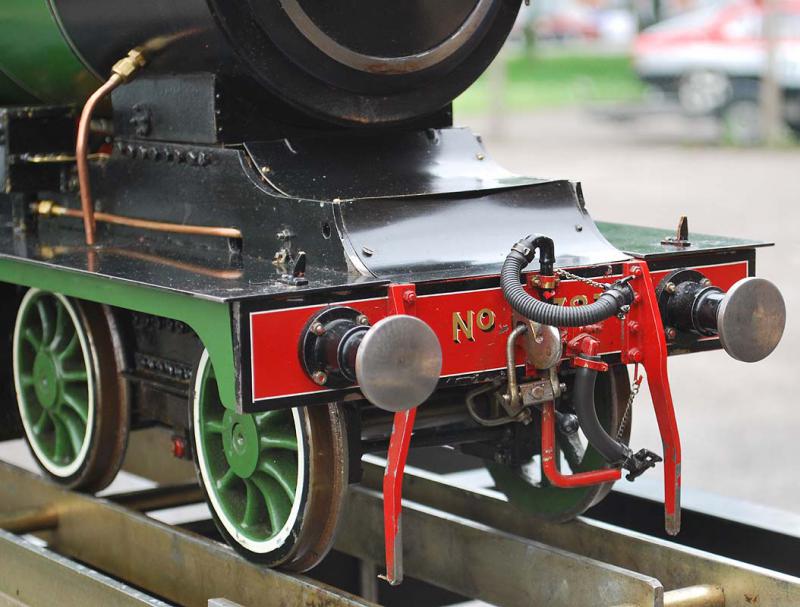 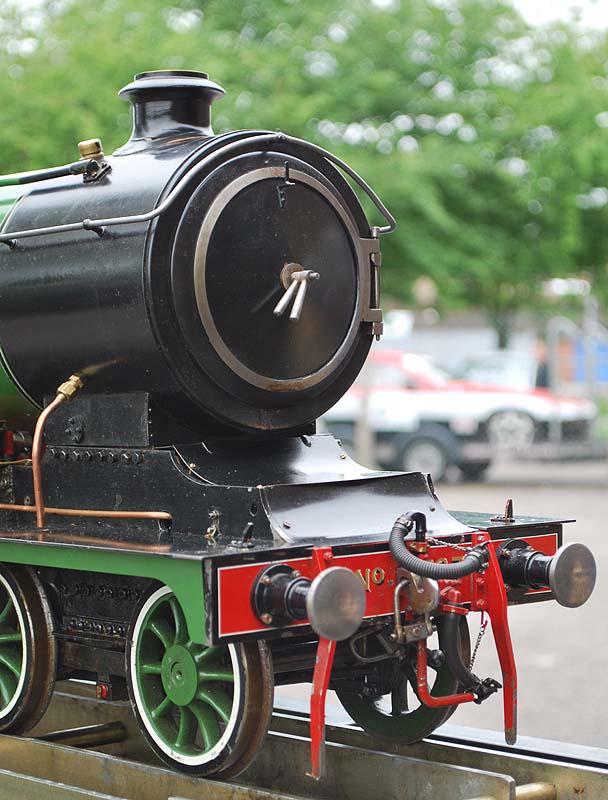 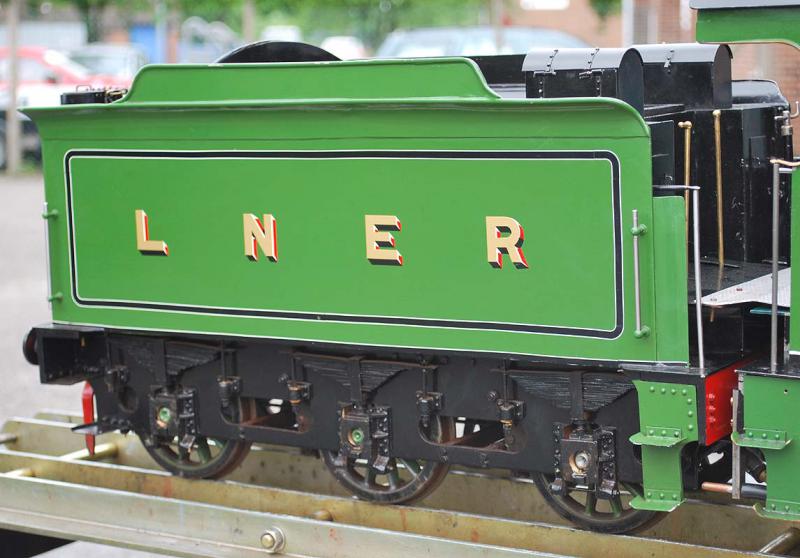 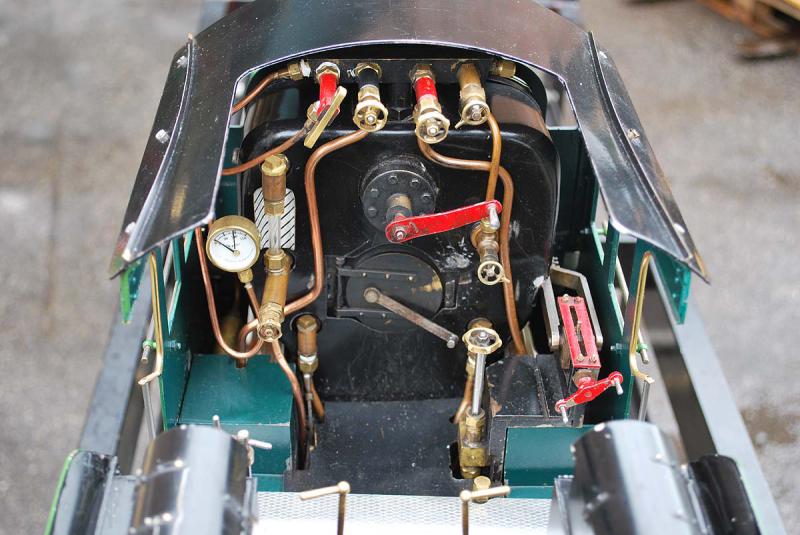 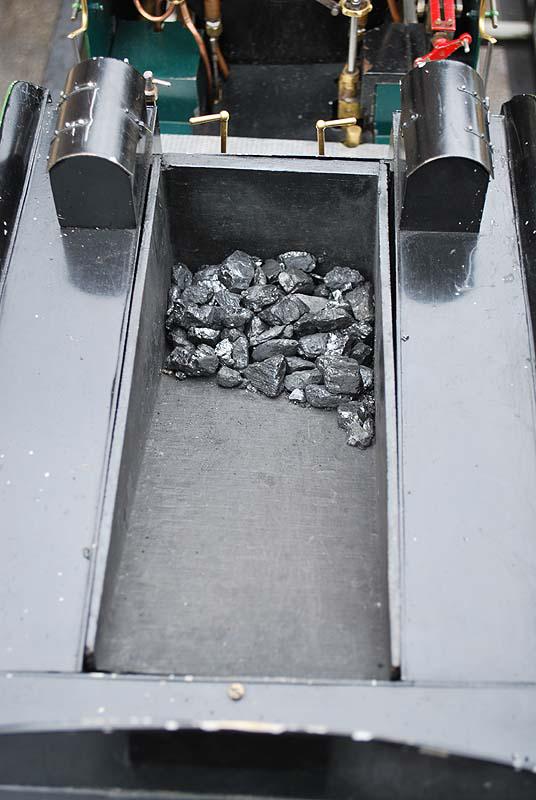 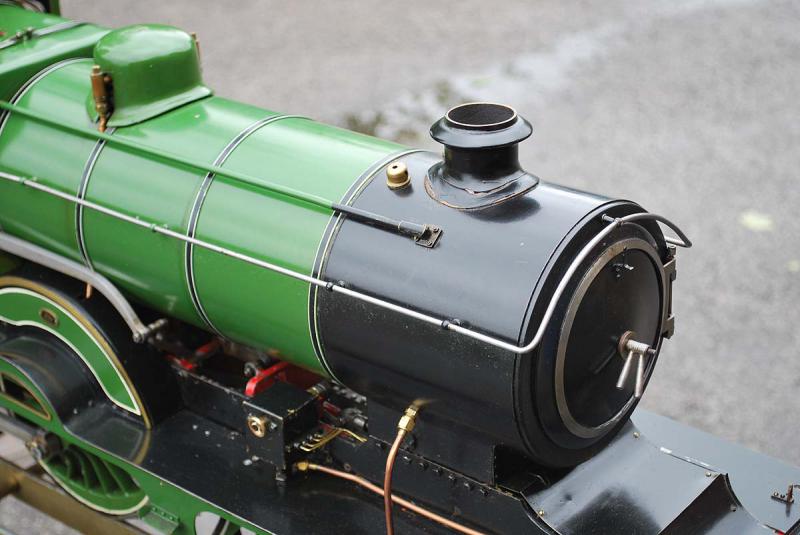 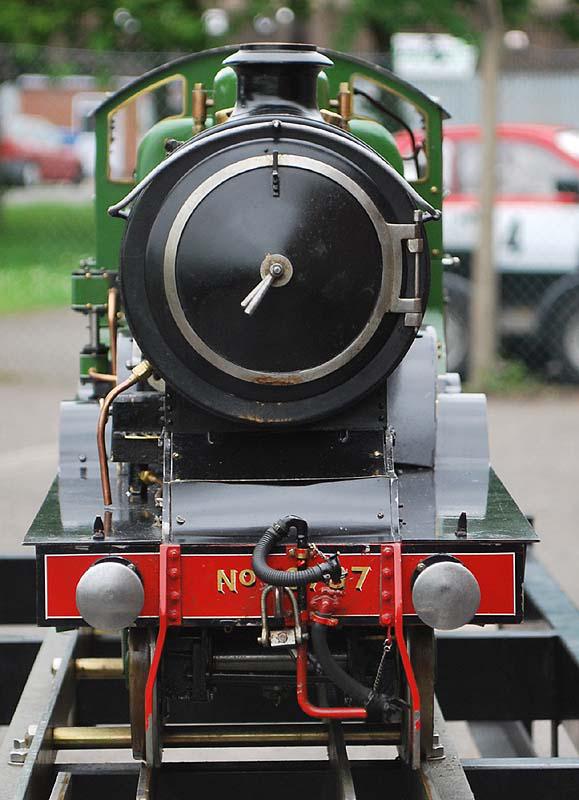 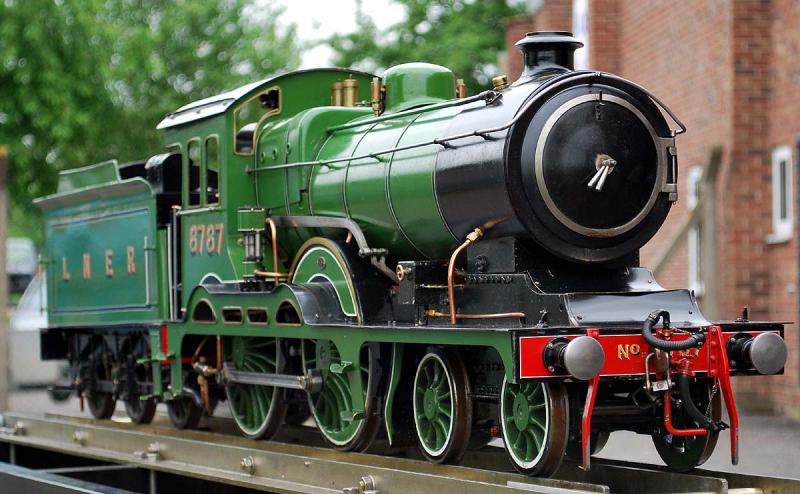 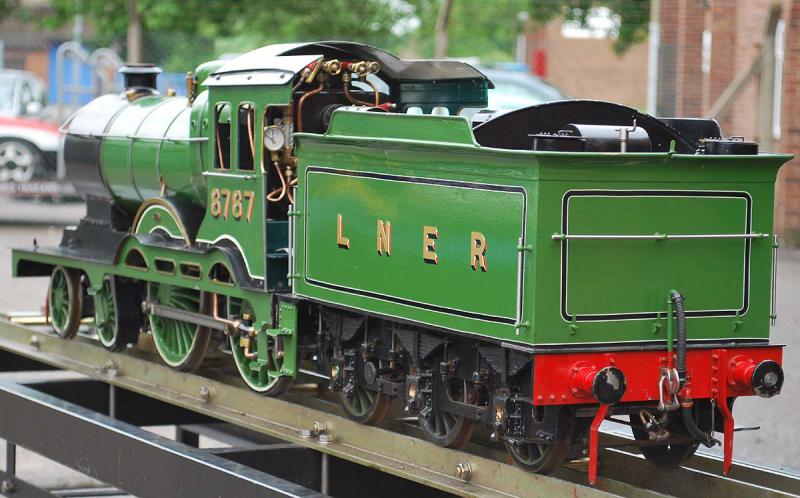 A 5 inch gauge "Claud Hamilton" built to the "Super Claud" design published in "Model Engineer" - an elegant engine if ever there was one. A leisurely build, the boiler for this engine was completed in 1977, the finished locomotive had its first club test in 2003, 26 years later - makes me feel a bit better about some of my projects now!

Commercially built silver soldered copper boiler by R.Chambers, with original builder's hydraulic certificate, 100psi working pressure. Feed by twin injectors, with crosshead pump and a hand pump in the tender. The steam pump is, by the builder's own admission, "not a dummy, it just doesn't go". Cylinders have slide valves on top actuated by Stephenson's gear with the correct left hand, two-start screw reverser in the cab. Mechanical lubricator. Tender axles run in ball races.

The engine has been in regular club use - it has come direct from the builder (who is also the club boiler inspector). He has provided a pair of nicely made carrying boxes for the engine and tender, there are nice detail touches like a coal space liner which has preserved the paint finish in the tender.