Sold July 2010 Back to Archive 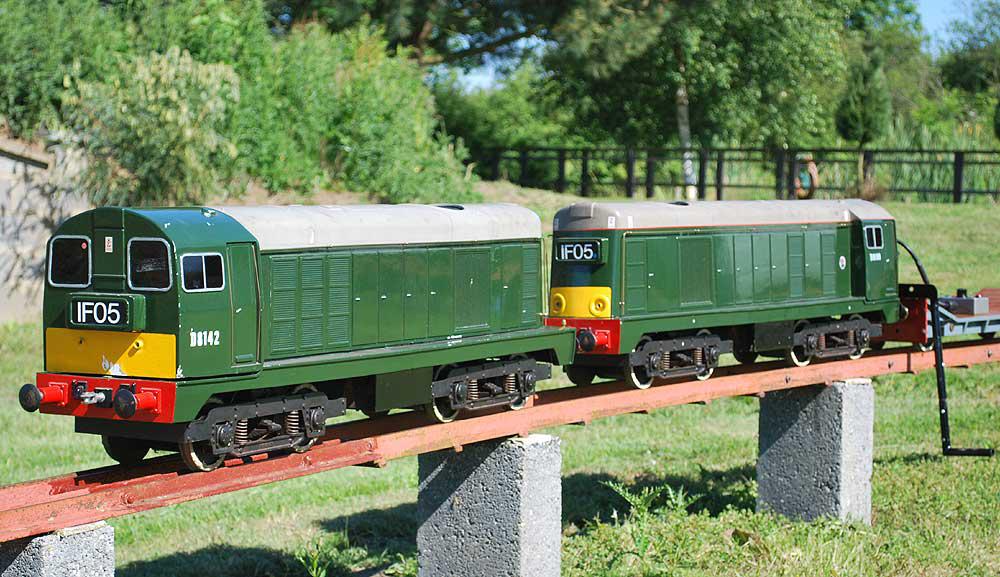 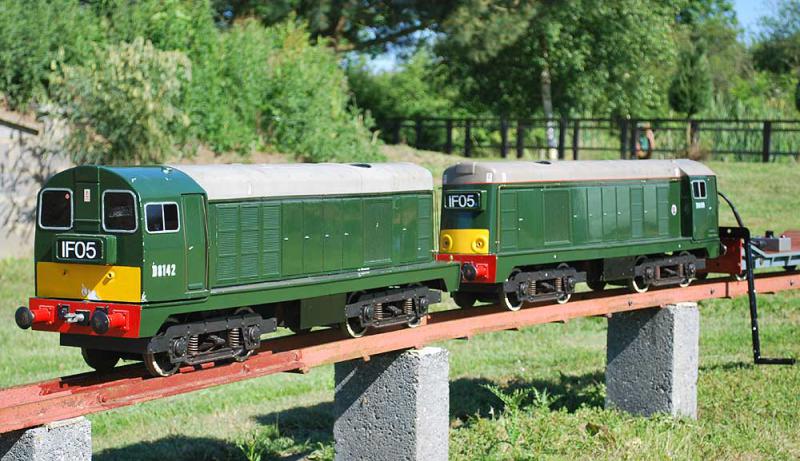 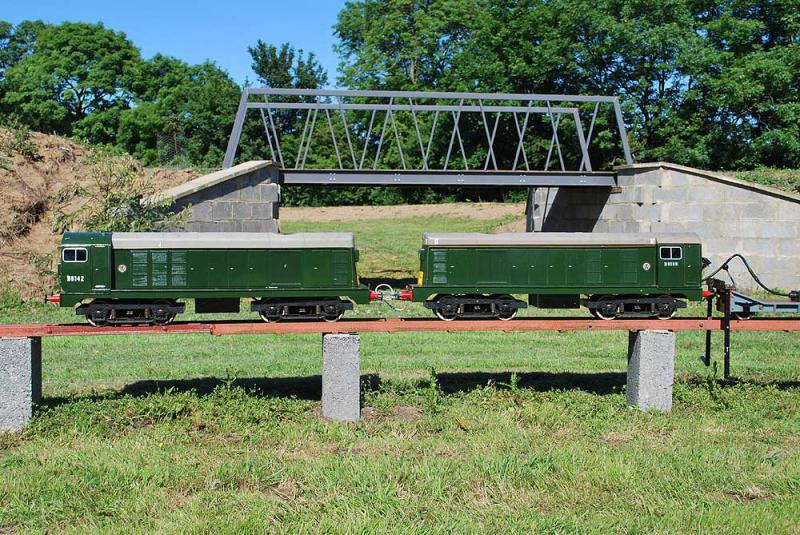 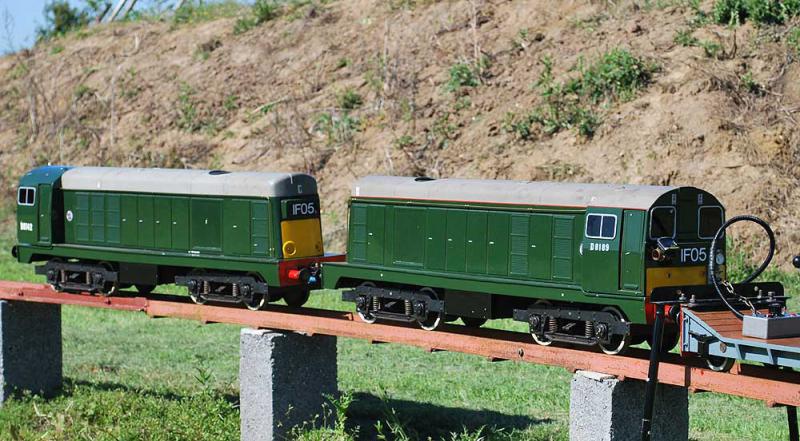 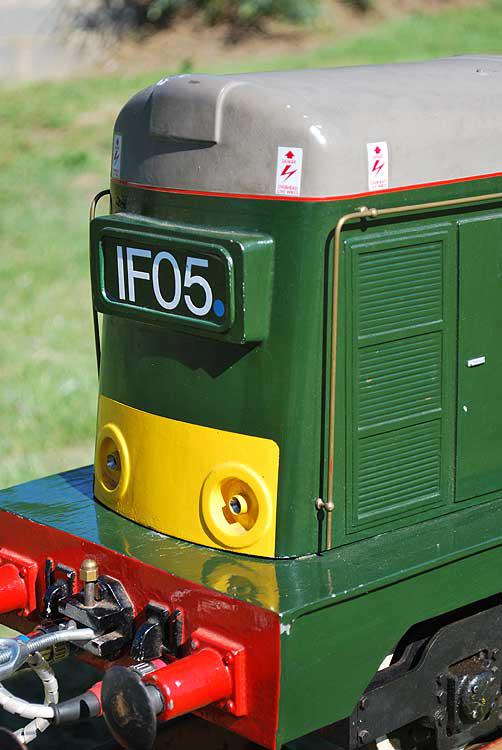 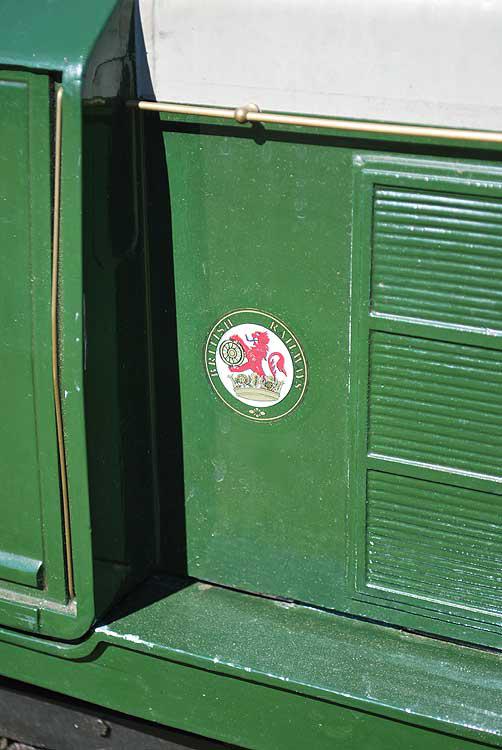 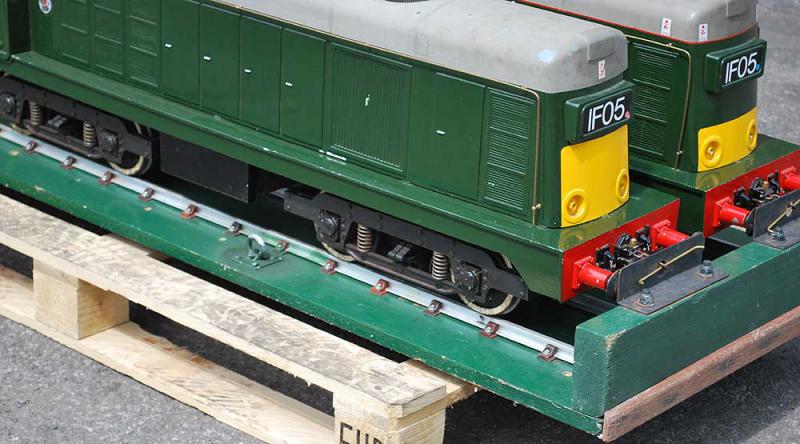 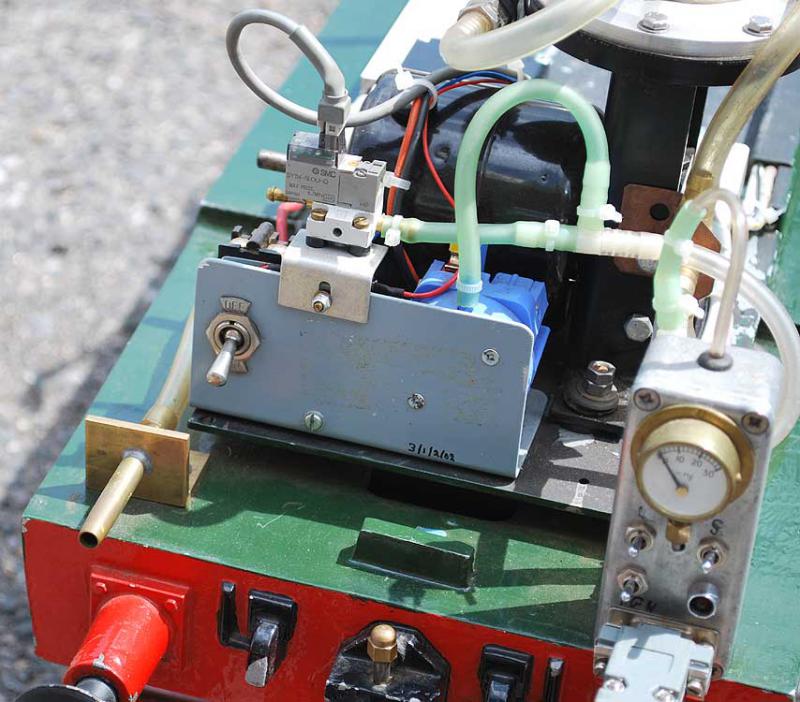 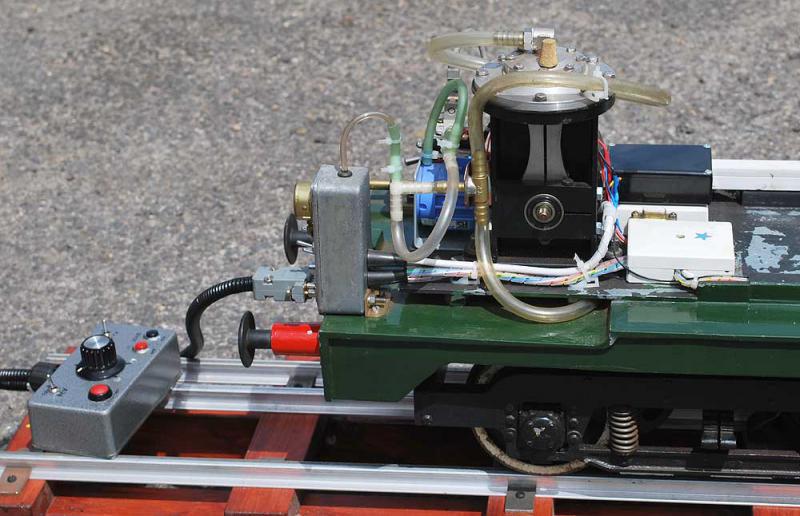 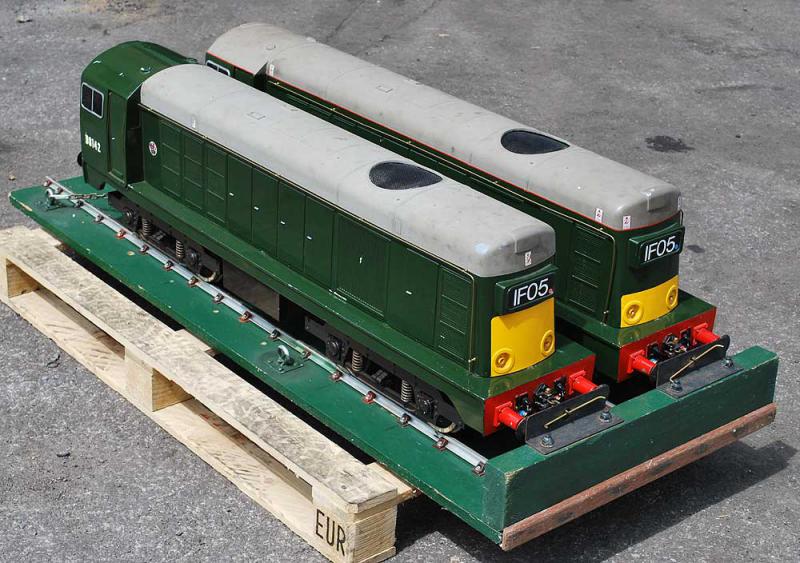 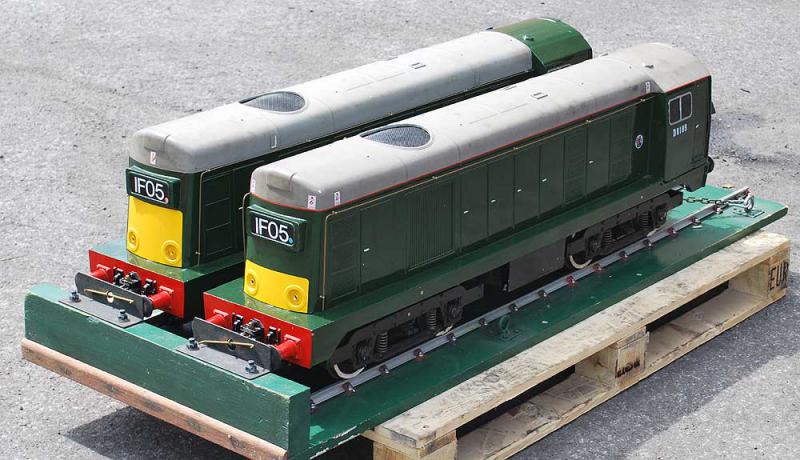 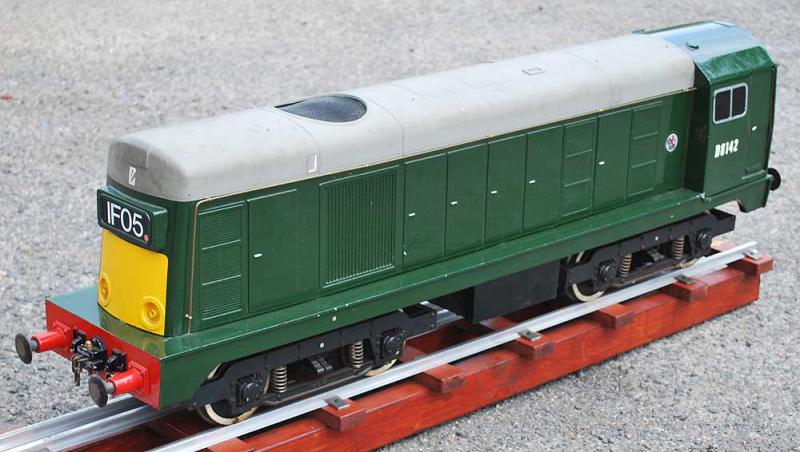 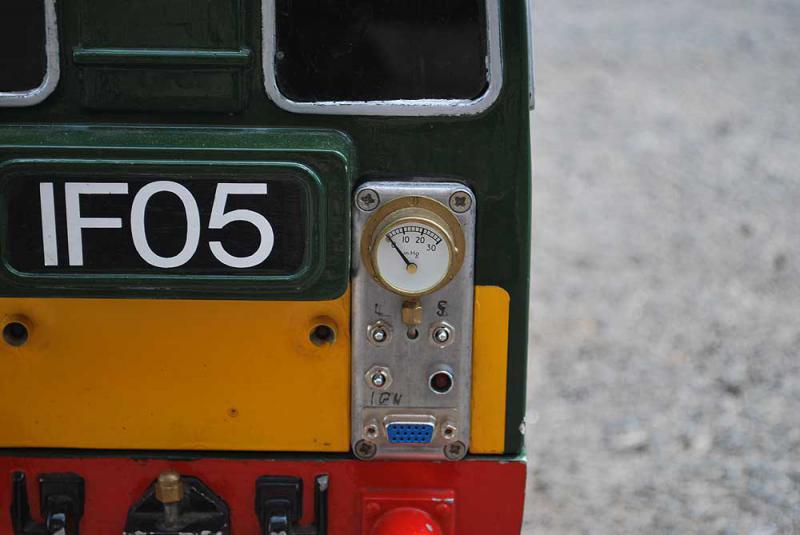 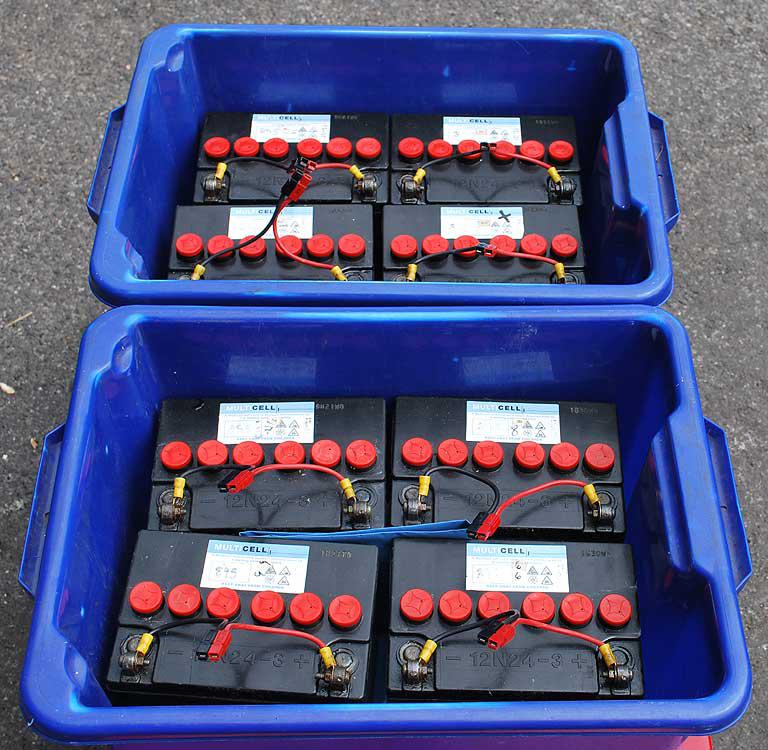 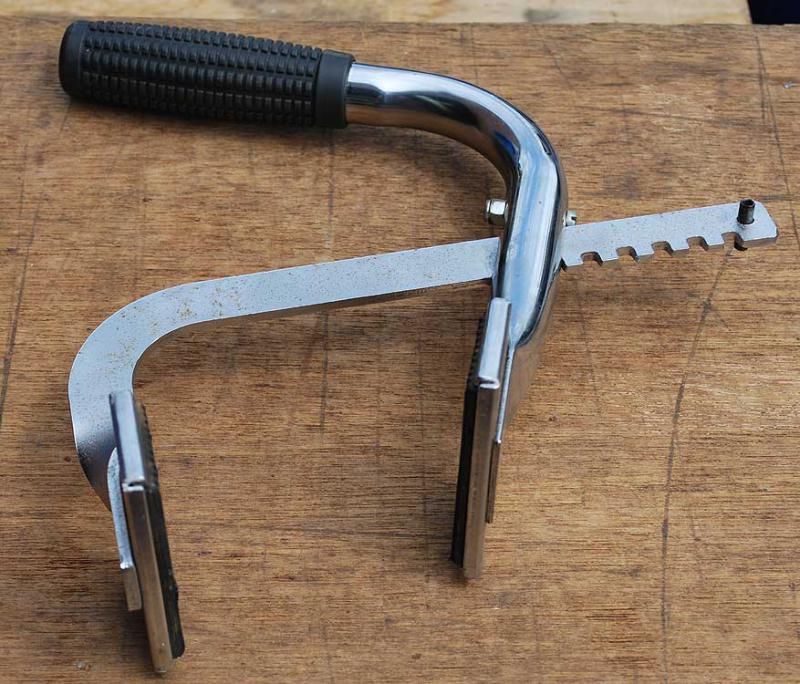 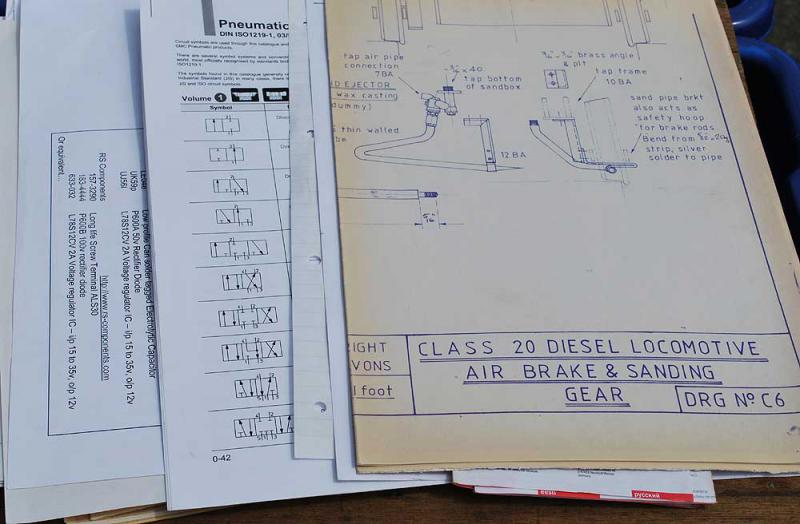 The English Electric Class 20 replaced a number of earlier classes and was designed from the outset to allow multiple working, with two locomotives worked nose-to-nose to provide a 2000 horsepower unit which could be driven from either end. Given the requirement in the early 1960s for more powerful motive power, combined with the limited visibility from the cab of a single Class 20, most of the engines built were destined to spend their lives working this way.

Built to the Dan Jeavons design, this is just such a pair - having had a day with them at the club yesterday, I think it's probably safe to say that you won't find much in this gauge with greater tractive effort. The set is driven by eight motors, one per axle, supplied by eight twelve volt lead-acid batteries - the words "pulling a house down" spring to mind.

For all the size and power (not to mention considerable technical interest), these have been set up carefully to allow easy single-handed loading and transport. The pair of locomotives live clamped down onto a transit board with the batteries in two separate plastic bins - there is a commercial battery grab handle allowing then to be lifted individually - the whole plot fitting neatly into an estate car.

Largely similar under the bodywork, each locomotive features its own electronic controller, with the front slaved to the rear unit and controlled by a plug-in remote control handset - this has forward/reverser, a speed controller activated by depression of the "dead man's handle" button, vacuum brake control and horn switch. The vacuum pump is fitted to the rear unit, the loud two-tone horns are in the front unit. There is an electronic speedomoter/odometer fitted, along with a sound card.

On the track it's pretty much as you would expect - very powerful, fast (probably too fast for our track) and highly reponsive to drive. Steve claimed 15mph down the back straight, I bottled out on my run, the vision of an outfit the weight of a "Duchess" and twice as long flying through the air tempering my judgment...

Complete with comprehensive documentation and a set of drawings.