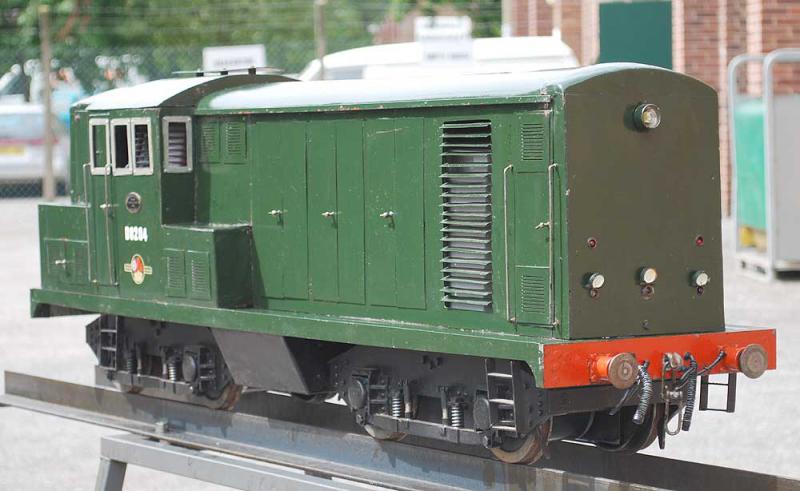 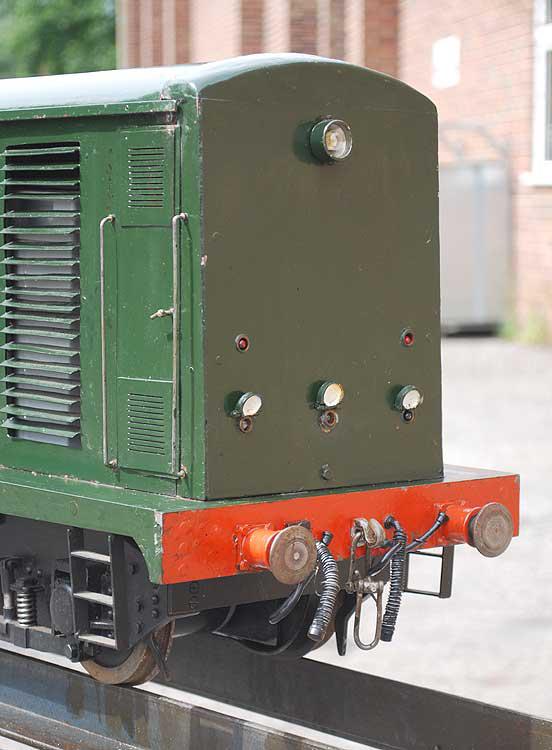 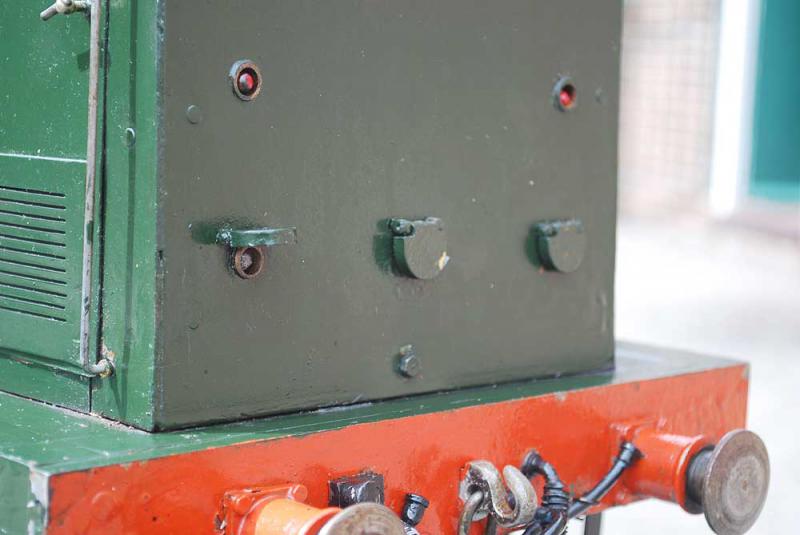 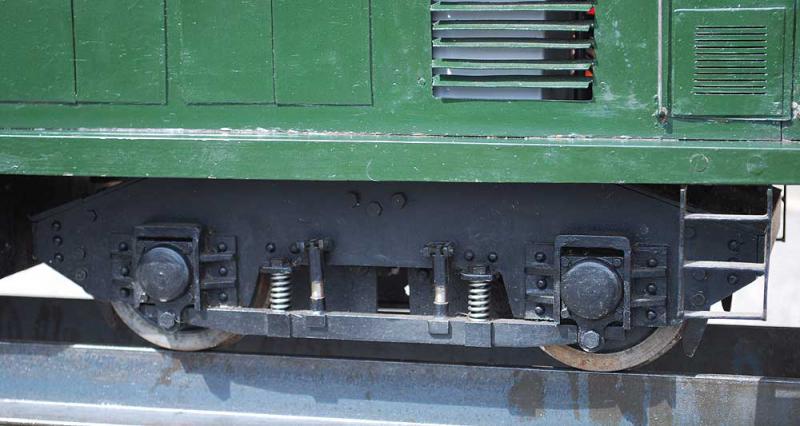 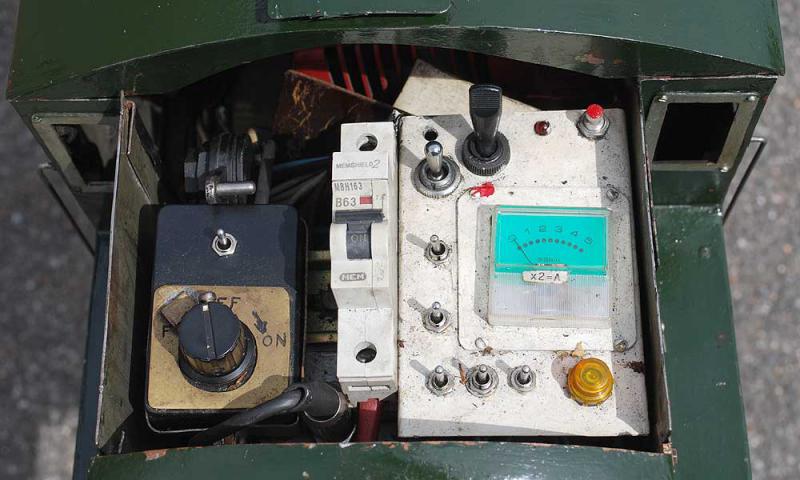 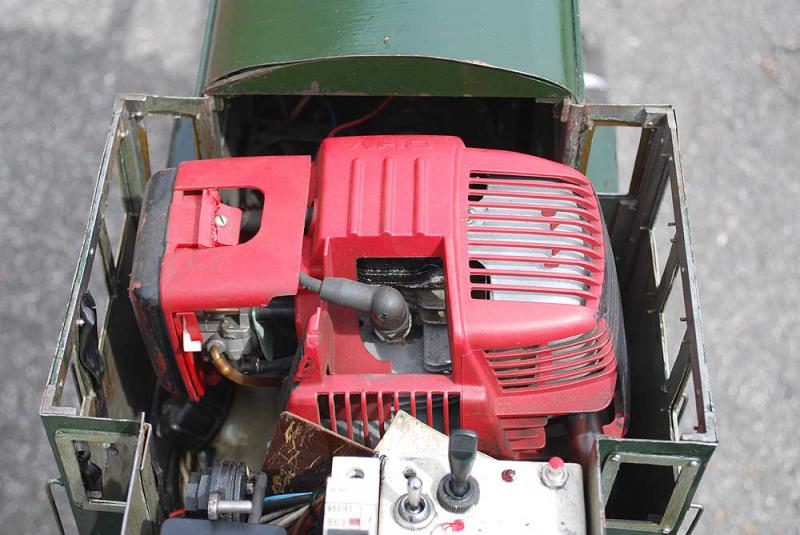 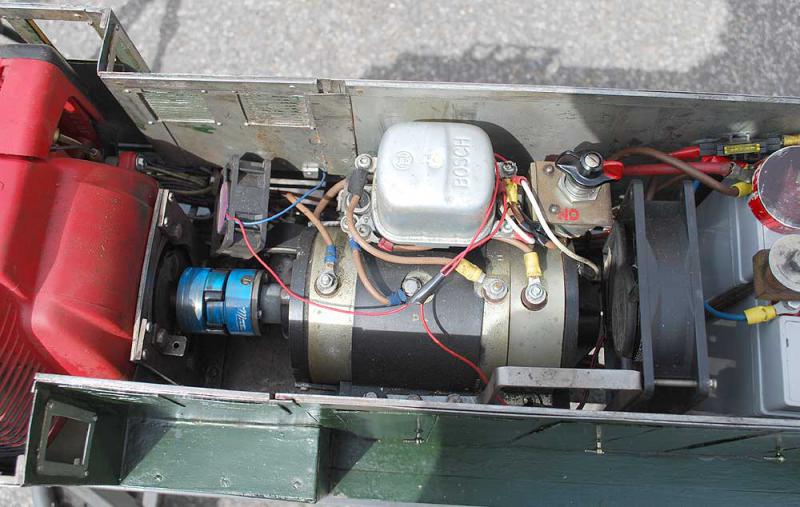 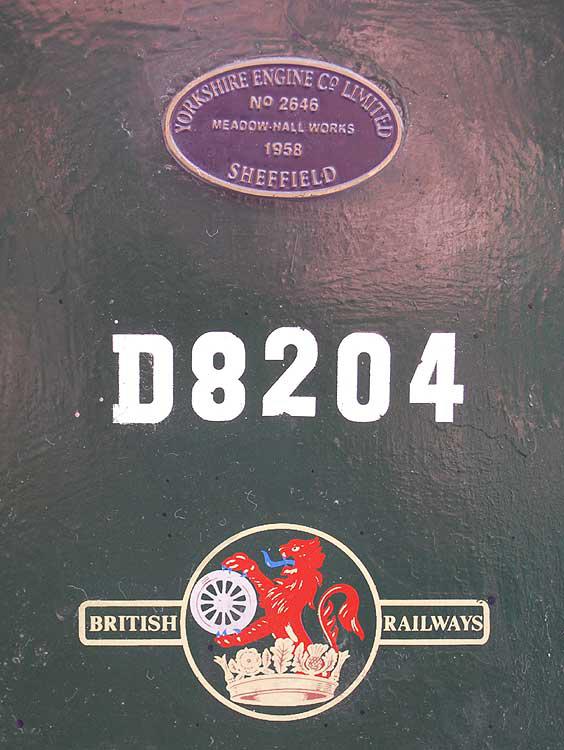 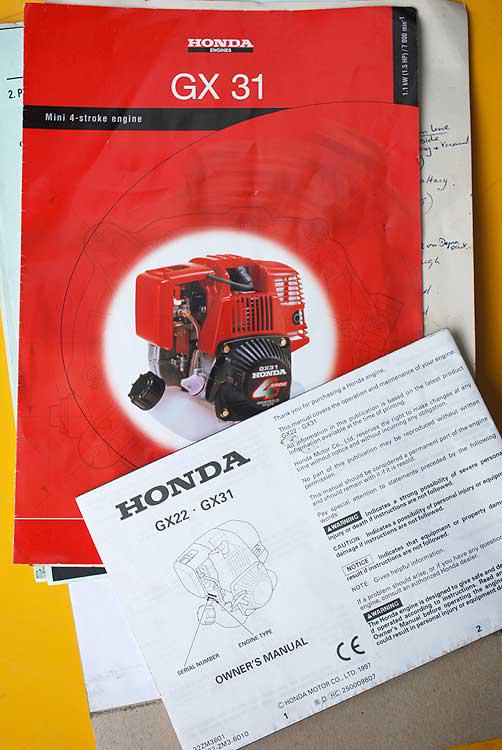 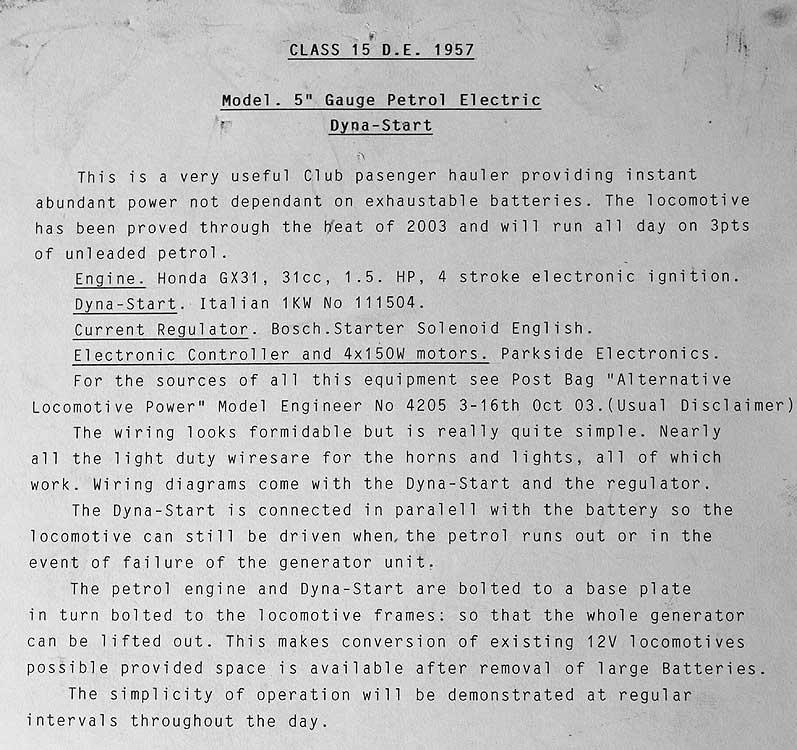 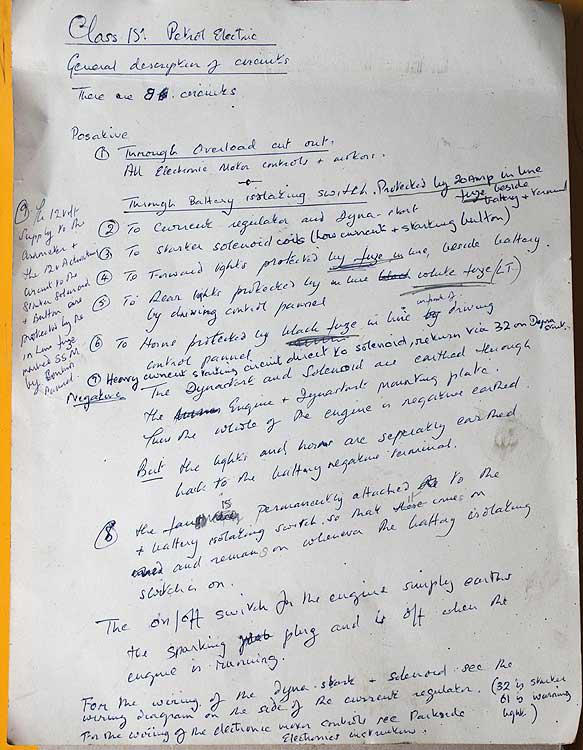 An interesting engine from a prolific model engineer who designed and built several steam locomotives before turning his attention to more modern forms of propulsion.

An electric Class 15 Bo-Bo, powered by four 150 watt motors, two per bogie, and weighing something around two hundredweight - it's a pretty serious two man lift. Rather than fit the usual couple of car batteries, our man ingeniously fitted a new four stroke Honda engine, driving a Dynastart (generator/starter motor combined, remember the old Villers-powered invalid carriages? Similar pinciple, only being a Honda engine, this one starts). This then charges the battery, so you can run all day "on three pints of petrol", as he says in the book.

Complete with working lights, headlights each end and a loud horn. Given that Station Road Steam now has an resident internal combustion engine expert in Geoff, it was he who ended up playing with the engine this morning - once he'd found the choke lever it started instantly. We threw some track panels down just to amuse ourselves (and some passing trade - a chap in a car came screeching into the yard at the sight of thing trundling about). I think we agree with the builder's assessment of "instant, abundant power not dependent on exhaustible batteries".