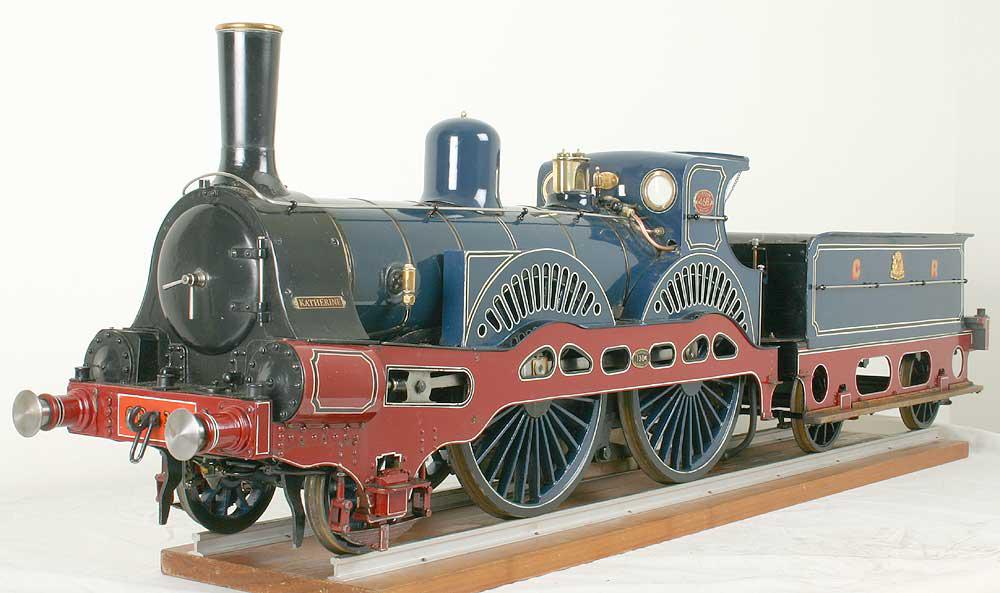 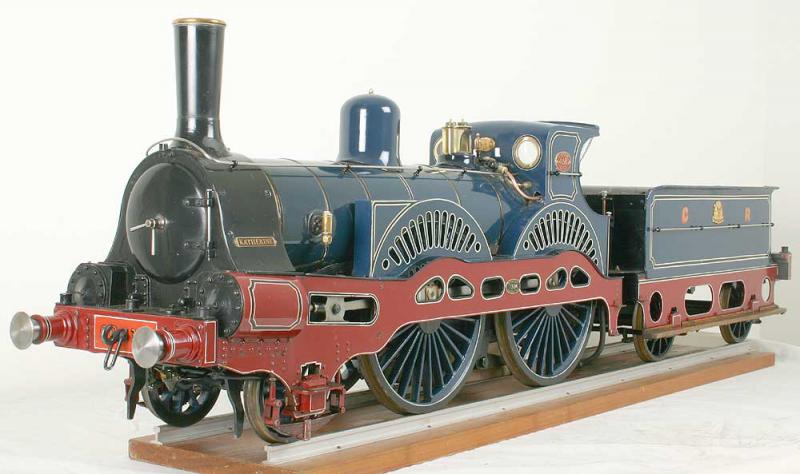 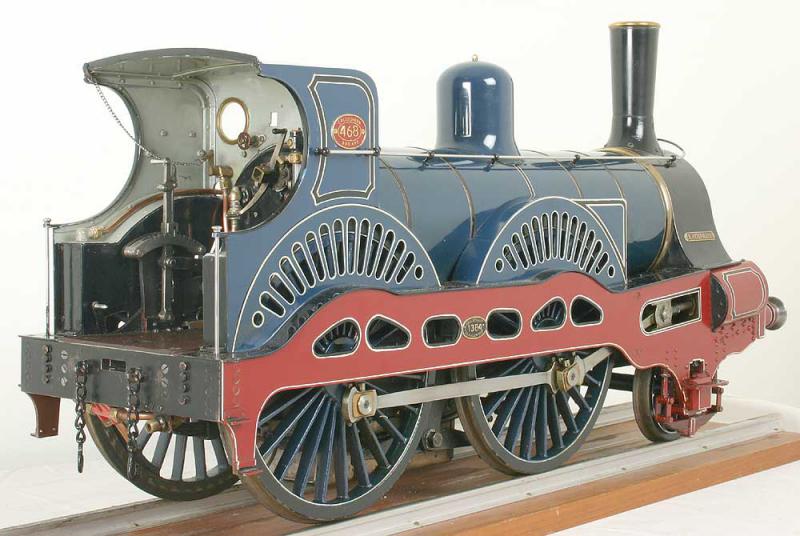 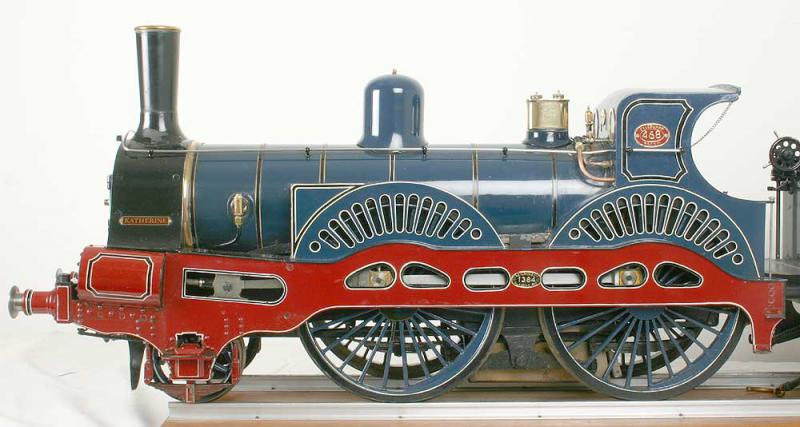 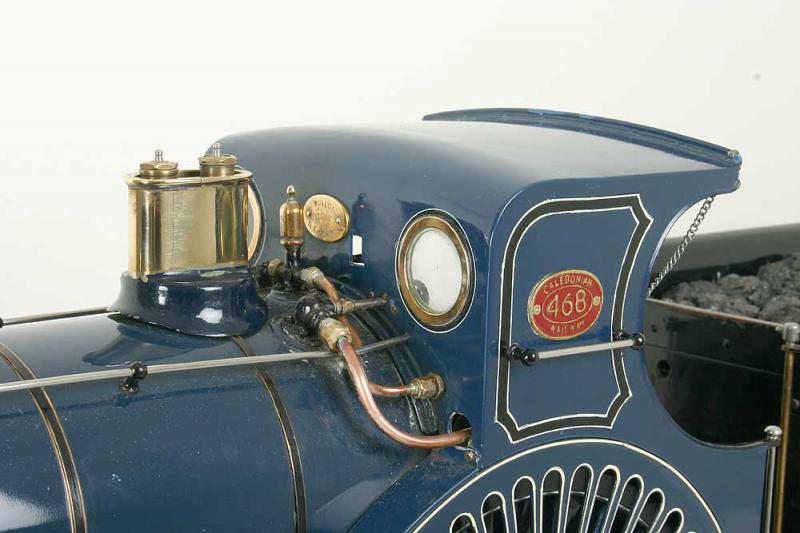 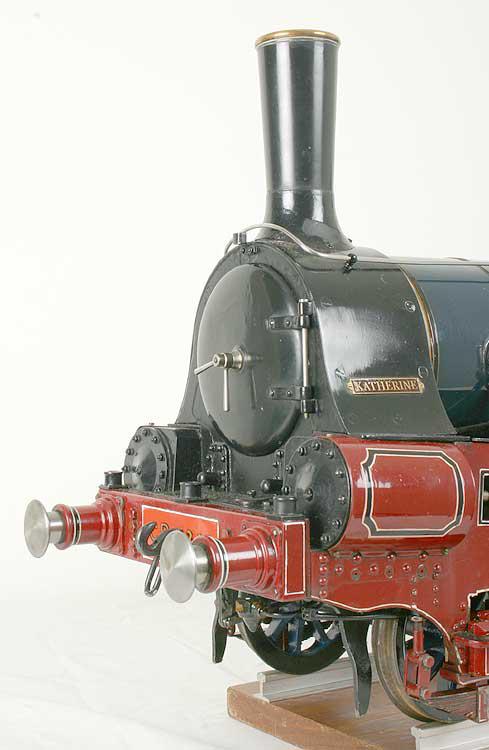 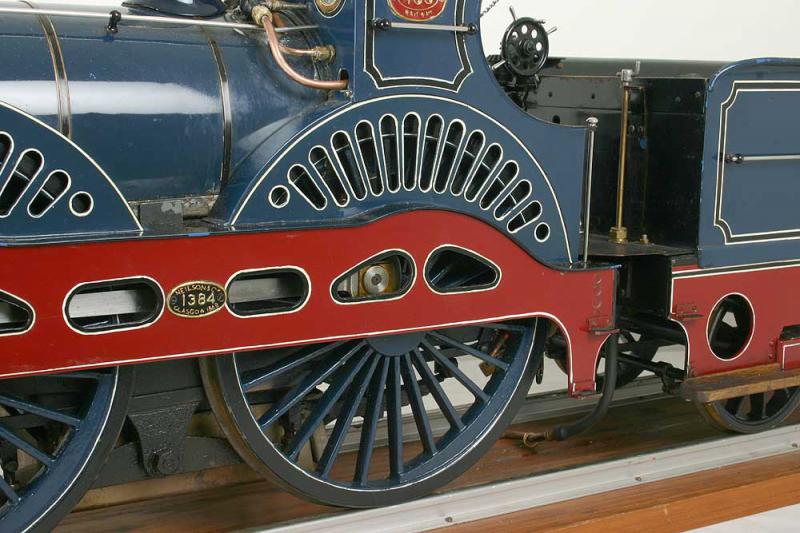 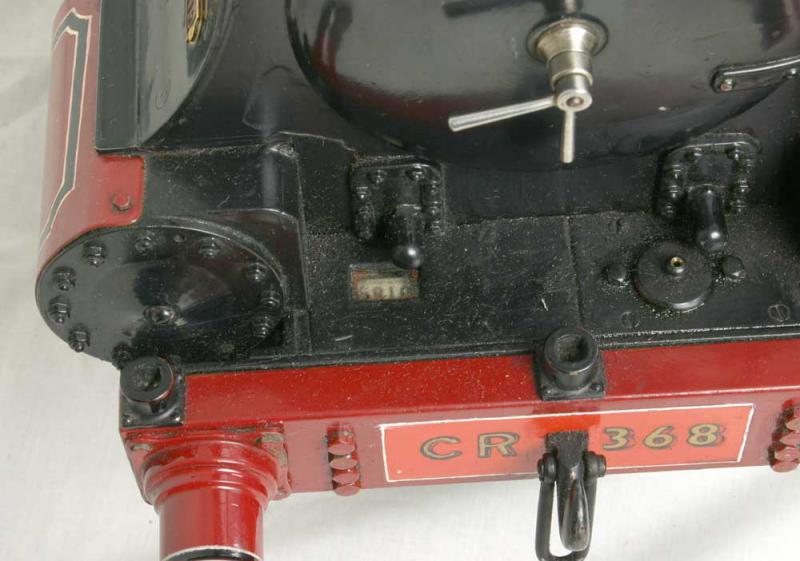 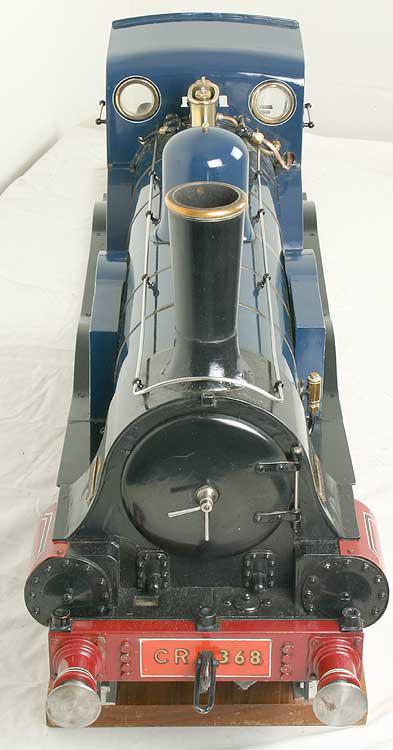 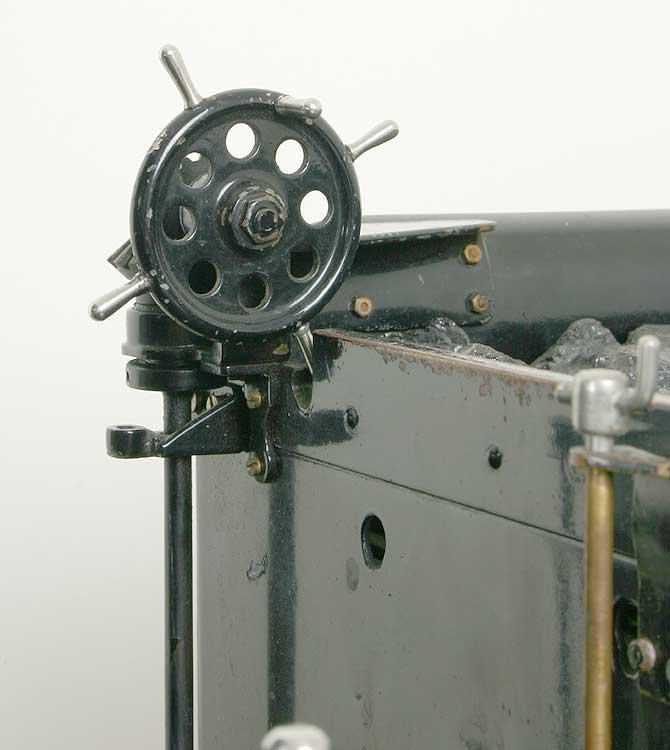 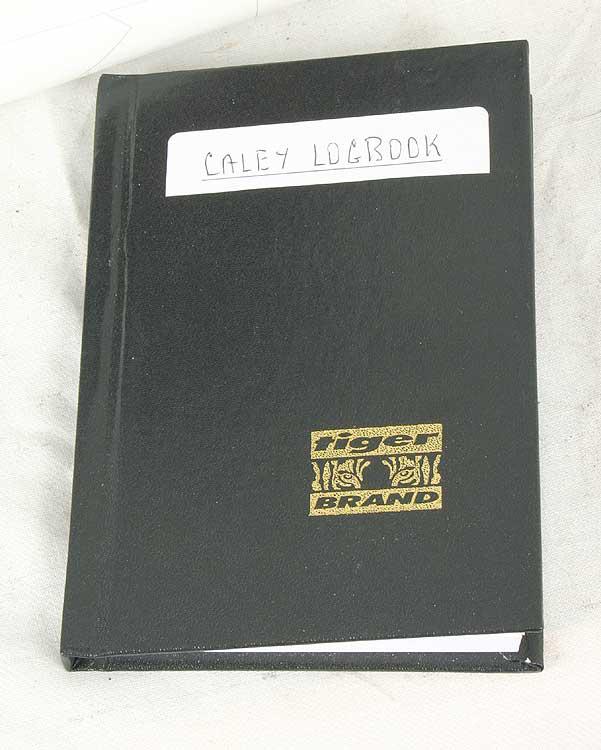 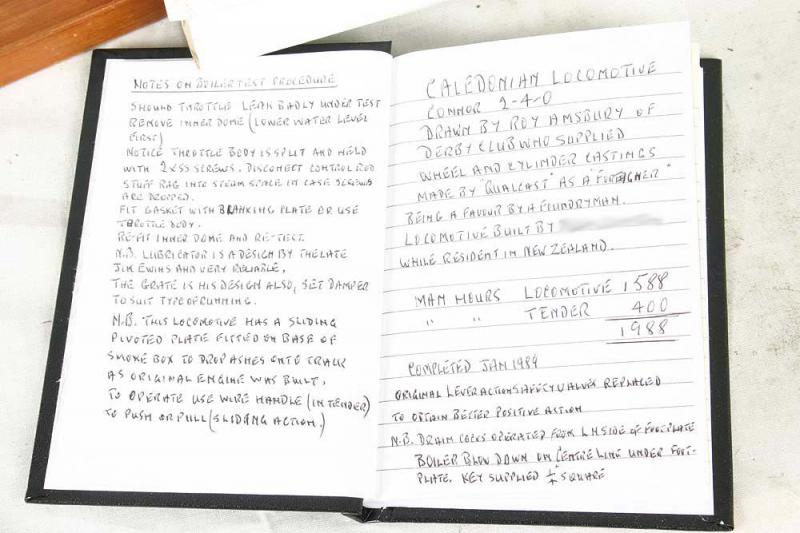 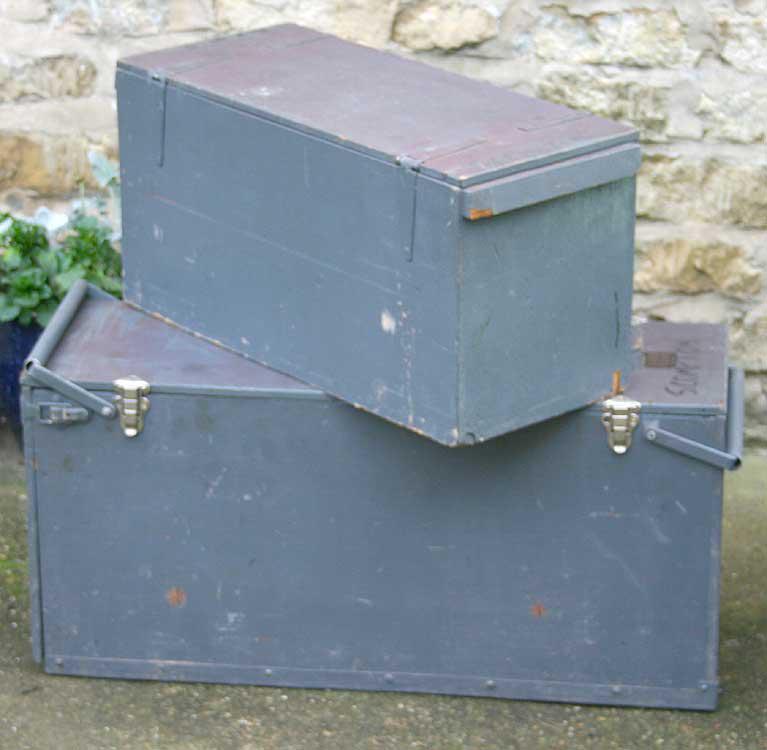 A superb example of a rarely-modelled prototype, Connor's 2-4-0 built by Neilson's in 1865 for the Caledonian Railway. A striking looking, typically Victorian offerering, the design's potential for modelling first came to the attention of the late Roy Amesbury of Derby SME. He produced a set of drawings and patterns for his own use - the engine he built is well known, taking a silver medal at the Model Engineer Exhibition followed by a good showing at IMLEC.

A friend of the builder, then living in New Zealand, Amesbury provided a set of drawings, wheel and cylinder castings for this engine. The castings were produced in England by Qualcast as a "foreigner" (presumably on the night shift!), all remaining parts were fabricated.

The builder kept fastidious notes of construction and running. The engine was built in 1588 hours, the tender a further 400 hours, it was completed in 1989. It has been fitted with an odometer from new which shows it covered 91Km from completion until 1996 when it was laid up. It has been unused from that date until two weeks ago when it was hydraulic tested and steamed for the club test.

The engine comes with a pair of fitted wooden travel crates and the original builder's logbooks showing his calculations for everything from grate area to blast pipe size. It is a beautifully made engine in fine condition, as much at home on display (as it is in my office at the moment) as on the track where the large wheels give a relaxed gait with a very distinctive bark to the exhaust when working.

For more about the builder of this engine, see this month's news page.