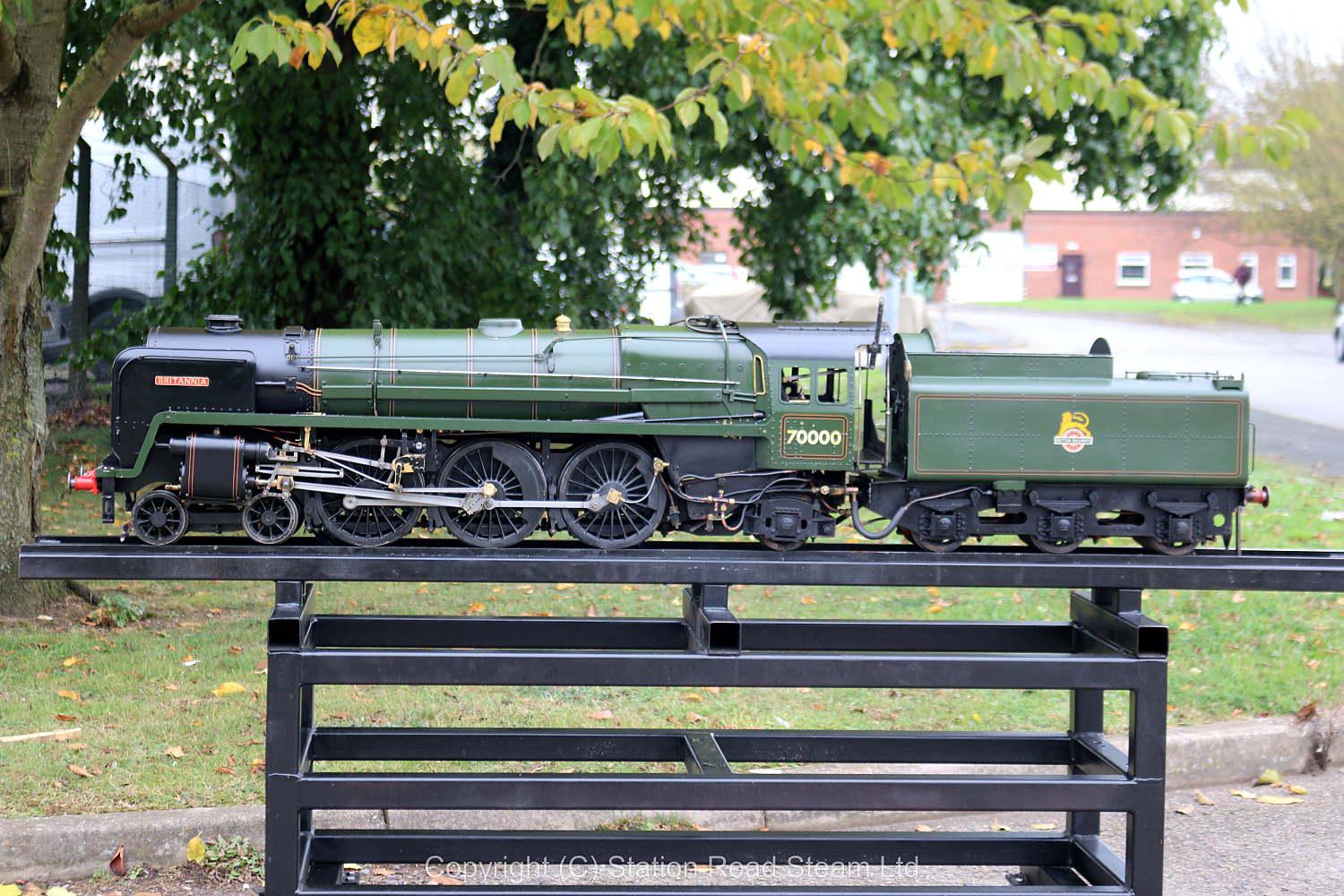 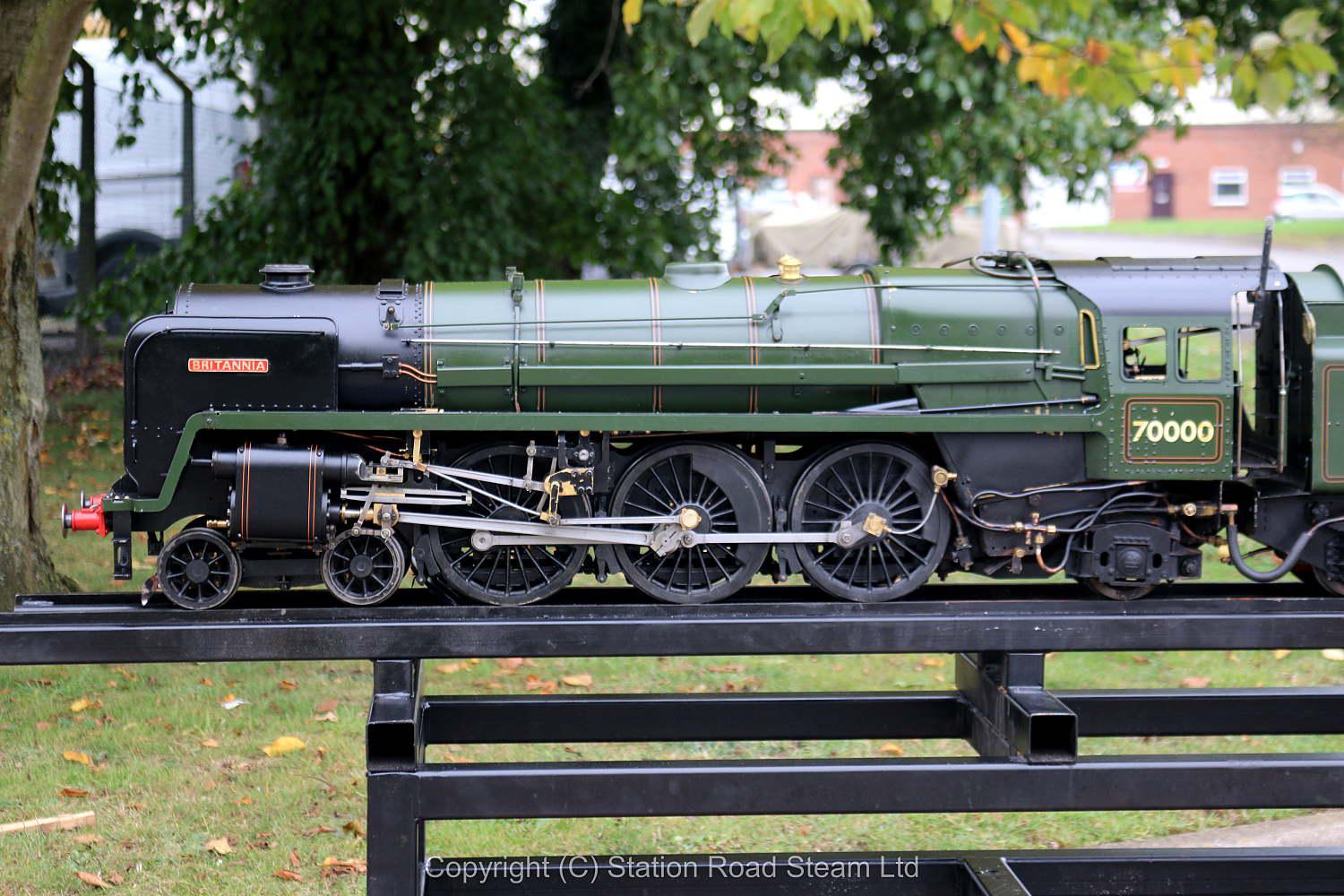 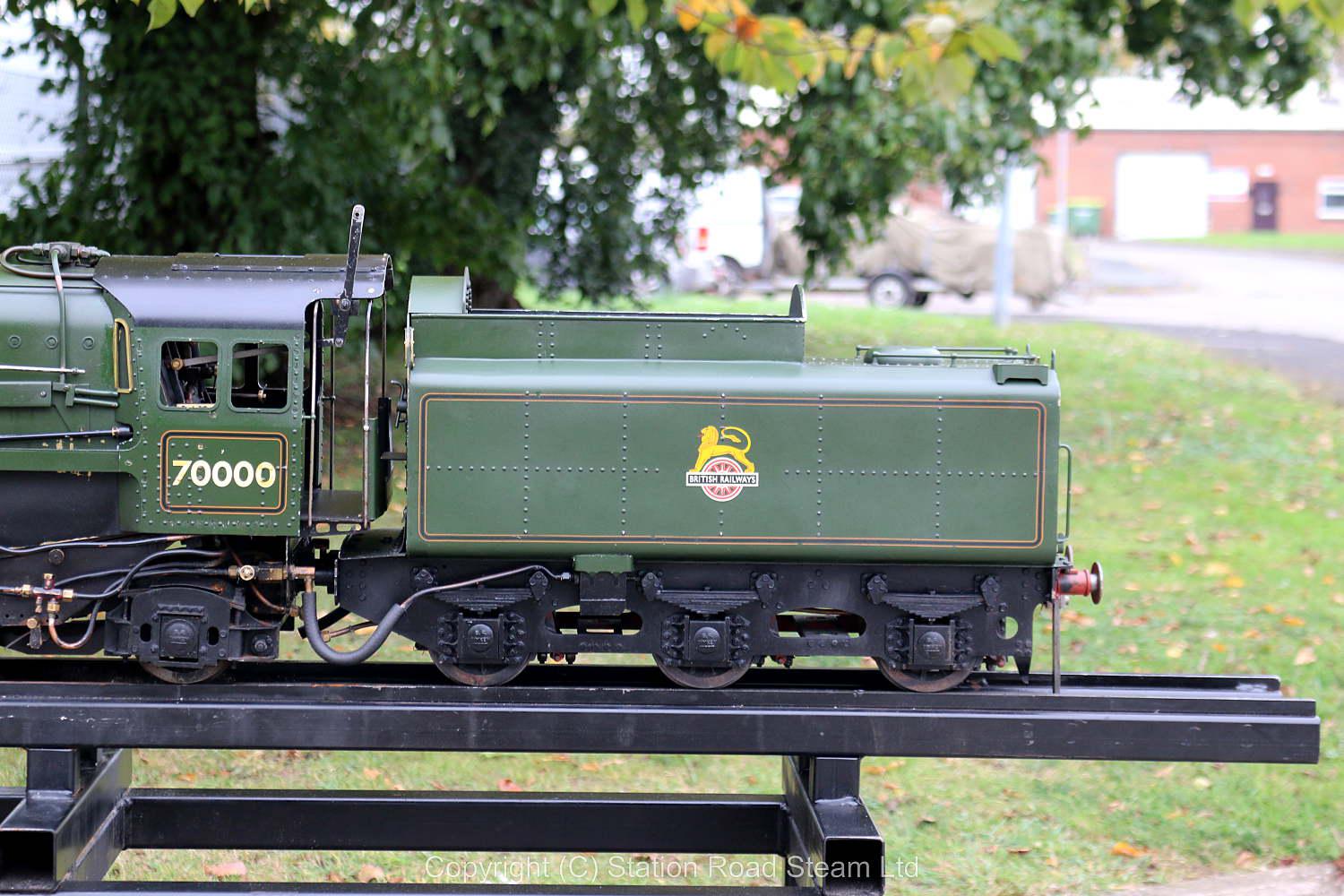 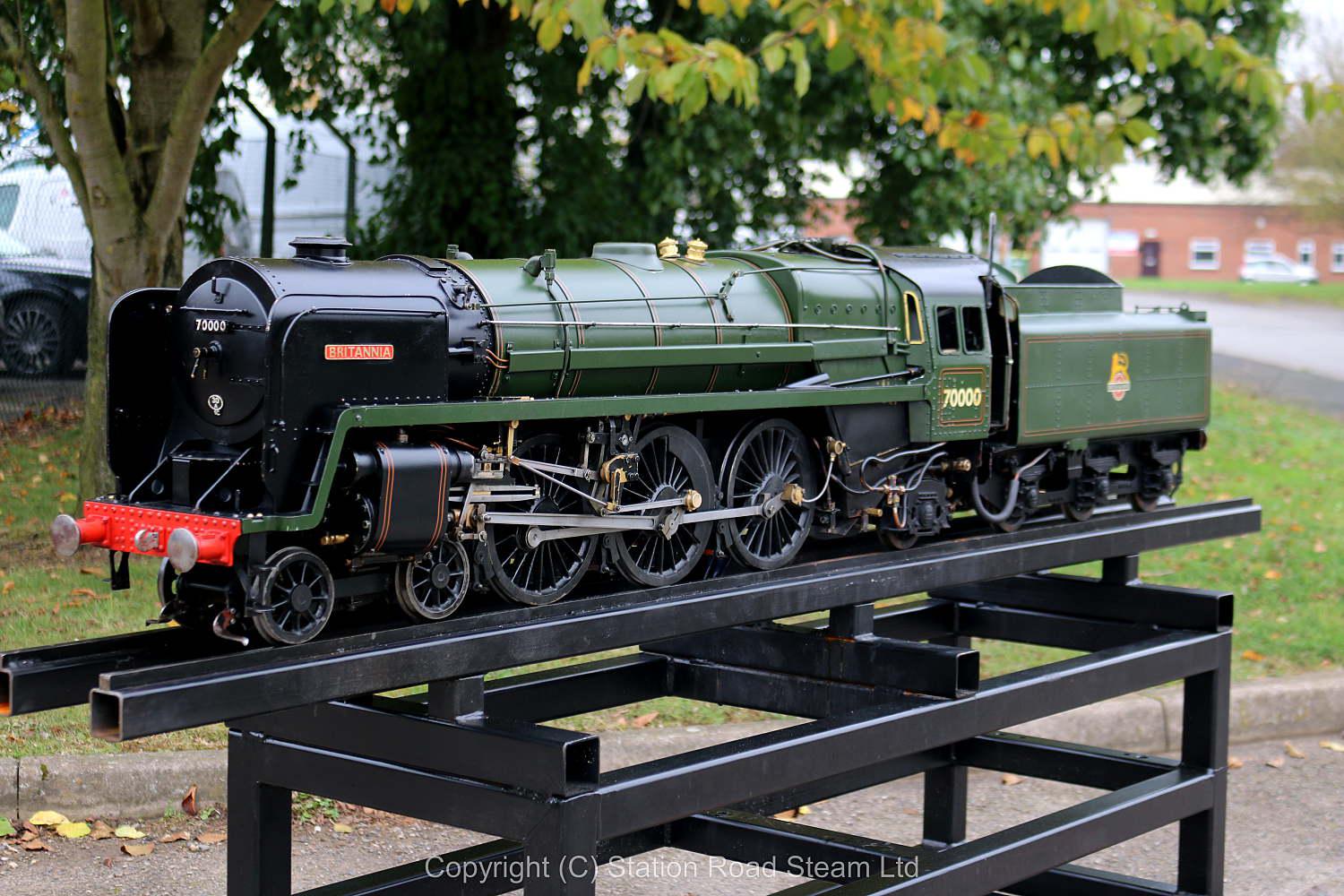 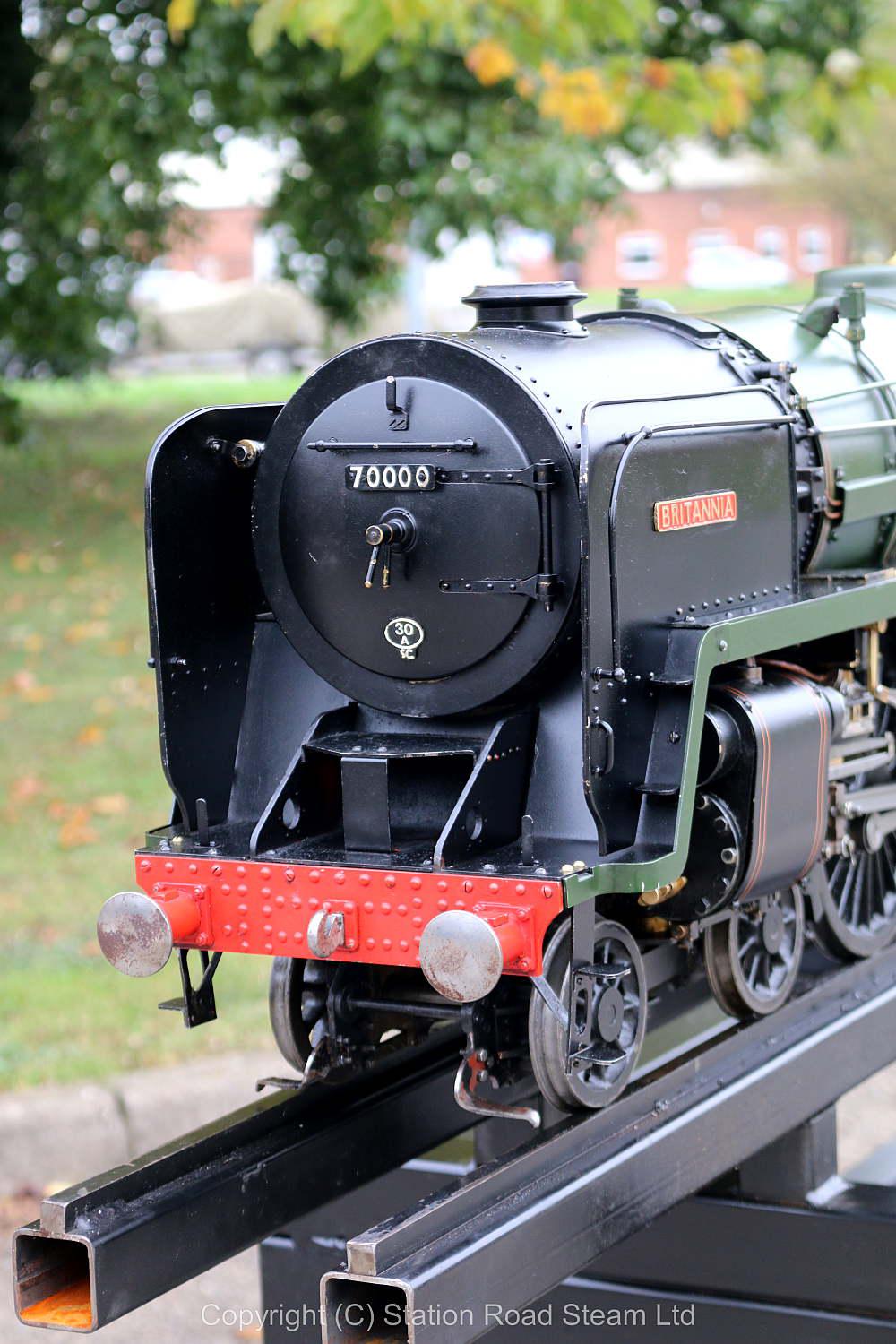 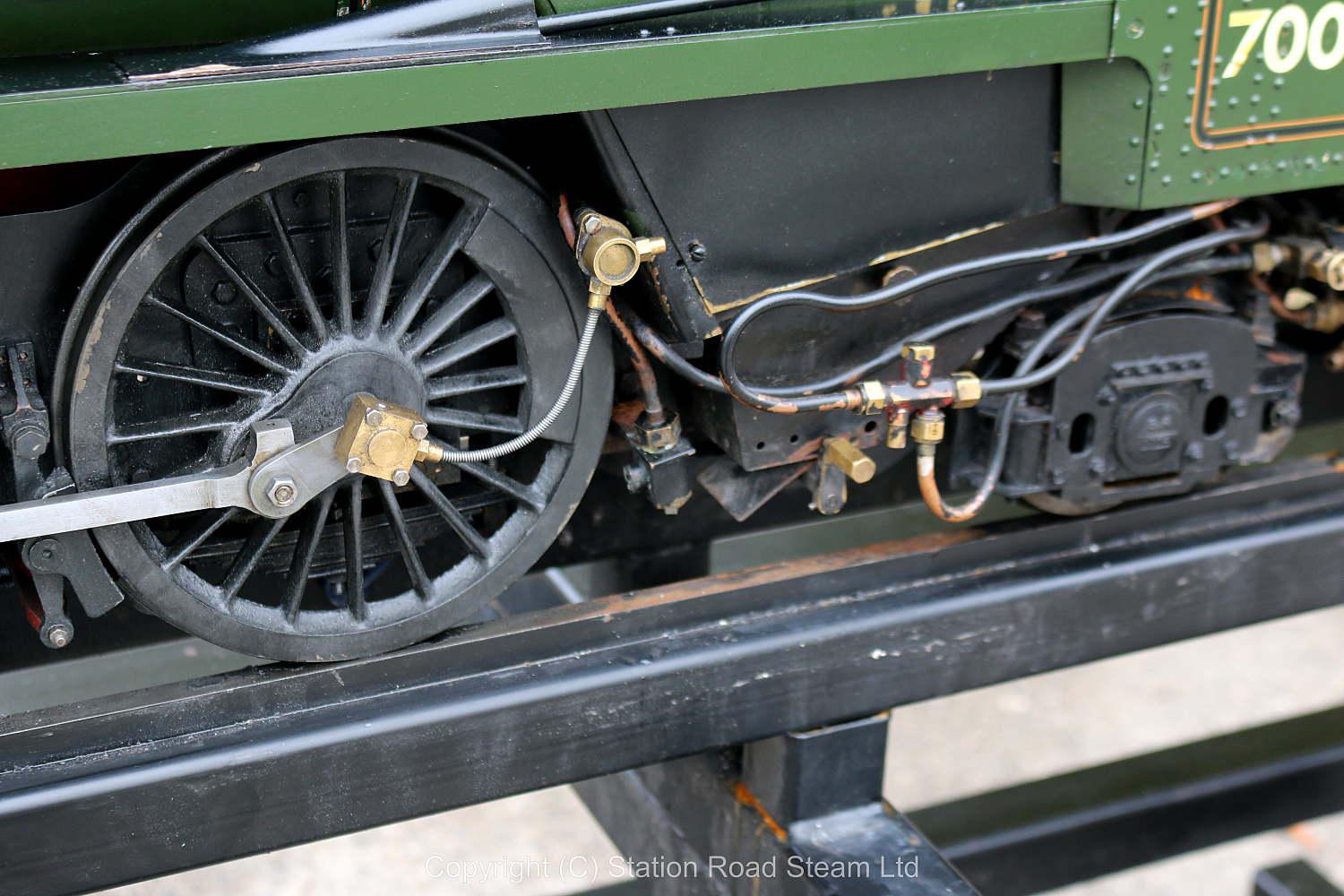 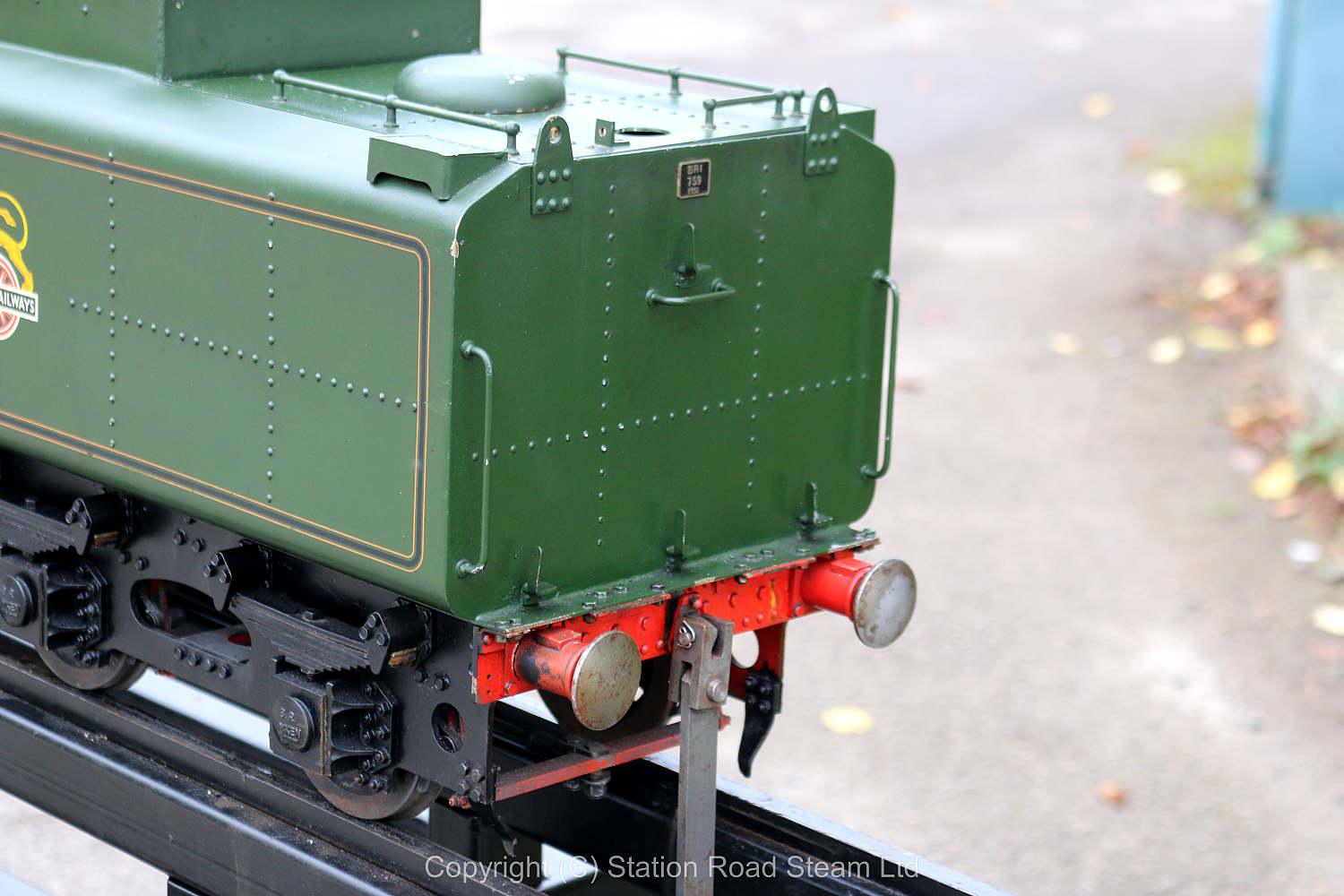 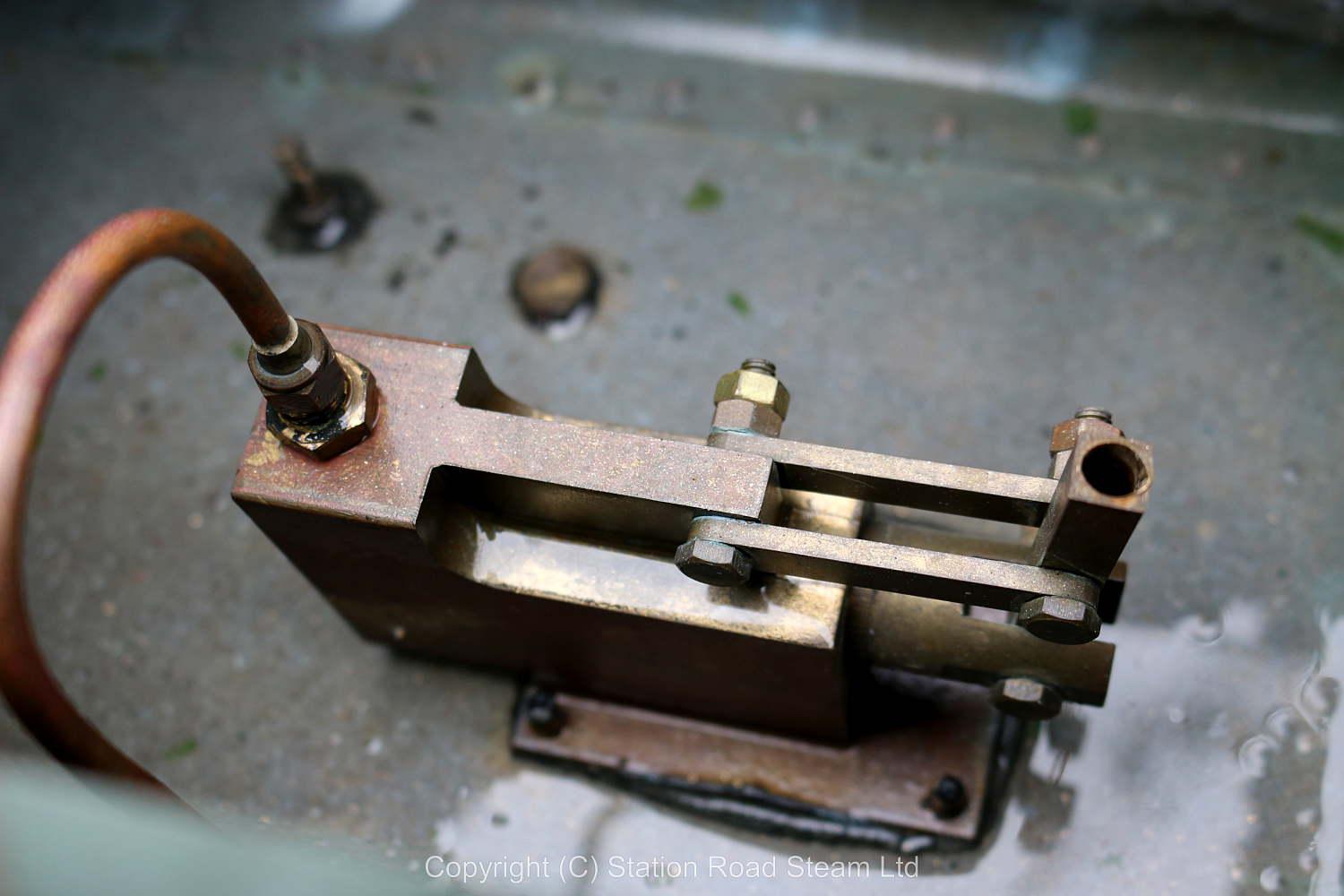 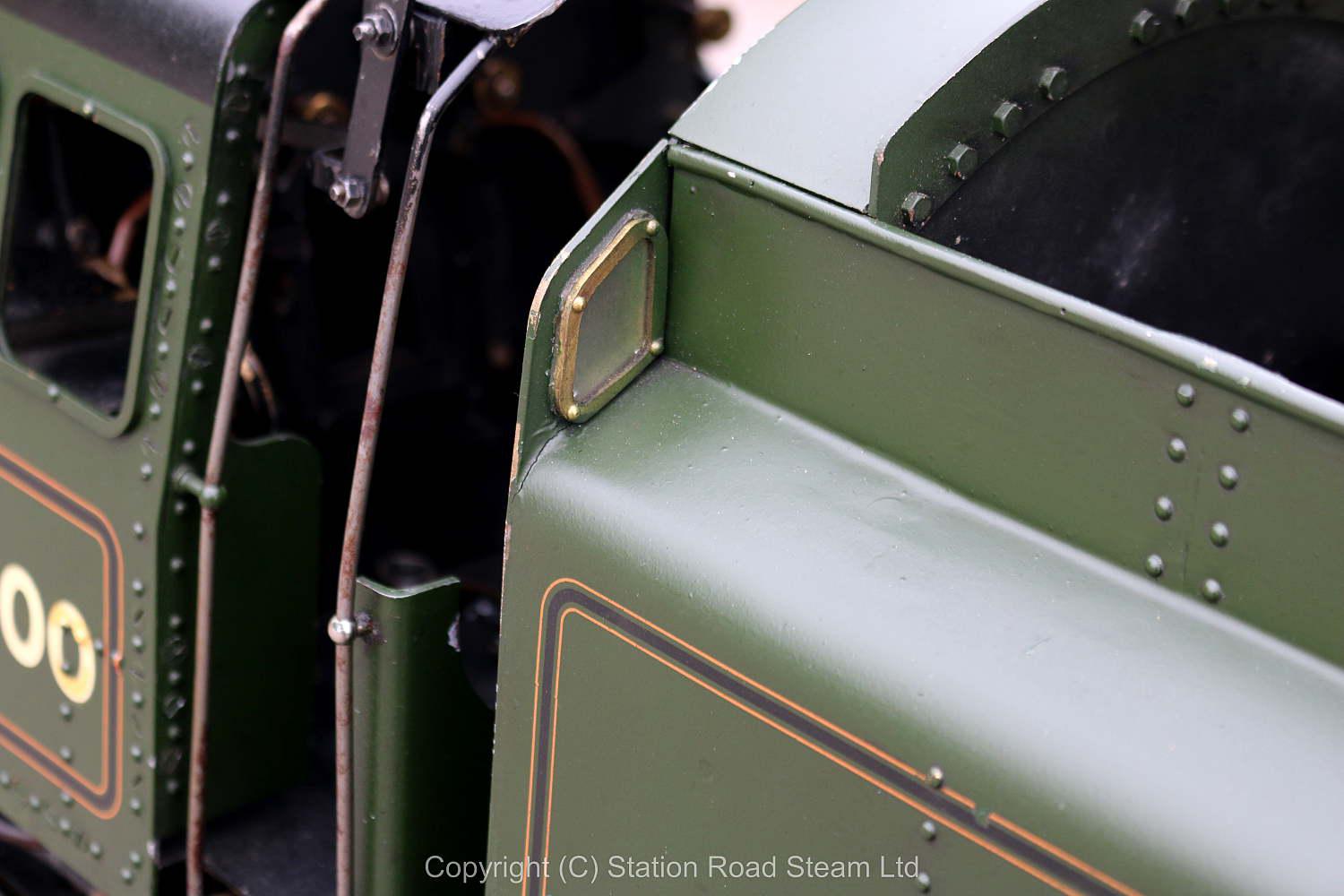 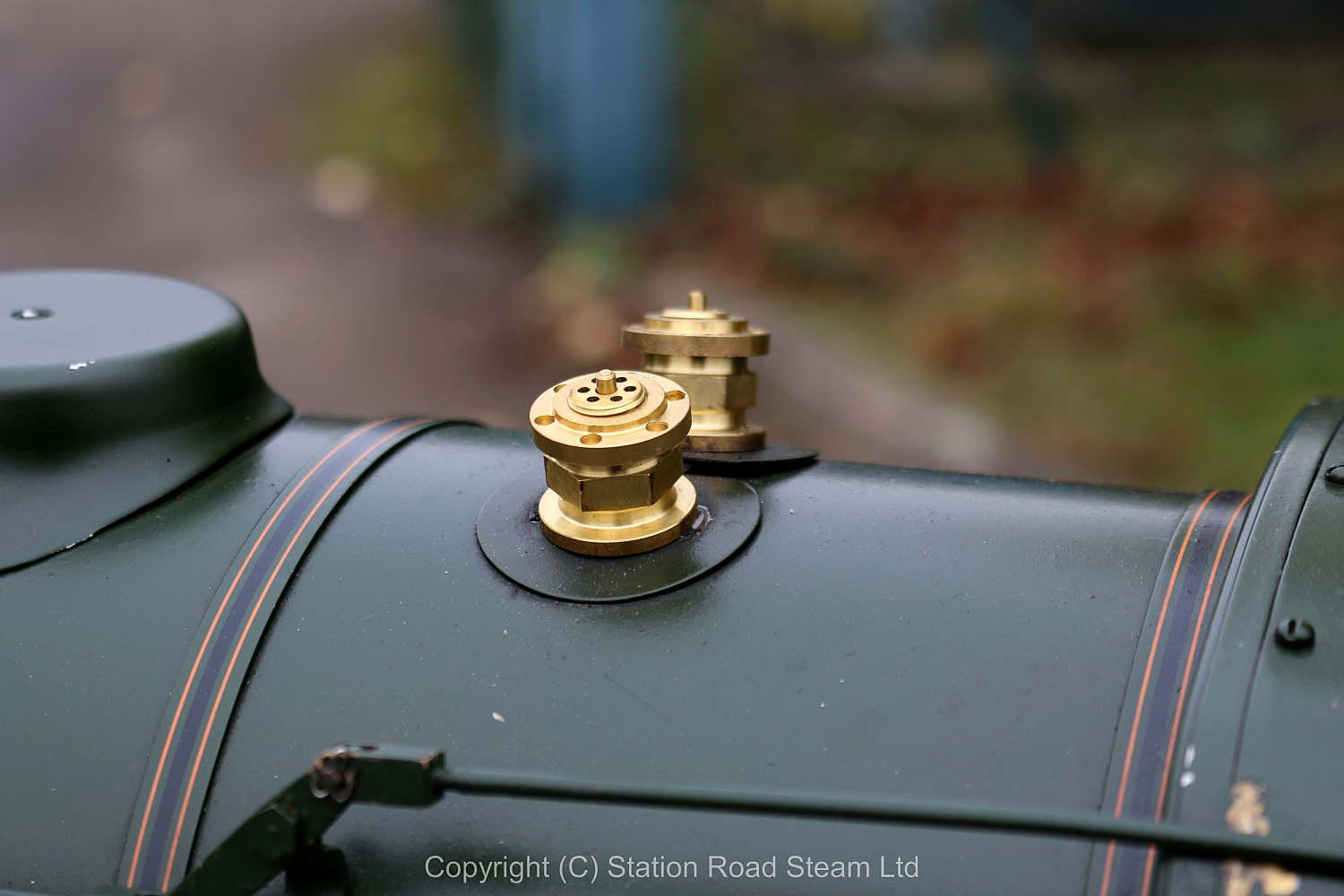 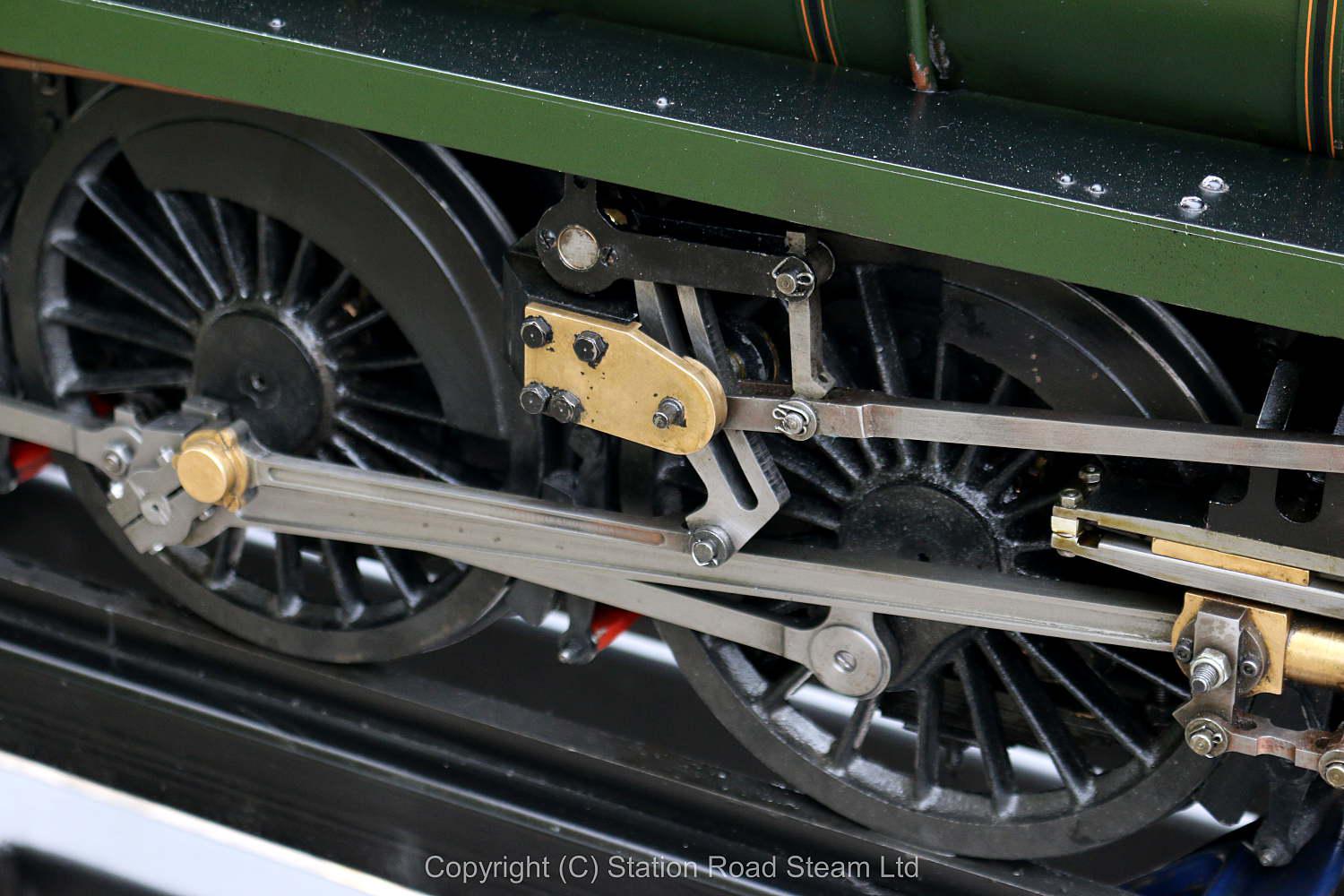 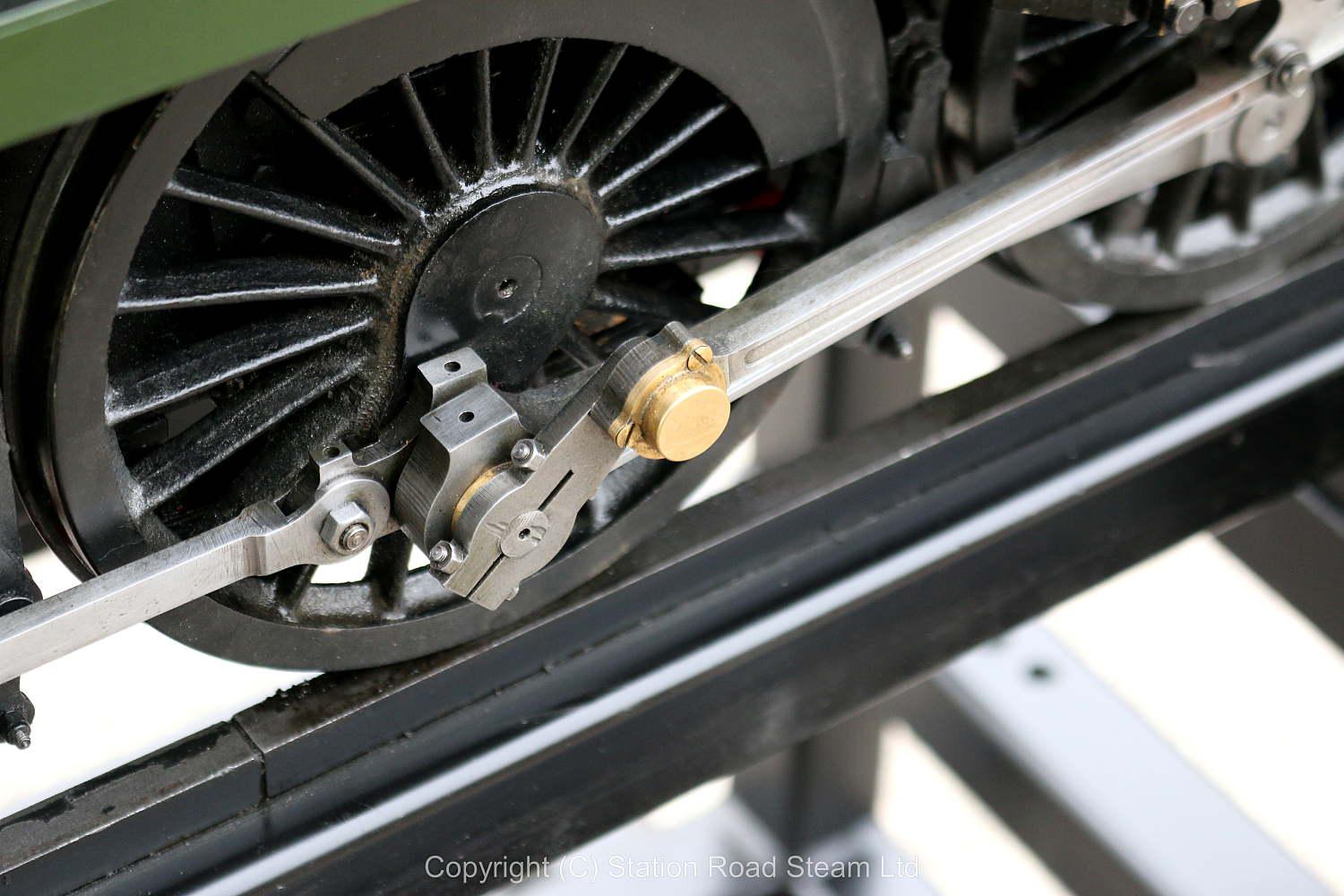 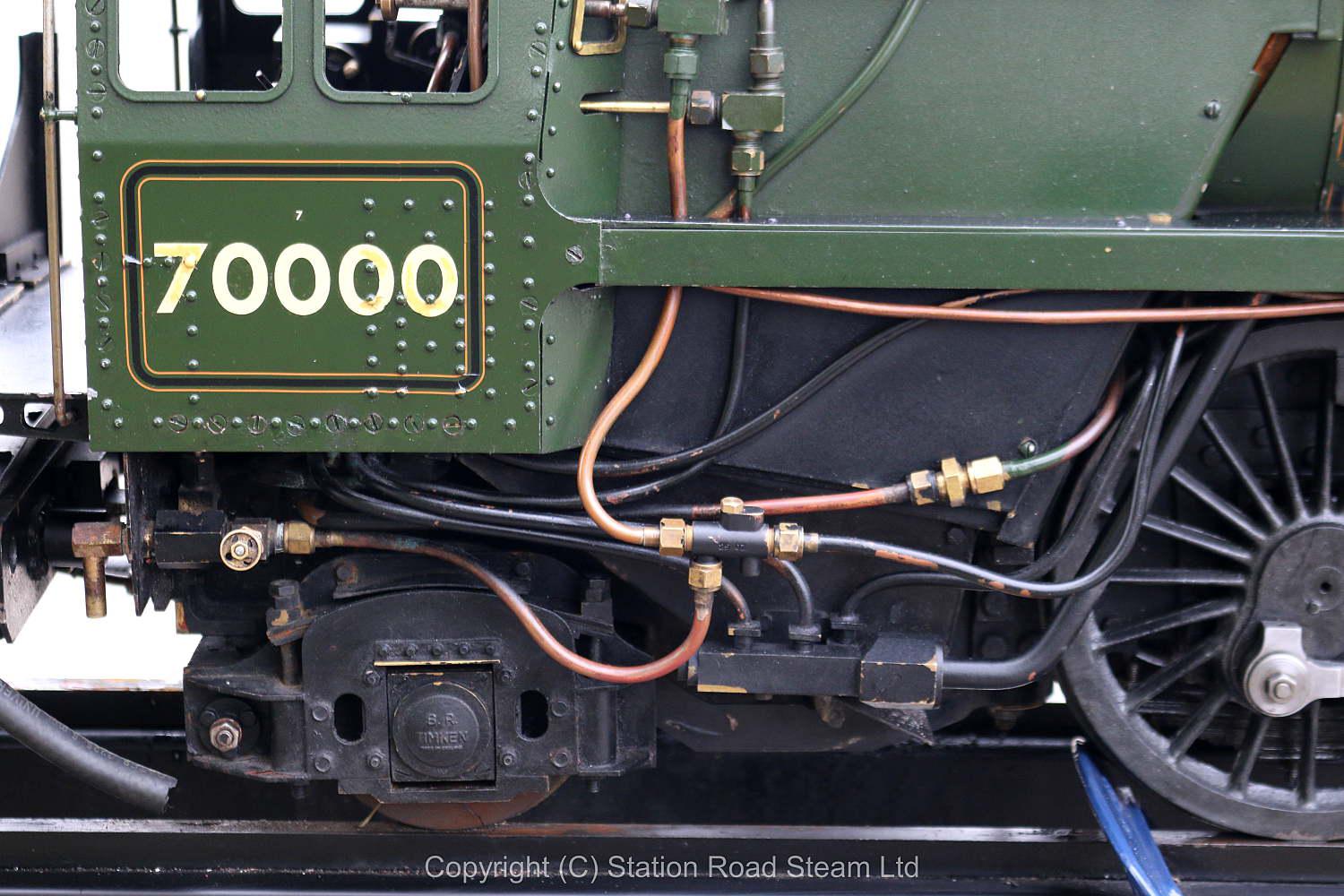 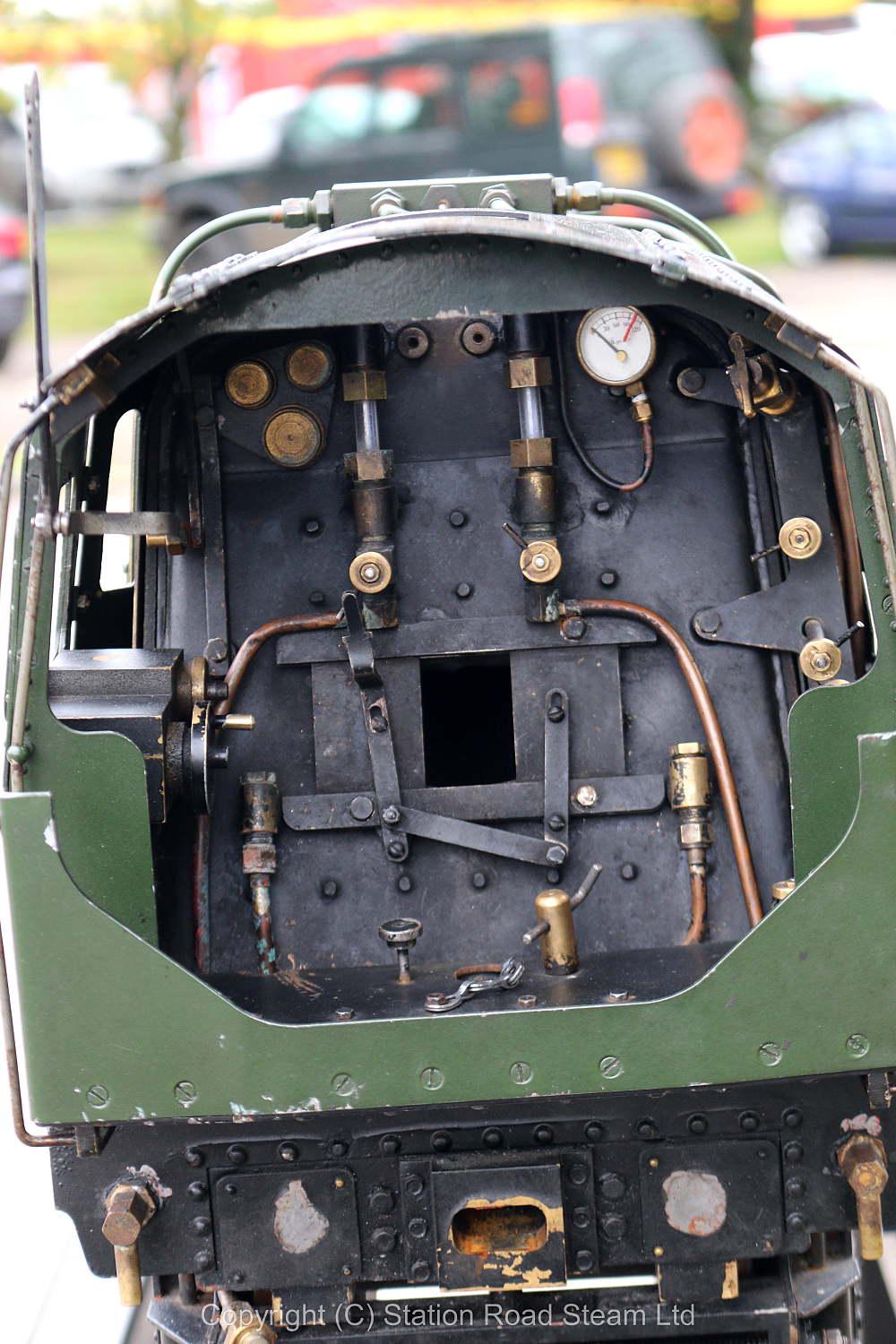 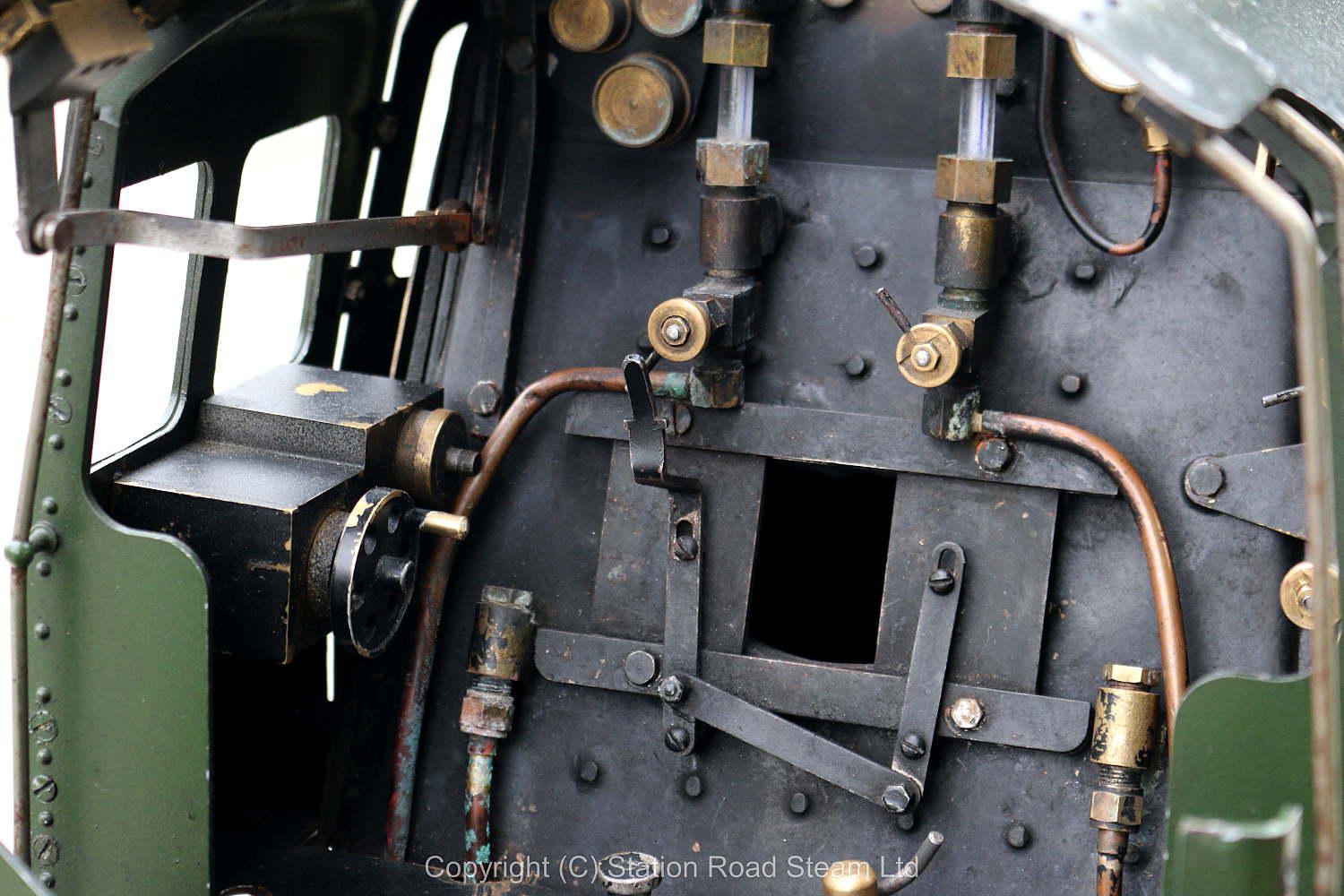 A kit-built 5 inch gauge Britannia which came into the workshop recently with the usual lack-lustre performance, steam roaring up the chimney and wheels having a distinct lack of go. Two days on the bench of John, our master machinist and valve gear guru (you might have seen what he did to the 10 1/4 inch gauge "Loyalty" which had similarly dire performance as built - there's some video of the revitalised locomotive running here) and it's a different machine. There's some video of it running on the rolling road here, it will now notch up in either direction and makes steam even at tickover.

The engine runs well and steams freely, boiler is in good condition; paintwork is presentable.