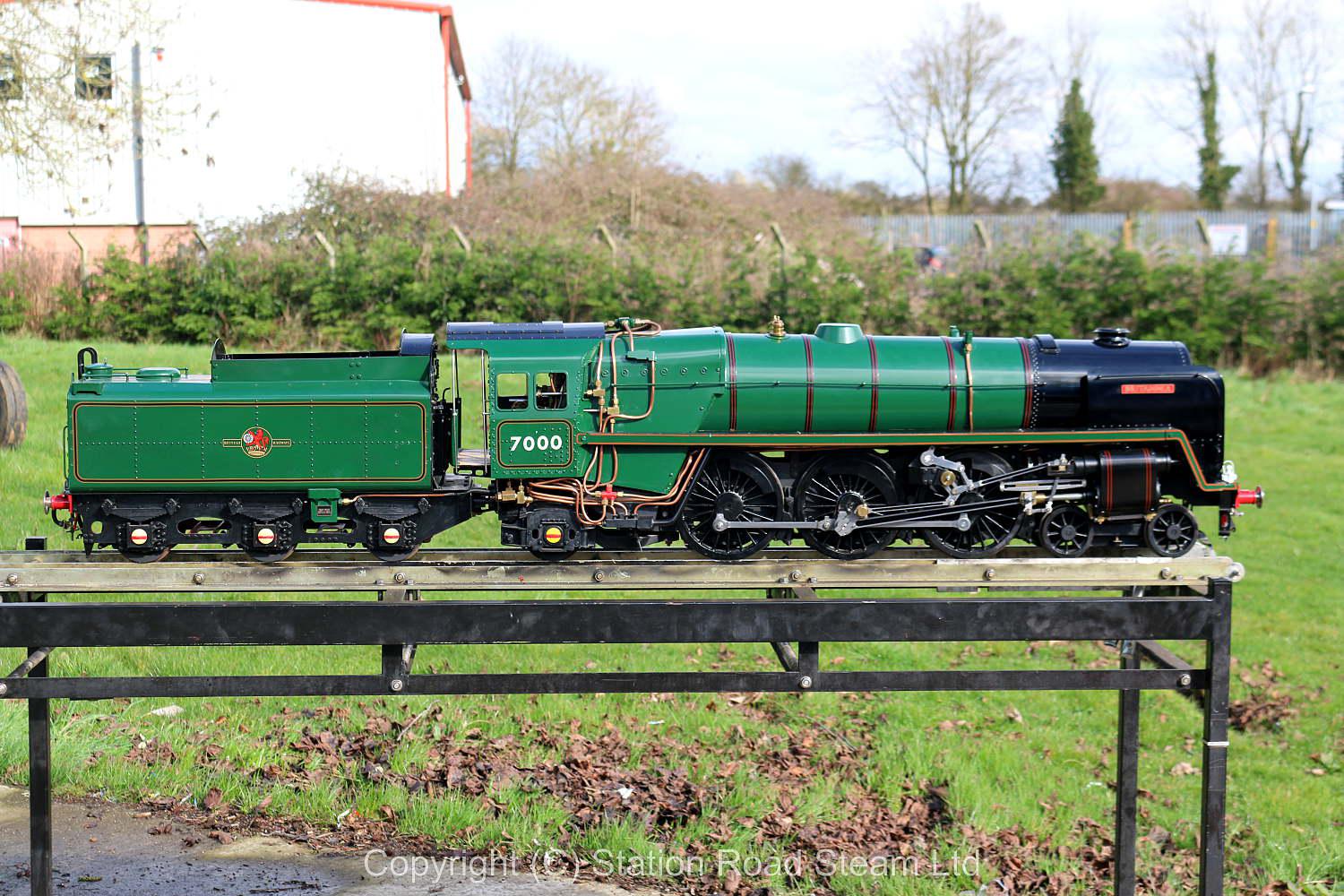 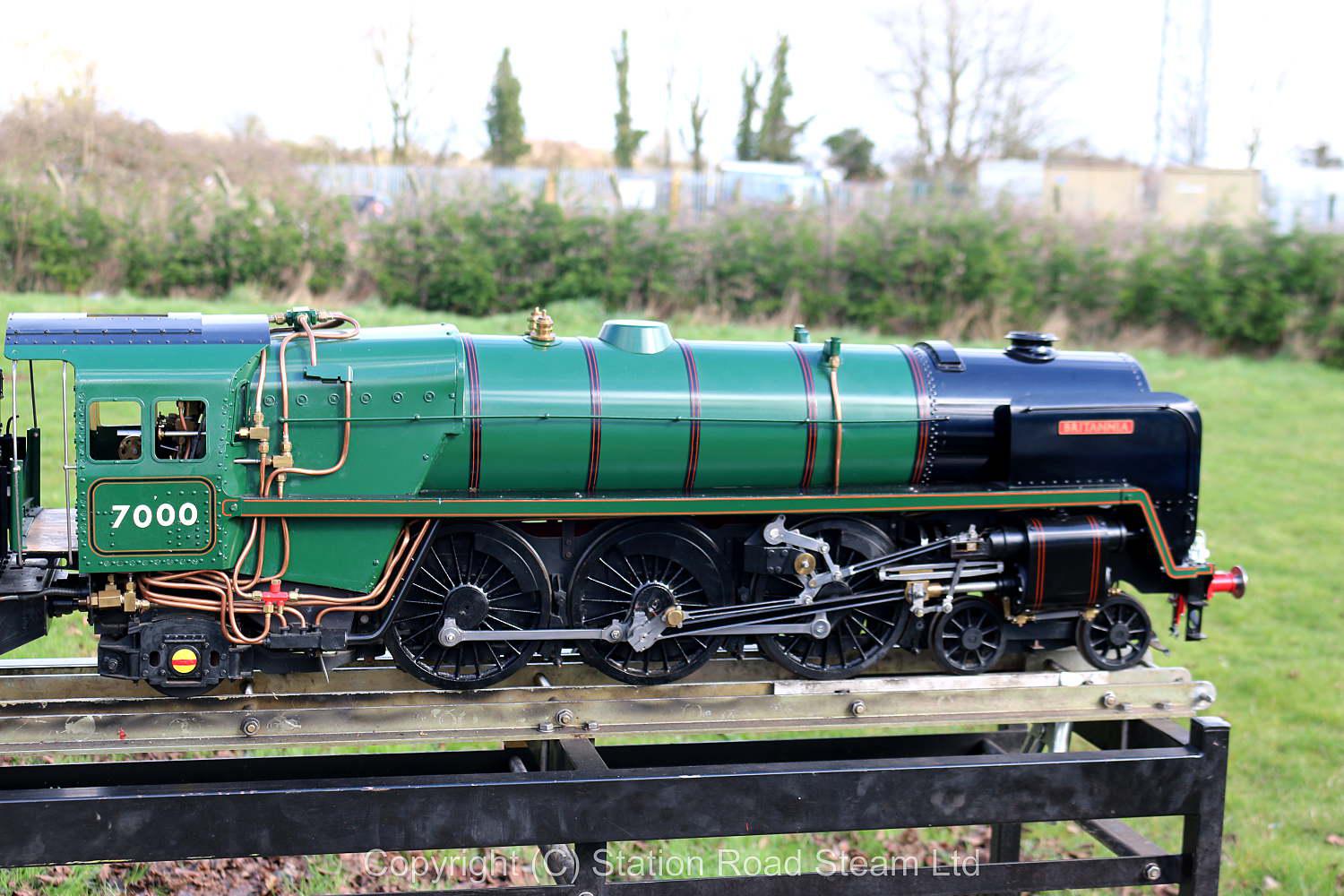 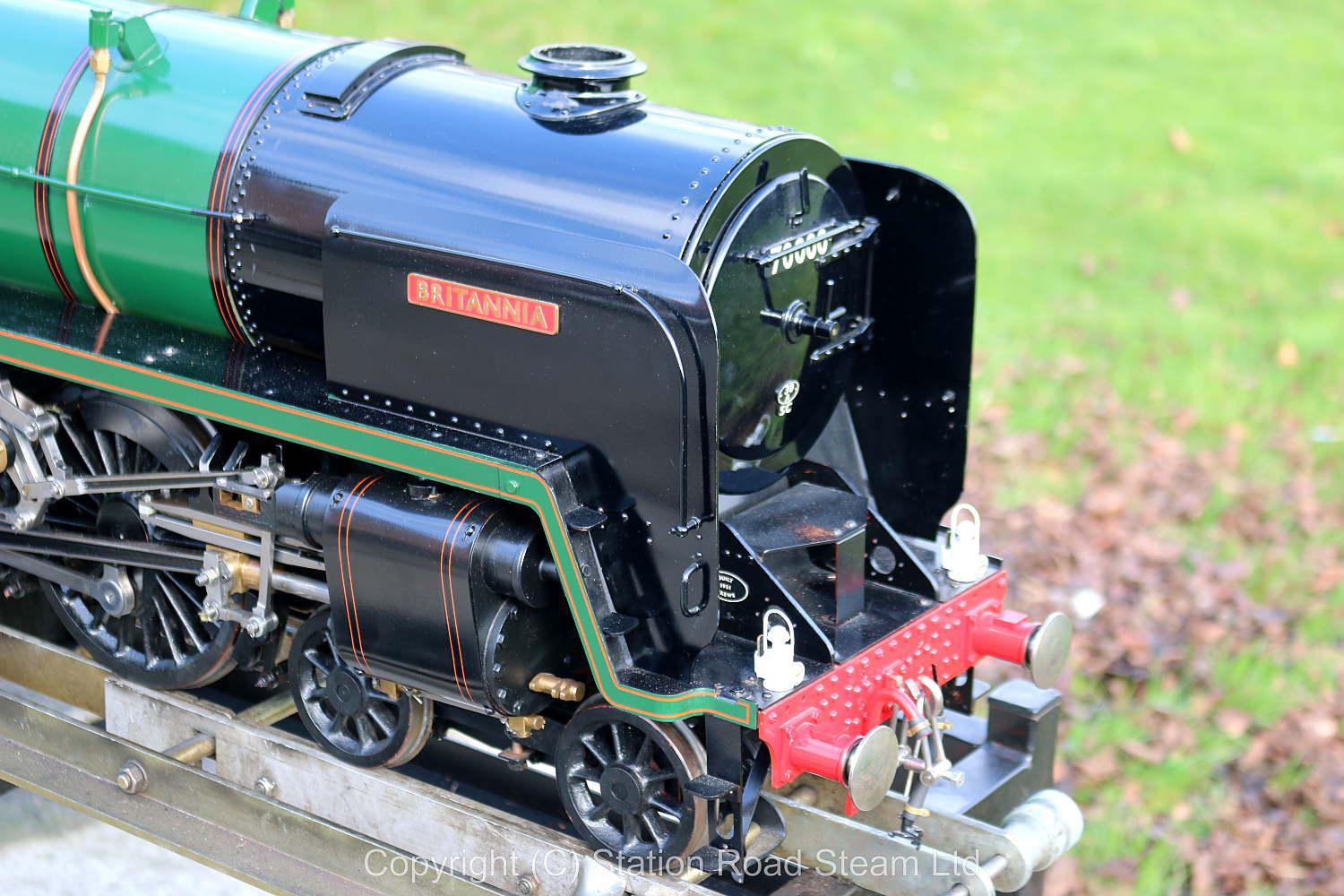 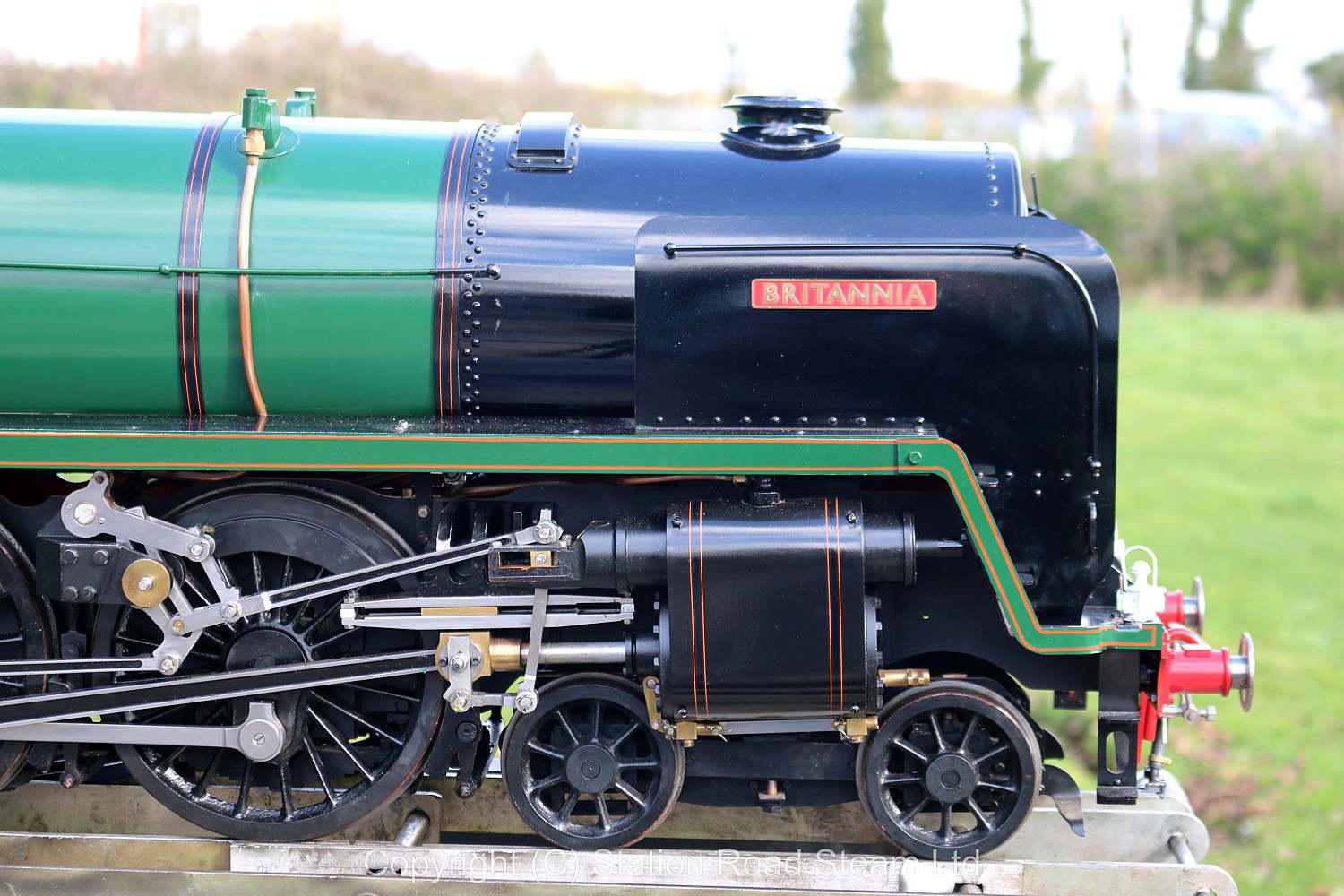 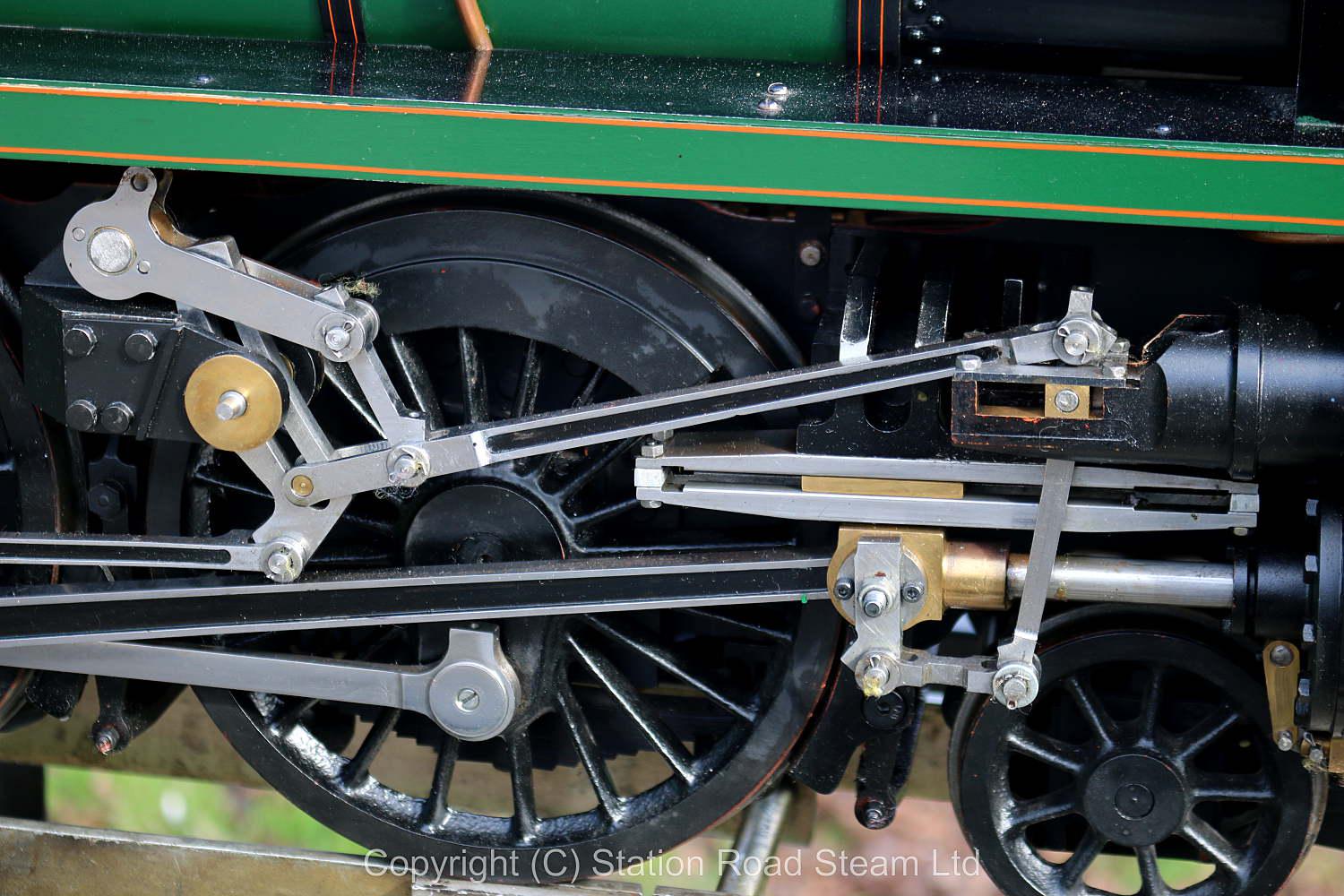 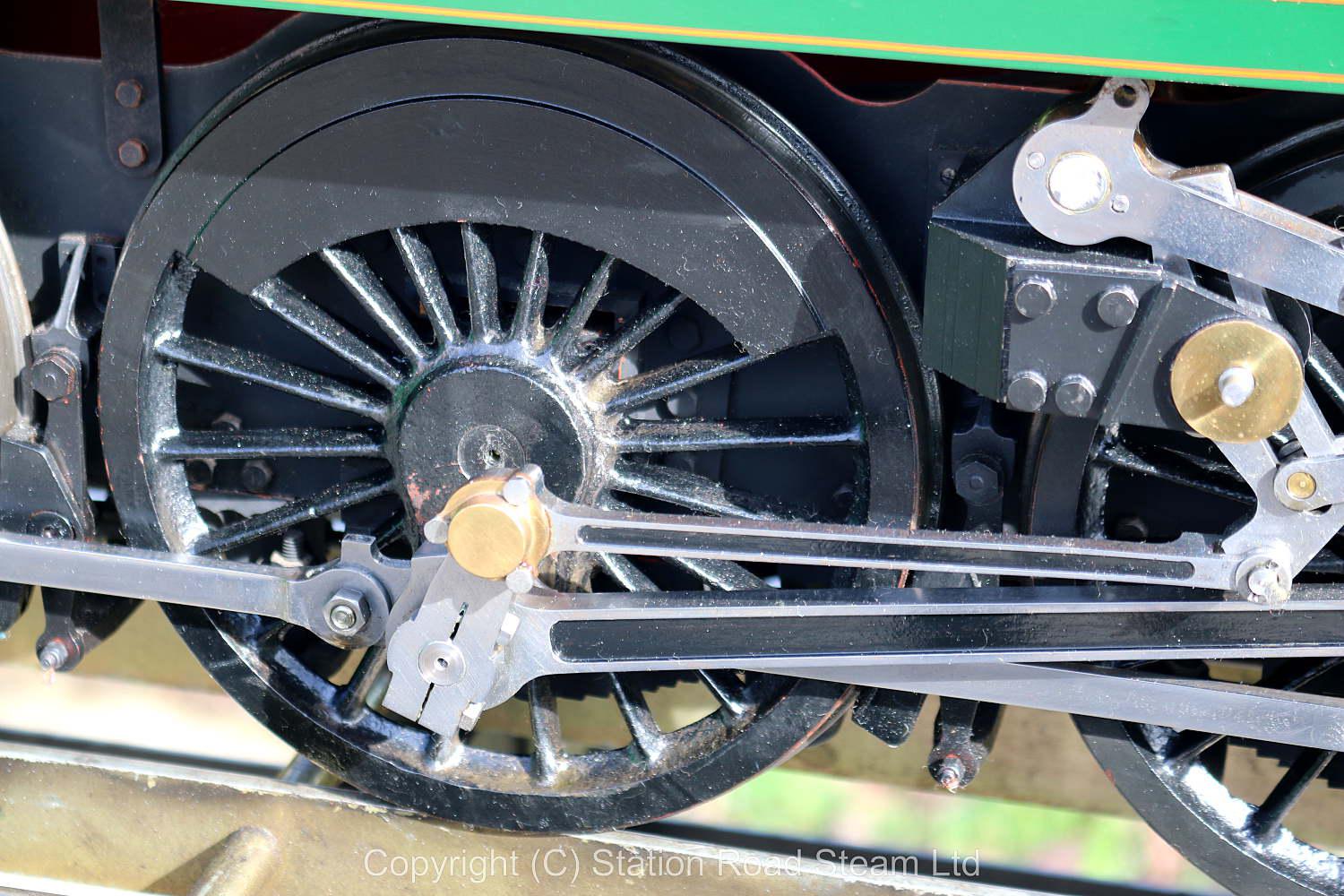 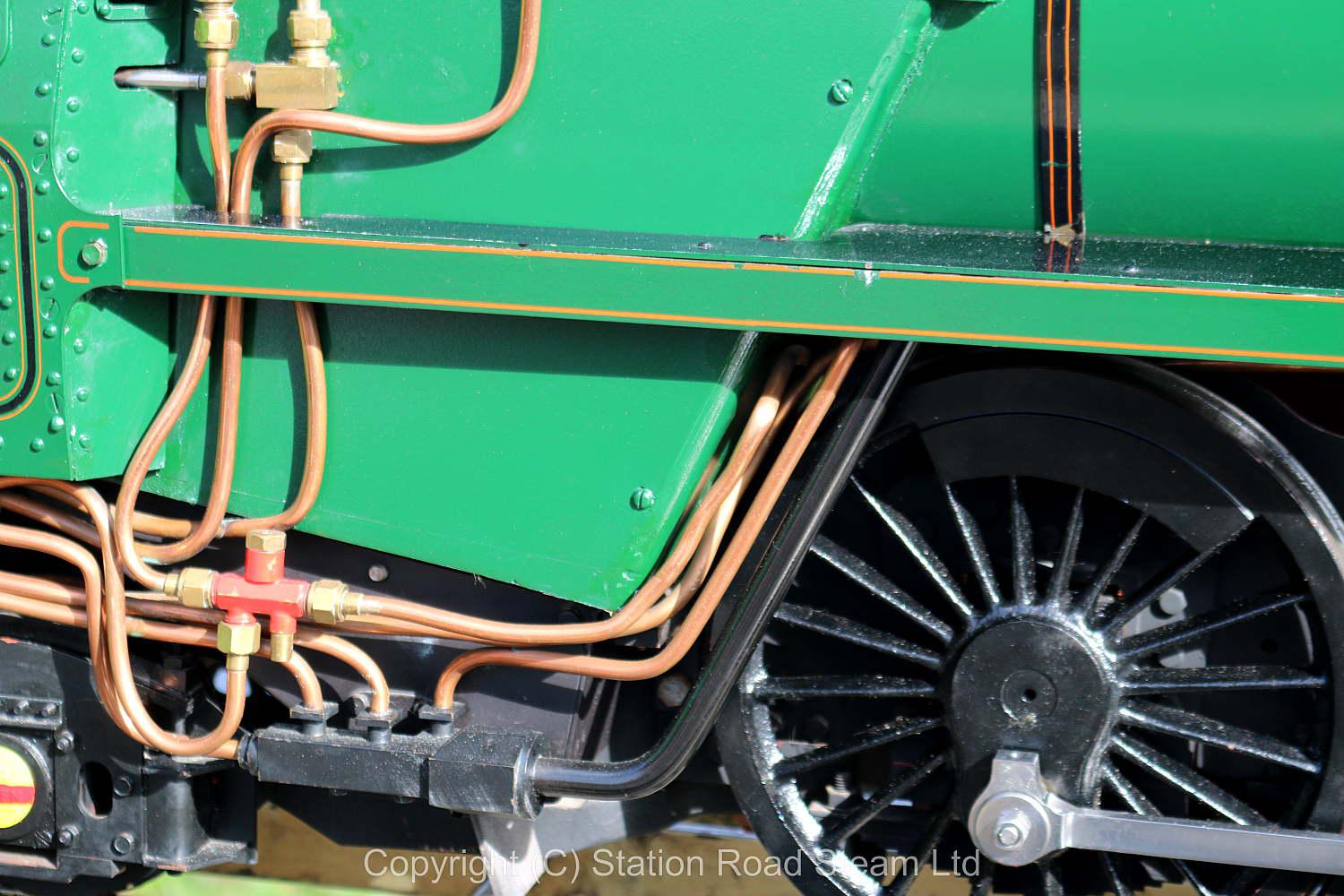 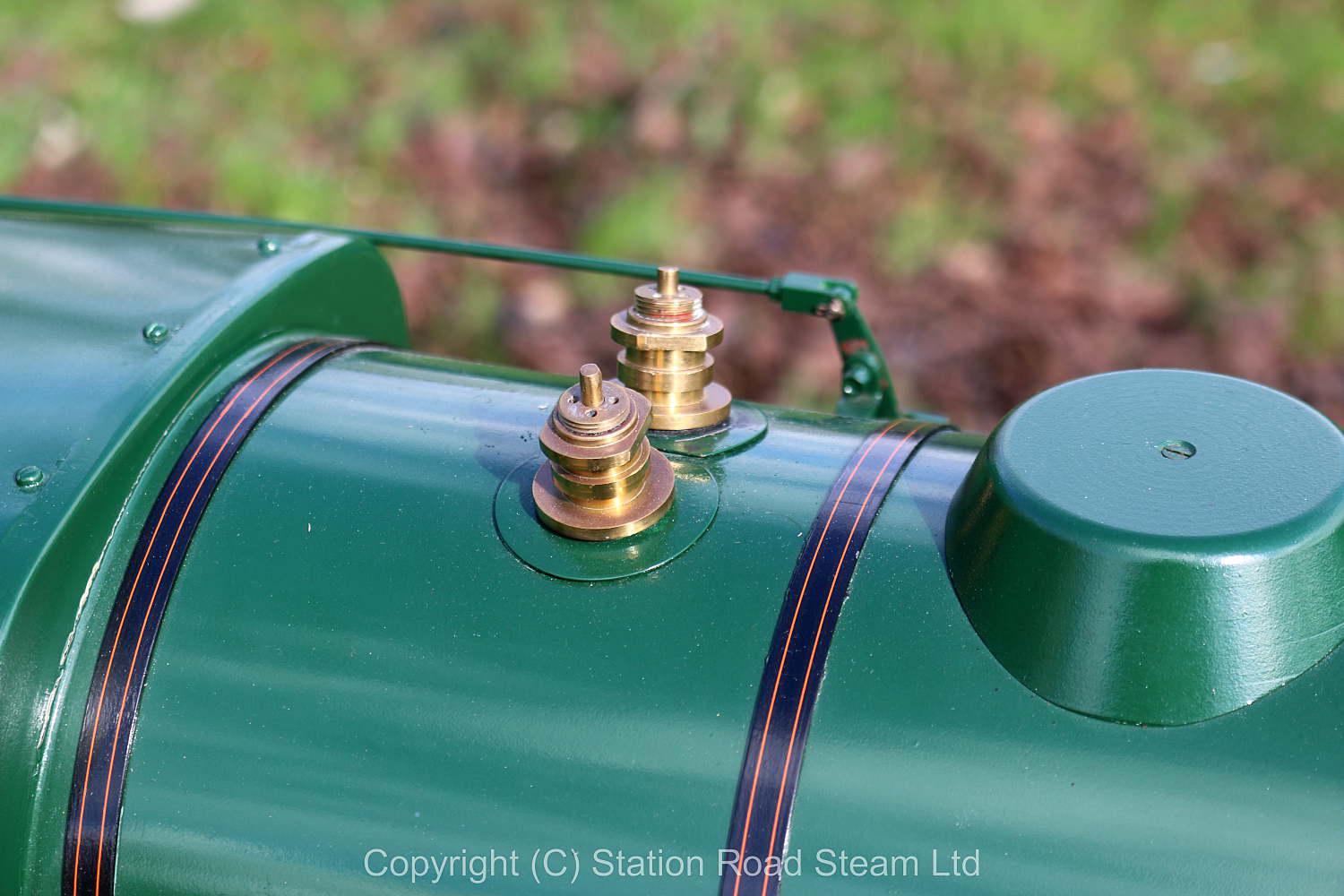 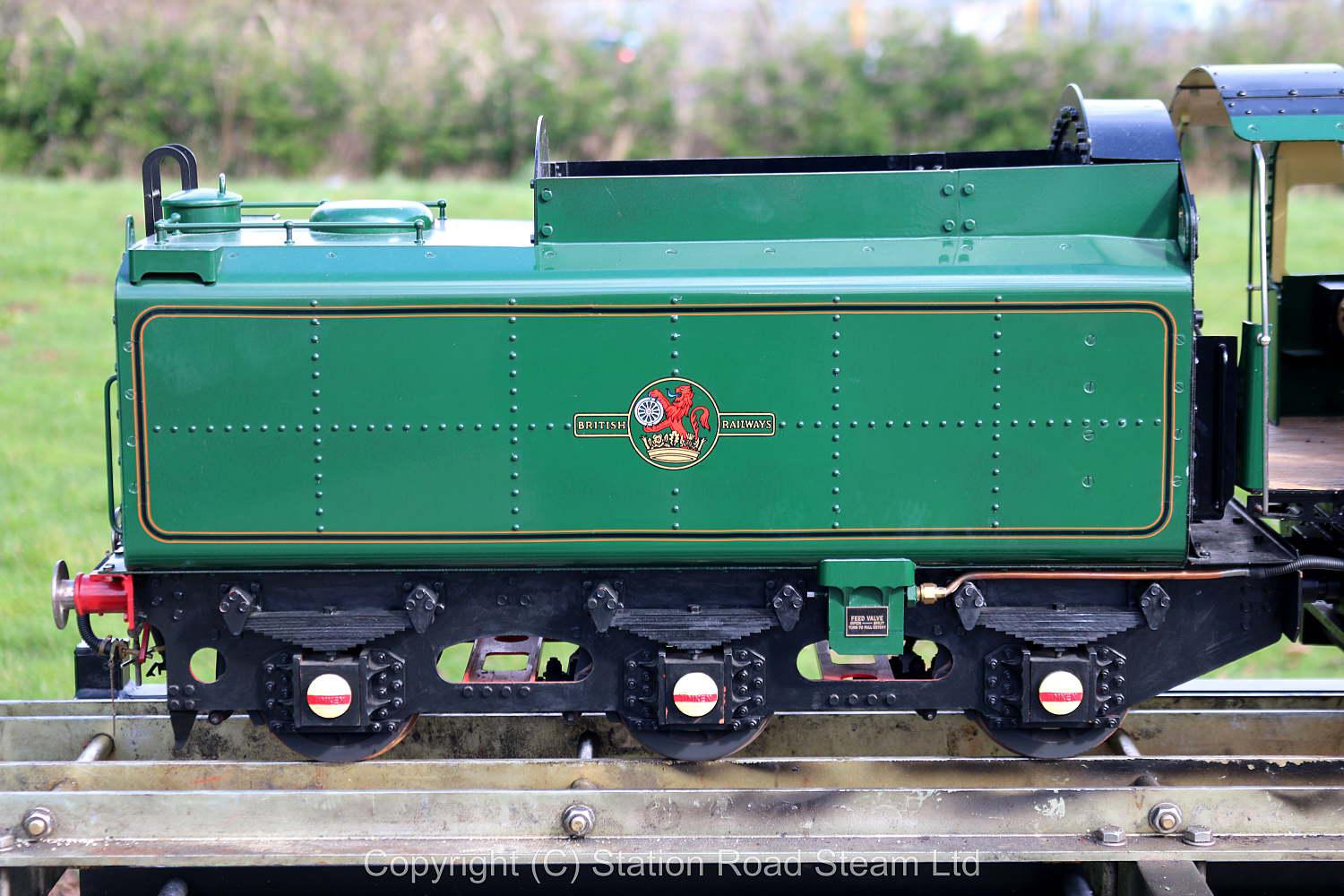 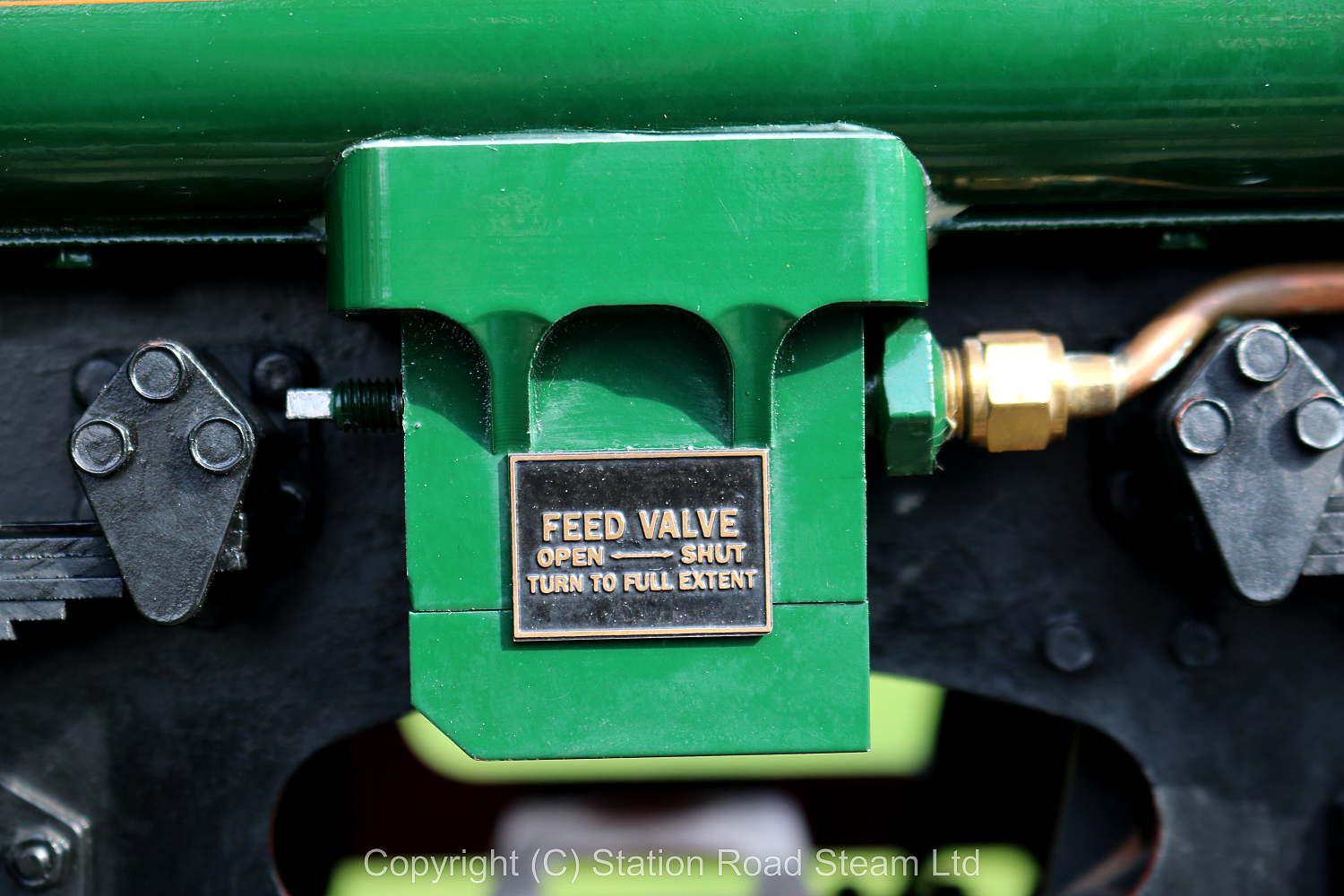 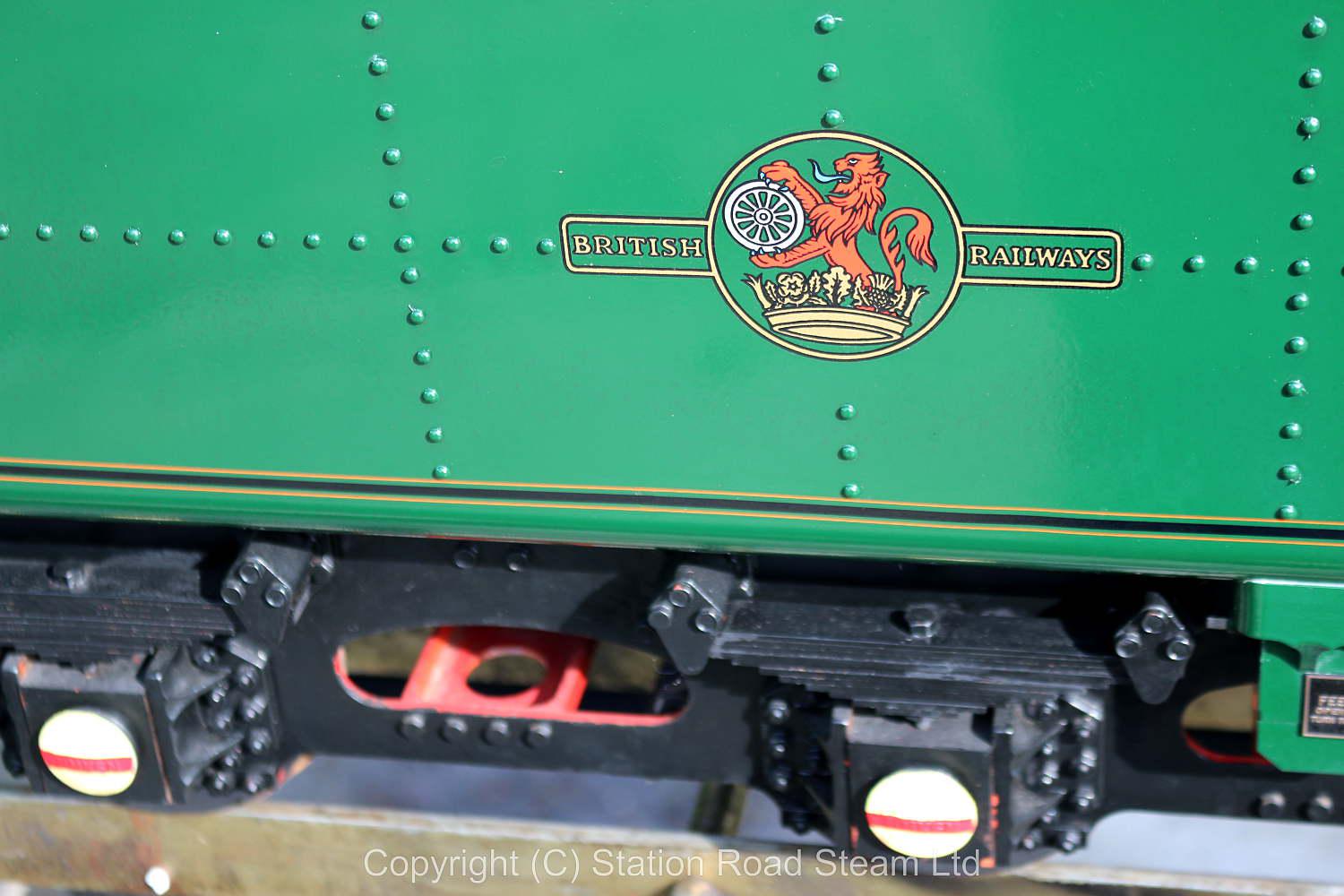 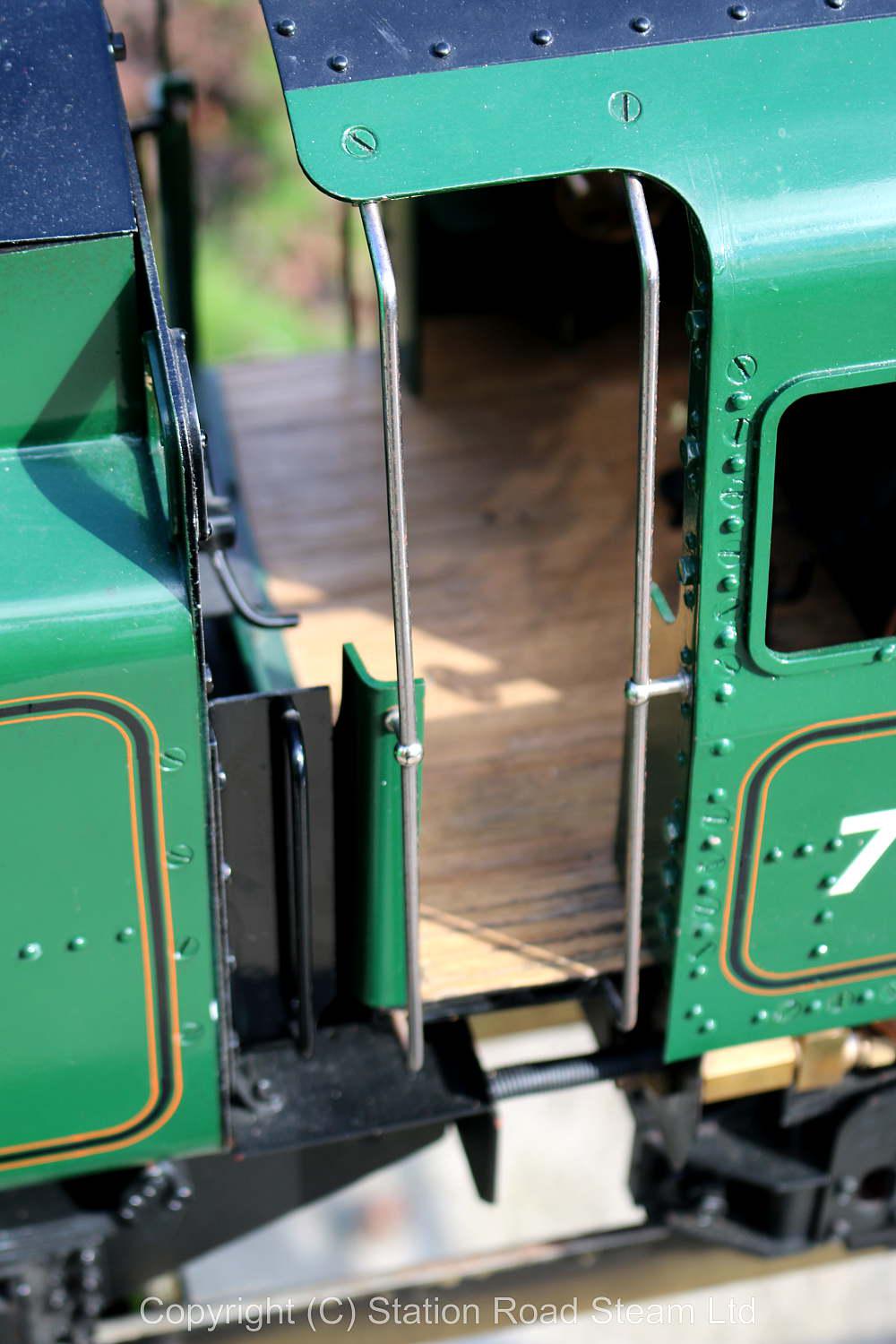 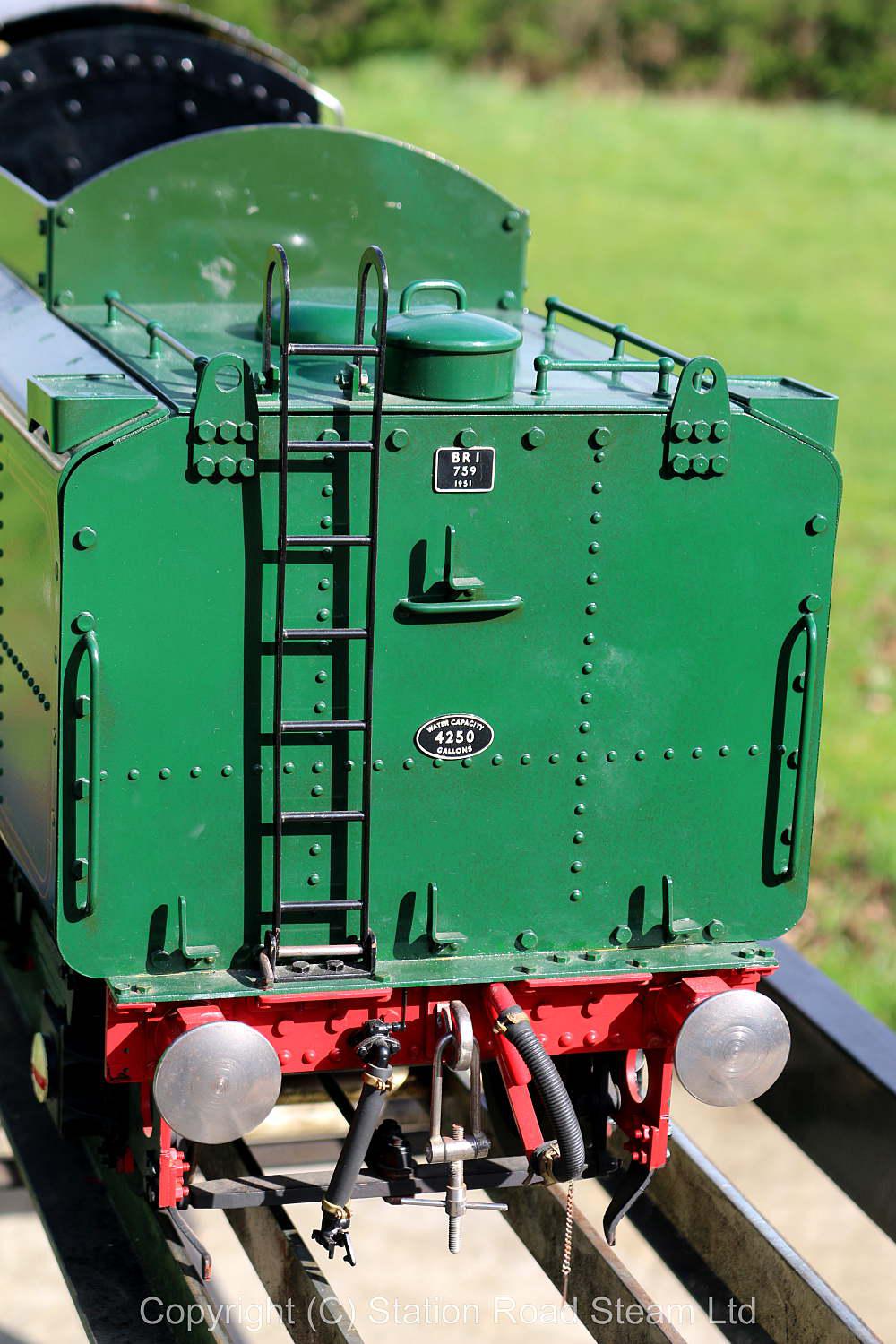 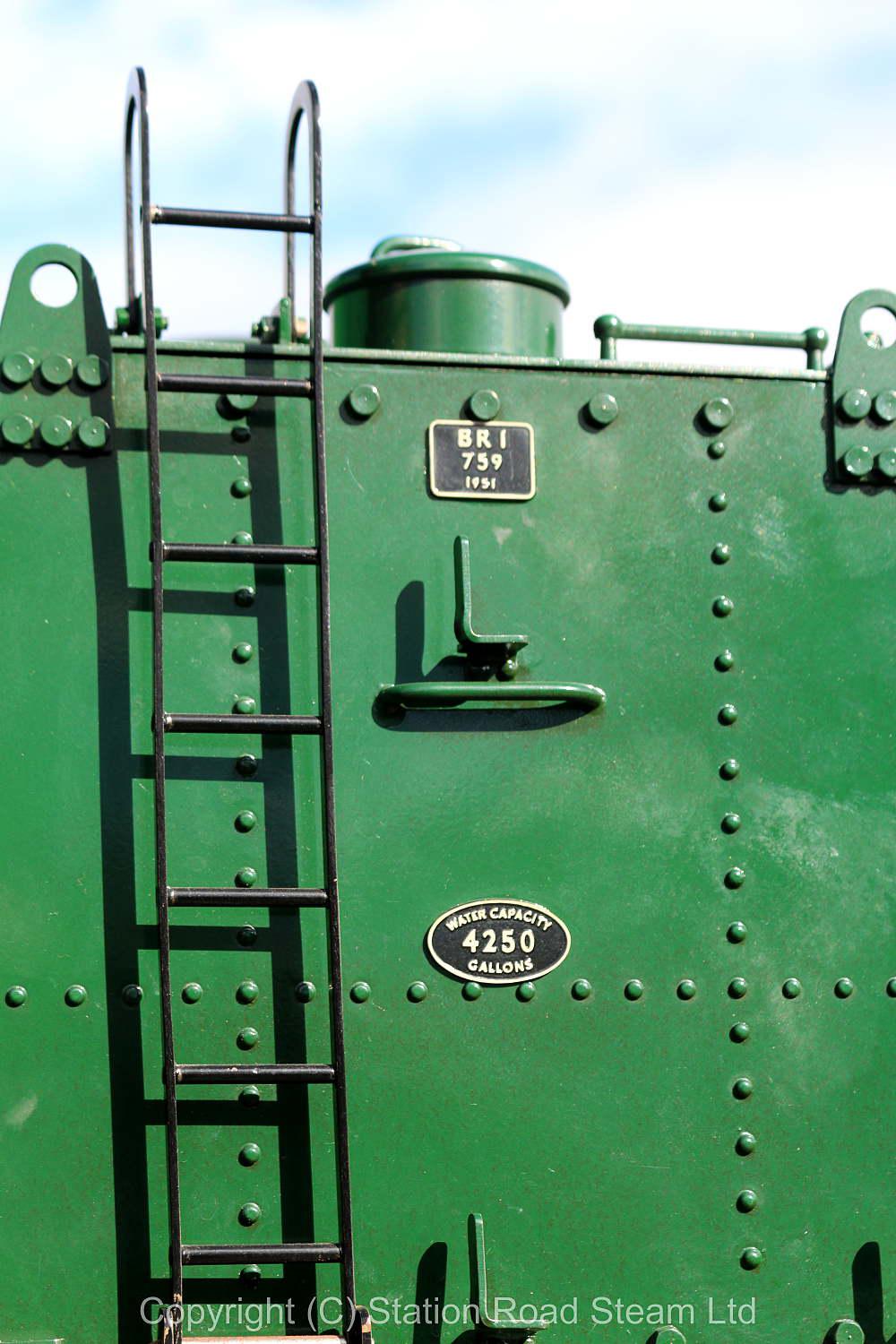 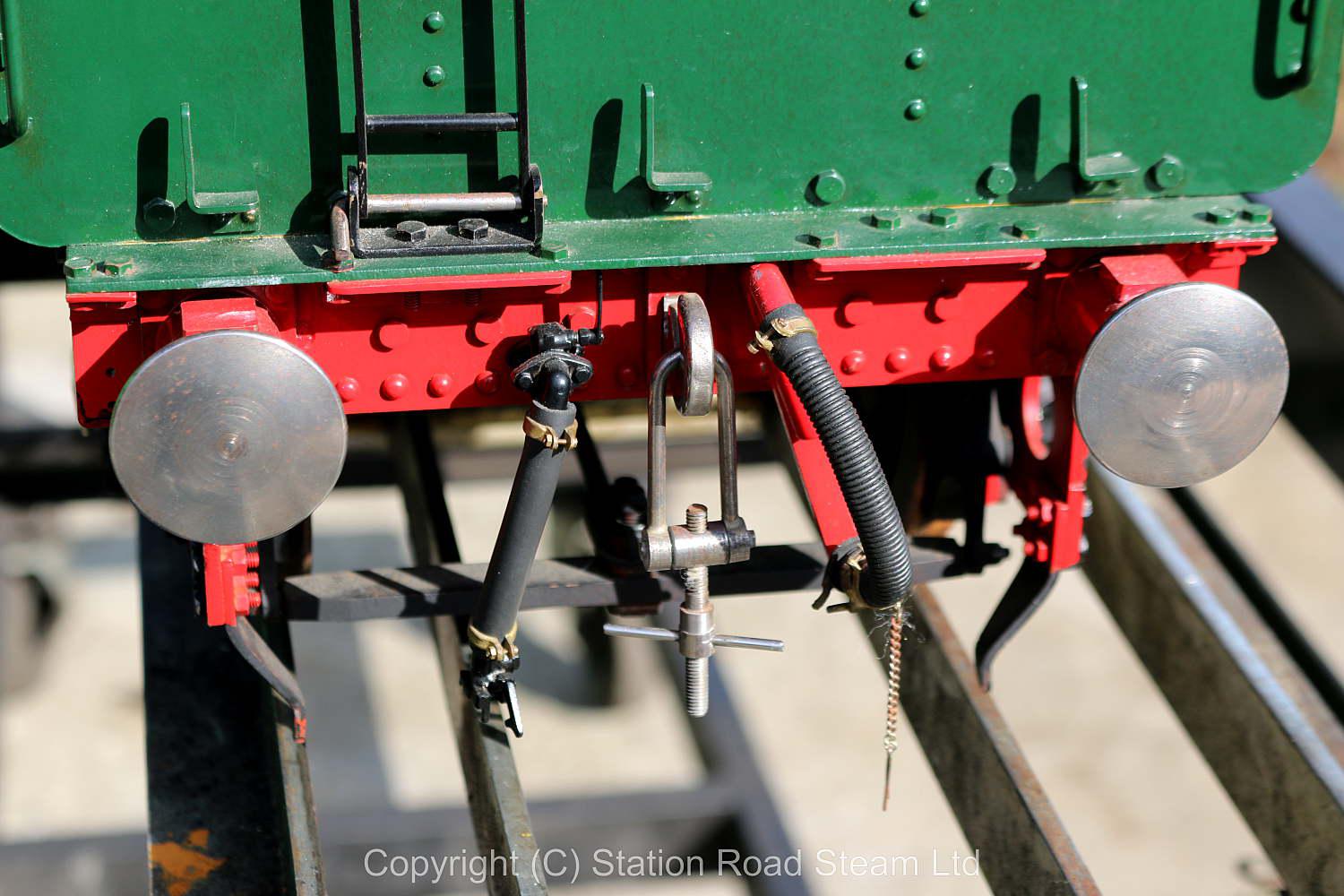 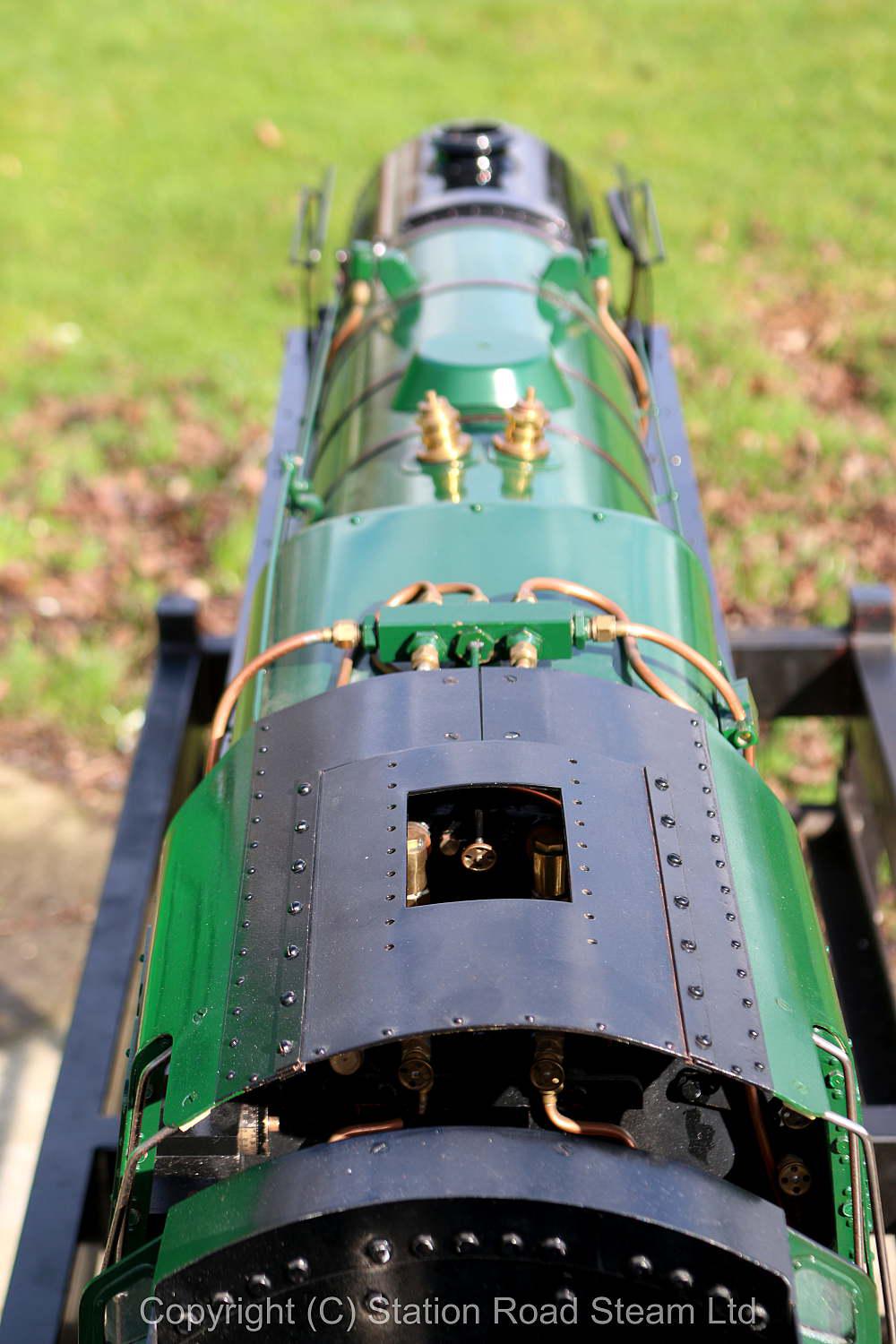 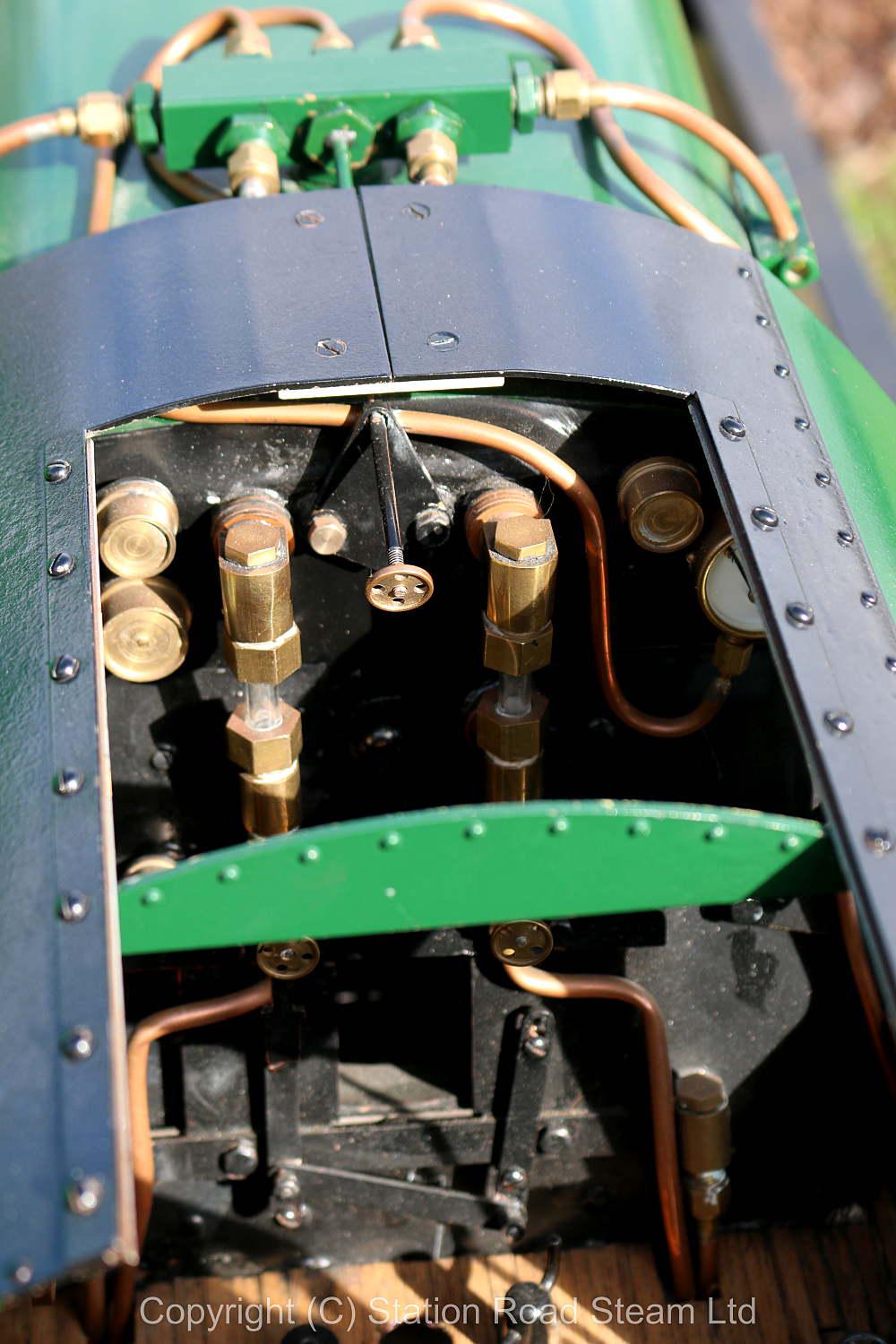 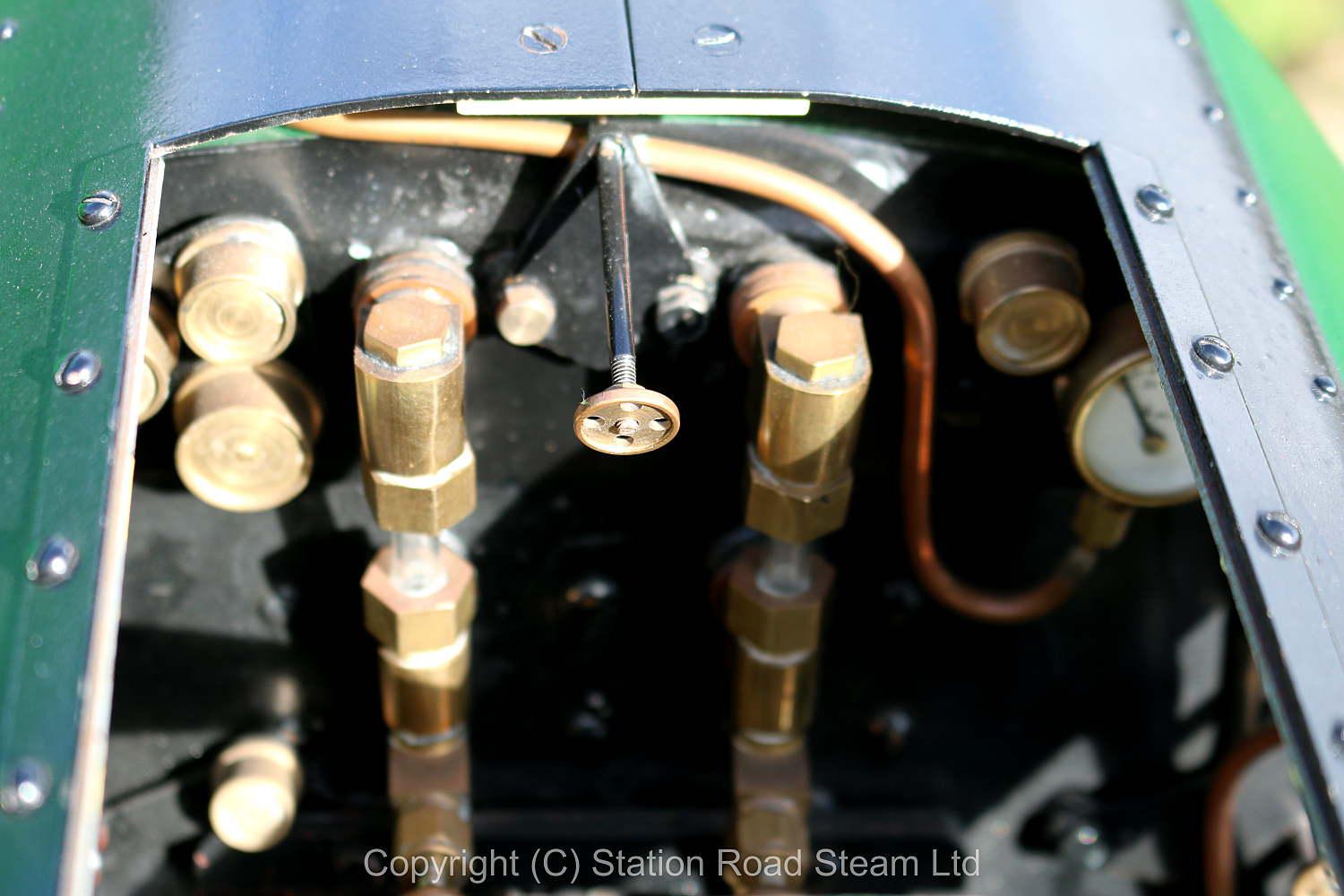 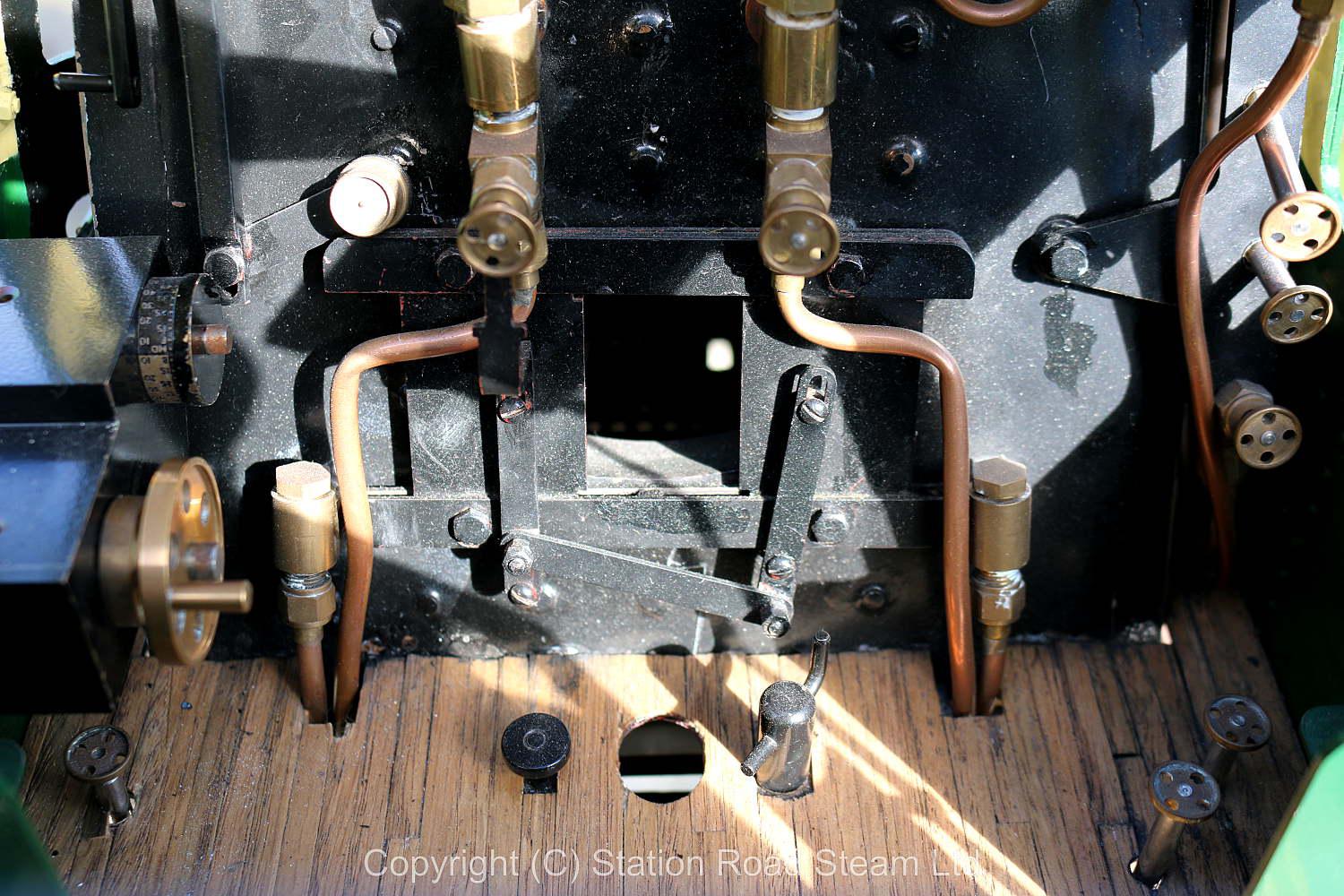 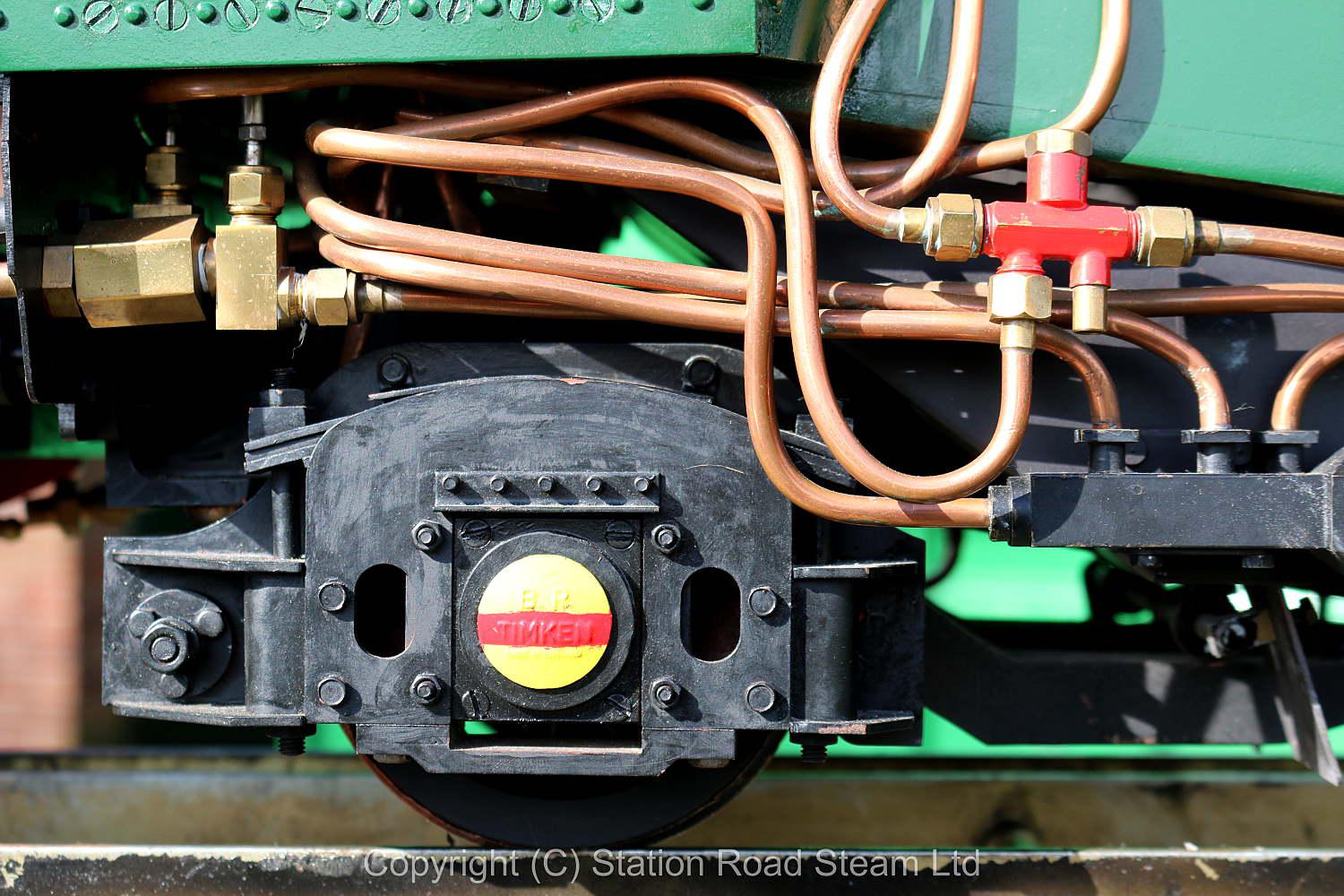 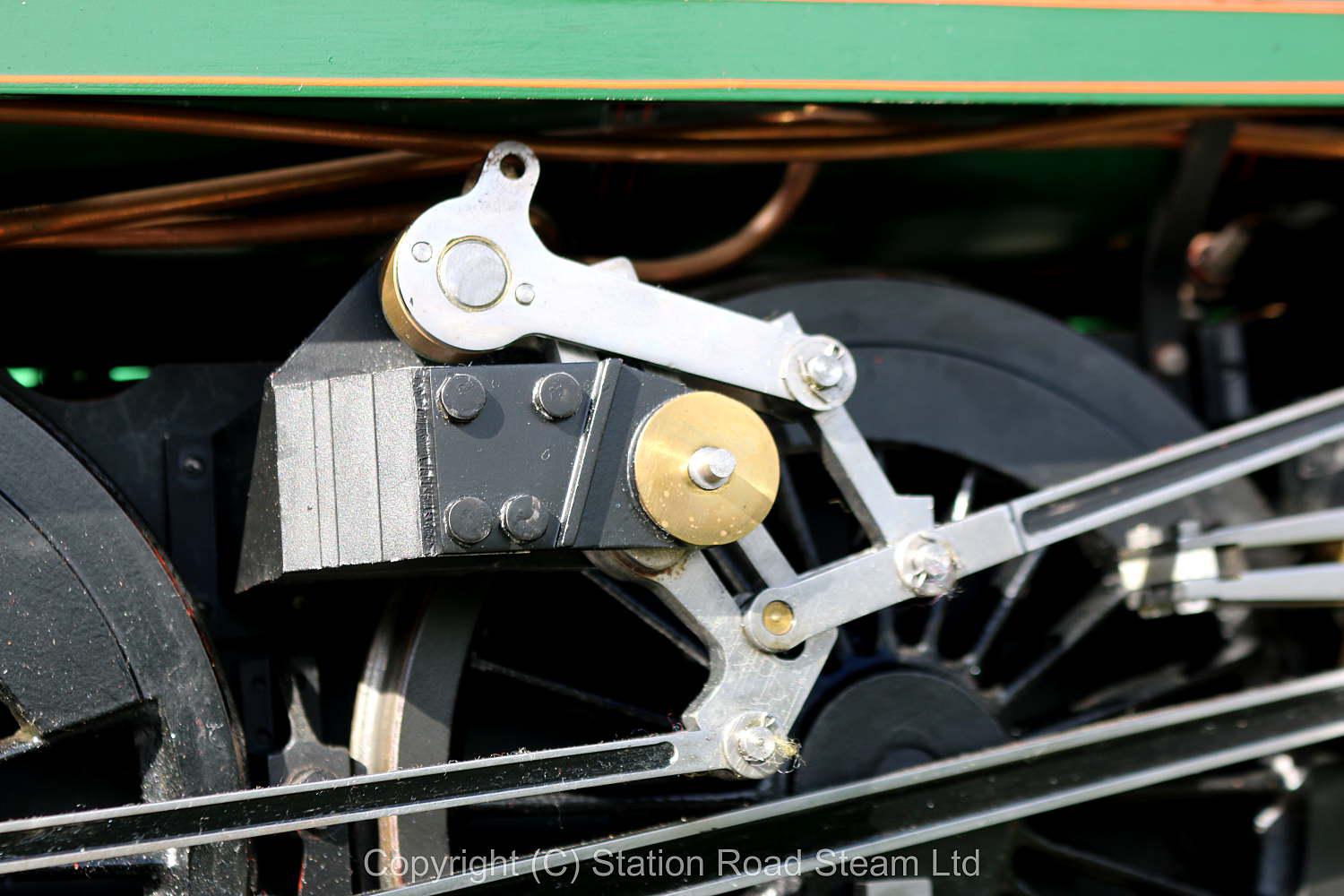 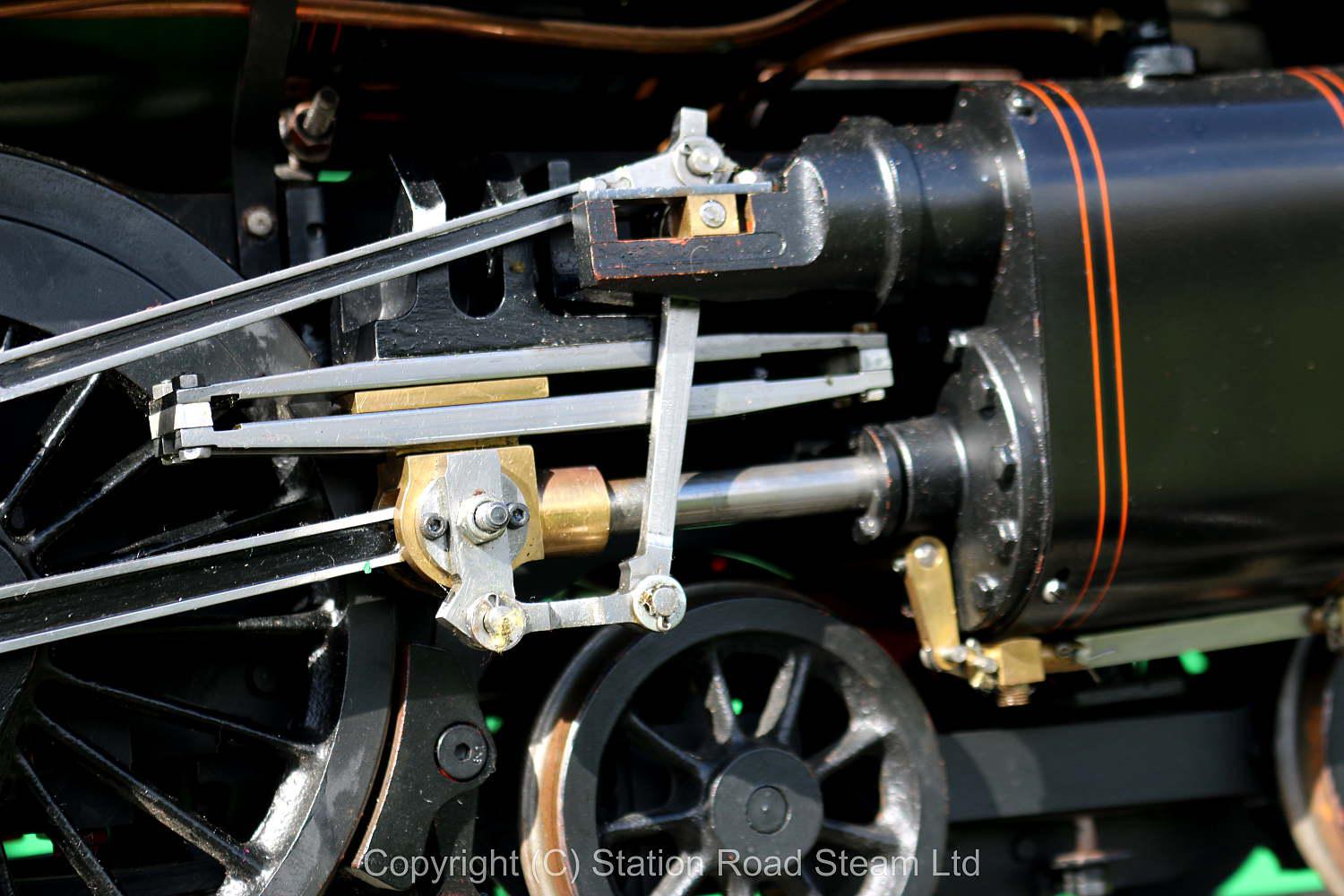 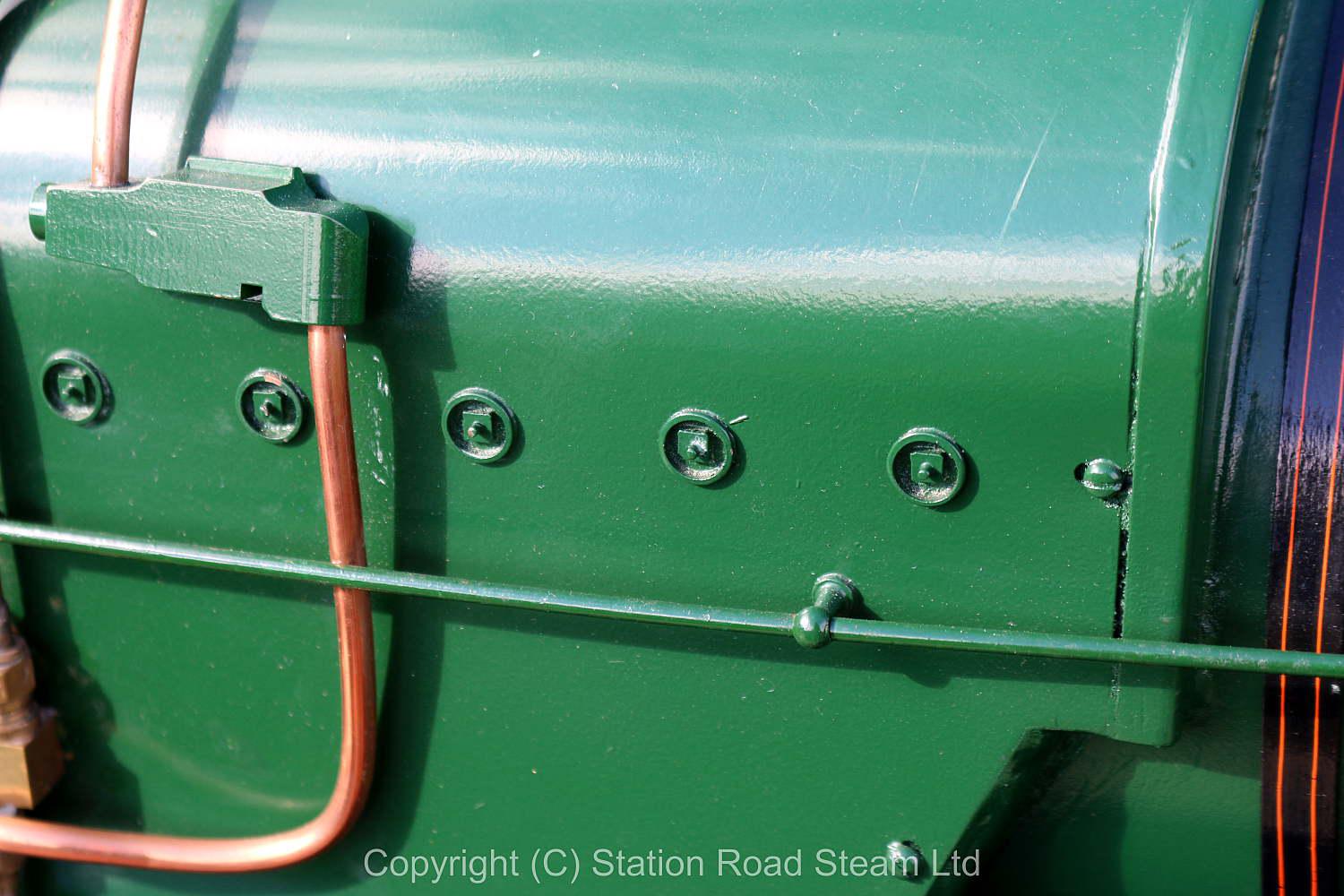 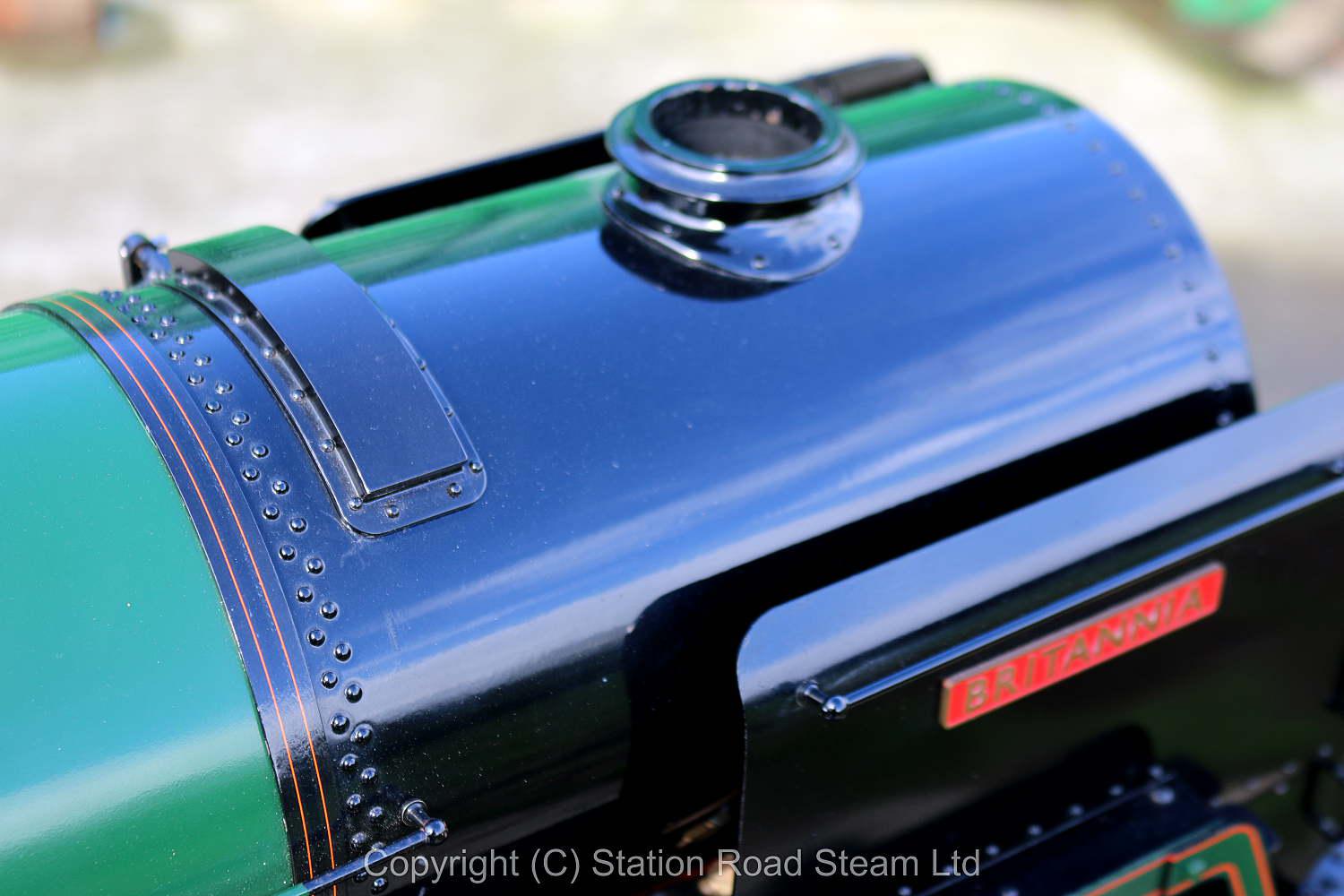 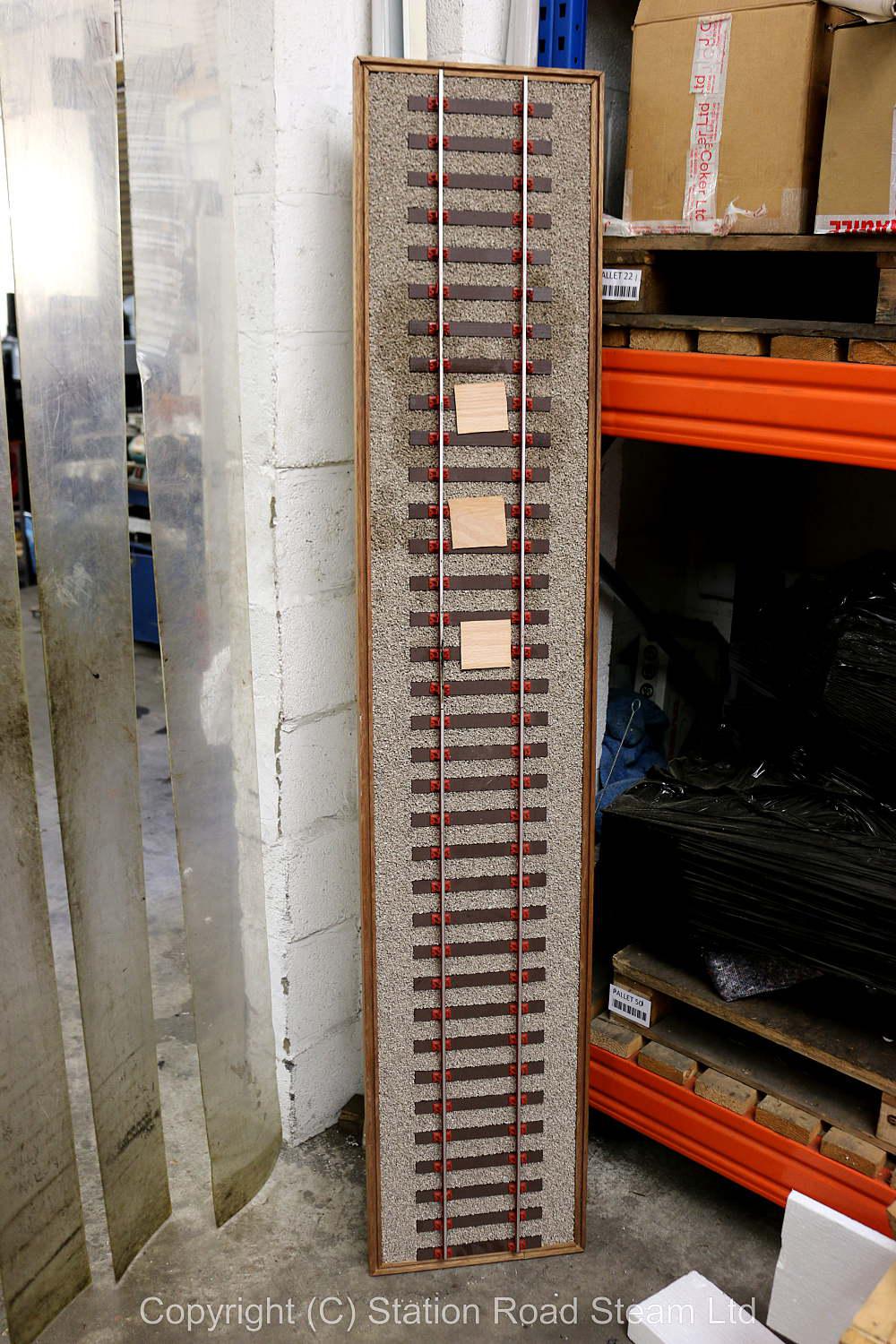 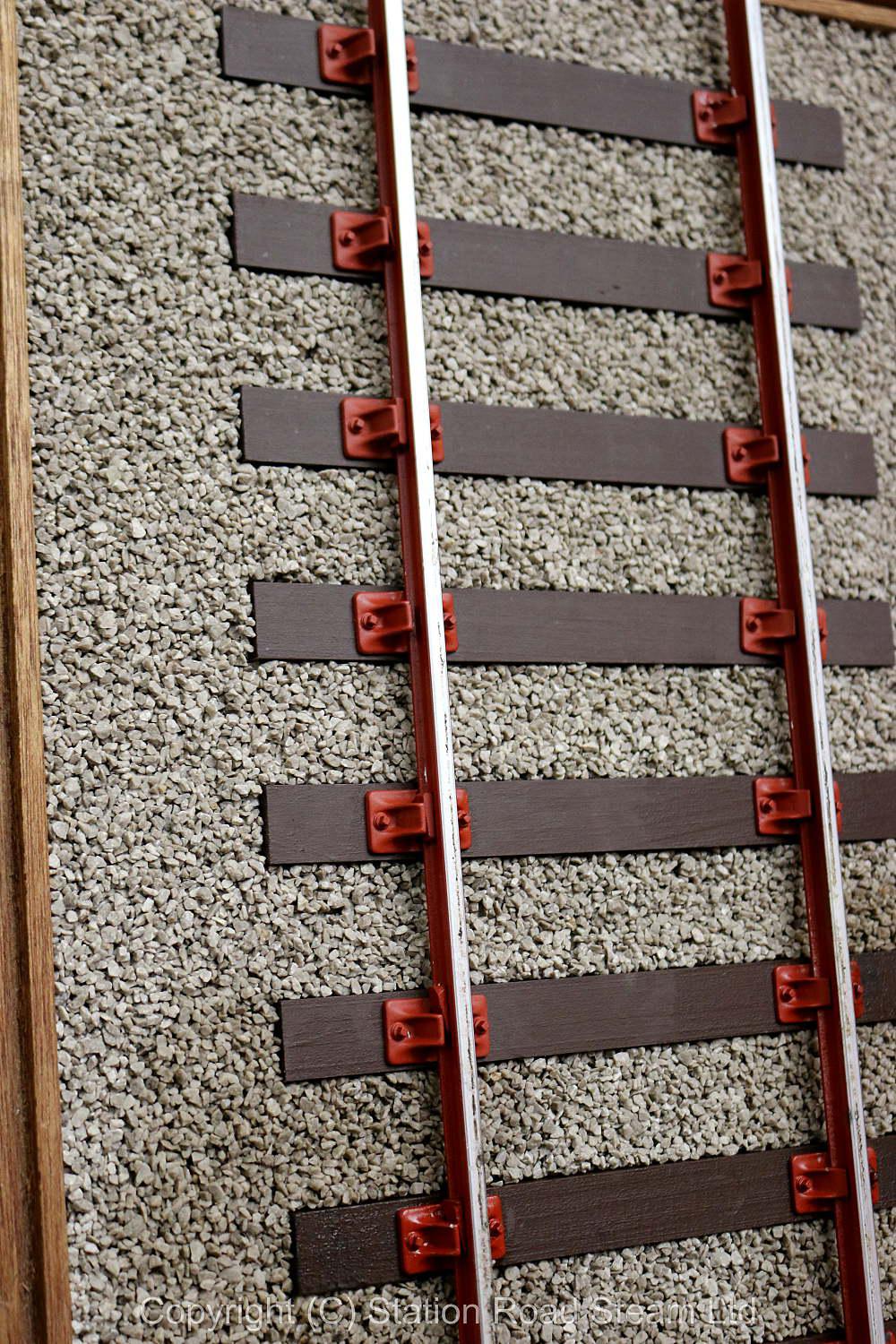 We sold this Britannia earlier last year, along with a fine 7 1/4 inch gauge Standard Class 2 tank. Having played with both, the man has decided his interest lies in larger engines, so this has come back in as part exchange against a Baldwin C19 (I told you he liked large engines).

We've fitted Clupet rings and PTFE piston valve seals, it's otherwise in much the same condition as last time it was here. Words and pictures below are from when we sold it back in March.

A 5 inch gauge Britannia, built from a Winson kit it's been steamed apparently once to test, since then it's been on display in the late owner's house (up five flights of stairs no less, Connor counted them on the way down), run occasionally on compressed air.

Unusually for a kit-built engine it runs - the locomotive pushes along very freely, coasting to a gentle halt if given a decent push. With 10psi of air in the boiler it will tick over, steamed out in the yard yesterday it ran for most of the afternoon - there's some video of it here.

The engine has been well painted, the builder has added extra detailing such aslamps, works and tender plates, planked cab floor, vacuum hoses and feed valve indicator plates on the tender. Interesting choice of cabside number, perhaps a smaller font might have given room for another zero...