Sold March 2022 Back to Archive 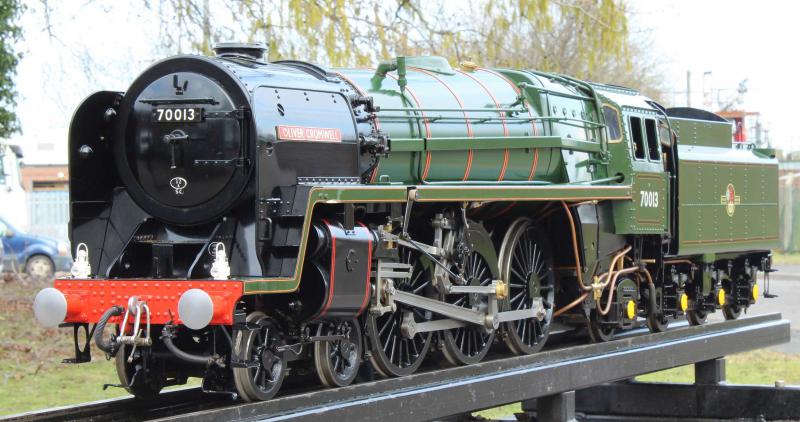 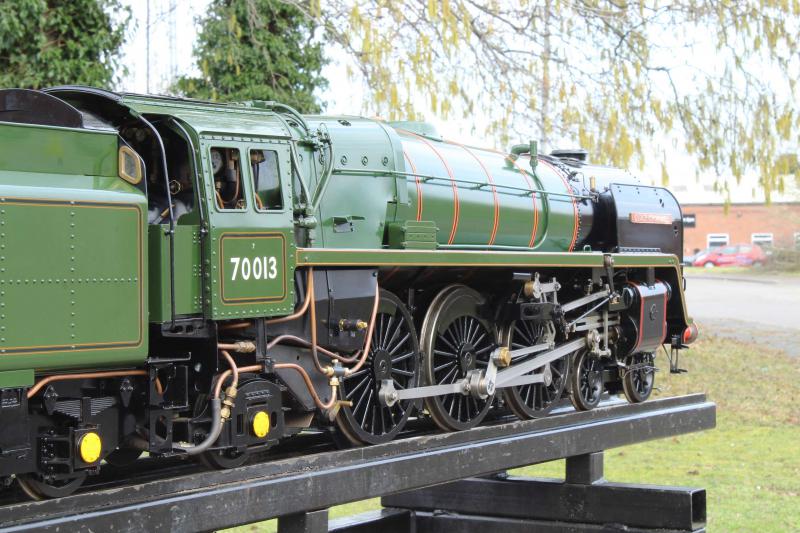 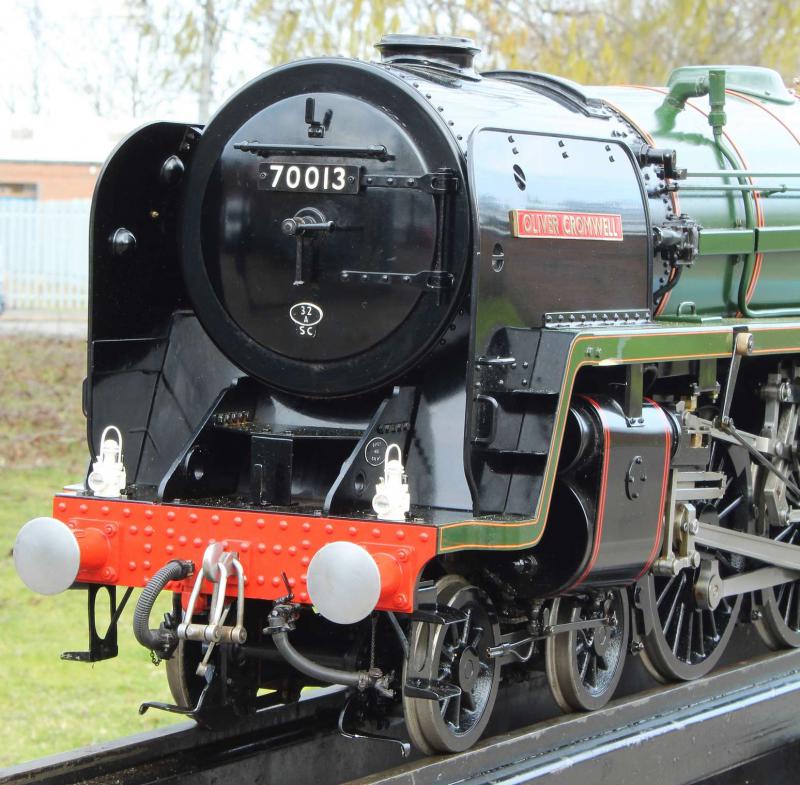 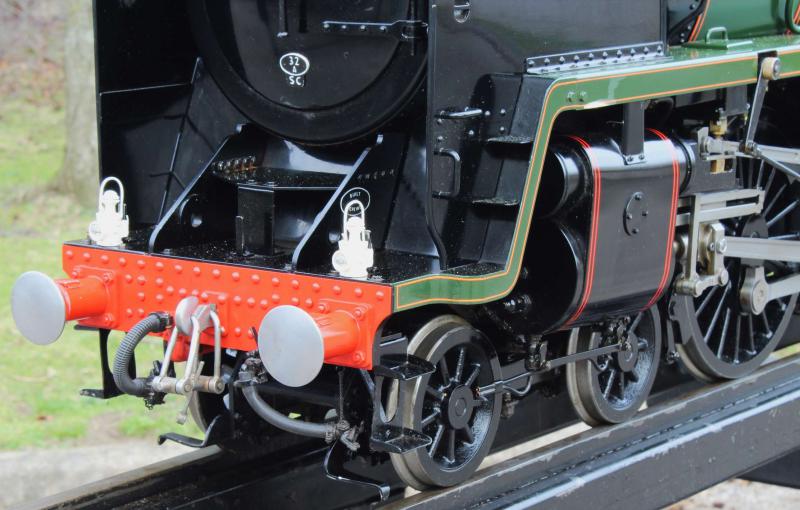 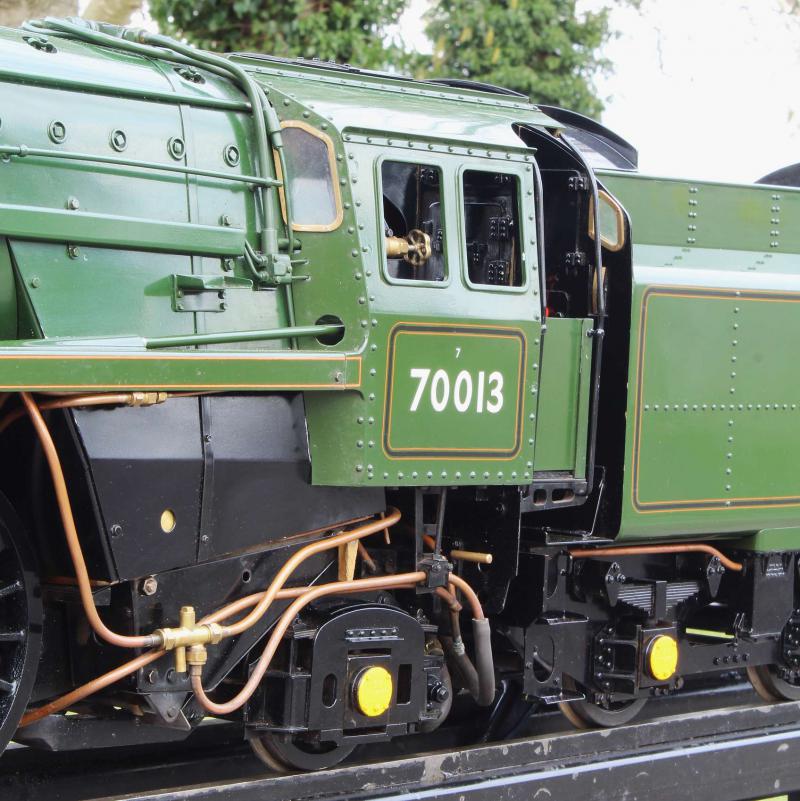 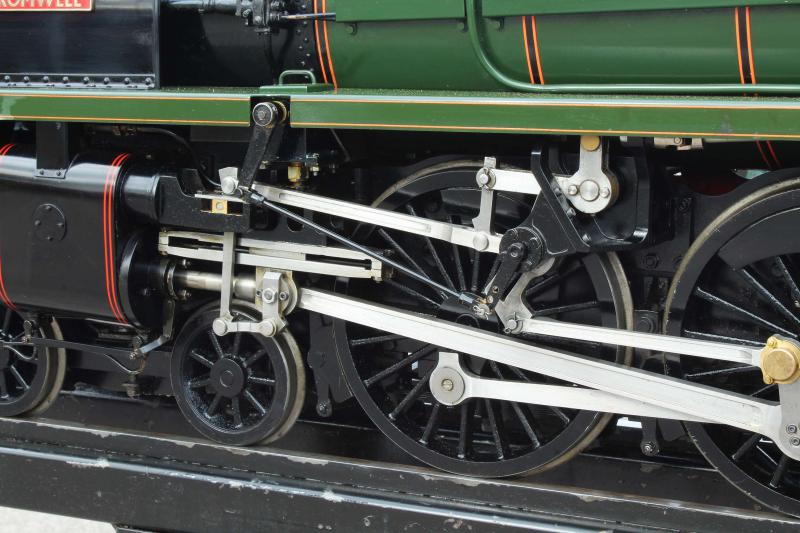 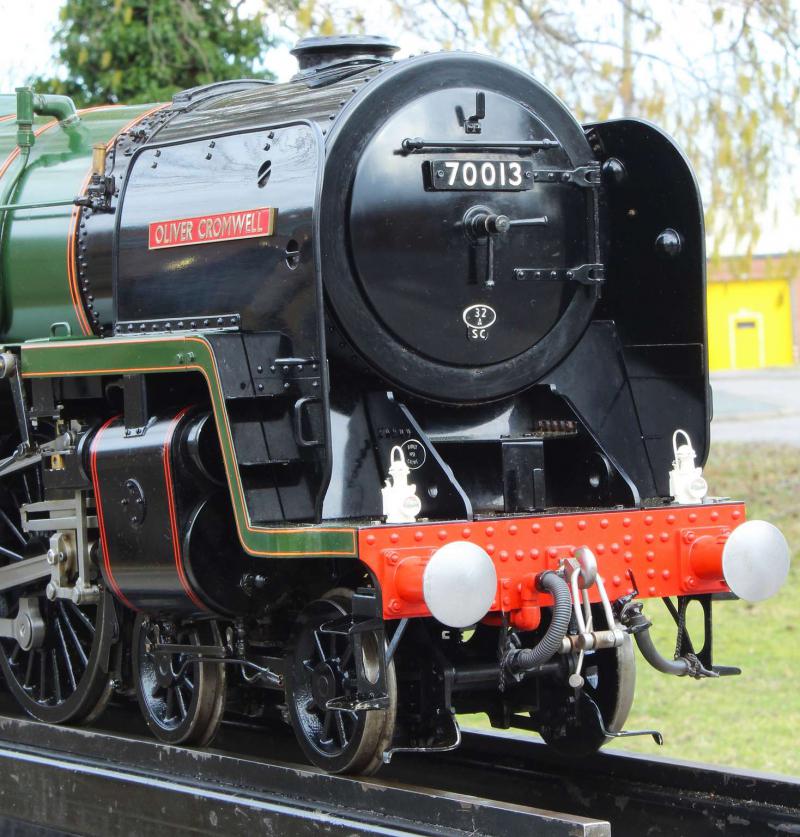 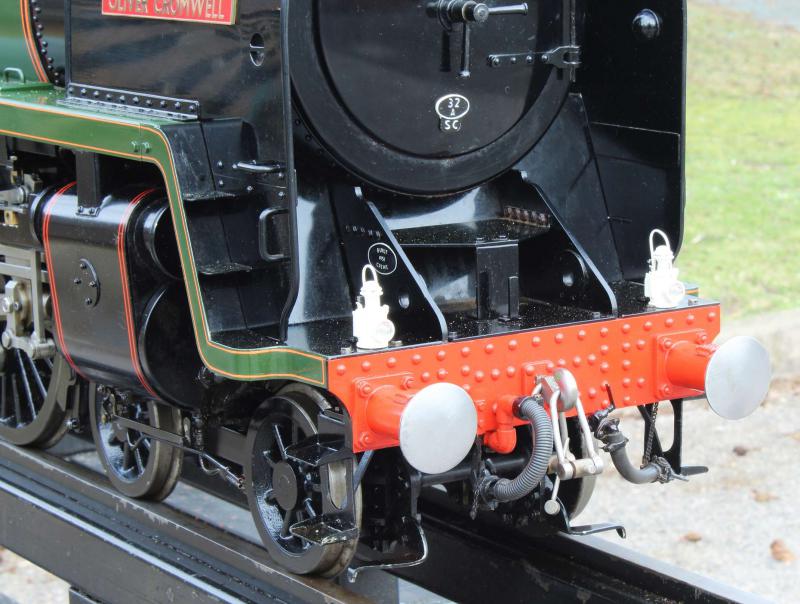 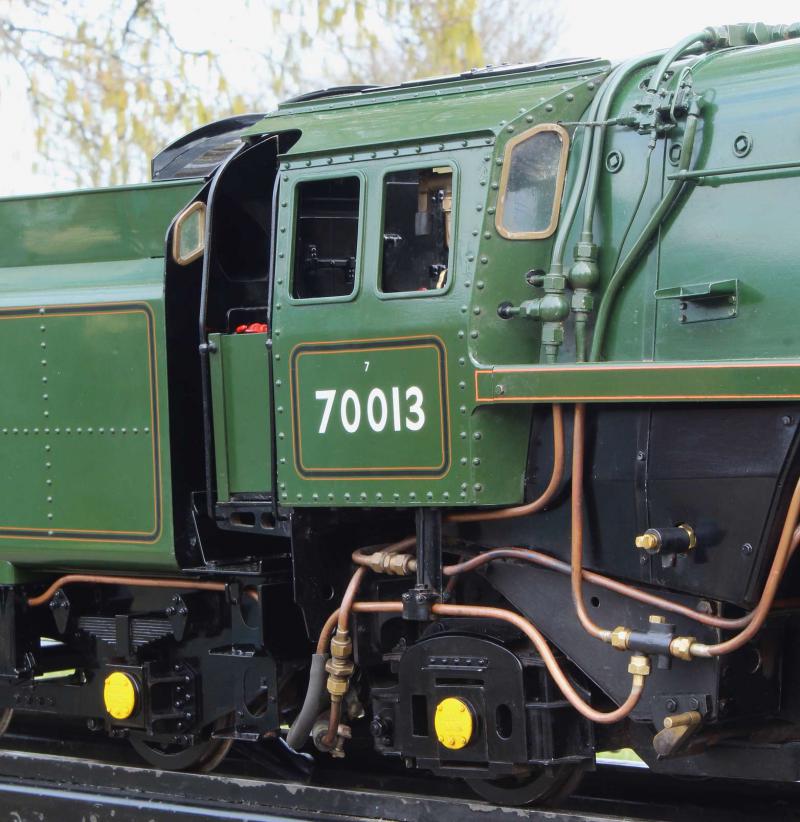 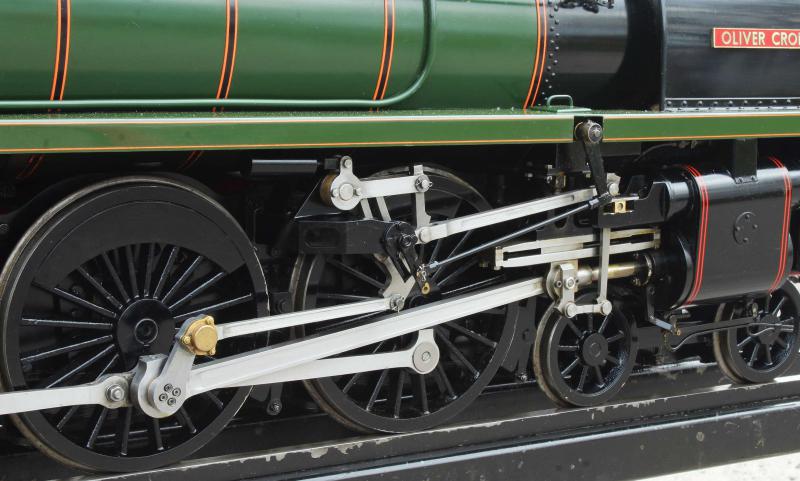 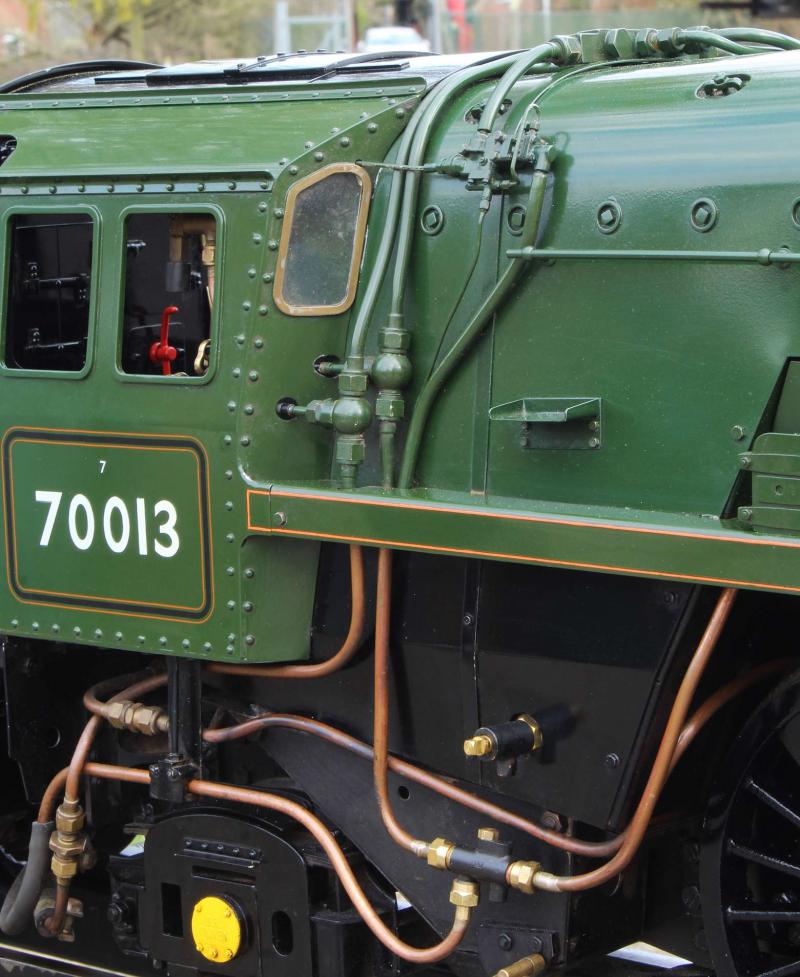 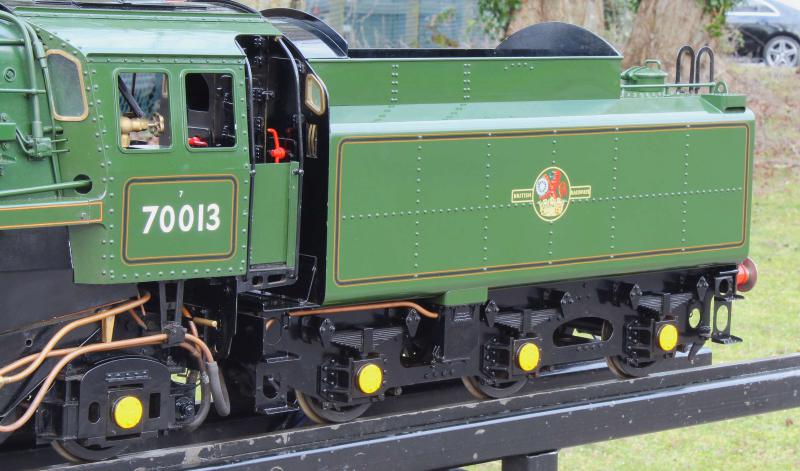 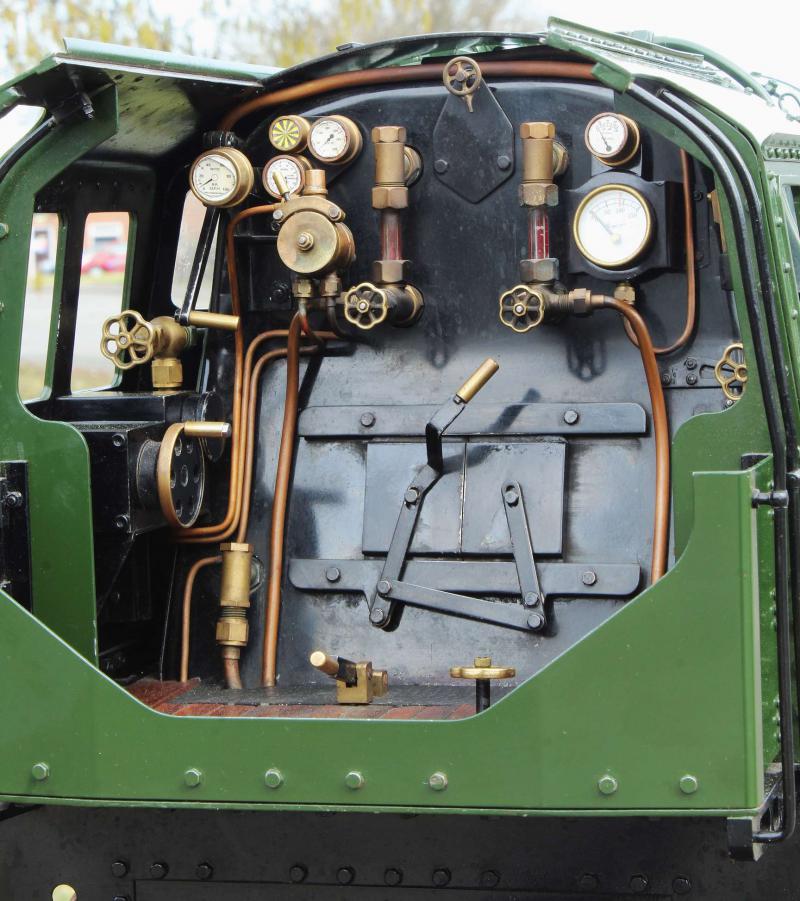 A 5 inch gauge BR Standard Class 7, 70013 "Oliver Cromwell", possibly the most famous of all the kit-built Britannias, its much modified build meticulously described by the builder in his highly detailed and comprehensively photographed "Britannia Builder's Diary".

Suffice to say it's the finest running example we've seen. A beautifully put together engine, fitted with PTFE piston valve seals it steams freely and runs near silently notched up to just off mid gear - there's some video of it on the rolling road here.

The builder has done much work to make the model closer to prototype, replacing many of the kit parts in the process. Paintwork and lining is to a high standard, it remains in excellent condition.

Lots of things we like about this engine - quite apart from its performance (shown here in some video by the builder of it on his club track) things like the high capacity lubricator oil tanks and carefully finished motion work and valve gear show just how much care went into the build - we heartily recommend an hour or two's careful study of the build diary to see exactly how to put one of these locomotives together.

First steamed in 2008, the engine was last used in 2016. Requiring little more than a replacement injector to recommission after its time out of service, it's had recent hydraulic and steam tests with new certification issued.

Complete with steam raising blower and storage stand. The link to Britannia Builder's Diary and video are used by kind permission of the builder.