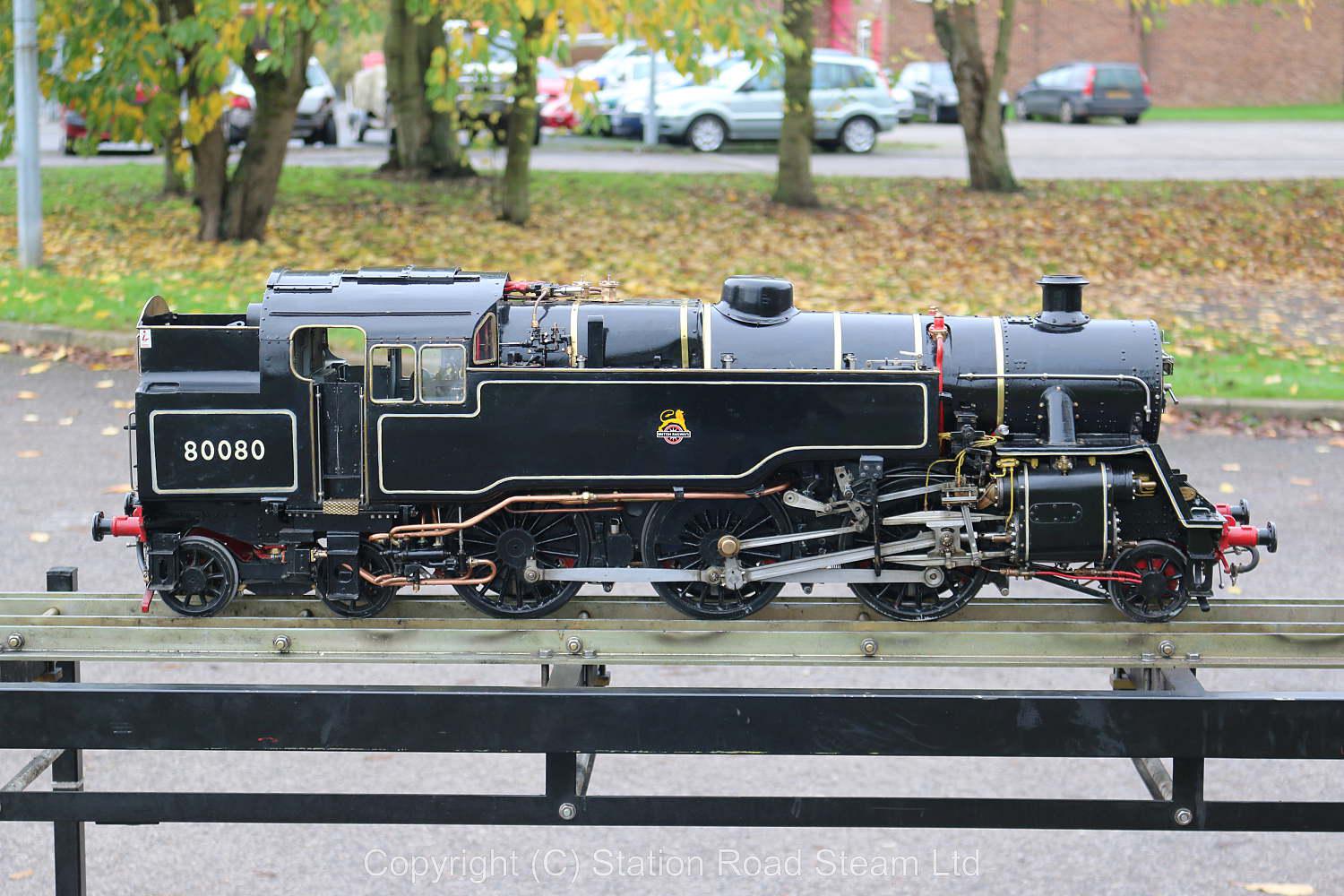 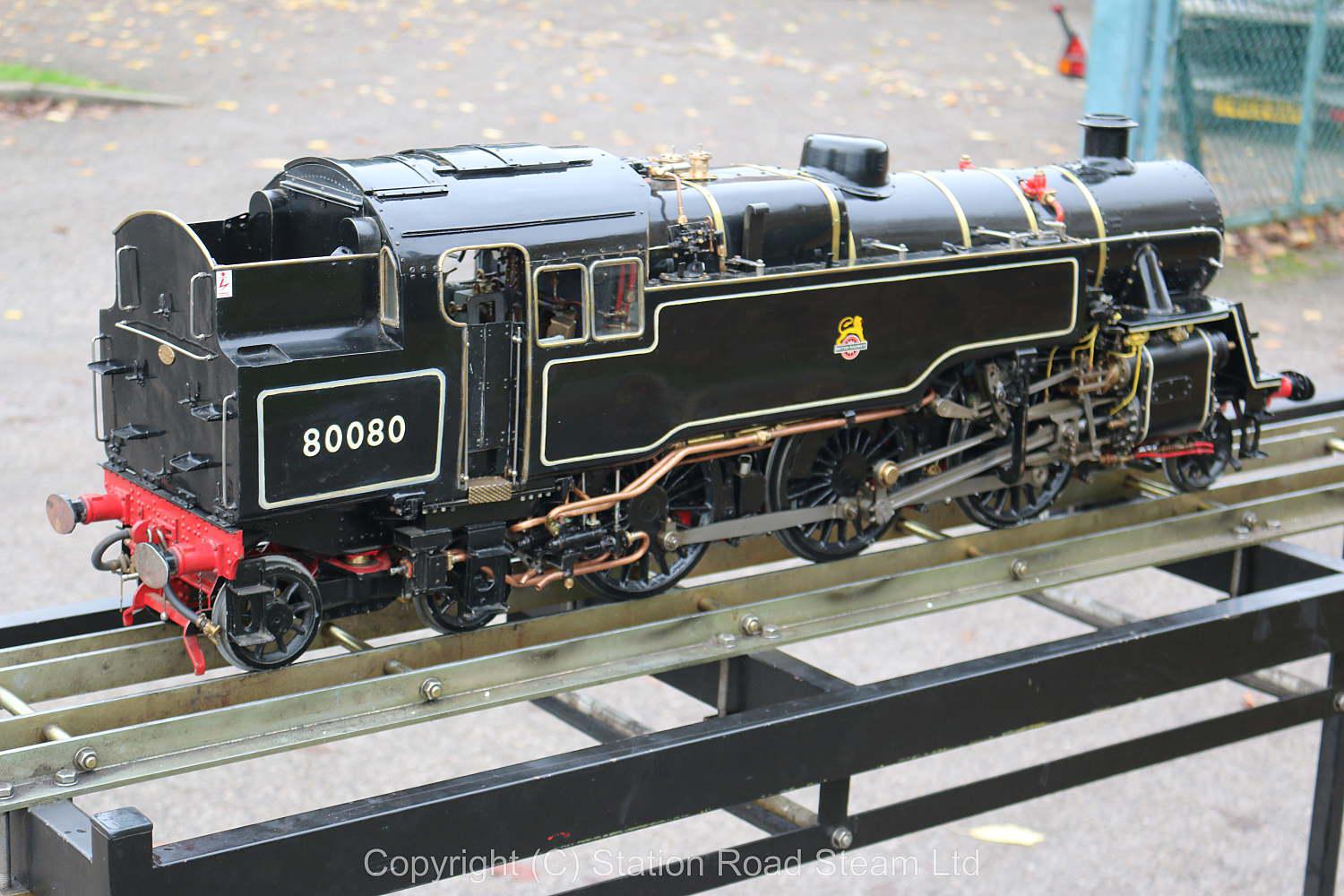 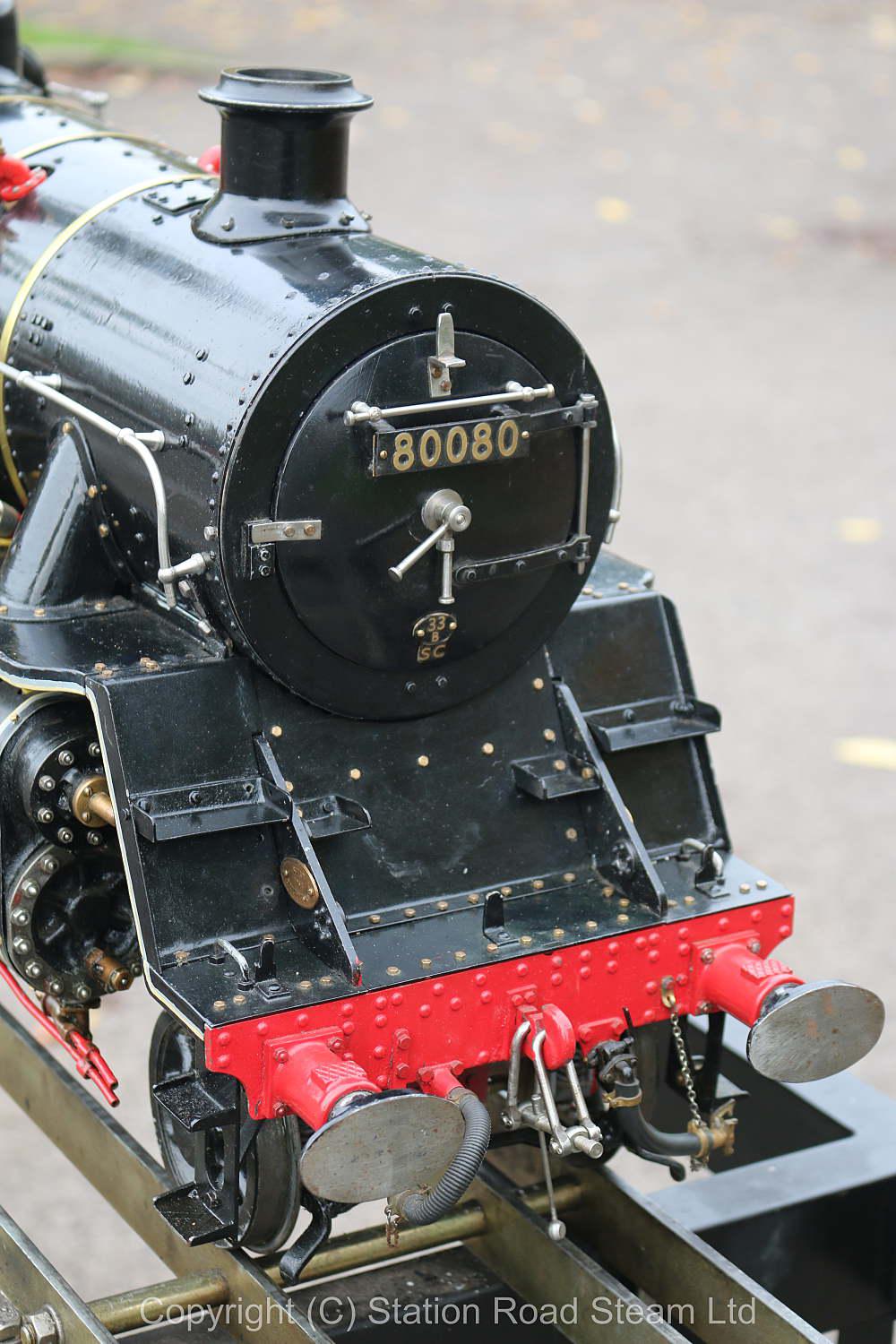 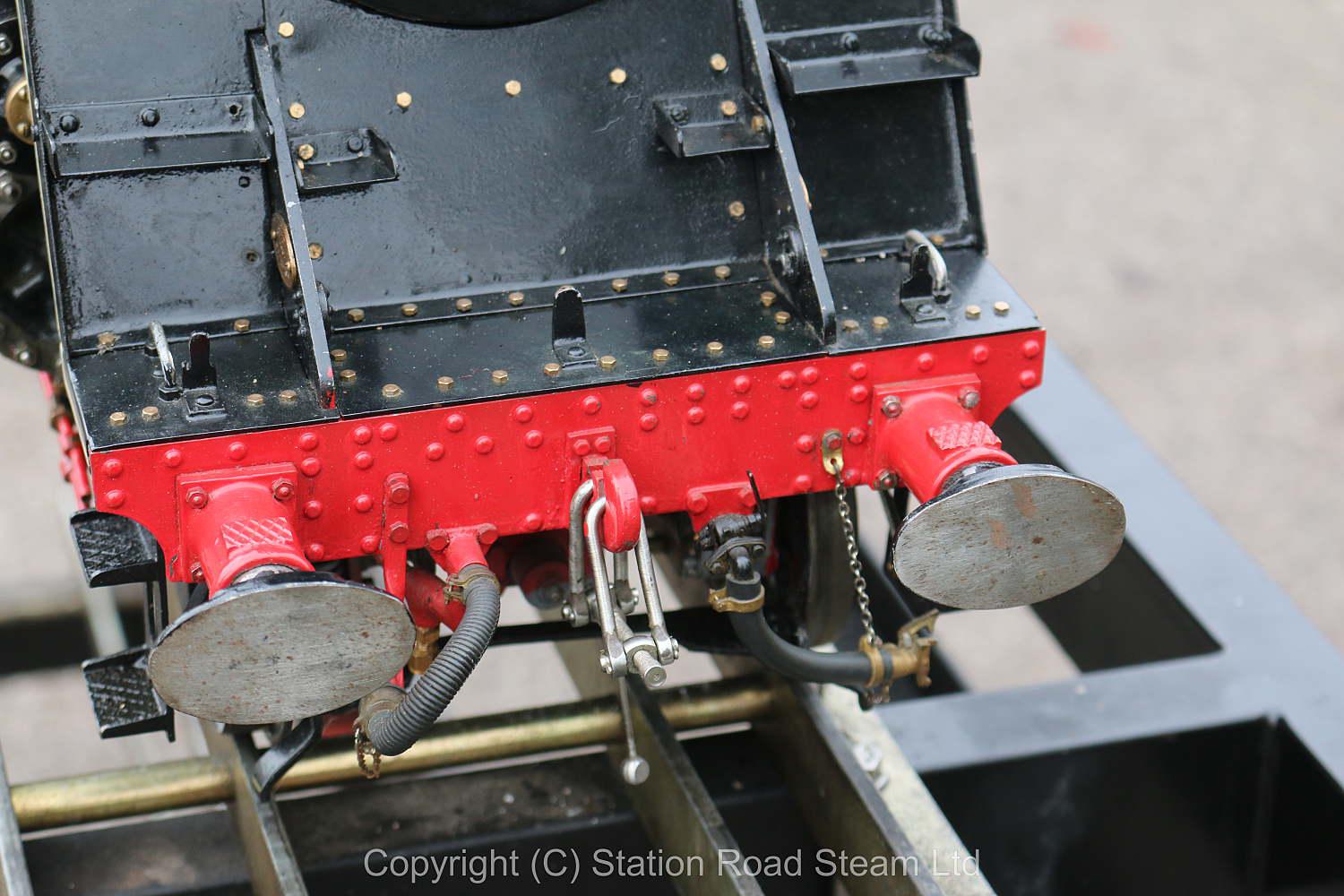 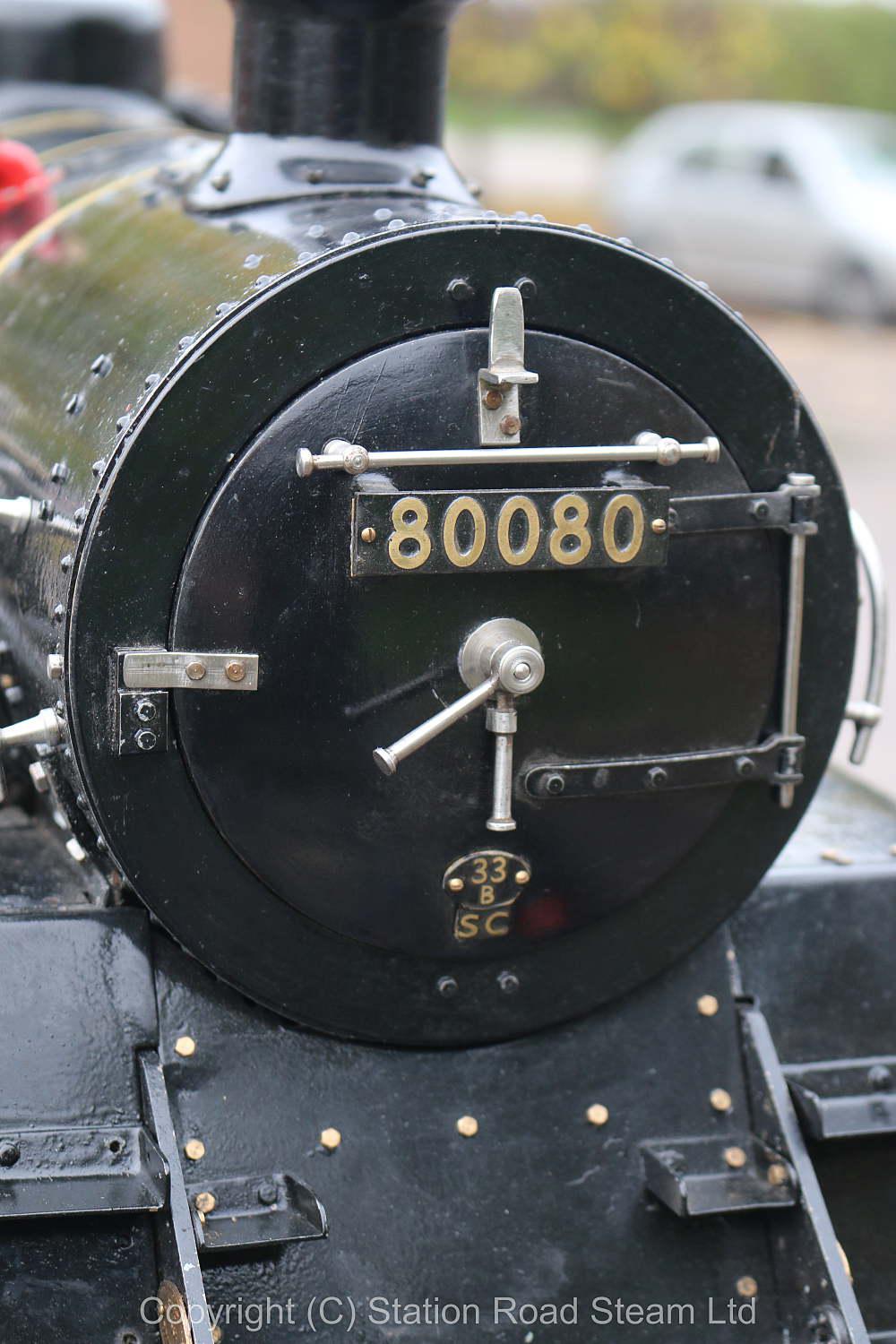 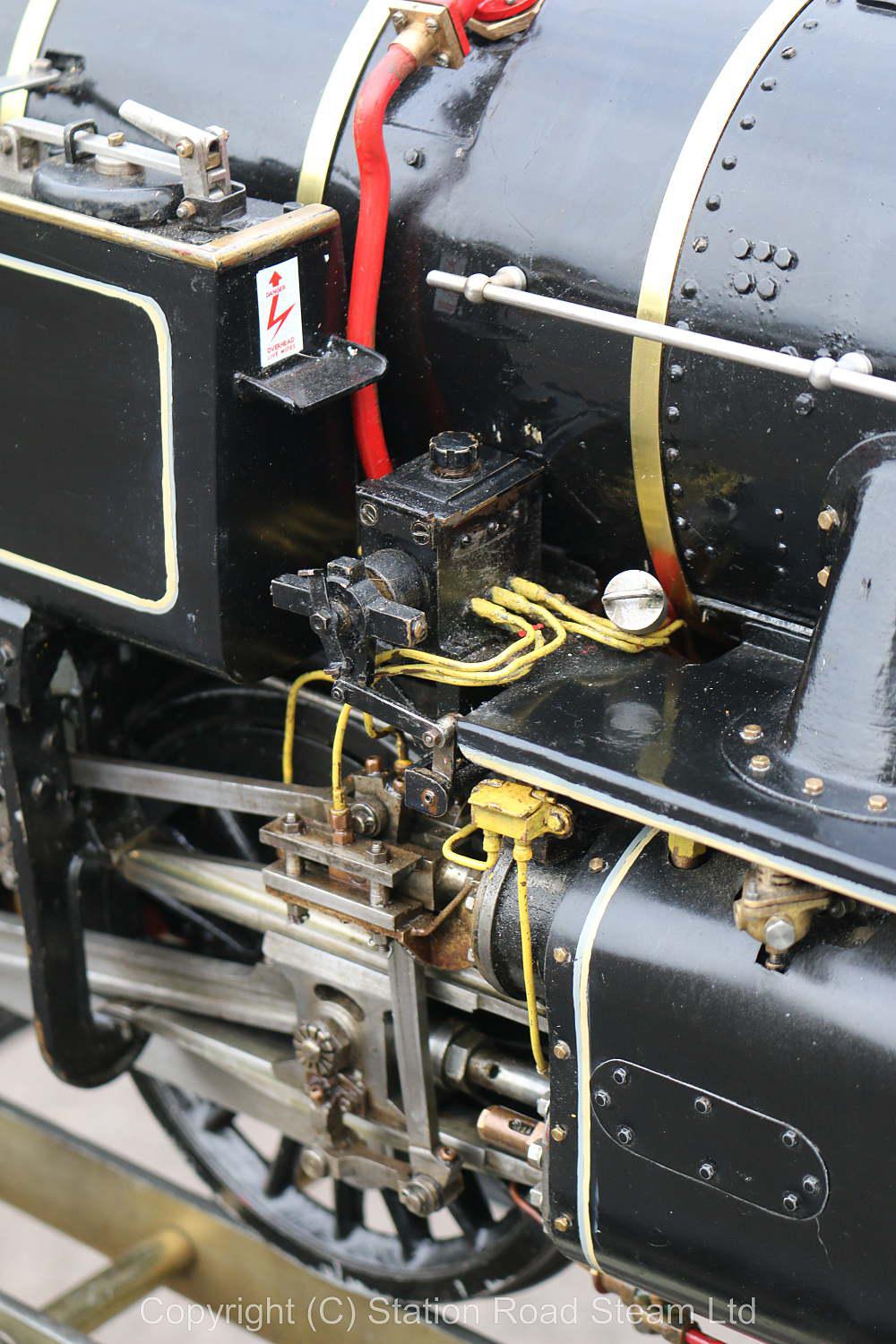 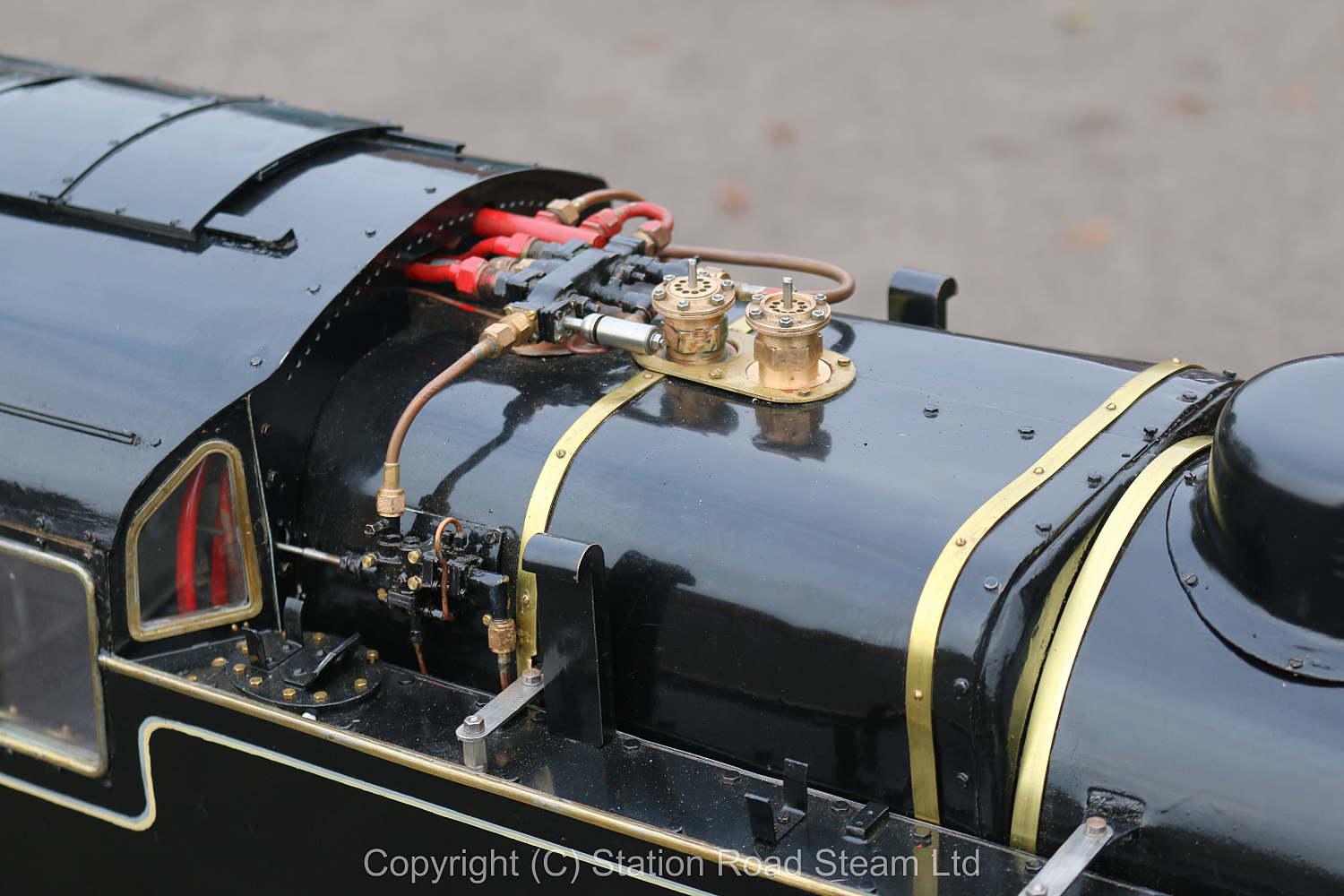 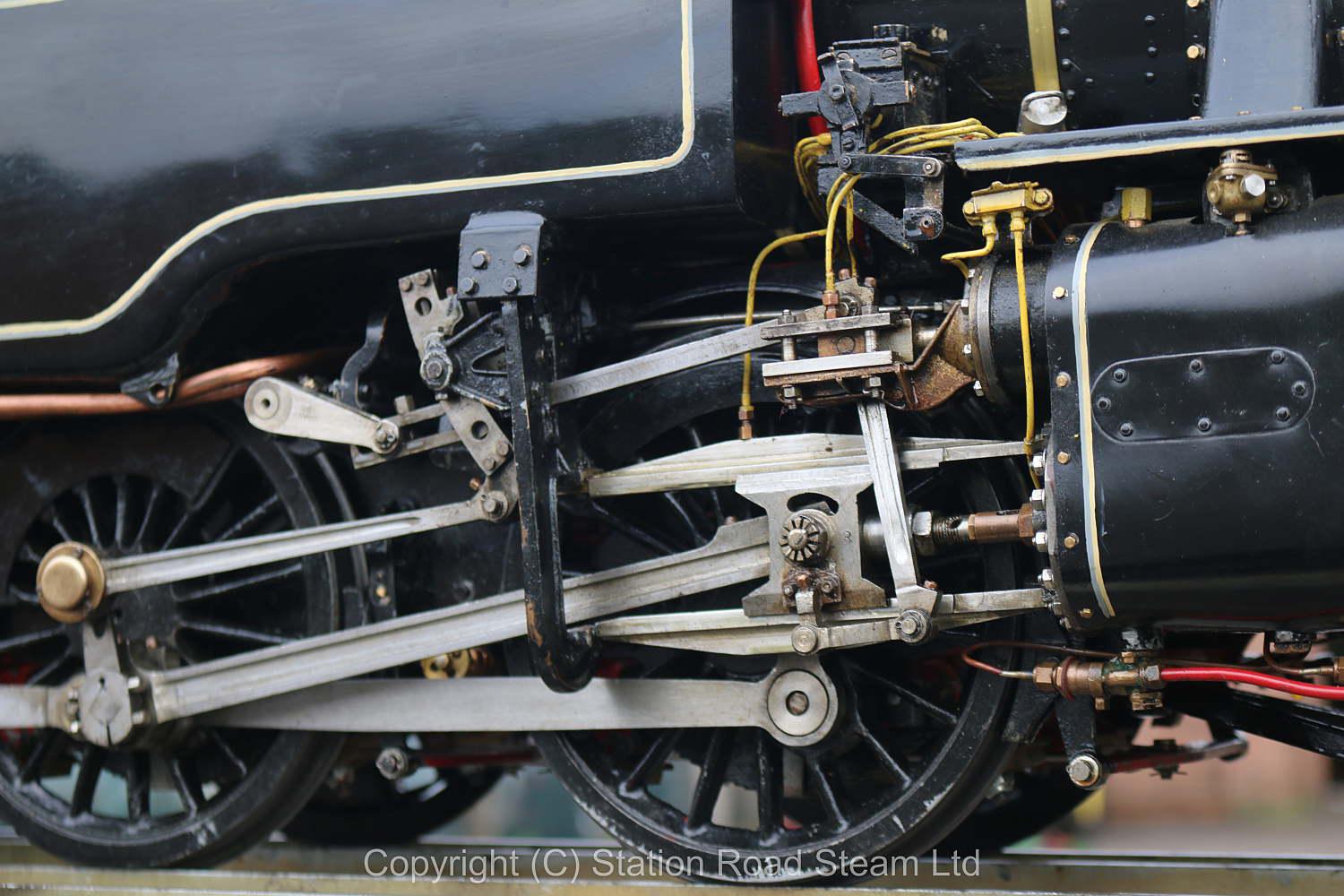 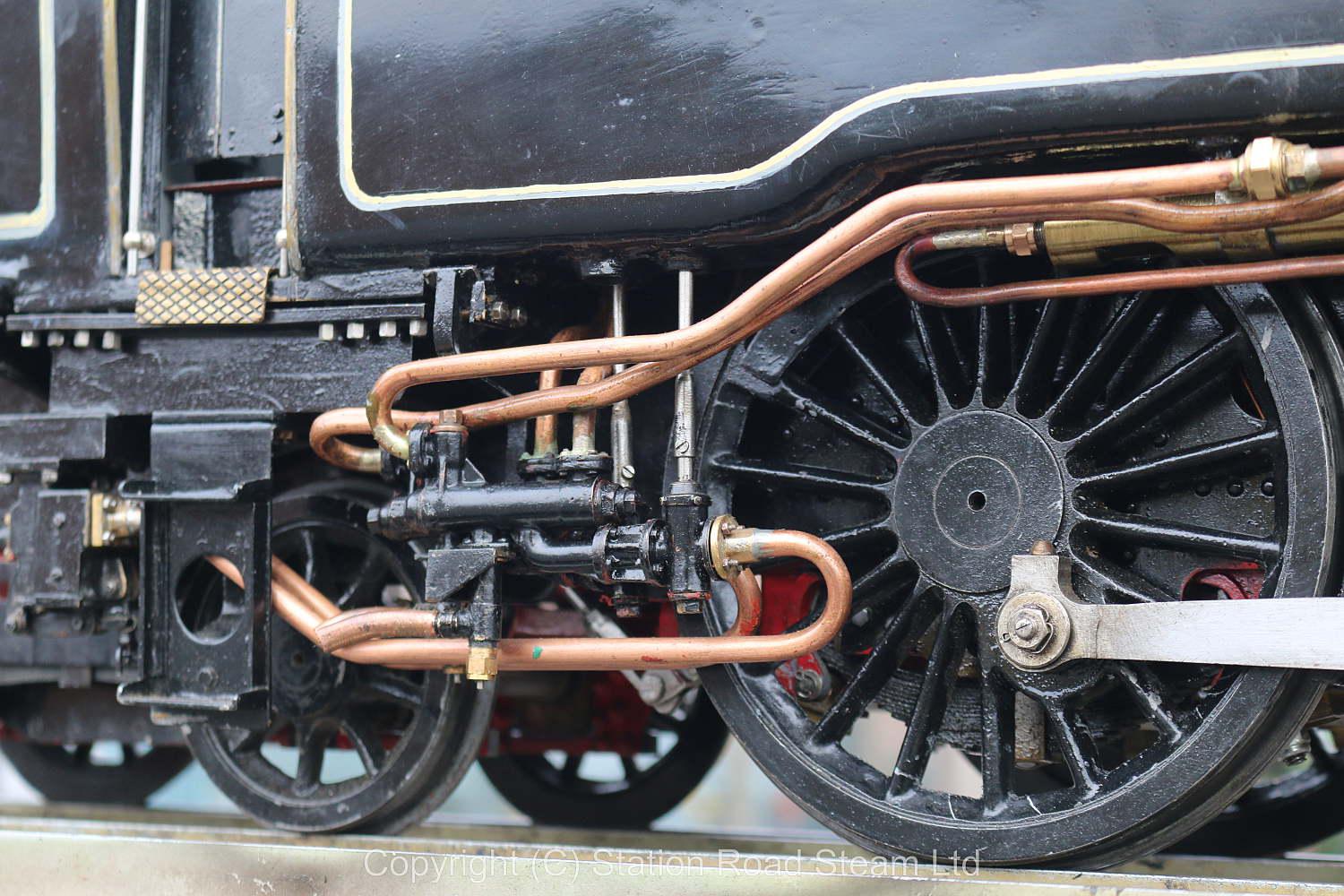 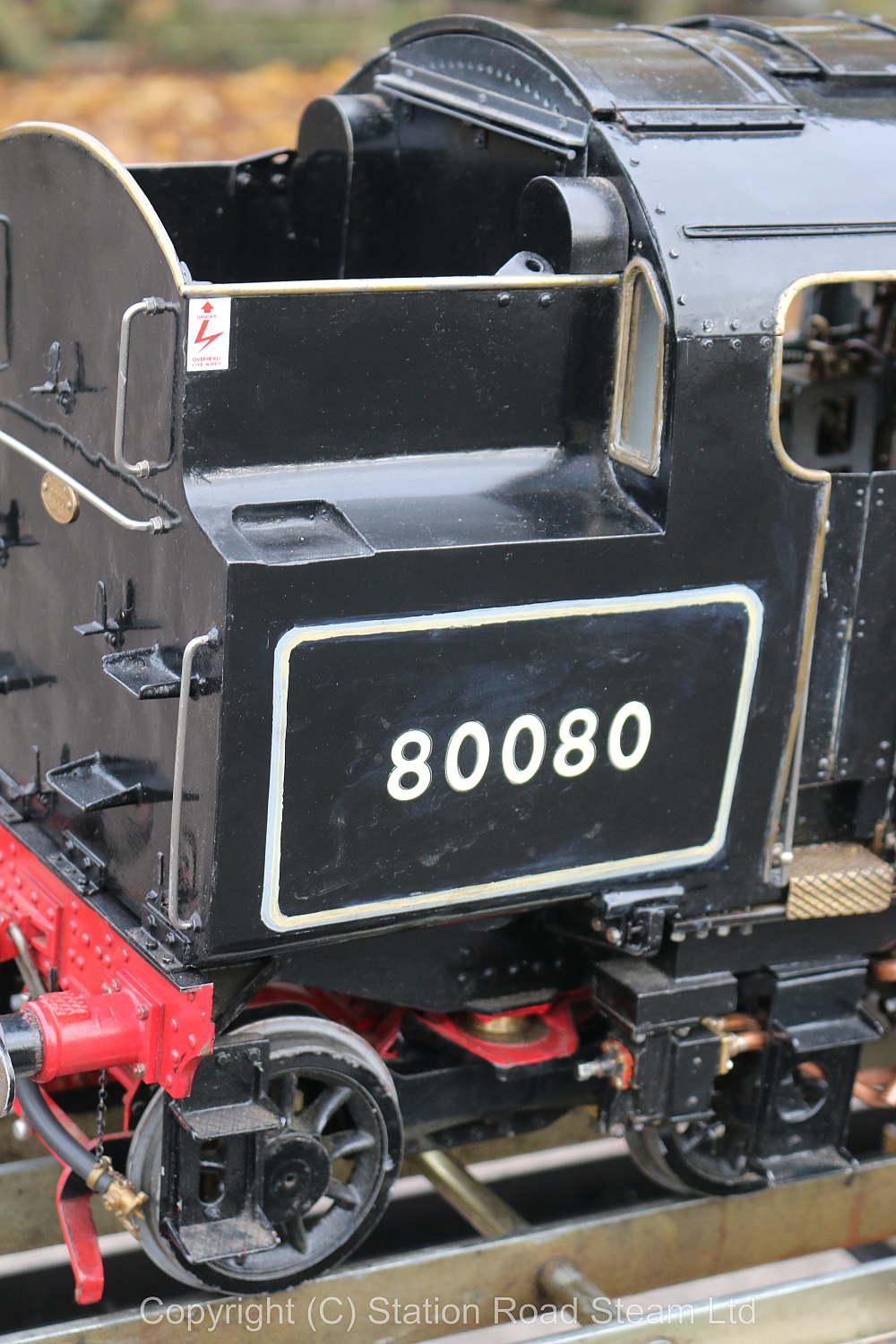 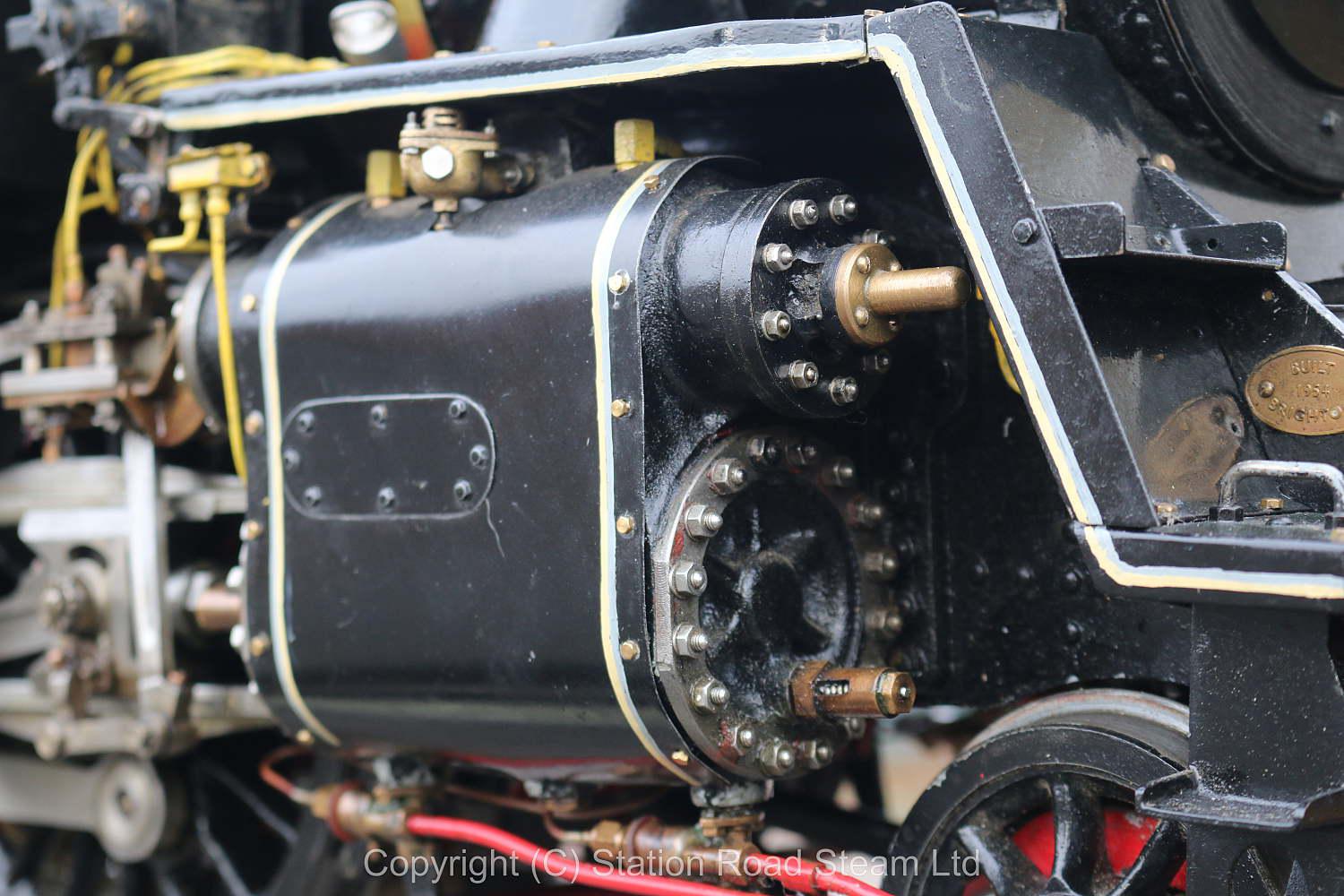 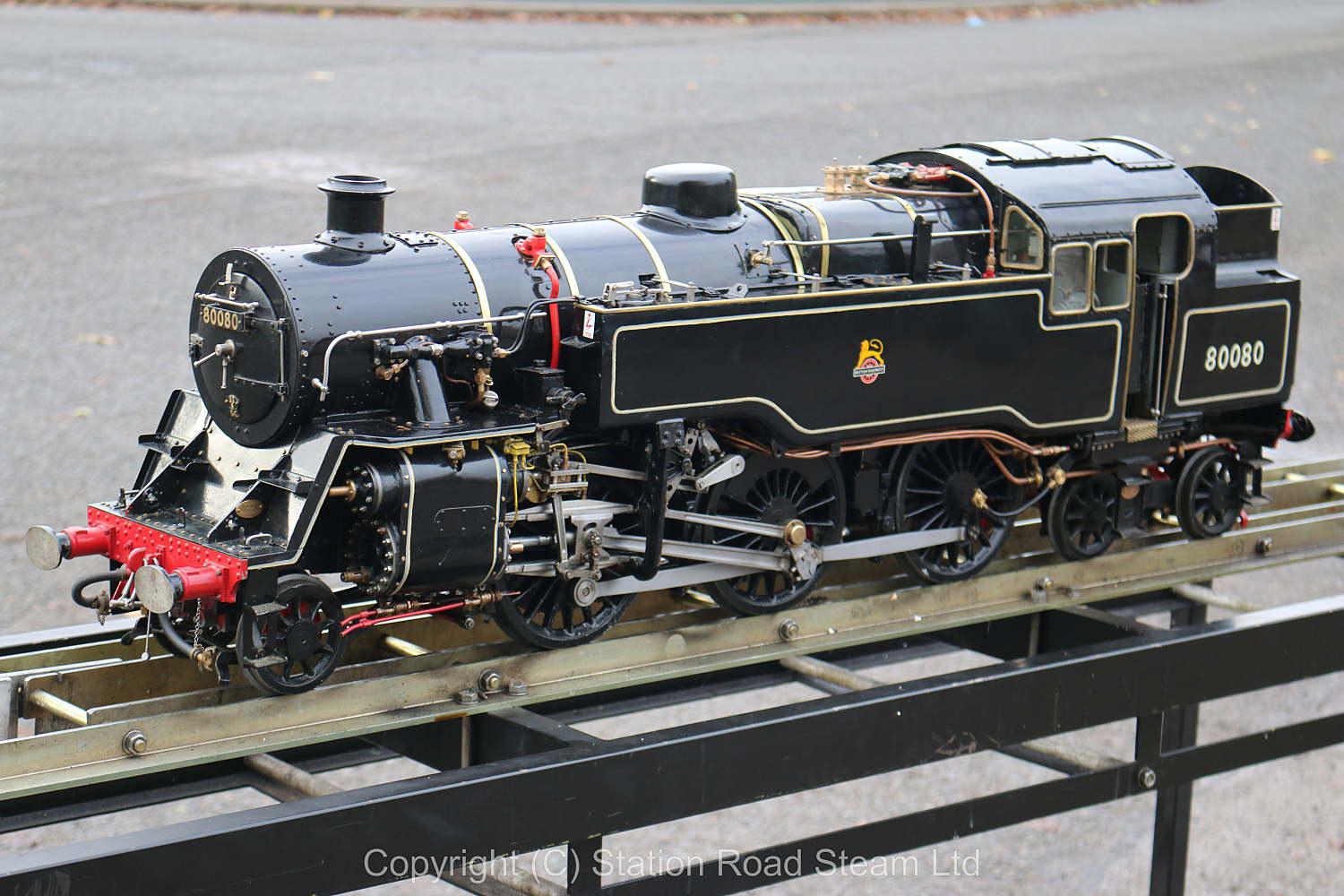 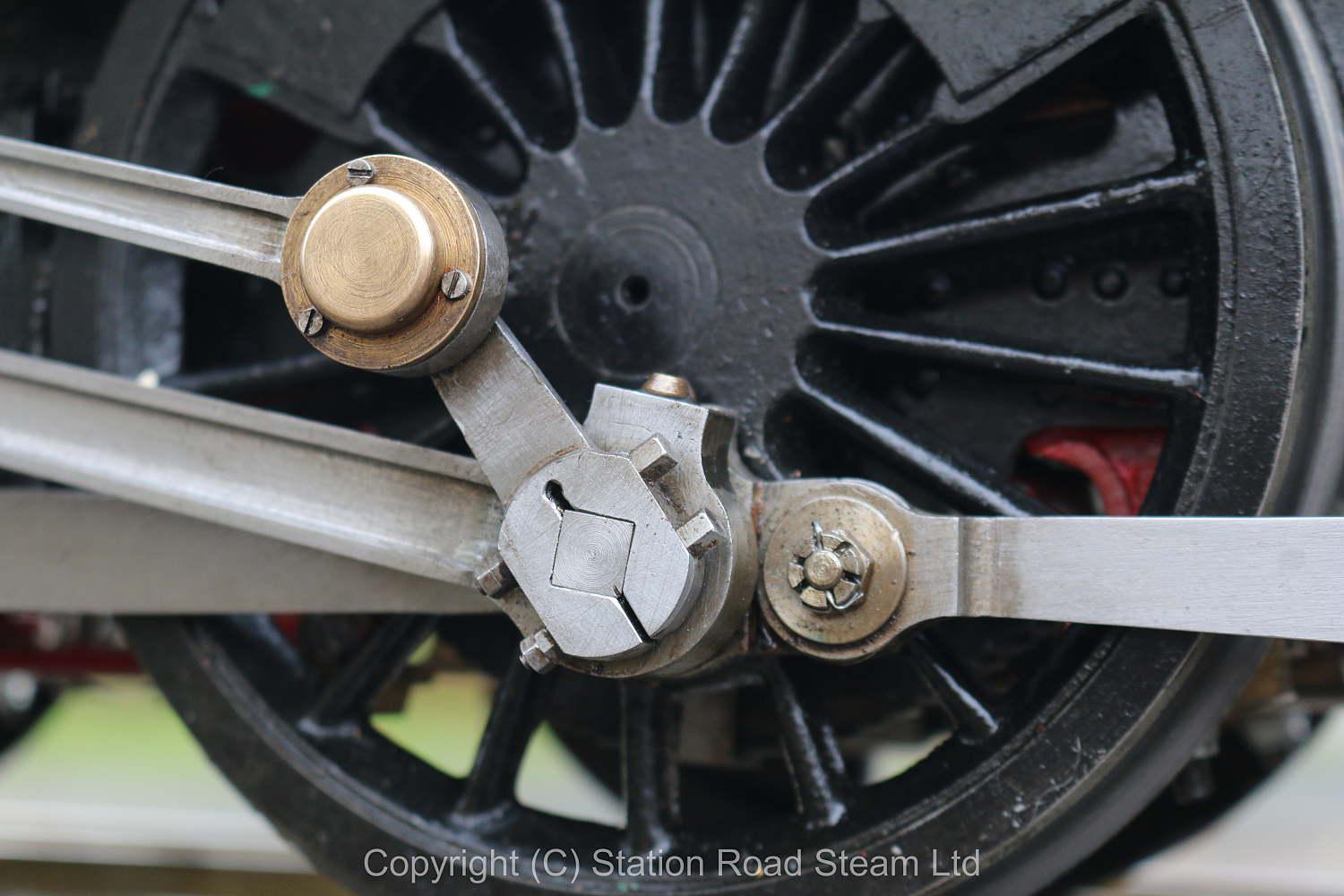 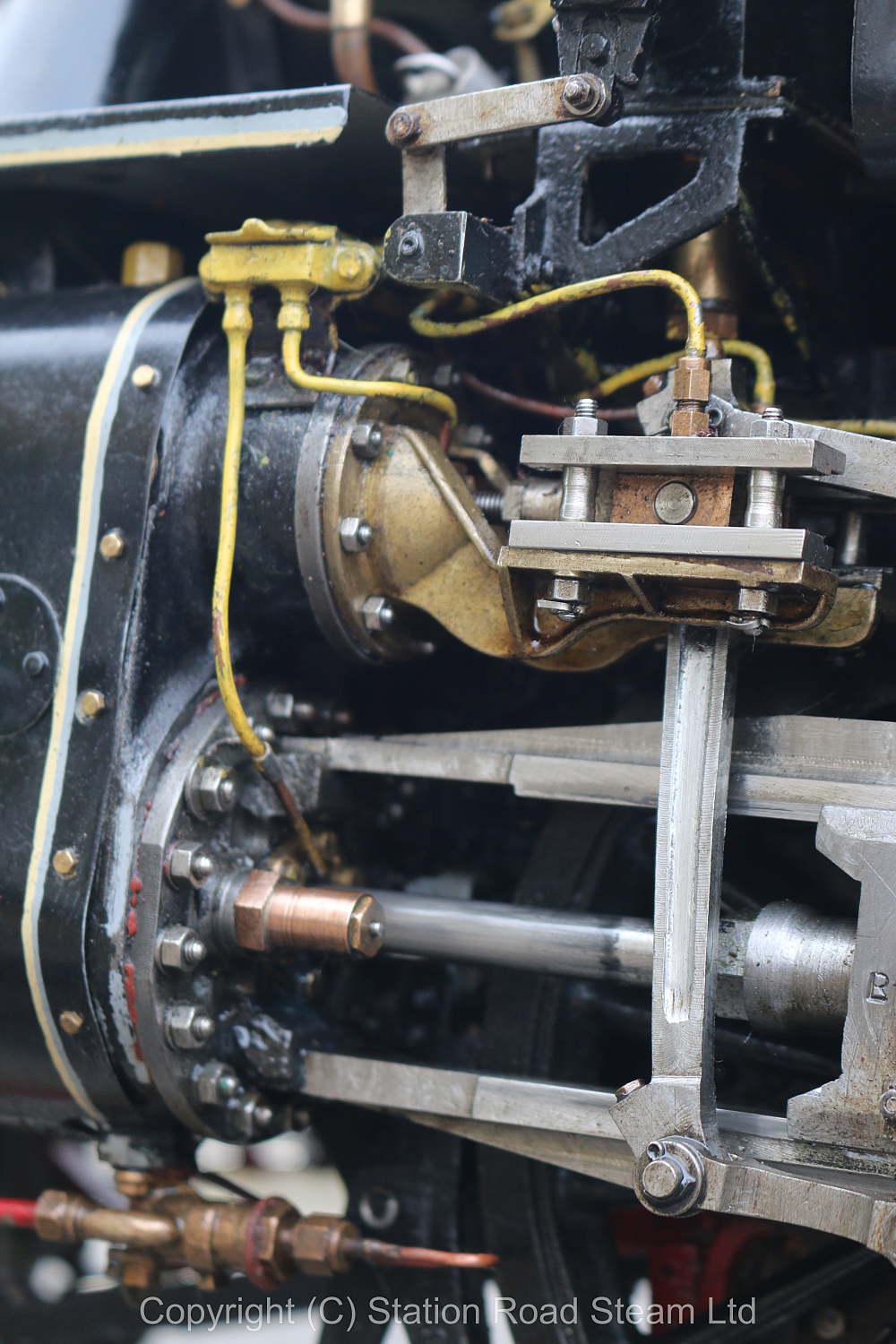 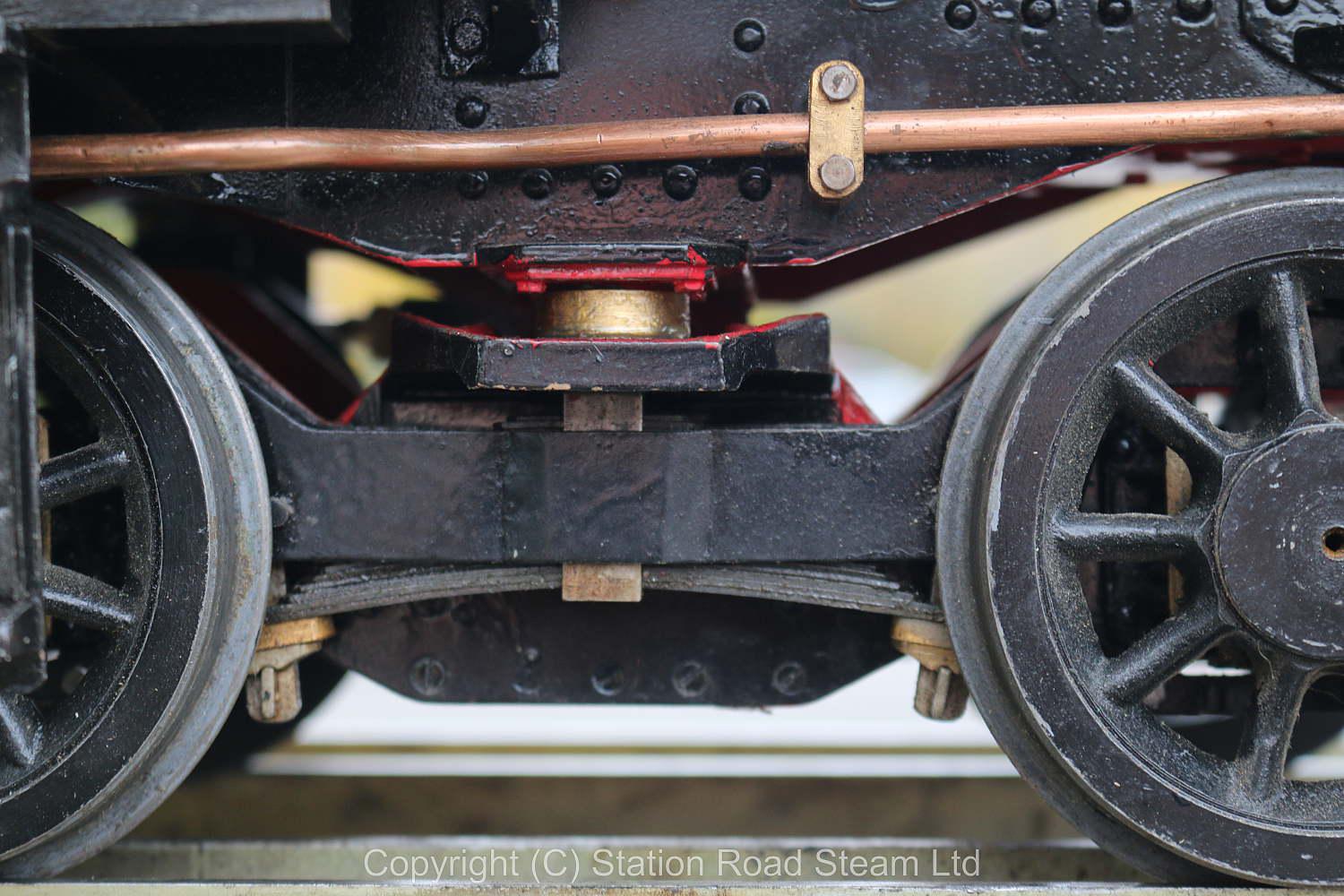 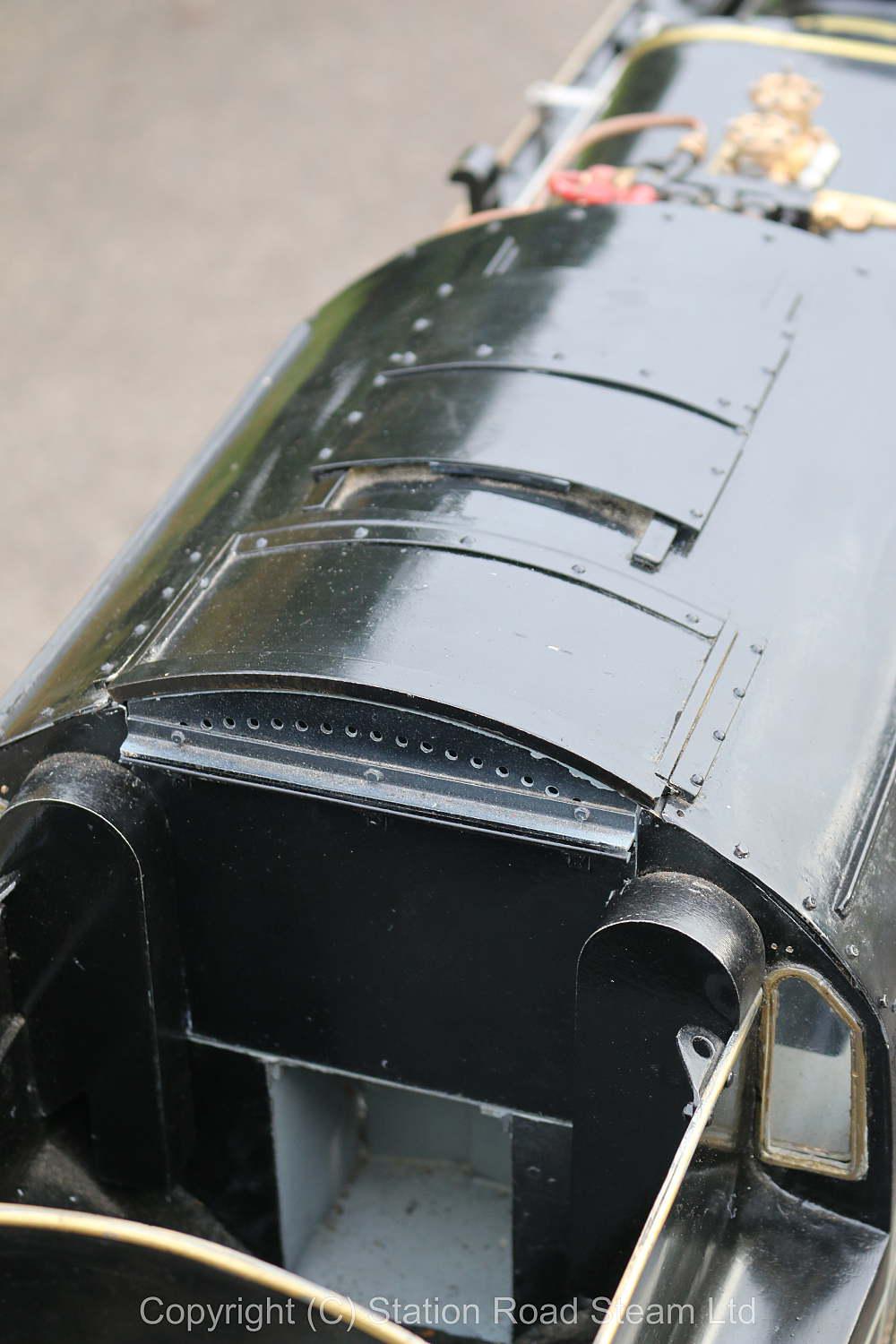 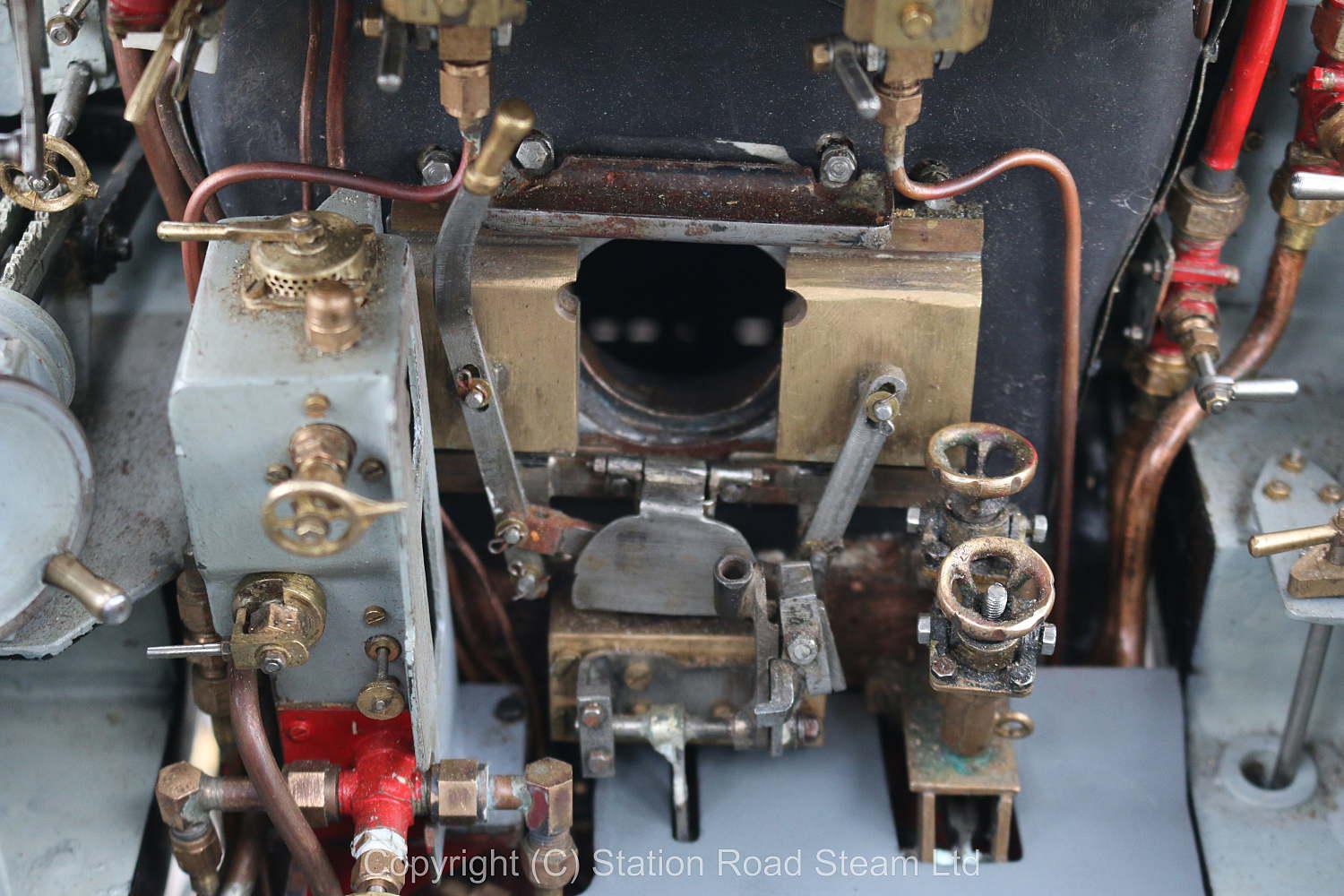 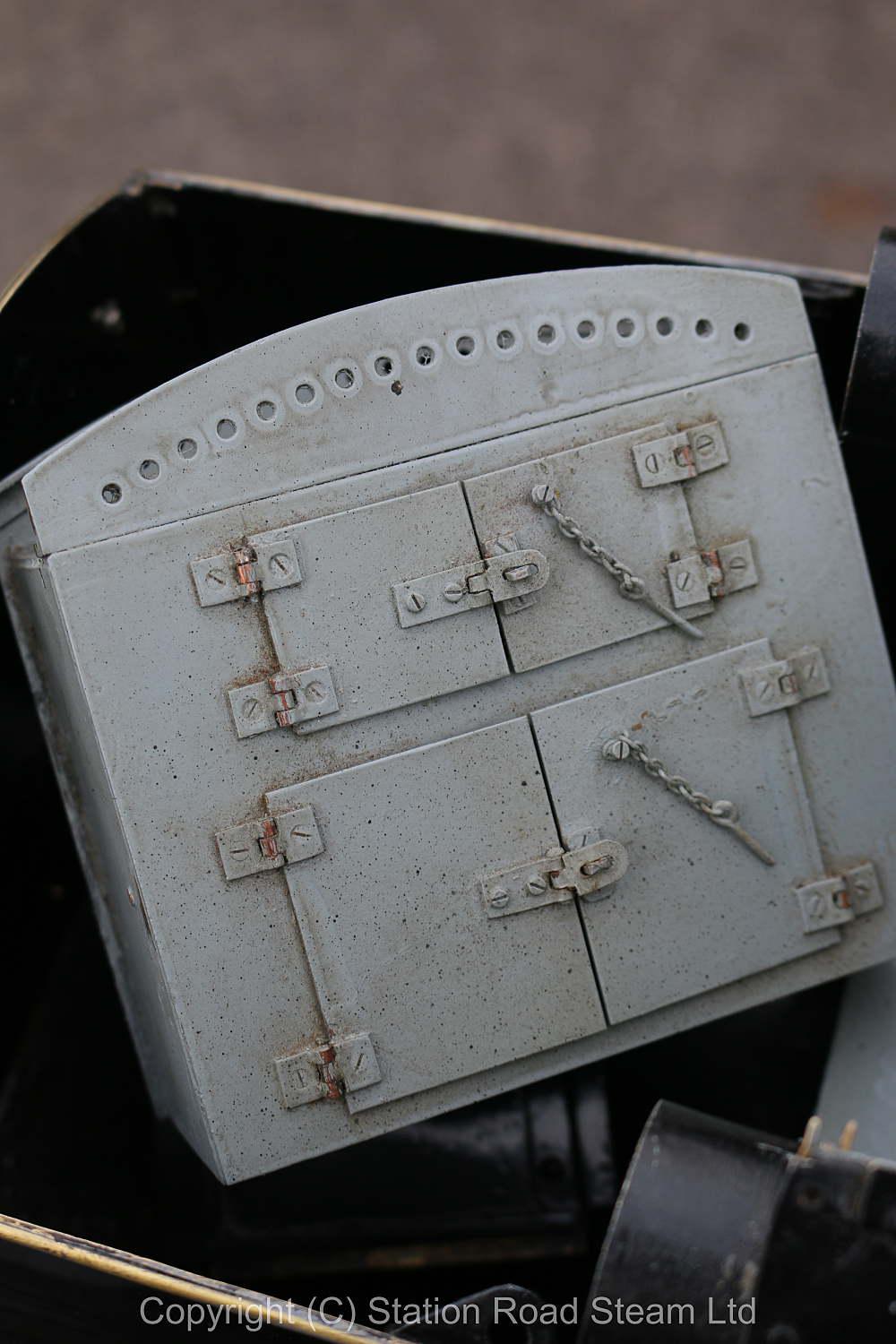 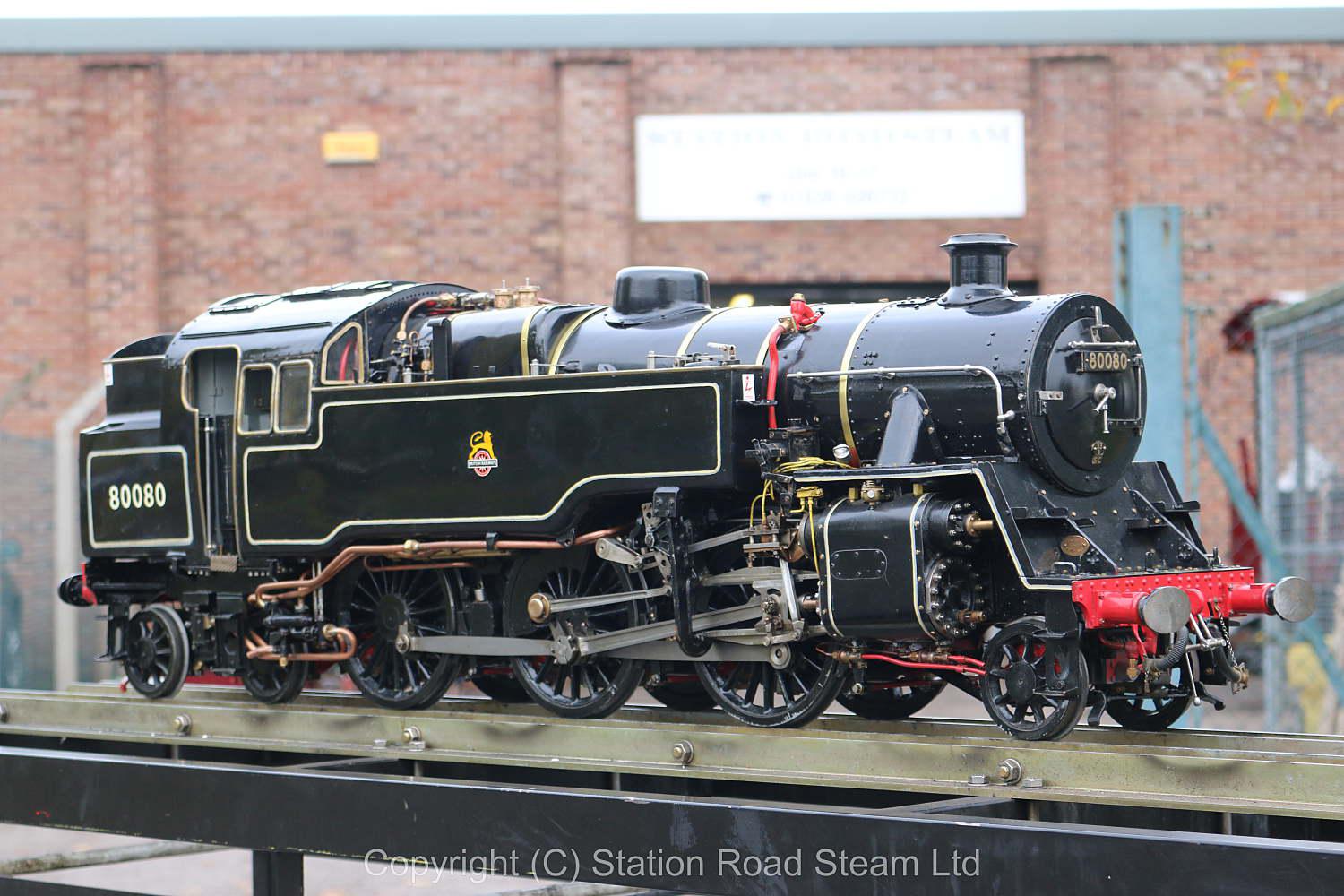 Built to the highly detailed Doug Hewson design, this Standard Class 4 tank is the work of a prolific engineer, the man responsible for the Fowler Z7 currently in stock, along with other engines including stationary and portable types. Recently completed, the engine has been run on air but never steamed (although, by the time you read this, Steve will probably have put a fire in it - there's been that gleam in his eye ever since it arrived).

The engine is silky smooth to push along and runs well on air. Fit of machined parts is good, finish is largely as they came off the machine and could be brought up to a high standard by some dedicated work with emery cloth. Paintwork is distinctive, there are those who would want to repaint into something more British Railways, less brass, red and yellow. We couldn't argue.

A lot of potential in this one - the prototype is a handsomely proportioned engine. Given the complexity of the design in model form, it's unsurprising we don't see many - in the last ten years we've had one complete running example and a part-built engine.

12th November update: Steve did get to steam the engine - there's a clip of it running here.