Sold September 2014 Back to Archive 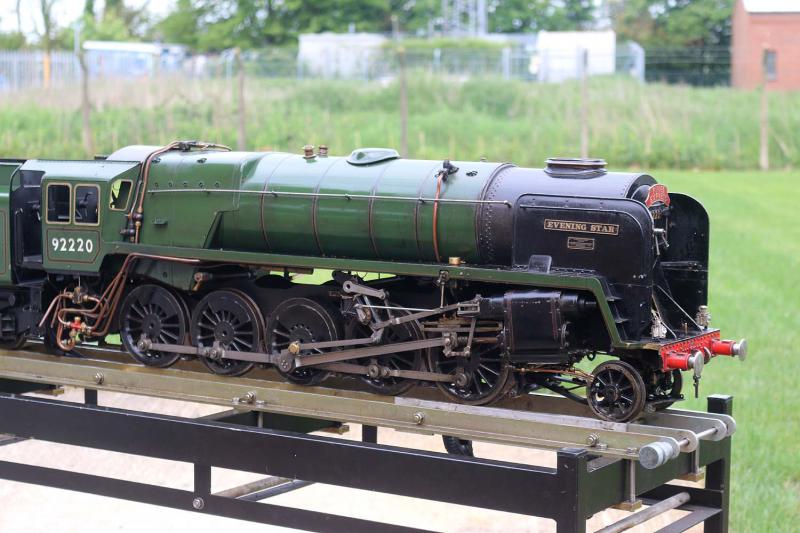 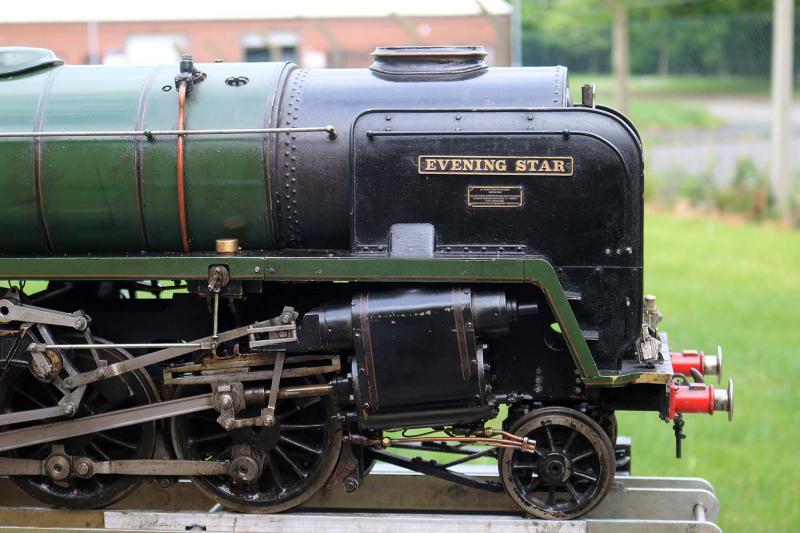 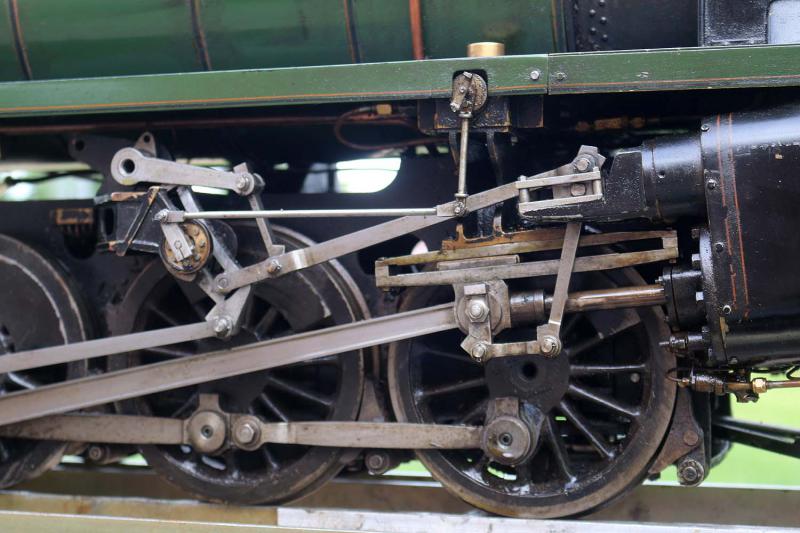 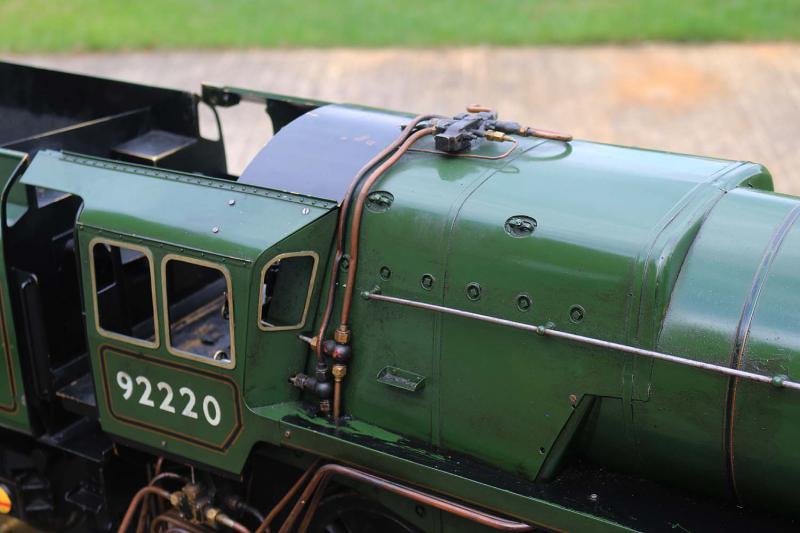 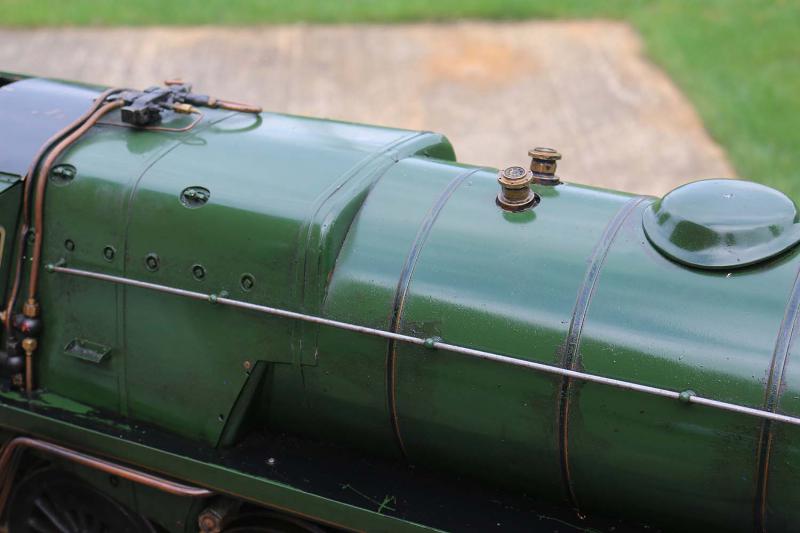 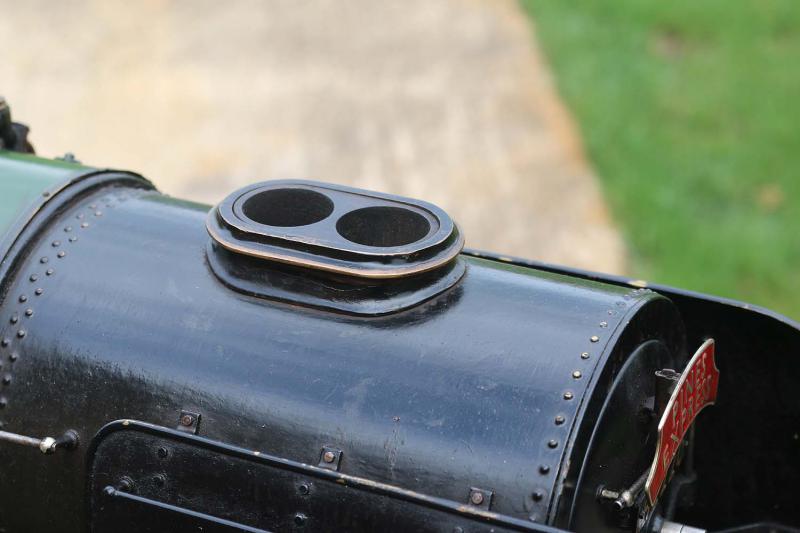 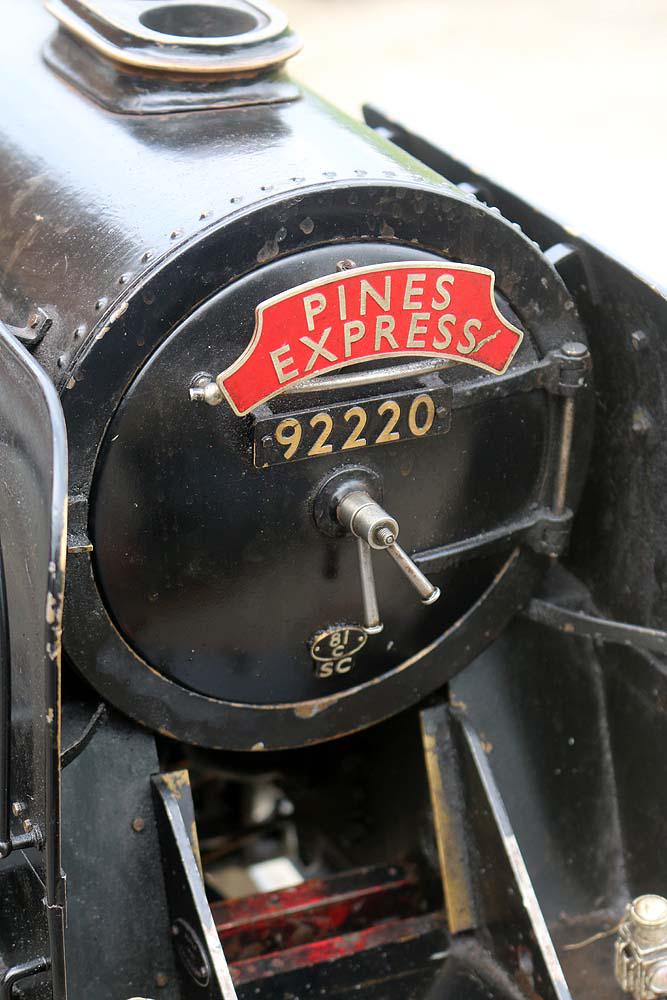 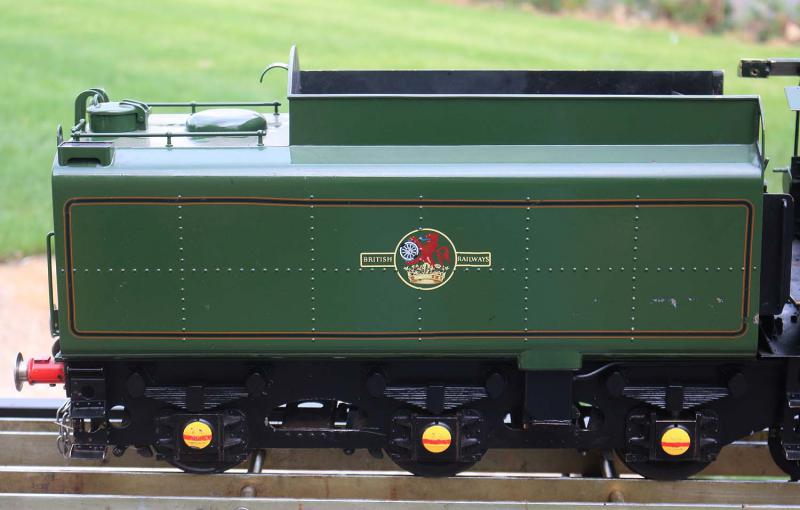 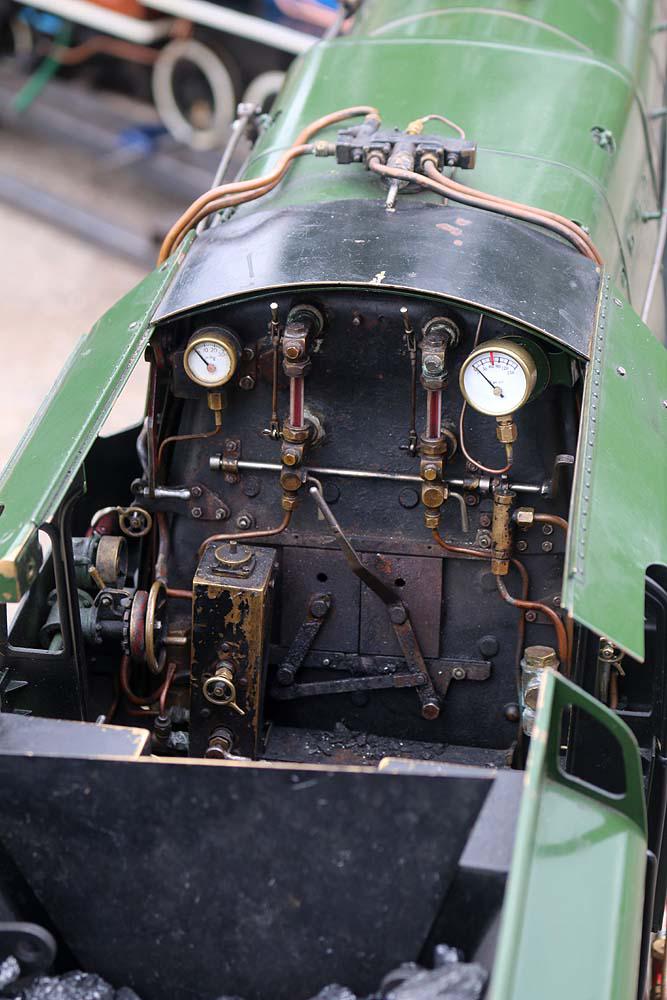 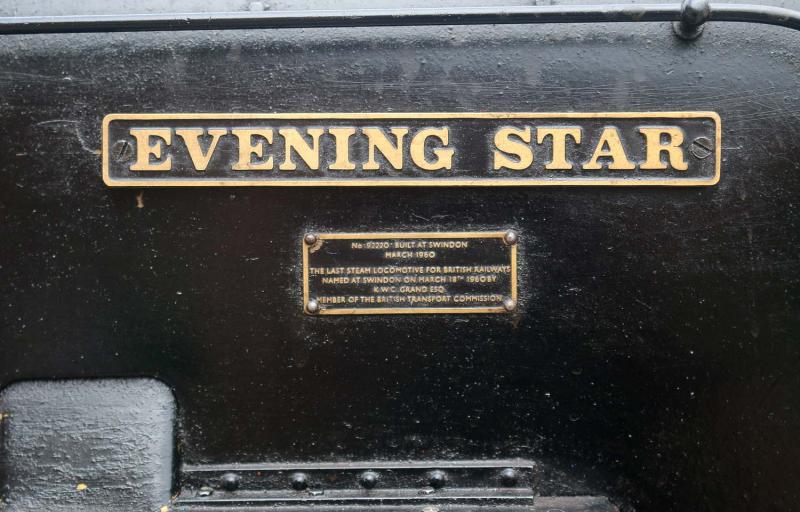 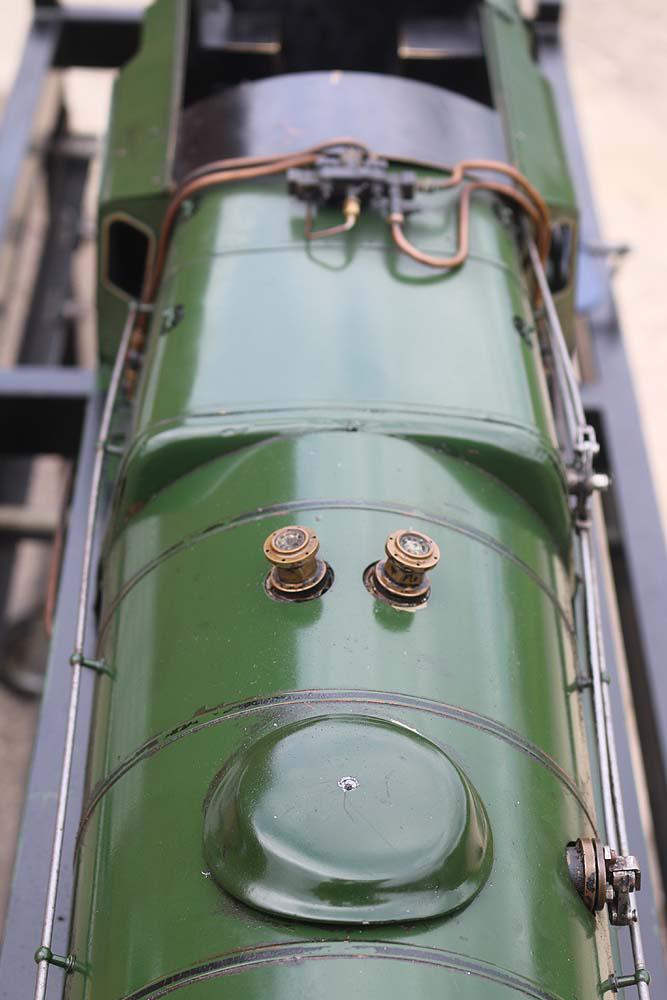 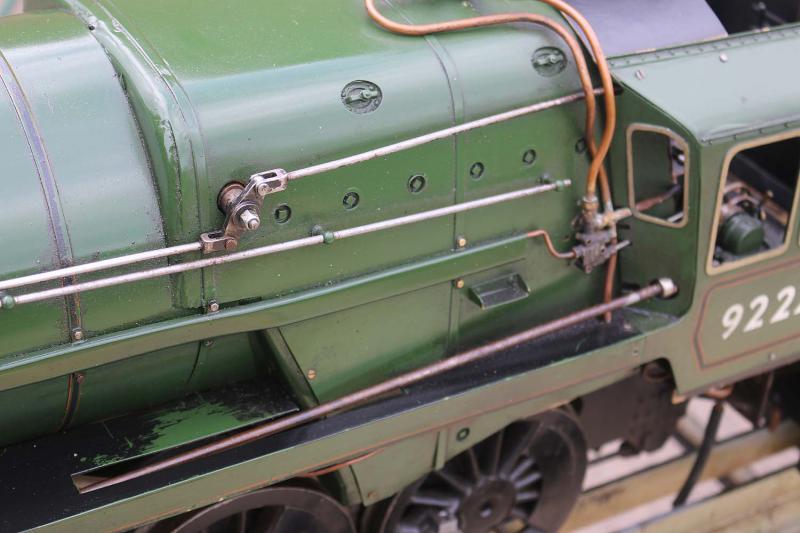 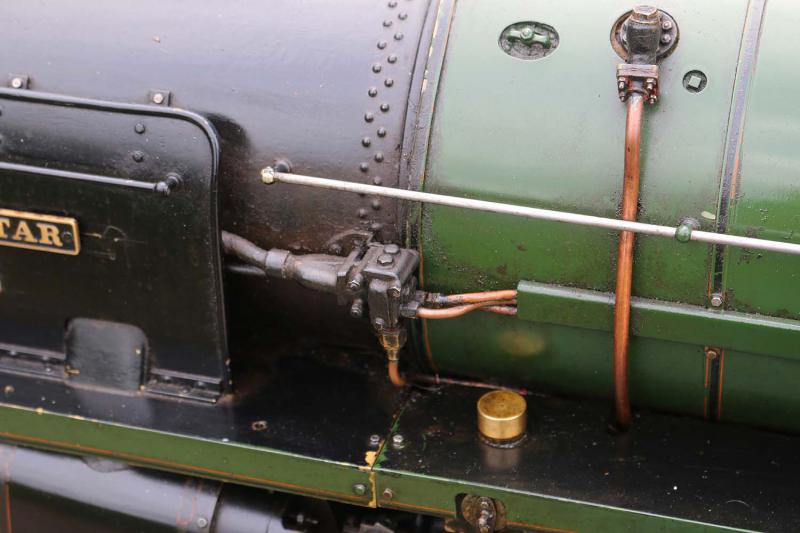 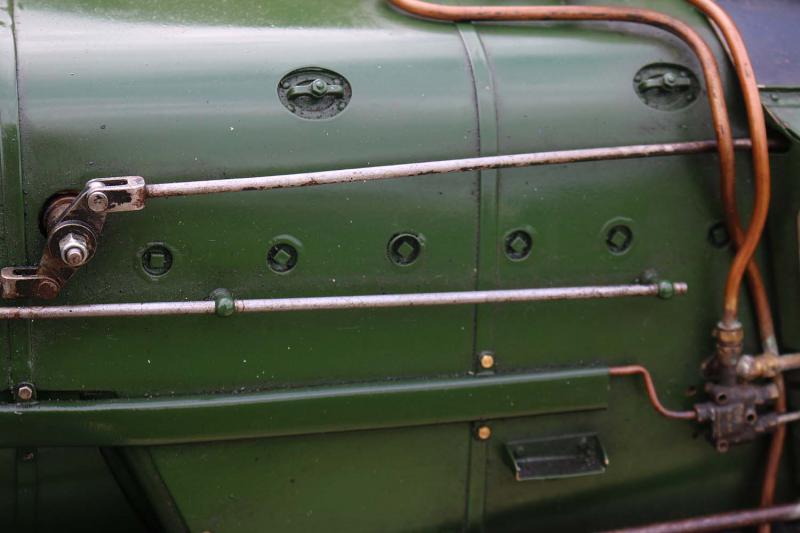 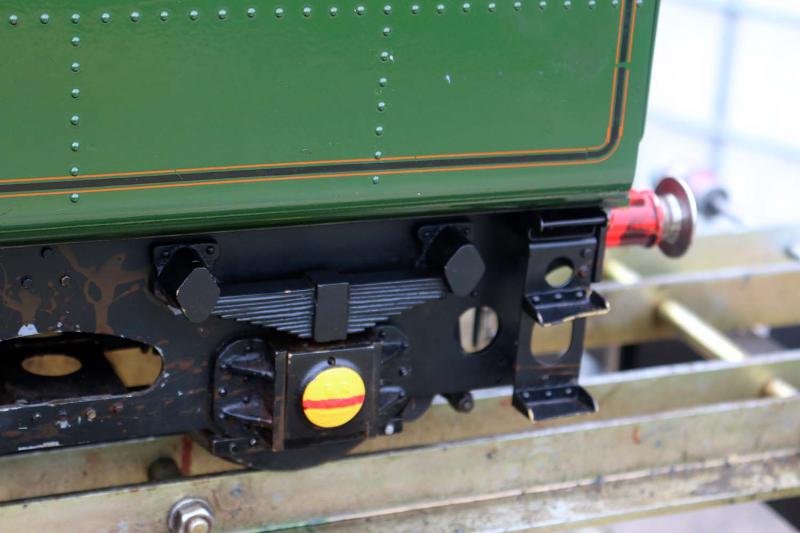 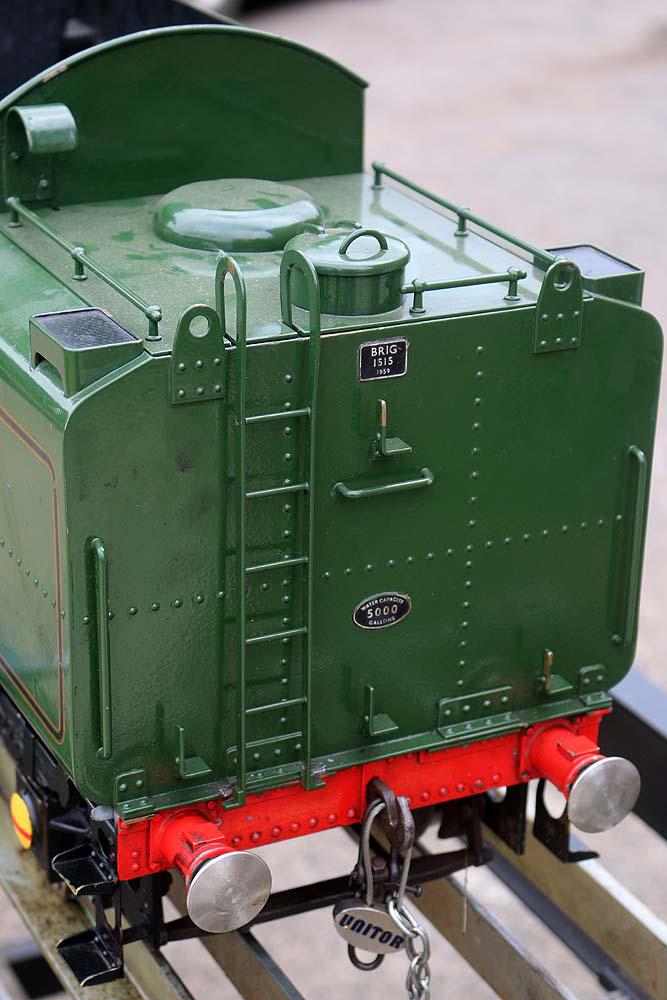 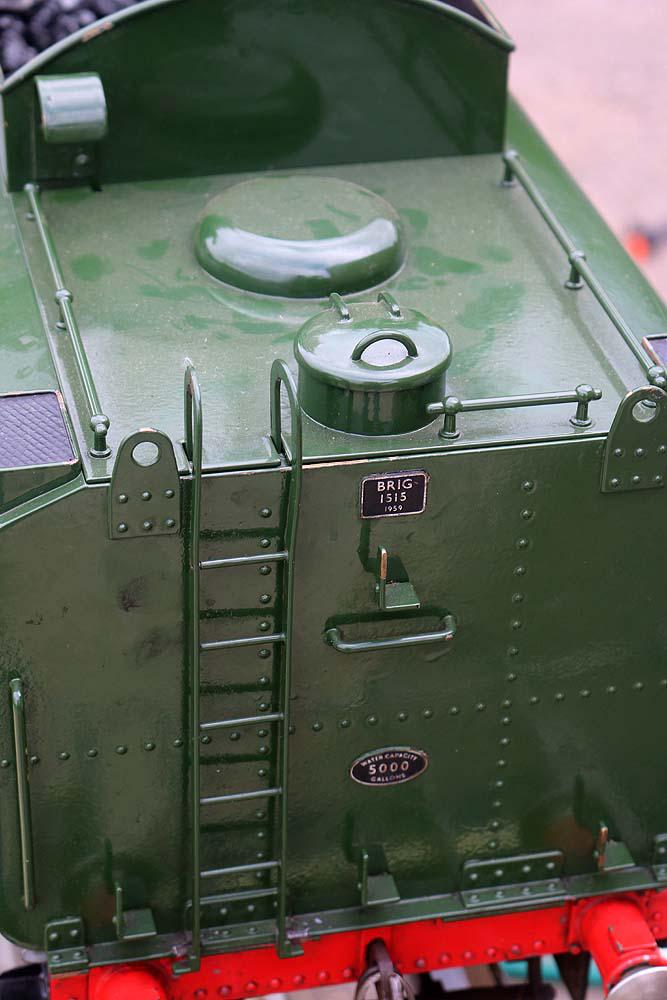 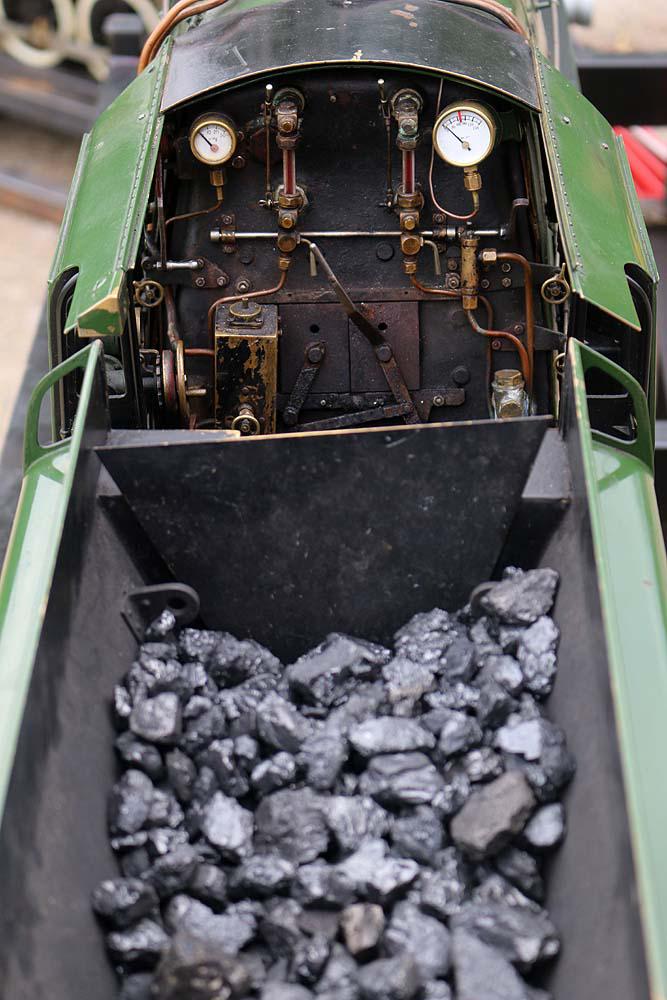 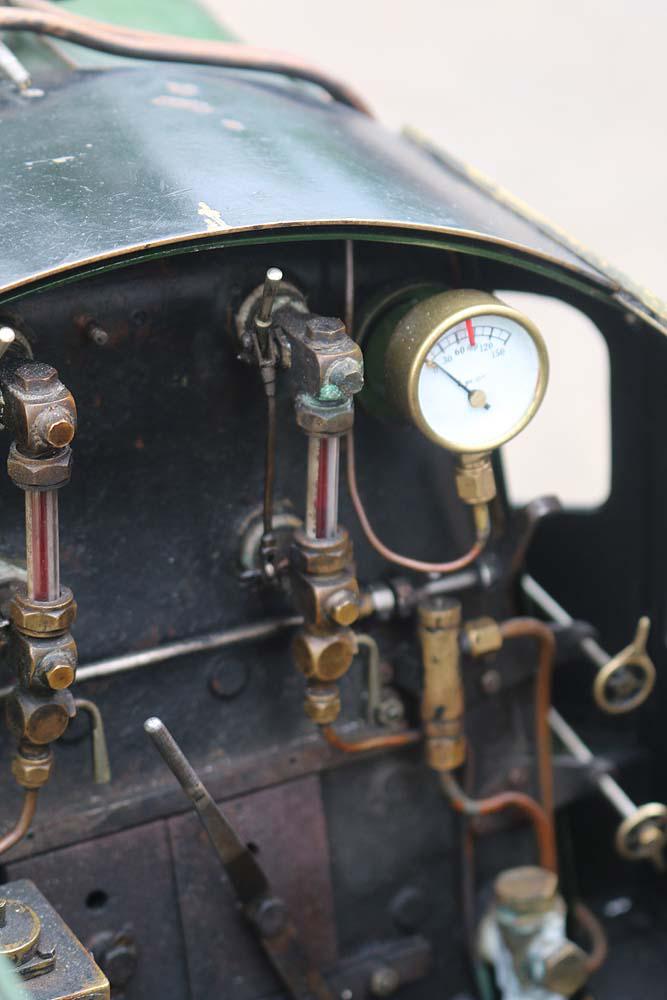 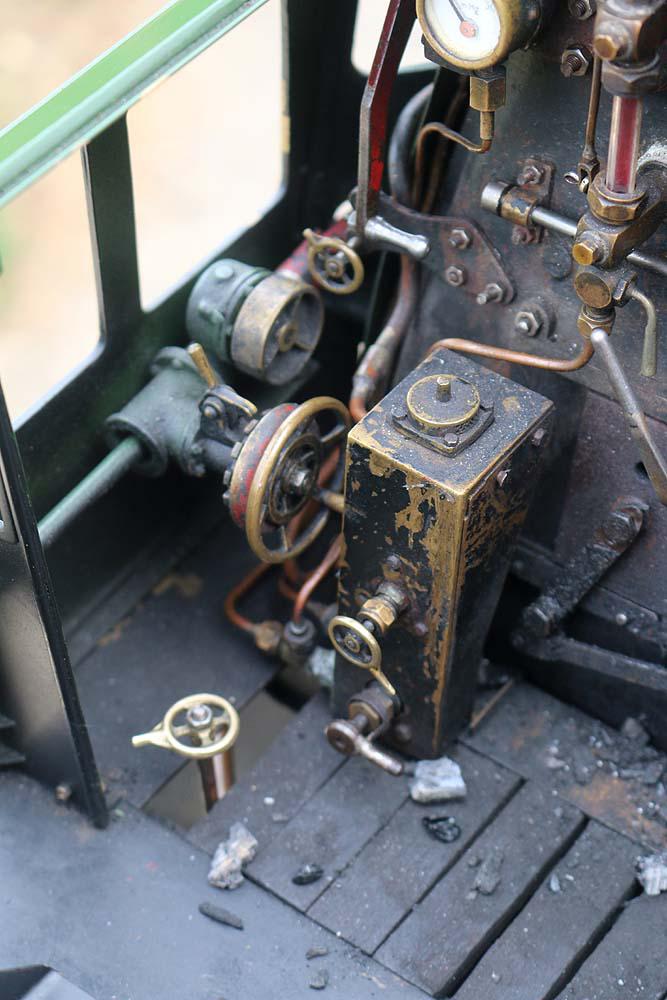 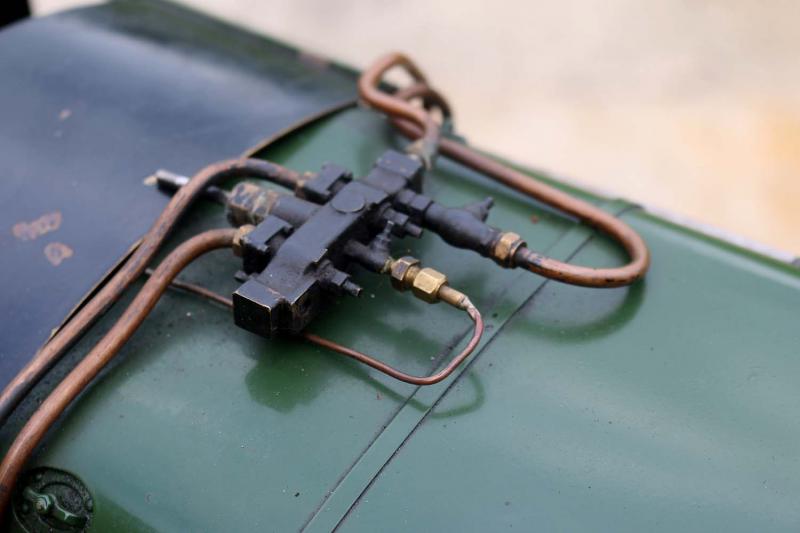 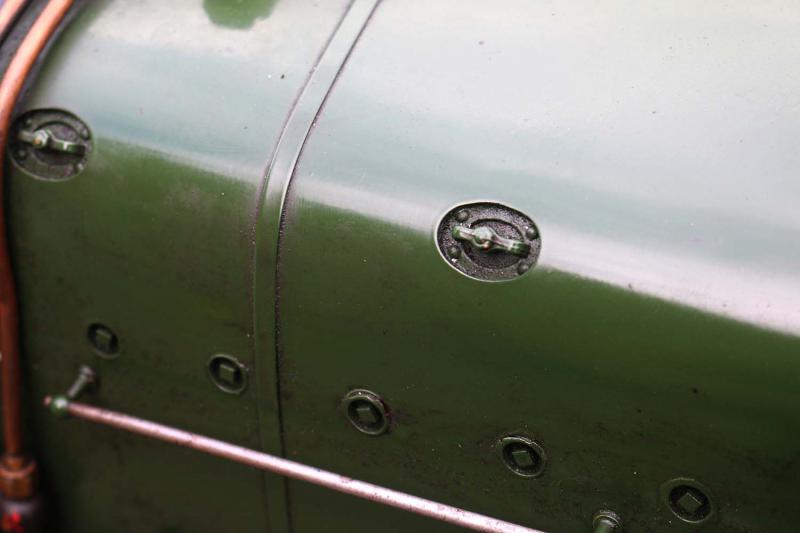 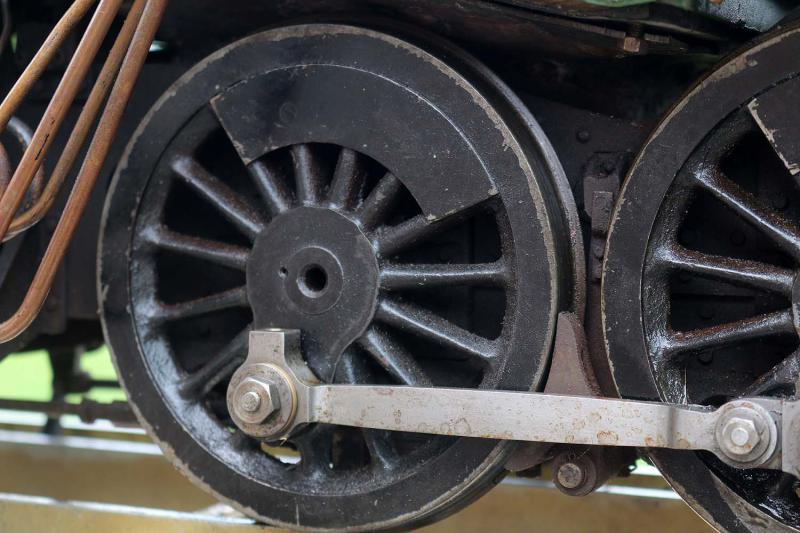 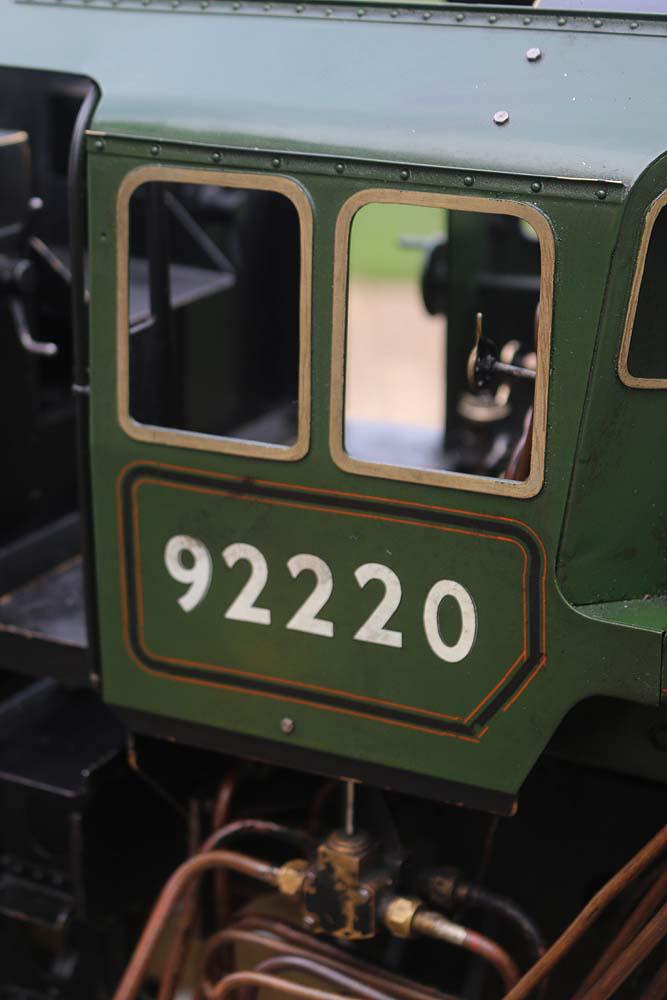 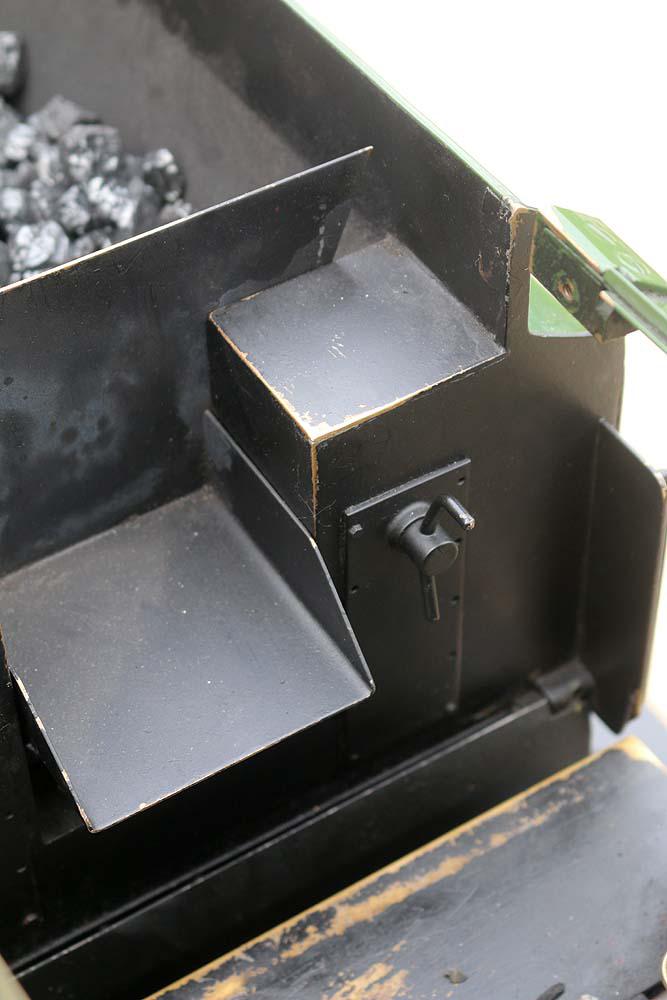 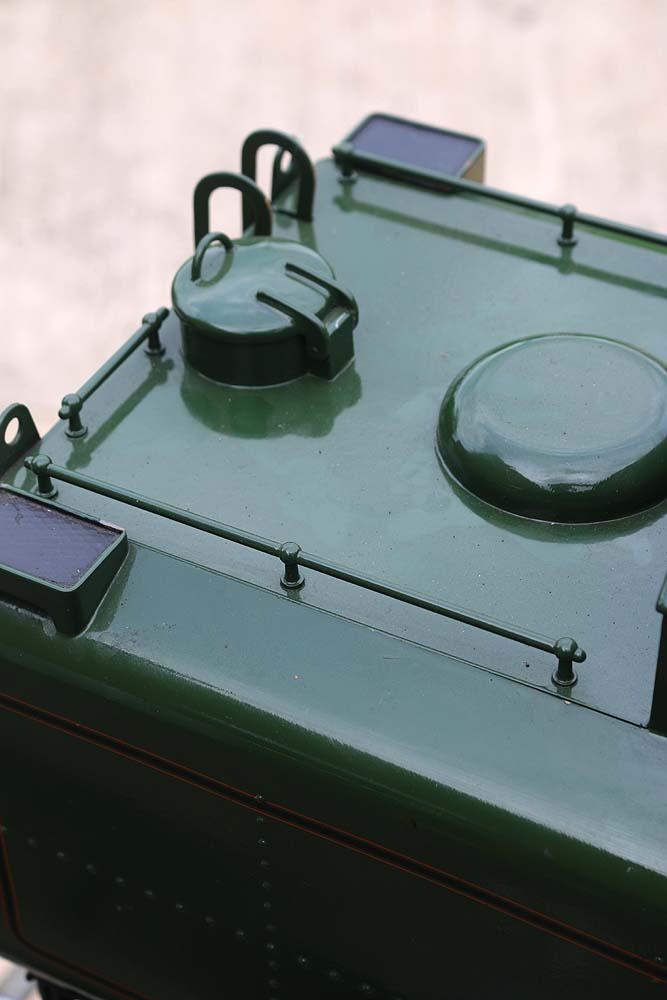 A well-built 9F "Evening Star", well built and nicely detailed which, whilst having fallen on hard times cosmetically, still runs well - the original quality of build still shows through the muck and worn paint.

Copper silver-soldered boiler by Cheddar Boilers, 2003. Initial test at 200psi for 100psi working, with original manufacturer's test certificate - in recent times the engine has been run at 90psi, which given its size is probably adequate for all but the most determined heavy-haulers. Feed by twin injectors. Cast iron cylinders with piston valves actuated by Walschaert's gear with screw reverser in cab. Mechanical lubricator. Fitted for vacuum brakes with gauge and driver's brake valve.

Complete with a braked driving truck built to resemble an elongated BR tender.

We've had the engine in steam on the rolling road - it runs well (there's a clip of it here) although injectors need replacing and the whole engine needs a thorough clean and at least a partial repaint. Given the quality of what's underneath, you would lose little on any investment in time on this one.