Sold April 2017 Back to Archive 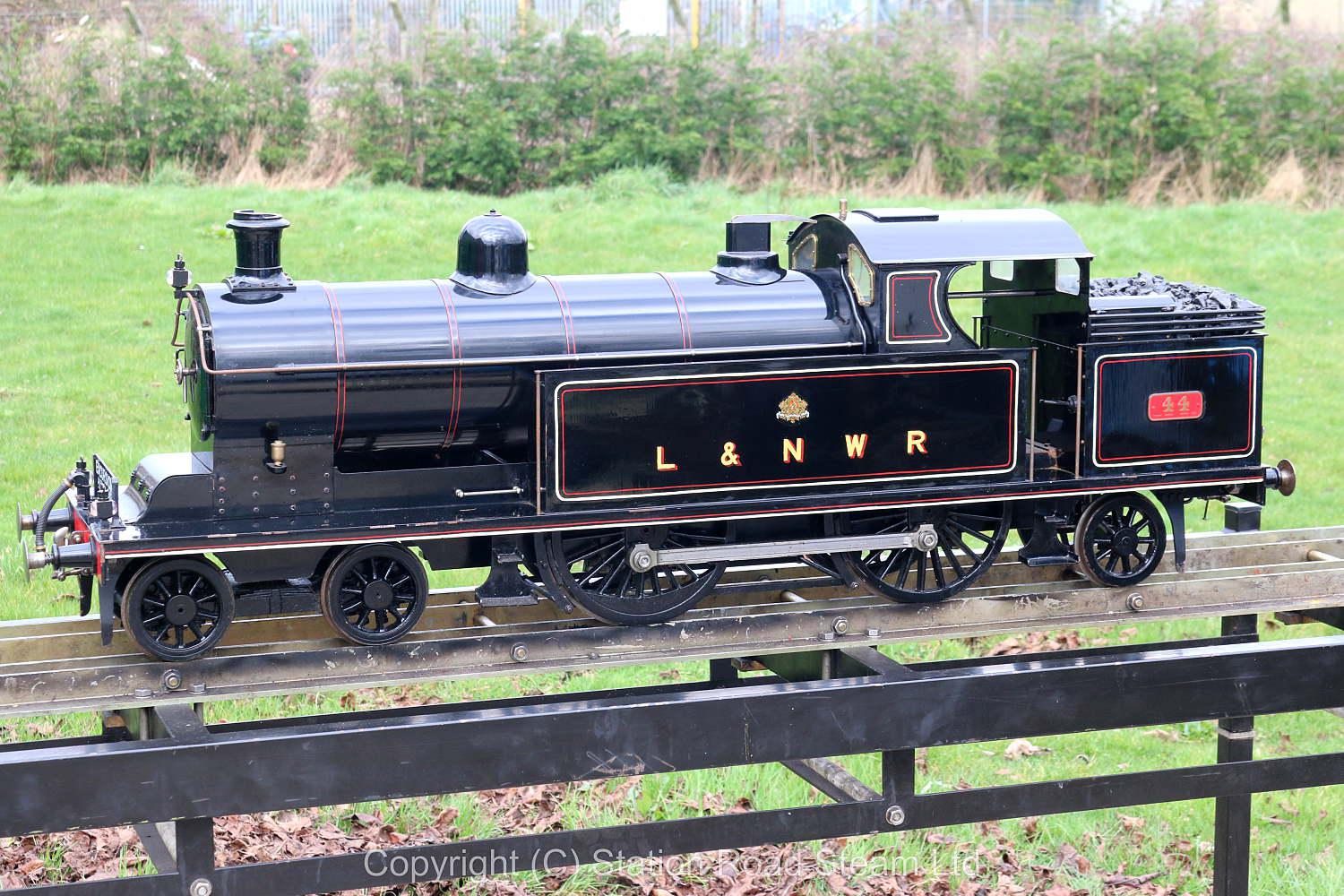 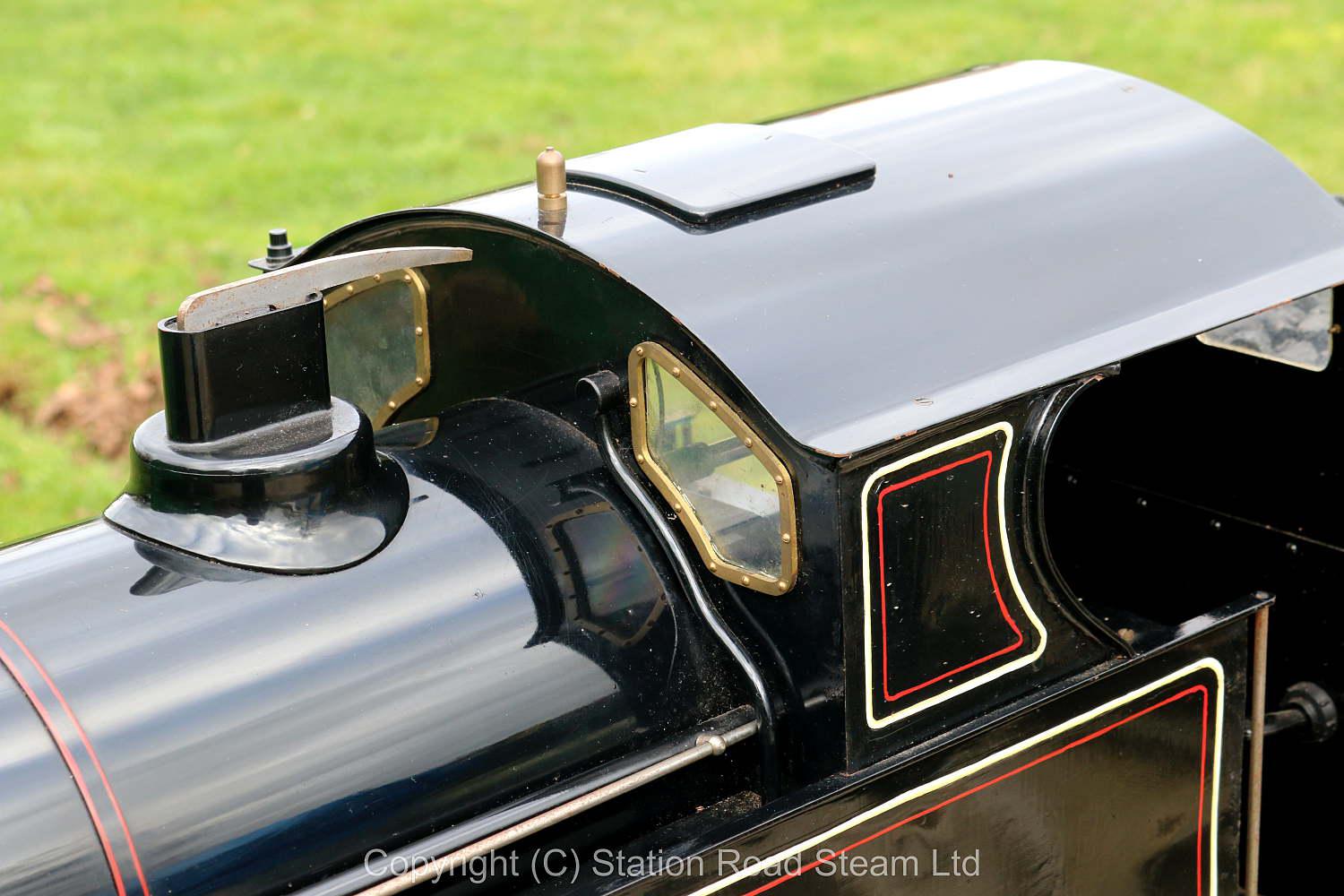 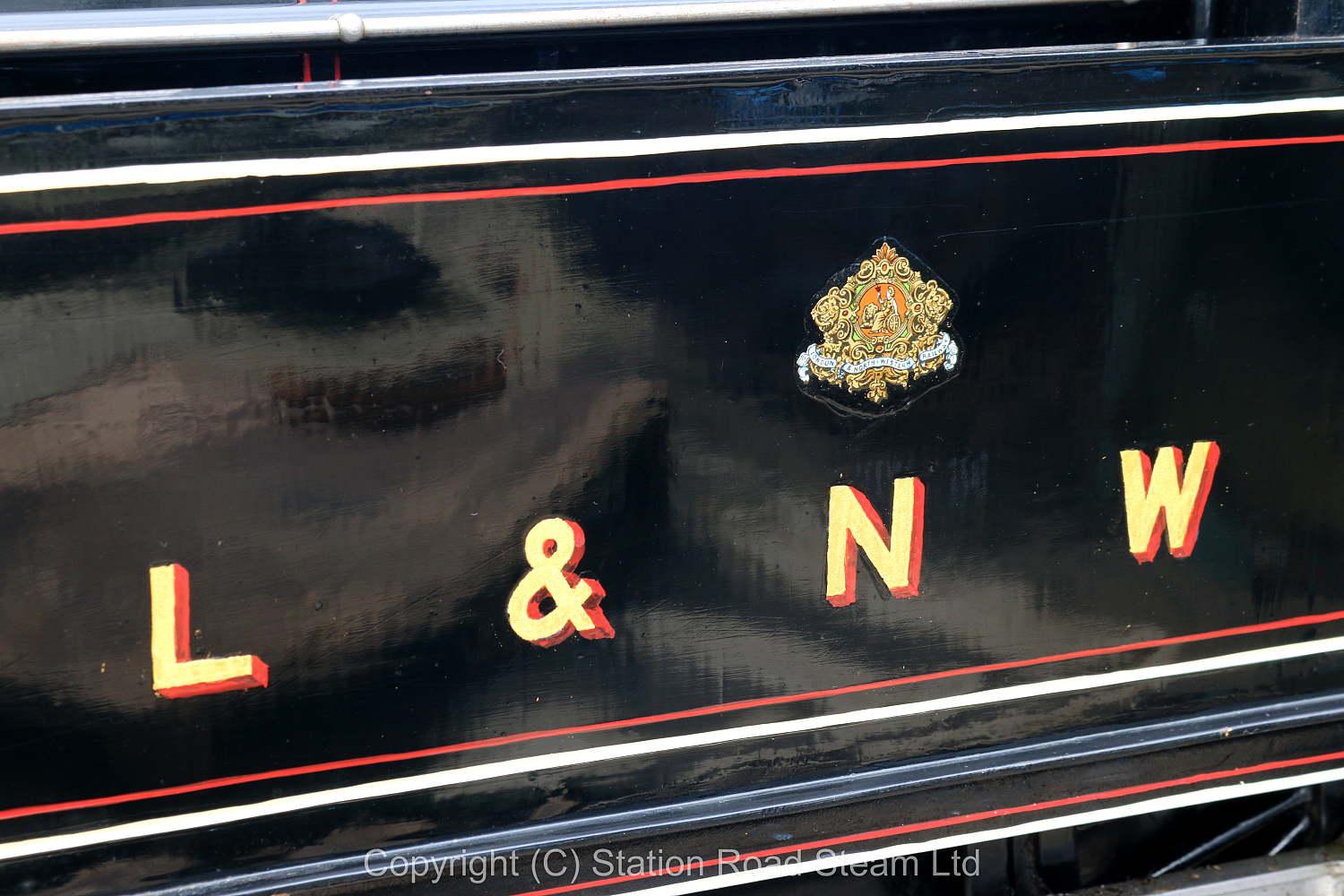 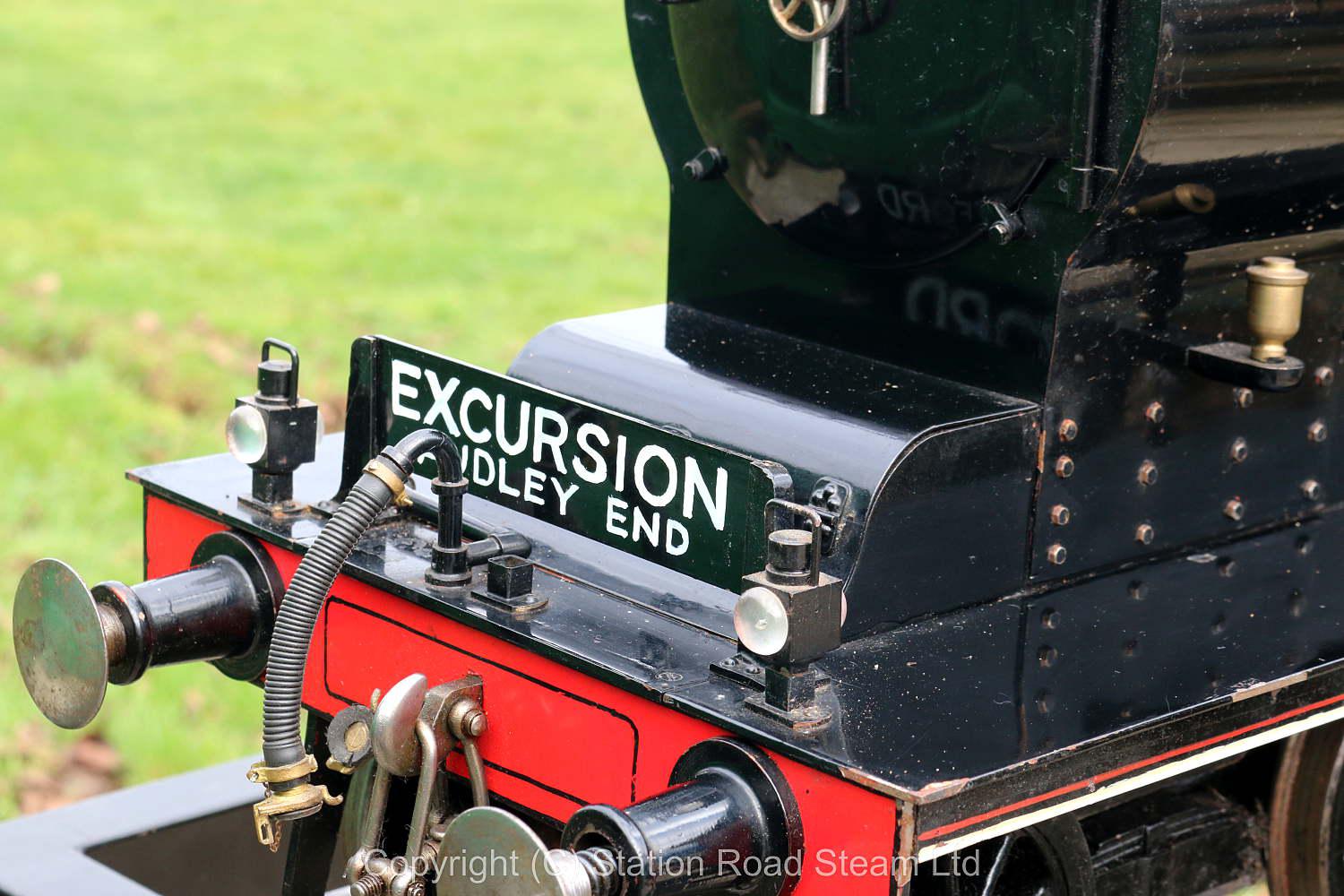 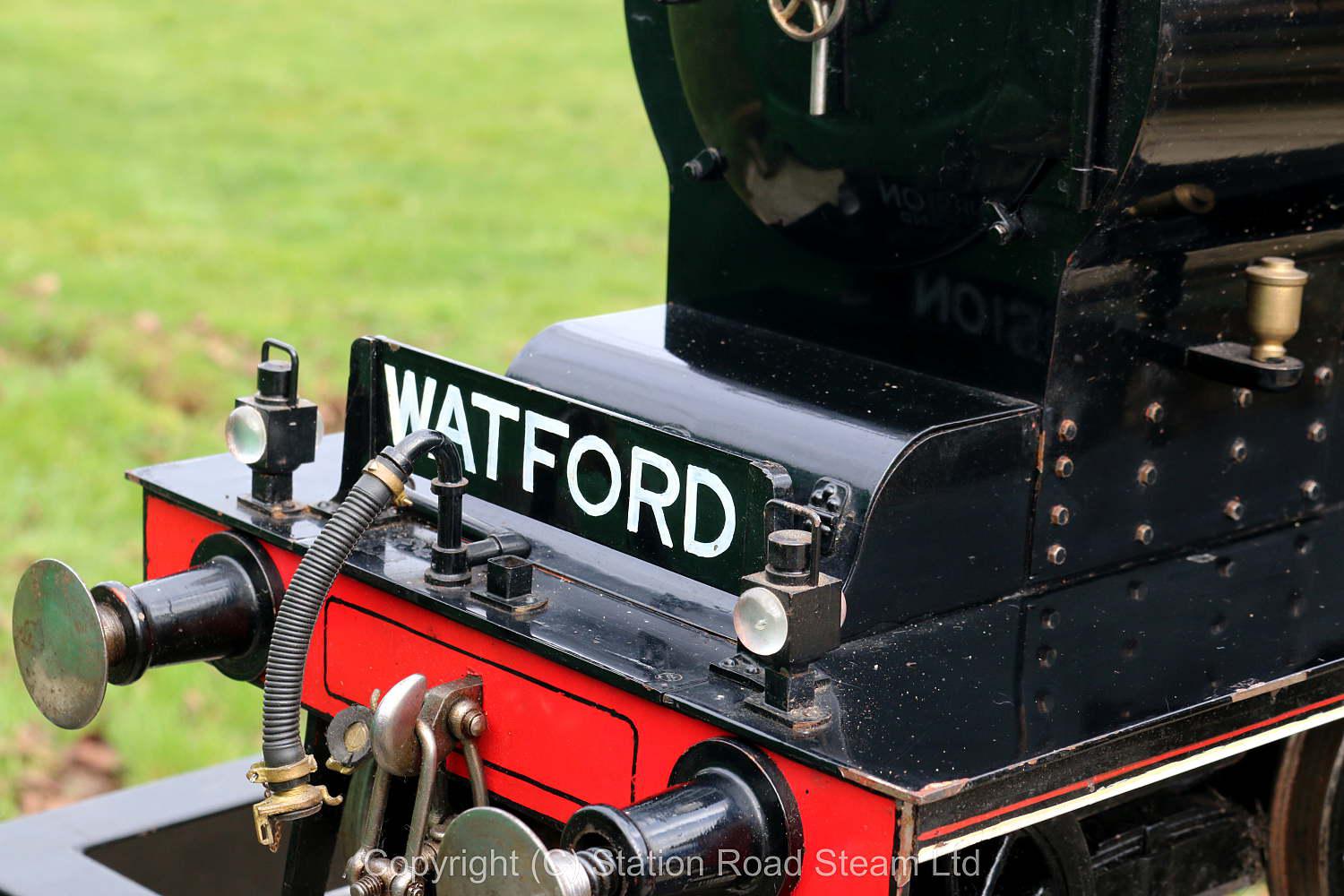 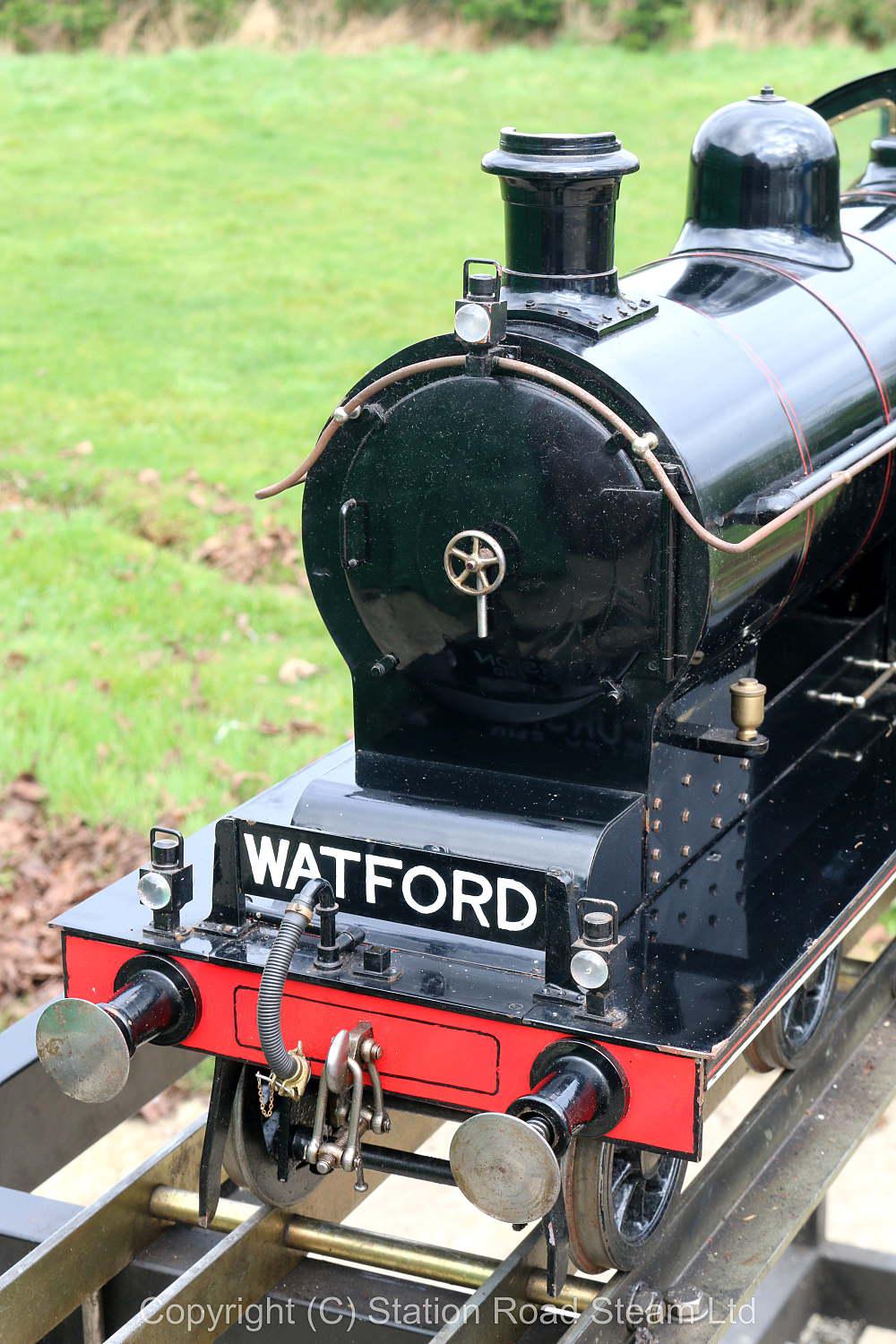 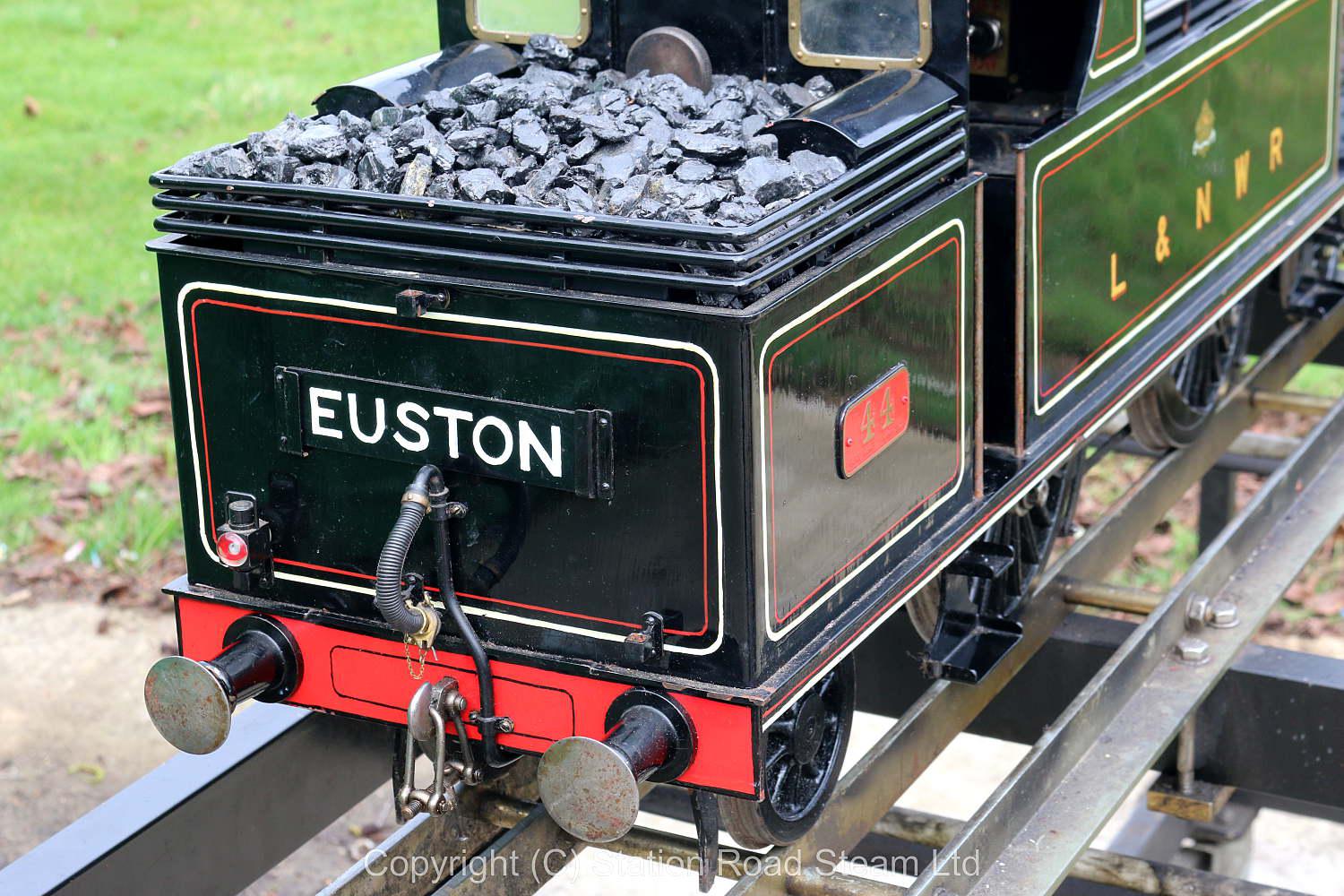 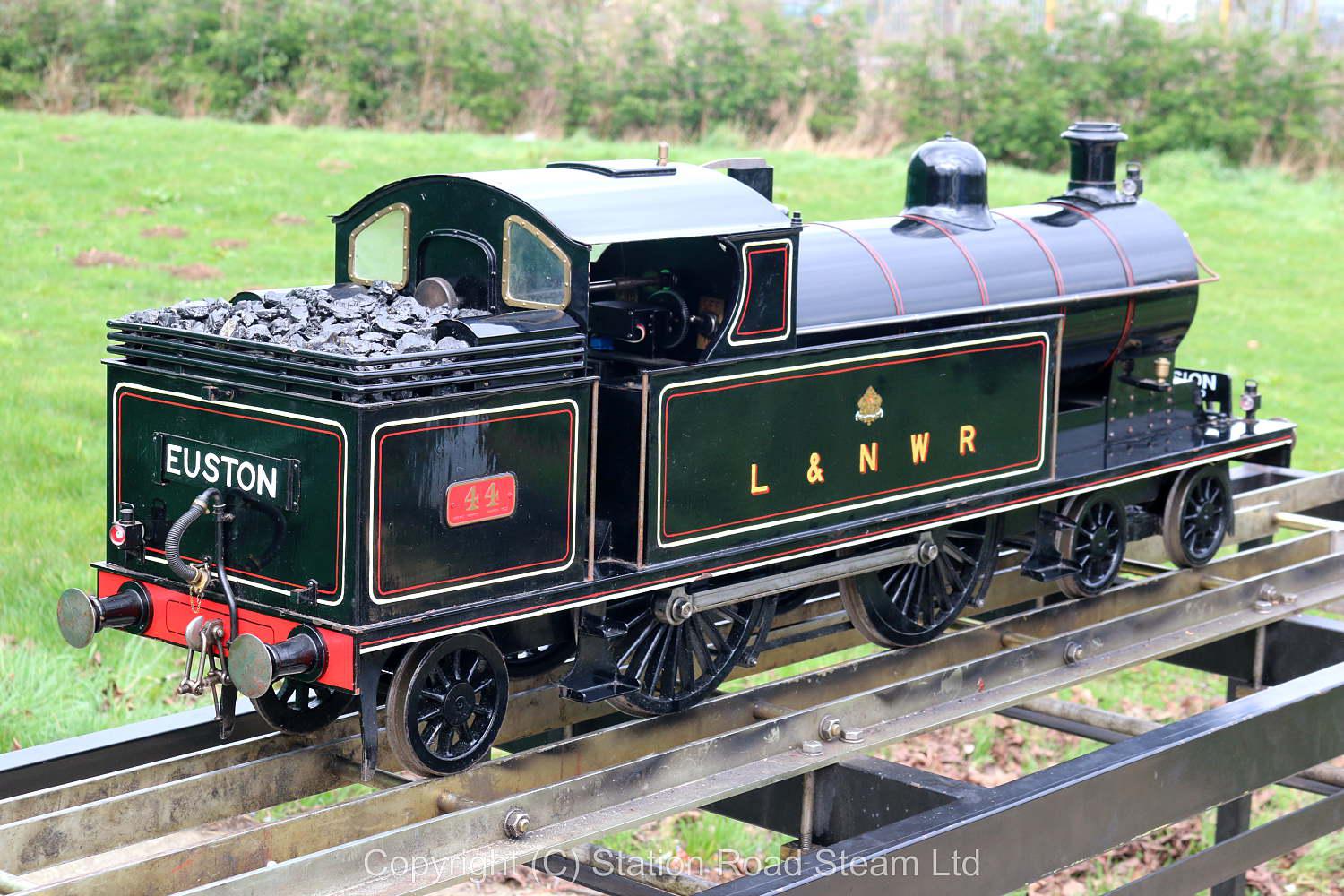 Steam outline battery electrics are a fairly rare breed, even rarer are those which are nicely made, well detailed and completely convincing - this is one of them. Formerly used at Lord Braybrooke's private 5 inch gauge railway at Audley End, where it ran in company with some very fine locomotives and rolling stock; this is the engine you get out when you just don't want all the mess and hassle of the real thing (although as Doctor Johnson so nearly said, "when a man is tired of steam, he is tired of life"...)

It was obviously designed to run with a battery in a truck behind - there are leads with connectors under the rear buffer beam. The cab contains on/off switch and what appears to be a forward/reverser switch, the "regulator" knob is operated from the bunker, it also appears to be fitted with a servo for radio control. Drive to the chassis is by a substantial electric motor mounted fore and aft, with drive to axle by gears.