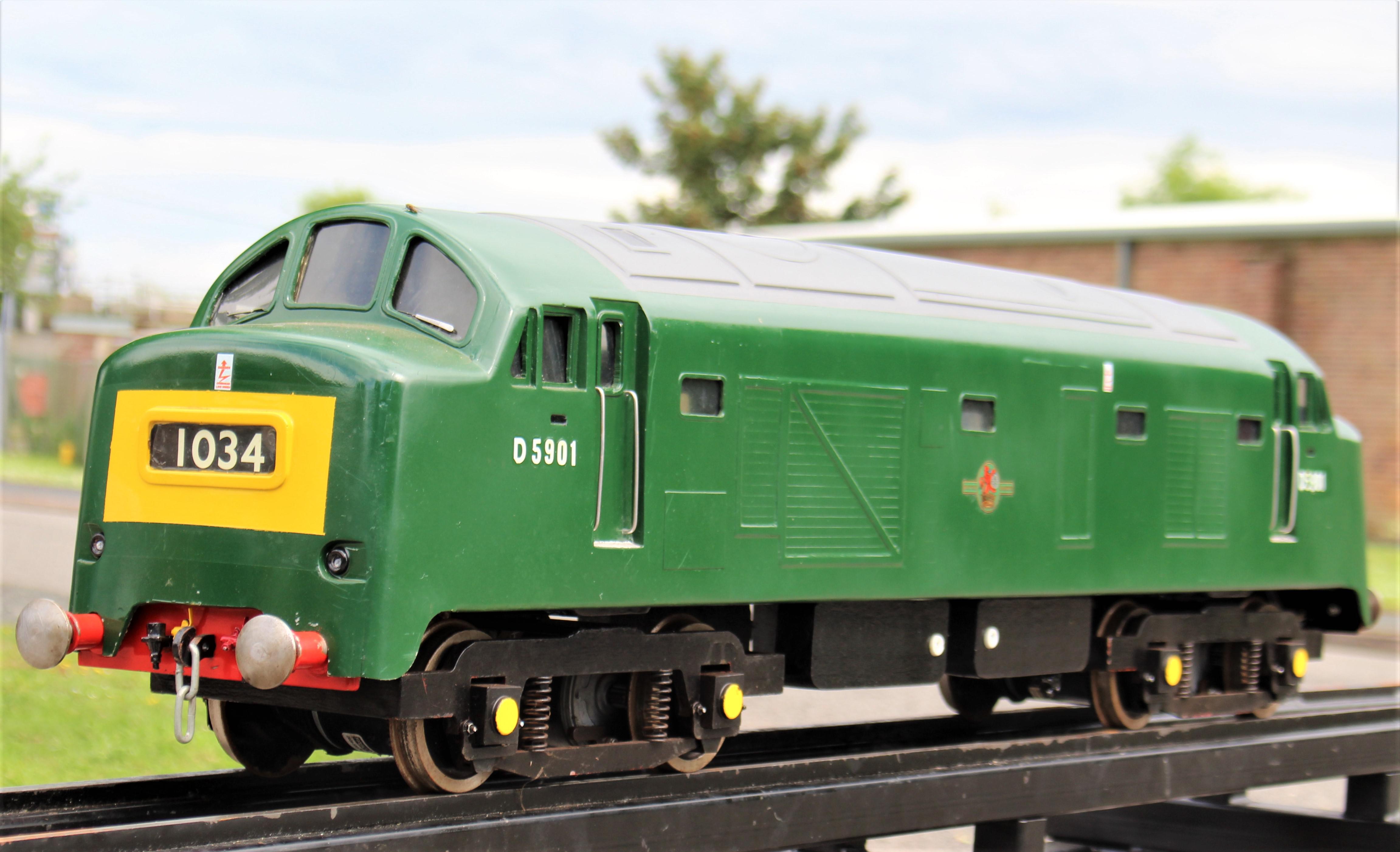 A 5 inch gauge Compass House Baby Deltic, it's spent a pampered life on a short "there and back" railway around a beautifully kept garden.

The owner's grandchildren have now grown, as a result the railway has been little used in recent years. We went over last week to see the railway on its last running day, the Deltic; a Class 08 shunter; Simplex 0-6-0T and rolling stock arriving with us yesterday when John and Connor went over to lift the track.

The locomotive has four motors - two per bogie - with a 24 volt 4QD controller and sound card with a pair of speakers. There is a remote control hand set which plugs into the rear of the body wired up for direction, speed control and operating the two tone horns.

It comes complete with a pair of new, boxed batteries which have only been used for a short test run in recent days.

As with all large battery electrics, you get a powerful engine that's easy to transport - the body lifts off, with the batteries removed the chassis is an easy lift. The whole thing can be put together again in a couple of minutes.