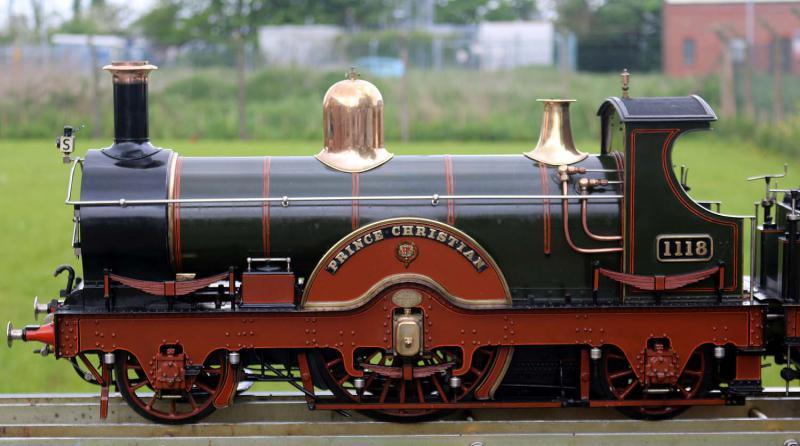 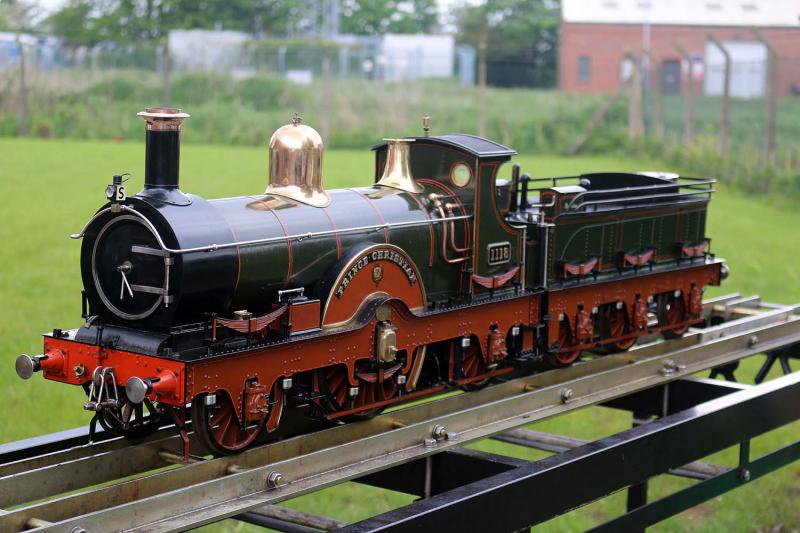 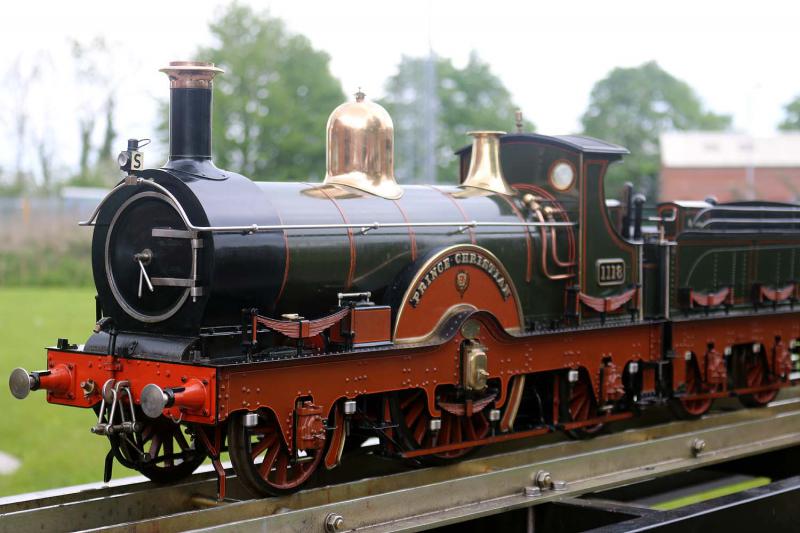 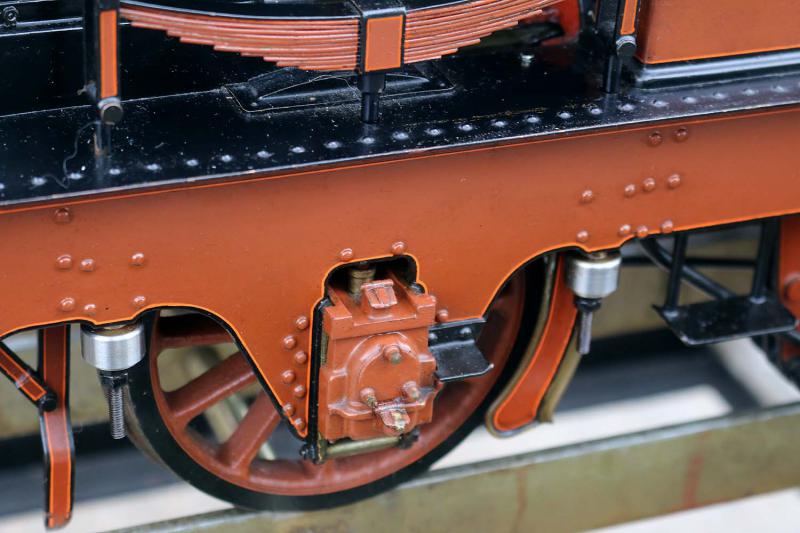 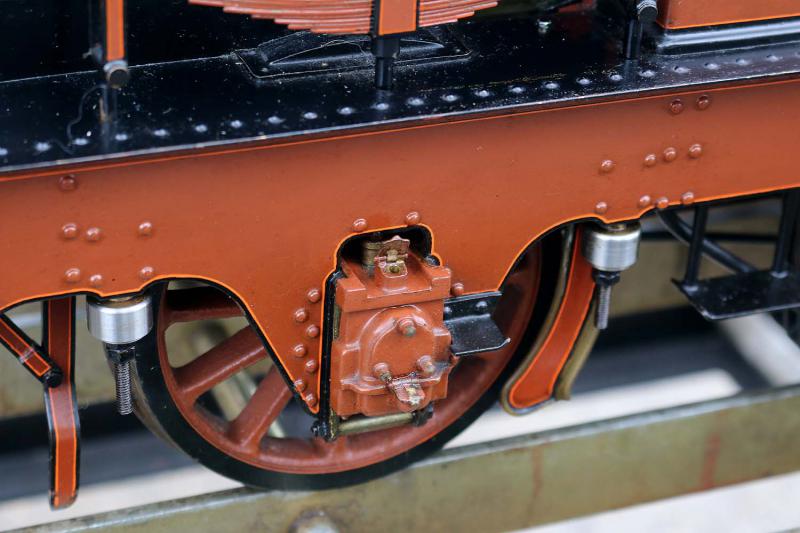 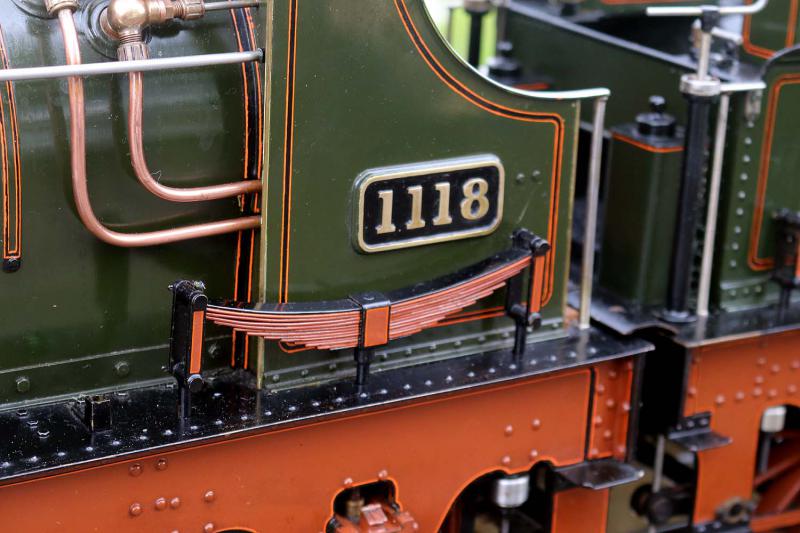 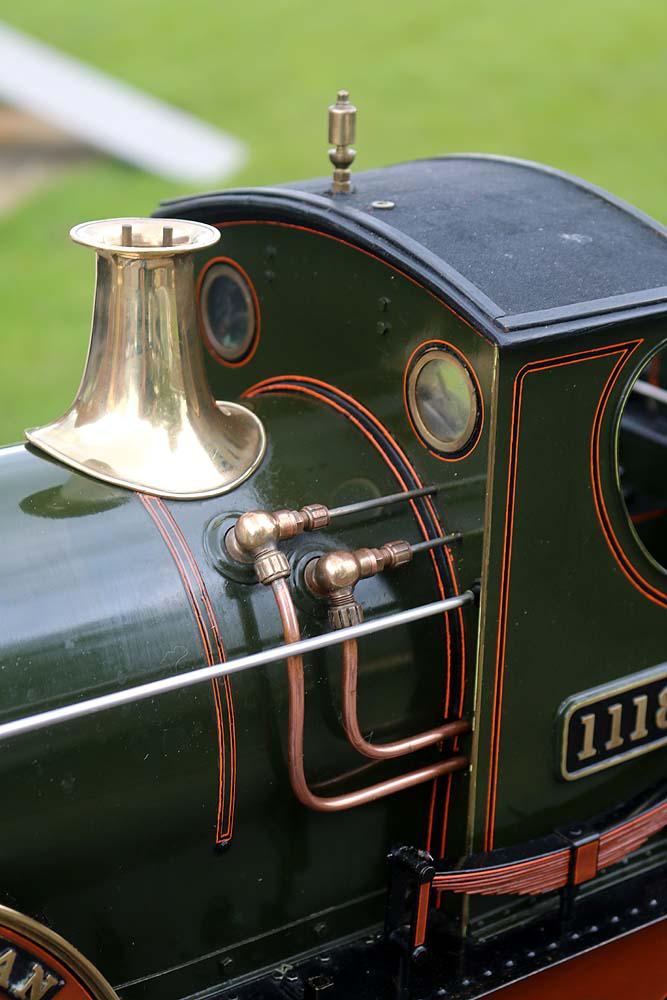 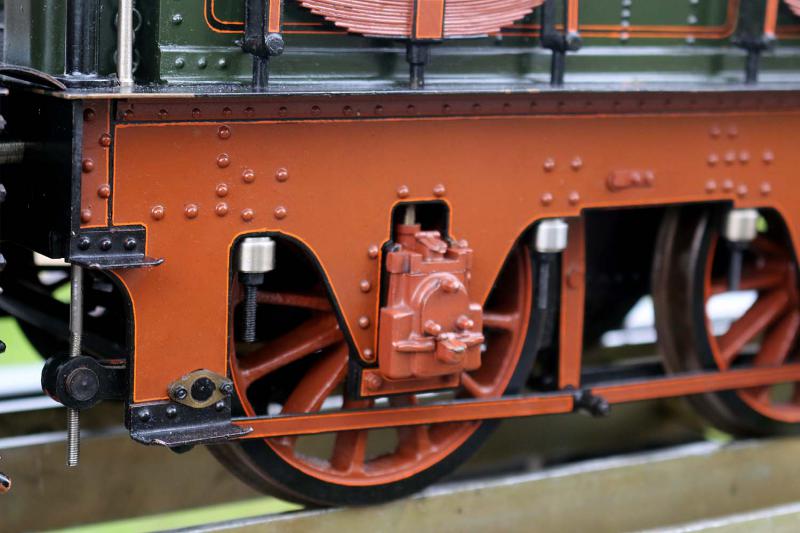 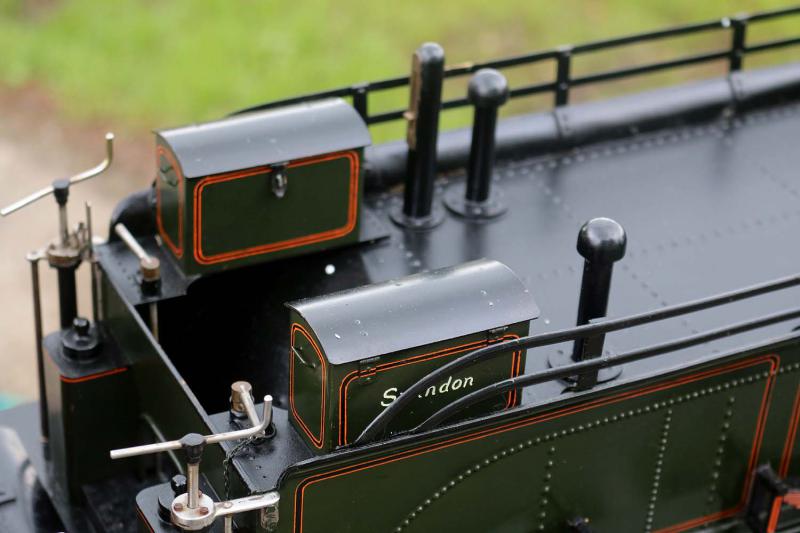 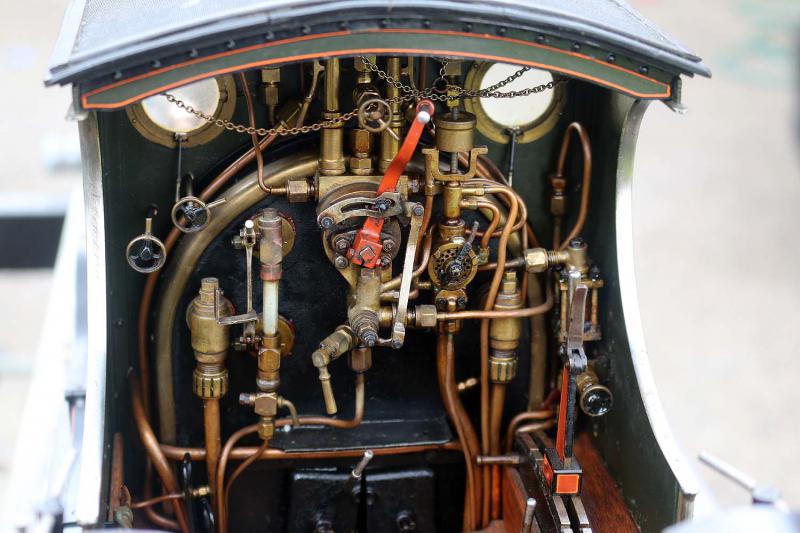 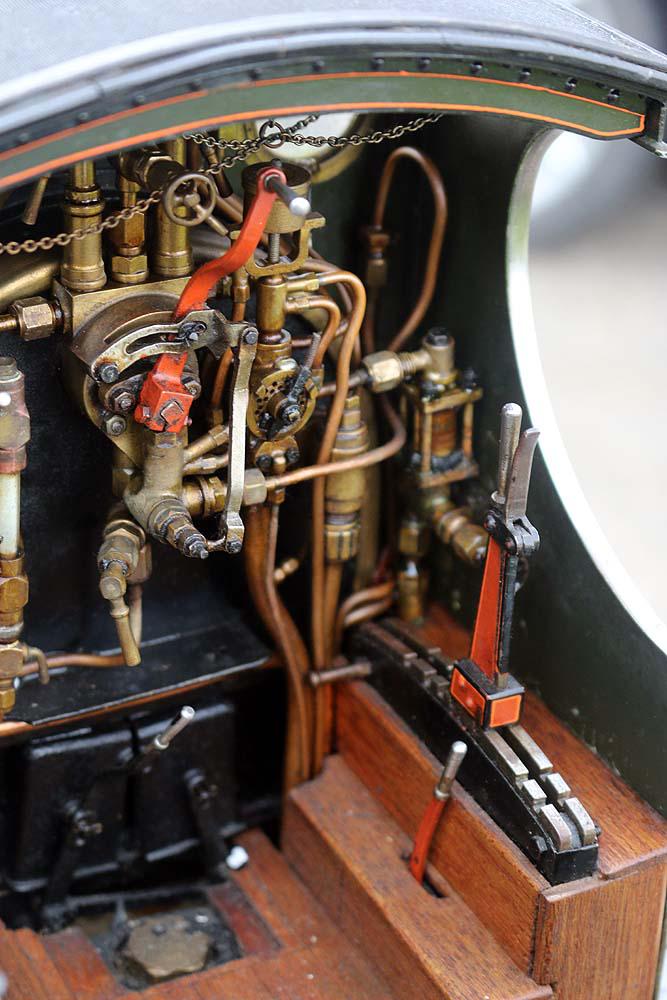 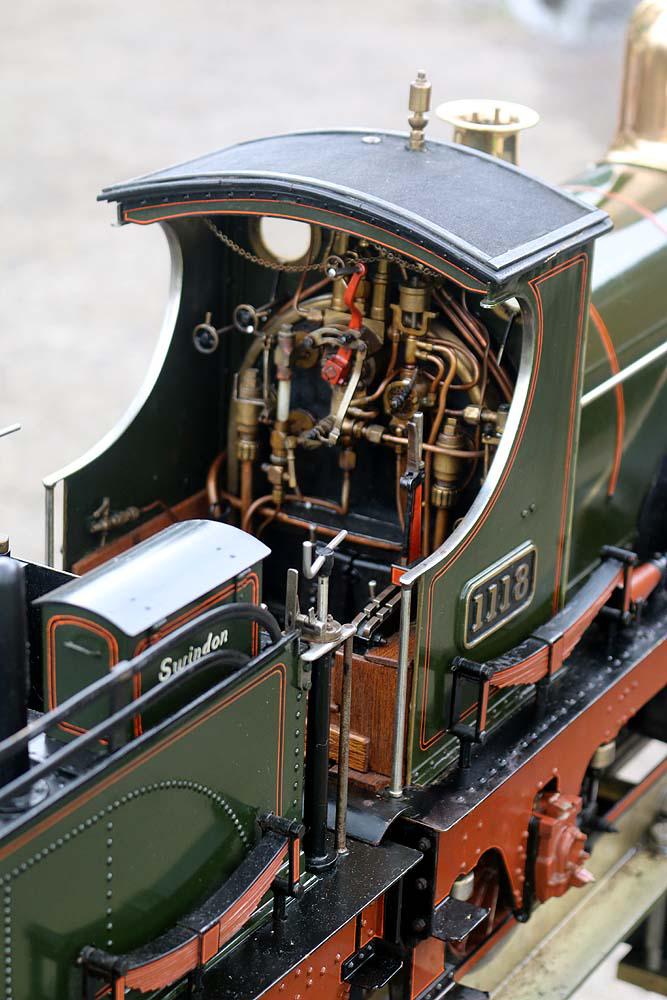 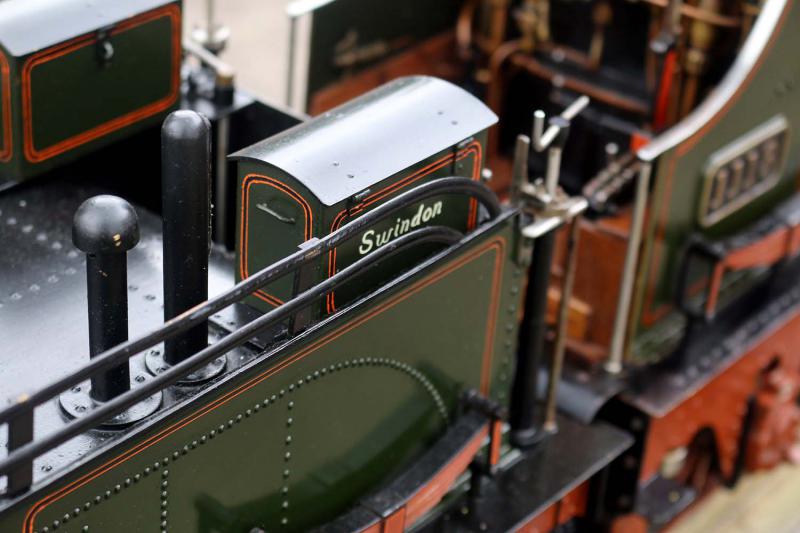 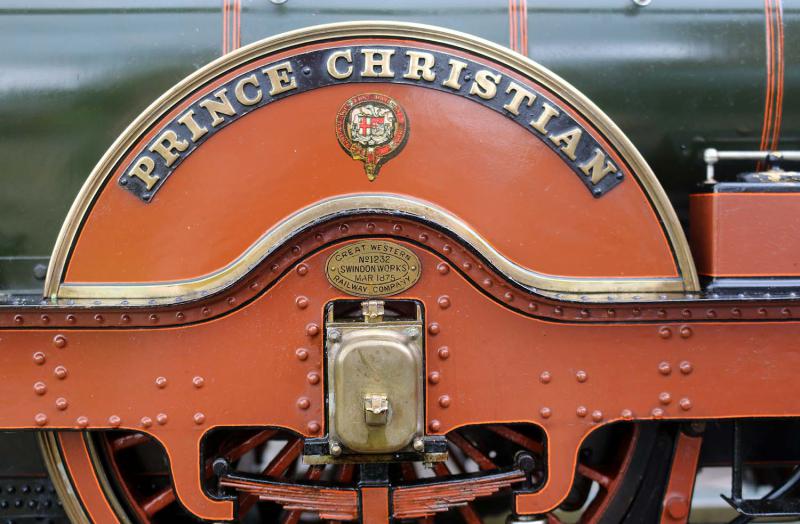 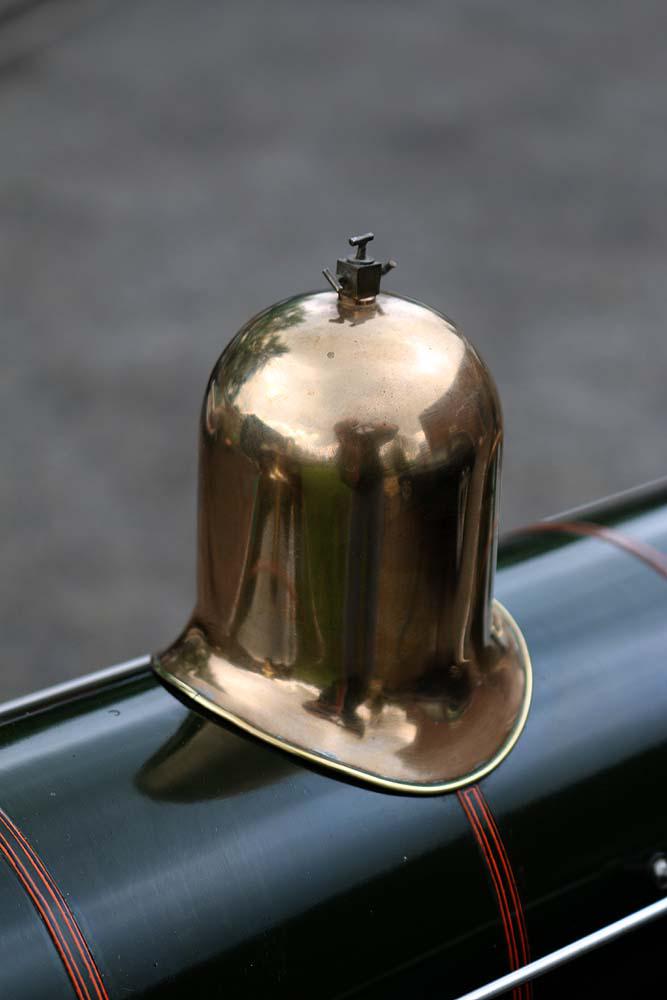 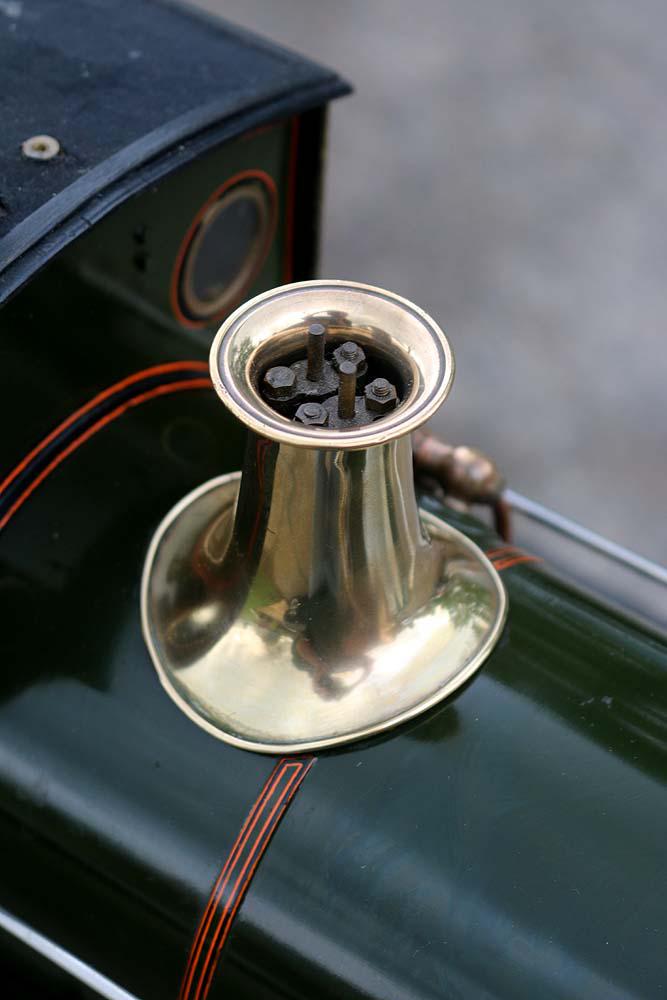 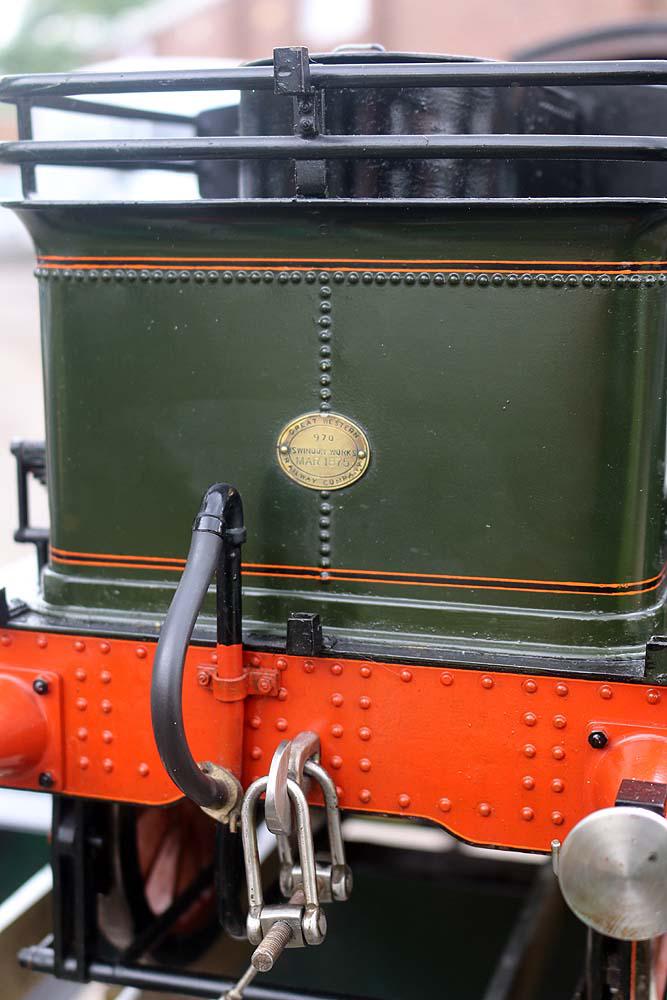 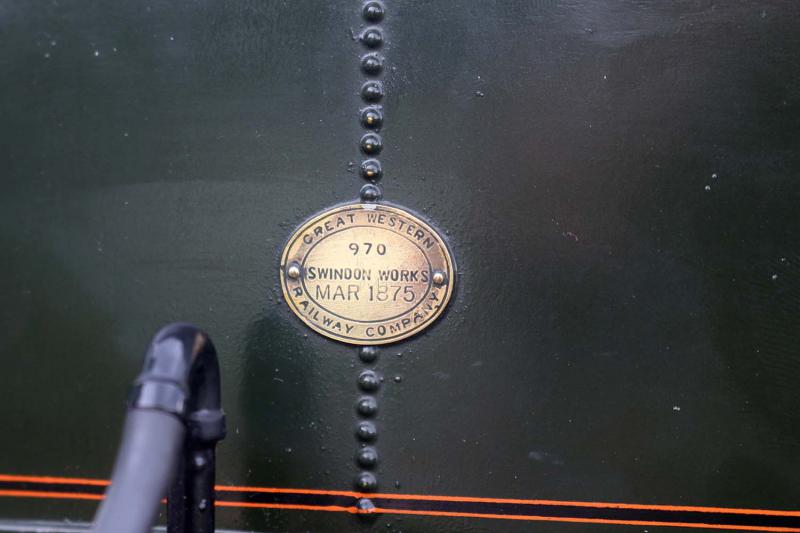 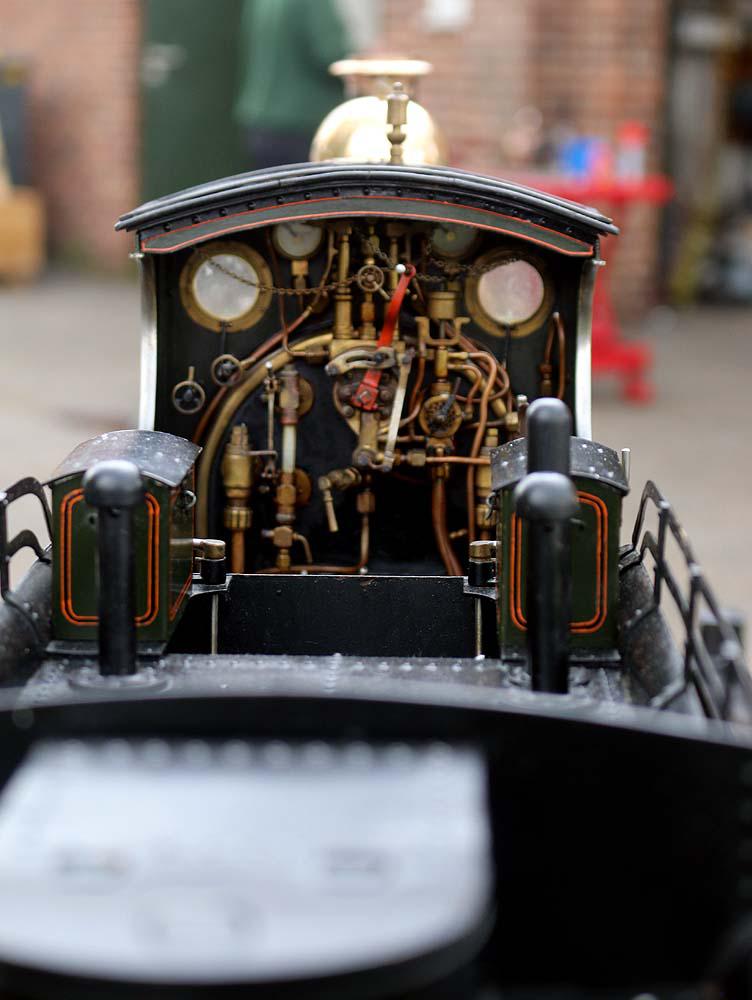 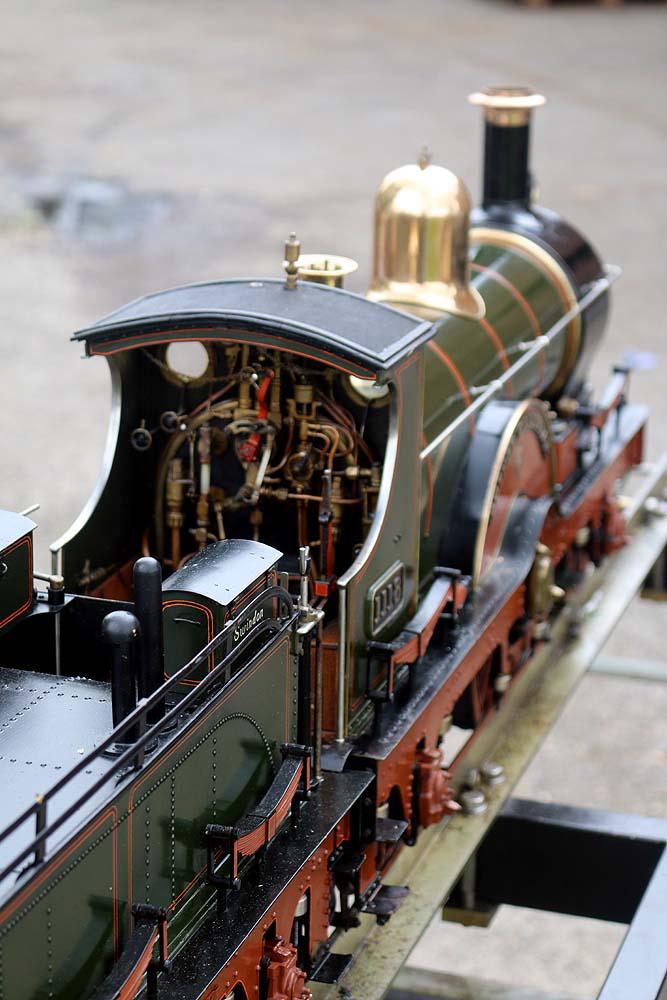 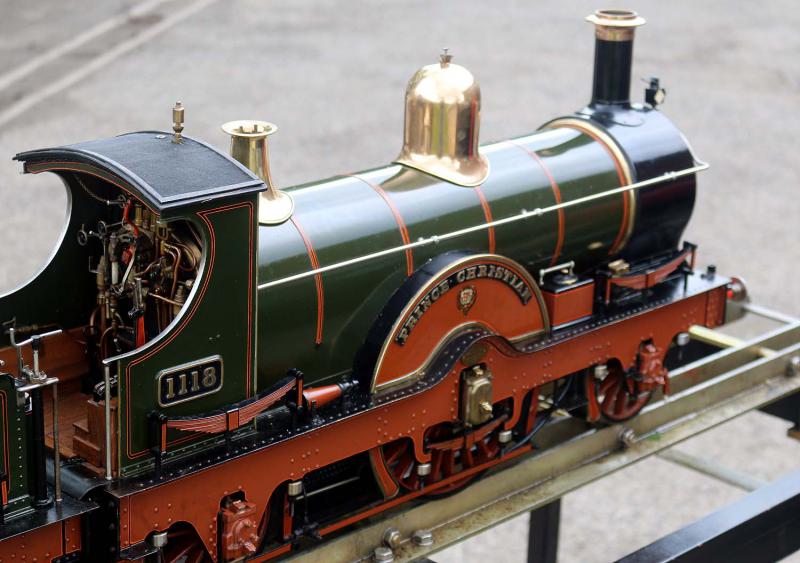 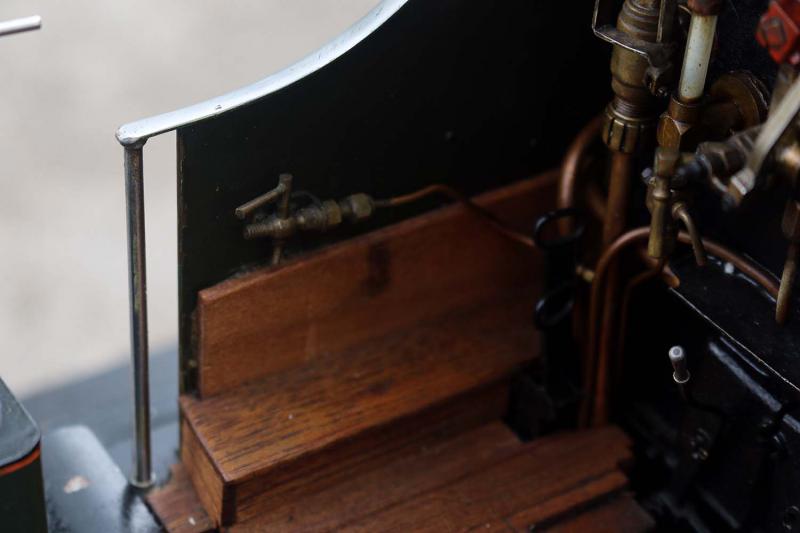 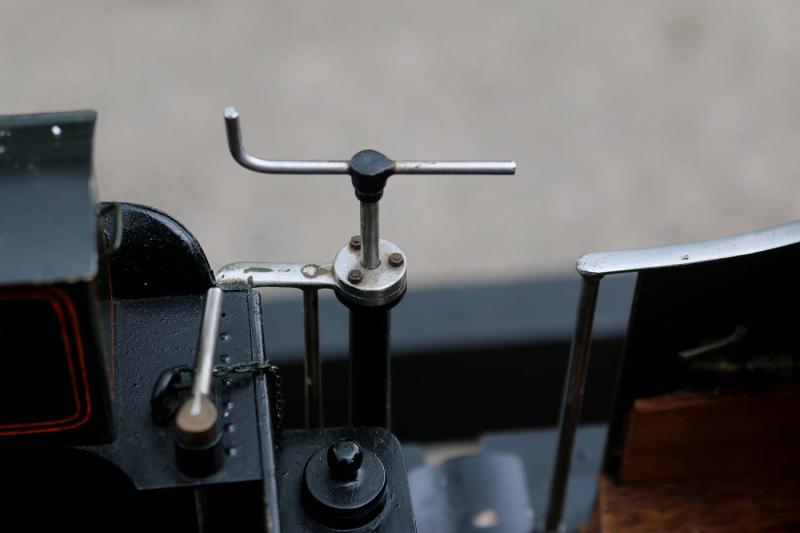 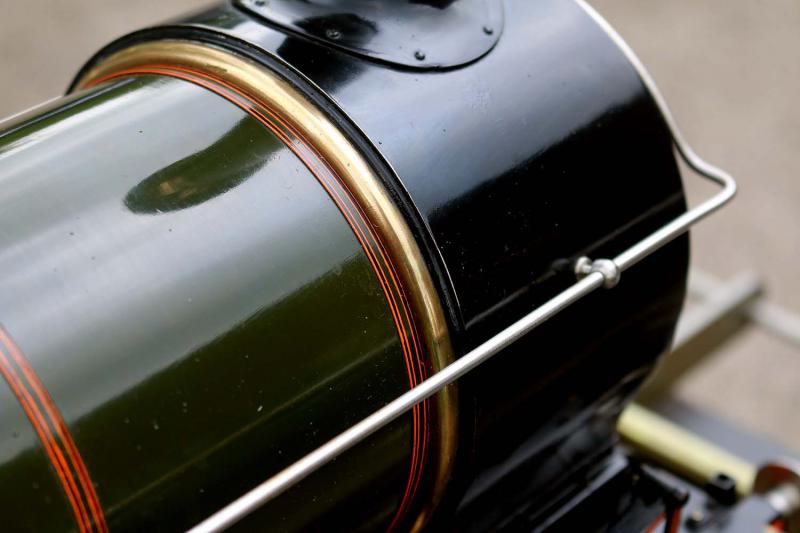 A very finely made model of the Great Western "Queen" class 2-2-2 "Prince Christian", designed by Armstrong and built in 1875. The pictures tell pretty much the whole story about this one so my description will be brief - built to works drawings, highly detailed throughout including a beautifully fitted backhead, re-railing jack mounted on the running board, brick arch in the firebox, slacking pipe, tender water scoop... The list goes on.

Previously the property of a gentleman who, after Eton, Oxford and The Guards became a director of Christies and head of their Old Masters department (he also found time to set up their Motor Car department). His interests included all things mechanical which extended to a fine collection of model locomotives and traction engines, several vintage racing cars which he campaigned with great style and ability (including the legendary ERA "Remus") and vintage aeroplanes (including a Mk1a Spitfire which he flew regularly).

This one came to us with the remains of a fire in the ashpan - the owner died in 1986, so the engine hasn't been run in at least 28 years although I suspect, with so many other toys to play with, the steam engines remained mainly works of art in the house. That said, we couldn't resist putting it on the rolling road where it ticked over on air in the sunshine this morning - there's a clip of it here, it runs every bit as well as it looks.