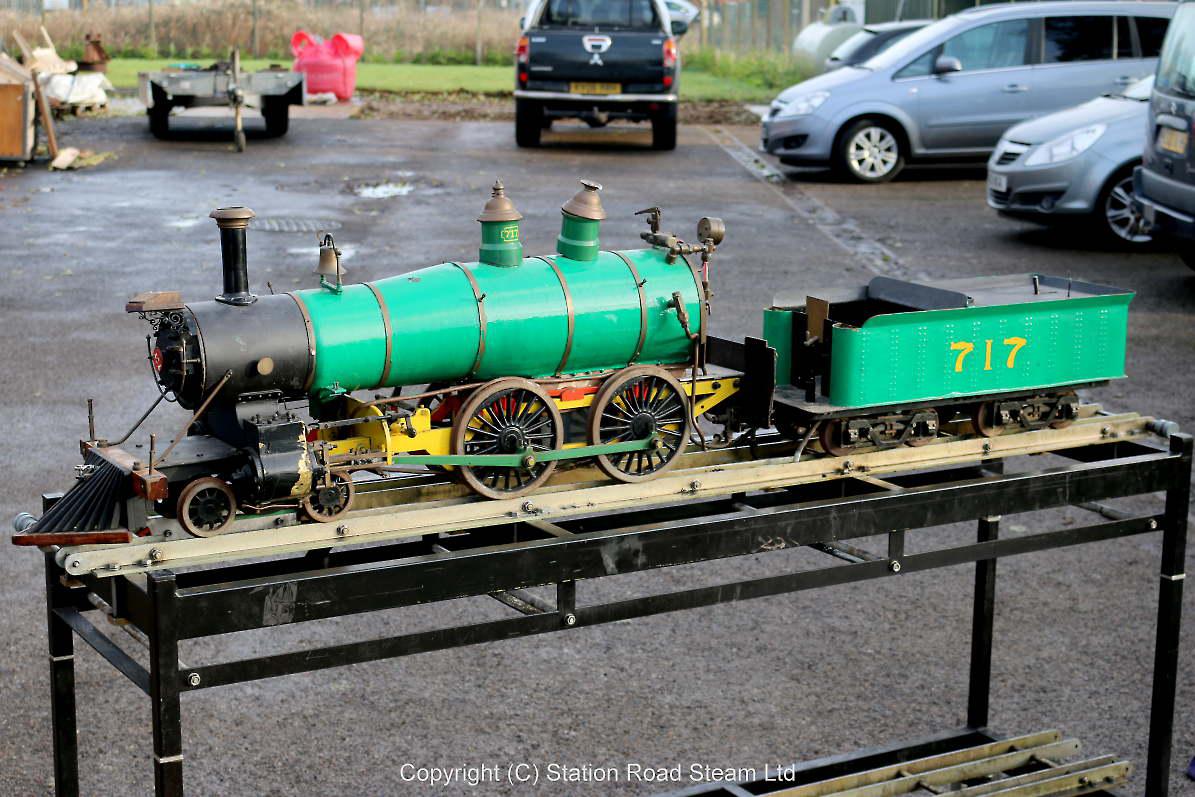 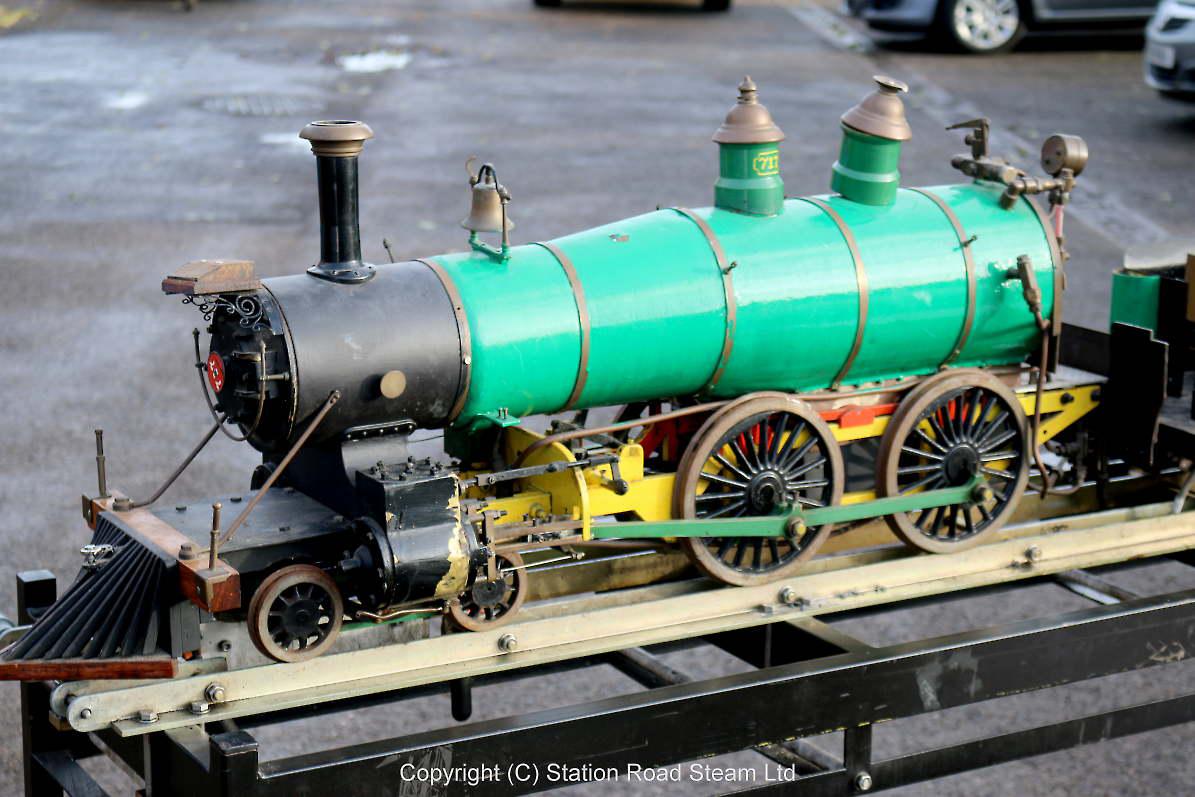 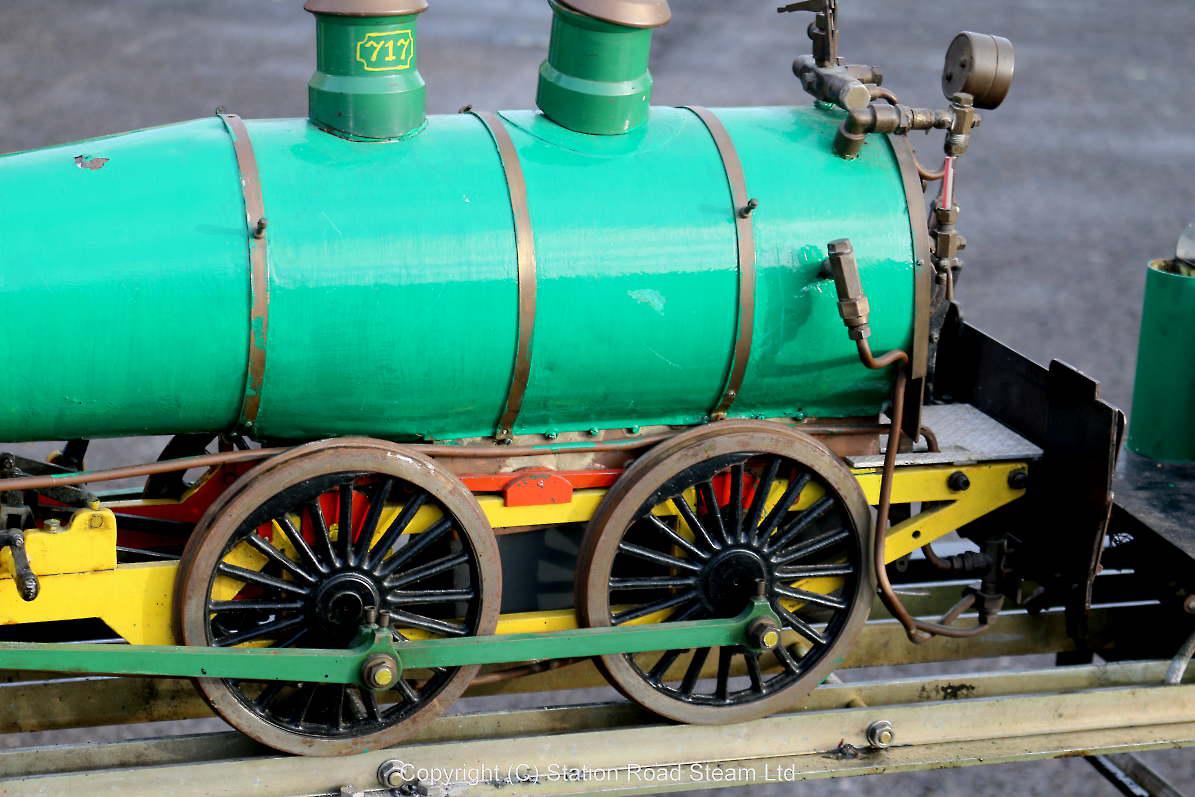 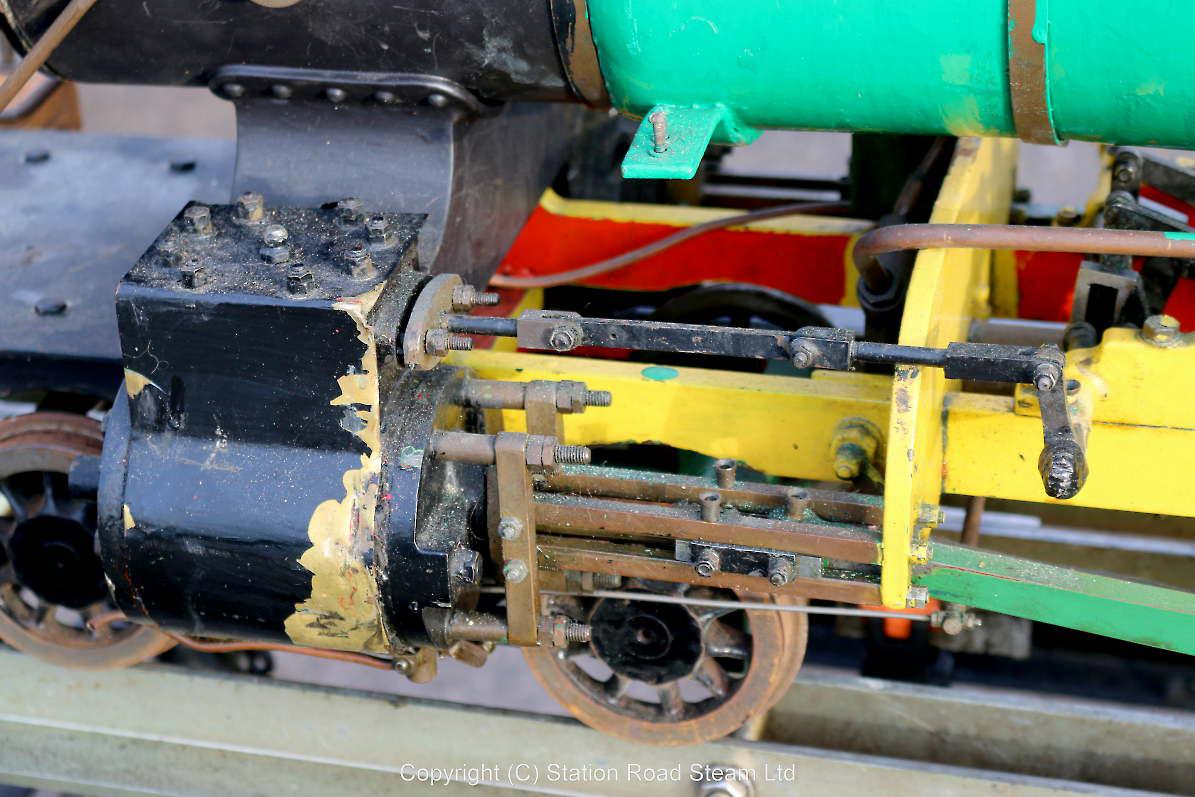 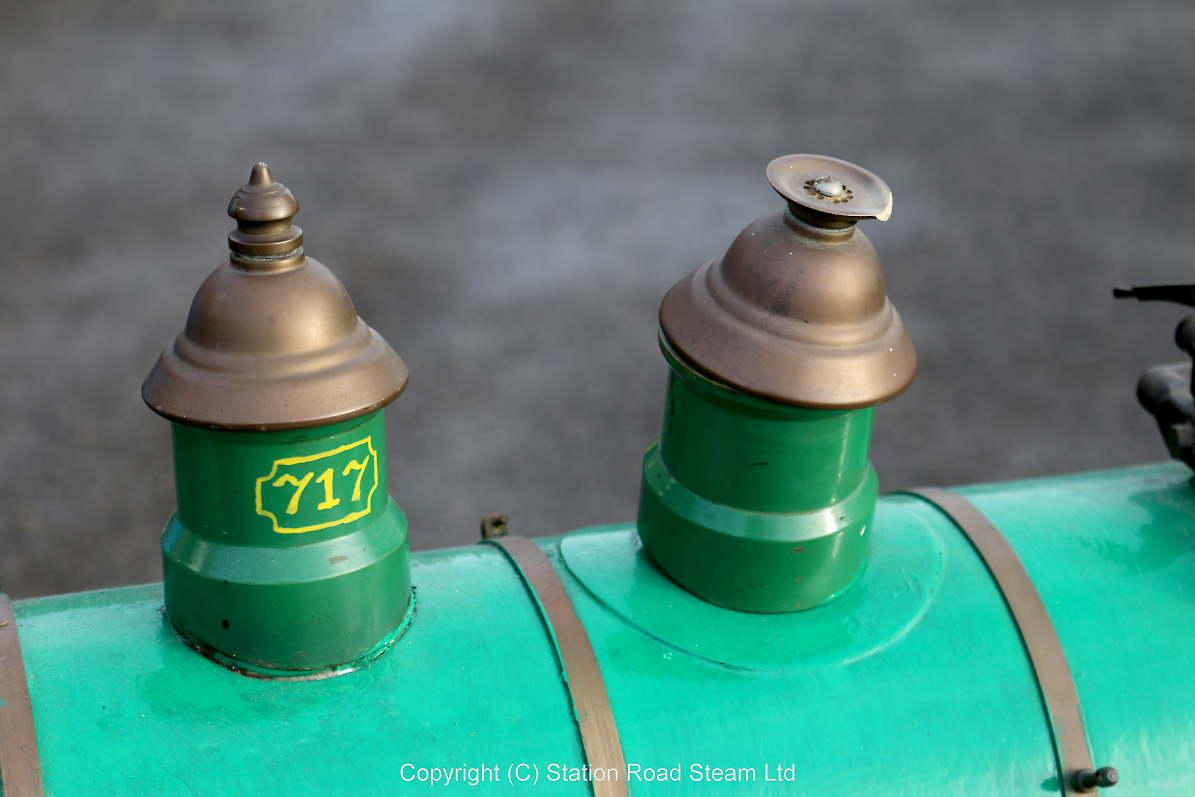 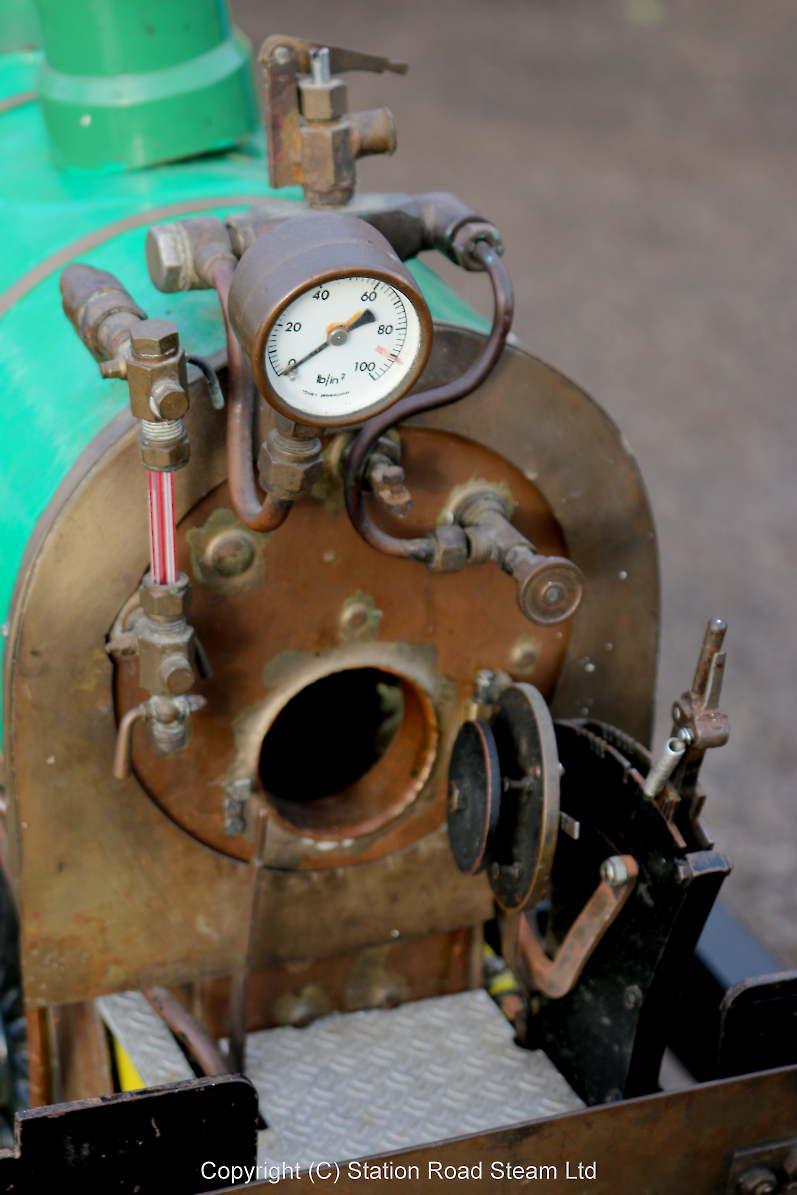 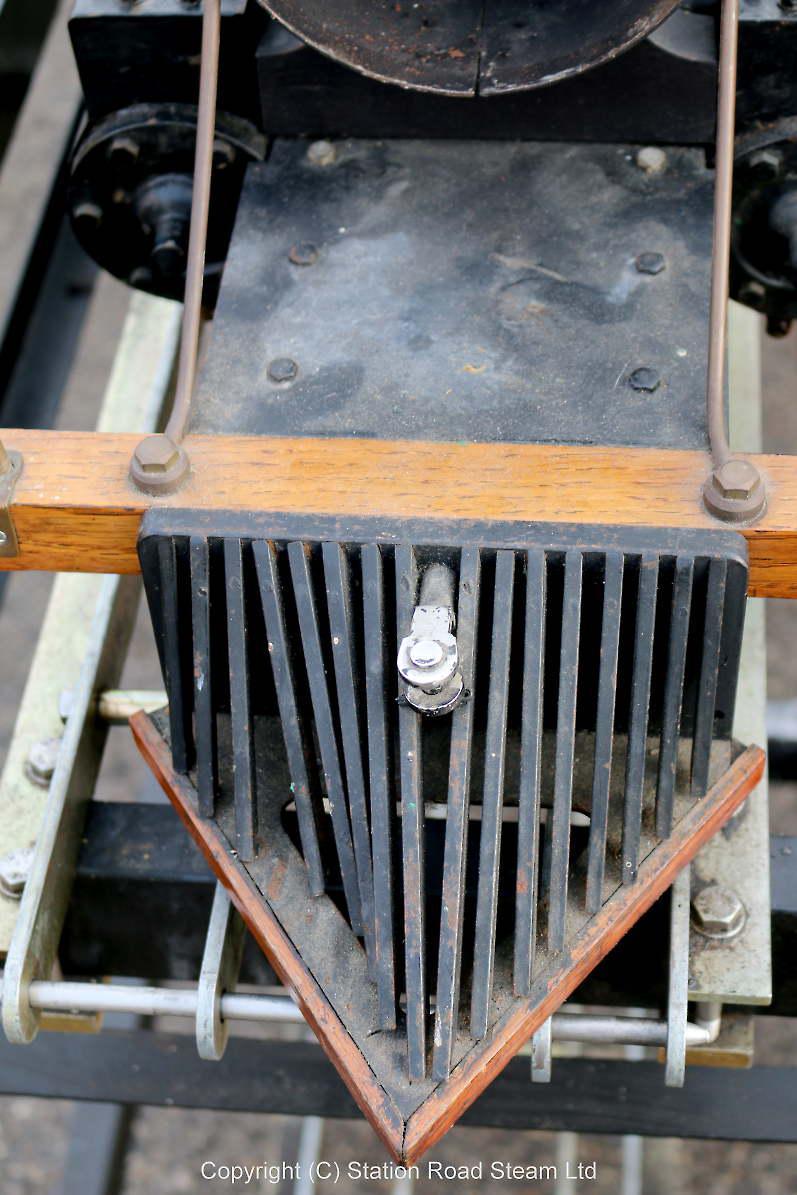 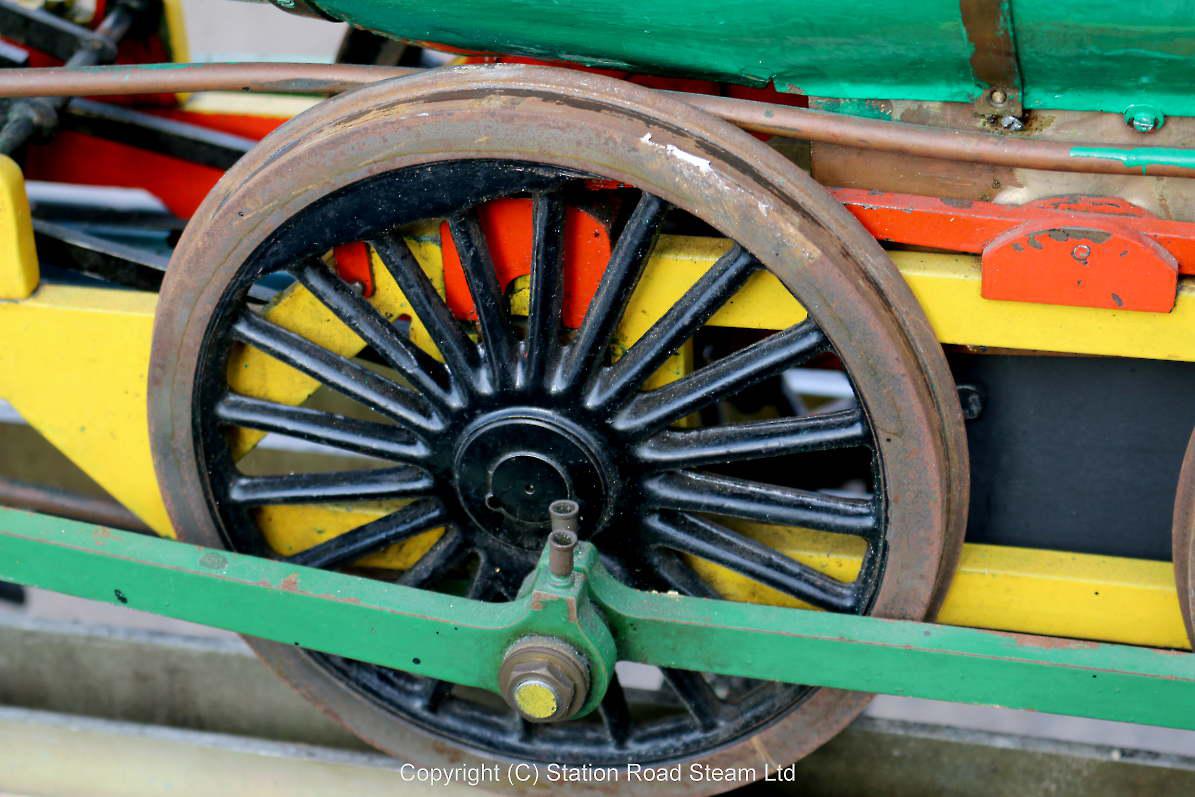 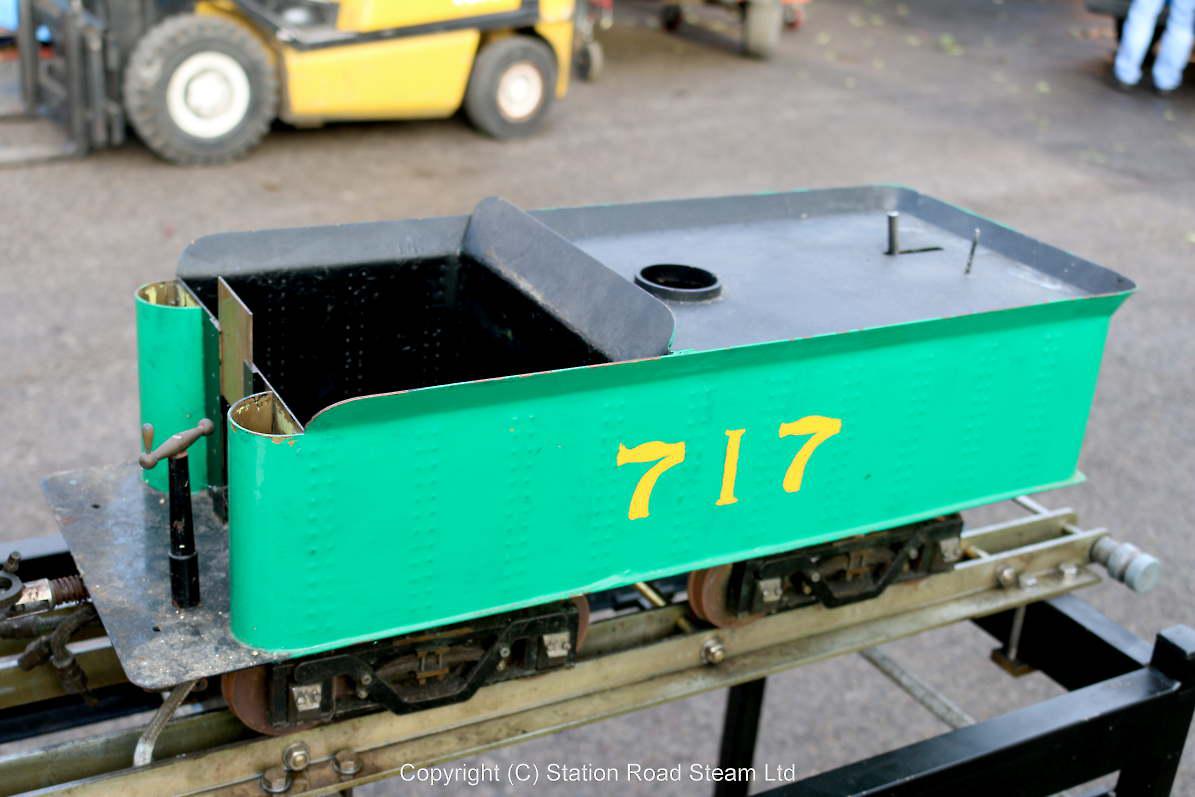 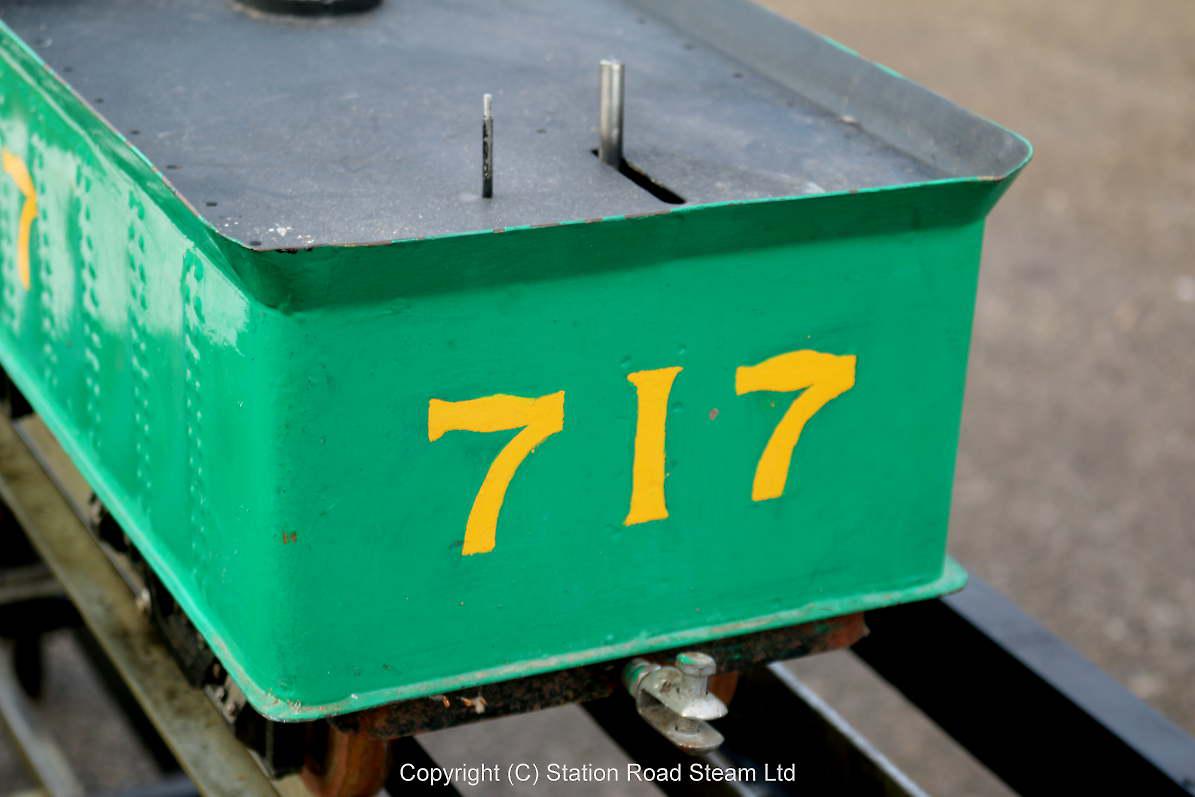 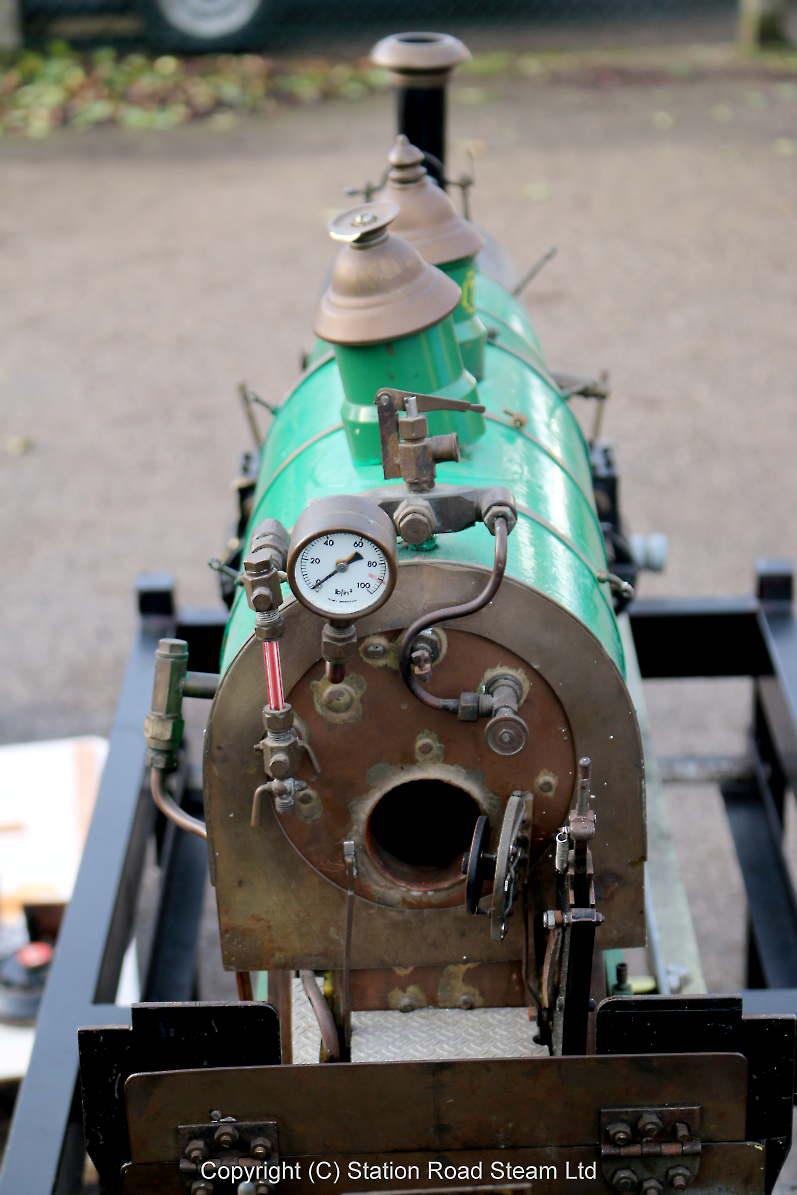 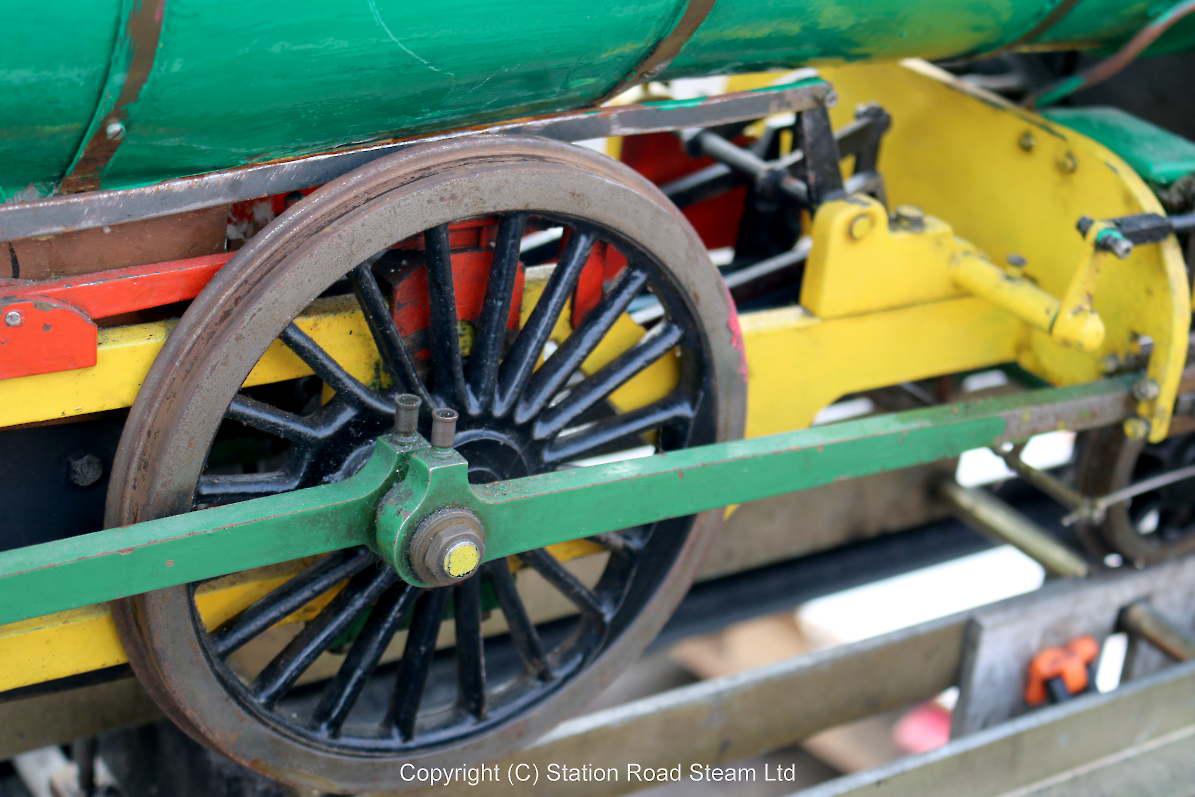 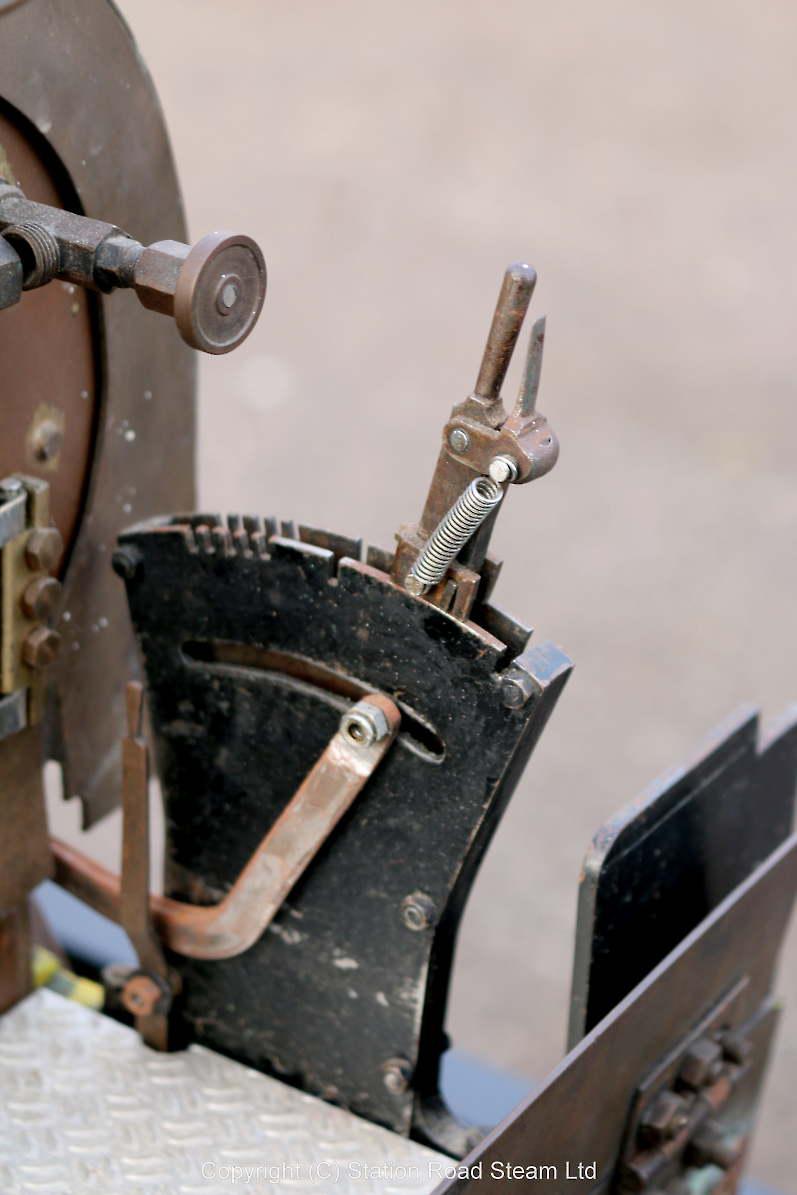 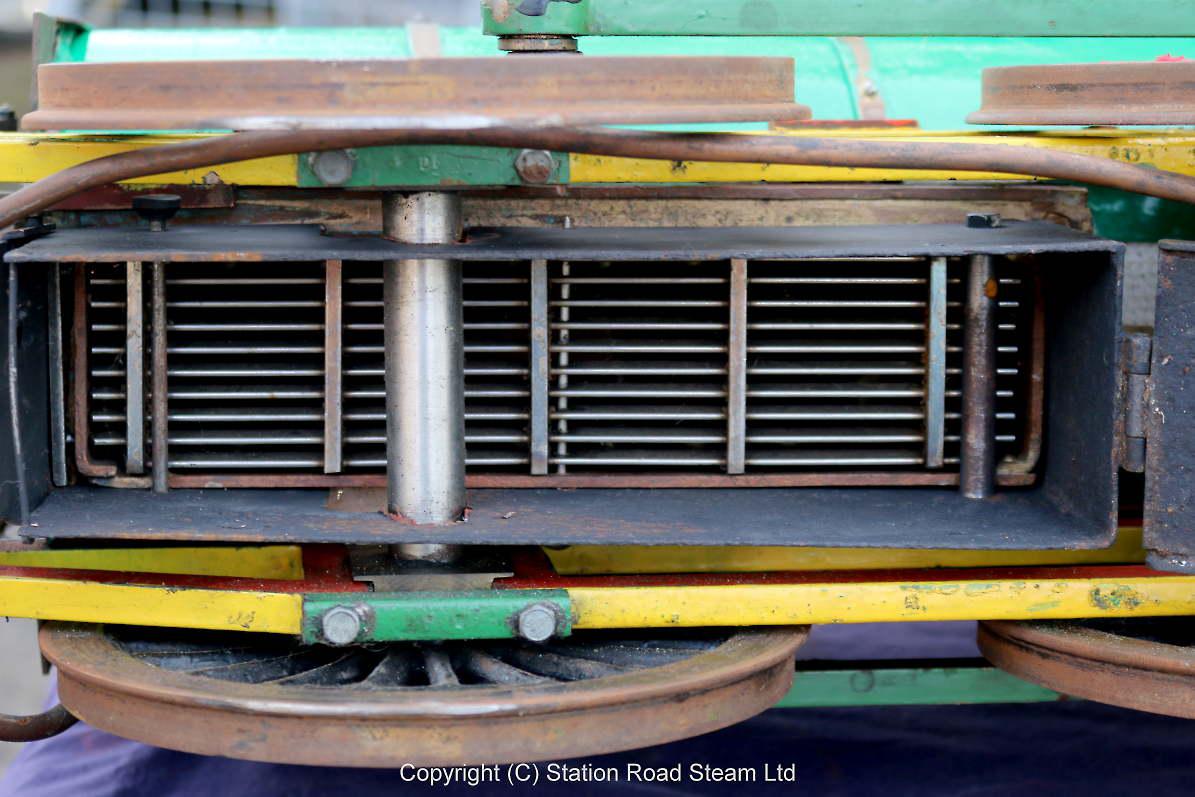 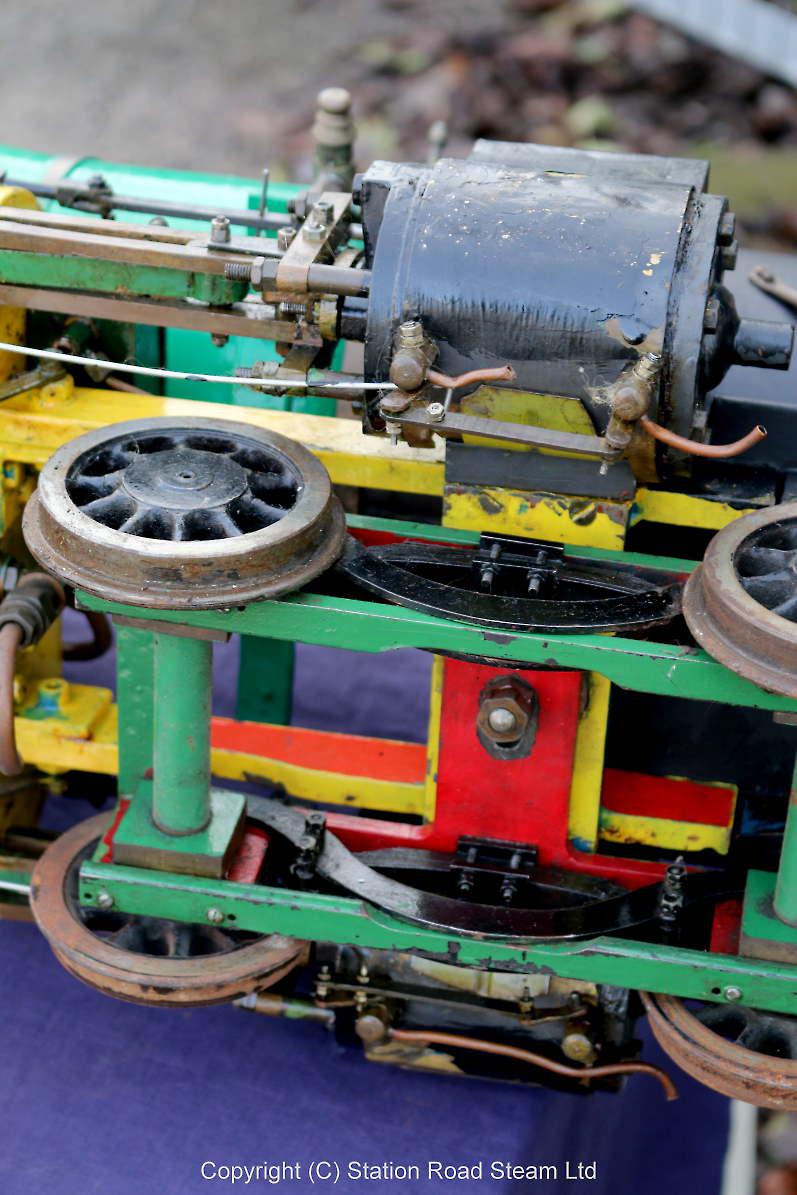 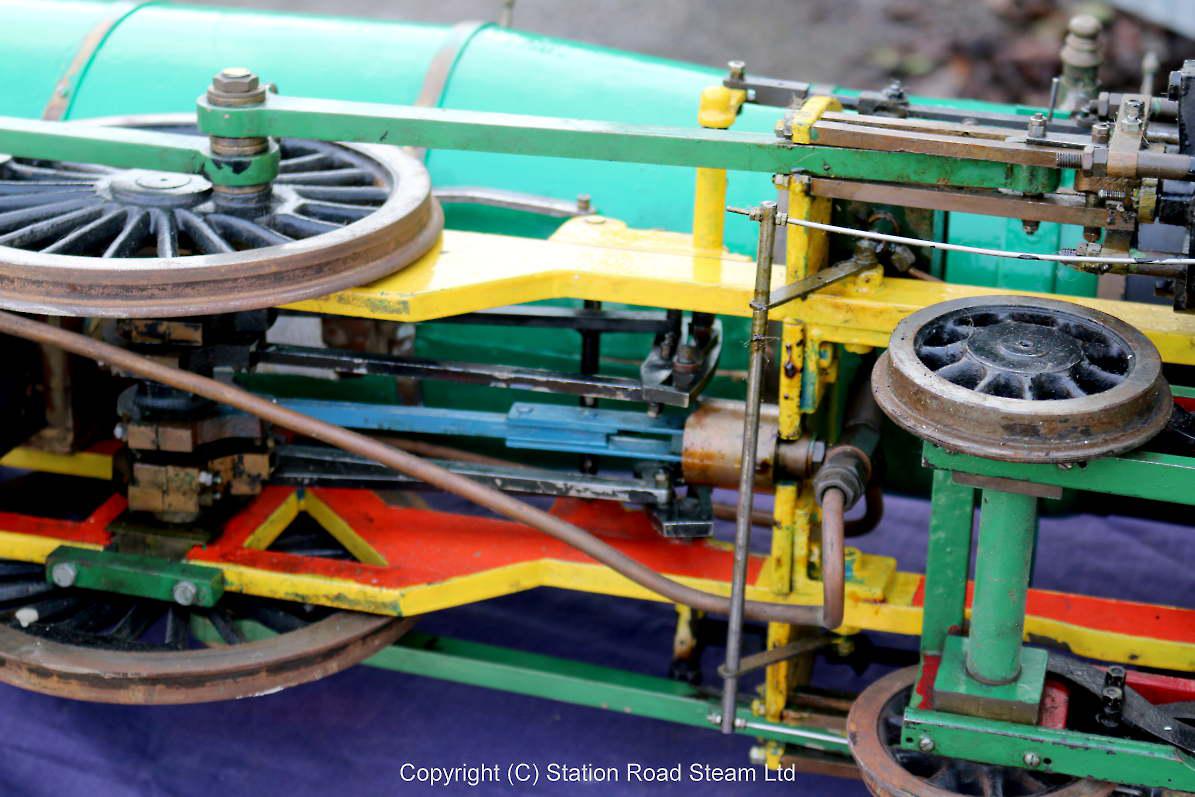 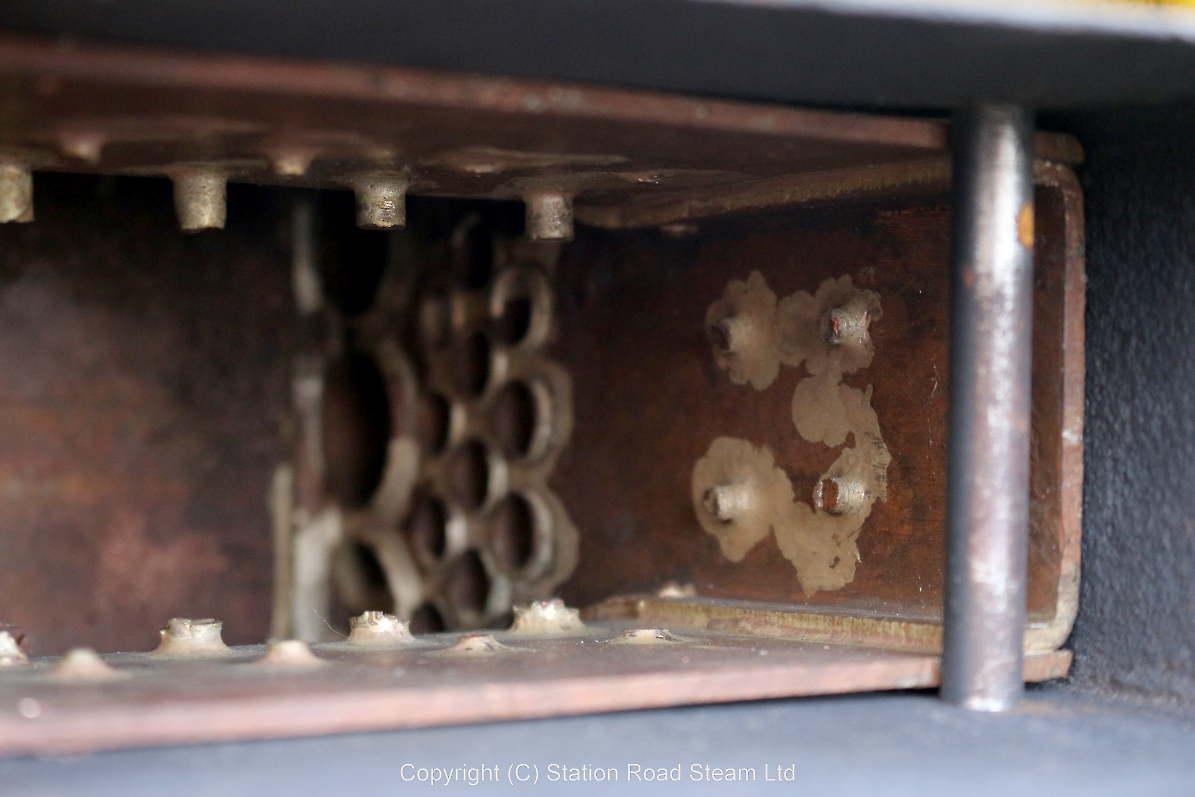 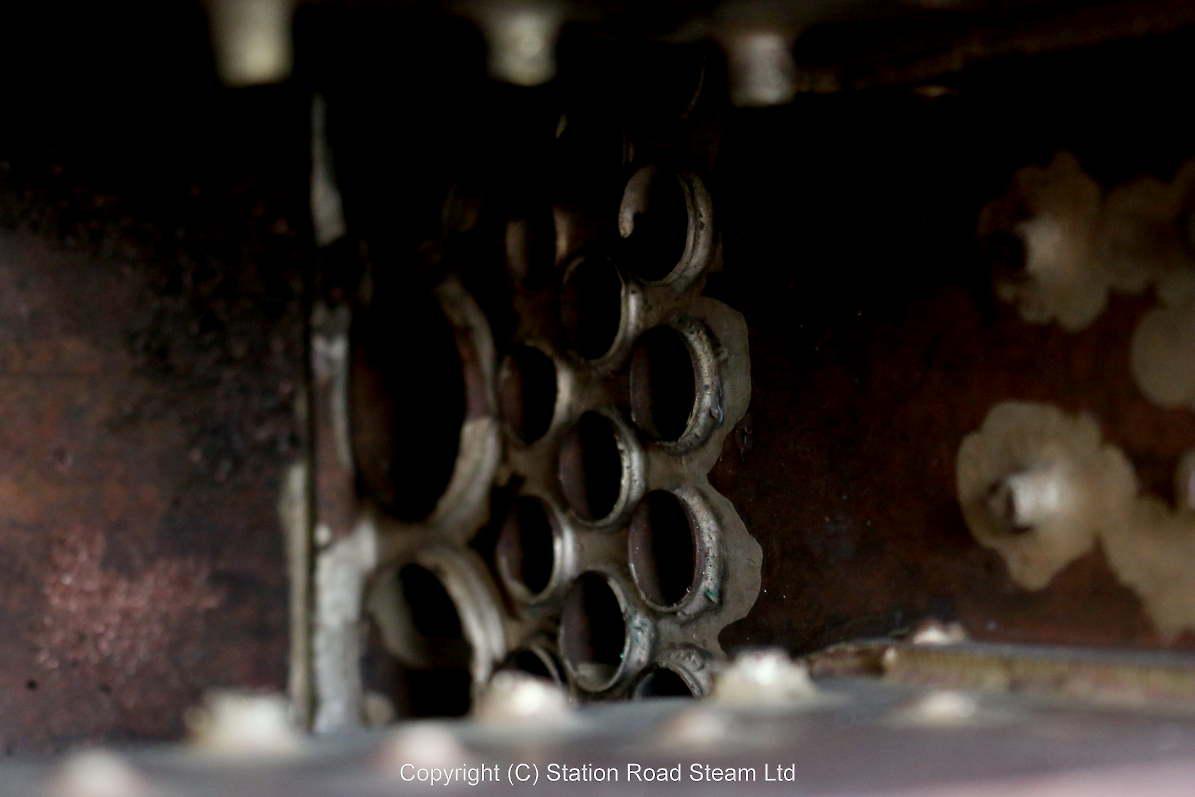 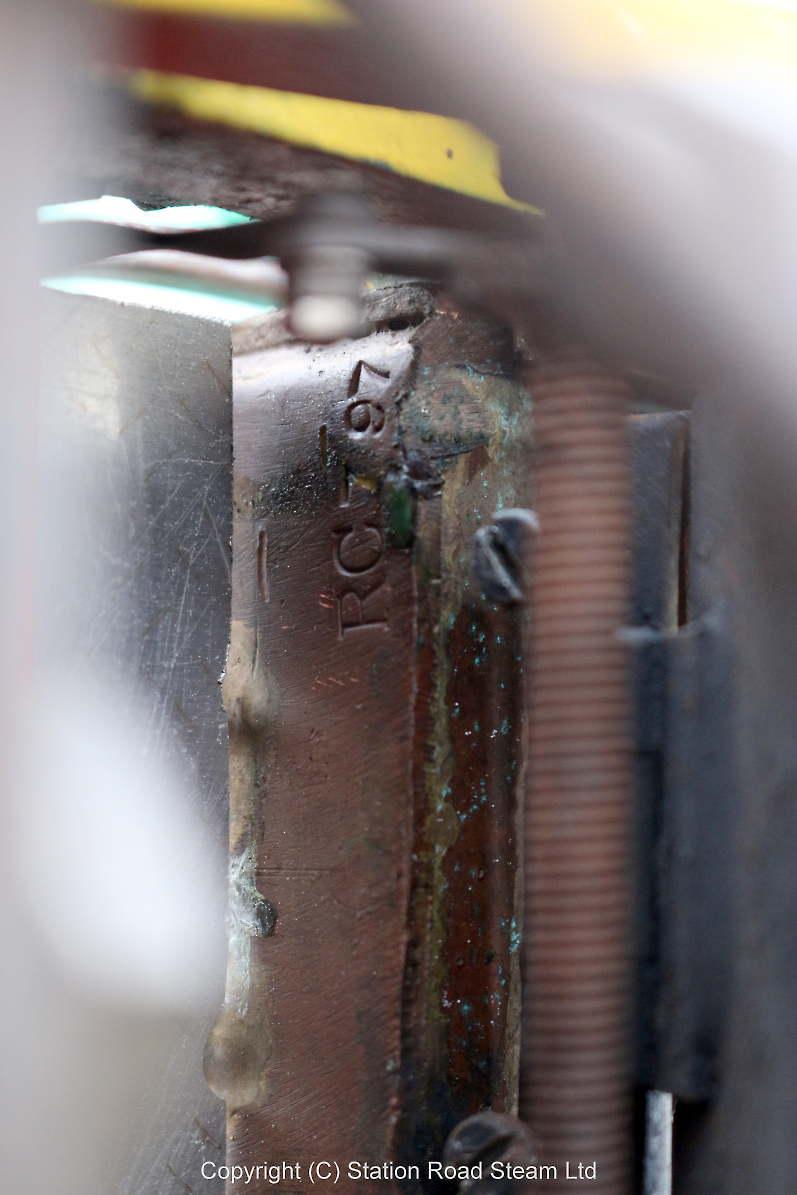 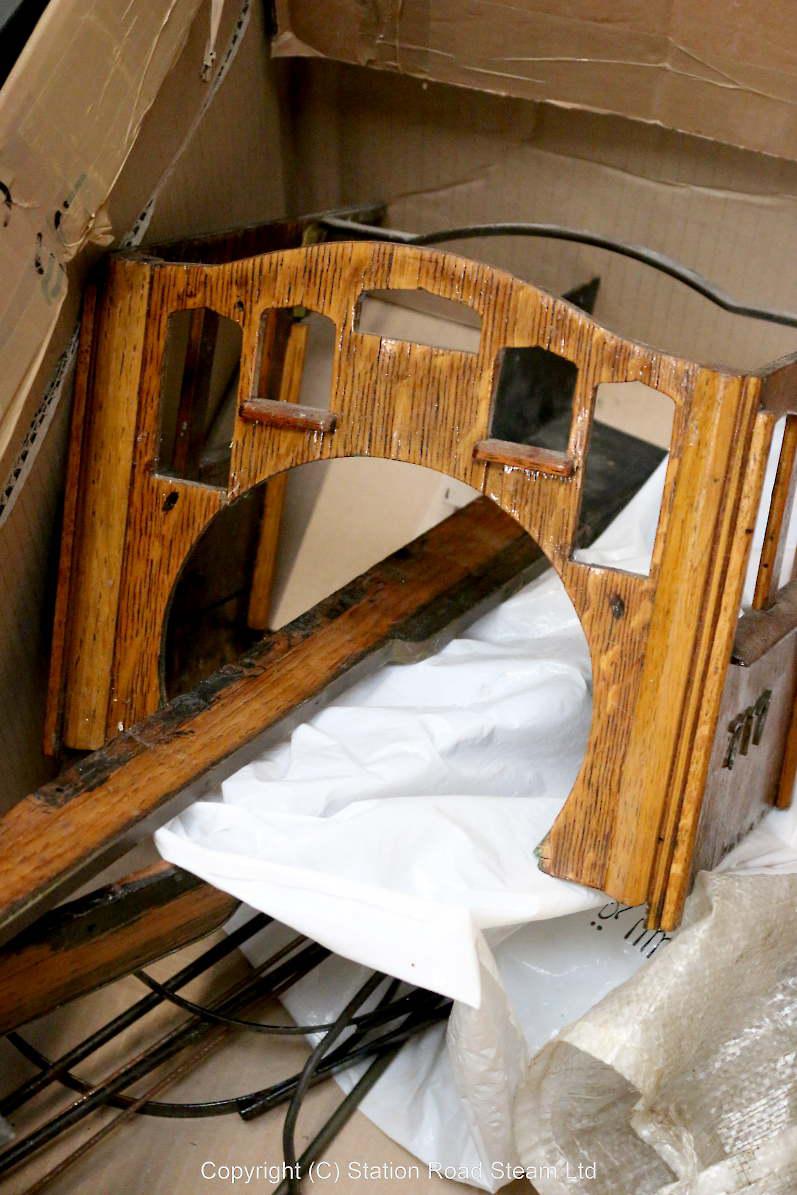 Underneath the garish paintwork and surface rust, there's an interesting project lurking here. An older engine with new copper boiler by the estimable Mr Chambers of Weymouth, silver soldered construction, supplied new in 1997. It looks as if the project stalled some time after painting and installtion of the new stainless steel grate, but before reassembly. The engine rolls along freely and appears largely complete.

It really wants stripping and repainting - it would make a good-sized engine for next season that could be made to look rather more appealing than you see it here. Another of those projects that wants time rather than money spending on it.