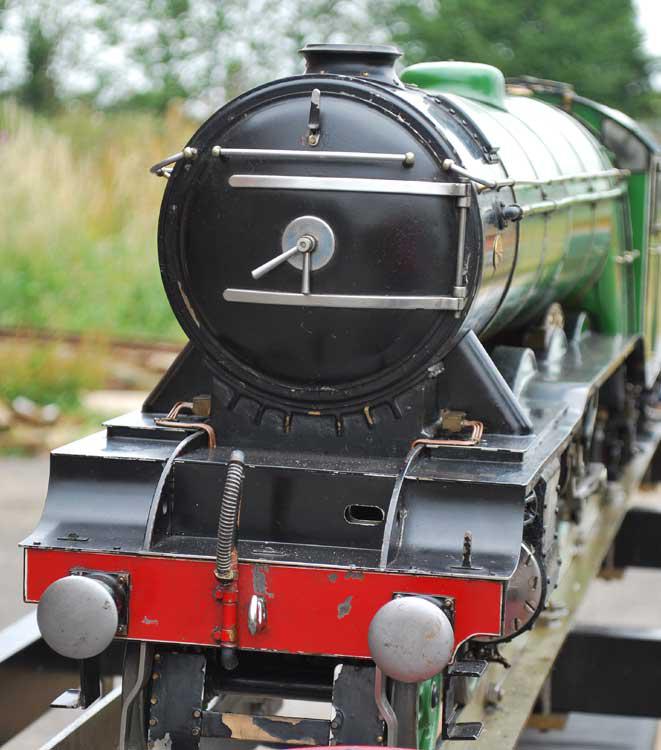 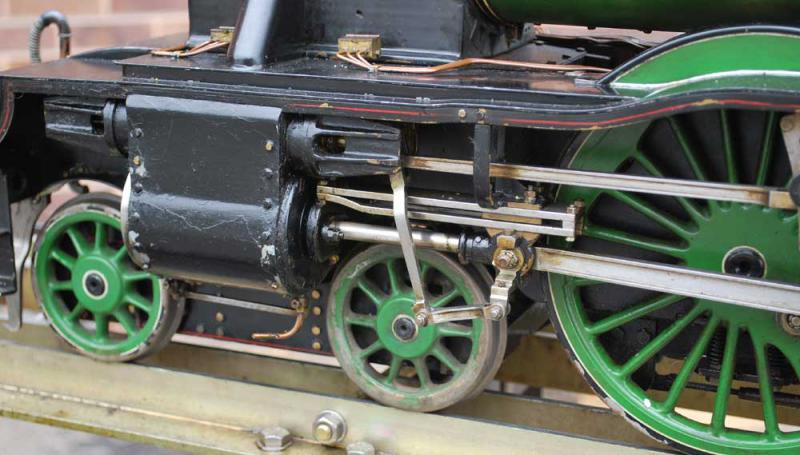 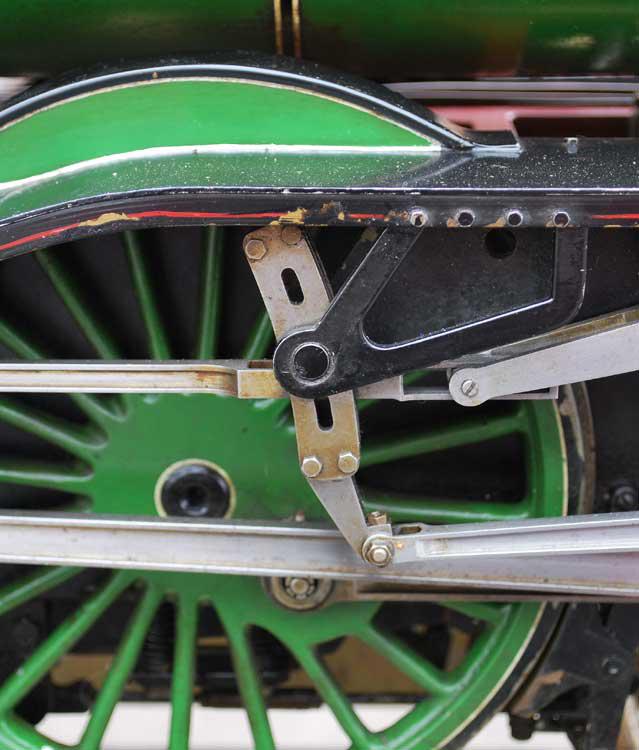 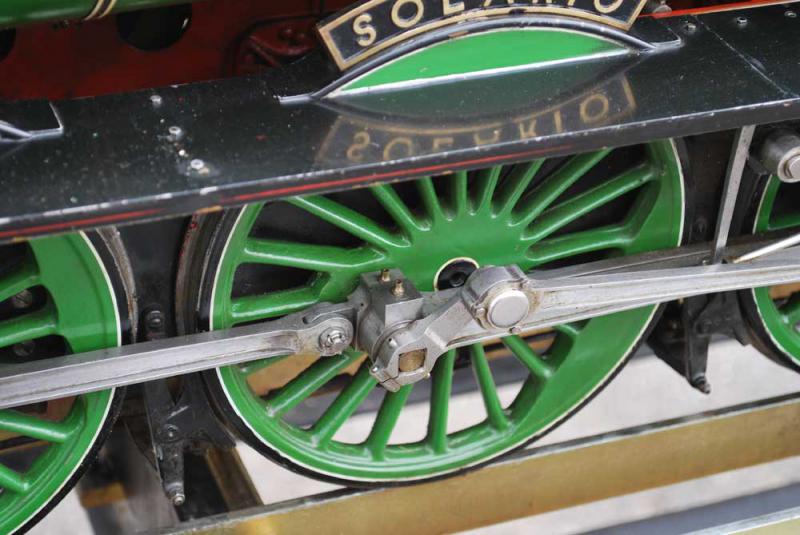 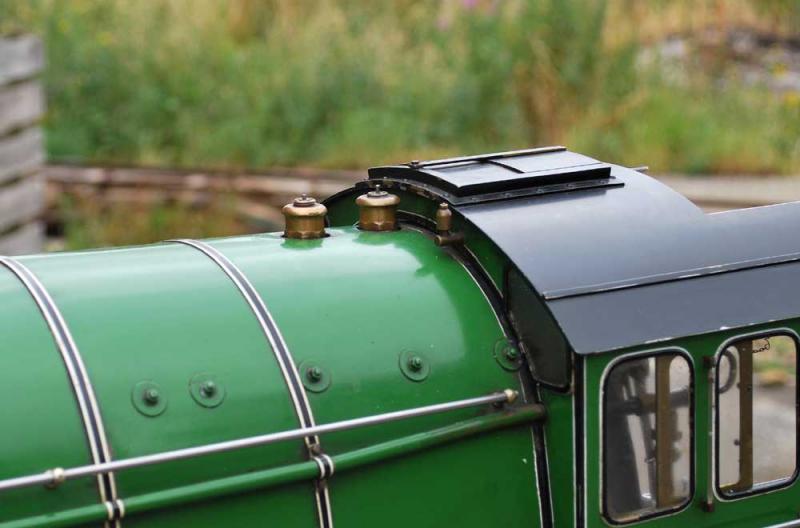 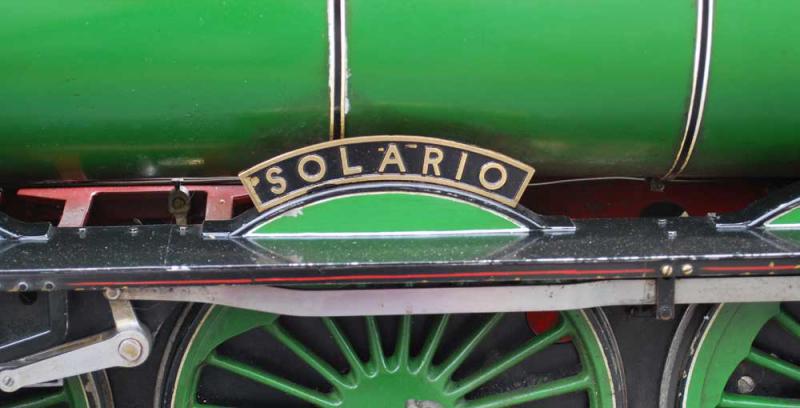 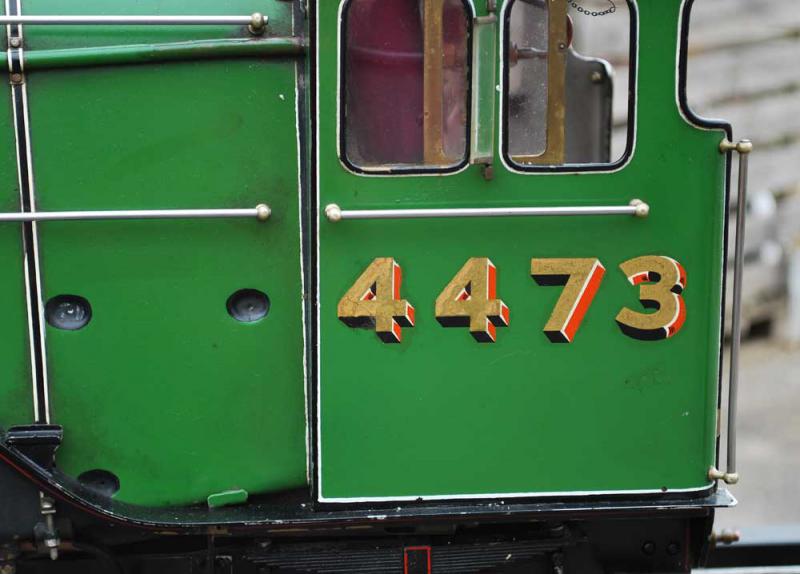 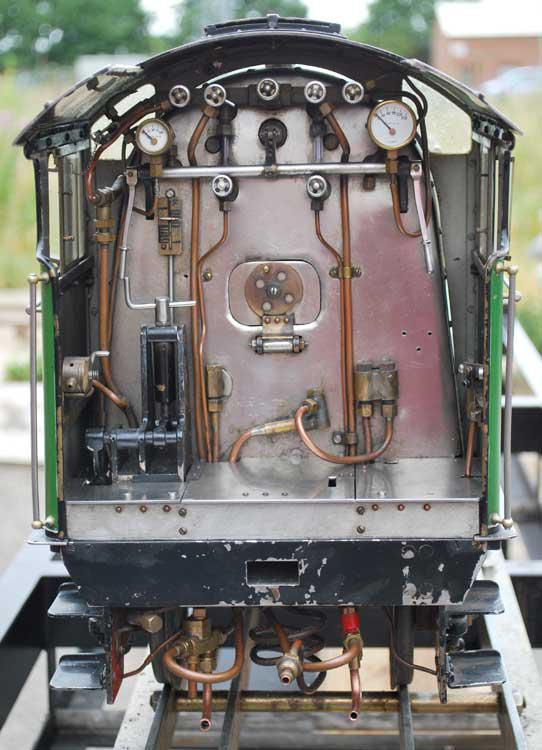 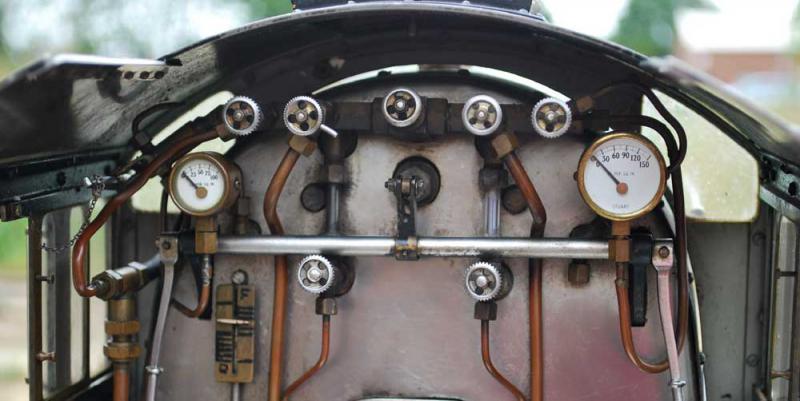 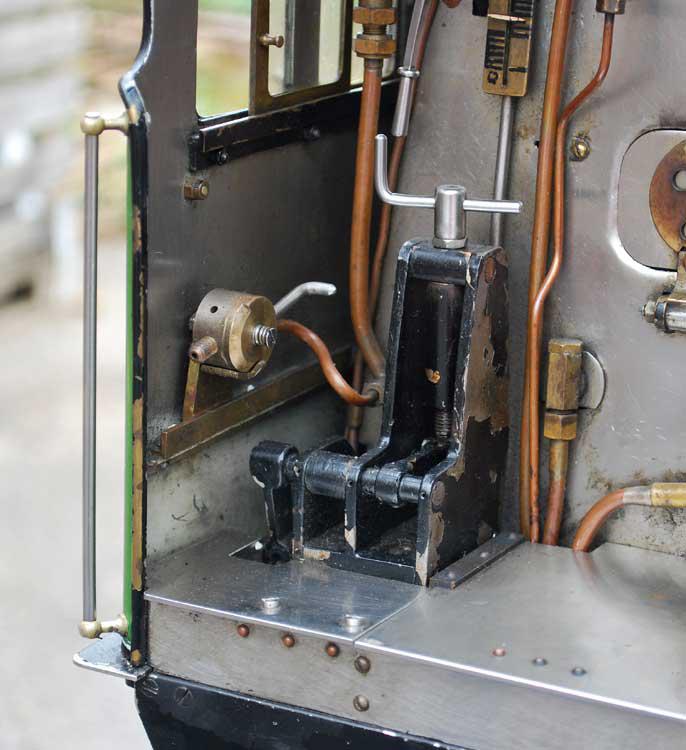 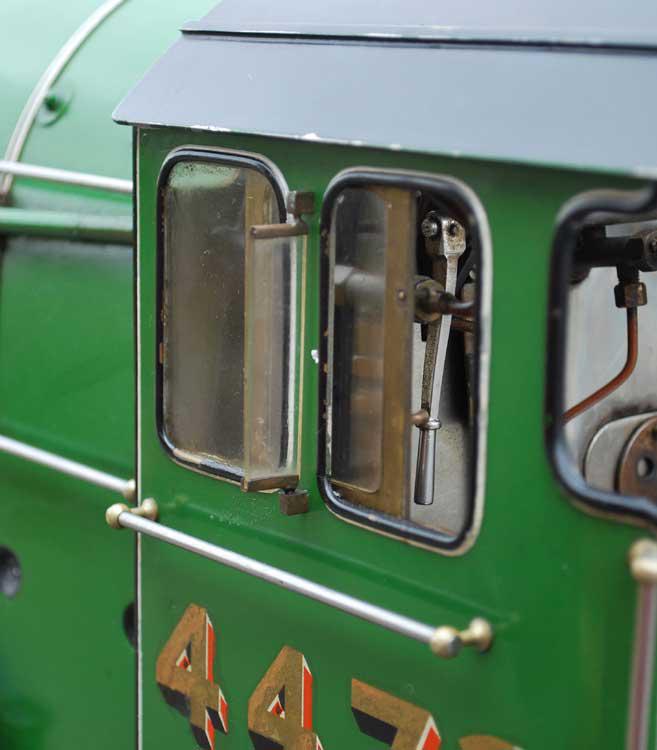 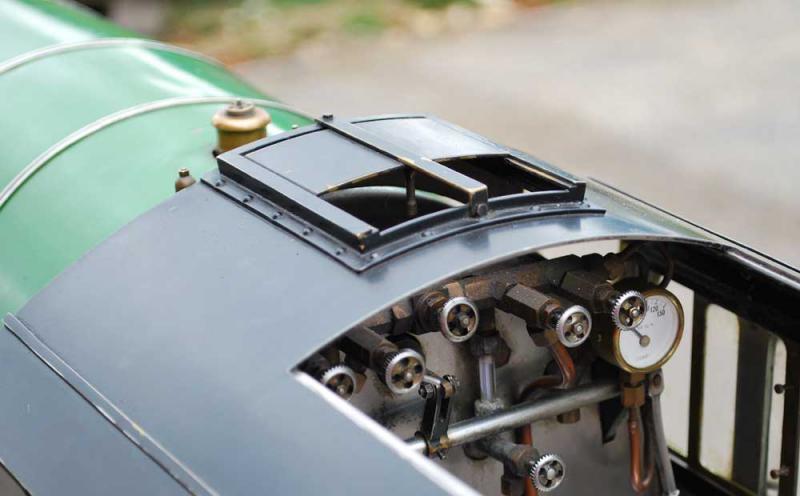 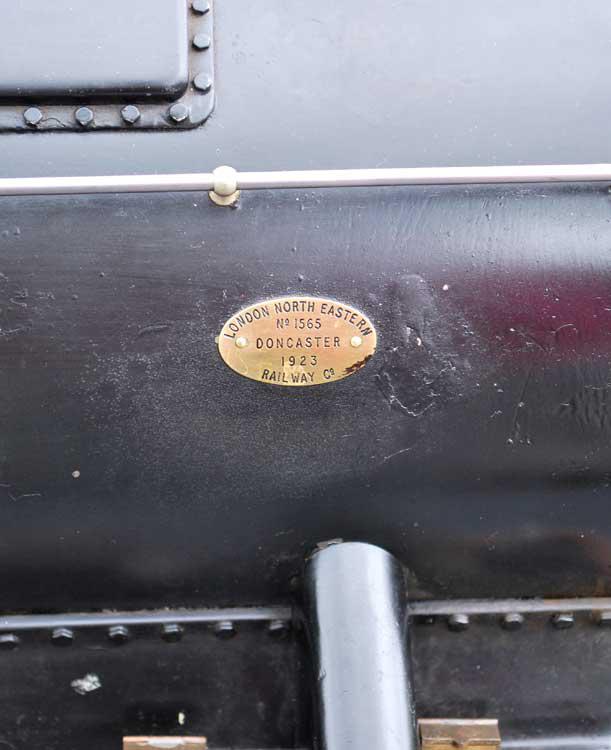 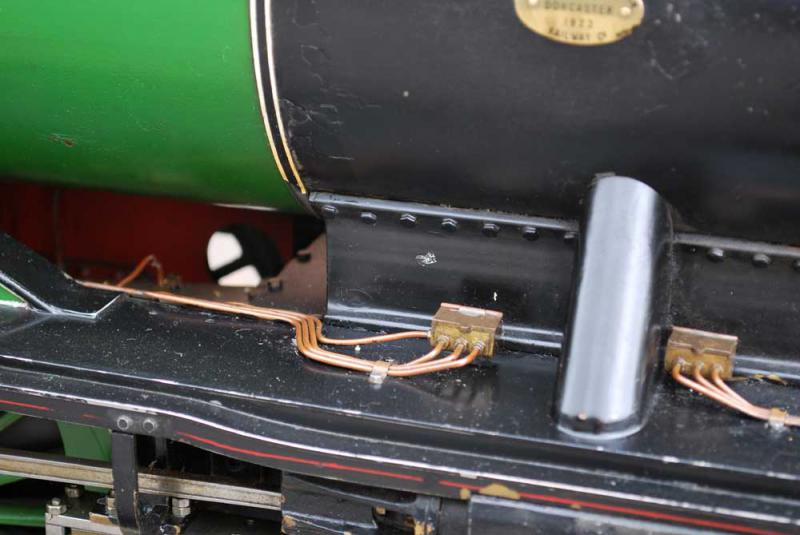 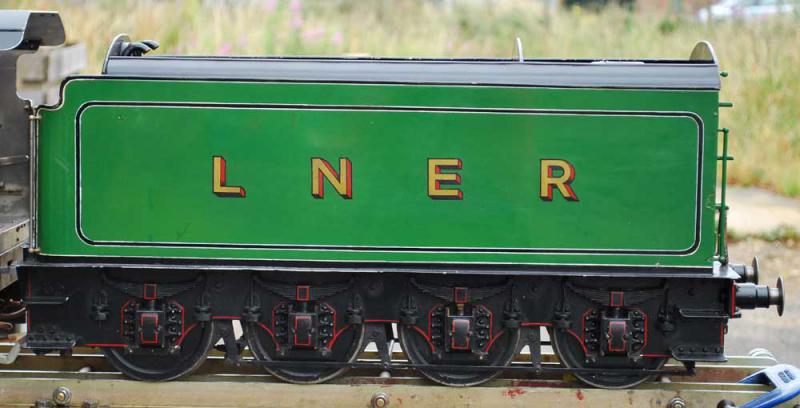 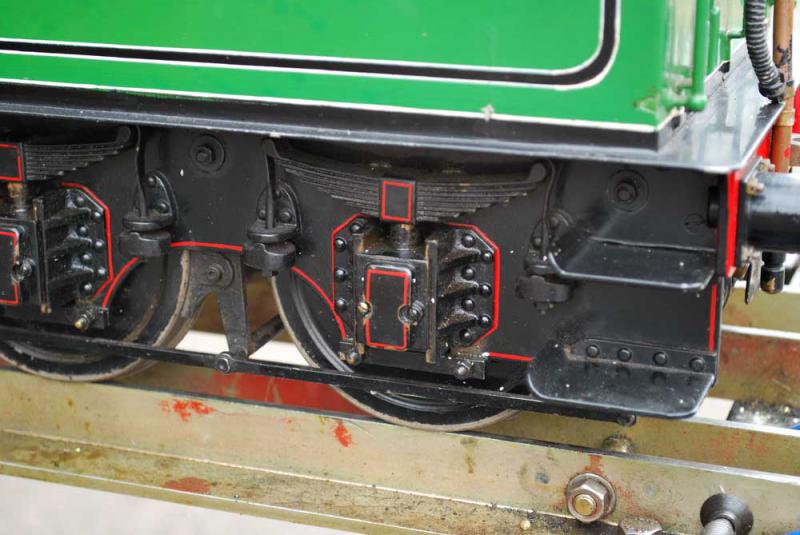 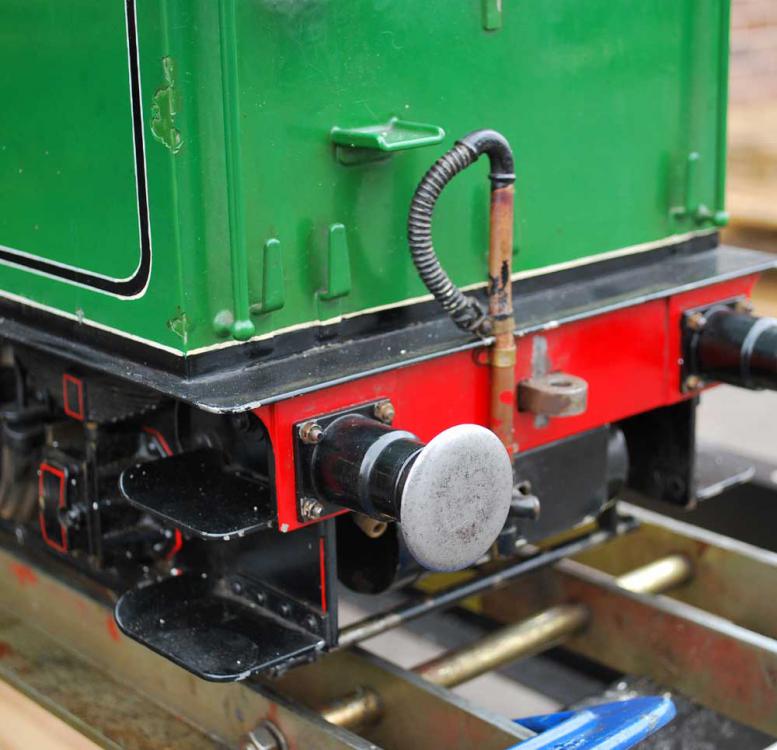 I first bought this engine in 2002 - I'd tried to buy it earlier that year without success, it later came available when its owner had a radical reduction of his steam collection (which included the full-sized Fowler "Iron Maiden" and "Flying Scotsman", it was a pretty big toy box).

I ran the engine several times before parting with it - it's by some margin the best A3 I'd driven (my opinion hasn't changed in the intervening years), it goes exceptionally well. A then 8-year old Sam came to Reading club with me one afternoon when I first got it - I'd taken along a rather elderly B1 for him to potter about with, while assorted members and I drove "Solario". After much nagging from the boy, at the end of the day's running with the boiler pressure down to about 40psi I let him climb aboard for an unaccompanied circuit.

Within the first few hundred feet it was back to working pressure, he came bursting out of the woods onto the long straight laid flat over the eight-wheel tender like a jockey, head down, safety valves feathering. The straight ends in a sharp right hand bend, as he came charging towards us, it was pretty obvious that, as a last resort, I was probably going to have to fling myself in front of it, rather than risk the ire of his mother (and an upside down Pacific). Halfway down the straight he shut off and coasted gracefully to a halt at the steaming bays, grinning like a boiled herring. I've let him drive anything else since without a worry!

The engine sold in 2003 to an experienced model engineering family, it has been used very little since, finally coming back in part-exchange against a 7 1/4 inch gauge engine. The pictures were taken in the last few days, the words below are from 2003.

A finely-engineered and well-detailed 5 inch gauge A3 Pacific in excellent running order.

The paintwork is worn in places - in particular the wheels and parts of the smokebox. It is entirely presentable as-is, but could be re-finished to produce an exhibition-quality engine. The sliding part of the cab roof is missing.

The engine runs very well with negligible wear in any of the moving parts. It will pull away just off mid-gear with less than 30 psi on the gauge. At working pressure a delicate hand is required on the regulator - think starting 500 tons out of Kings Cross!