Sold January 2012 Back to Archive 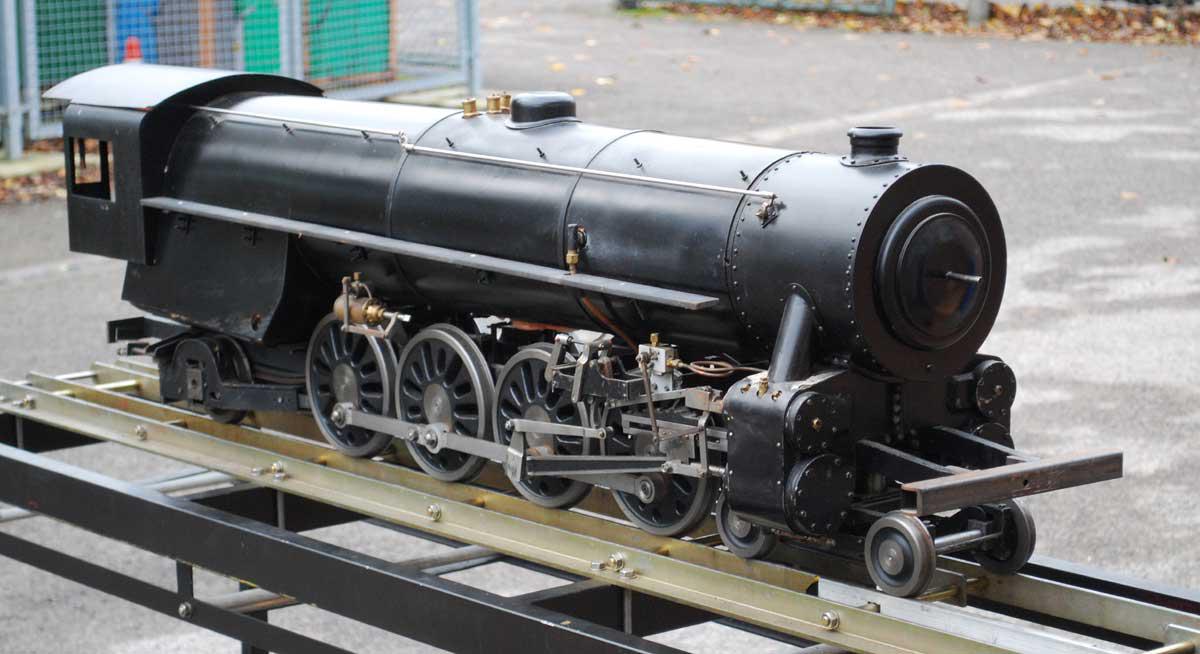 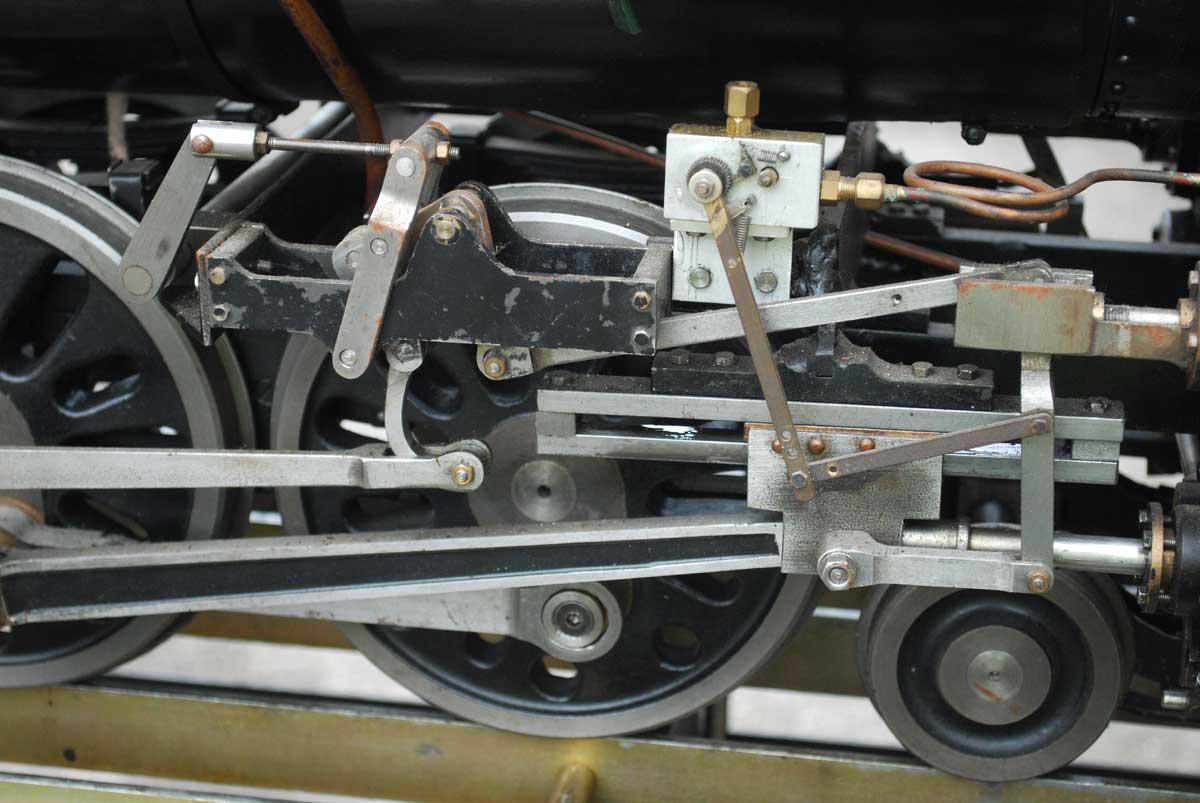 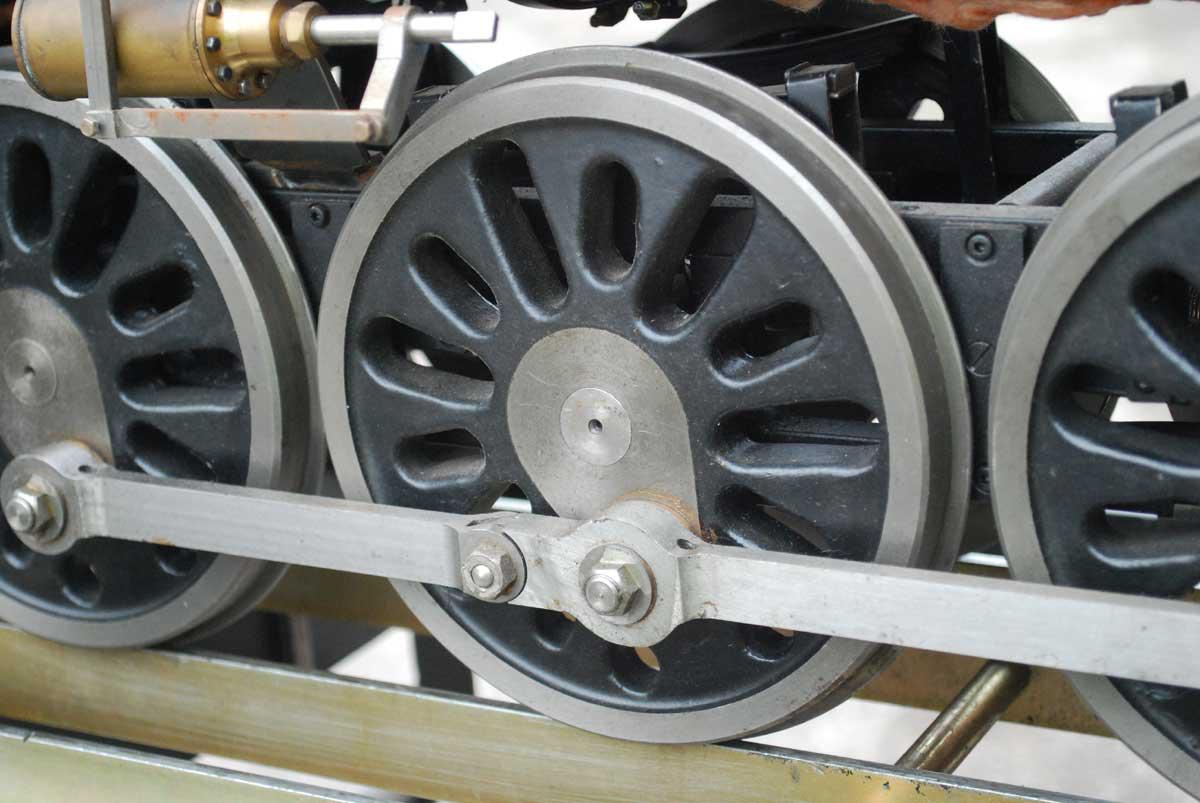 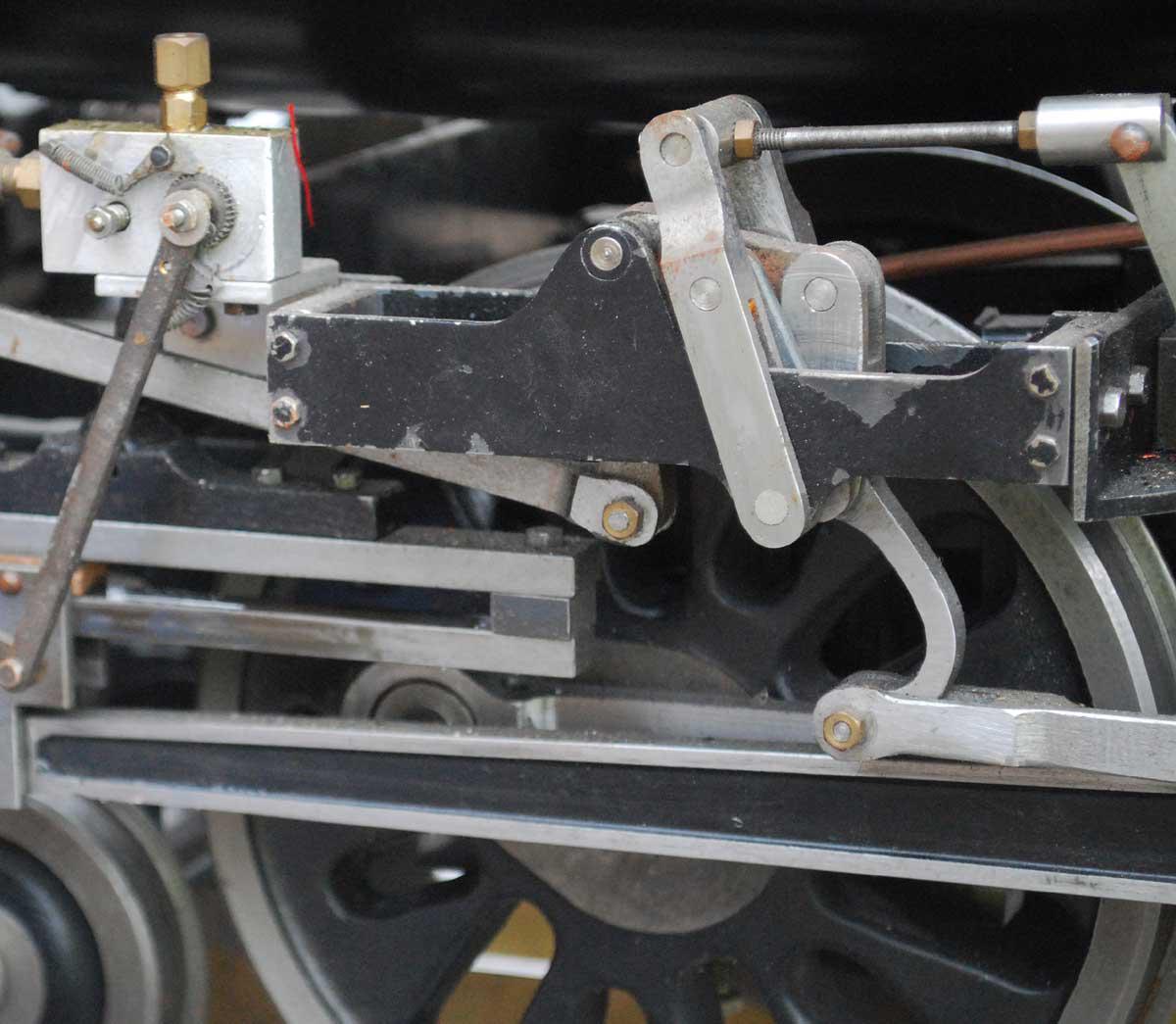 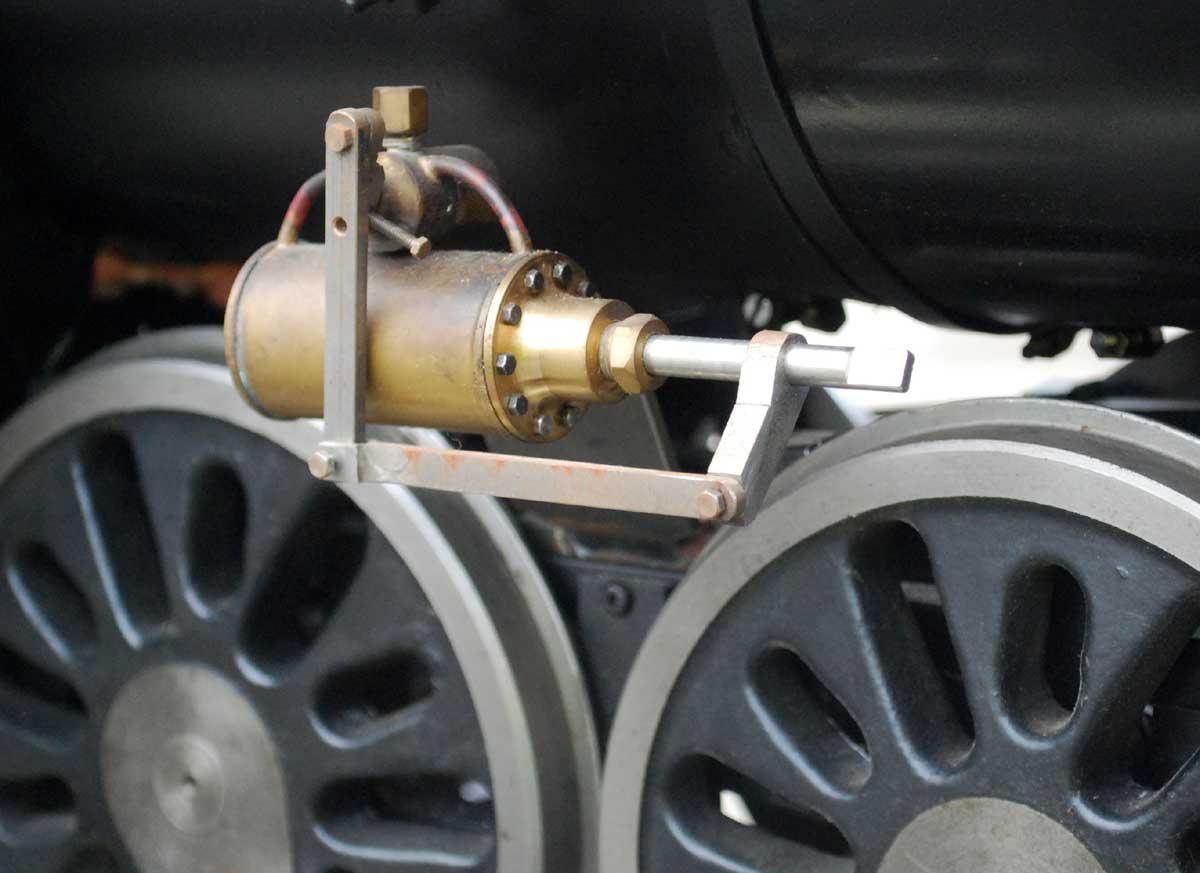 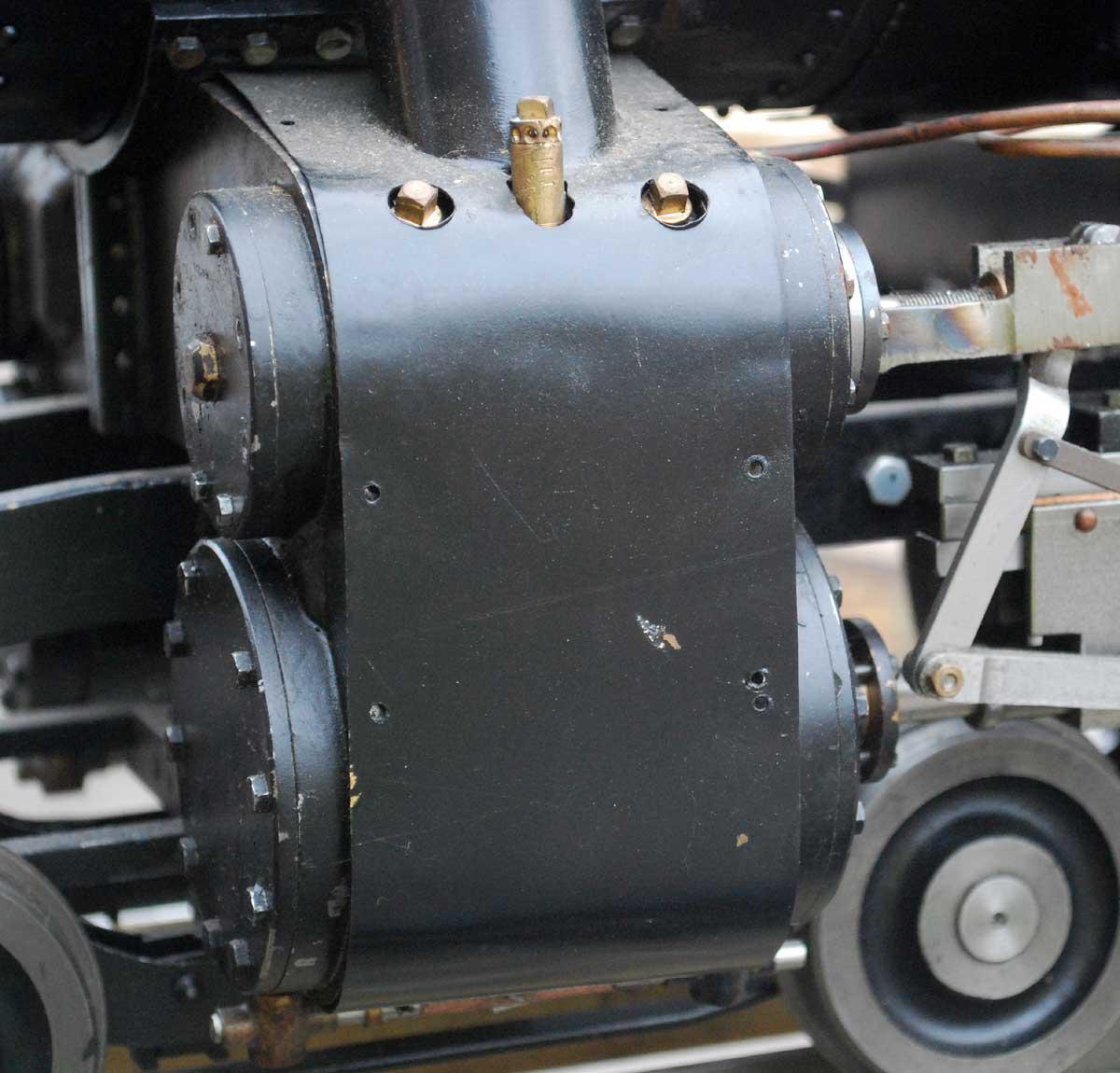 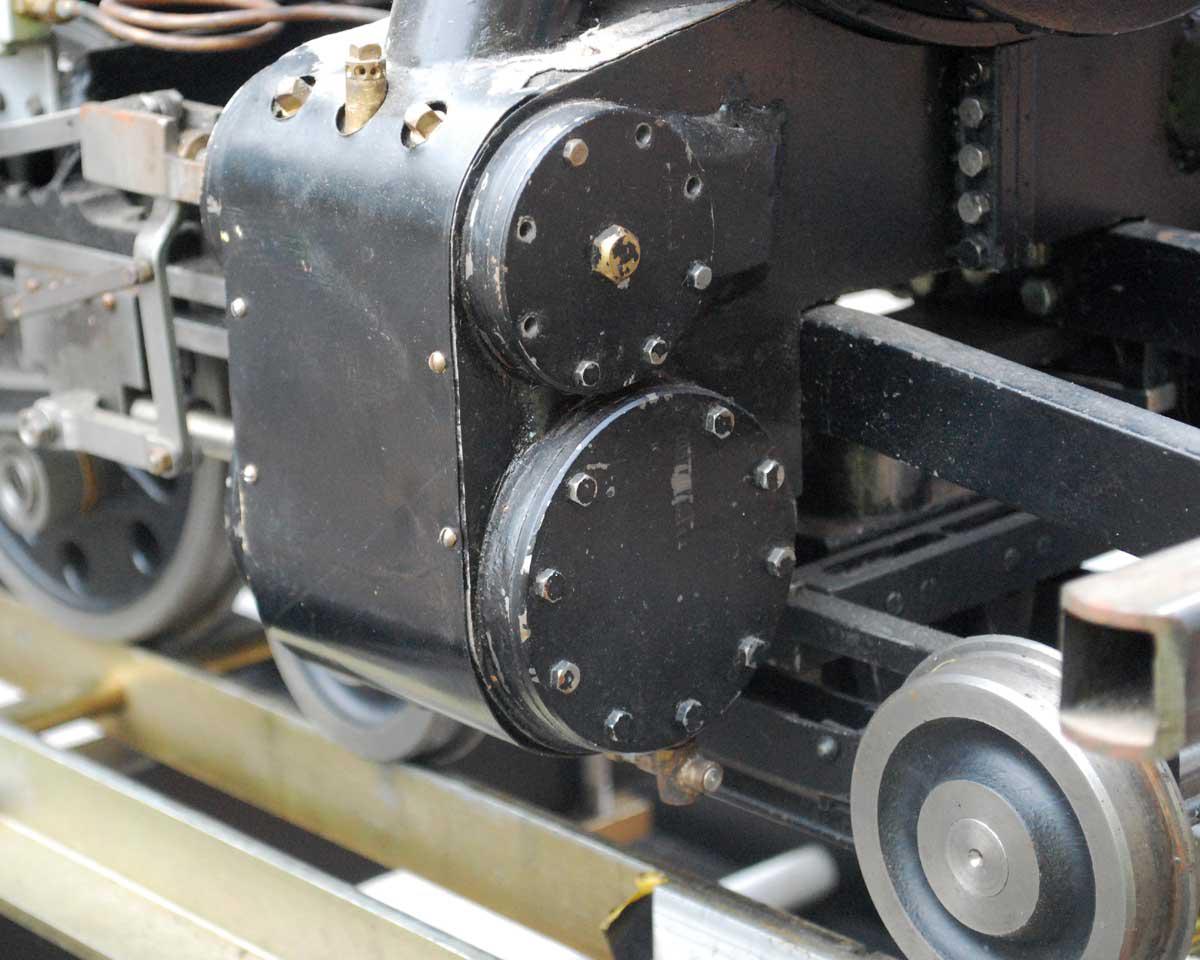 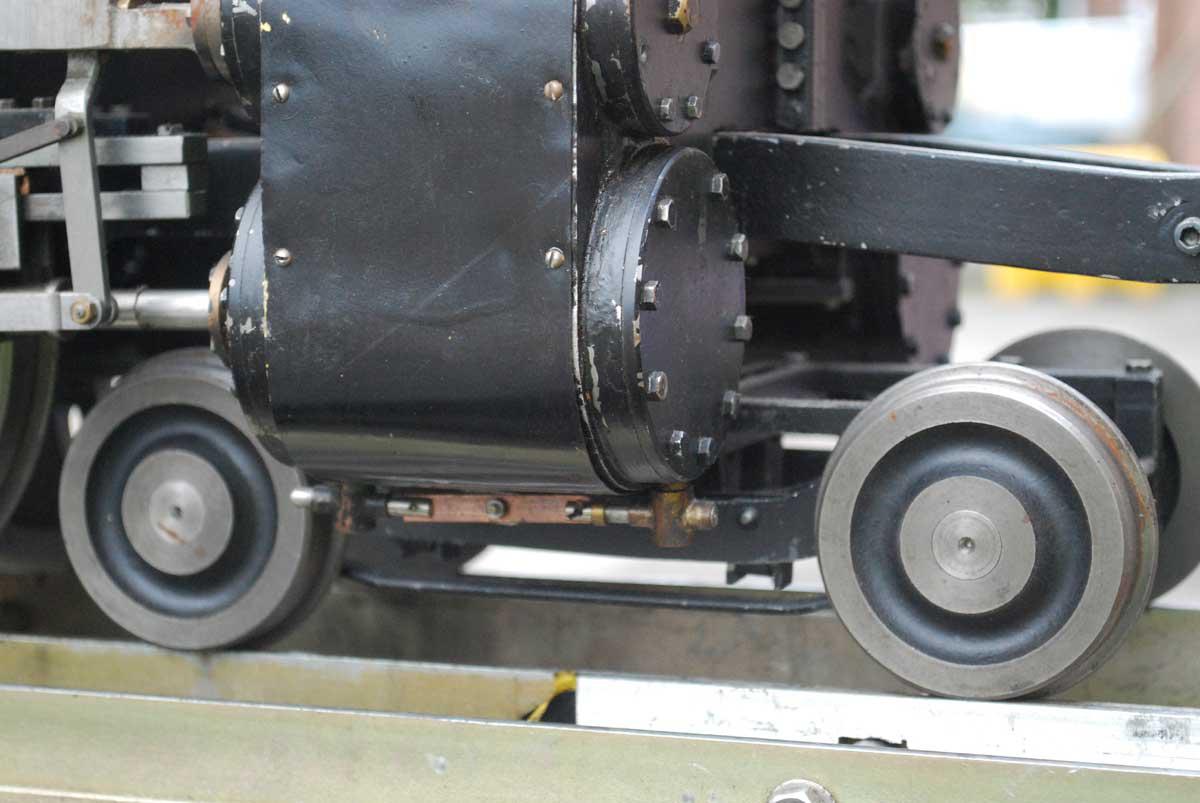 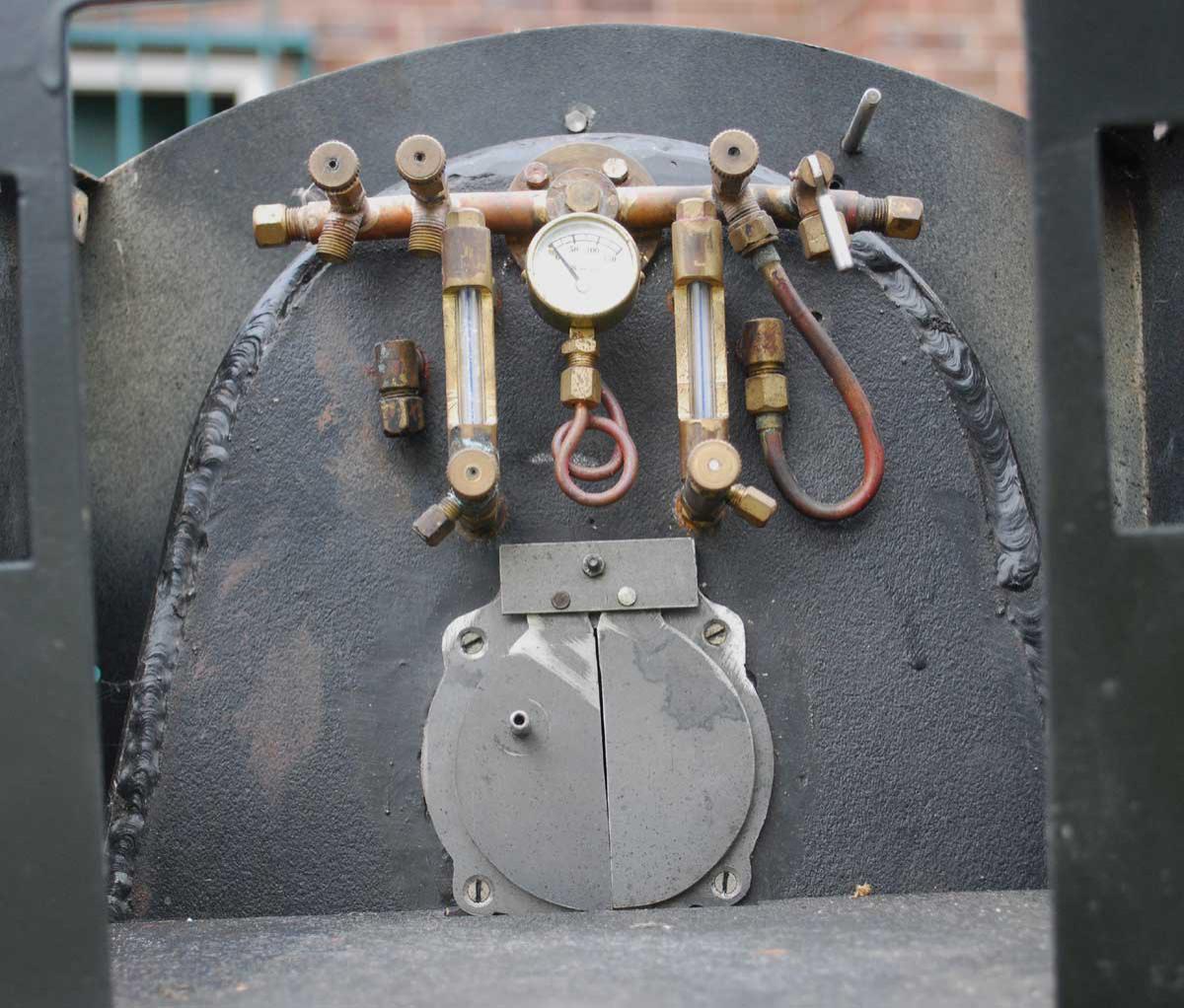 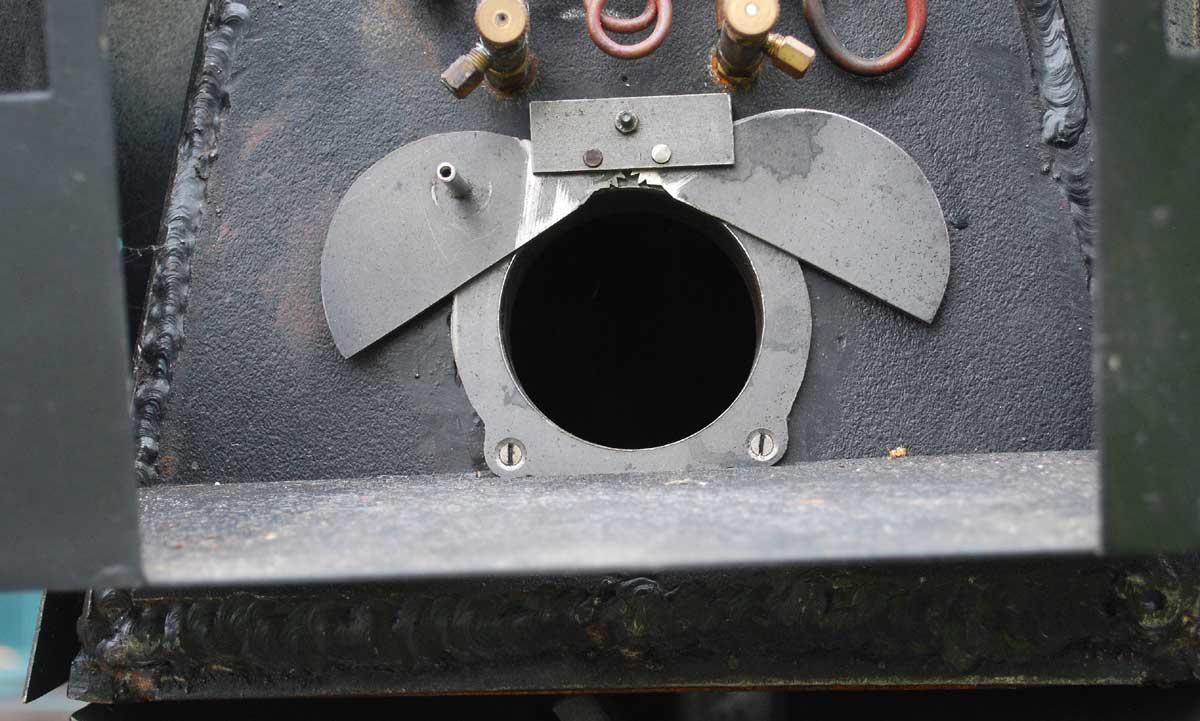 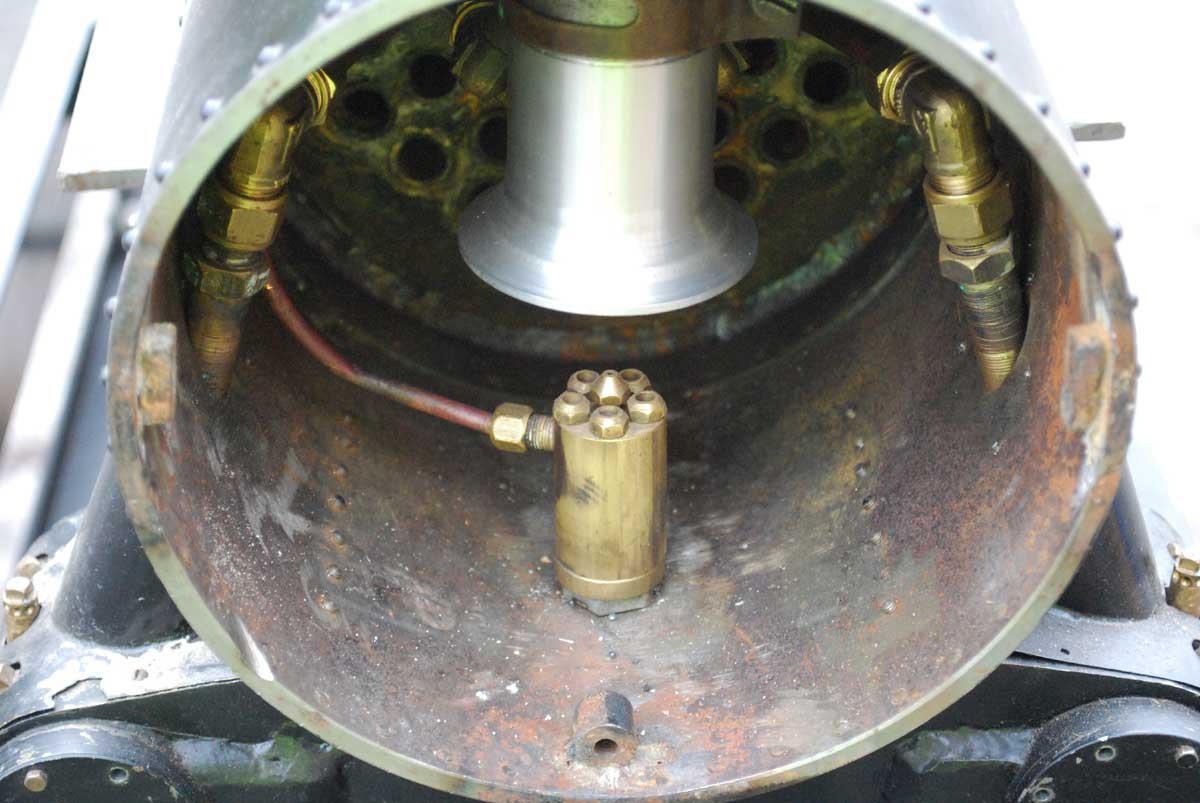 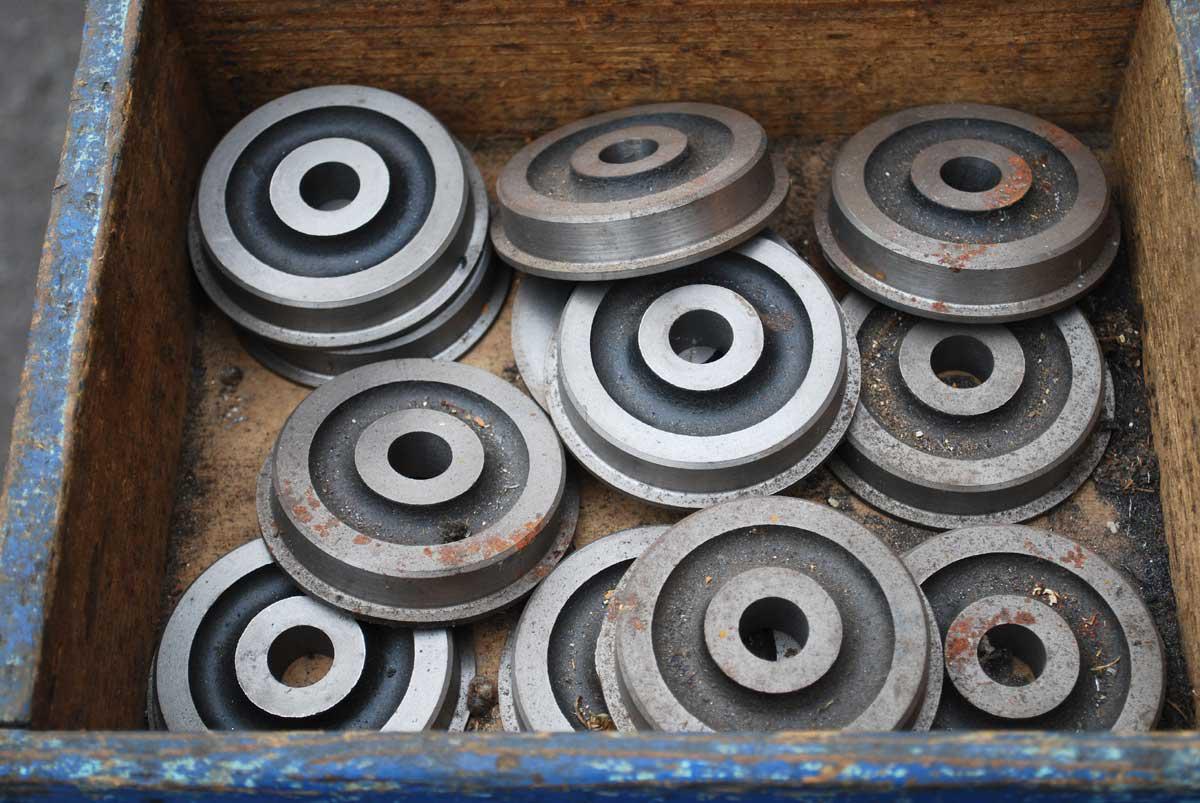 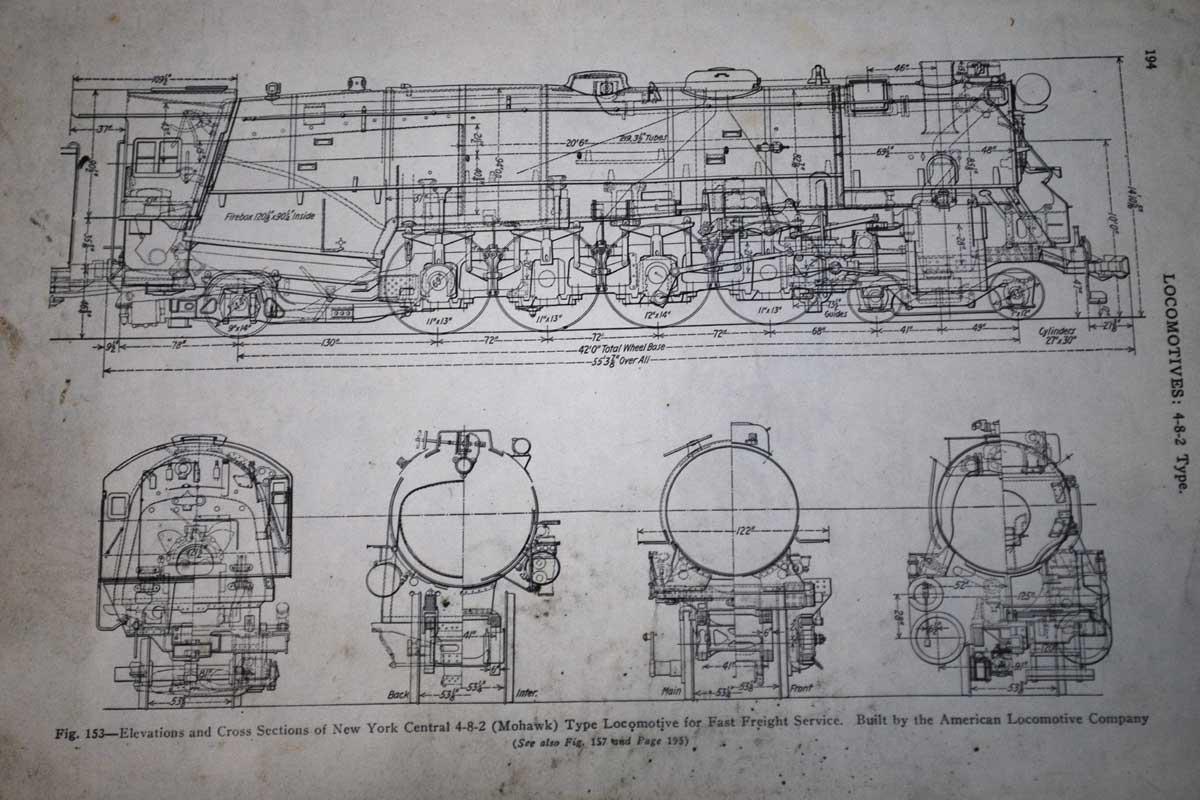 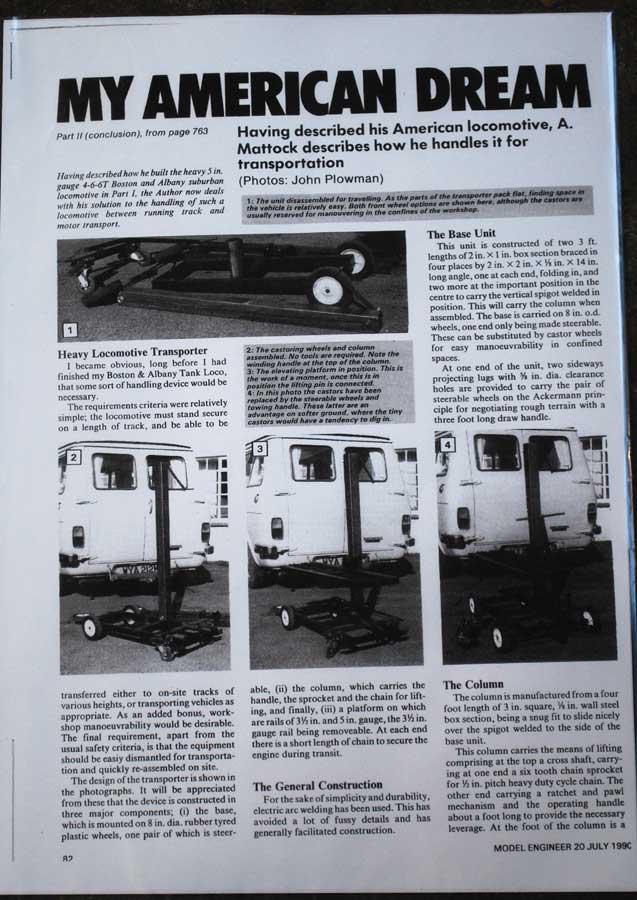 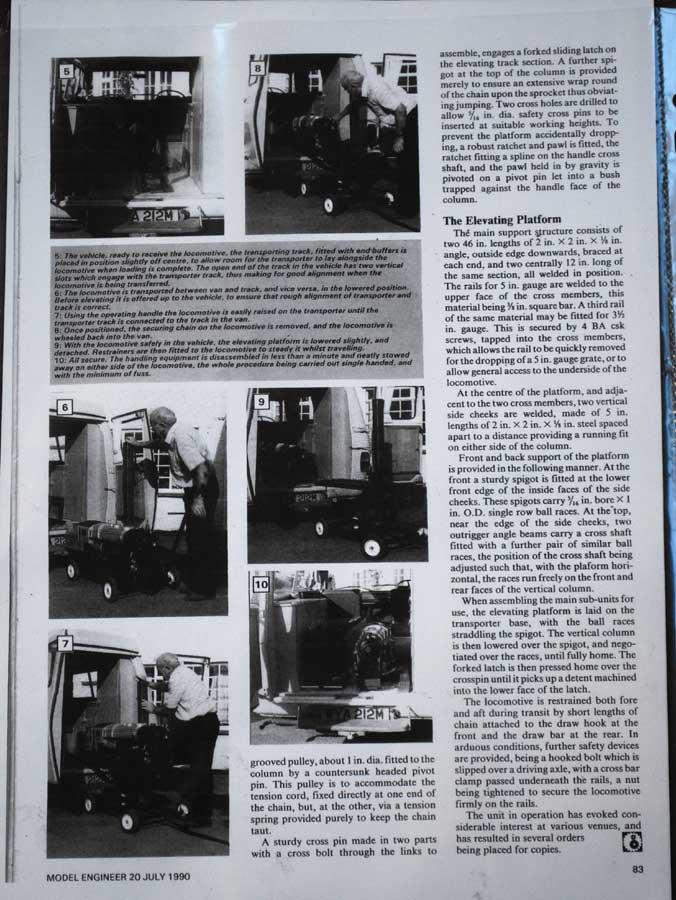 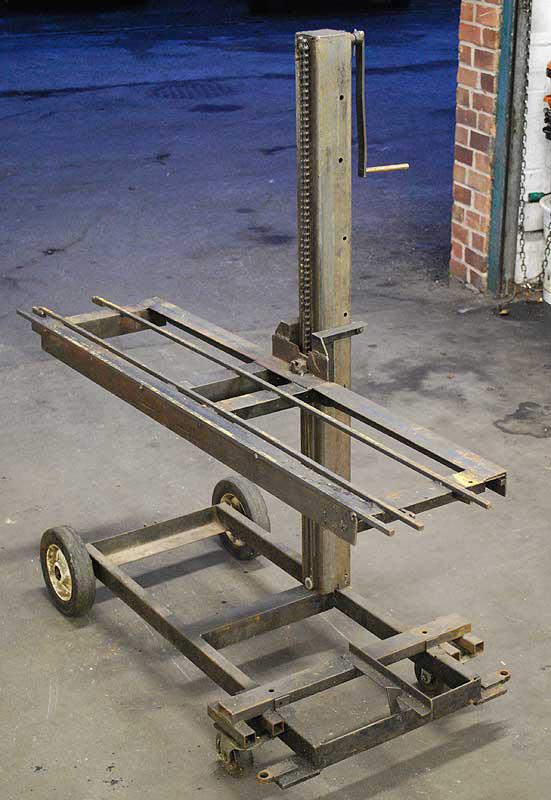 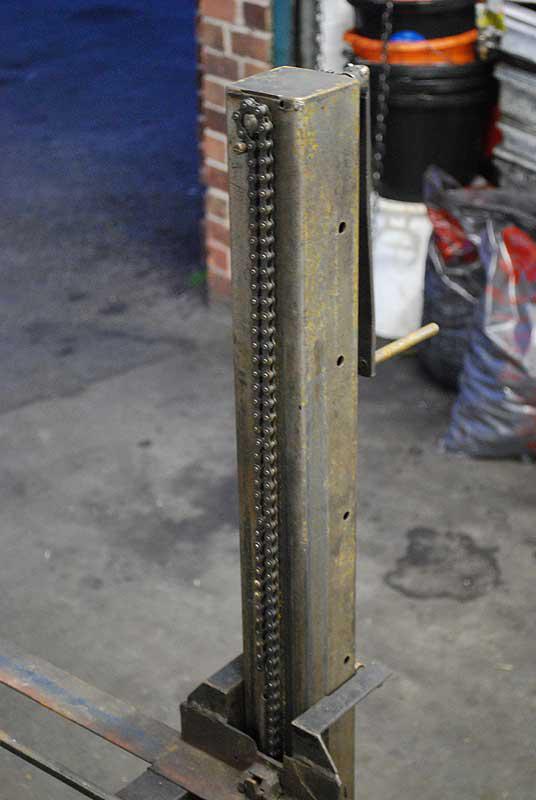 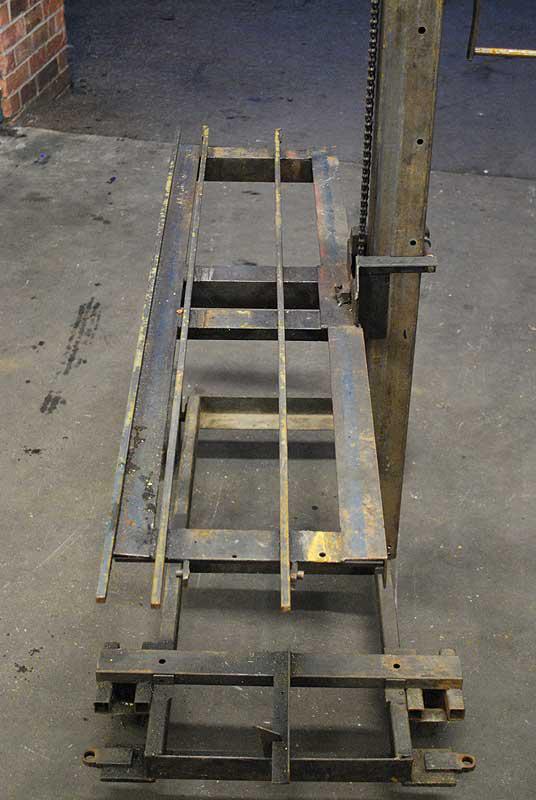 The work of a prolific model engineer who has specialised in large American prototypes over the years, generally built using his own drawings and castings.

When one of his engines came up for sale some years ago I bought it on the spur of the moment, taken with the quality of build and appealing design (it was the first Lucky 7 I owned - had several since). I recently had the pleasure of meeting the builder, who had reluctantly decided that his last project was starting to get too large to handle for a man well into his retirement.

This is a New York Central Railroad Mohawk 2-8-4 a class eventually numbering nearly 800 in all its forms, built mainly by Alco in the early part of the twentieth century. Work to date comprises the locomotive itself, around 80% complete, along with twelve machined wheels for a tender.

Chassis is bar-framed with compensated springing, two cast iron cylinders with piston valves actuated by Baker gear with steam reverser. Twin lubricators of the builder's own design (and the same as fitted to the lucky 7 mentioned above). Boiler is in steel (as were all his engines) with combustion chamber and twin thermic syphons, fitted with radiant superheaters. The stainless steel grate is the biggest Ive seen on a 5 inch gauge engine by some margin.

There is also a lifting stand to the builders own design, published some years ago in Model Engineer whilst I make no claims for its compliance with current lifting equipment legislation, it came in very useful when collecting the engine, which is otherwise a four-man lift.