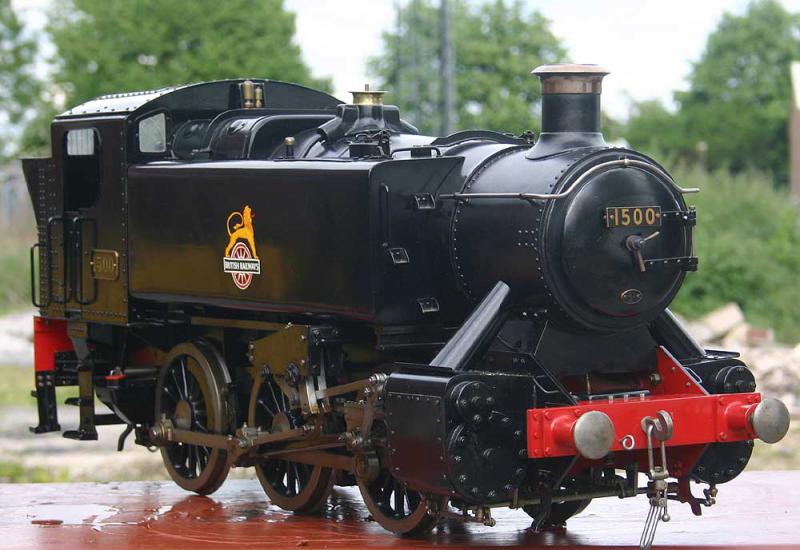 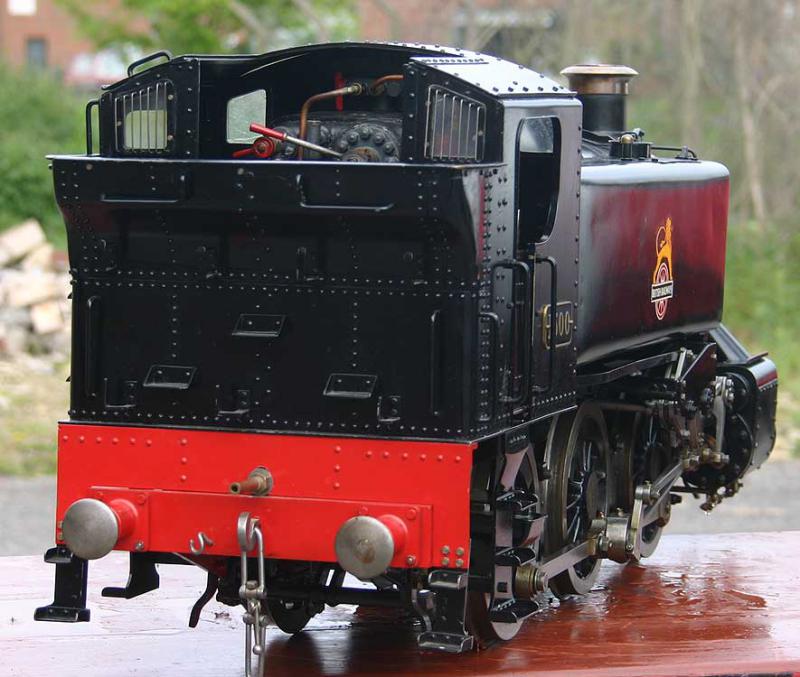 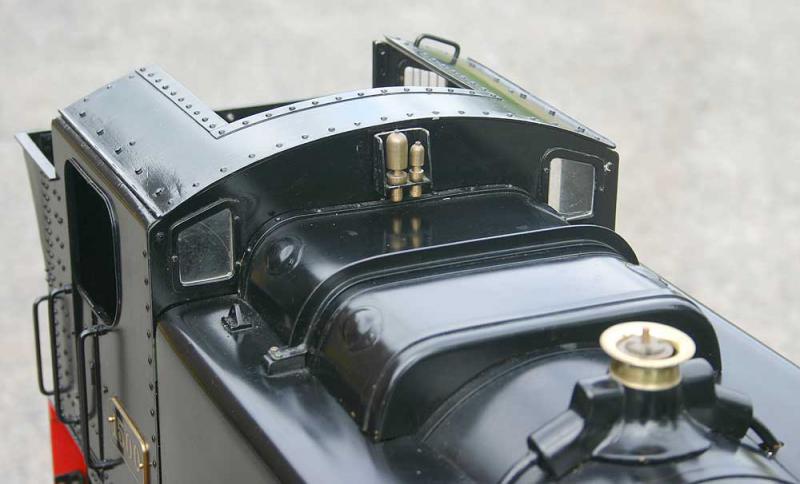 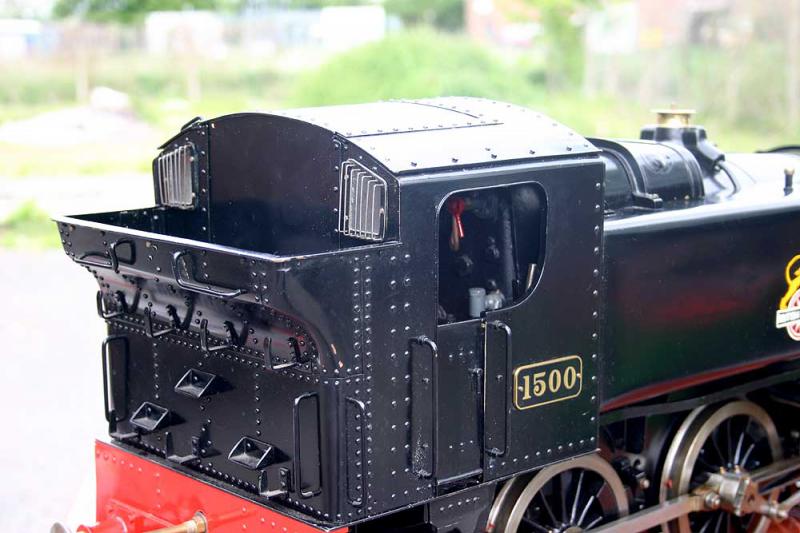 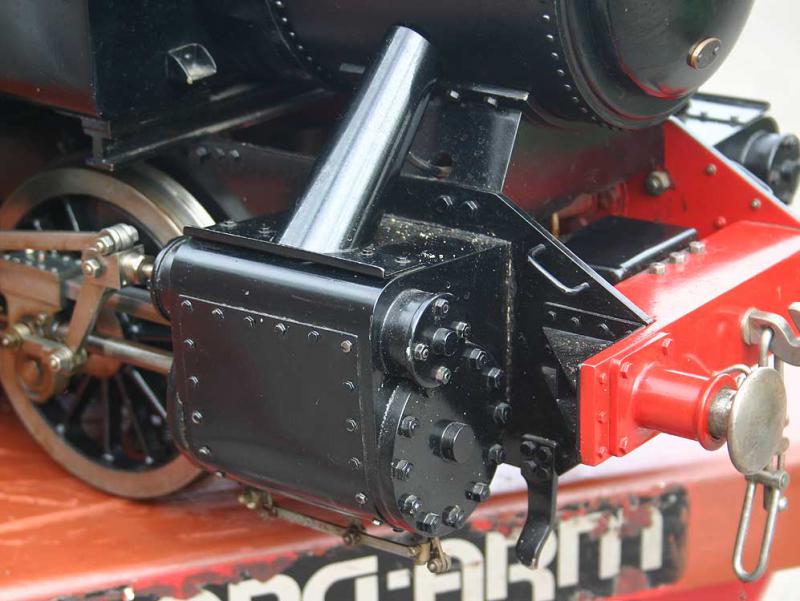 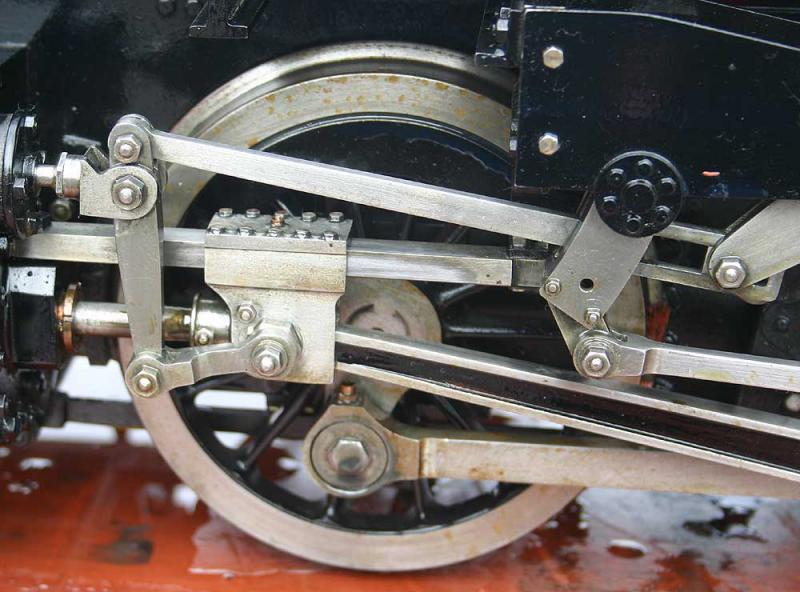 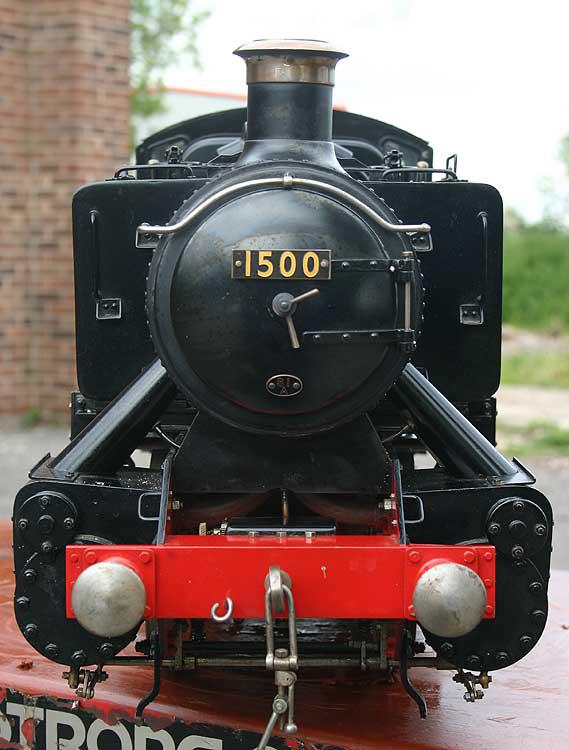 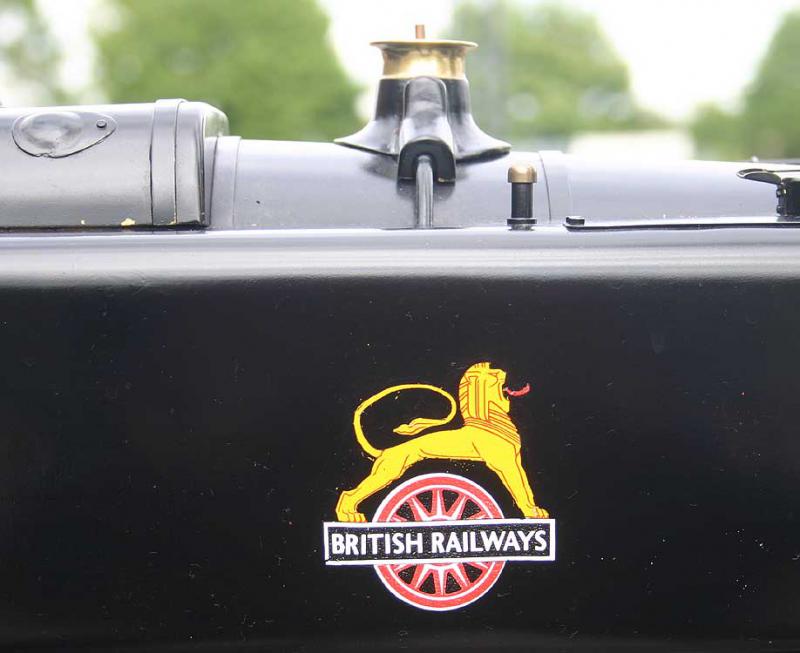 Whilst common practice in the USA, gas-firing for larger, passenger-hauling locomotives has never really caught on over here - I see examples from time to time (indeed the GWR 38xx that sold earlier in the year had been gas-fired from new) but they remain scarce. Having never driven such a device, when this well-built tank engine came in recently set up to run on gas, I got together the necessary regulator and pipework, along with a small gas bottle and gave it a go.

Lighting up is obviously easier than on coal - turn on the gas, light the burner and it's away. I used the smallest blower I have which seemed necessary to keep the flue gasses going the right way to start with, if not then the gas flame would blow back from the firehole door exactly the same as a solid fire without a draught. It raised steam in comparable time to normal, when running regulation of the "fire" is easy simply by twiddling the knob in the bunker.

Gas-firing aside, the engine itself has a silver-soldered copper boiler, feed is by a single injector. It's highly effective and lack of any other water feeds, which would give me cause for concern normally, isn't a problem - if the injector has a sulk you can turn the fire off! However, in line with current boiler testing regulations, the engine will need two means of putting water into the boiler - the centre frame stretcher has already been machined to take an axle pump or a hand pump could be fitted in the bunker. My own preference would simply be a second injector. Working pressure is 90psi, the boiler has has a twice pressure hydraulic test and is in good condition.

Cylinders are in gunmetal with piston valves actuated by Walschaert's gear, pole reverser in the cab.

The engine has been well made, fit and finish of the motion work is good with minimal wear to the chassis. My suspicion is that, having been built, it has in the past only been fired up for demonstration rather than hauling passengers.

Having run the engine and got gas-firing out of my system, I have to say that I would replace the burner with a grate and go back to coal - what you lose in convenience and cleanliness you lose in smell and it's nice to have something to do with the shovel whilst running round the track. The chassis was drilled when built for a grate pin, the grate itself is an off-the-shelf item, a basic ashpan would be a useful addition.