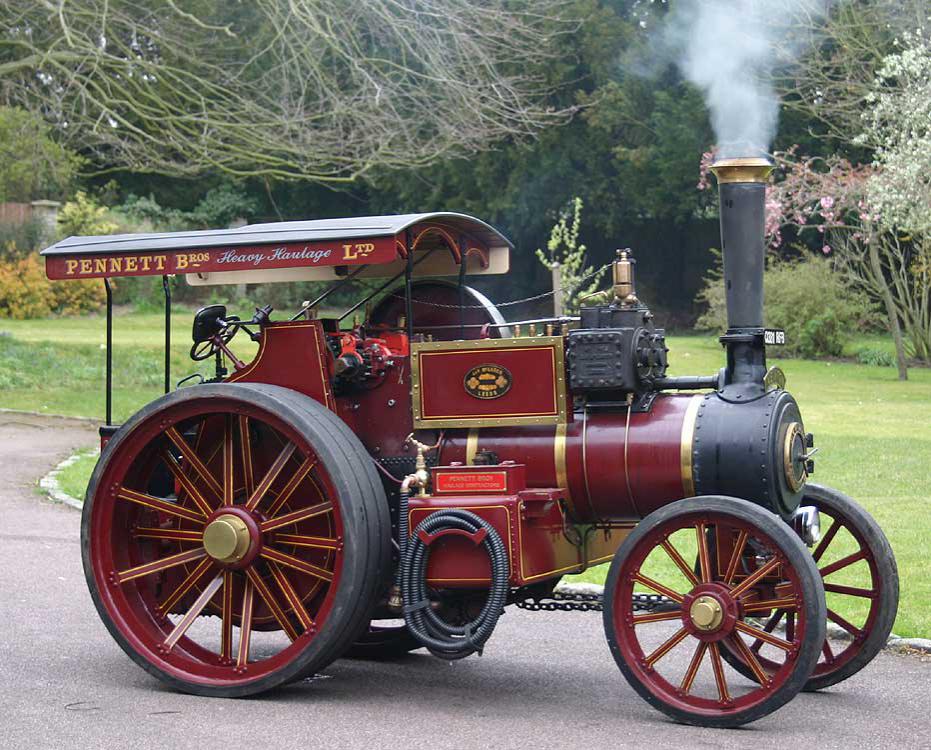 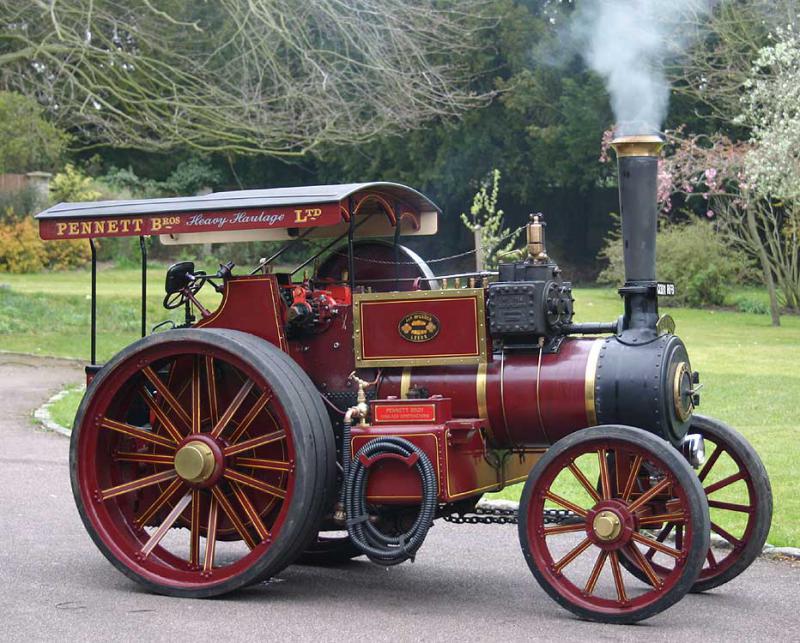 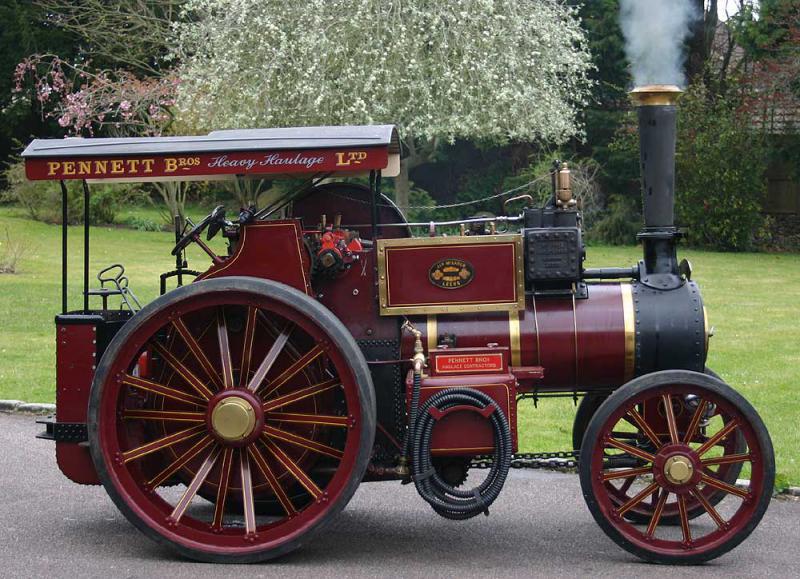 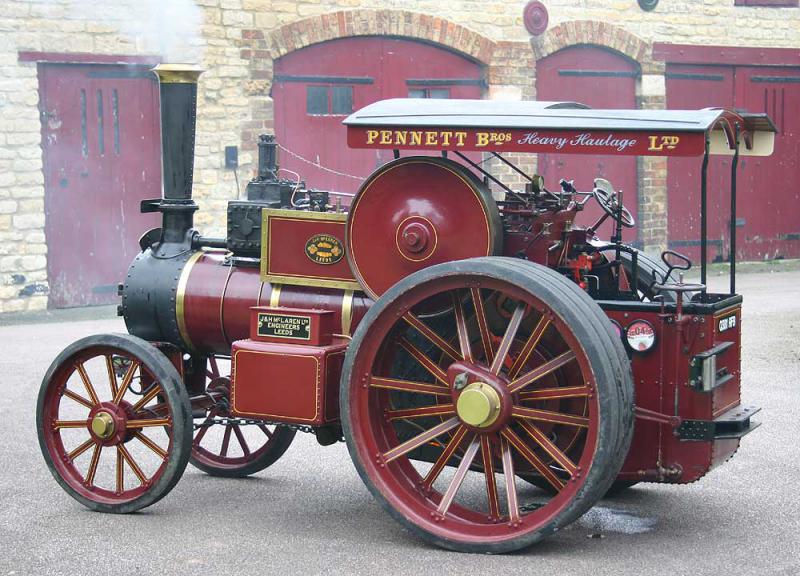 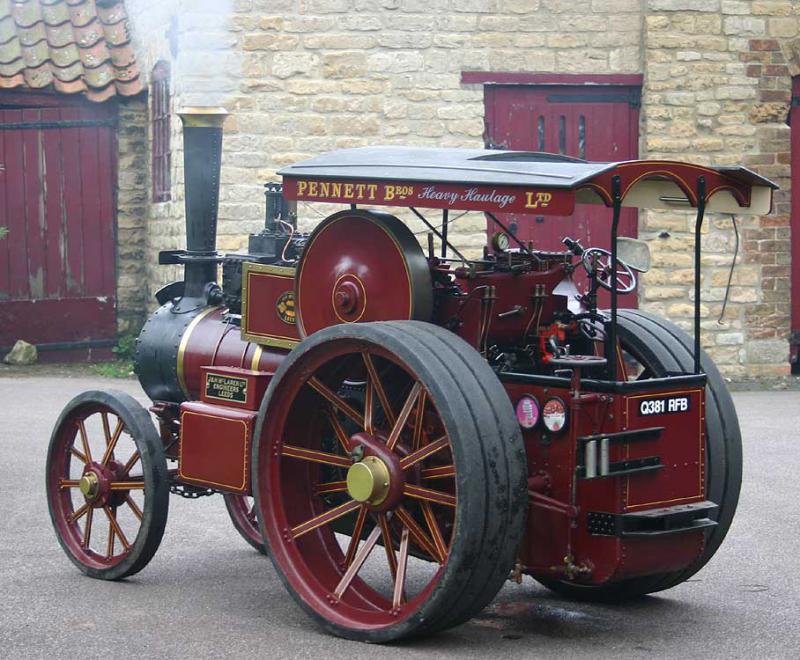 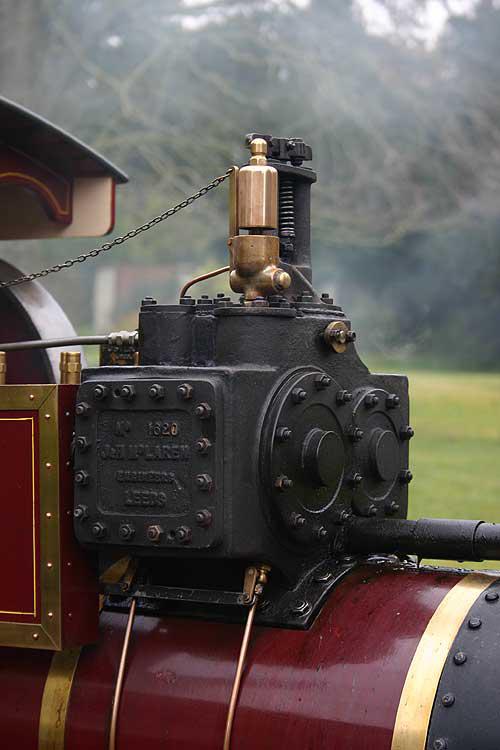 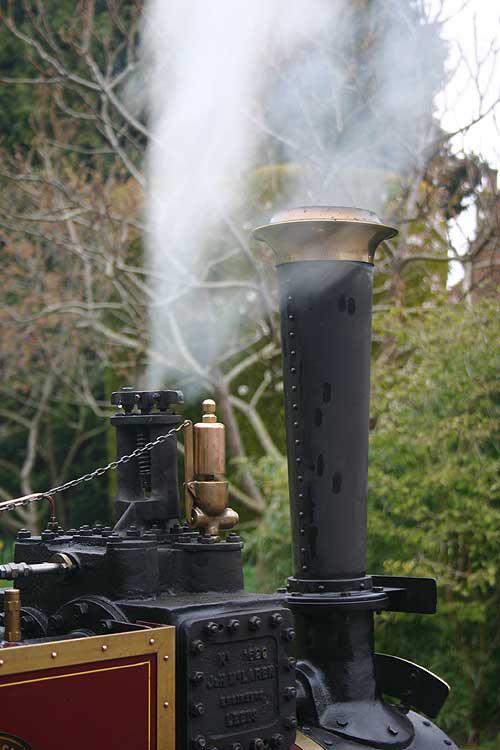 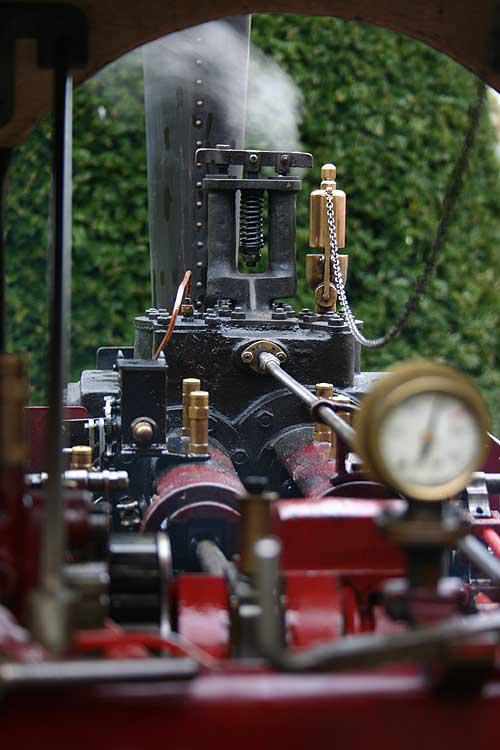 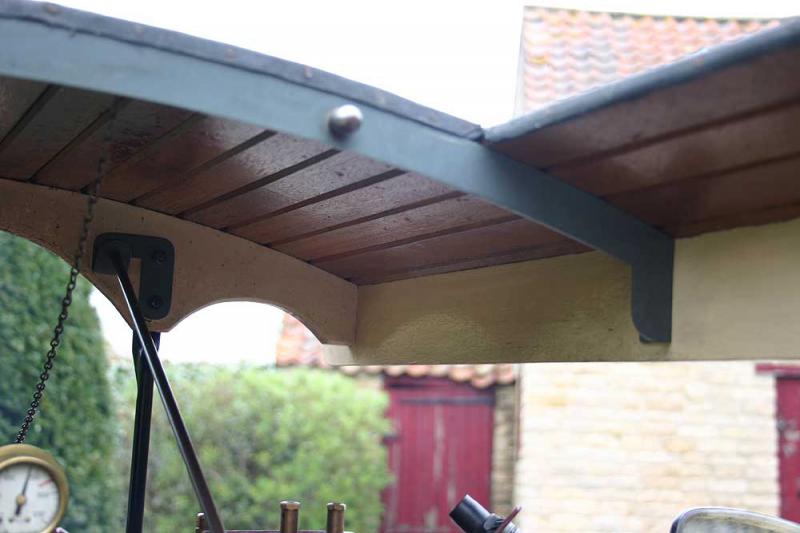 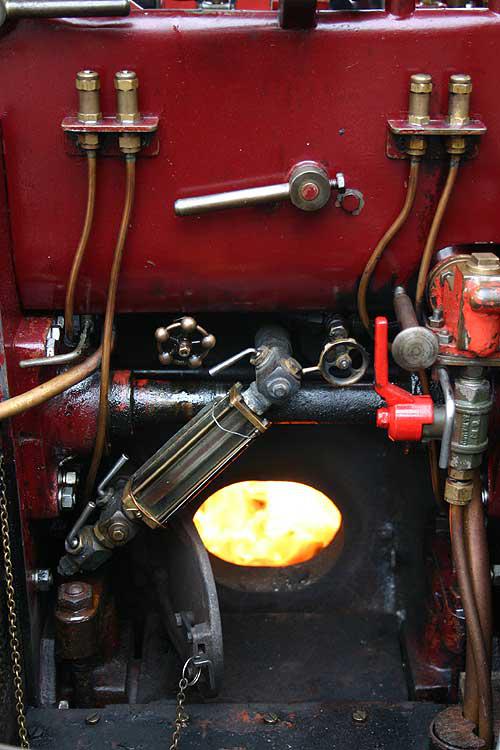 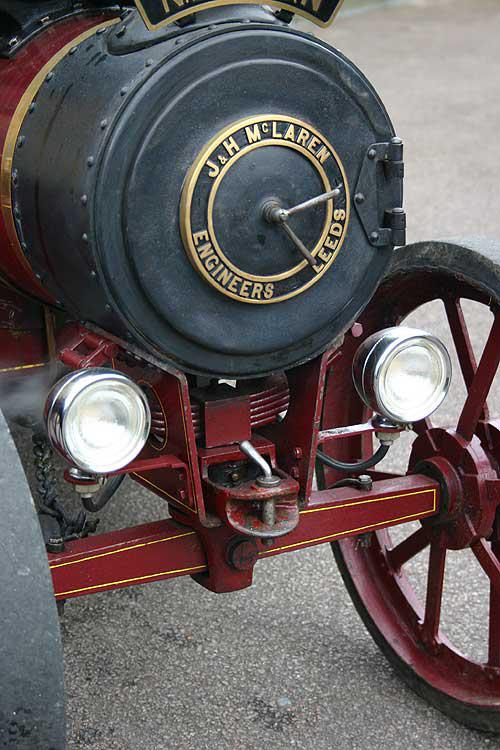 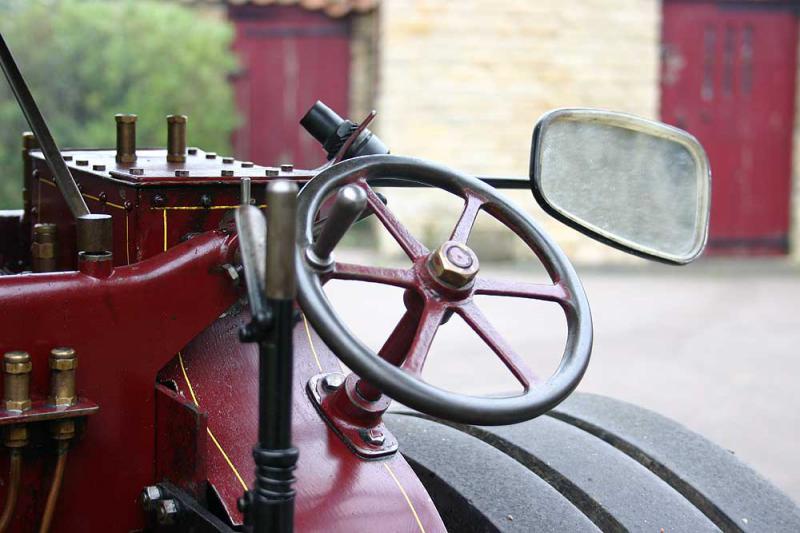 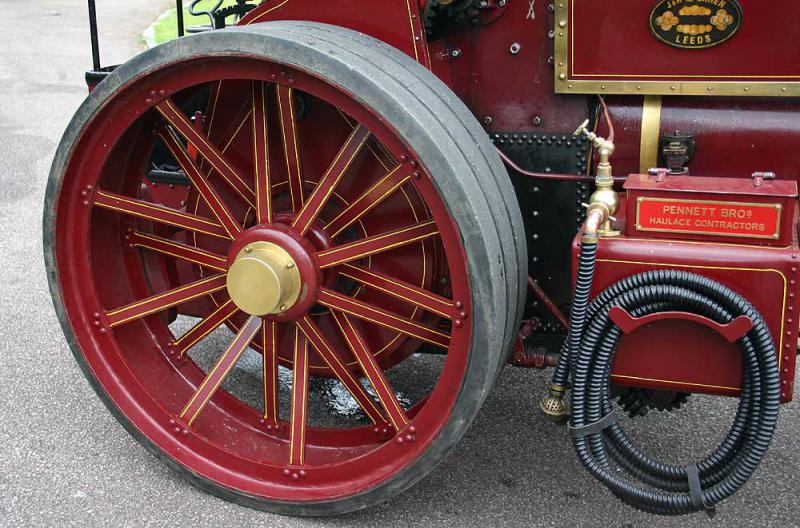 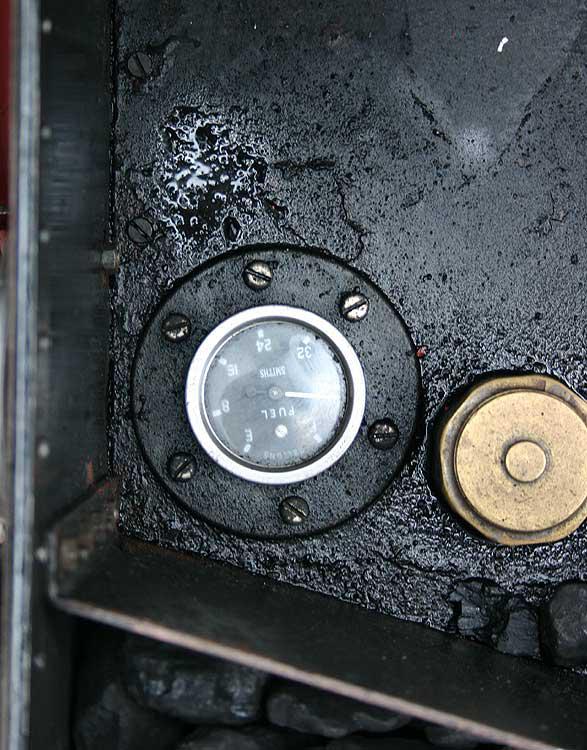 McLaren's had a reputation for building big, powerful engines, their factory in Leeds begin a stones throw from Fowlers who produced engines of similar proportions - it must be something in the Yorkshire air.

4 inch scale McLaren road locomotive, built in 1996 to the well-regarded Double B design. Steel boiler by Franklin & Bell, welded steel with expanded tubes. 170psi working pressure with feed by injector and mechanical pump with bypass. Water in belly tanks and tender, with a neatly fitted level gauge set into the footplate.

Three speed transmission with mechanical brake, winch behind nearside rear wheel with fairleads on tender. The engine is fitted with rubber tyres and is road-registered.

I steamed this engine last Friday, in preparation for its annual steam test next week. It's a most impressive engine, steam from all cold in about forty minutes, powerful yet remarkably docile on the road - I ran home for lunch on it which surprised the natives, with David bringing up the rear on his bicycle (I suppose we should really have got him a red flag and had him walk in front). The injector is a delight to use, the pump was only switched on once to check it worked. The previous owner recently completed an eight mile road run with his local traction engine club, in high gear it clips along on the road at a fine pace.

There is a clip of the engine running here.