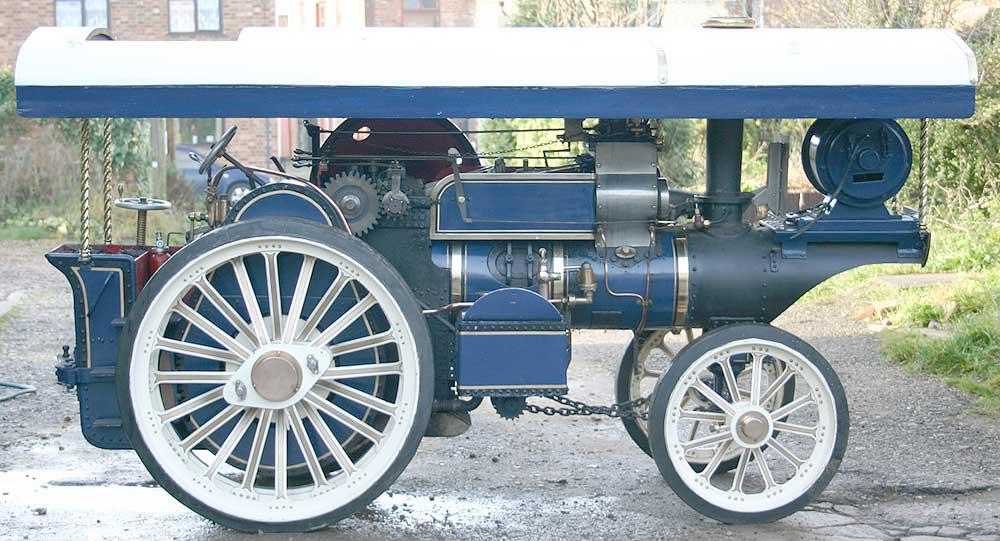 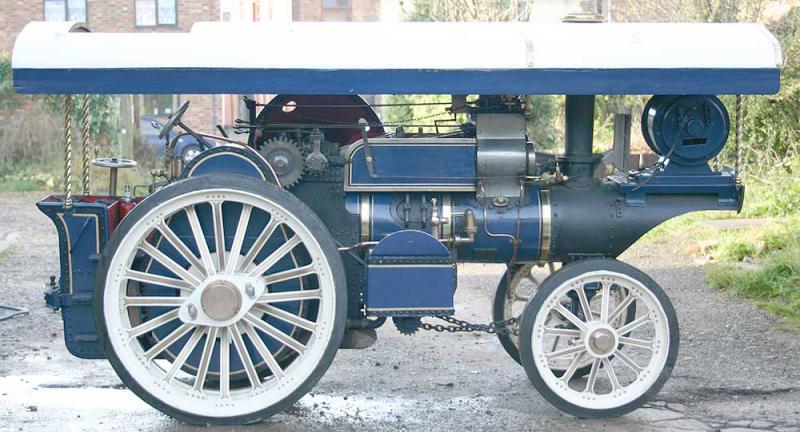 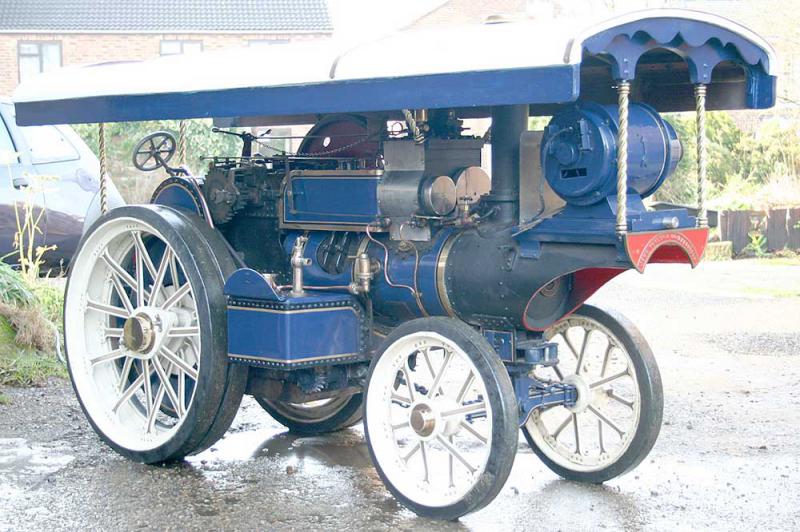 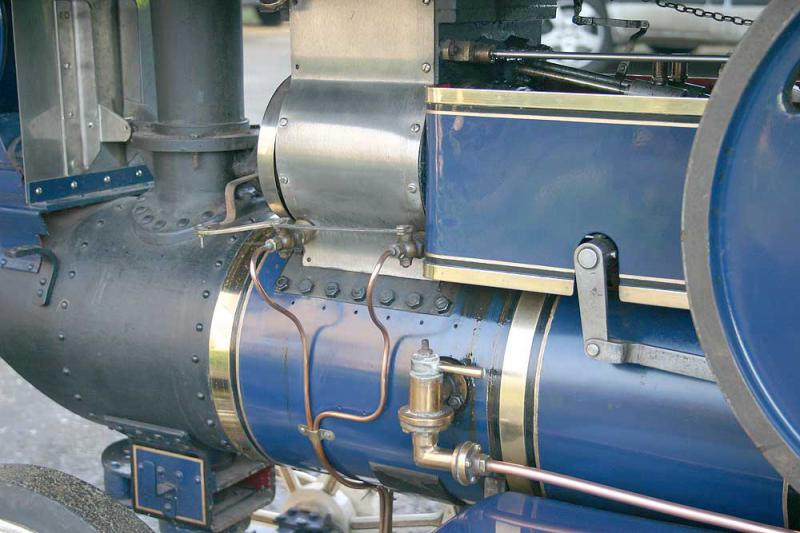 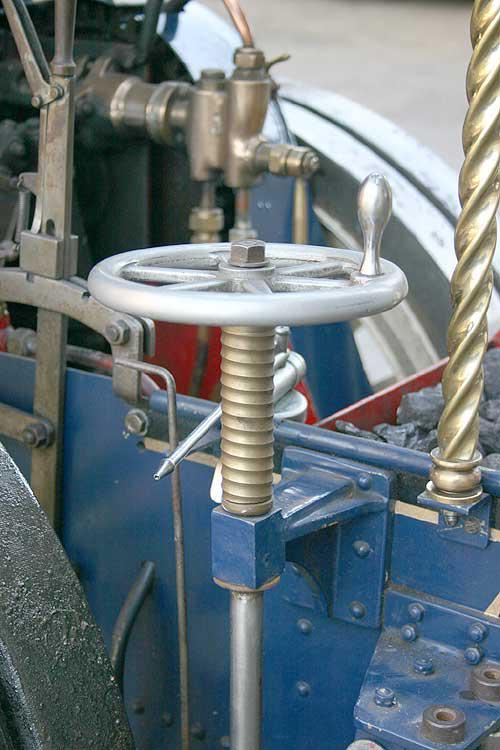 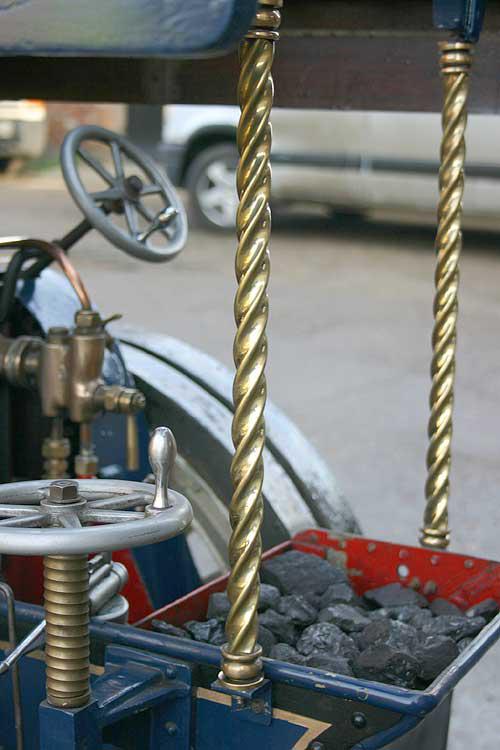 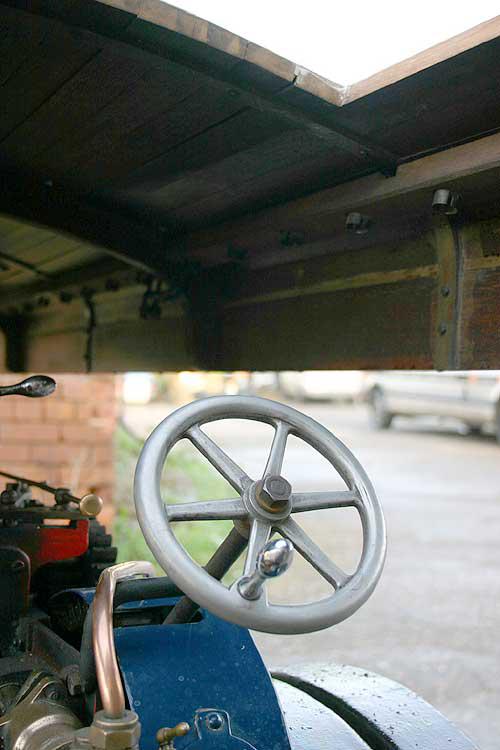 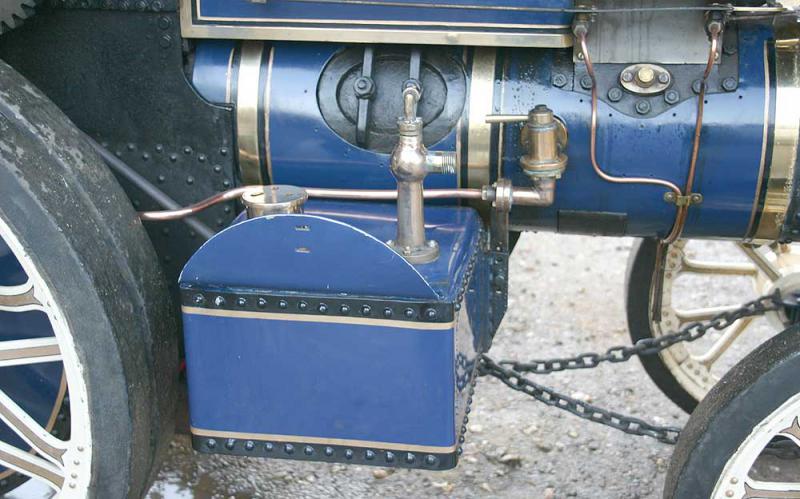 A dynamo is fitted which has been tested on the bench and produces volts, but is currently not wired up to the light fittings in the canopy.

The engine was built in 1992, last boiler test was in January 2006 with a 250psi hydraulic test and 110psi steam test. It steams easily and runs well, the motionwork and big ends are worn and there are a variety of tidying up jobs required, including repacking of glands, adjusting steering chains and regrinding in the safety valves which, whilst opening reliably, have a mind of their own when it comes to closing.

There is a driving seat which attaches to the drawbar and an extension chimney which allows steaming from cold without recourse to an electric blower.