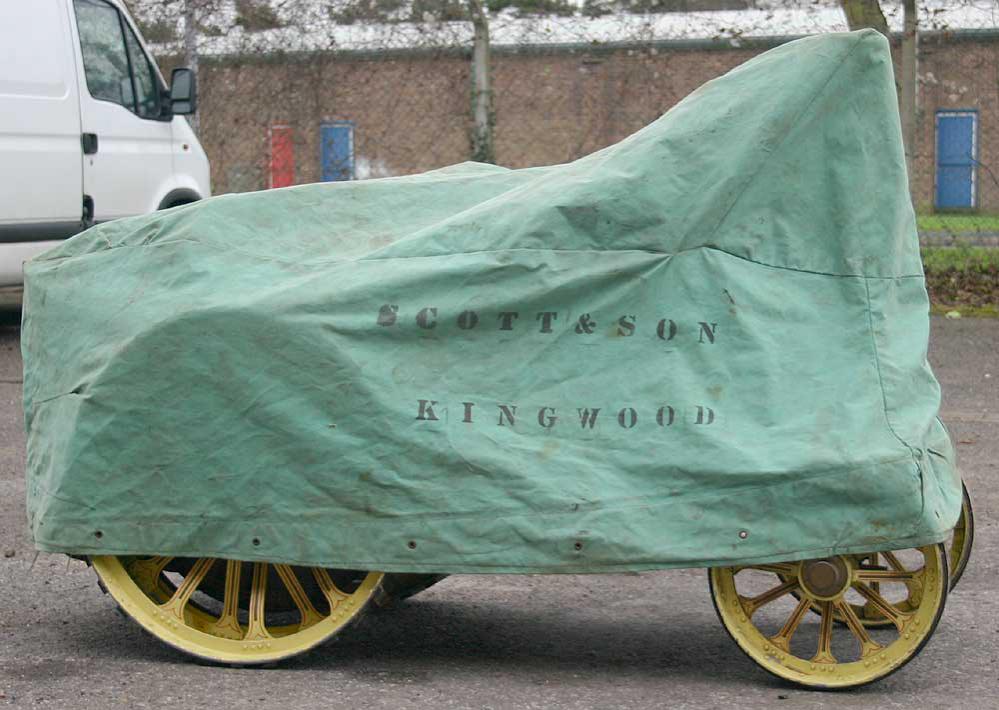 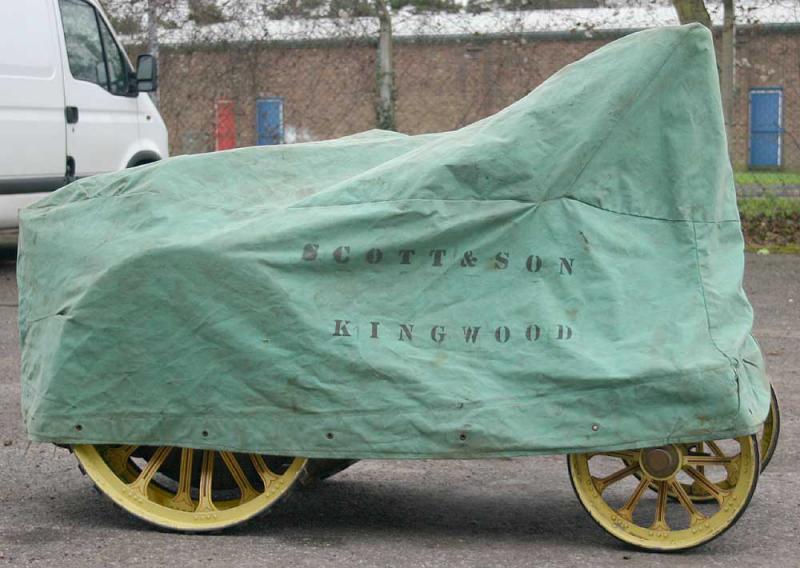 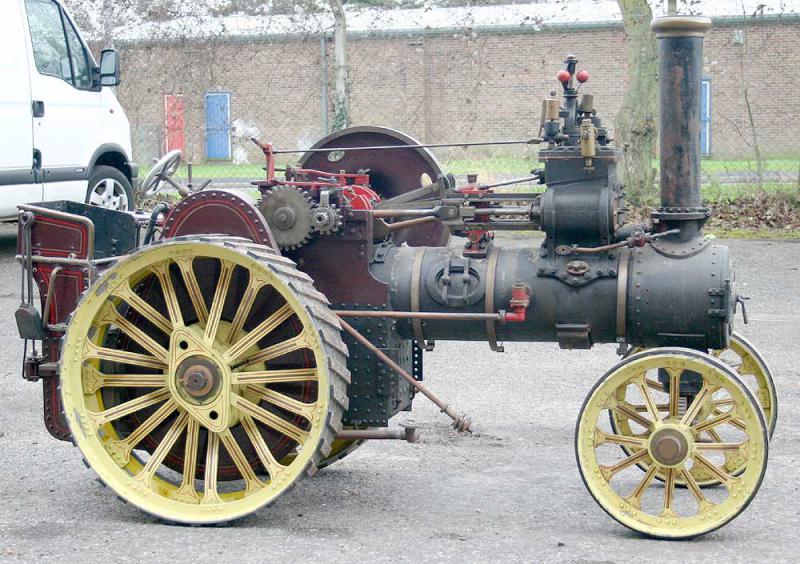 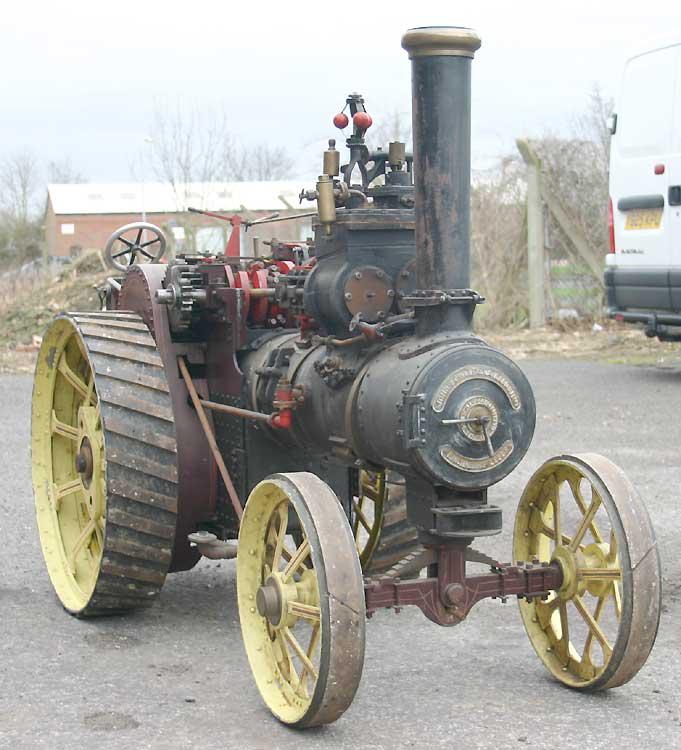 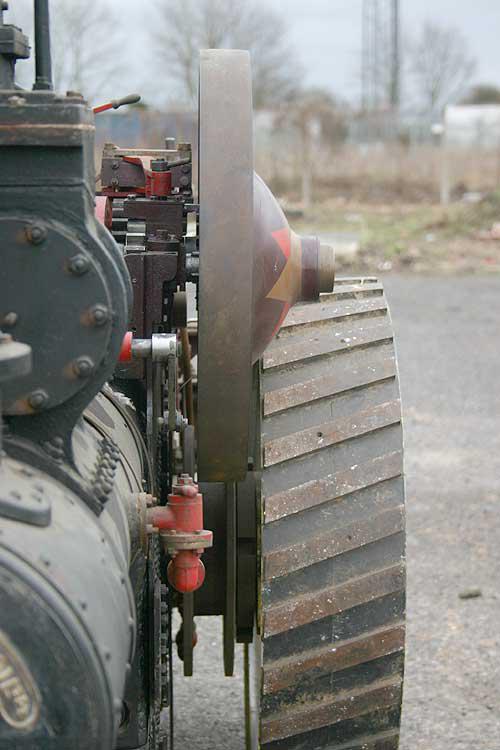 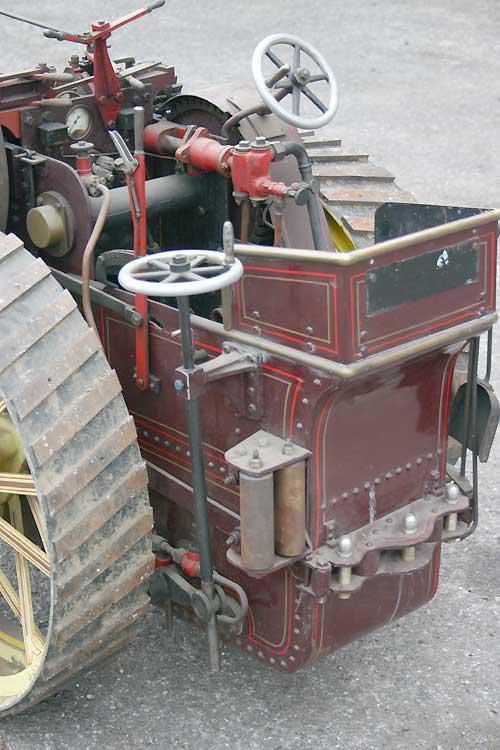 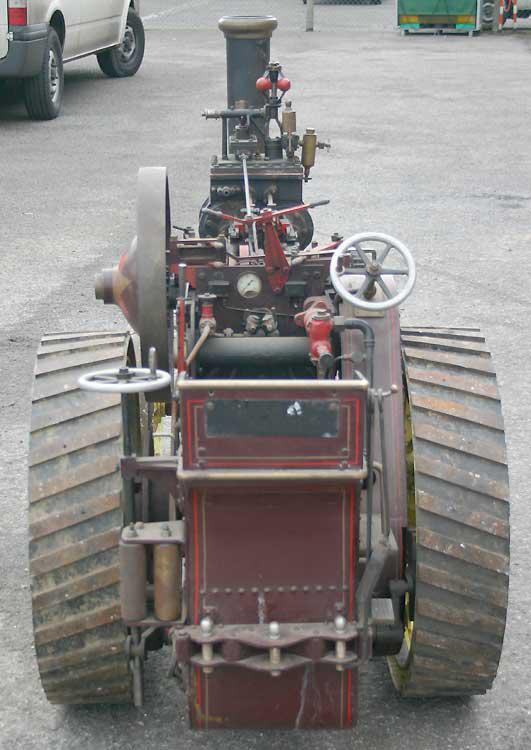 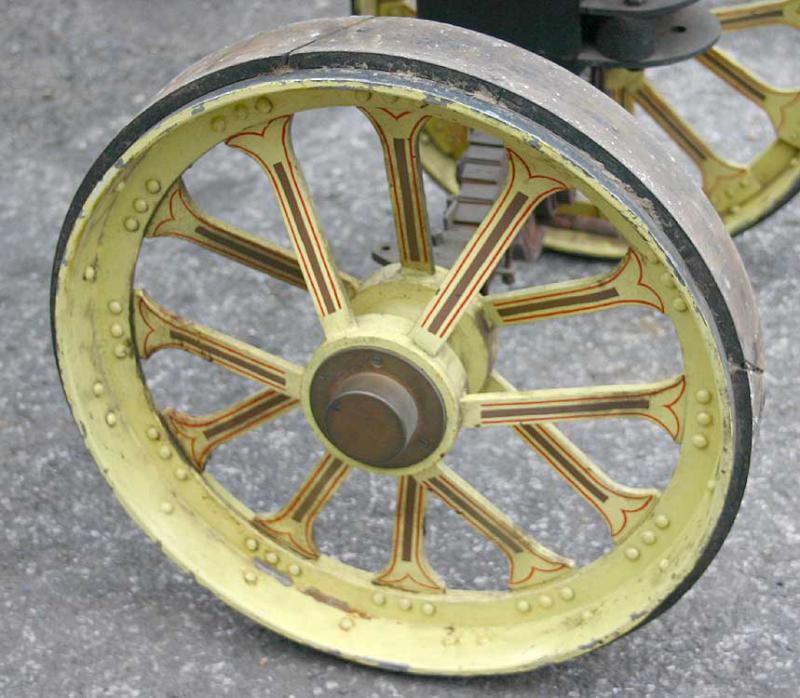 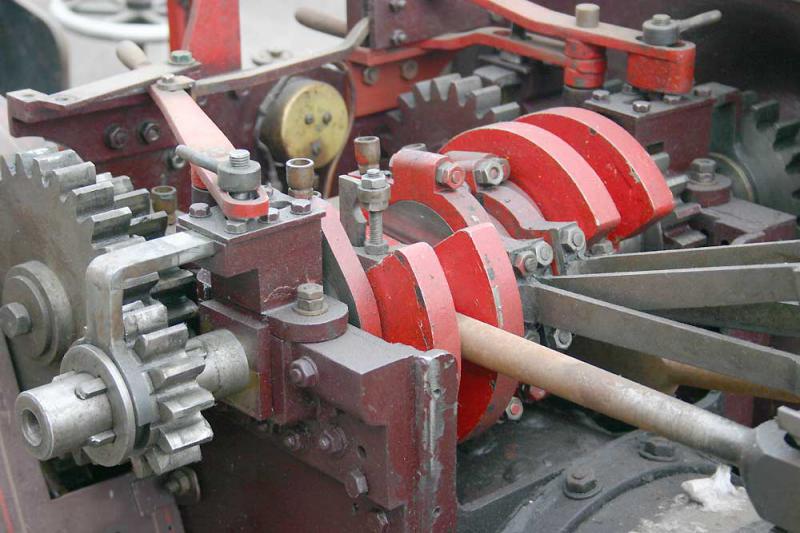 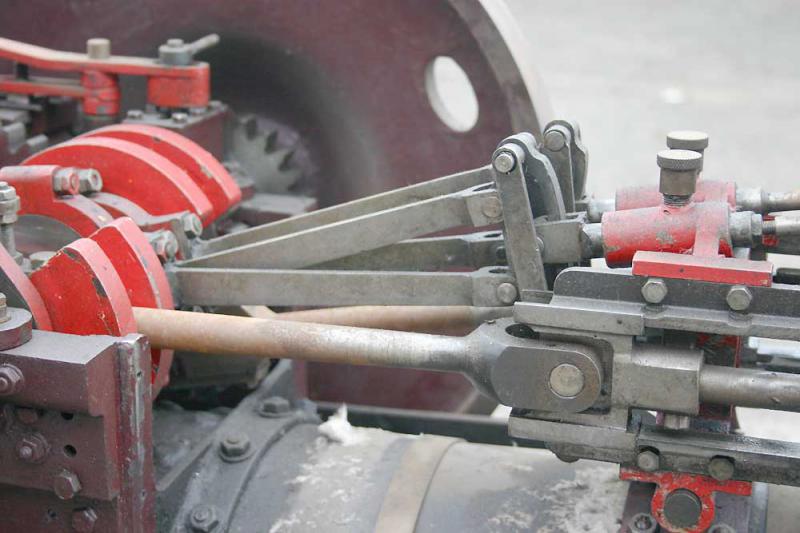 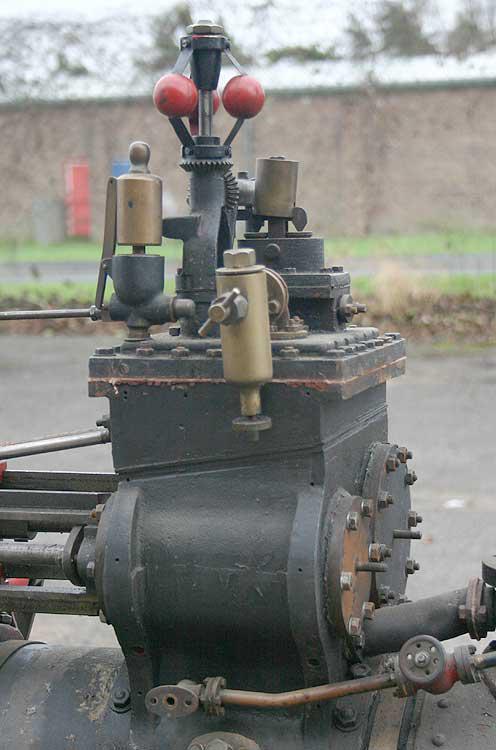 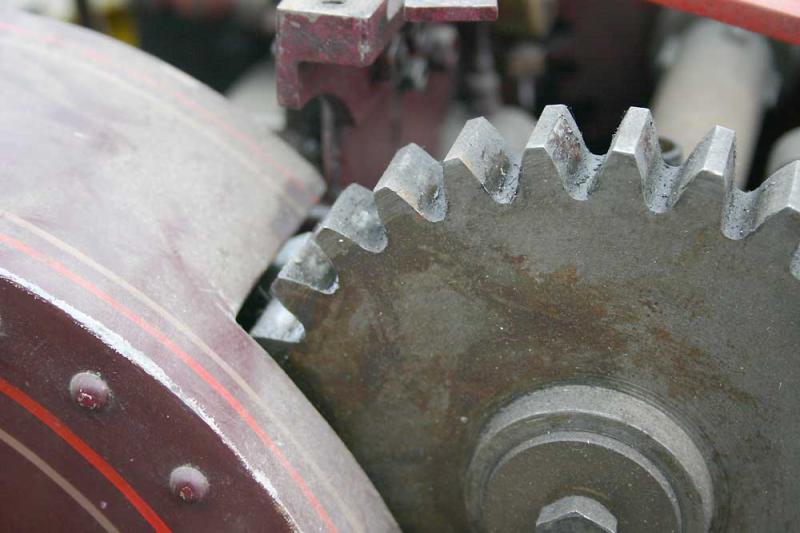 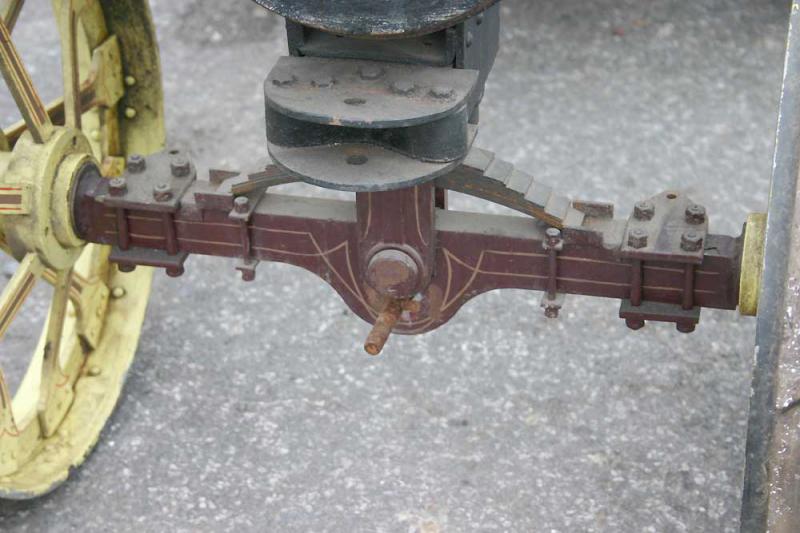 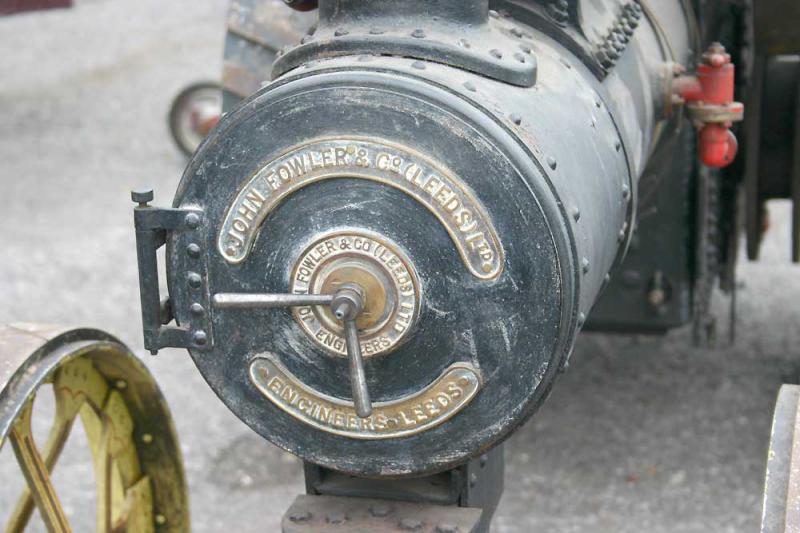 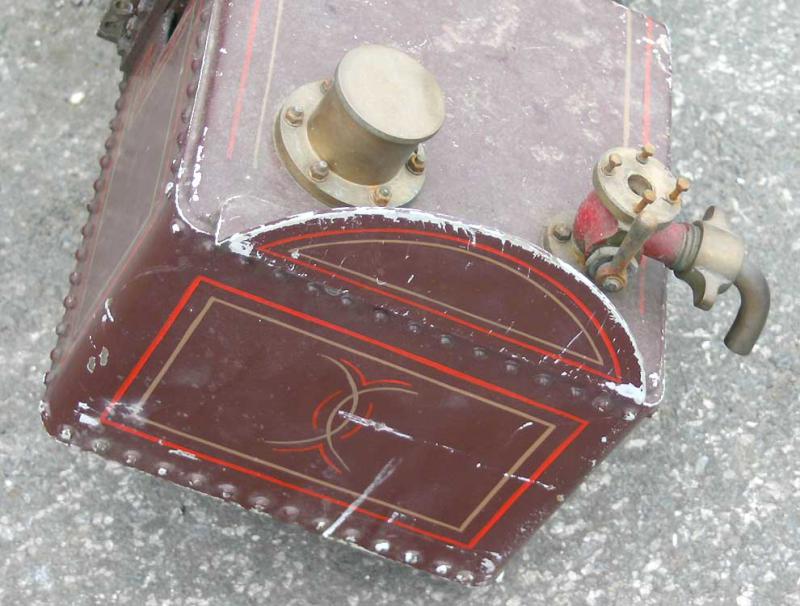 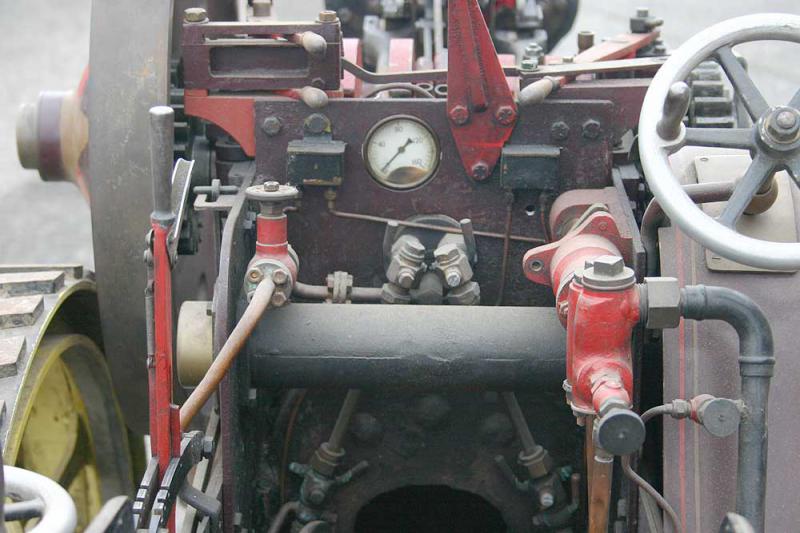 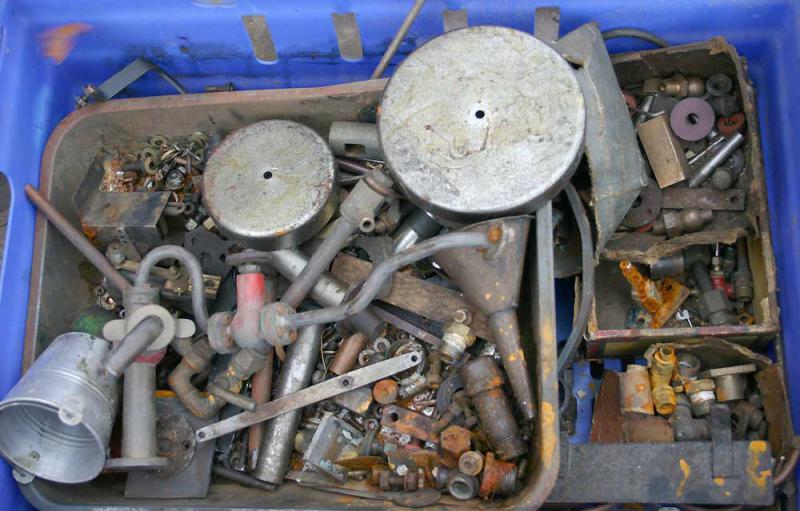 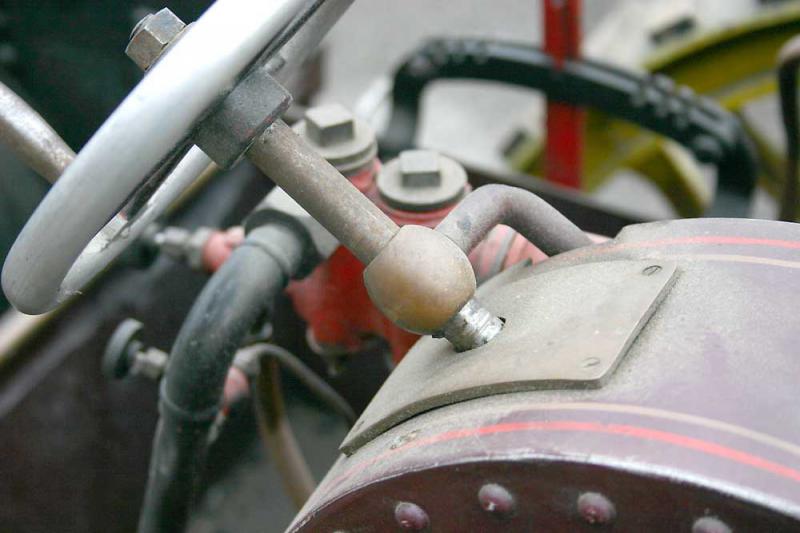 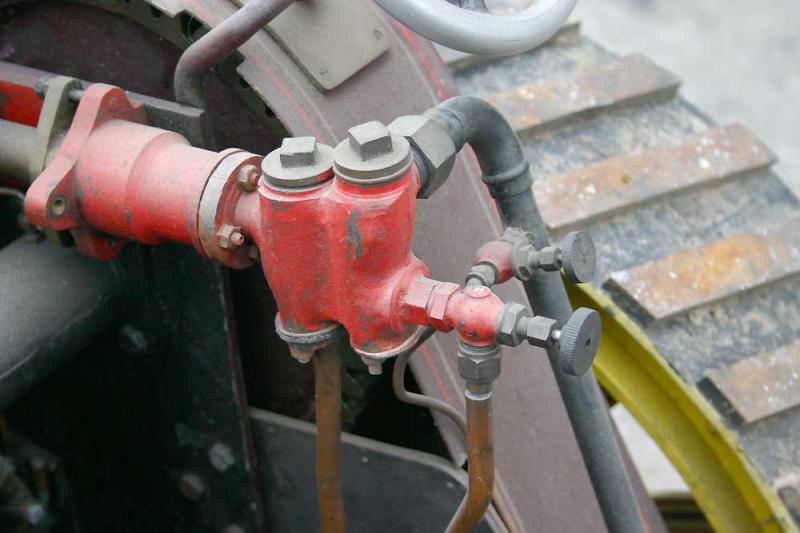 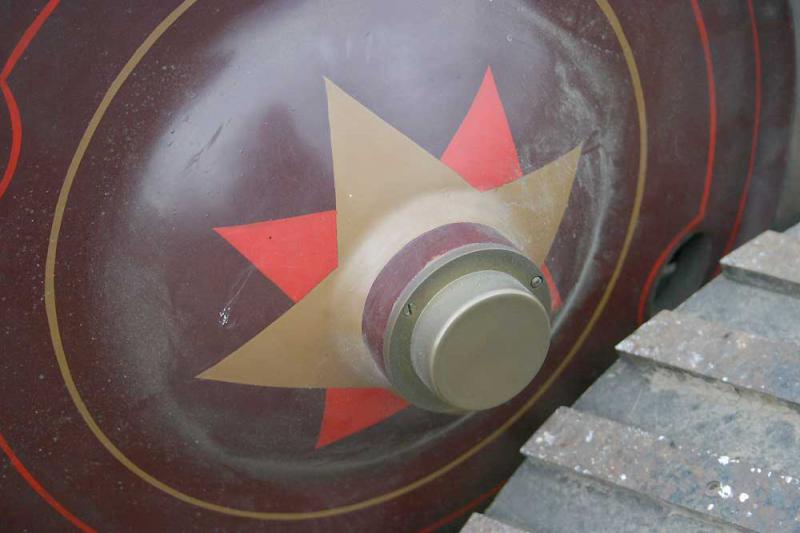 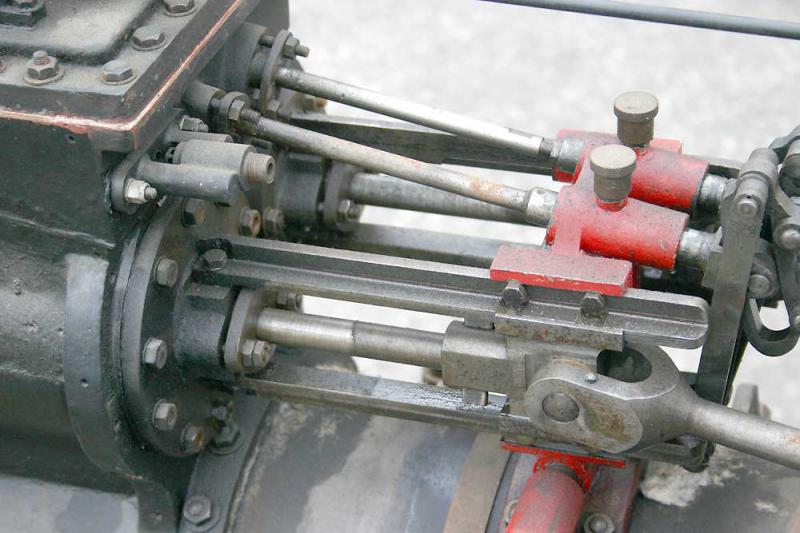 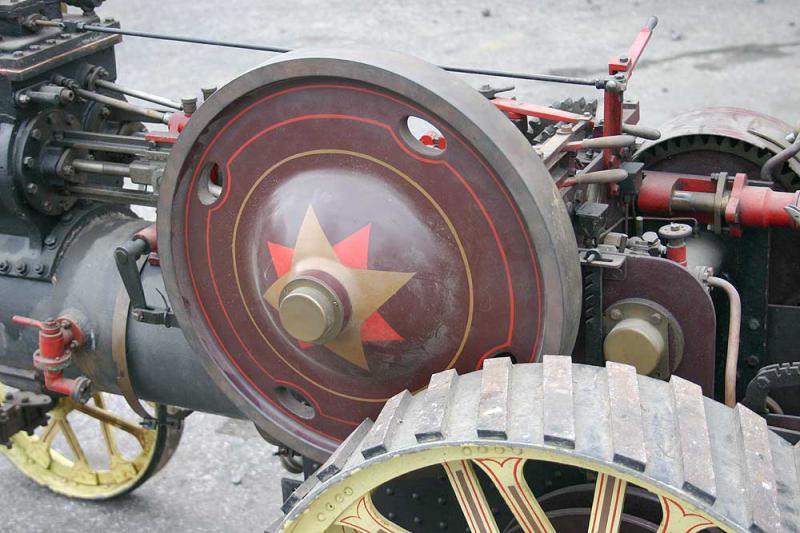 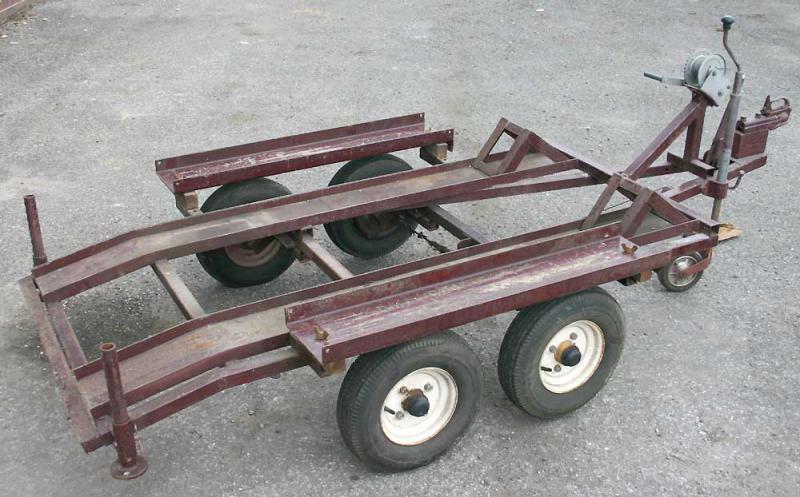 Another "barn find" engine, this one built by a gentleman in Berkshire who had already put together a 3 inch Burrell before starting on something much bigger with this 4 inch scale Fowler. From the condition of the boiler, gears and motionwork it was little used after completion, the builder died after which it passed to his son whose interest was classic cars rather than steam. Both engines were laid up in an old shed where they gently faded away until emerging last year.

The engine is complete, it has been stripped of its belly tank and boiler cladding for the boiler inspector, it has had a twice pressure hydraulic test and steam test. The steel boiler has expanded tubes, feed by injector and crankshaft driven pump. Twin cylinder double crank engine with displacement lubricator - there is a mechanical lubricator in a large box of parts with the engine which may at some time have been fitted. Three speed transmission with differential, winch behind nearside rear wheel with fairleads on tender.

It could be cleaned and reassembled to running order very quickly, however it would be worth stripping and repainting, possibly fitting rubber tyres at the same time. The engine is complete with a fitted tarpaulin and custom-built road trailer.