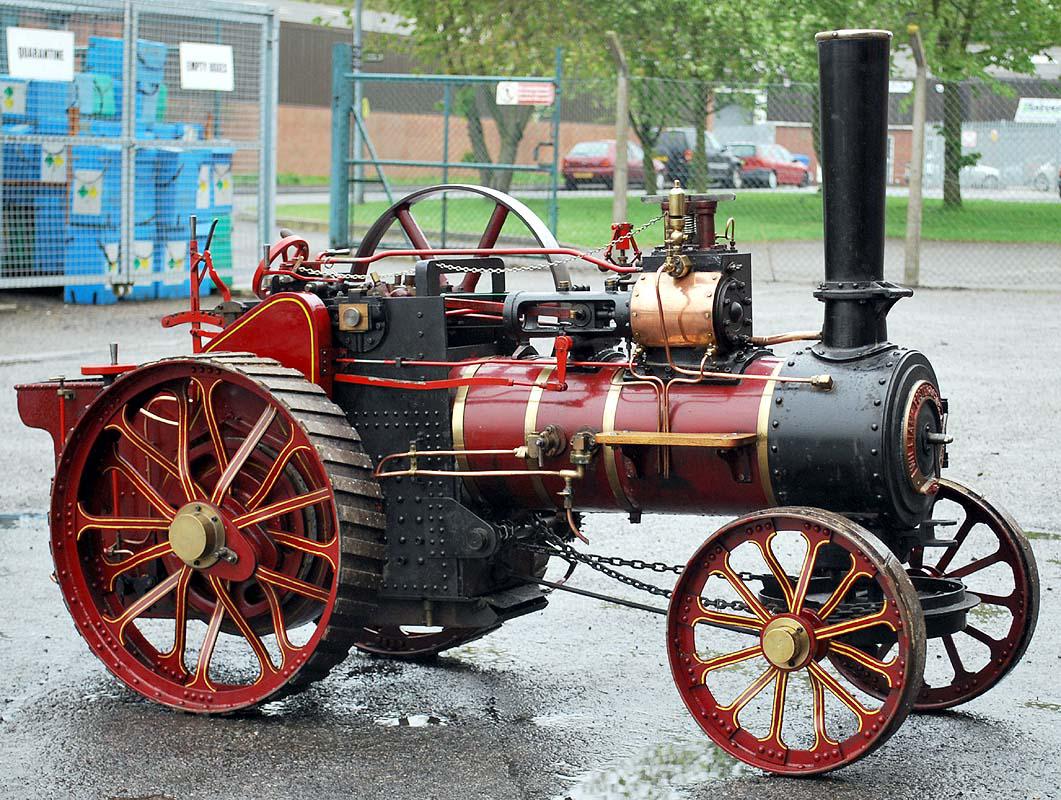 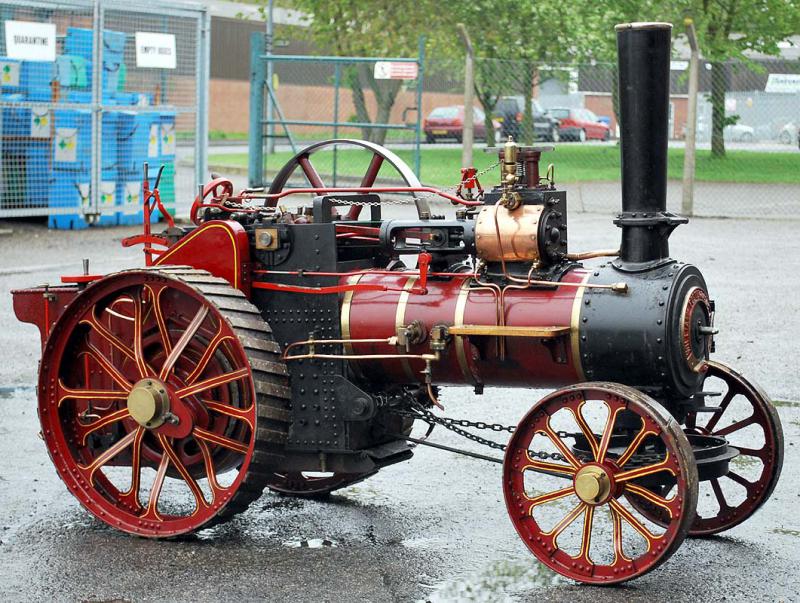 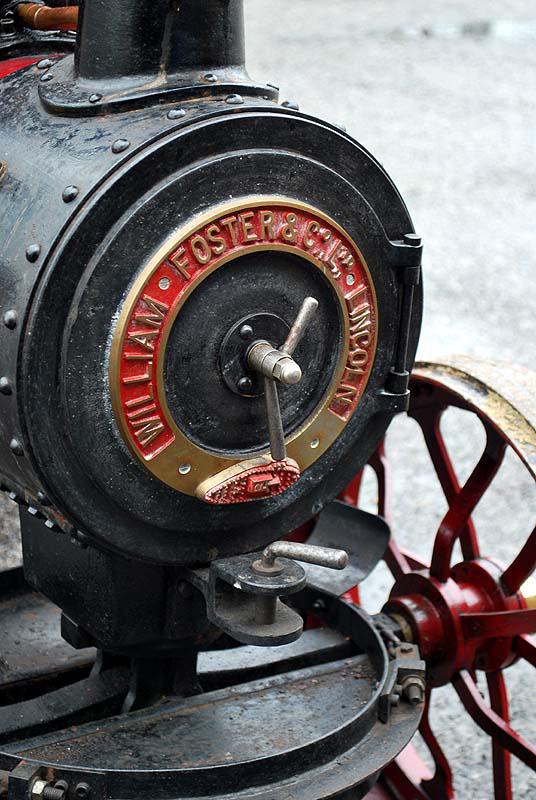 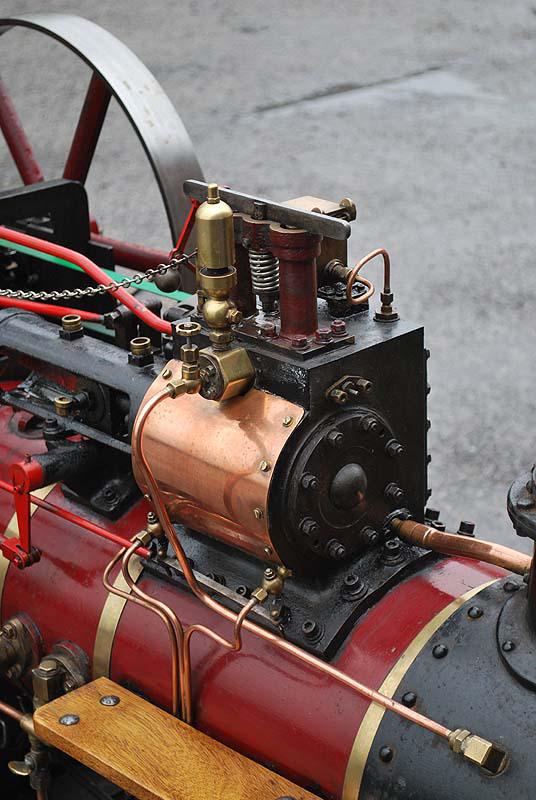 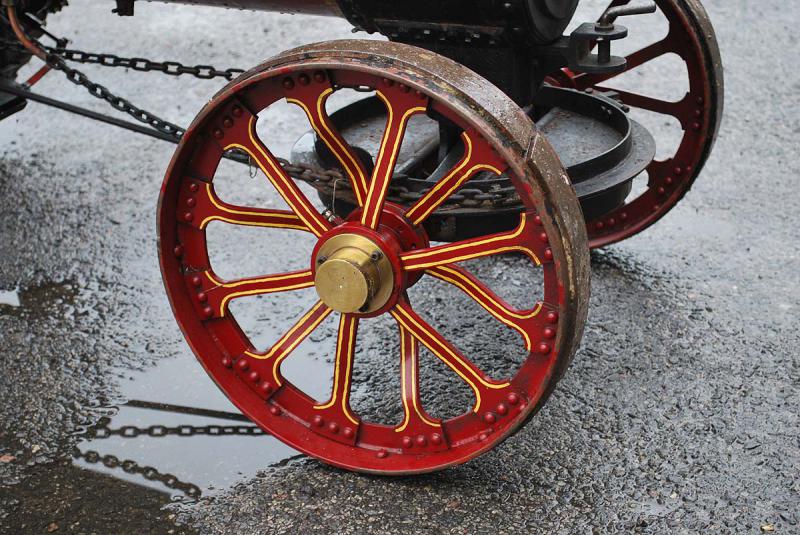 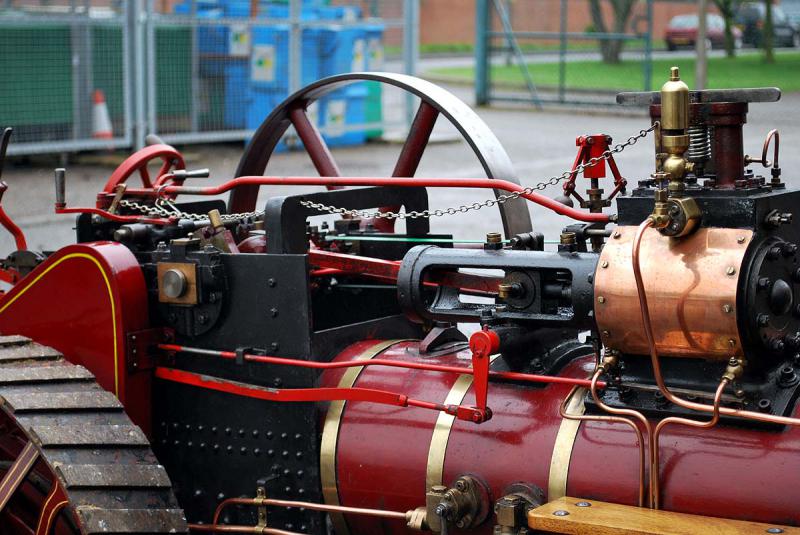 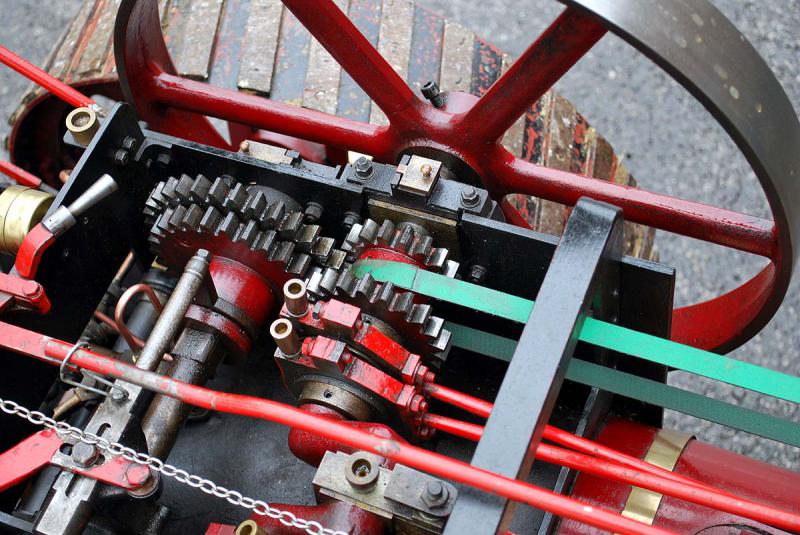 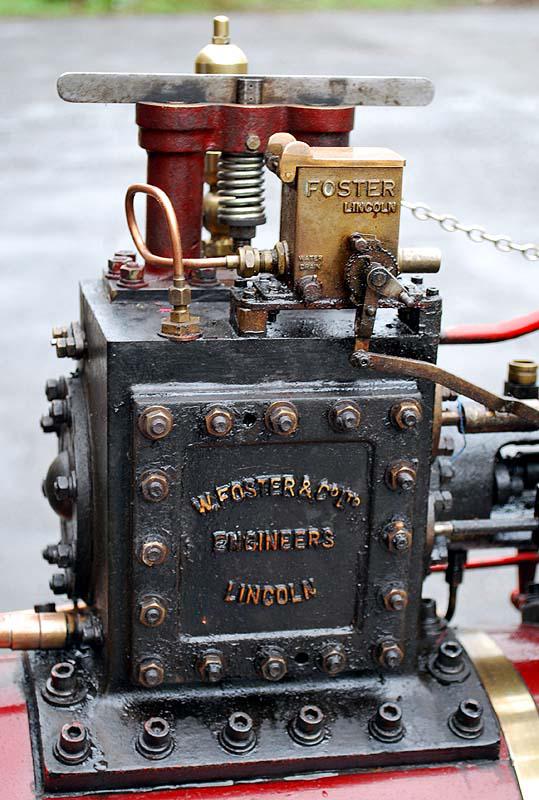 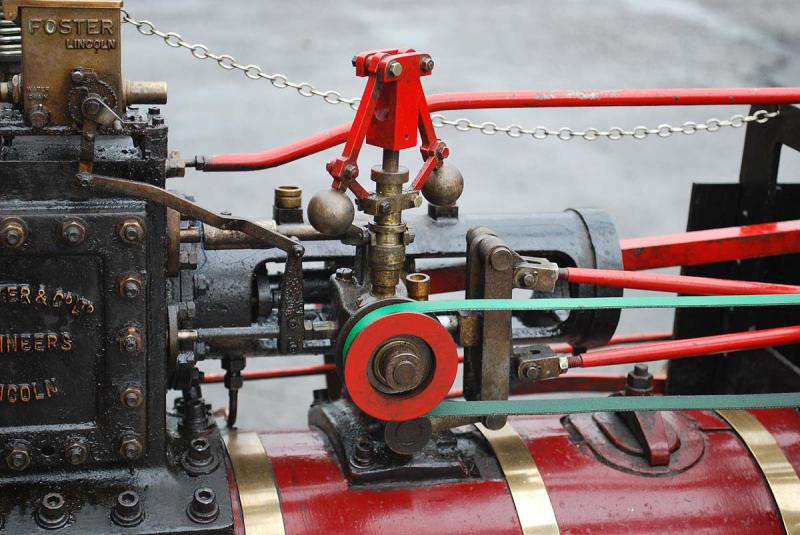 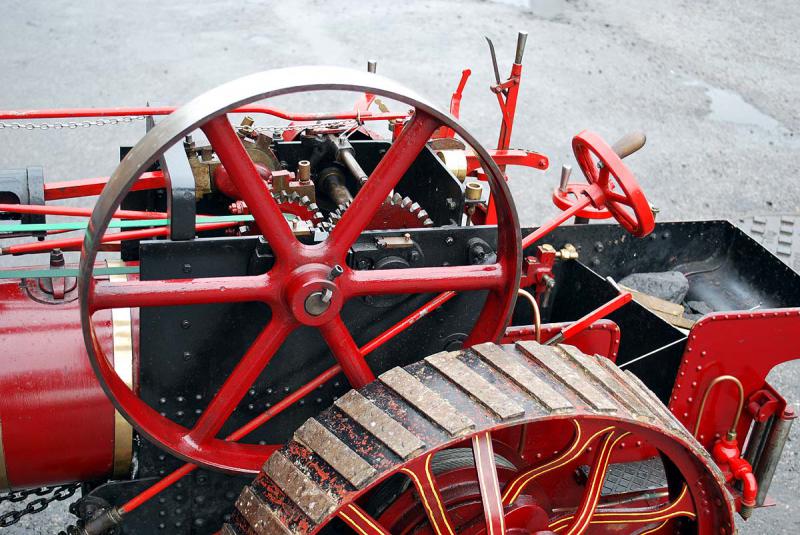 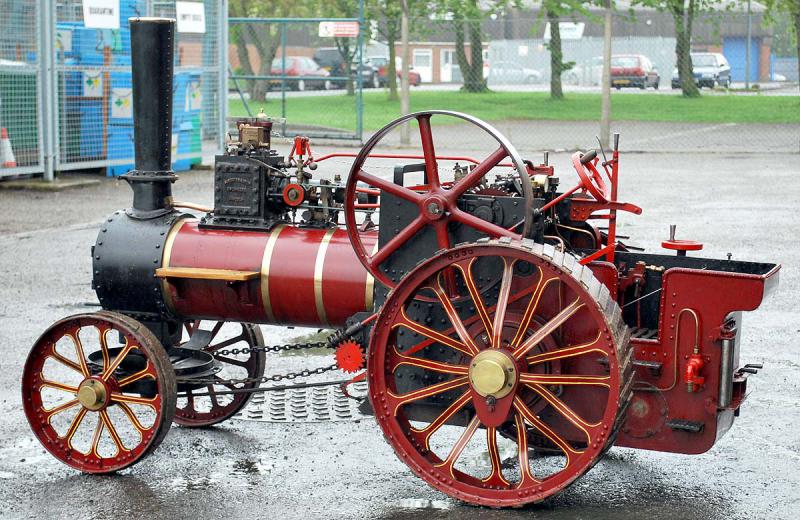 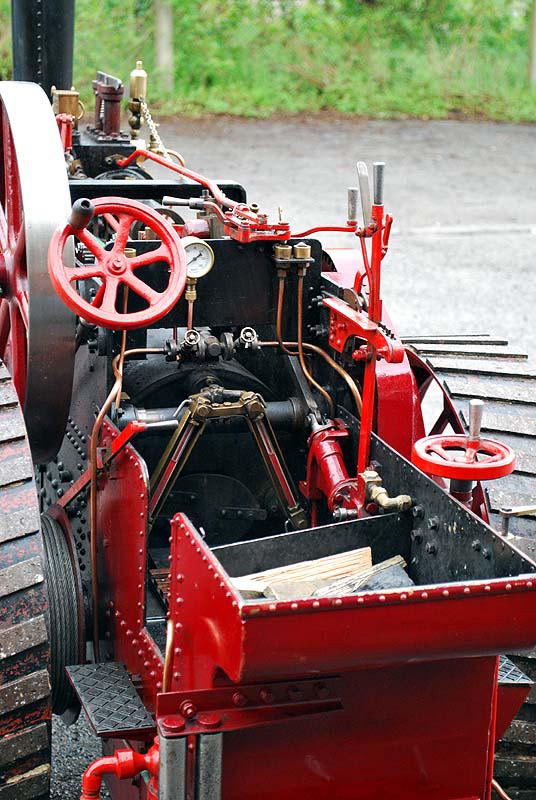 I sold this engine in 2004, it's recently returned and must be one of the least used Fosters I've ever had. Completed in 1998, it hadn't been steamed when it first came to me. It went on to a man who ran it in his garden half a dozen times in 2005, after which illness prevented him using it further - it was drained and laid up in a shed where it has stayed ever since, in pretty much exactly the same condition as when he bought it. We've steamed it this afternoon (cold, wet and miserable up here, Ashley and I needed something to cheer us up) and had a thoroughly good time playing with it. Despite the grotty cosmetics, underneath is a really well put together engine that runs particularly well - mechanically it's in as-new condition, fit and finish of the motionwork is good, bearings are all tight, gears are quiet.

Words below are from the archive (you can see the original listing for it here), pictures were taken this afternoon, there's a clip of Ashley running around on it here.

Rather a sad story this one.

Built by a gentleman in the Midlands, this engine was finished six years ago. It was run once or twice on air but unfortunately the builder didn't live to see the fruits of his labours. Pushed into an outside shed and left, the intervening years have not been kind to either brightwork or paint. Everything finished in polished steel on the original is now covered in surface rust, the paint is still just about presentable but the engine really merits stripping and repainting.

That's the bad news, now on to the upside:

It's well made and fitted, built to the Live Steam Models design and using their castings. LSM also machined the flywheel, gears and cylinder block. The boiler is beautifully made, welded steel with expanded in tubes. It has been ultrasonically tested, hydraulic tested to twice working pressure and a new certificate issued. The boiler is fed by a mechanical pump driven from the second shaft and an injector. There is a water lifter fitted to the left hand side of the tender.

The engine has been steamed once, ever (this afternoon - first time I've ever put a fire on a brand new grate in a four inch engine!). It sat and ticked over outside the workshop for an hour and, apart from putting some gland packing on the piston rod and tweaking up the water gauges to stop drips, it ran very nicely "straight from the box" as they say - a tribute to the builder.

Despite the grotty appearance, underneath the grime is a brand new engine waiting to be liberated. It could be rallied all this season, simply taking bits off to clean them between outings. A repaint over next winter would produce a fine looking engine for the 2005 season - with careful use and routine maintenance, this engine will give many years of service before requiring significant attention.